15 Best Movies Of Salman Khan That You Absolutely Can not Miss!

Salman Khan is one of the most famous and most promising actors in Hindi Cinema who has given innumerable hits and conquered the box office for decades. He has also amassed a huge fan following of himself and his stardom is always soaring higher and higher. Originally kickstarting his career with Biwi Ho Toh Aisi in 1988, Salman Khan became a household name in the coming years and the world wasn’t ready for his stardom to explode.  Even though there are uncountable record-breaking films of “Bhaijan” that you shouldn’t miss, but on the special occasion of his birthday, we’ve handpicked the 15 best movies of Salman Khan that deserve to be watched over and over again!

Unanimously hailed as Salman Khan’s best in terms of its’ storyline and screenplay, Bajrangi Bhaijaan follows the story of a man named Pavan, Lord Hanuman’s devotee, who goes on a mission to reunite Munni, a Pakistani girl who gets lost in India, with her family in Pakistan, but their ordeal is dull of adventures and challenges. This film was awarded the National Film Award for Best Popular Film Providing Wholesome Entertainment at the 63rd National Film Awards. 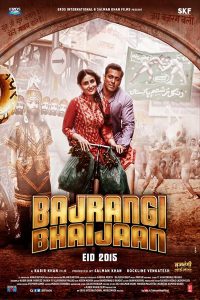 This Indian musical romantic-comedy film is declared a cult classic of Hindi cinema. Written and directed by Sooraj Barjatiya, this film follows the story of Prem, who falls in love with Nisha, his elder brother’s sister-in-law, and wants to marry her. But things take a different turn when Rajesh’s wife passes away after accidentally falling from the stairs. Nisha is asked to get married to Rajesh for the sake of the baby and Prem and Nisha decide to put their love on the line. 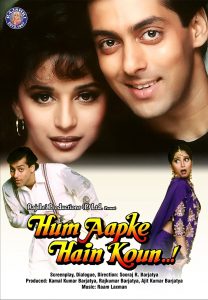 Another romantic comedy film by Suraj Barjatiya that made Salman Khan an overnight star was Maine Pyar Kiya. This film explores the story of Prem, who falls in love with Suman simply to be torn apart by family differences. However, Suman’s father is willing to give prem a final chance where he has to prove he is worthy of Suman.  It was a Superhit and was declared as the ‘All Time Blockbuster’ by the box office of India. 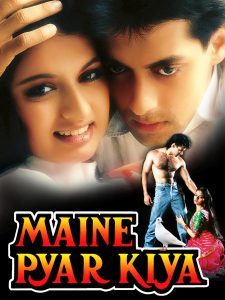 This film gave Salman Khan the famous title of “Dabangg Of Bollywood”. Dabangg is an Indian cop drama and action film directed by Abhinav Kashyap and stars Salman Khan and Sonakshi Sinha in lead roles. This is the story of Chulbul Pandey, a Supercop who’s got his own way of handling corruption. His opponent Chhedi Singh manages to create a wedge between Chulbul and his step-brother and uses it to his benefit. Undoubtedly, Dabanng is one of the most entertaining and best movies of Salman Khan. 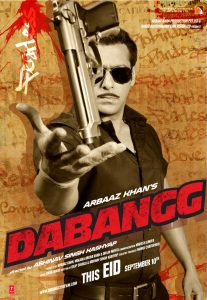 Sultan is an Indian romantic sports drama film where Salman Khan headlines the title role of Sultan Ali Khan, a middle-aged wrestler who abandons the sport after his son’s death. But years later, circumstances compel him to relaunch his career and regain his lost dignity. This film was a blockbuster at the box office and was one of the highest-grossing Indian films of all time. 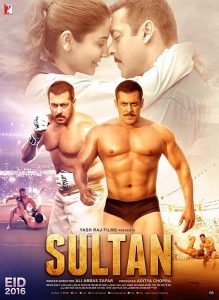 Judwaa is an action comedy film that is truly a fan favourite till date. Starring Salman Khan in a double role, Judwaa follows the story of twin brothers who get separated at birth and meet years later and fall in love with different girls. The events that follow will make go ROFL, literally! 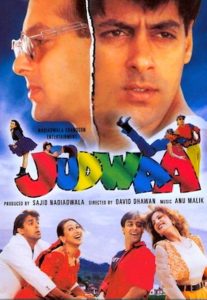 Andaz Apna Apna stars the lethal duo of Salman and Amir Khan, who play the roles of two small-town boys who dream of marrying a wealthy girl who has returned from London to find a groom for herself. Both decide to flee their city to go to the city where the girl lives, in a bid to seduce her, to get a portion of her family’s wealth and their paths cross for the first time. As they try to conquer her affection, new barriers and opponents emerge to make their task far more difficult than it ought to be. 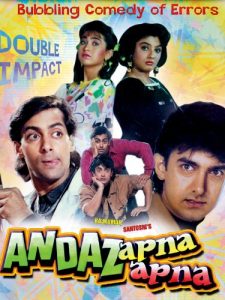 Hum Dil De Chuke Sanam is a cinematic fairytale in terms of its drama, music, and comedic timing.  A young artist comes to a classical Indian musician’s family in order to study the art form. Having held a grudge against him at first, the musician’s daughter eventually falls in love with the man, and they both vow to marry each other. But her father disapproves and banishes the student from their home leading to an entirely new set of events to unfold after this. 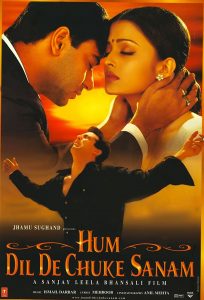 Karan Arjun was Salman Khan’s most famous film in the 1990s. Starring the iconic duo of Salman and Shahrukh Khan, it was the second-biggest film that year at the box office.  Based in a small village, a destitute single mother raises her two boys who are killed by the relatives of her dead spouse. The boys are reincarnated after 20 years, but his time they are rivals who are thirsty for each other’s blood. Will they be able to discover their former past as siblings or will one another end up killing the other? This film will keep you on the edge of your seat till the last minute. 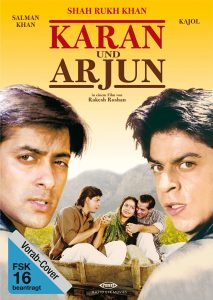 This film proved Salman Khan’s range as an actor as it put his acting chops to test. Salman Khan brilliantly portrays the character of Radhe who gets madly infatuated with a young girl Nirjara, in Tere Naam but head damage causes him to lose his mental capabilities. Radhe is then sent to a refuge and when he comes back, tragedy strikes him again. This film is one of the best movies of Salman Khan and a real tearjerker. 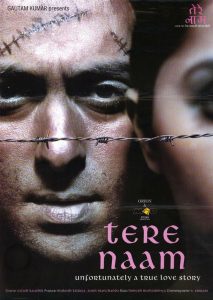 This film helped to revive the drooping career of Salman Khan after having gone through a lull. Wanted revolves around a young IPS officer, who impersonates a criminal to invade the mob. It was a huge success at the box office. This is one of the best movies of Salman Khan and my favourite too. 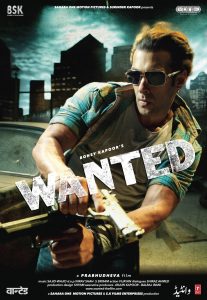 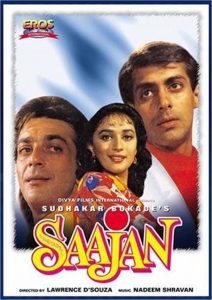 Starring Salman Khan and Kajol in pivotal roles, Pyaar Kiya Toh Darna Kya revolves around the character of Suraj who falls in love with Muskan and reciprocates his feelings. However, all he’ll breaks lose when her possessive elder brother comes to know about this and he begins to take an immediate dislike for Suraj. Now, in order to Marry Muskan, he must first prove his worth to get his brother and uncle in this journey isn’t going to be easy for Suraj. 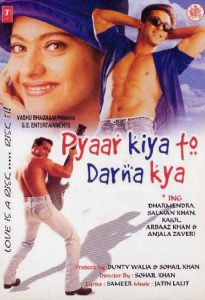 This one is an absolute joyride! Salman Khan is joined by Akshay Kumar in this fun film where Sameer, a stubborn man, relocates to Goa and finds himself falling for a beautiful girl Rani. However, Sunny, his roommate takes a liking for Rani as well and tries his level best to destroy Sameer’s luck with her. But this is followed by a twist! 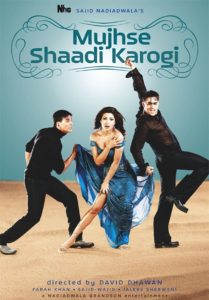 Hum Saath Saath Hain explores the various dynamics among a family and how things can go south if you let every opinion influence your decision-making skills.

Ramkishan and Mamta live happily together with their three sons. But when their daughter is confronted with a tragedy, a misguided Mamta gets provoked by her close friends, and she sours her heart towards her stepson Vivek. She conspires to deprive him and his wife out of the family fortune, creating a breach in the once happy family. 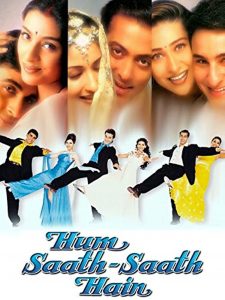 So, these were, what we think, the 15 best movies of Salman Khan that are absolutely unmissable. Tell us what you think of this list and if you have another film to add to this list, go ahead!

12 Best Indian Documentaries Of 2022 To Add To Your Watchlist

3 Places Where We Need to See India In Media