Illustrated by Masashi Kishimoto, Naruto is one of the most popular manga all over the world. Its subsequent anime series has also gained insurmountable popularity and a huge fan base. The story revolves around Naruto Uzumaki a ninja who dreams of becoming the leader (Hokage) of his village. This coming-of-the-age ninja-themed manga series has more lessons to teach than what appears on the surface. Most people have considered the experience of reading this manga or watching the anime as life-changing. Let’s have a look at some of the best Naruto quotes that will make you fall in love with the manga and its anime. Dattebayo!

Also read: 20 Best Anime Quotes That Will Enliven The Weeb In You!

1. “If you don’t like your destiny, don’t accept it. Instead, have the courage to change it the way you want it to be.”– Naruto Uzumaki 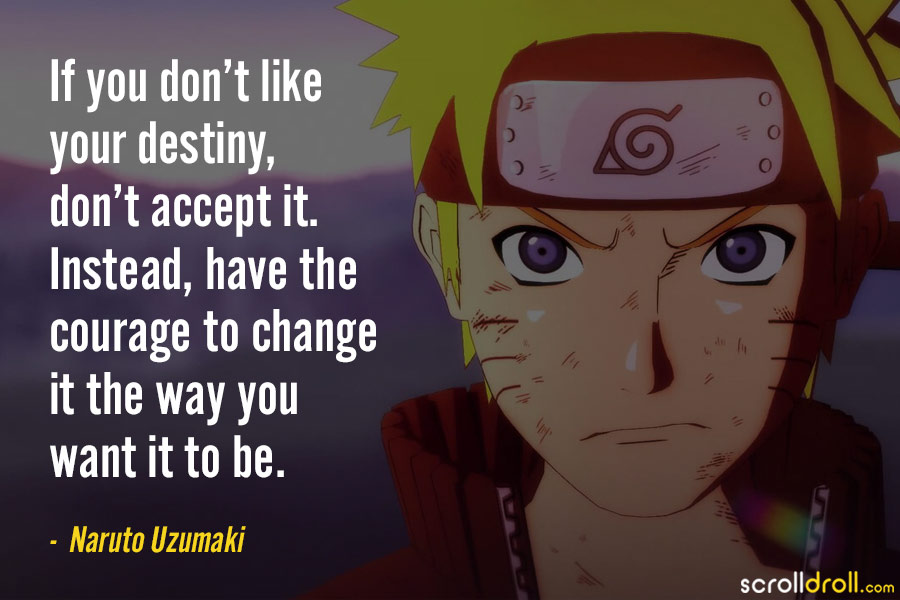 2. “If you don’t share someone’s pain, you can never understand them.” – Nagato 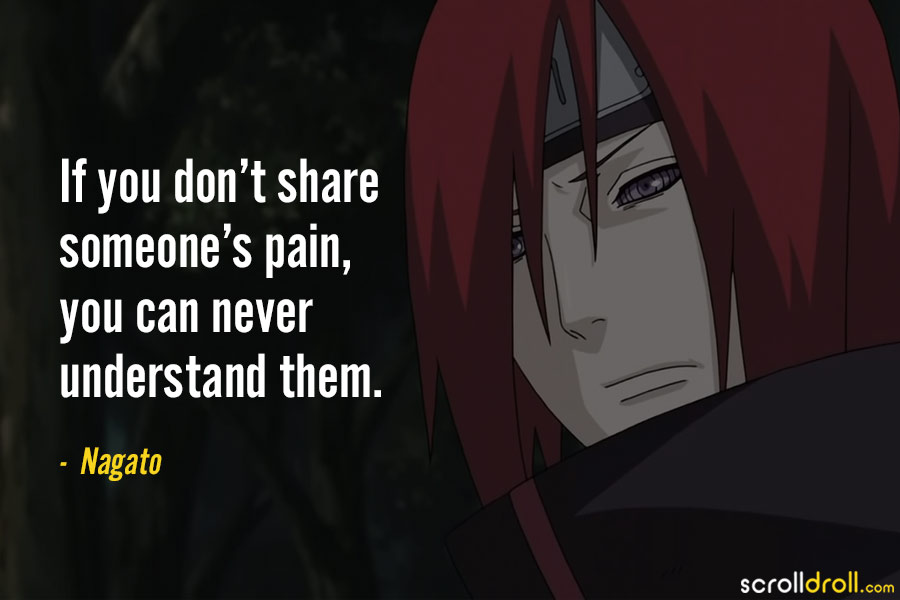 3. “A place where someone still thinks about you is a place you can call home.” – Jiraiya 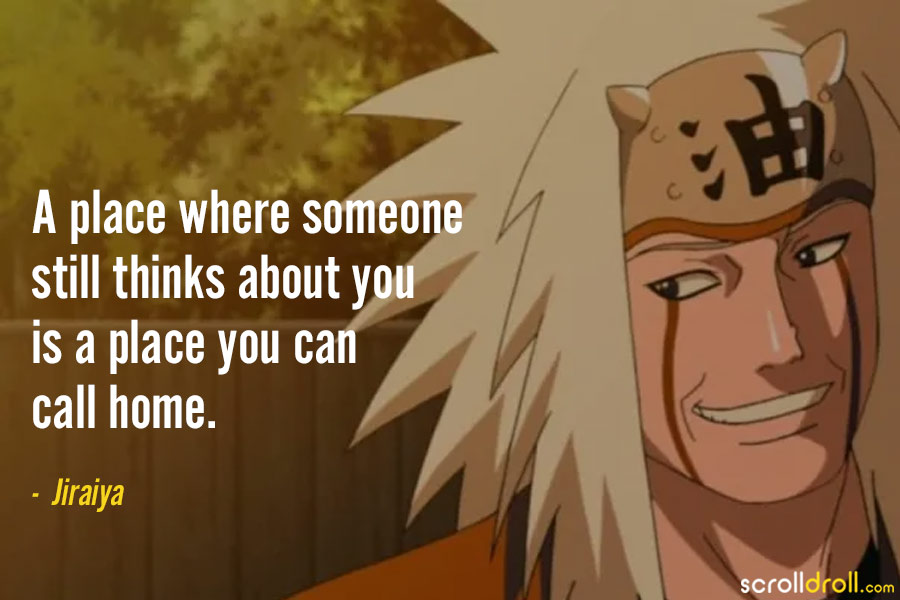 4. “In this world, wherever there is light – there are also shadows. As long as the concept of winners exists, there must also be losers. The selfish desire of wanting to maintain peace causes wars, and hatred is born to protect love.” – Madara Uchiha 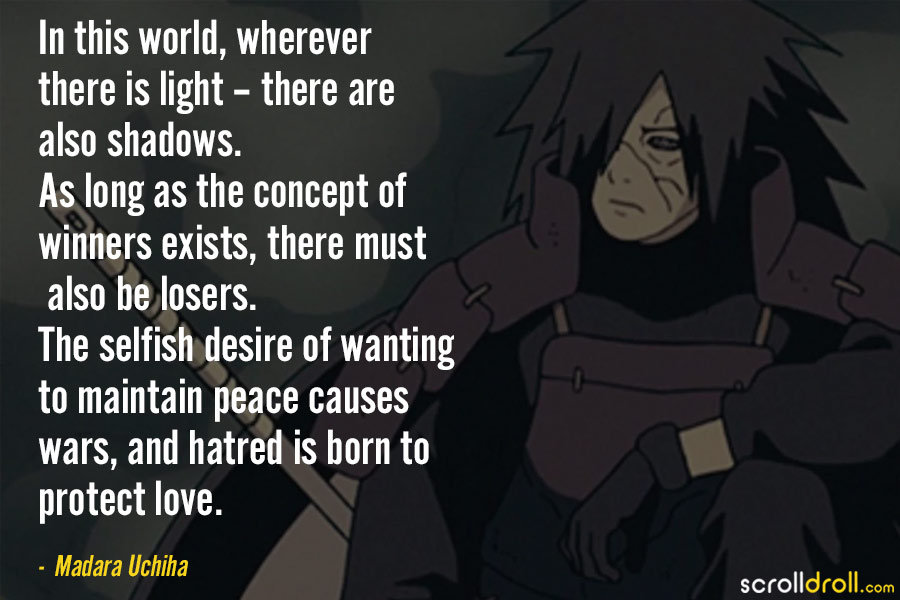 5. “Once you question your own belief, it’s over.” – Naruto Uzumaki 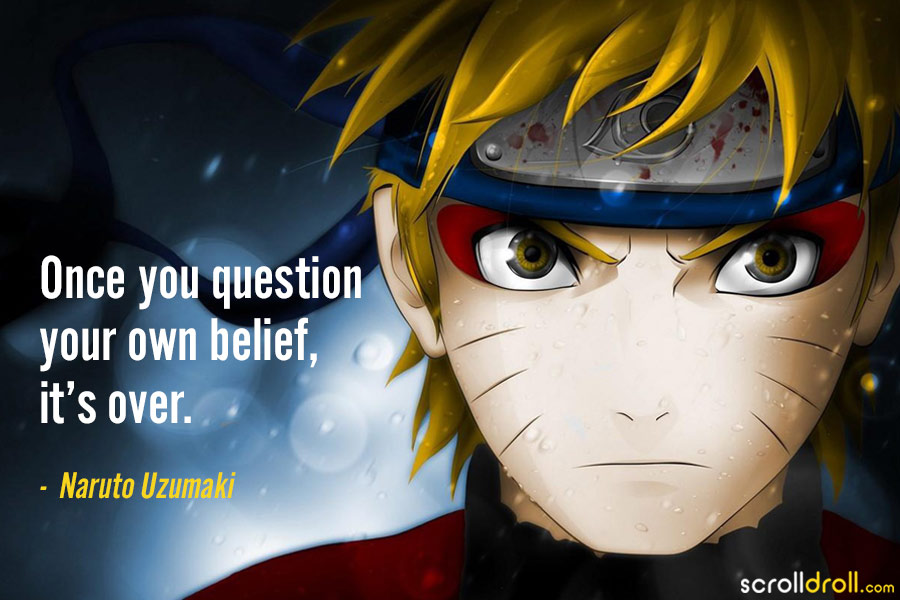 6. “Often people have it wrong, mistakenly believing… that showing mercy to an enemy is kindness. They spare the foe whose life is in their hands. But don’t you see? It’s an empty existence, to go on living… alone and unloved… when defeat’s already cost you your dream!” – Haku 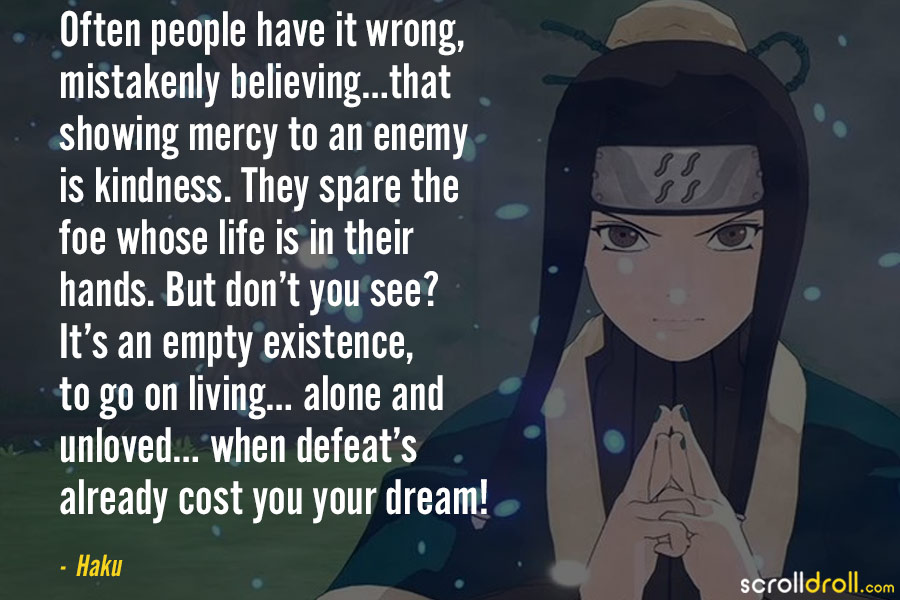 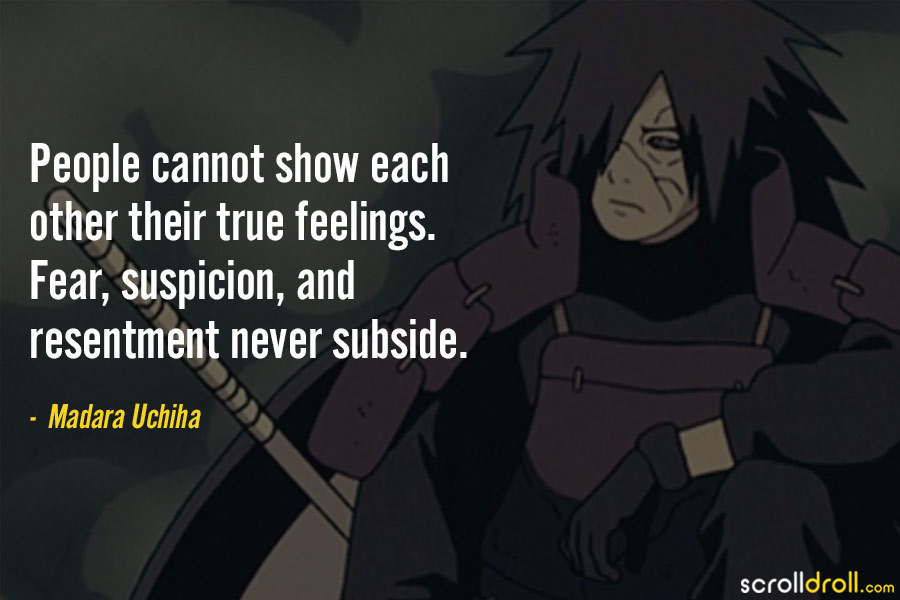 8. “The moment people come to know love, they run the risk of carrying hate.” – Obito Uchiha 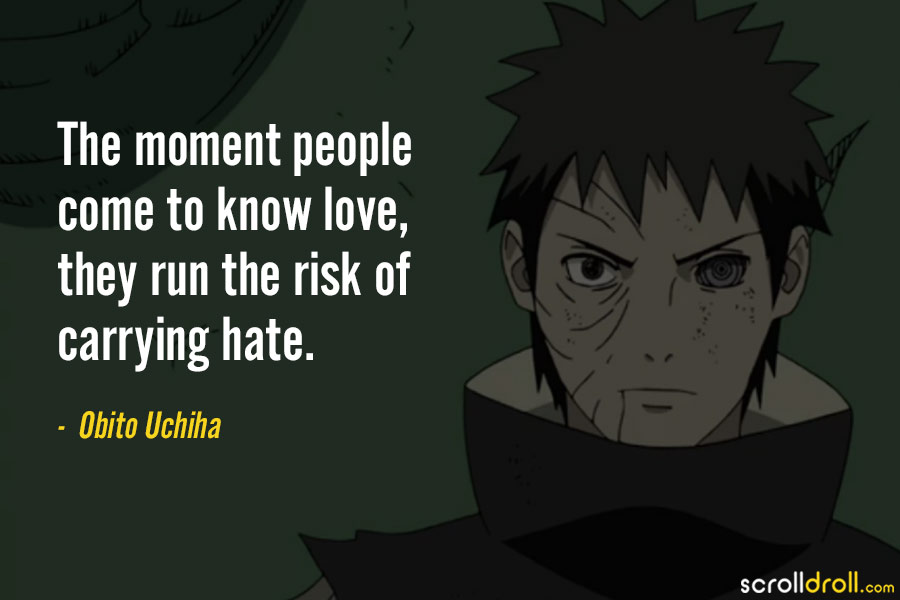 9. “Maybe, just maybe, there is no purpose in life… but if you linger a while longer in this world, you might discover something of value in it.” – Orochimaru 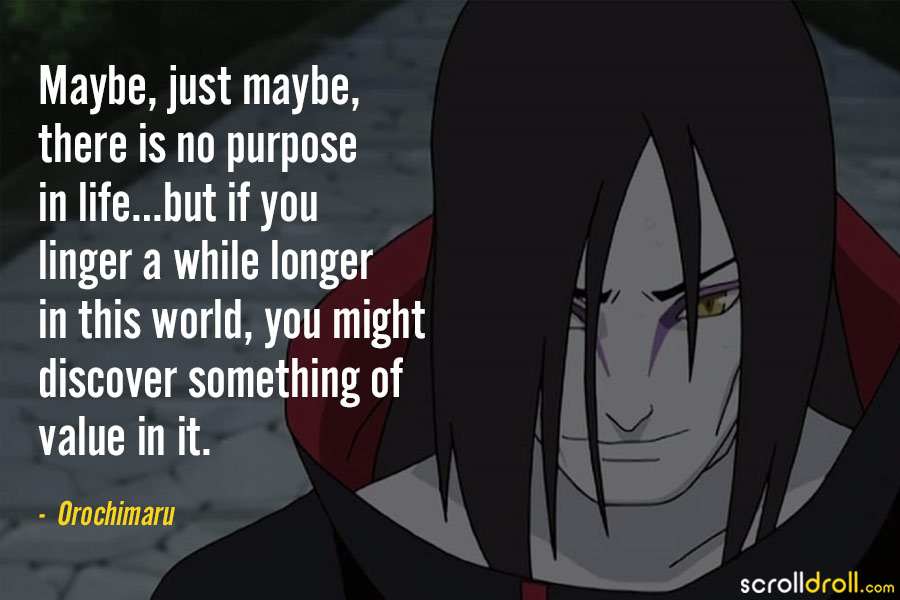 10. “The longer you live… The more you realize that reality is just made of pain, suffering, and emptiness.” – Madara Uchiha 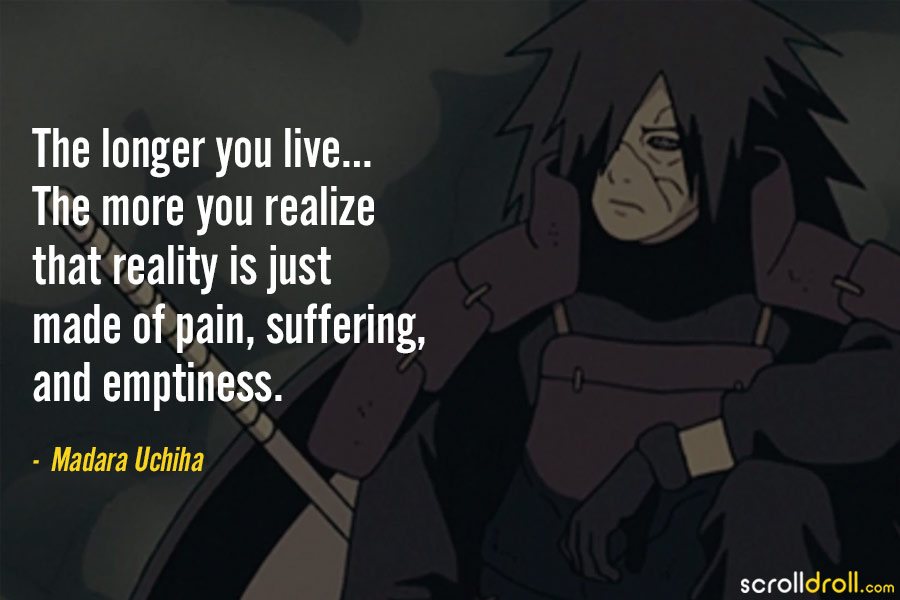 11. “Never give up without even trying. Do what you can, no matter how small the effect it may have!” – Onoki 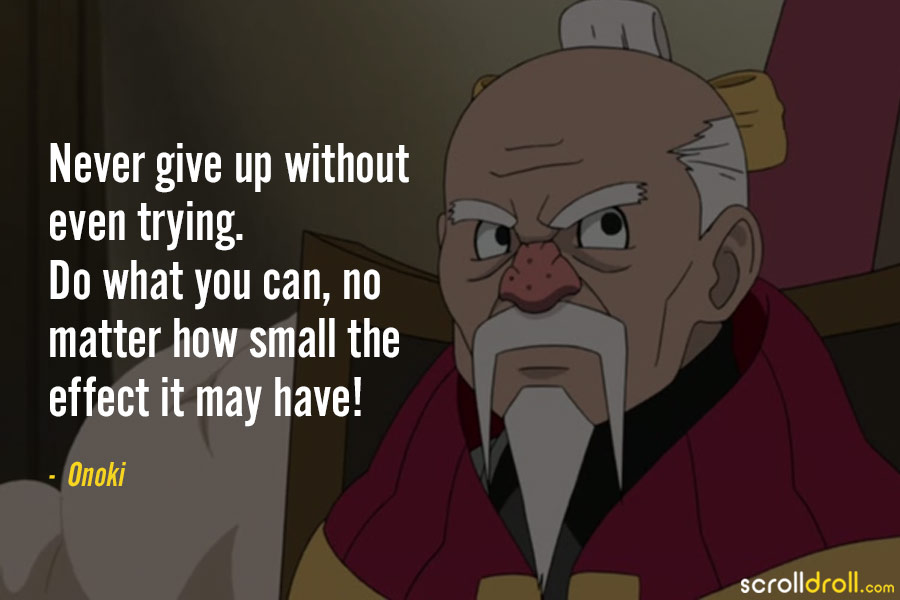 12. “A person grows up when he’s able to overcome hardships. Protection is important, but there are some things that a person must learn on his own.” – Jiraiya 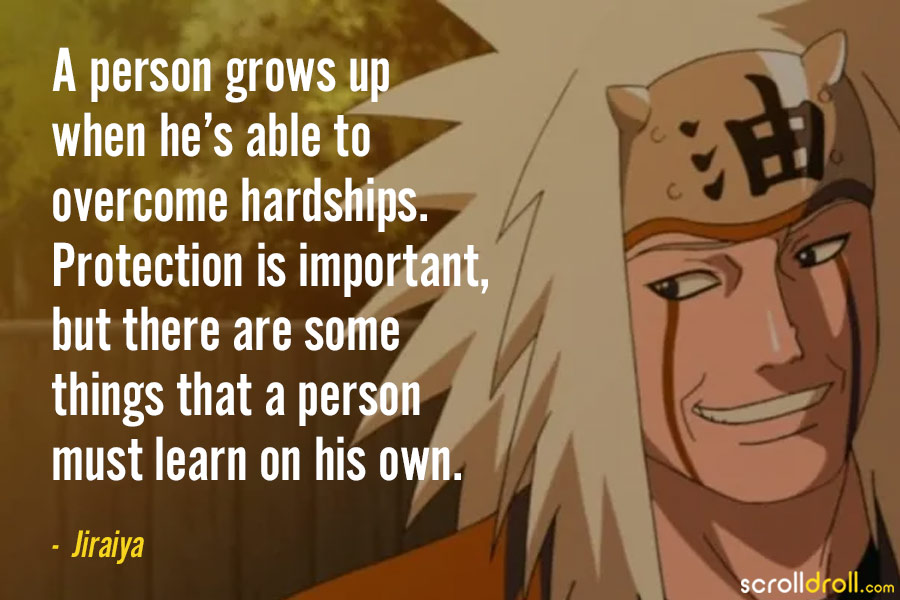 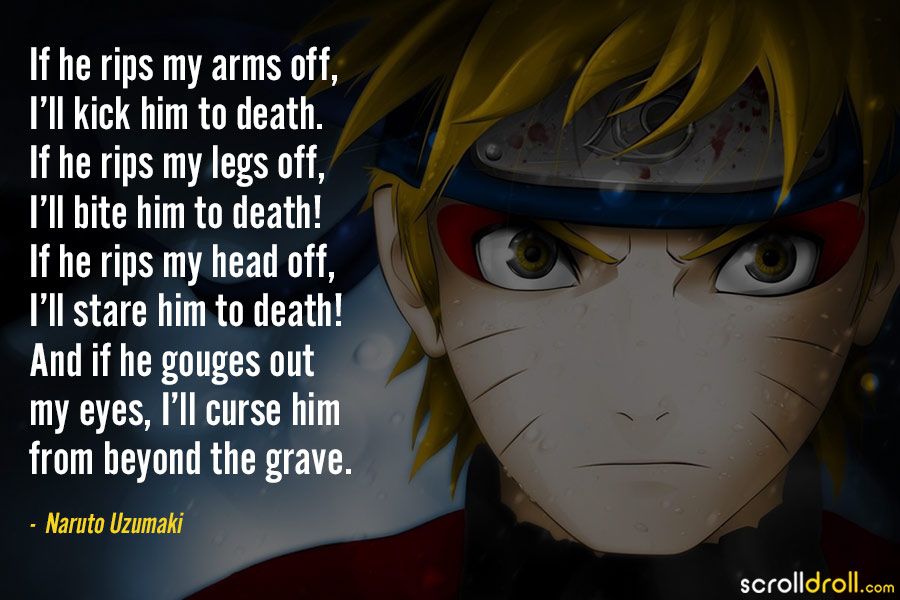 14. “The many lives lost during long years of conflict… because of those selfless sacrifices, we are able to bathe in peace and prosperity now. To ingrain this history within the new generation will be a vital cog in helping to maintain the peace.” – Naruto Uzumaki 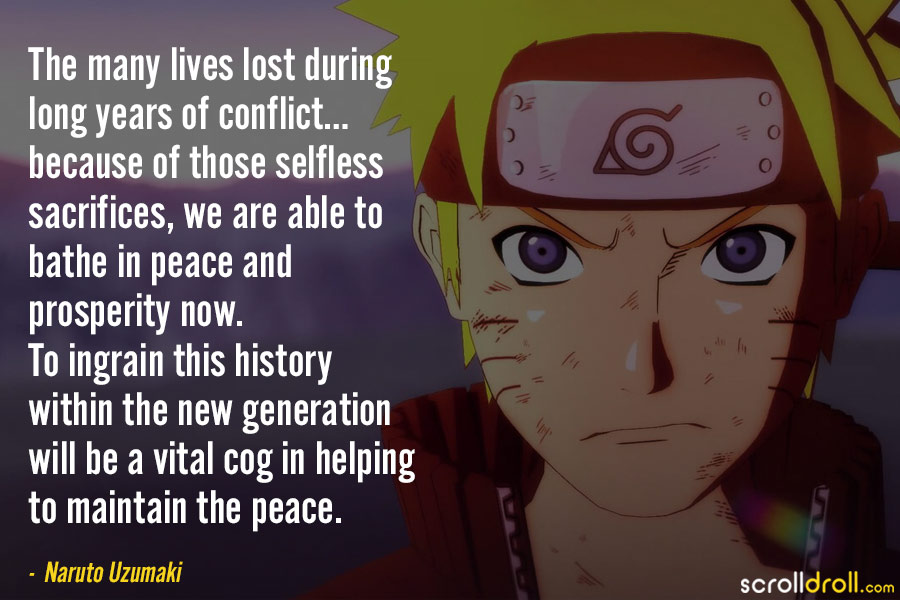 15. “If comrades that you trust gather around you, hope can take physical form and become visible. That`s what I believe.” – Hatake Kakashi 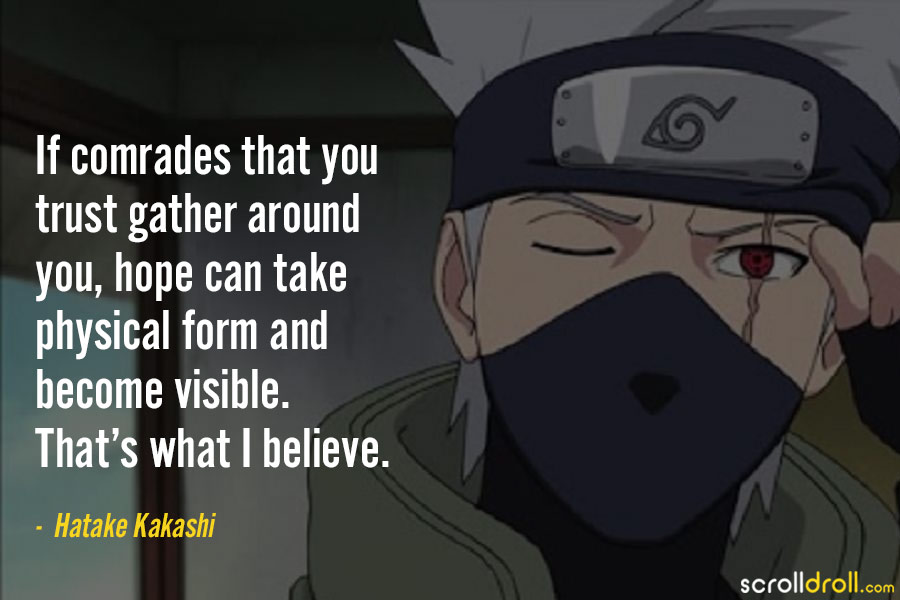 16. “Either people change or they die before they do. It’s one or the other.” – Orochimaru 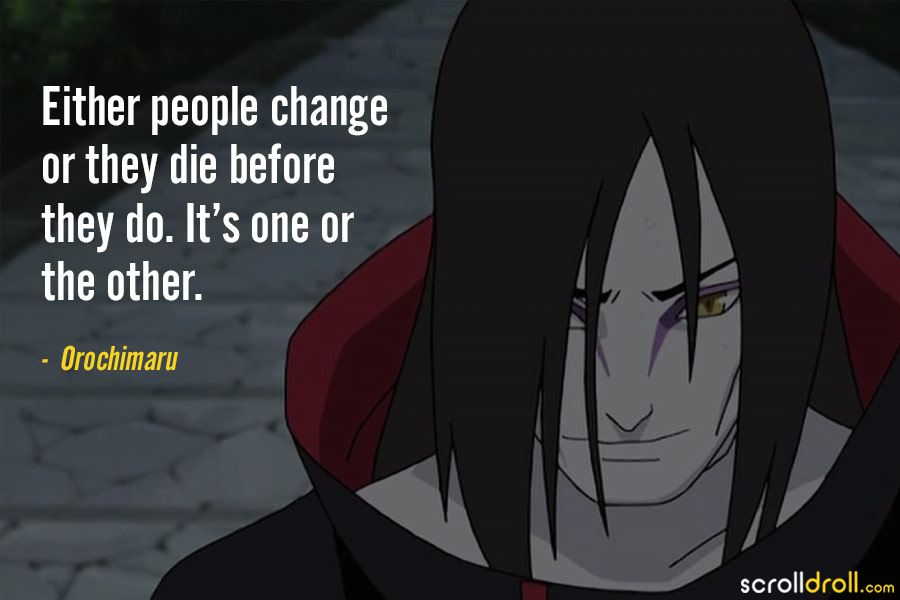 17. “A smile is the best way to get oneself out of a tight spot, even if it is a fake one. Surprisingly enough, everyone takes it at face value.” – Sai 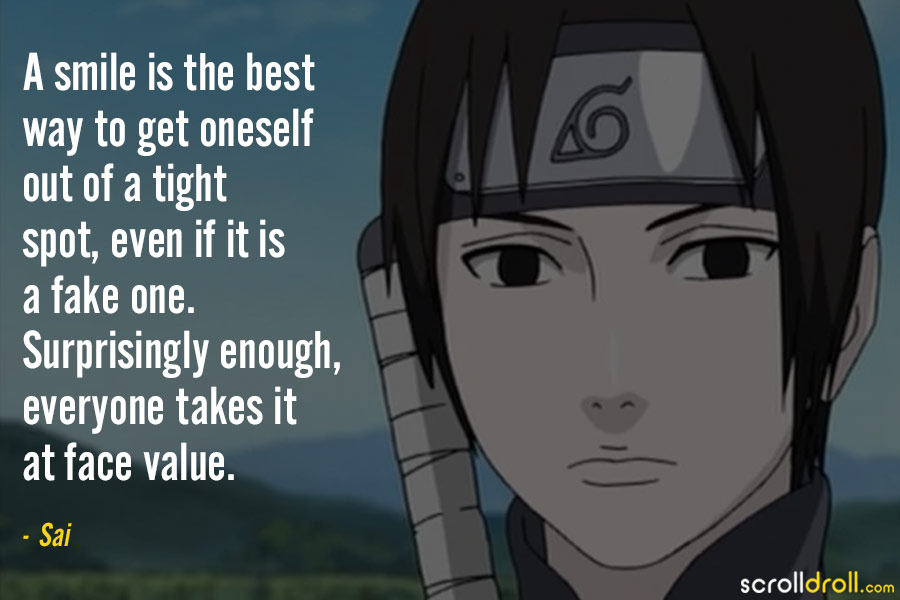 18. “The things that are most important aren’t written in books. You have to learn them by experiencing them yourself.” – Sakura Haruno 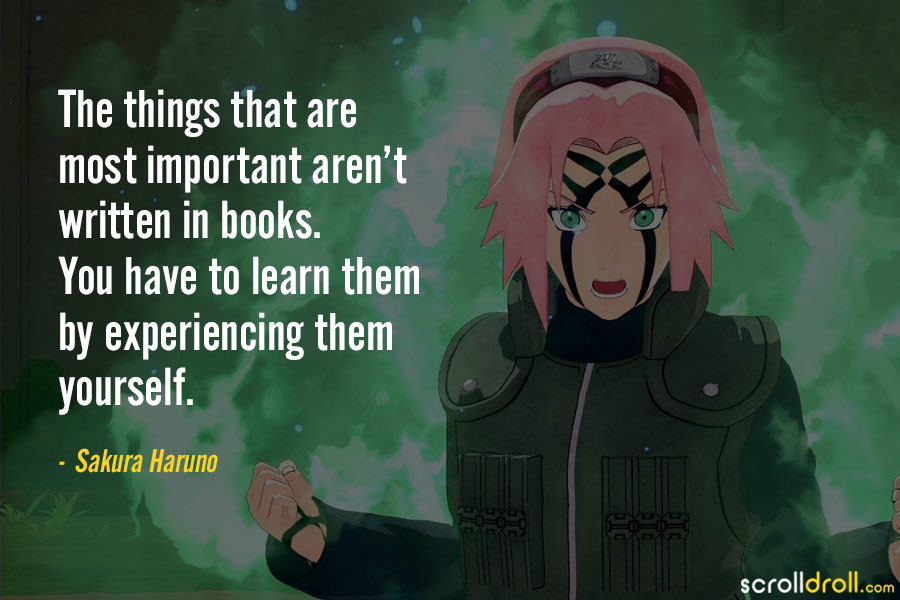 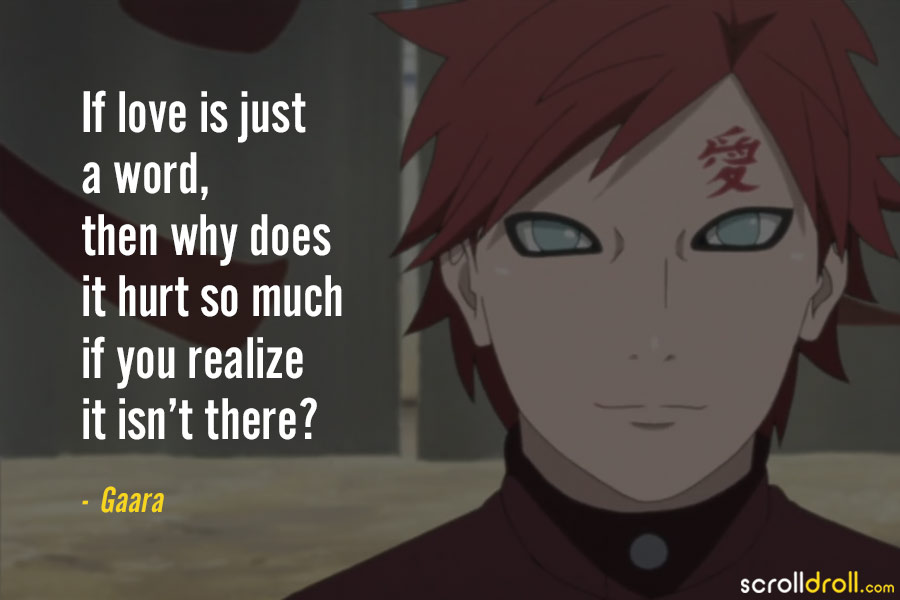 20. “My name is Uzumaki Naruto. I like ramen. I hate the three minutes you have to wait while the water boils. And my dream is to one day become a Hokage. Then everyone will have to respect me at last.” – Naruto Uzumaki 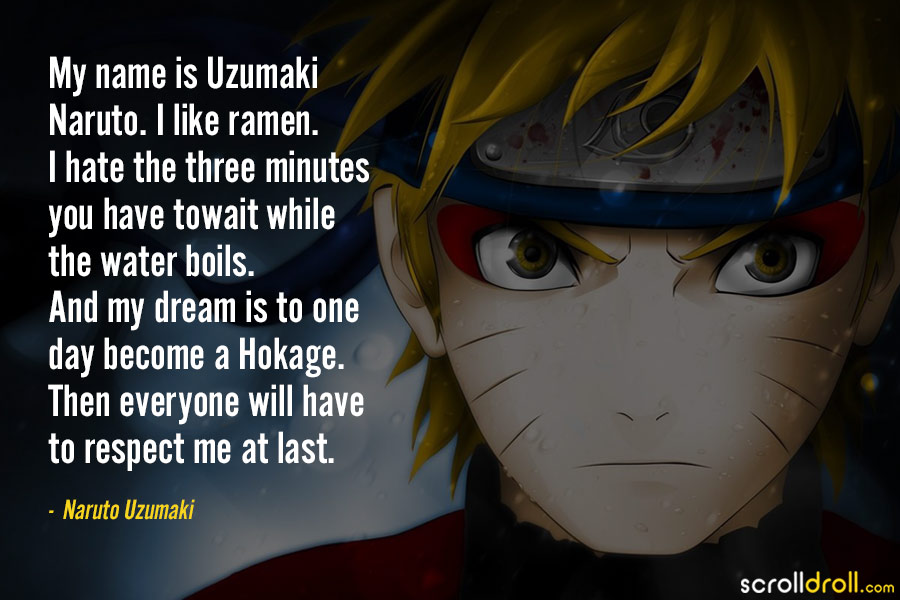