It is not every time that a brand is able to tap into its full potential for marketing its products. But when it comes to Nike, the brand has almost always struck marketing gold. With some amazing ads under its belt, one can tell why Nike is as popular a brand as it is – they know exactly how to promote themselves. Here are 12 best Nike ads that are just plain brilliant!

A lot of times women in sports are treated like second grade citizens as compared to their male counterparts, and are often reduced to their looks. However, women like tennis player Maria Sharapova prove that they can be just as good at what they do.

Kobe Bryant was one of the biggest names in professional basketball in America until his death in a helicopter crash in 2020. However, in 2003 when Bryant was accused of sexual assault, a number of brands rushed to sever ties with the sportsman. Nike, on the other hand, took a stand for Bryant, and the above ad was Bryant’s first commercial since the sexual assault claim.

Nike has, over the years, made major push for women in sports, and has marketed its products with thoughtful ads in a number of languages.

4. What will they say about you?

Like the one before, this ad too promotes women in sports, tackling the age old question of “What will people say?” 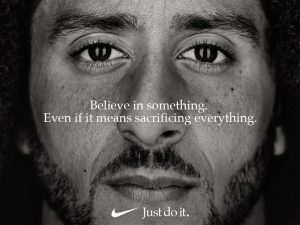 Nike has a reputation for sticking by people regardless of controversy. When Colin Kaepernick kneeled during the national anthem in support of the Black Lives Matter movement, people’s reactions were polarized, and Colin Kaepernick was dropped off of NFL next season as he remained unsigned. Despite this, Nike offered him an endorsement a year after Colin’s last football match.

In this memorable ad, Nike managed to rope in some of the biggest names in football, including Cristiano Ronaldo, Neymar, Zlatan Ibrahimović and Wayne Rooney among others. Even Kobe Bryant can be seen in the audience.

Say what you may, Nike knows how to make ads that speak to its female audience. 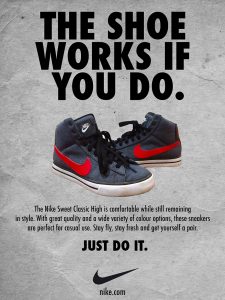 In one of Nike’s most iconic ads, wheelchair basketball player Matt Scott asks the viewers to say goodbye to excuses.

Every culture has its own quirks, and in this hilarious ad, Nike explores the cat and mouse game that follows in every Chinese household on New Year’s, with elders offering children money, and children politely declining.

Reality is boring enough, least you can do is dream crazier.

Like mentioned earlier, Nike stood by Colin even as he was cornered away from the sport that he was known for. He was even featured in a full length commercial!

A lot of people are afraid of trying out new things because we live in a world that wants you to only do things if you’re good at them. However, sometimes, trying is enough! 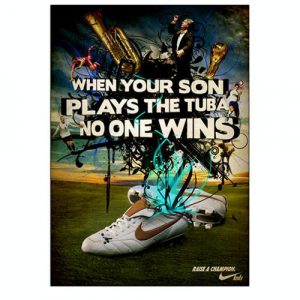 If this doesn’t inspire you to never cross Michael Jordan, I don’t know what will!

Did you like our list of the best Nike ads? Tell us your favourite one in the comments below!