20 Powerful Quotes by Michael Jordan to Boost Your Confidence

Michael Jordan, nicknamed Air Jordan, American collegiate and professional basketball player. He is widely regarded as one of the best all-around players in the game’s history. He coached the Chicago Bulls to six NBA championships (1991–93, 1996–98). Over the course of his pro career, the 58-year-old basketball hero didn’t only win six NBA titles and make the number 23 famous; he also had a lot to say about success. And coming from a legend like him, it’s obviously sound counsel. That is why we have collected 20 Powerful Quotes by Michael Jordan to boost your confidence.

Jordan has been a sports fan for as long as he can remember, and he also enjoyed playing football and baseball in high school. Jordan understood that failure is a necessary part of success no matter how many shots he missed, he is still an ultimate champion. Going into retirement was a difficult decision for MJ, but he finally decided to call it quits as a basketball player in 2003. He is now the majority owner of the NBA’s Charlotte Hornet. Despite years of hard work, he still maintains a phenomenal positive attitude that inspires and motivates people all over the world. We will know about his positive and inspiring attitude with these 20 Powerful Quotes by Michael Jordan:

1. A little selfishness is necessary for success.

To be successful you have to be selfish, or else you never achieve. And once you get to your highest level, then you have to be unselfish. Stay reachable. Stay in touch. Don’t isolate. 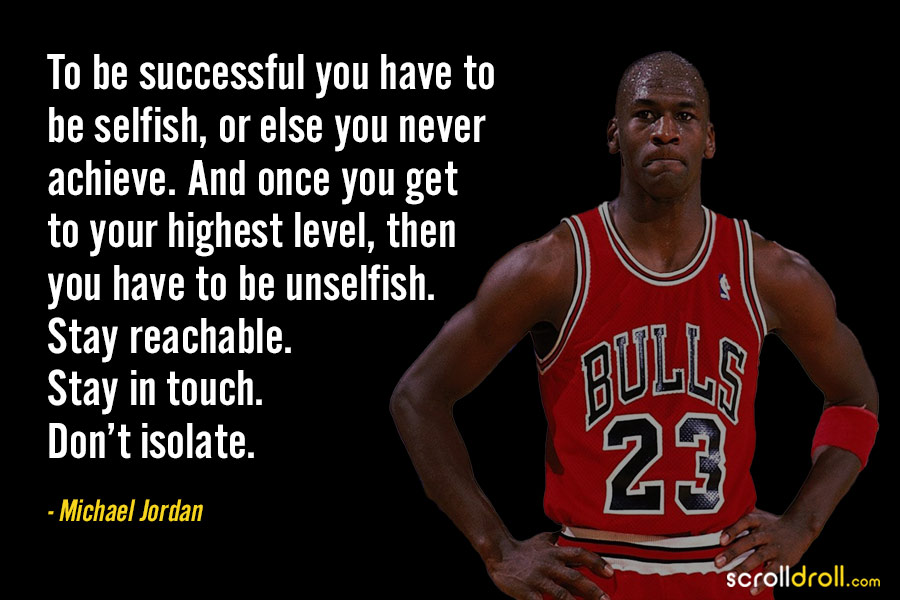 2. Negative opinions from others should be taken as a challenge.

If you accept the expectations of others, especially negative ones, then you never will change the outcome. 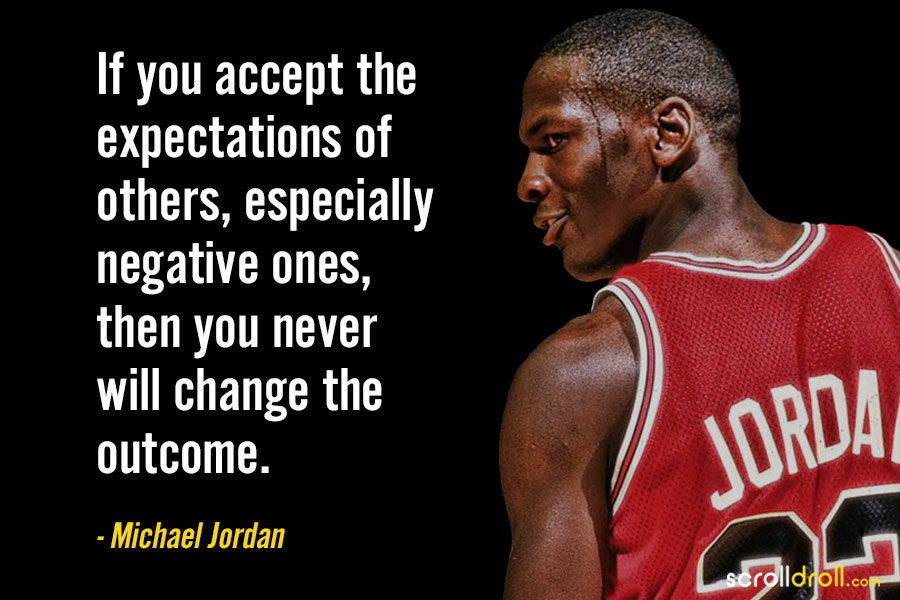 3. Never ever be afraid to try.

If it turns out that my best wasn’t good enough, at least I won’t look back and say I was afraid to try. 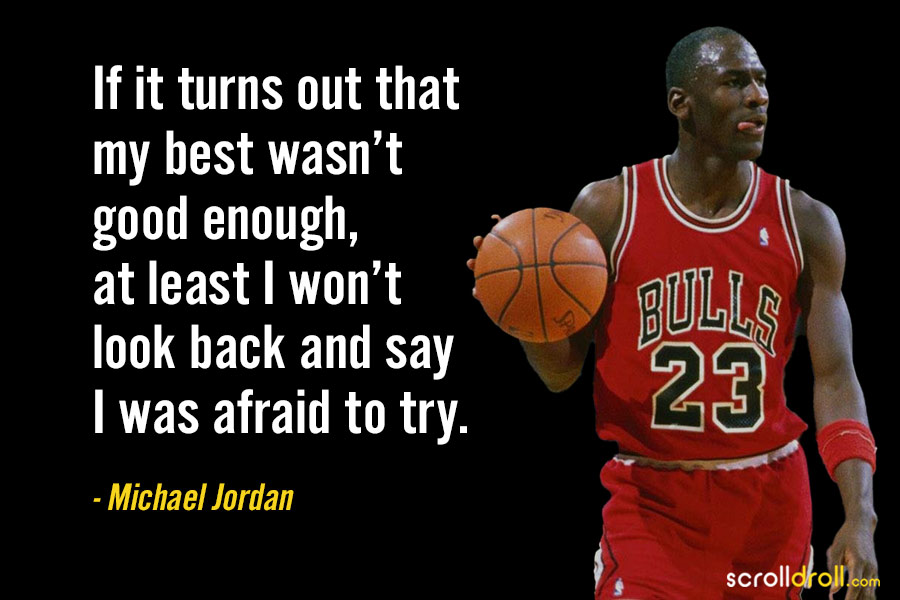 4. Practise or real game should be played to win.

I play to win, whether during practice or a real game. And I will not let anything get in the way of me and my competitive enthusiasm to win. 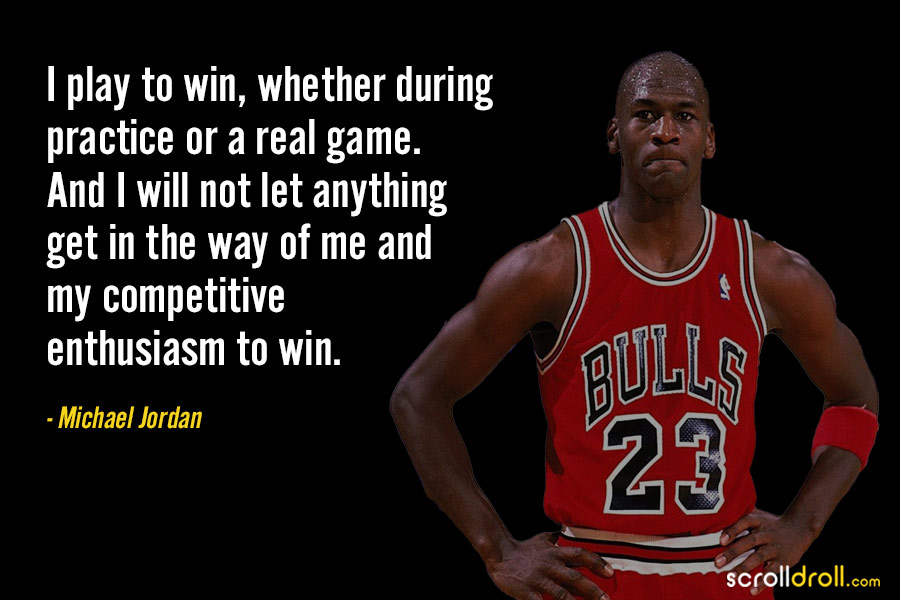 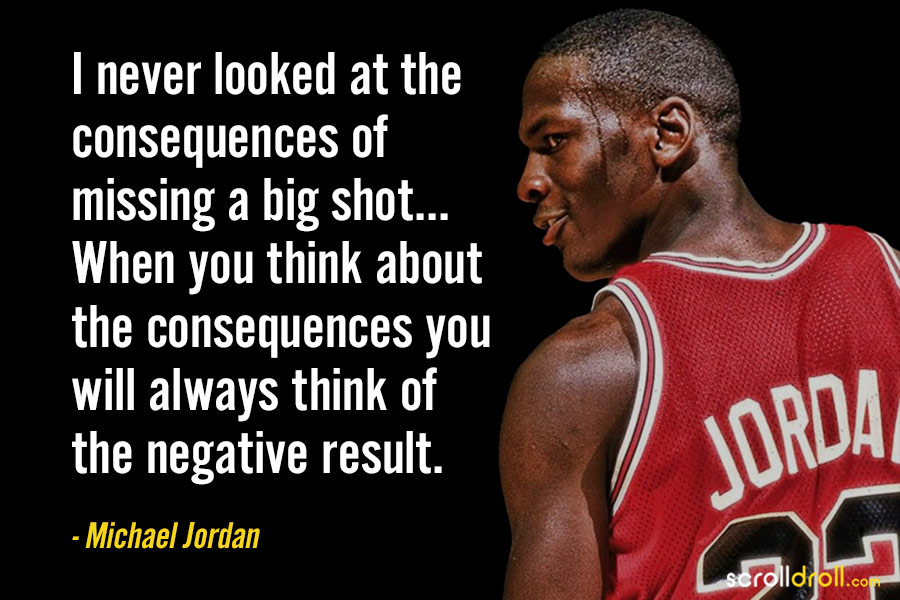 6. Turning your weaknesses into a strength.

My attitude is that if you push me towards something that you think is a weakness, then I will turn that perceived weakness into a strength. 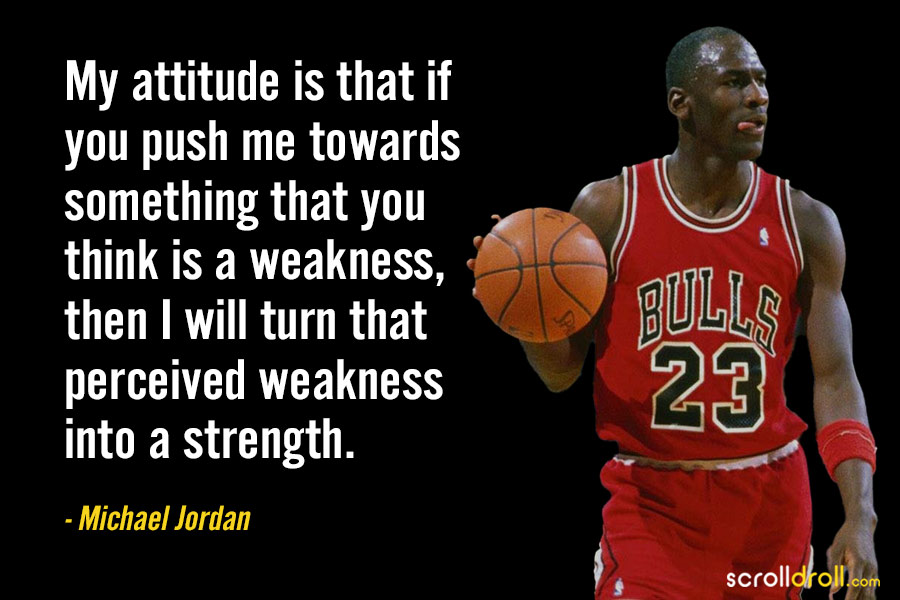 7. Finding a way to cross the obstacles and achieve your goals.

If you are trying to achieve, there will be roadblocks. I’ve had them; everybody has had them. But obstacles don’t have to stop you. If you run into a wall, don’t turn around and give up. Figure out how to climb it, go through it, or work around it. 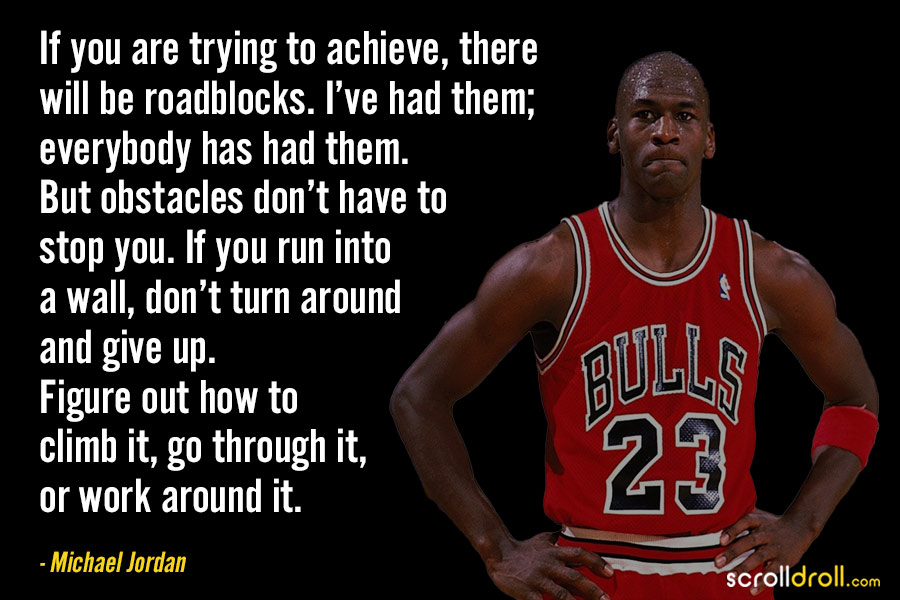 8. Accepting the failure, but after trying hard.

I can accept failure, everyone fails at something. But I can’t accept not trying. 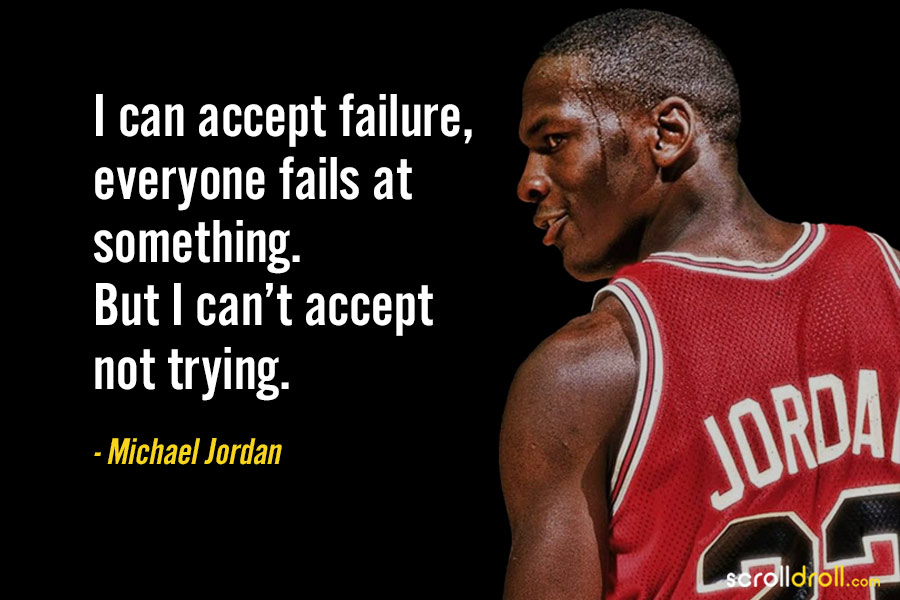 9. Getting away from your fundamentals can lead to a fall down,

The minute you get away from fundamentals – whether it’s proper technique, work ethic, or mental preparation – the bottom can fall out of your game, your schoolwork, your job, whatever you’re doing. 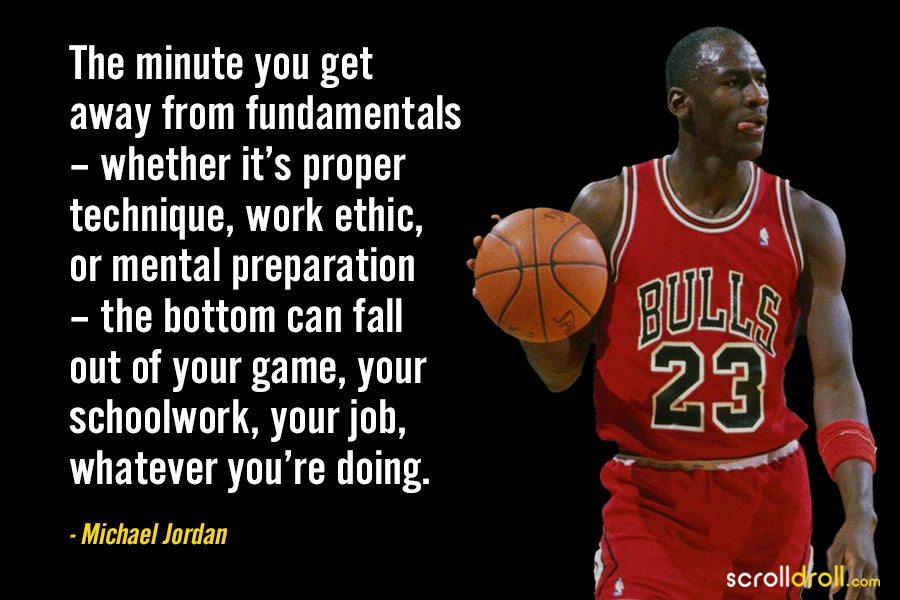 You have competition every day because you set such high standards for yourself that you have to go out every day and live up to them. 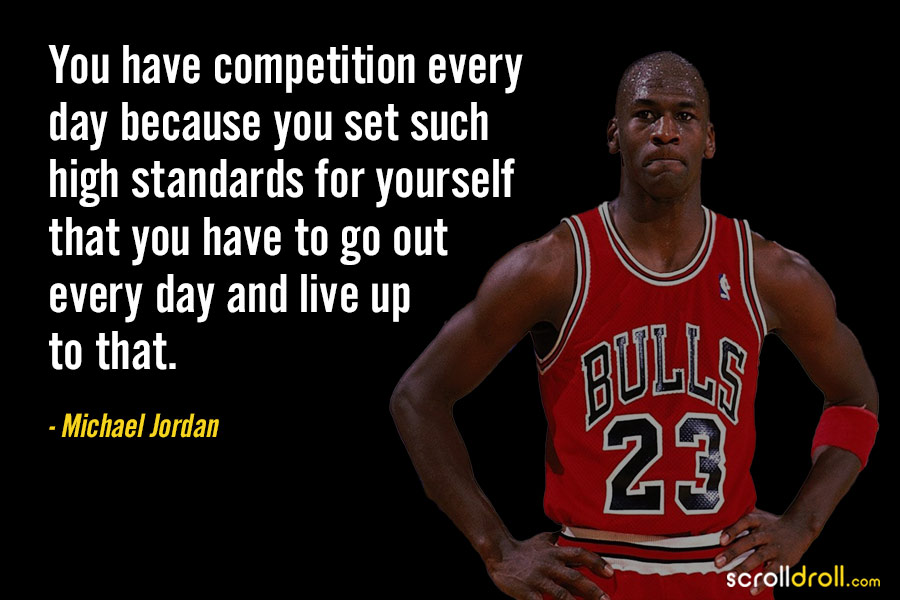 It is easy to choose a path of anonymity and lead an empty life. But to strive hard and lead an impactful life, one needs a burning desire to realize dreams. 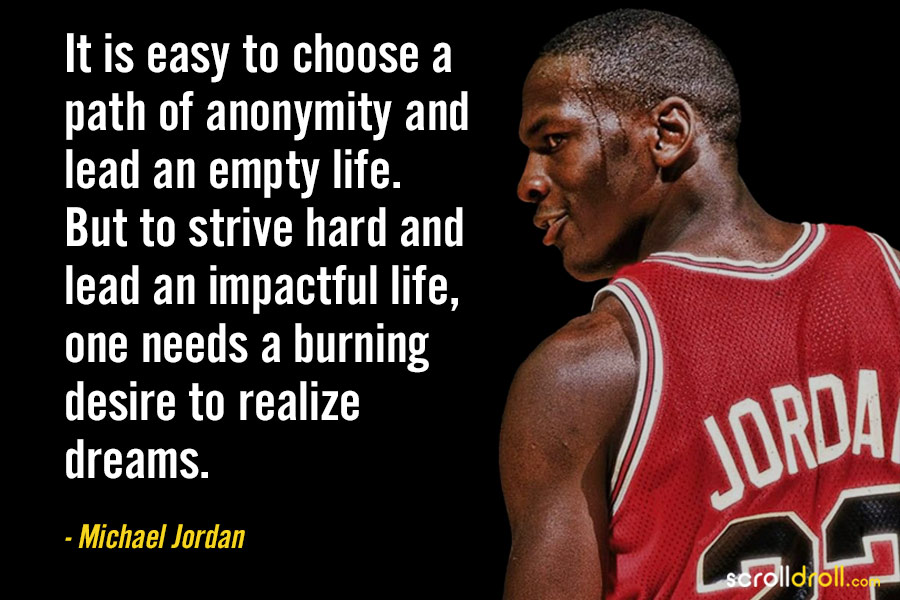 12. A secret of becoming a champion.

Champions do not become champions when they win an event, but in the hours, weeks, months, and years they spend preparing for it. The victorious performance itself is merely a demonstration of their championship character. 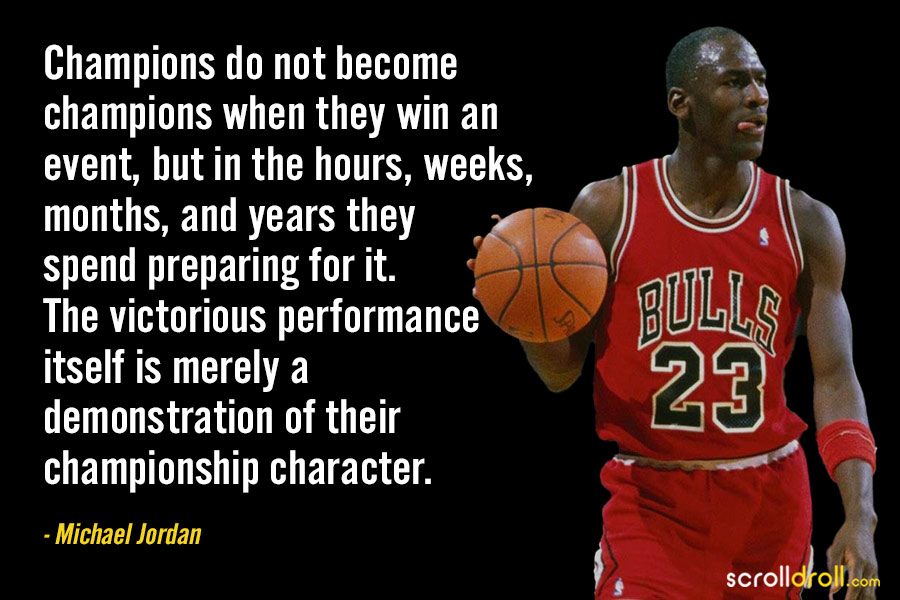 13. Fear: not an obstacle but an illusion

I know fear is an obstacle for some people, but it is an illusion to me. Failure always made me try harder the next time. 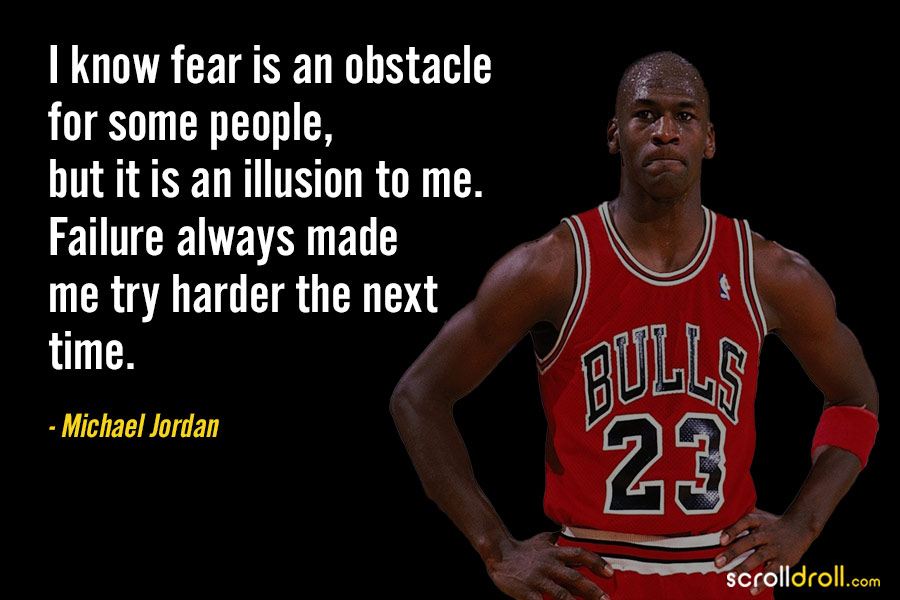 14. Learning is a life living

Learning is a gift, even when pain is your teacher. 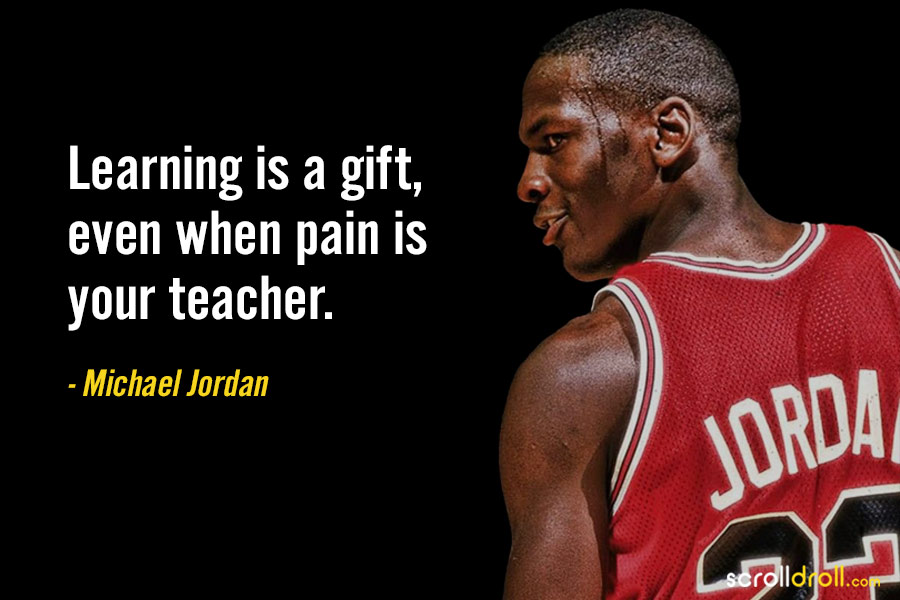 15. Beleive in yourself not rumors.

Don’t let them drag you down by rumors, just go with what you believe in. 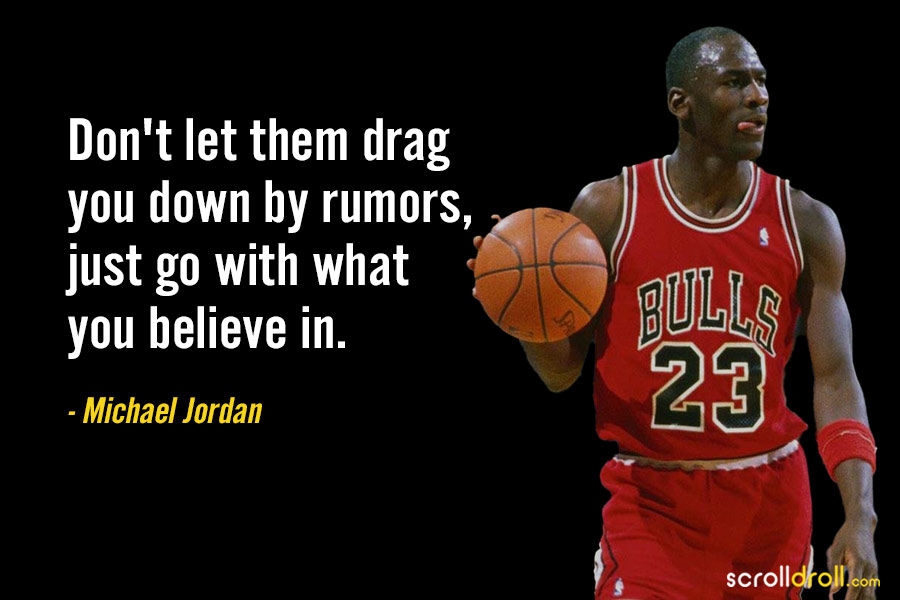 16. Work hard to make your dreams a reality.

Some people want it to happen, some wish it would happen, and others make it happen. 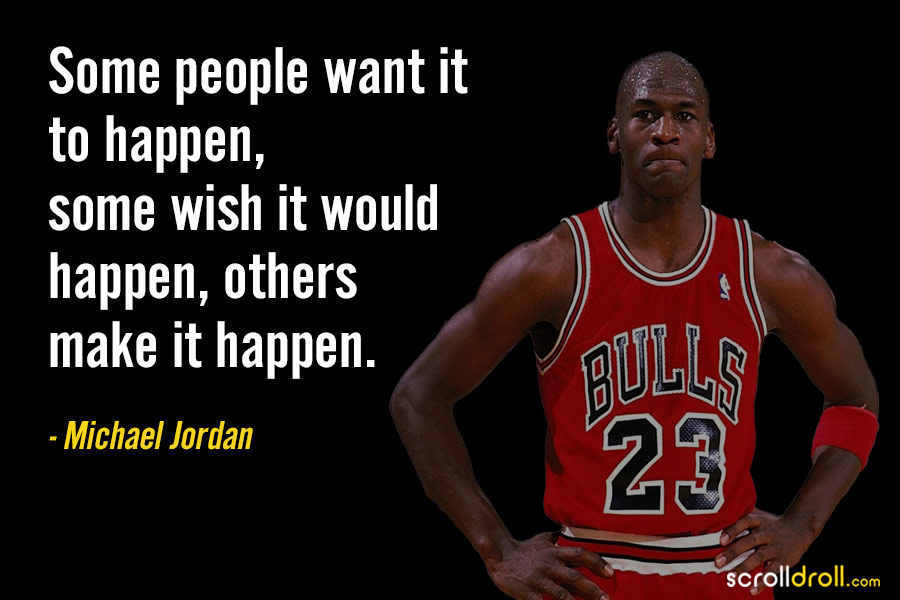 17. A championship is won by teamwork, not by an individual. 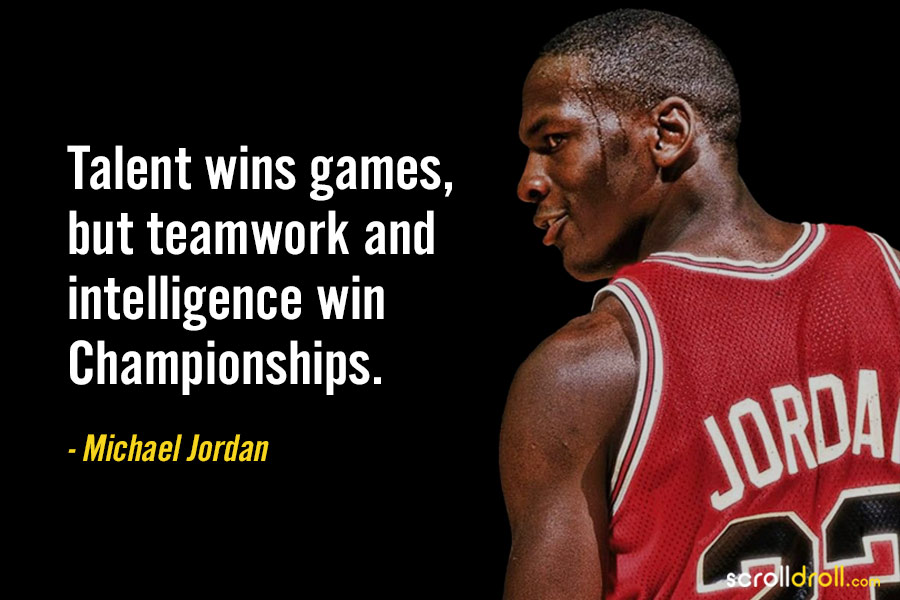 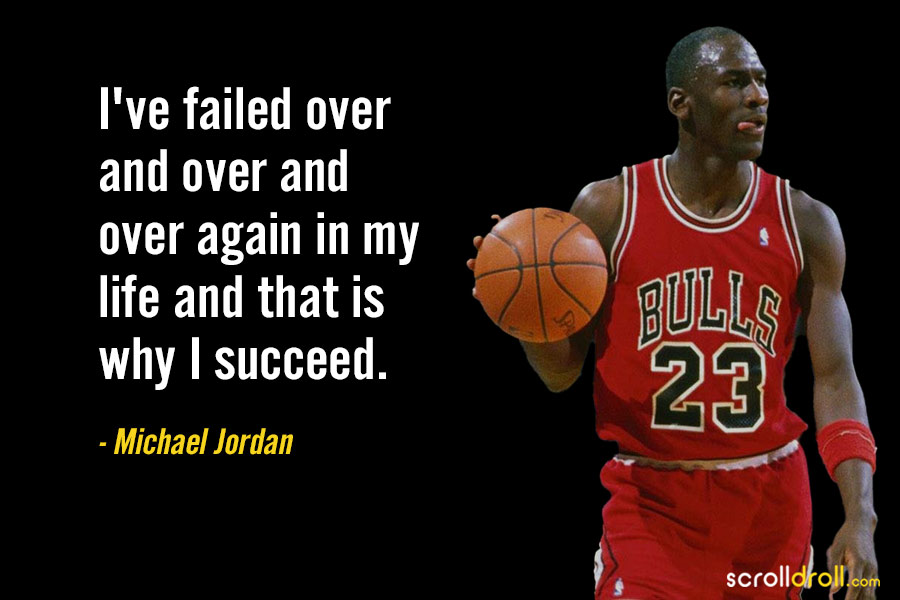 19. Plan things, and then work hard on them.

You must expect great things of yourself before you can do them. 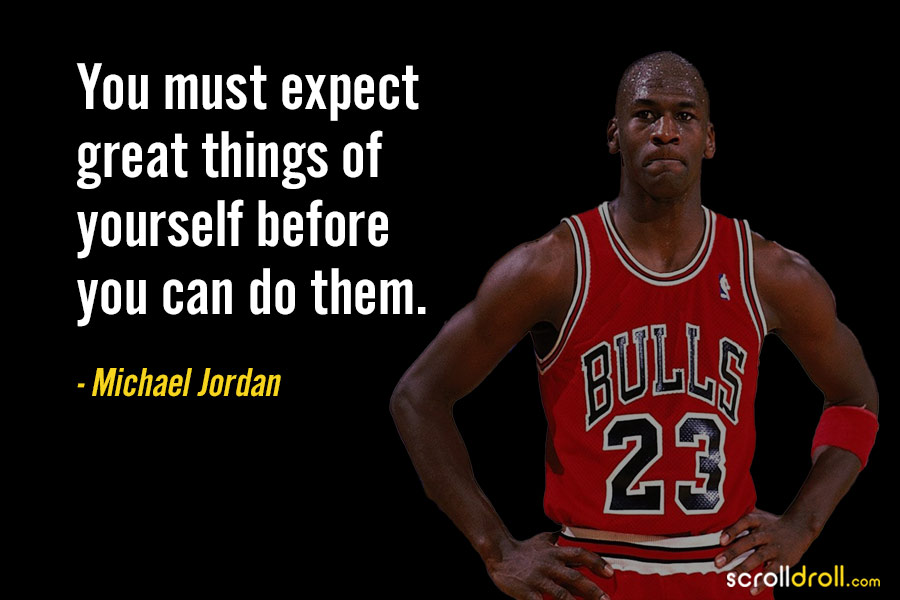 20. First decision should be the last decison.

Once I made a decision, I never thought about it again. 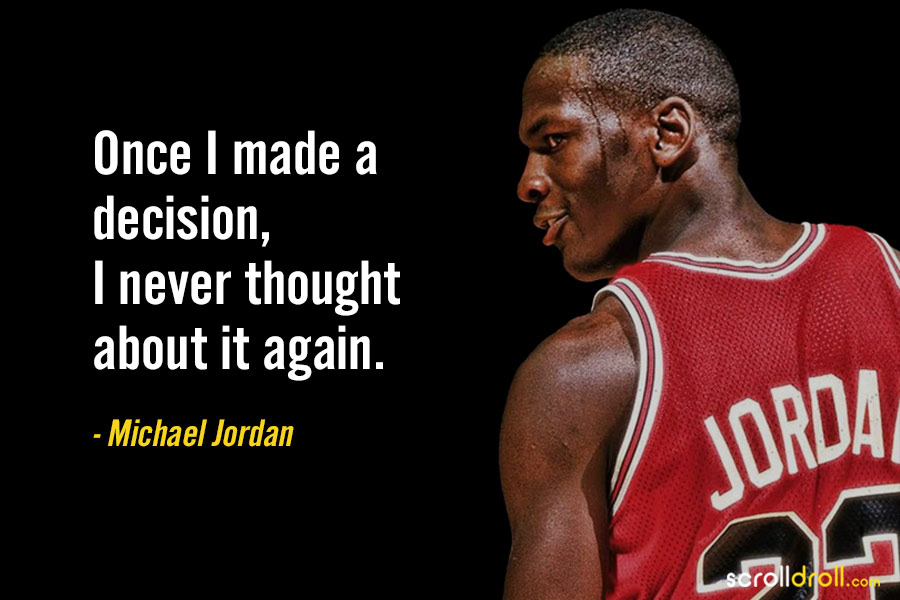 These were 20 Powerful Quotes by Michael Jordan to boost your confidence. We hope they were helpful to motivate you! Which one was your favorite? Tell us in the comments.