If you are someone who works in a corporate, on sitcom you would have loved in ‘The Office’. Spanning almost 8 years from 2005 to 2013 with a total of 9 seasons, Dunder Mifflin Paper Company would have certainly reminded you of your workplace with egoes running high, work pressure taking a toll on the best people and the never ending office drama.

‘The Office’ has been a critically acclaimed series with several awards and accolades to its name. It’s dialogues packs a punch of wit and humor. With characters like Michael Scott and Dwight Schrute, a great line is always on the cards in this series.

We bring you the best dialogues and quotes from The Office.

Let’s being with the best Michael Scott quotes!

1. “If I had a gun with two bullets and I was in a room with Hitler, Bin Laden and Toby, I would shoot Toby twice.” – Michael Scott 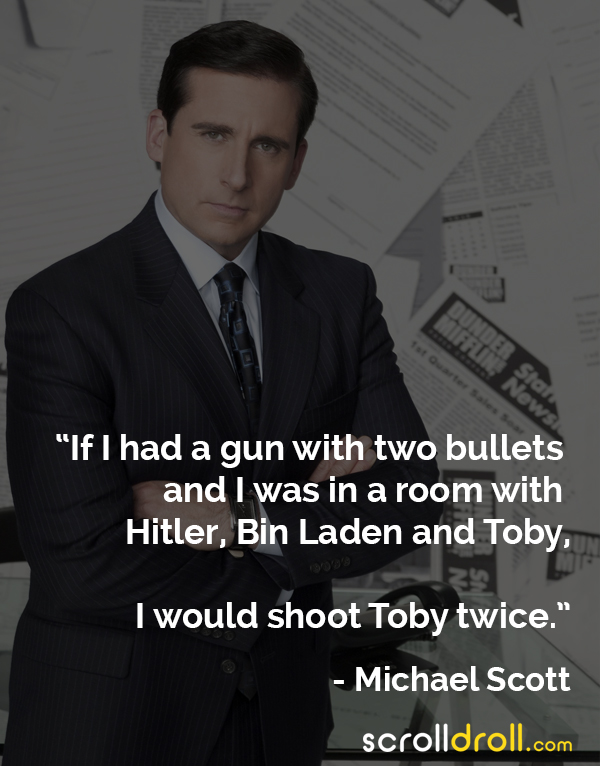 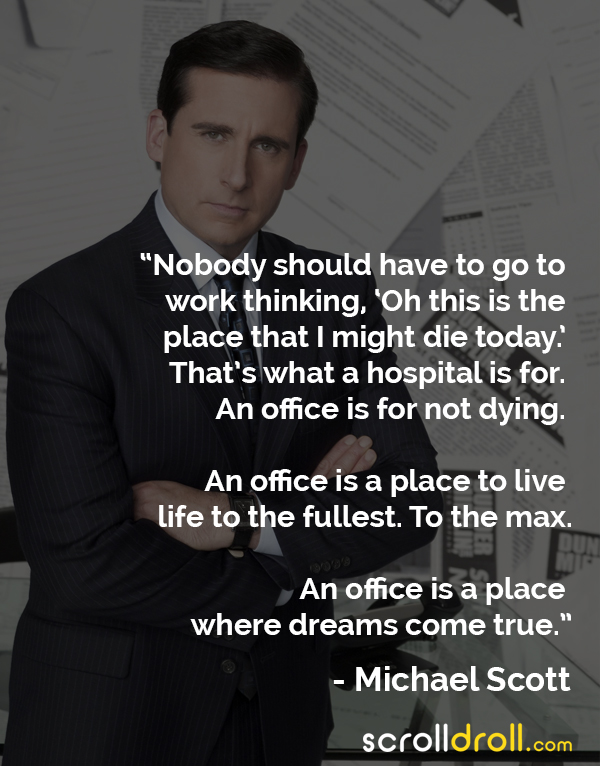 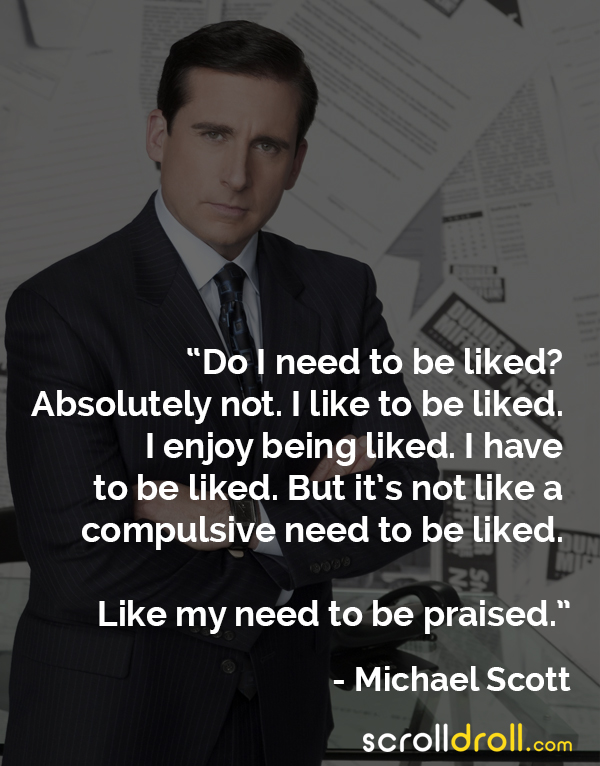 4. “Whether you’re scared of dying, or dying alone, or dying drunk in a ditch, don’t be. It’s going to be ok.” – Michael Scott 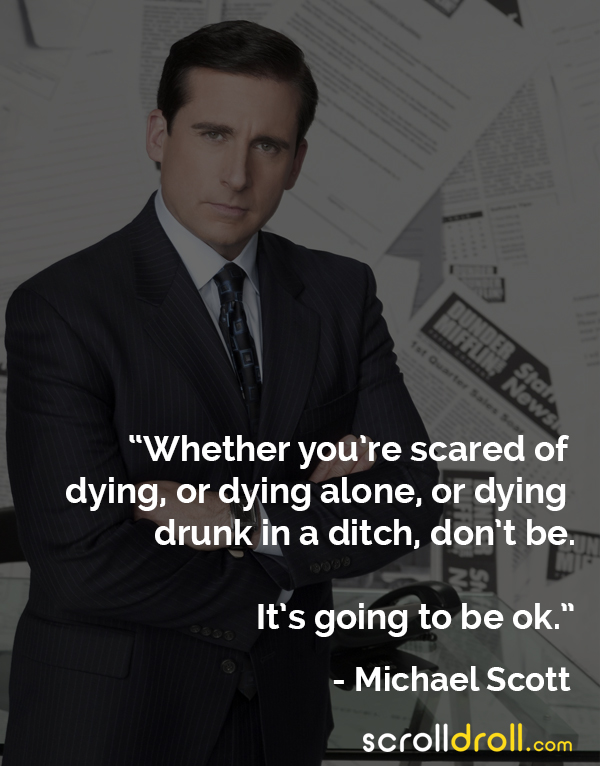 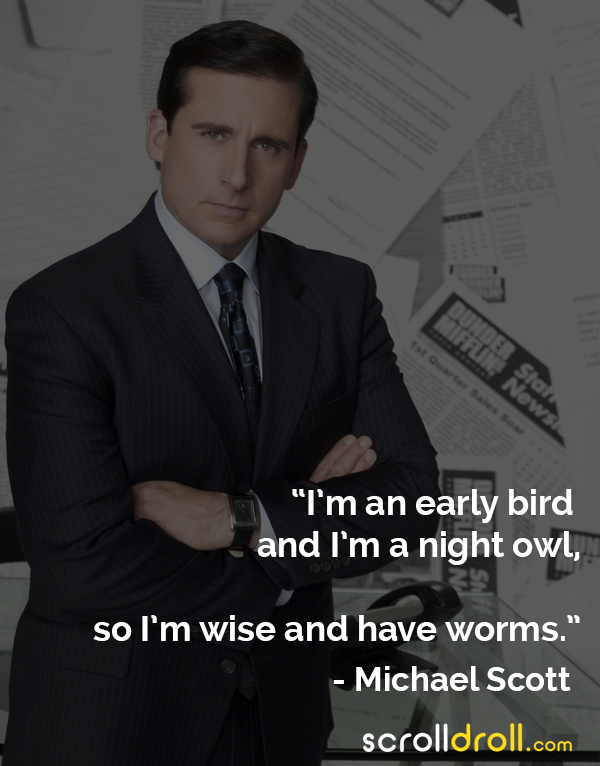 6. “They always say that it’s a mistake to hire your friends. And they are right. So, I hired my best friends. And this is what I get!” – Michael Scott 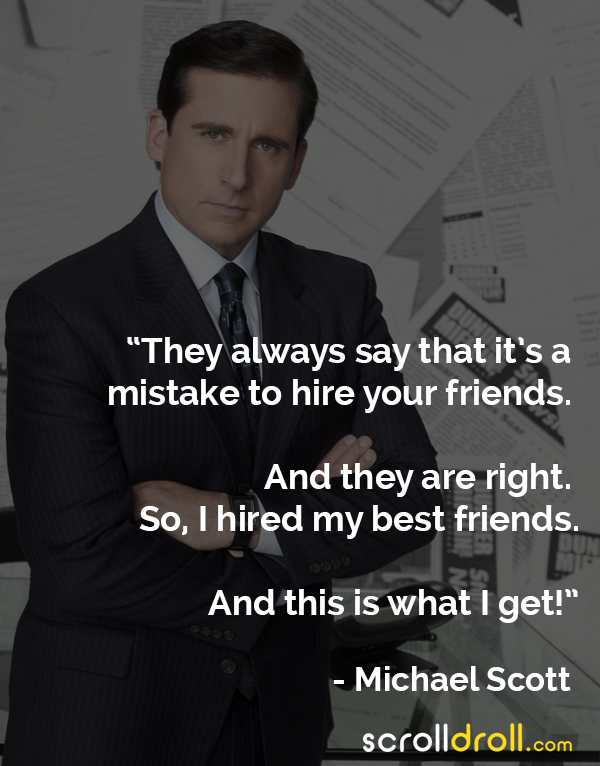 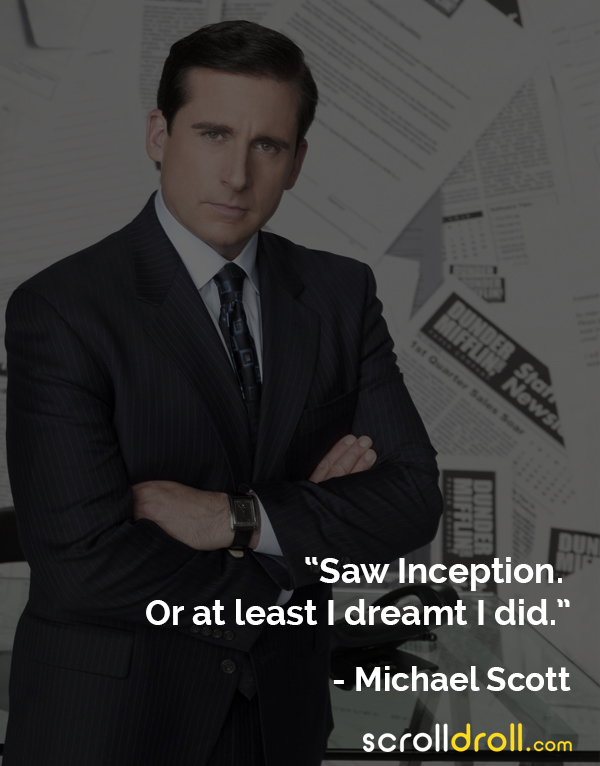 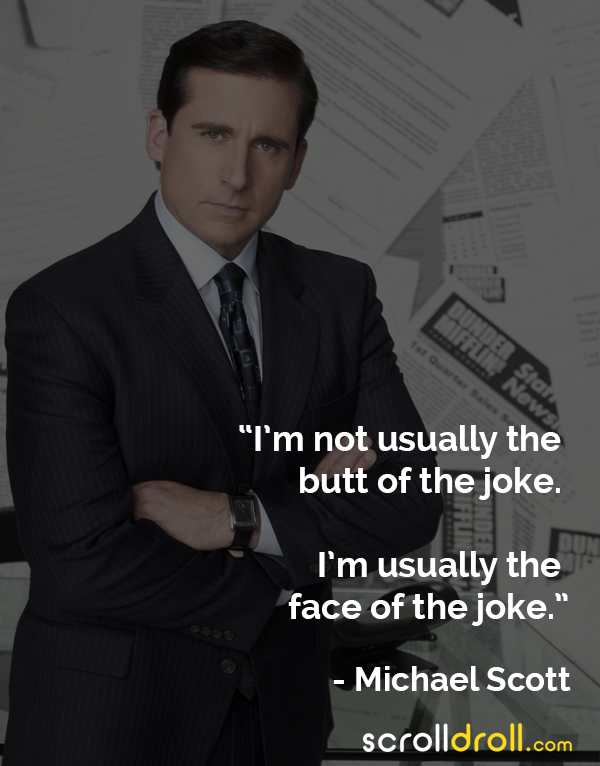 9. “Abraham Lincoln once said that ‘If you’re a racist, I will attack you with the North’, and these are the principles I carry with me in the workplace.” – Michael Scott 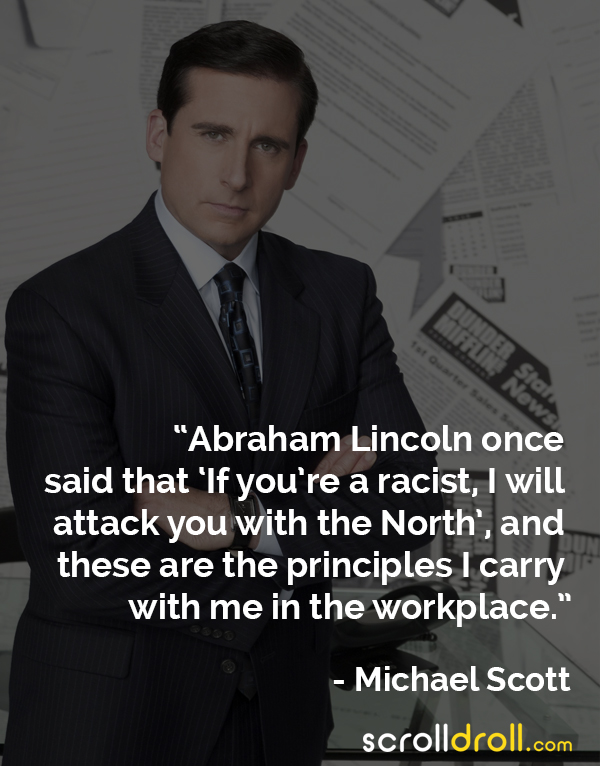 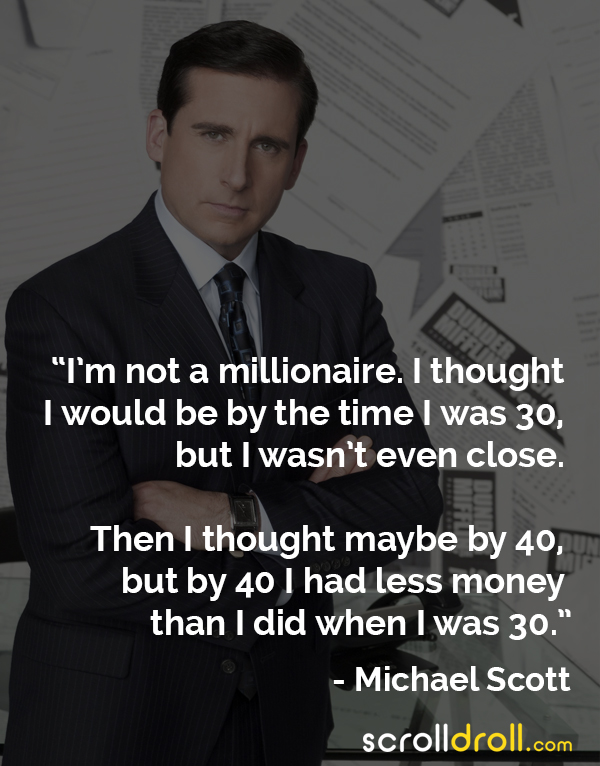 11. “I’m not superstitious, but I am a little stitious.” – Michael Scott 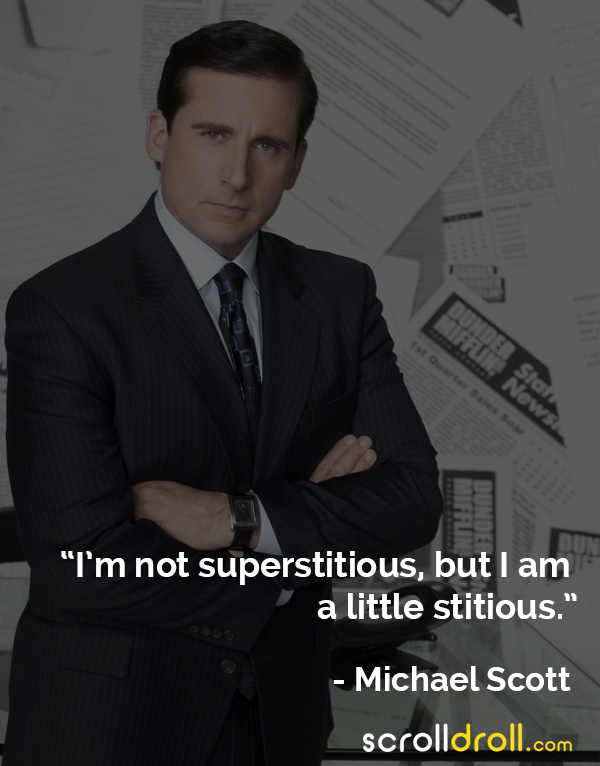 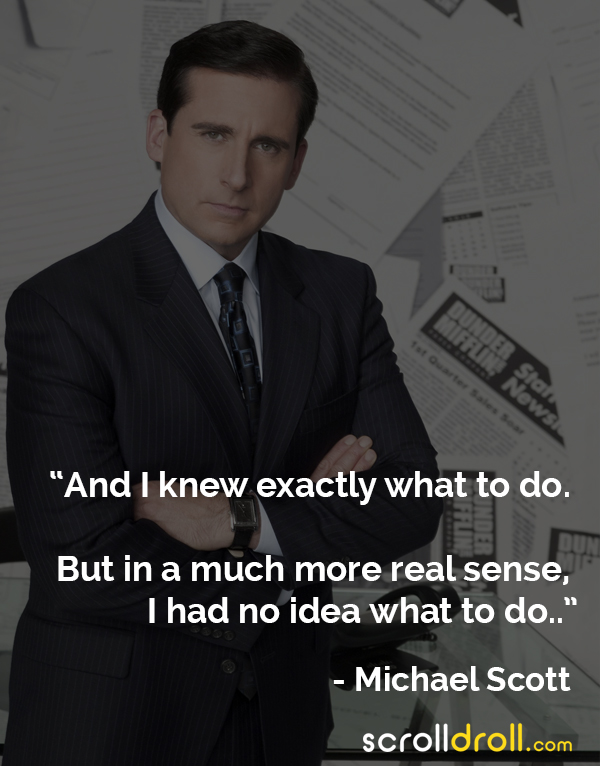 13. “I am running away from my responsibilities. And it feels good.” – Michael Scott 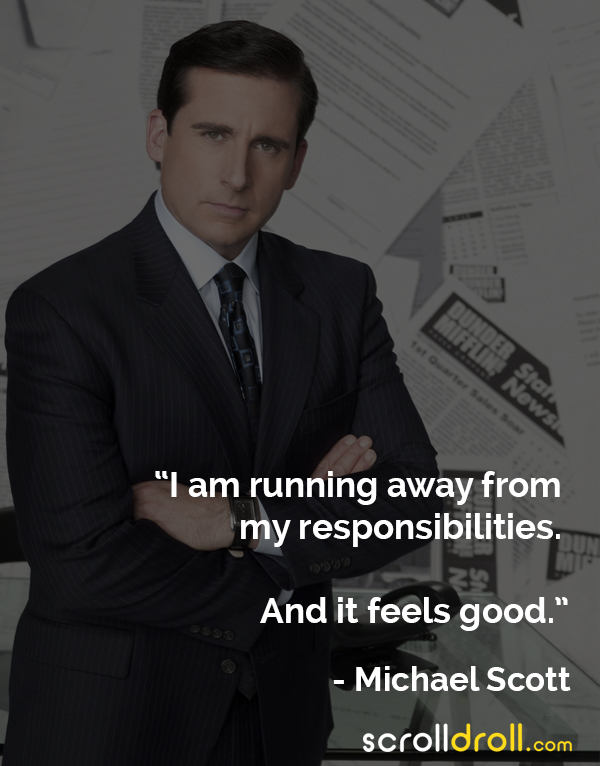 14. “The worst thing about prison was the dementors.” – Michael Scott 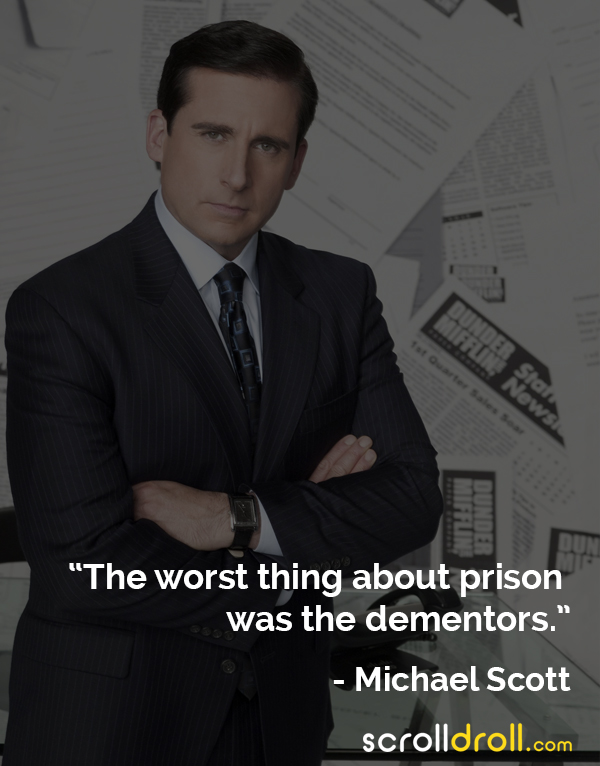 15. “Would I rather be feared or loved? Easy. Both. I want people to be afraid of how much they love me.” – Michael Scott 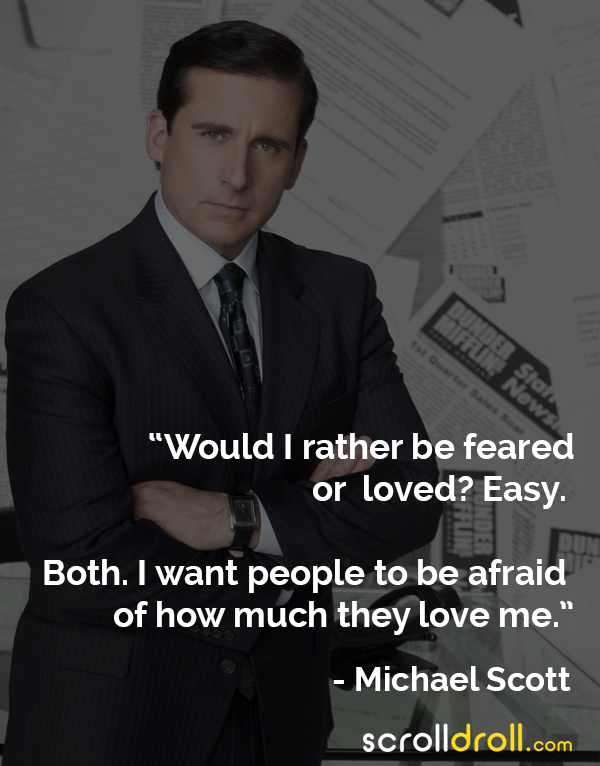 16. “Sometimes I’ll start a sentence and I don’t even know where it’s going. I just hope I find it along the way.” – Michael Scott 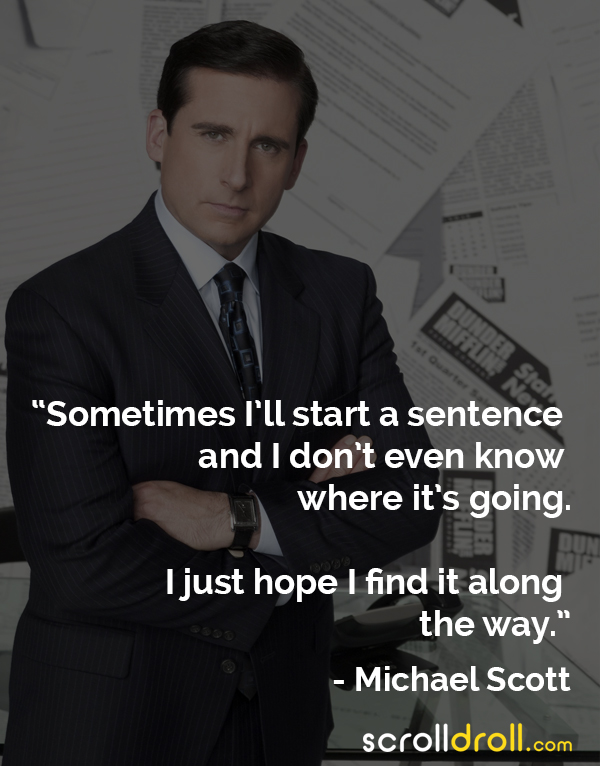 17. “My heart belongs to music. But my ass, belongs to these people.” – Andy Bernard 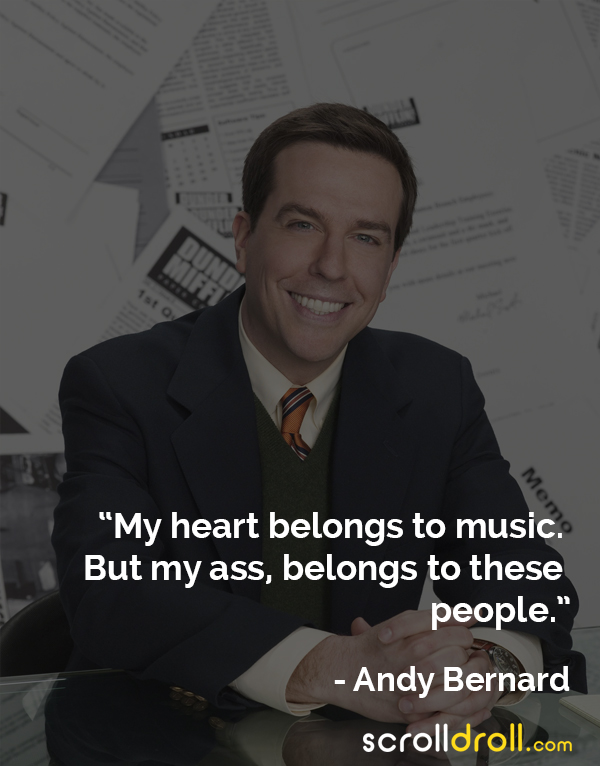 18. “I wish there was a way to know you’re in the good old days, before you’ve actually left them.” – Andy Bernard 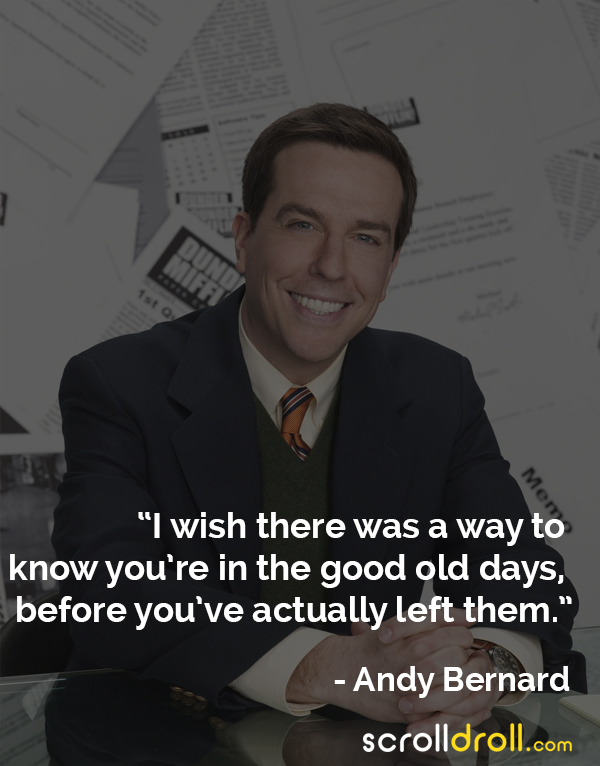 While Michael Scott delivered some of the best punchlines in this show, Dwight Schrute quotes also hit you hard!

19. “People underestimate the power of nostalgia. Nostalgia is truly one of the greatest human weaknesses, second only to the neck.” – Dwight Schrute 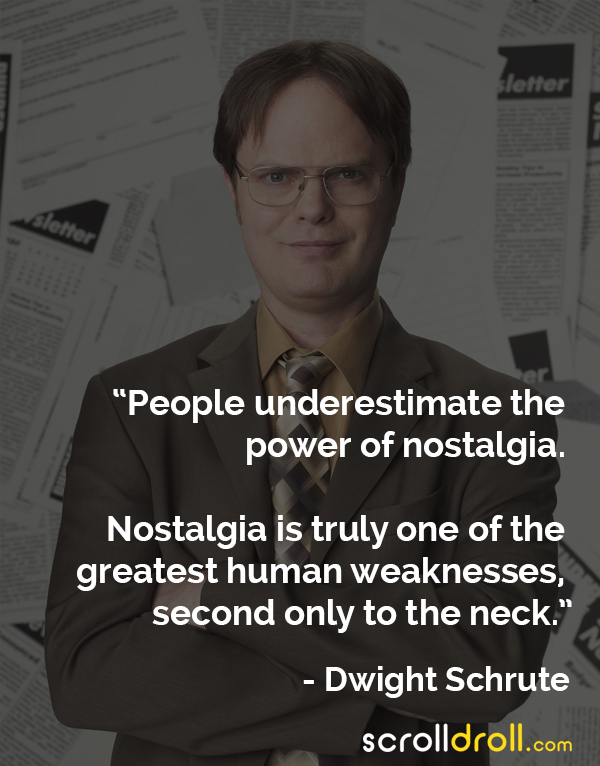 20. “I am fast. To give you a reference point. I’m somewhere between a snake and a mongoose. And a panther.” – Dwight Schrute 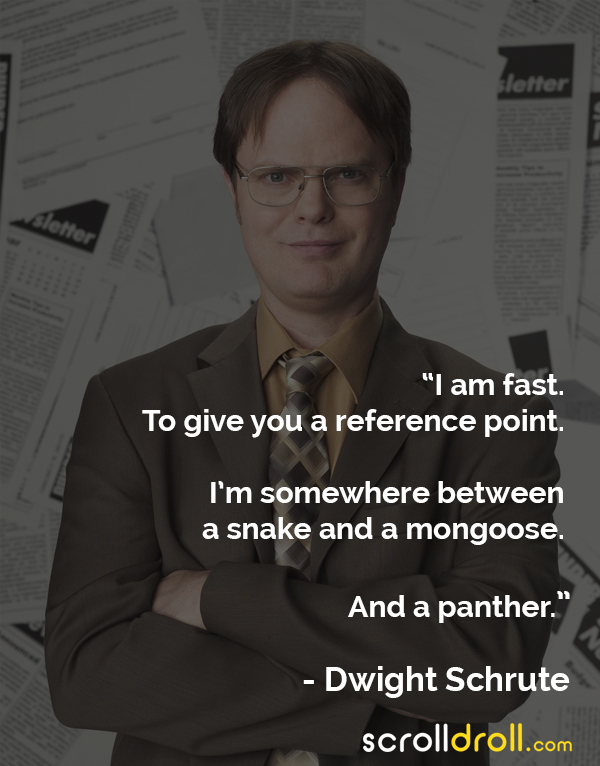 21. “’R’ is among the most menacing of sounds. That’s why they call it ‘murder’ and not ‘mukduk.” – Dwight Schrute 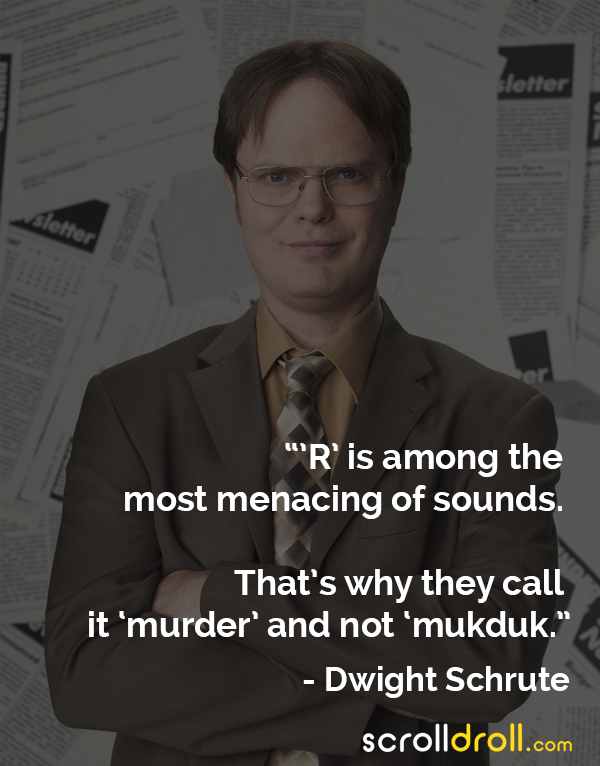 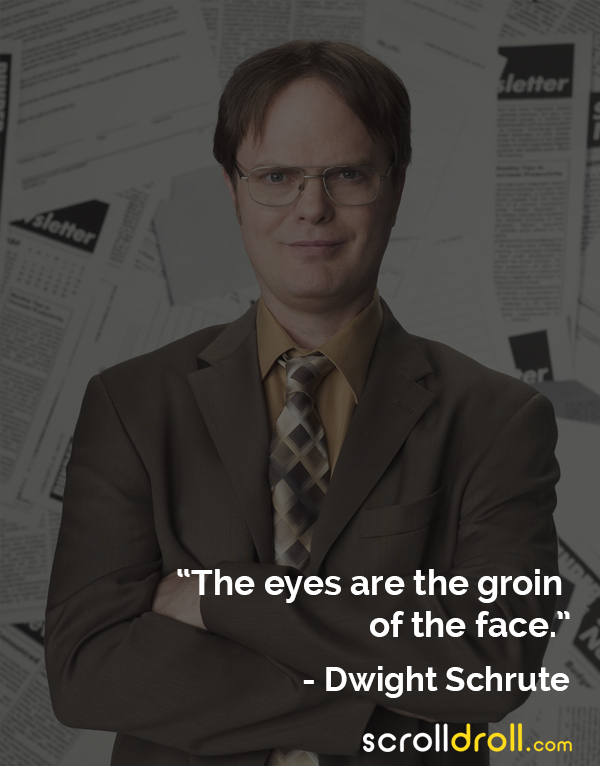 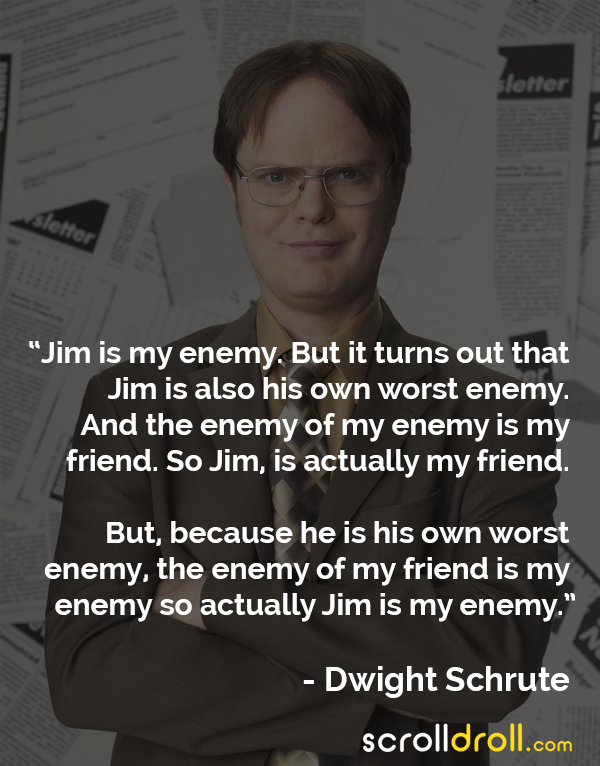 24. “In the Schrute family, the youngest child raises the others. I’ve been raising children since I was a baby.” – Dwight Schrute 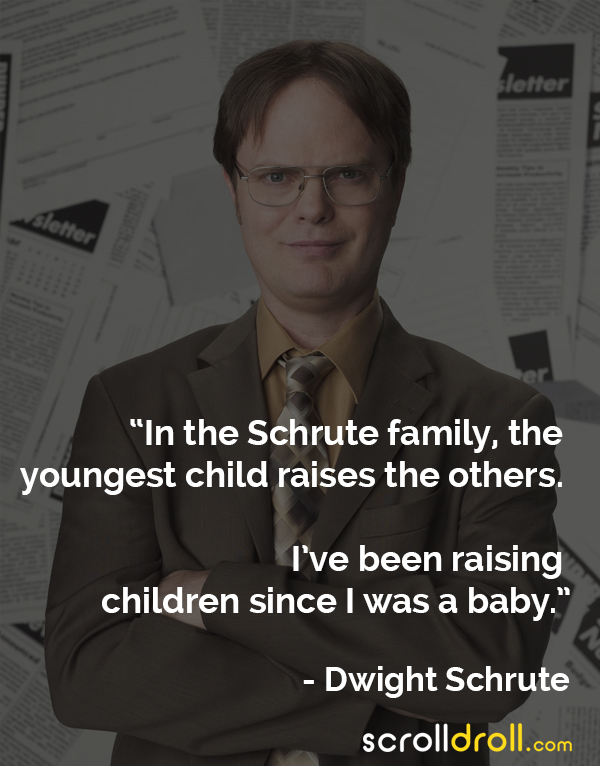 And finally some, Kelly Kapoor quotes from The Office 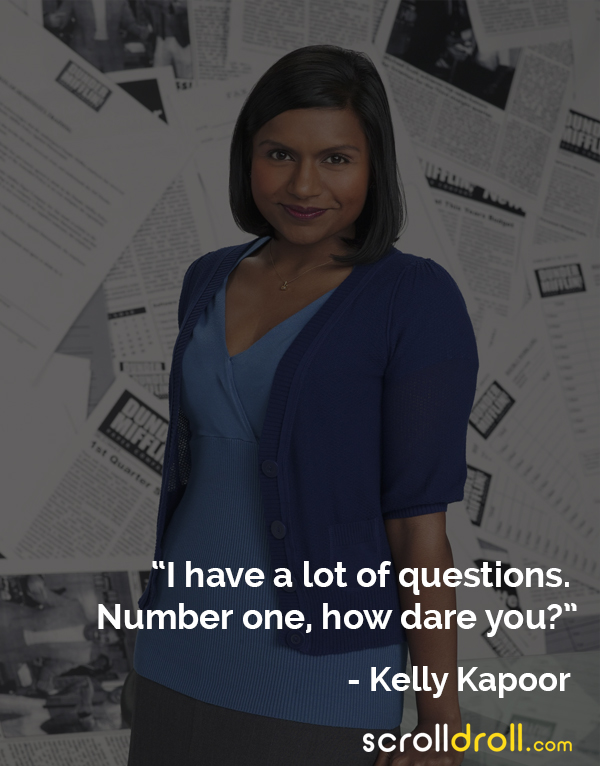 26. “Ultimatums are key. Basically nobody does anything for me unless I threaten to kill myself.” – Kelly Kapoor 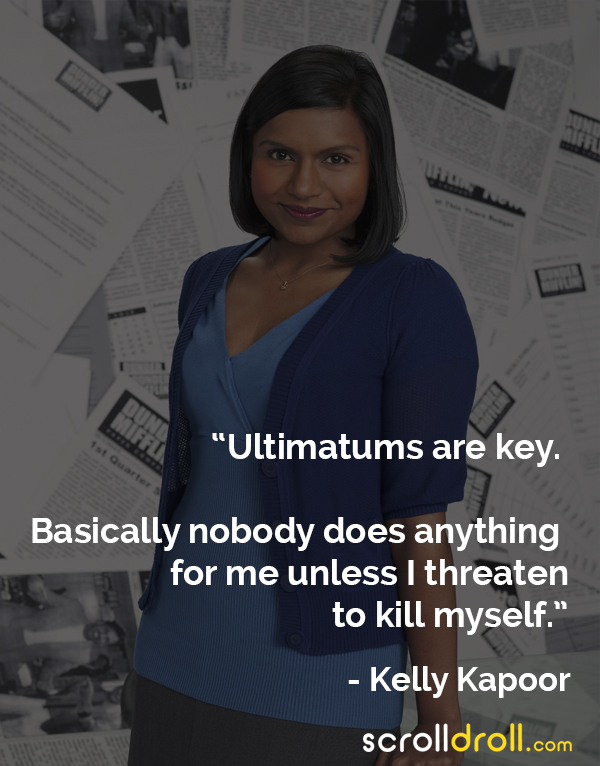 The quotes from The Office would certainly be as relevant in your workplace as it is in Dunder Mifflin Paper Company. Which one is your favourite? Comment below!