One of the most attacking batsmen the world cricket has ever seen, Virender Sehwag will always be remembered for his extraordinary ability to demolish the strongest bowling attacks, hitting boundaries under tremendous pressure and playing fearlessly against the fiercest of opponents. The quotes on Virender Sehwag by legendary Cricketers speak volumes about the stoke play of Sehwag and the entertainment he has provided over the years.

Every cricket fan would cherish seeing the Nawab of Najafgarh open the Indian innings with Sachin Tendulkar. More than the runs, boundaries and centuries, what made Sehwag a force to reckon with was the way he scored them. The initial overs of a Test Match suddenly became interesting with Sehwag taking the strike. Centuries were reached by stepping off the track instead of a cautious single.

We bring you 16 best quotes on Virender Sehwag from the greats of the game and the cricketing fraternity.

Also read: 11 Times Virender Sehwag Proved There Will be No One Like Him

1. Sehwag – The King of Entertainment 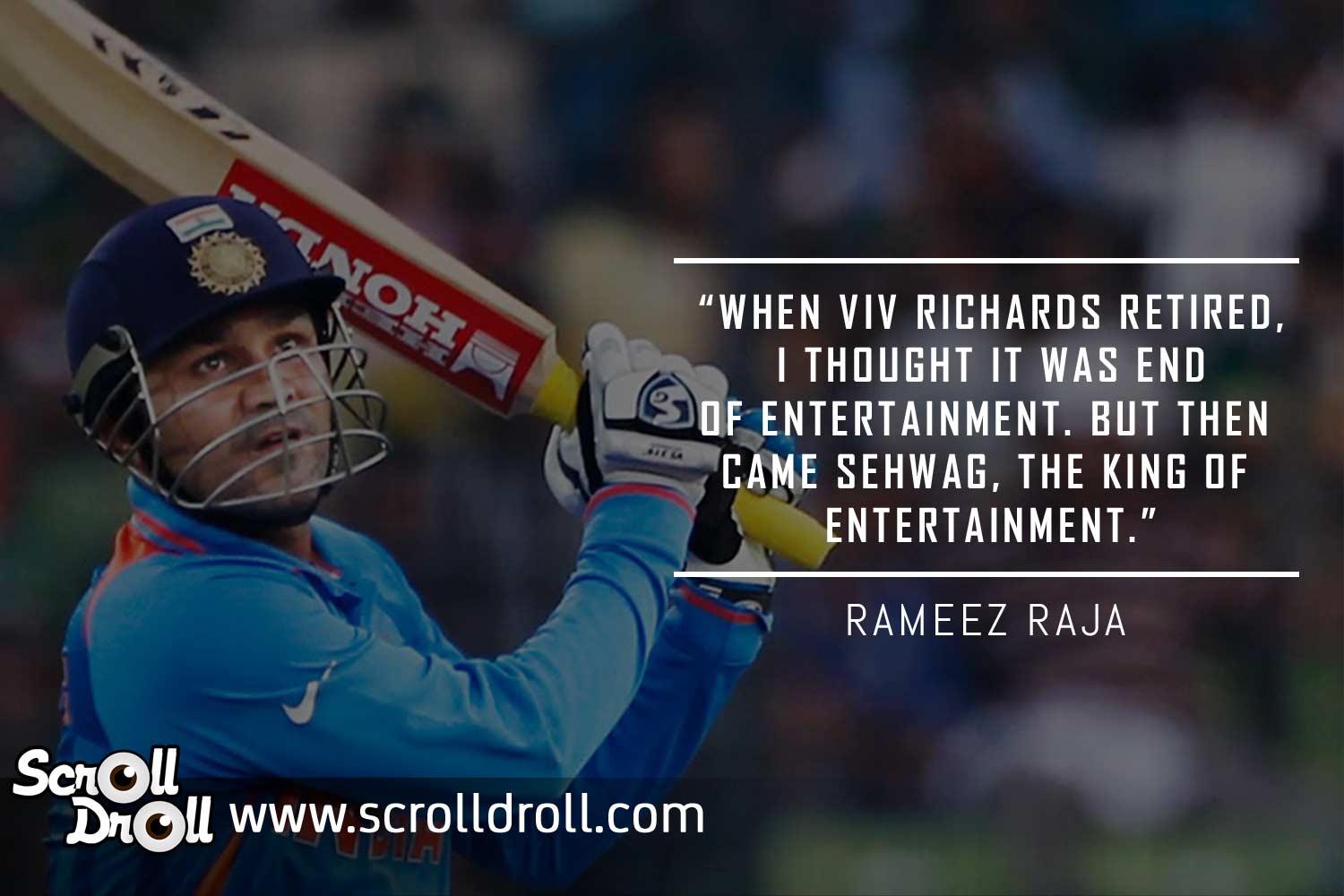 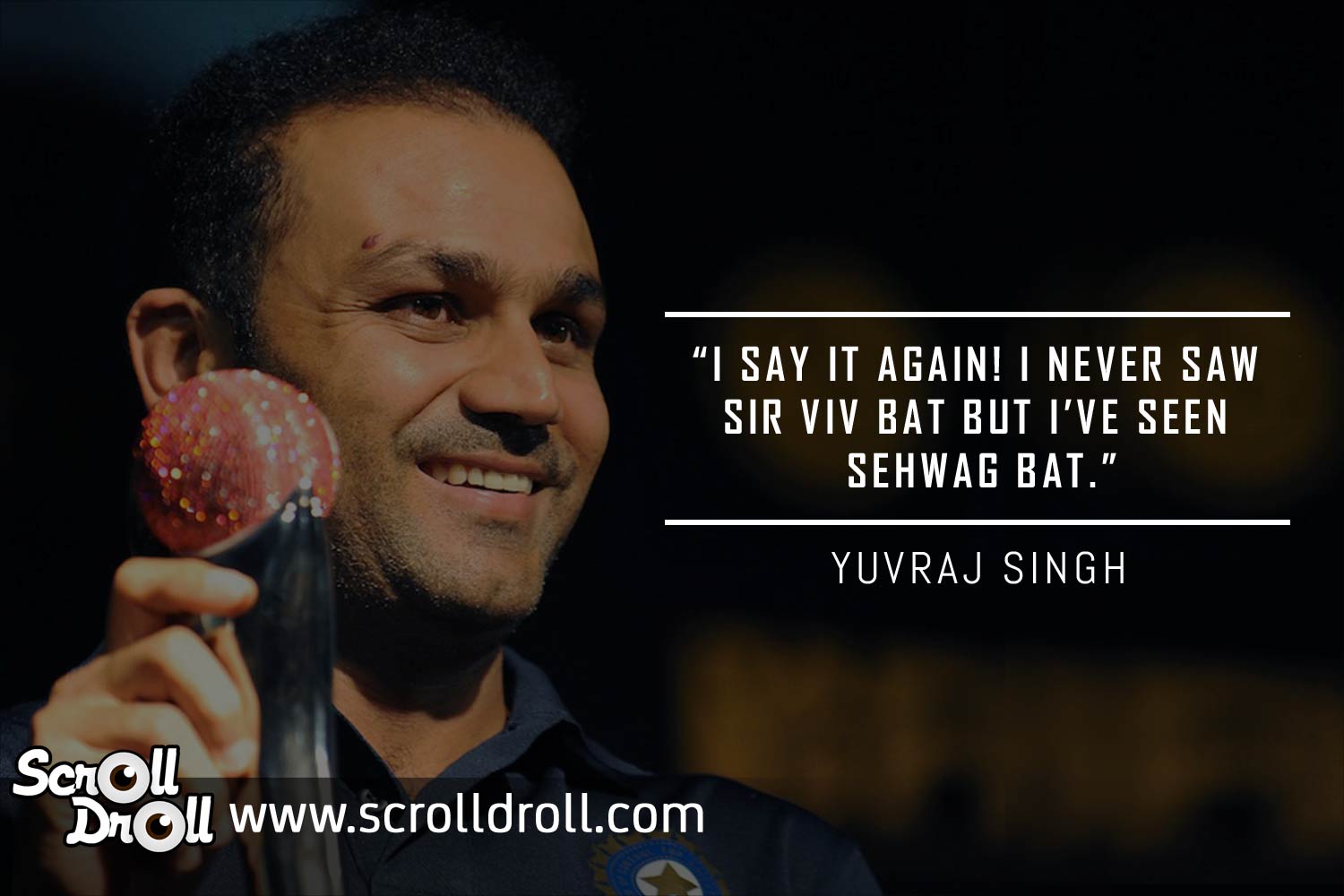 3. Something even the Little Master wasn’t good at 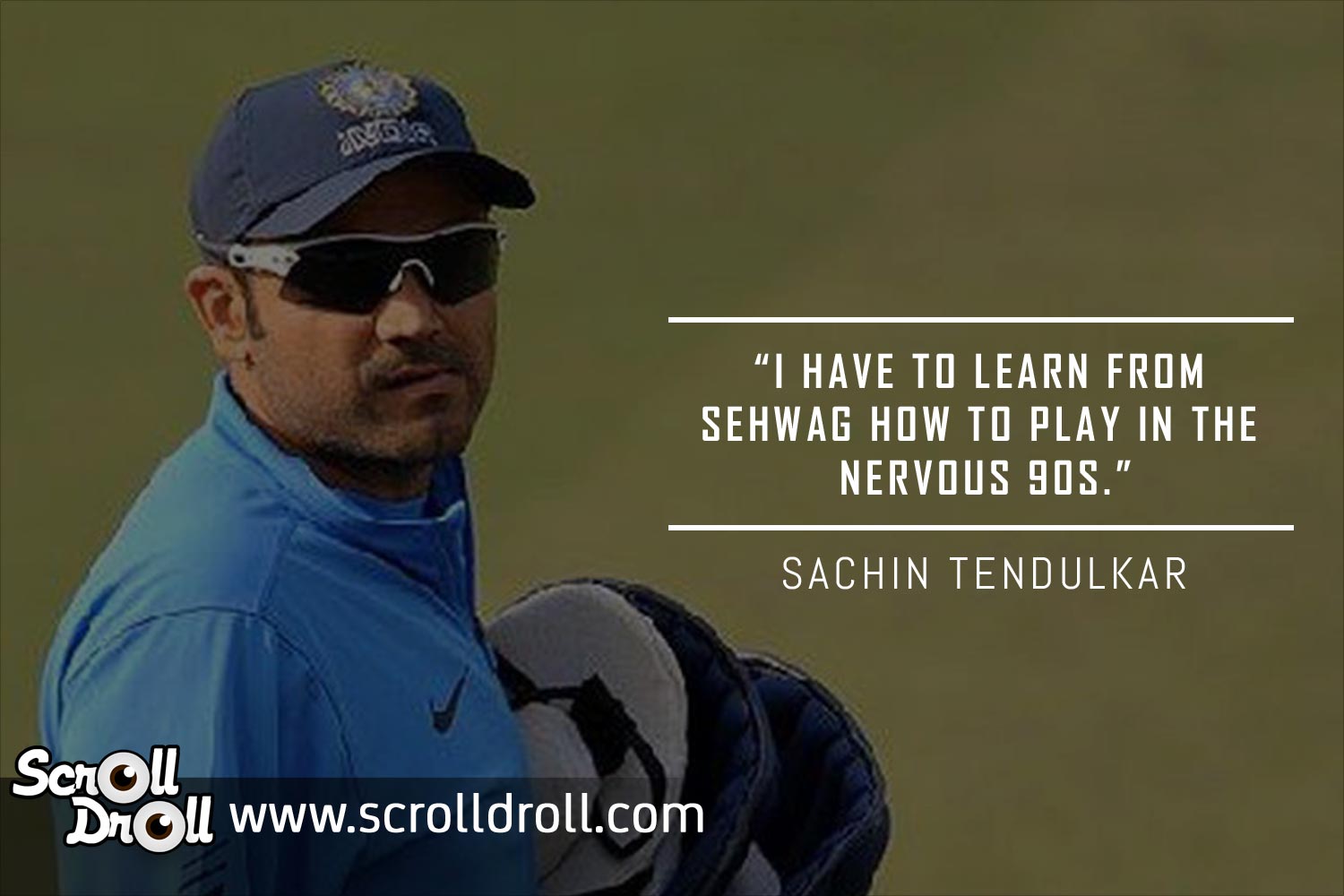 4. From one Opener to Another 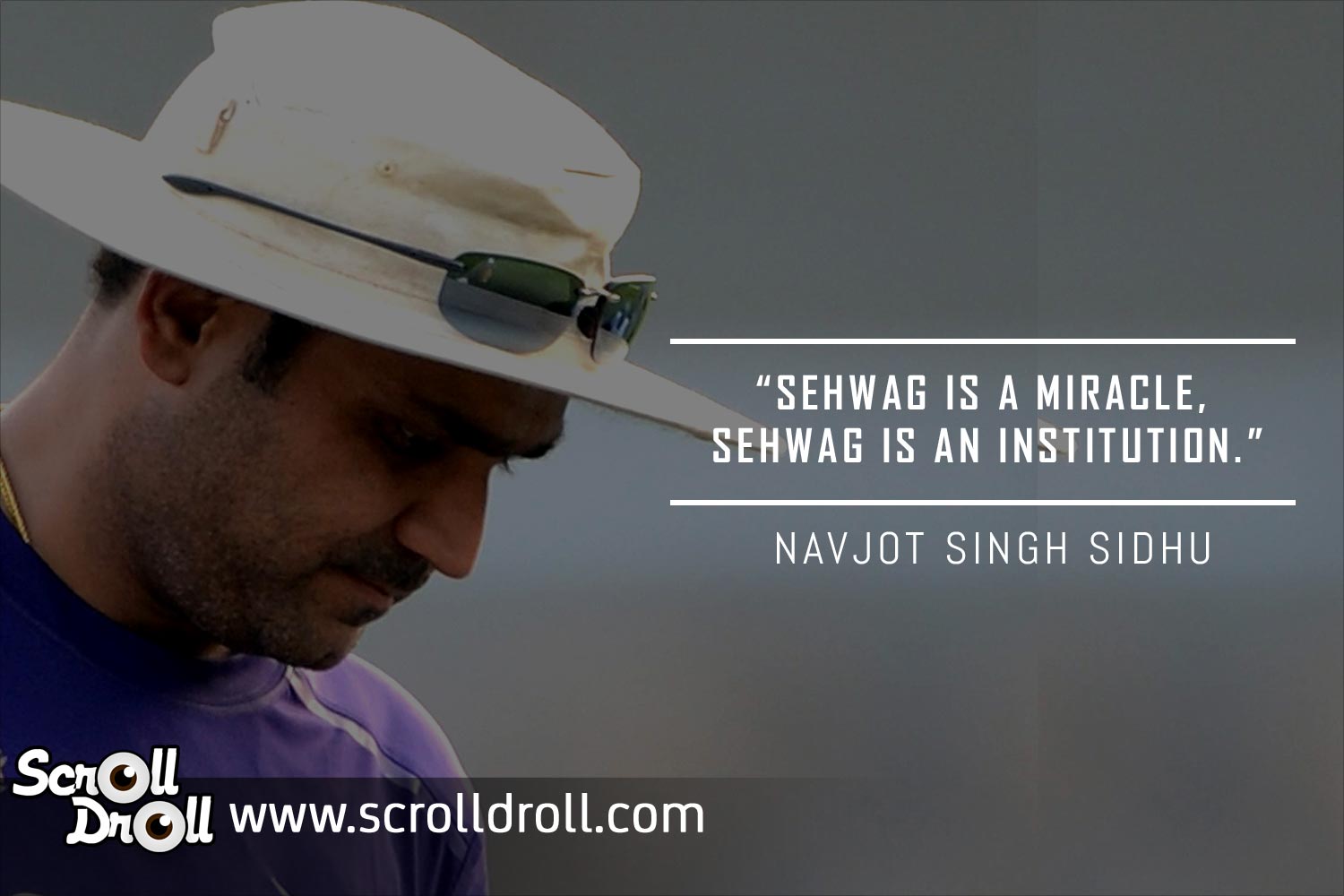 5. He’s worth many many miles 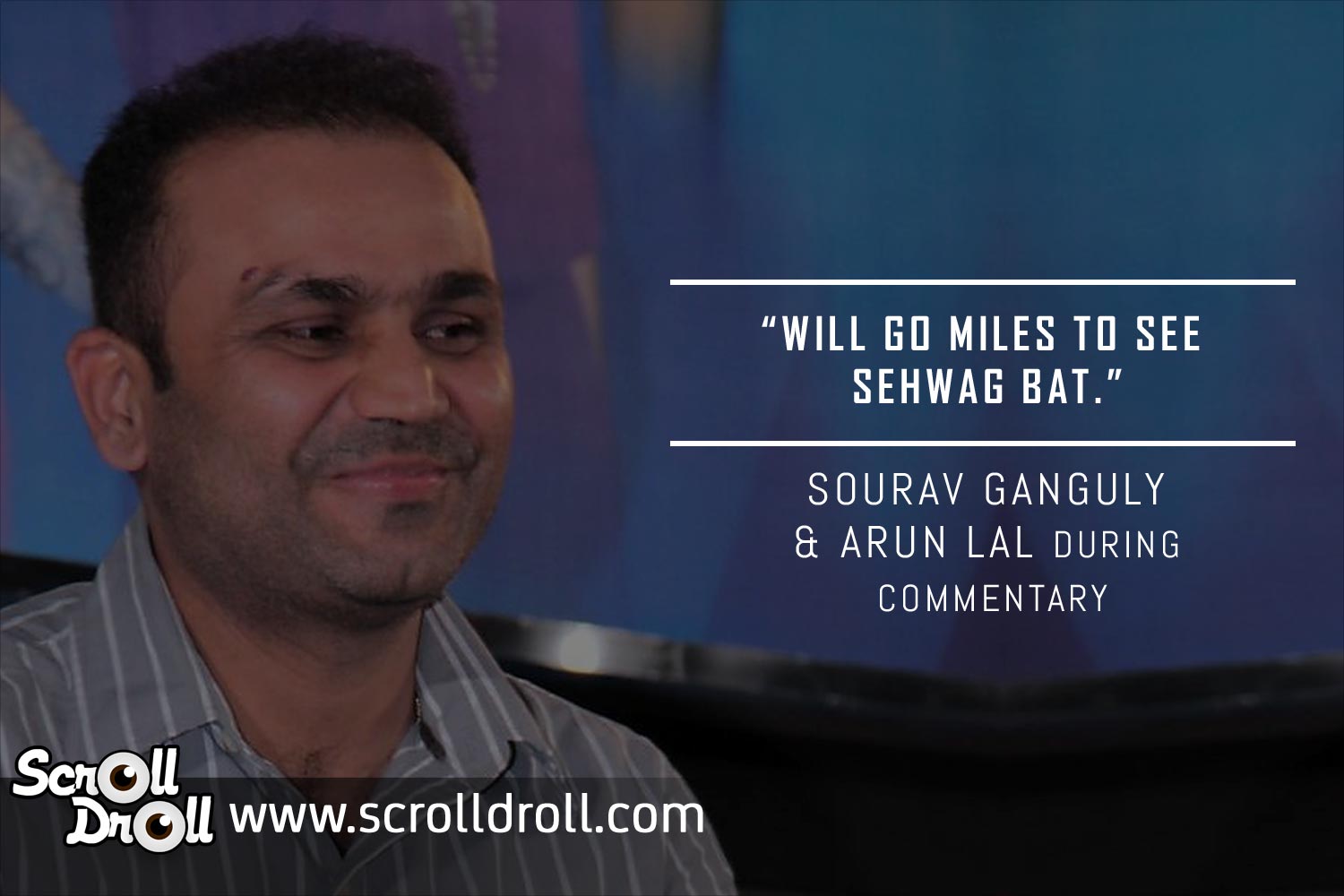 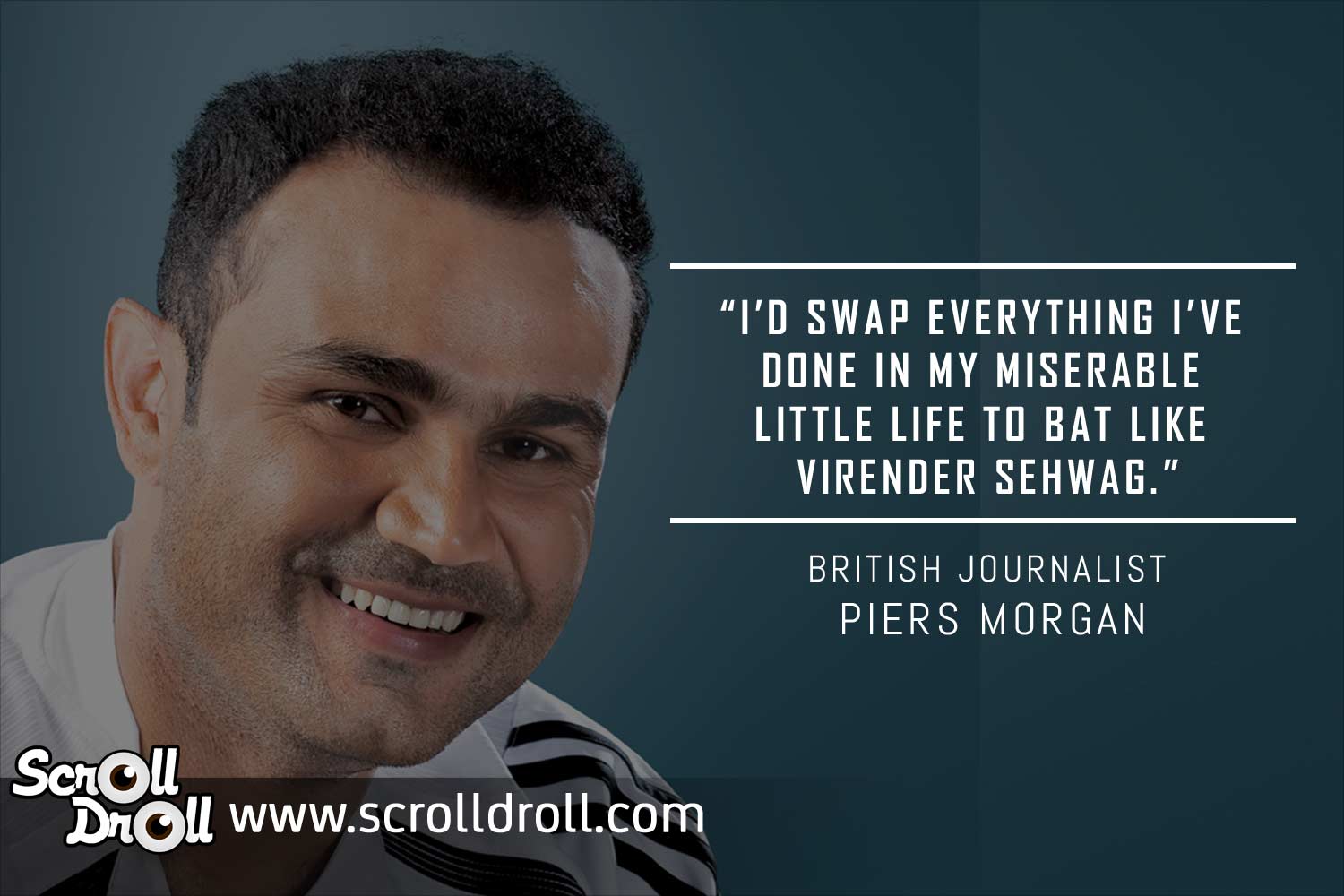 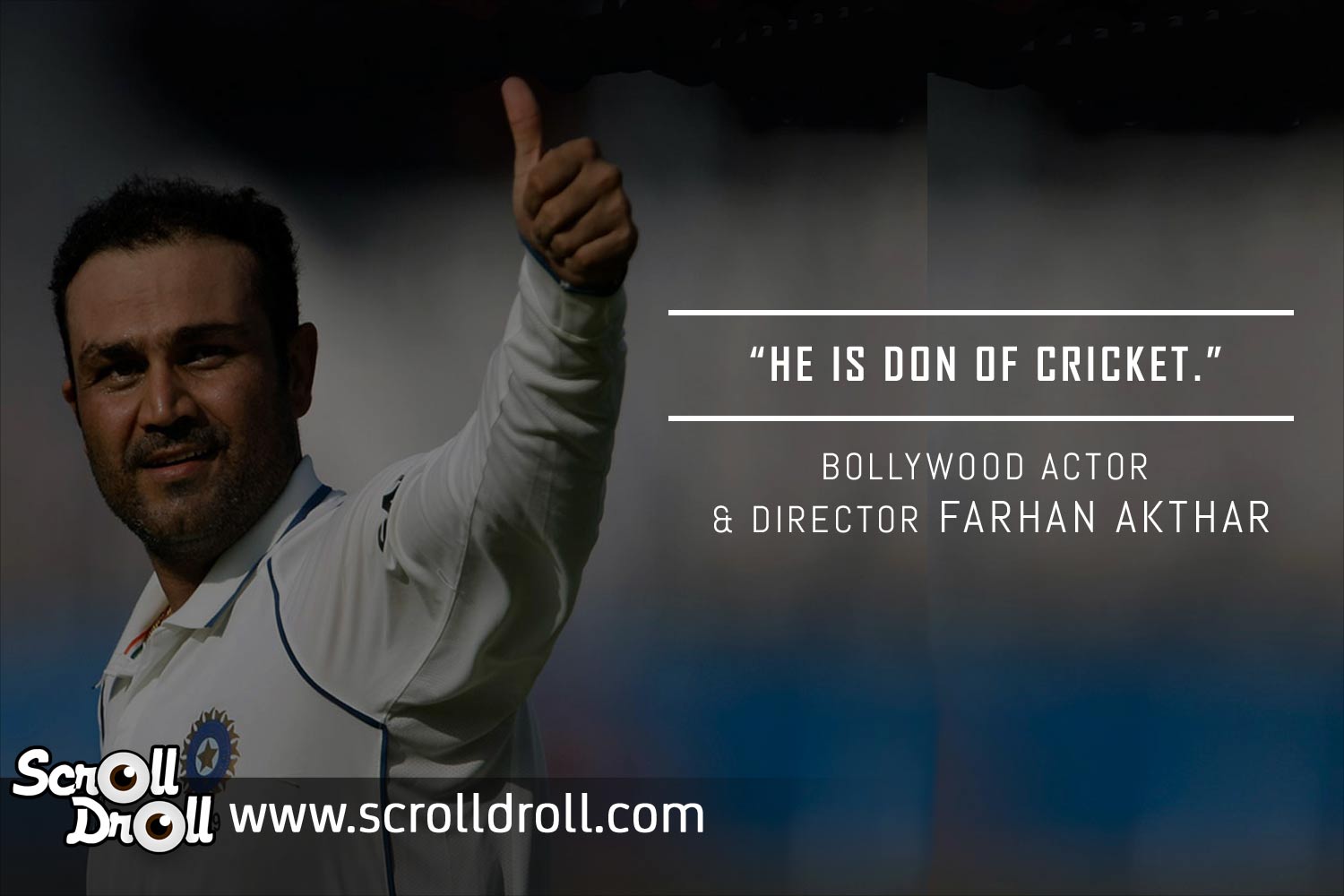 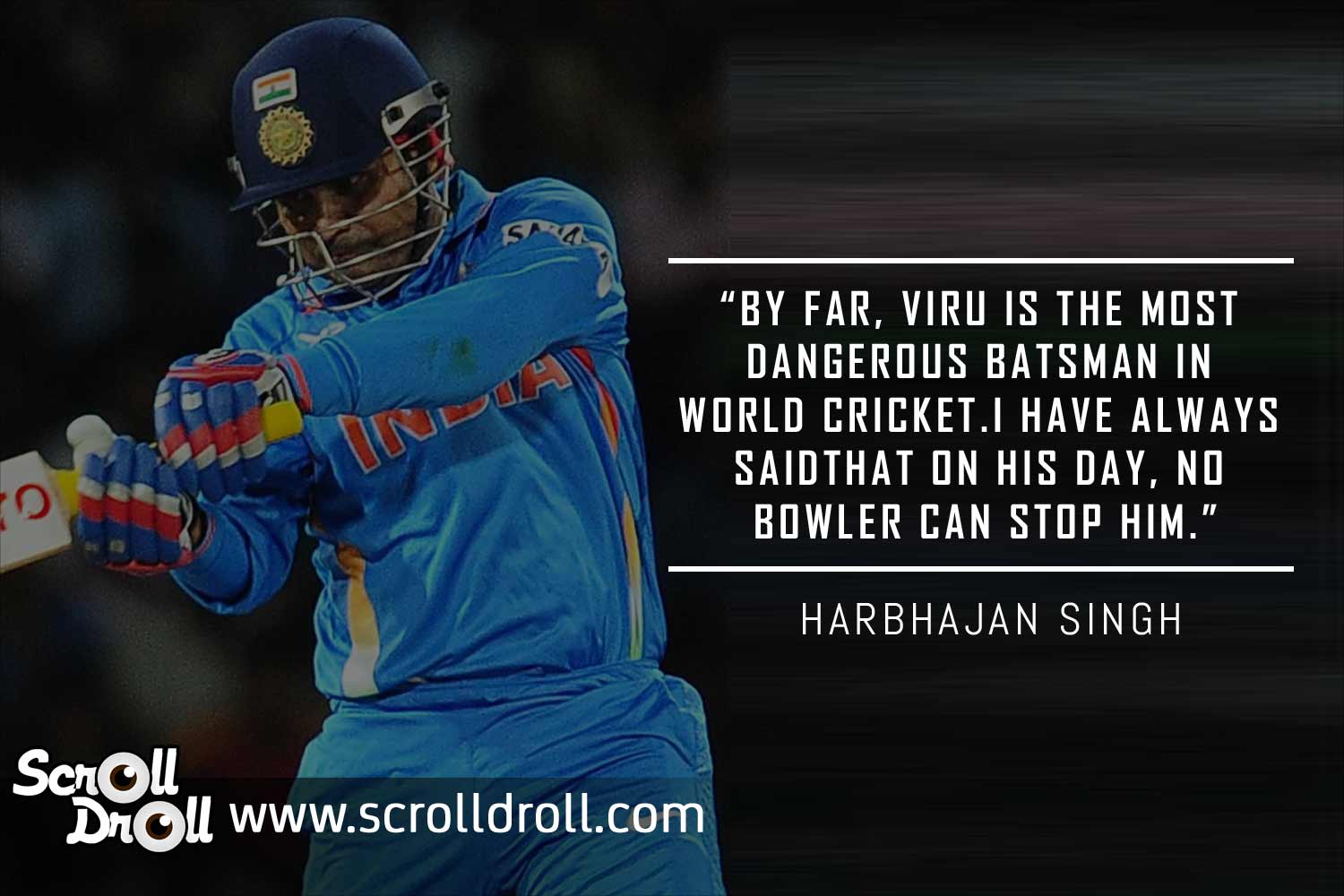 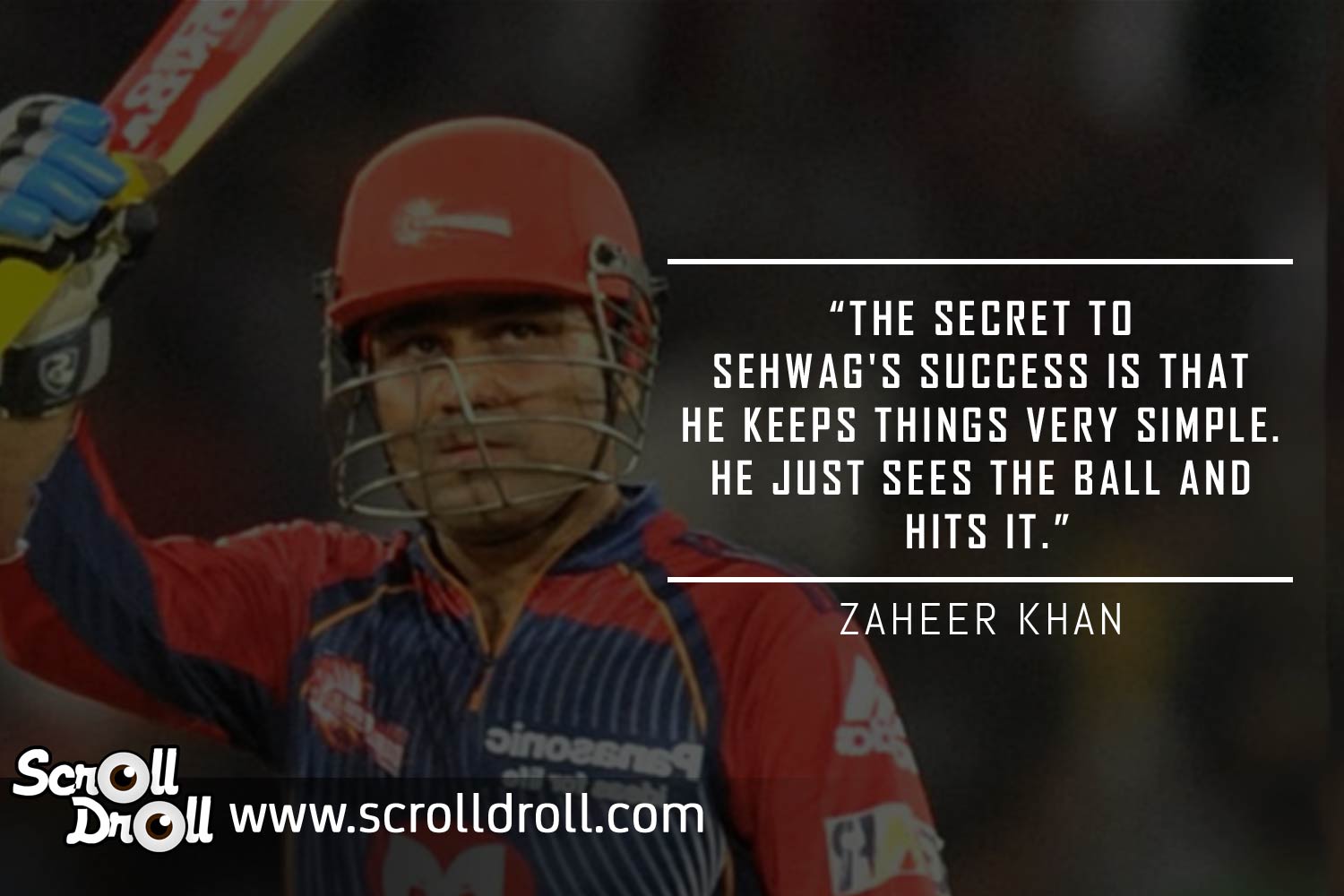 10. His batting speaks for him 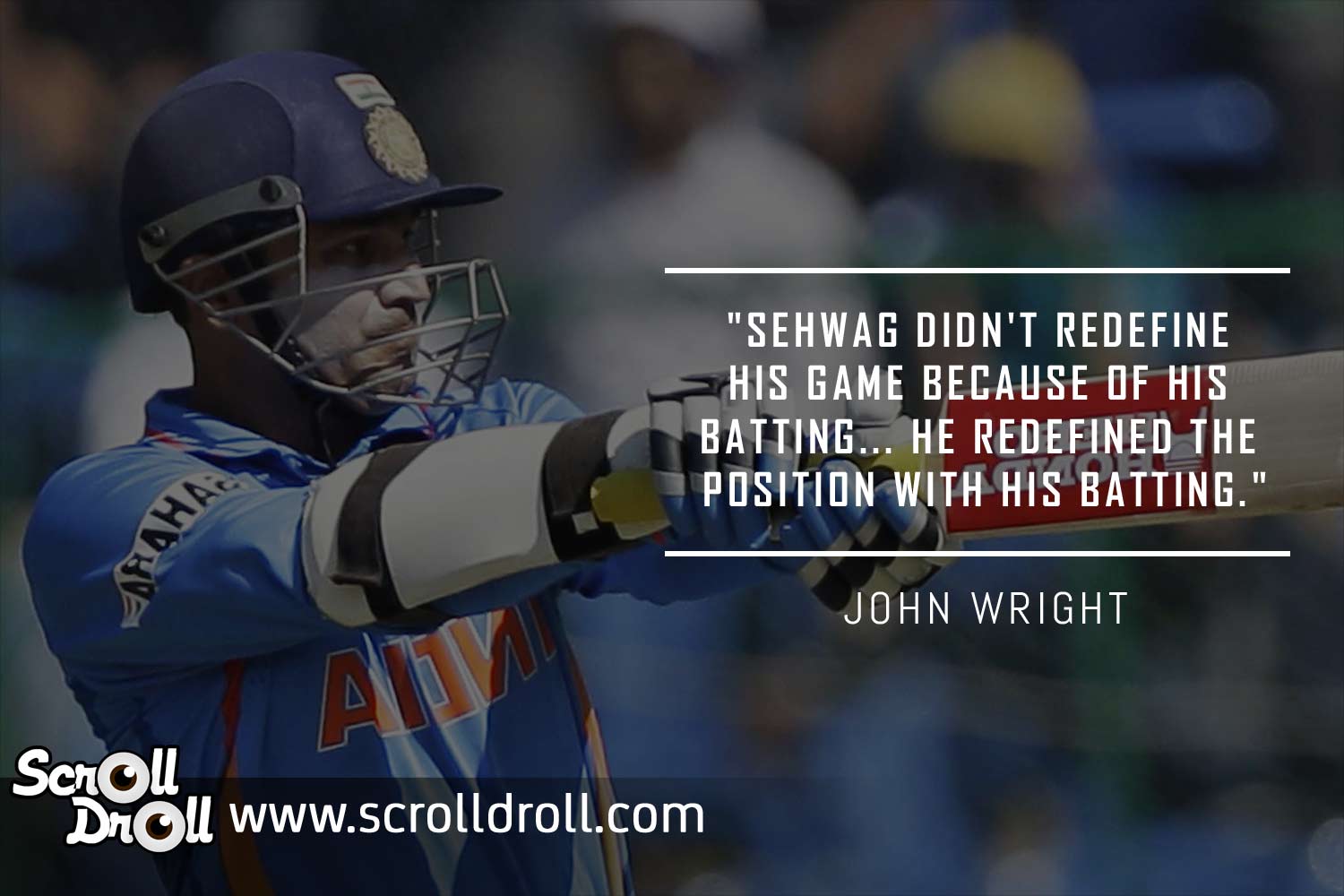 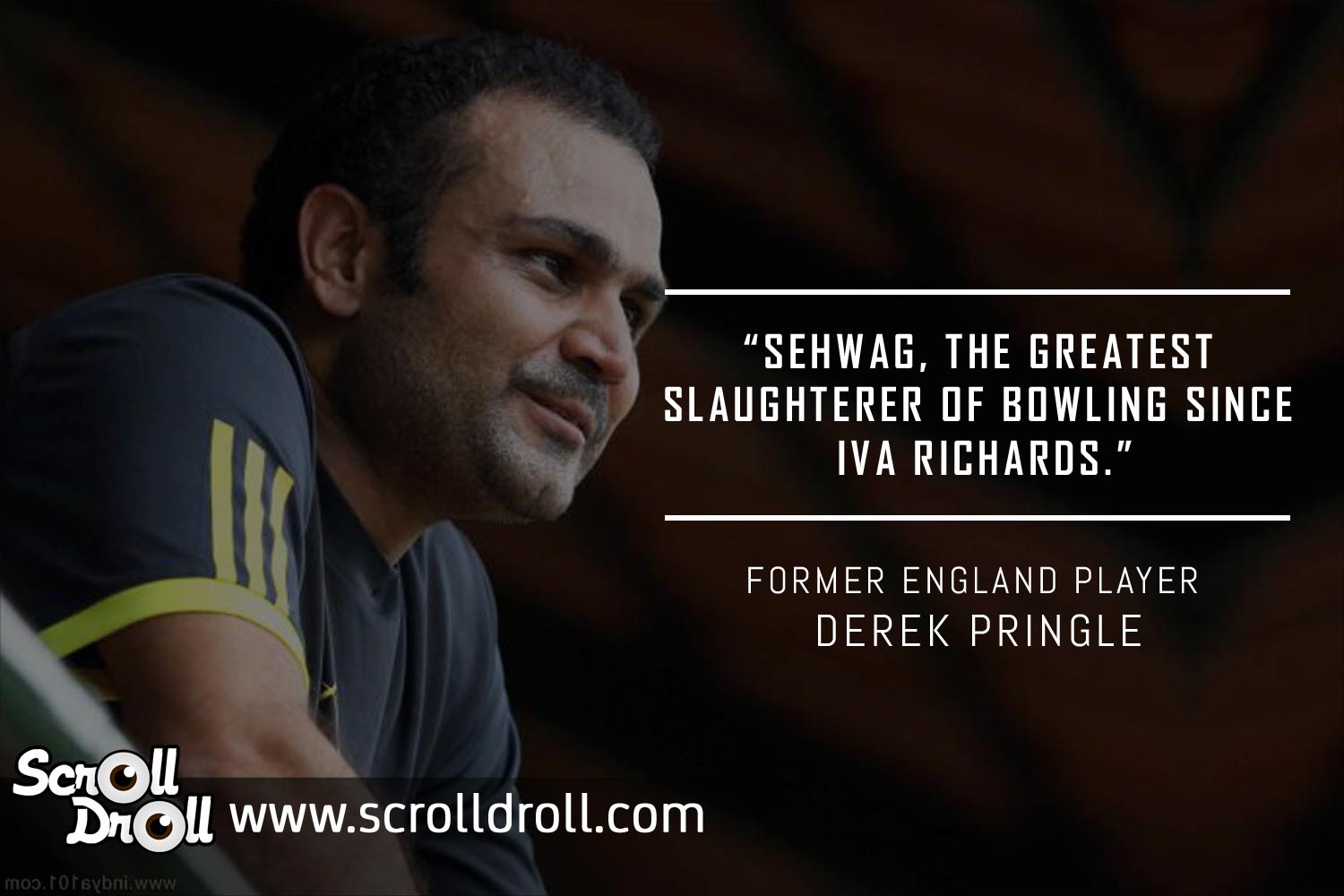 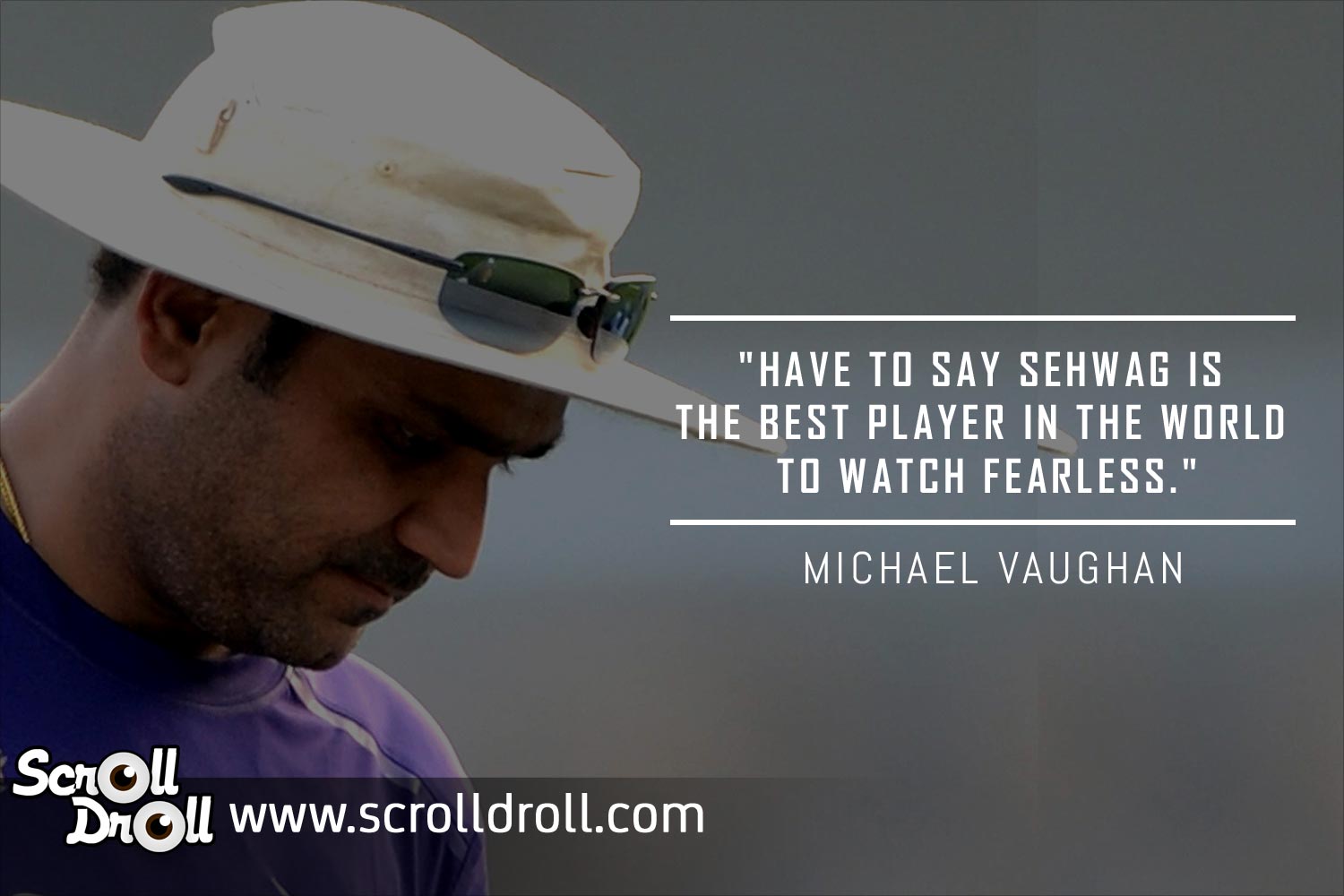 13. No target looked big with Sehwag on song 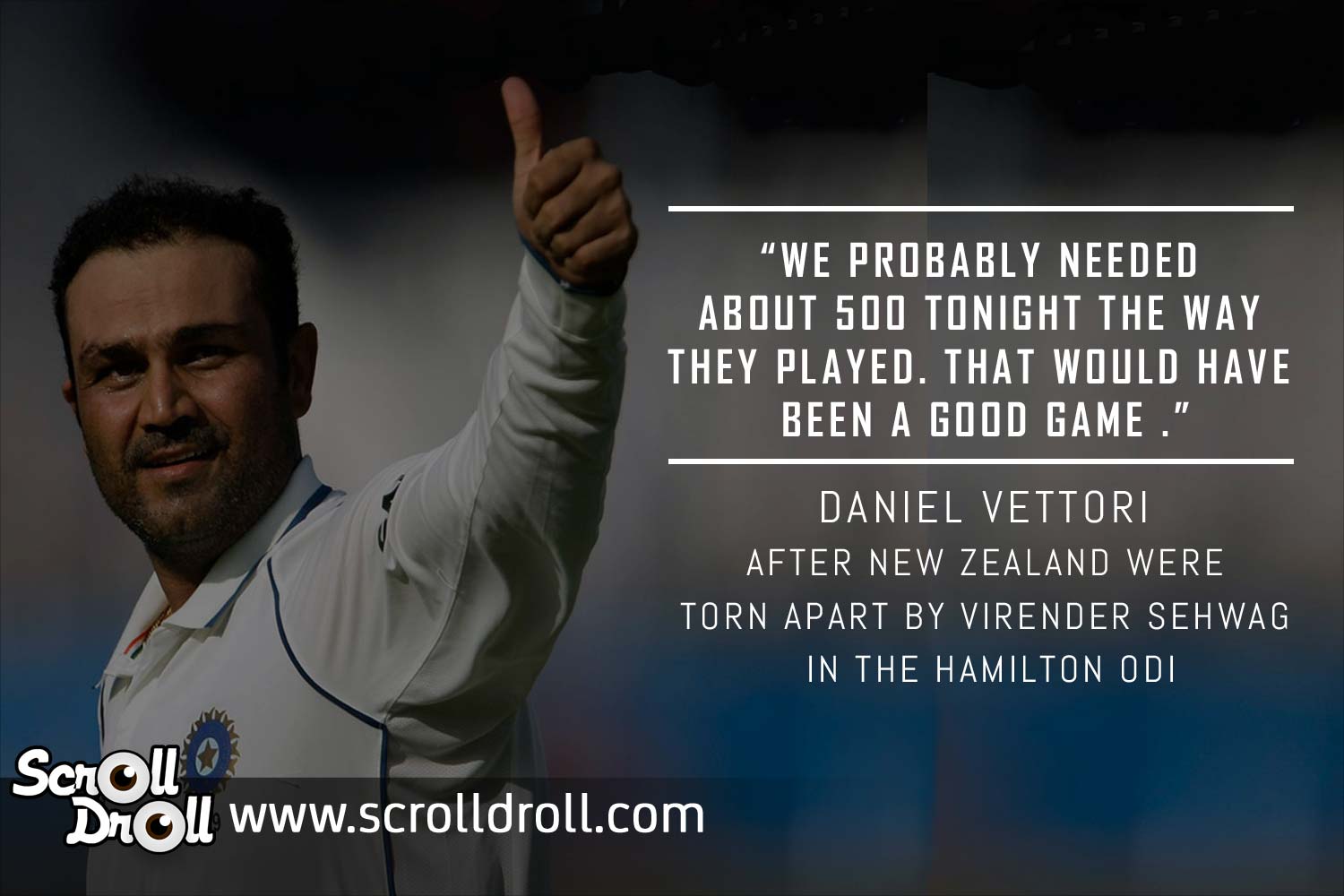 14. The famous six against Saqlin Mushtaq to complete his first Test Triple Ton! 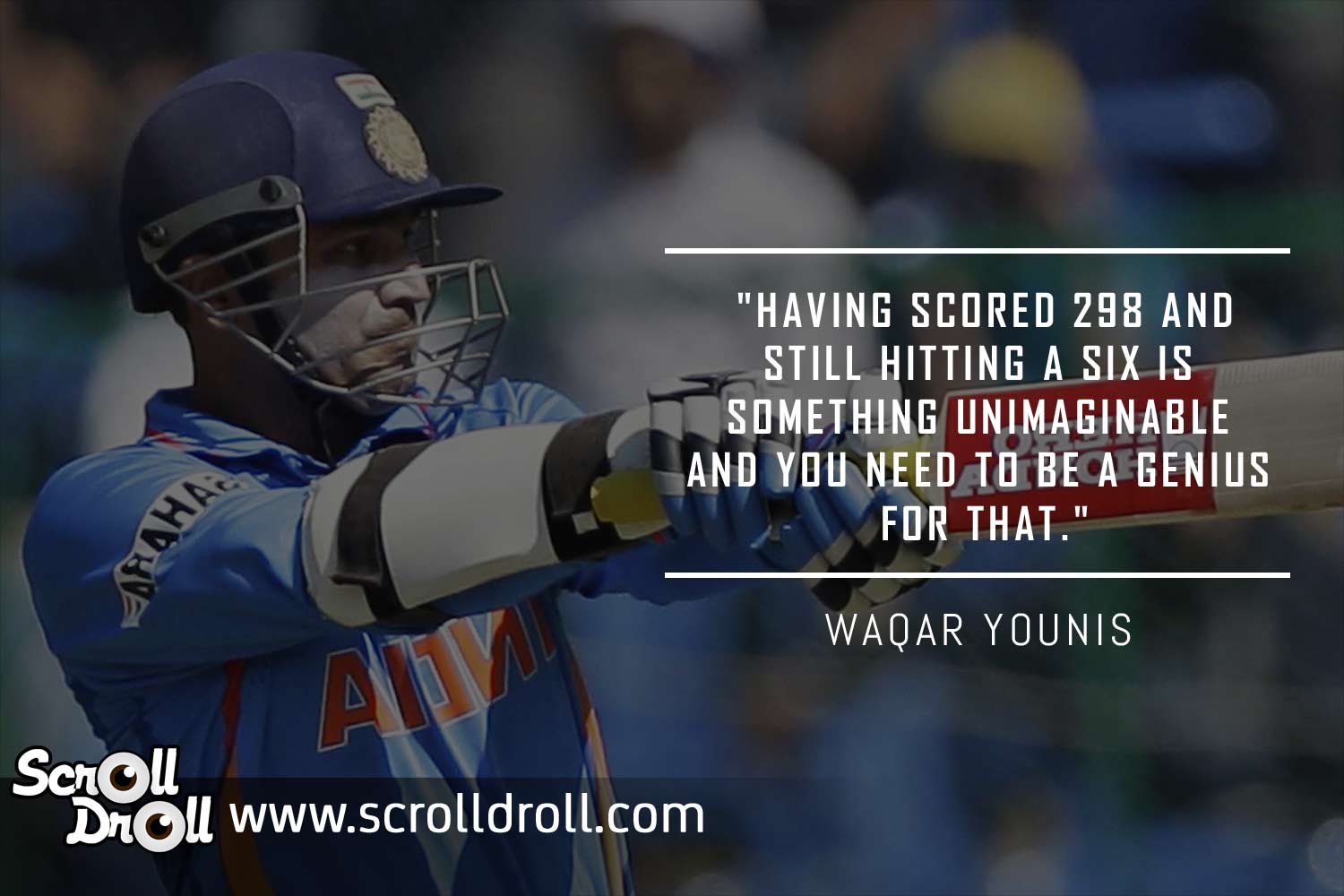 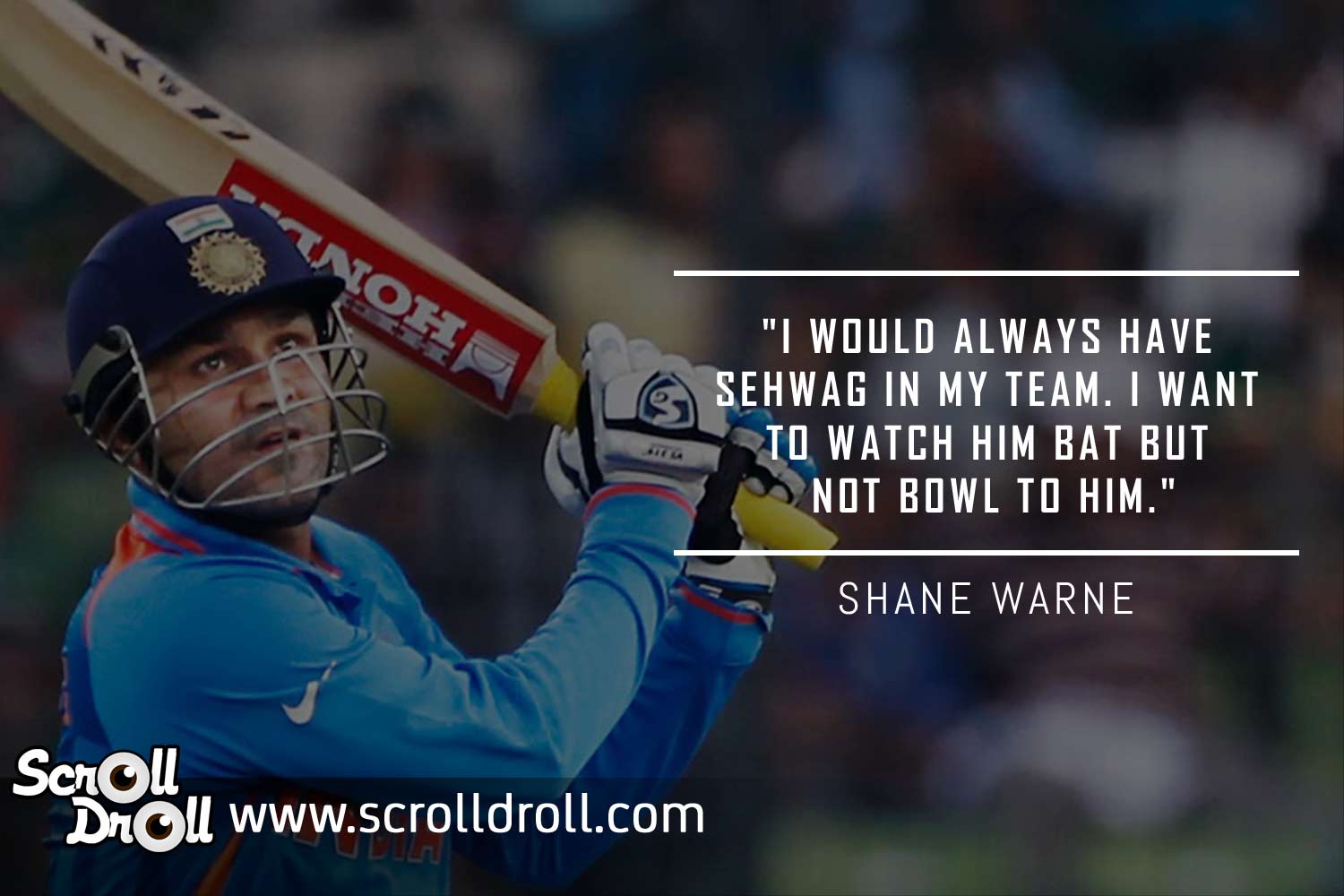 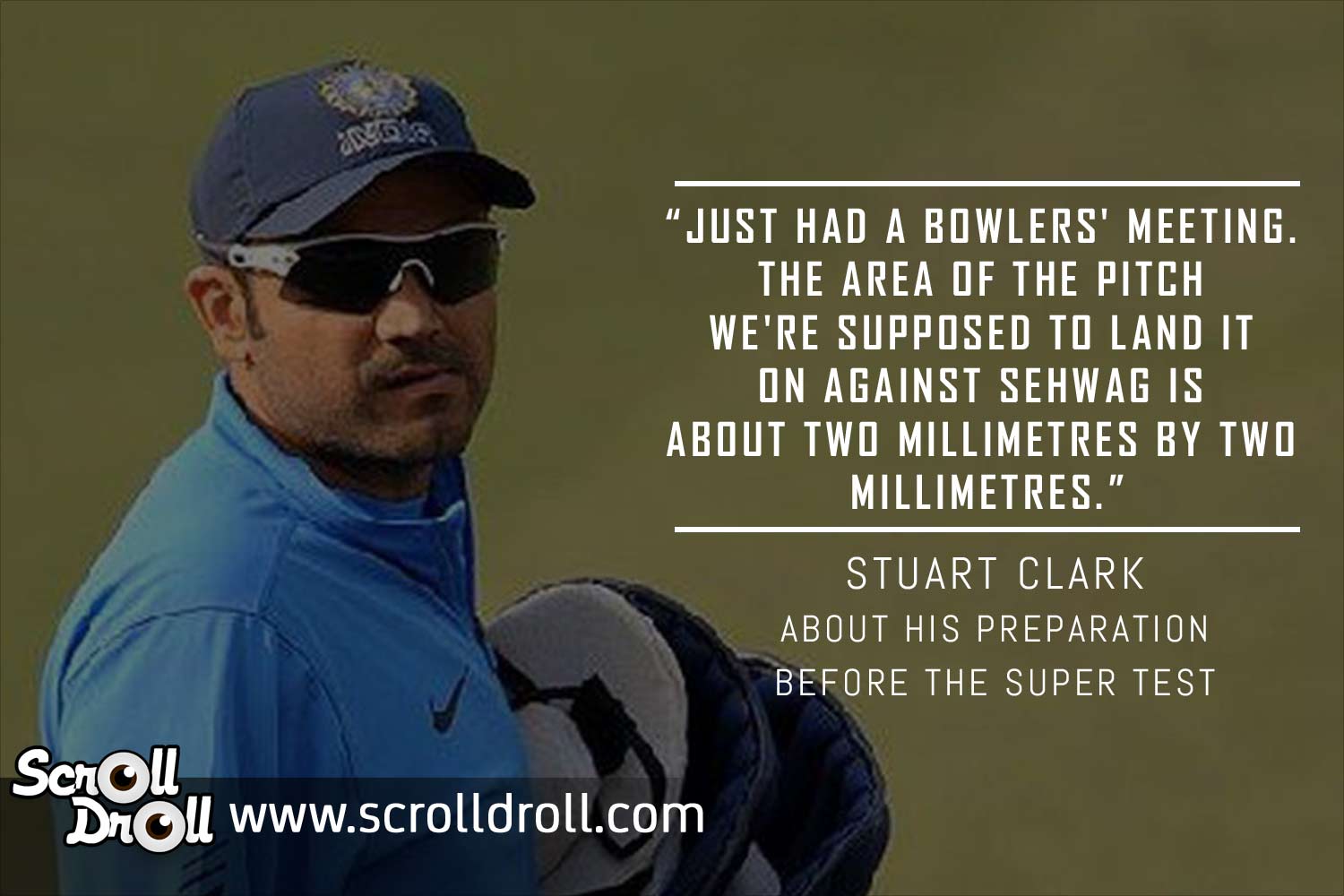 These quotes on Virender Sehwag prove his mettle and prowess in the game. For his genius game plan, ferocious batting and fearless play, Sehwag will forever be a memorable batsman of world cricket. He has definitely set up a high standard of batting which will impress and influence many and will always be hailed by legends.