20 Best Romantic Movies on Netflix To Watch With Your Partner

You and your partner are snuggled up on the couch, anticipating a steamy, entertaining movie night. You’ve made buttery popcorn, poured a glass of red wine, and put on your most comfortable pyjamas. All of the lovey-dovey vibes are present. The only thing missing is, of course, a romantic film to watch on your television. And what’s the one platform where you can watch pretty much any love-related film you can think of? Netflix. However, you don’t want to waste your at-home date night scrolling through the entire romance selection on the streaming platform (not hot). Fortunately for you, this list was curated to include only the best romantic movies on Netflix, from tearjerkers to hilarious comedies.

Also read: 15 Underrated Romantic Comedy Movies That Will Redefine Love For You

When two unlucky-in-love adults (Emma Roberts and Luke Bracey) show up to holiday parties single, they are constantly harassed by relatives and friends. So they devise an unusual solution: they will be each other’s platonic date for all of the holiday gatherings. It works perfectly until they inadvertently catch feelings. 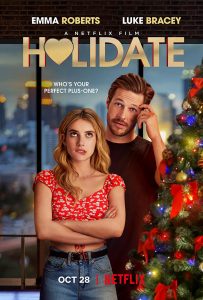 Noah Centineo plays a high school student who urgently needs money for his expensive college tuition. To make quick money, he creates an app that allows him to take the girls out on dates, promising to be their ideal escort in exchange for a small fee. What could possibly go wrong? 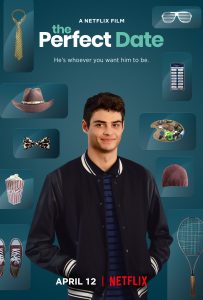 You haven’t lived until you’ve seen this hilarious Netflix original about a high school student (Joey King) who has a crush on her best friend’s brother (played by Euphoria star Jacob Elordi). You’ll have to watch to see how a kissing booth comes into play, but trust me when I say it’s worth it. 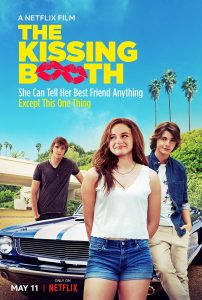 4. To All The Boys I’ve Loved Before

Lara Jean Covey (Lana Condor) is a hopeless romantic adolescent. She composes love letters to her crushes but never sends them. Her letters, however, are mysteriously delivered to various recipients one day (gasp!). Drama ensues, and she is forced to explain the awkward situation to each of her crushes. For its diversity, sincerity, and undeniable chemistry between Lara Jean and Peter, To All the Boys has been hailed as one of the best romantic movies on Netflix. To All the Boys I’ve Loved Before is for you if you’ve felt the genre has been lacking recently—and you need a perfect gentlemanly heartthrob to crush on. 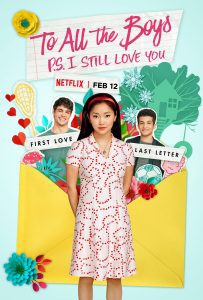 5. All The Bright Places

Two of the teenagers have particularly tumultuous pasts, including recent bereavement. But they find solace in each other, and a passionate romantic relationship blossoms—albeit not without challenges. 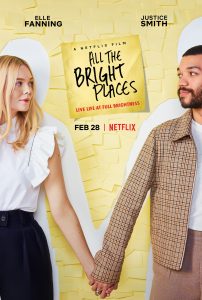 When a high school senior meets a mysterious guy at a party, everything changes. What follows is a sexual exploration and identity story that is equal parts Call Me by Your Name and Love, Simon. 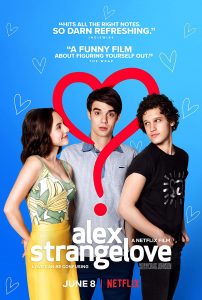 7. Always Be My Maybe

After several years of not seeing each other, two childhood friends (Ally Wong and Randall Park) reunite in San Francisco. They’re both in different stages of life, so they’re forced to rethink what a potential relationship could entail after a chance romantic encounter. 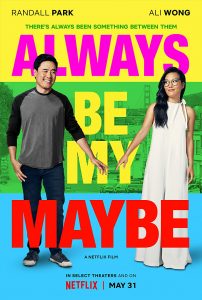 A writer (Gina Rodriguez) is forced to leave her friends (Brittany Snow and DeWanda Wise) and her long-term boyfriend in New York after landing her dream job at a publication in San Francisco. The film follows her as she considers her relationships in the city and considers whether she is truly ready to leave and begin a new chapter. 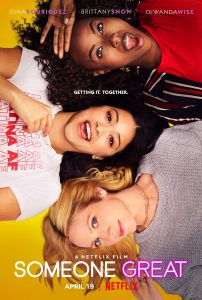 In this disturbing, if the steamy, portrayal of a relationship, filmmaker Malcolm becomes famous by telling the story of his girlfriend, Marie’s, life. The entire film revolves around one night in their relationship, which just so happens to be a turning point. 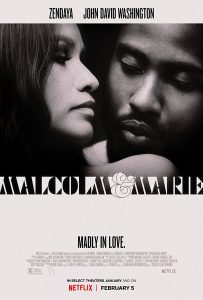 In this touching film, Mark Duplass and Sarah Paulson play high school sweethearts who reconnect in their hometown and spend one night together as if nothing has changed. The film is shot in black-and-white and feels like a heartbreaking time capsule. 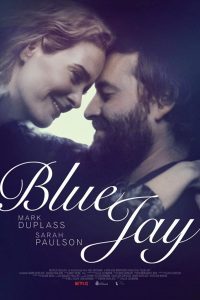 Set It Up is neither the most important nor the most ambitious film Netflix has ever released. However, it’s the one you’ll most likely want to watch again and again. Claire Scanlon’s film is one of the perfect romantic movies on Netflix to come out of the genre. In order to get a break from work, Zoey Deutch and Glen Powell play two overworked assistants who try to set up their bosses with each other. But, surprise, they fall in love with each other in the process. It’s adorable! 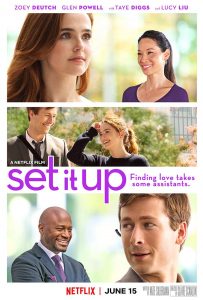 Dear John is a Nicholas Sparks film about Savannah (Amanda Seyfried) and John (Channing Tatum), who meet while John is on military leave at a local beach town. In just two weeks, the two fall in love, but John must return to the army and leave Savannah behind. They keep in touch by writing letters to each other, but a lot happens while they’re apart… 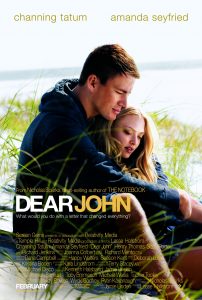 If you’re looking for a romantic film set in the winter, you’ll enjoy The Holiday. When two women (Cameron Diaz and Kate Winslet) swap houses for a Christmas vacation, they both fall in love unexpectedly and must figure out how to move on. 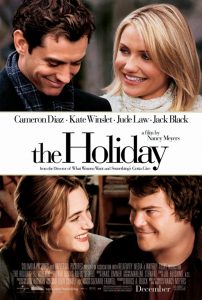 Though you probably guessed from the title, Falling Inn Love isn’t exactly a groundbreaking work. Who cares, though! It’s sweet and heartwarming, one of the best romantic movies on Netflix, and well worth an hour and 38 minutes of your time. 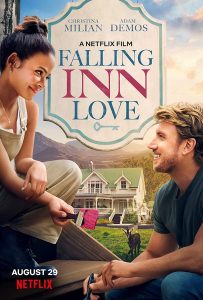 When a couple goes on a long-term trip to Verona, Italy, the woman (Amanda Seyfried—yes, again!) becomes involved in a scheme to track down an older woman’s long-lost lover from 1957. Drama ensues, and some characters find love in unexpected places. That seems about right. 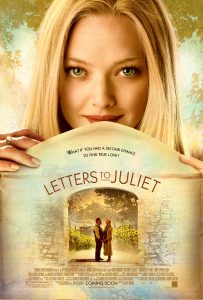 Two chronically ill teens with cystic fibrosis, played by Cole Sprouse and Haley Lu Richardson, meet and form a close bond despite their inability to be physically near each other. This movie will undoubtedly make you cry. 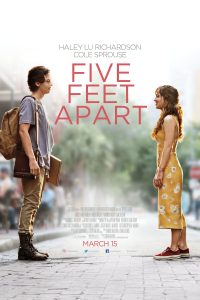 While serving in Iraq, Zac Efron plays a Marine who discovers a photograph of a woman and keeps it as a good luck charm. When he returns to the United States, he finds her and, spoiler alert, they fall in love. 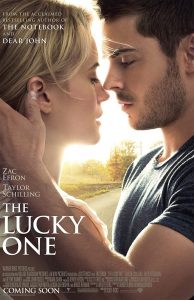 One woman falls in love with a talented artist after seeing some of his work in this steamy romance. However, loving an artist is difficult—they must learn to balance the complexities of their relationship with their commitment to a creative outlet. 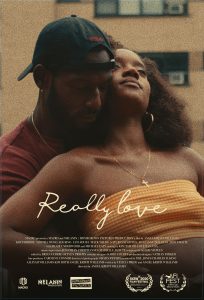 In this film, a man creates a fake dating profile in the hopes of meeting his dream girl. When she flies cross-country to meet him, she realises he’s catfishing her and instead asks for his help in finding the guy of her dreams. But what if she’s met him before? 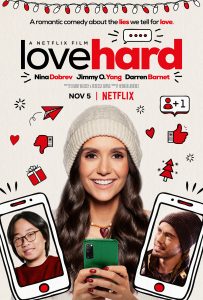 This is a true classic. Two people from different social classes fall in love with the luxurious and now-famous Titanic, starring Leonardo DiCaprio and Kate Winslet. They have no idea that impending doom awaits them and everyone else on board. 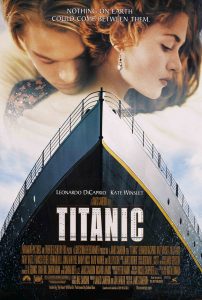 We have now come to the end of our list 0f some of the best romantic movies on Netflix. Every movie listed has been a huge hit and celebrity crushes were definitely updated after watching a couple of these. Make sure you curl up on your couch and binge-watch these movies this weekend.

20 Best Japanese Films That Must Be On Your Watchlist