An Indian philosopher, yoga guru, reformer and Indian nationalist, Sri Aurobindo was one of the most influential Indian figures of the early 20th century. Aurobindo Ghose was involved in the Indian nationalist movement in his early years and became popular for his fiery writings against colonial British power. He later left politics for spiritual work and moved to Pondicherry where he propagated Integral Yoga. Sri Aurobindo quotes shed light on his philosophy of the evolution of human life into a divine life in the divine body. His life, teachings and philosophy influenced a number of prominent figures of the 20th Century including the likes of Netaji Subhash Chandra Bose who played a pivotal role in the Indian freedom struggle.

Also read: 25 Quotes By Famous Philosophers For Some Clarity About Life!

We bring you some of the best Sri Aurobindo quotes for spiritual realization.

1. True knowledge is not attained by thinking 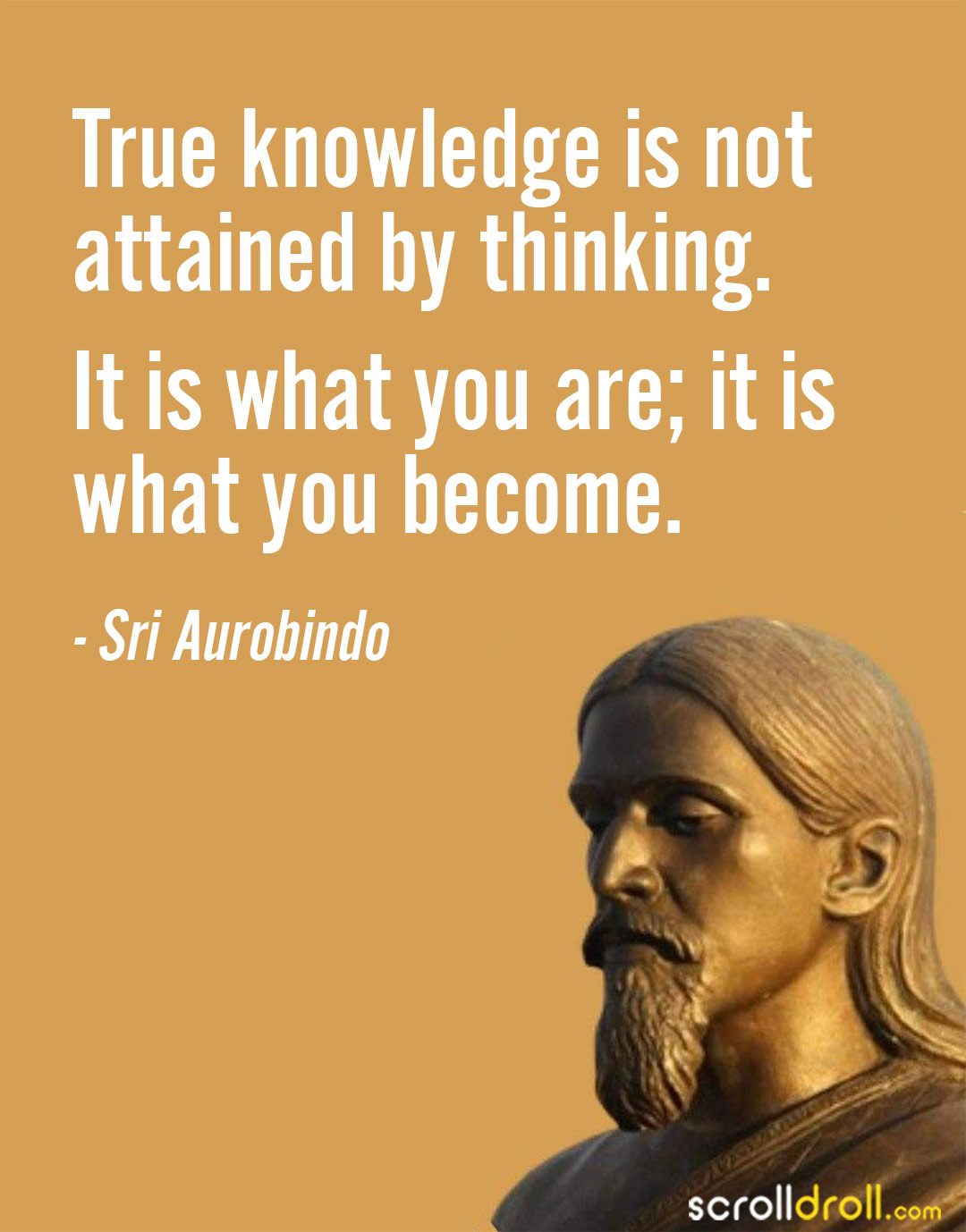 2. Truth can be heard only when the mind is still. 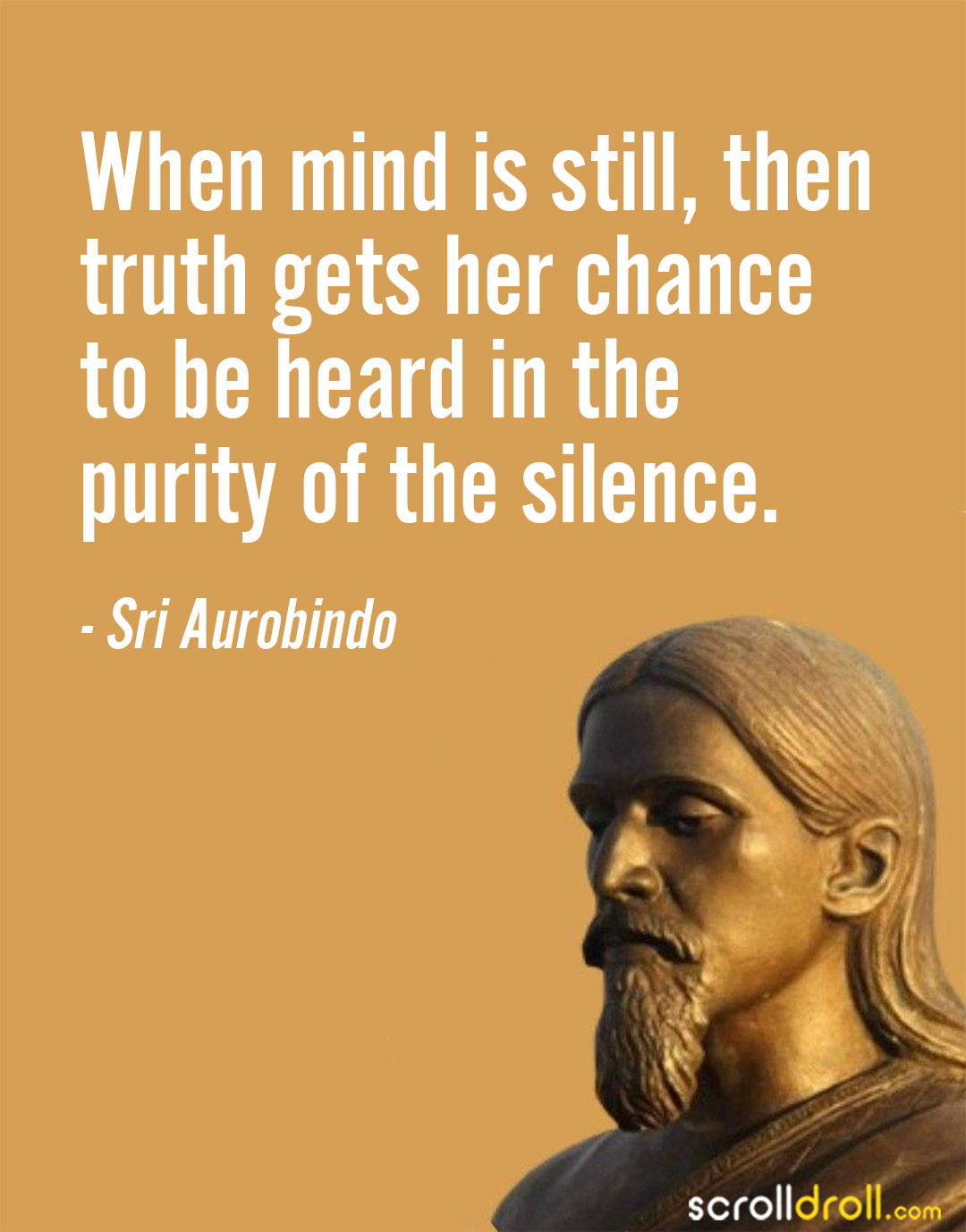 3. Love comes from God and to God, it returns. 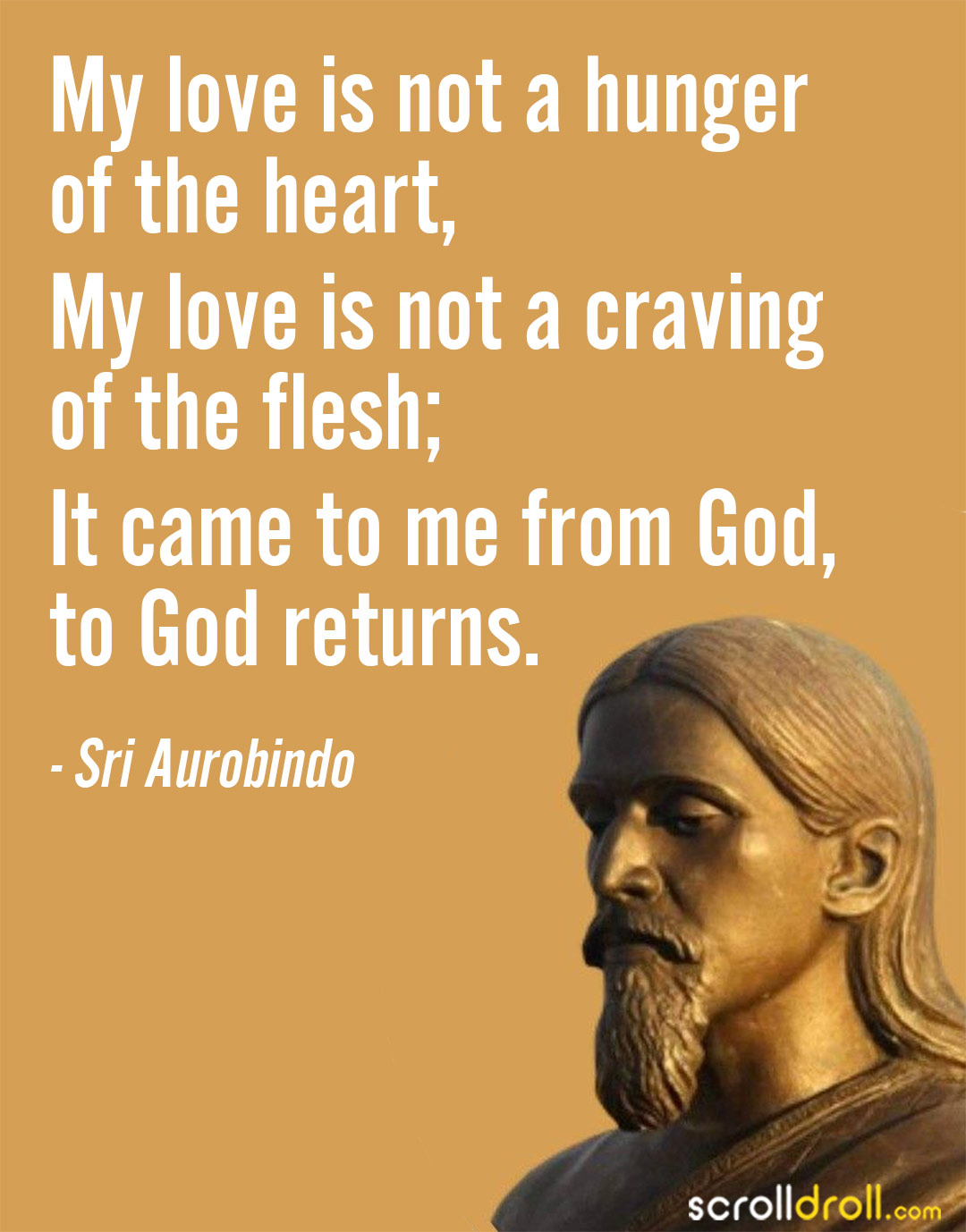 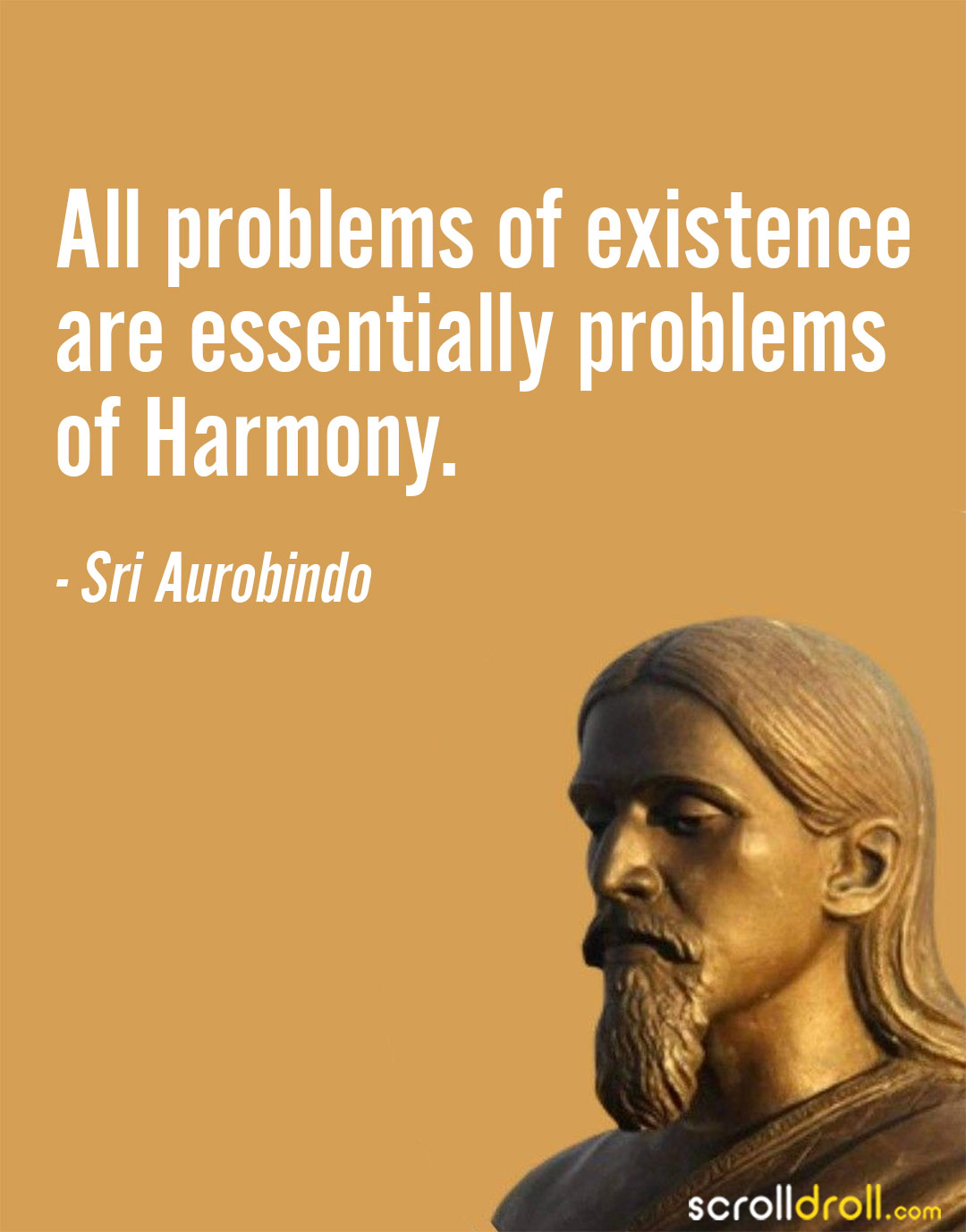 5. Many withdraw from the Grace 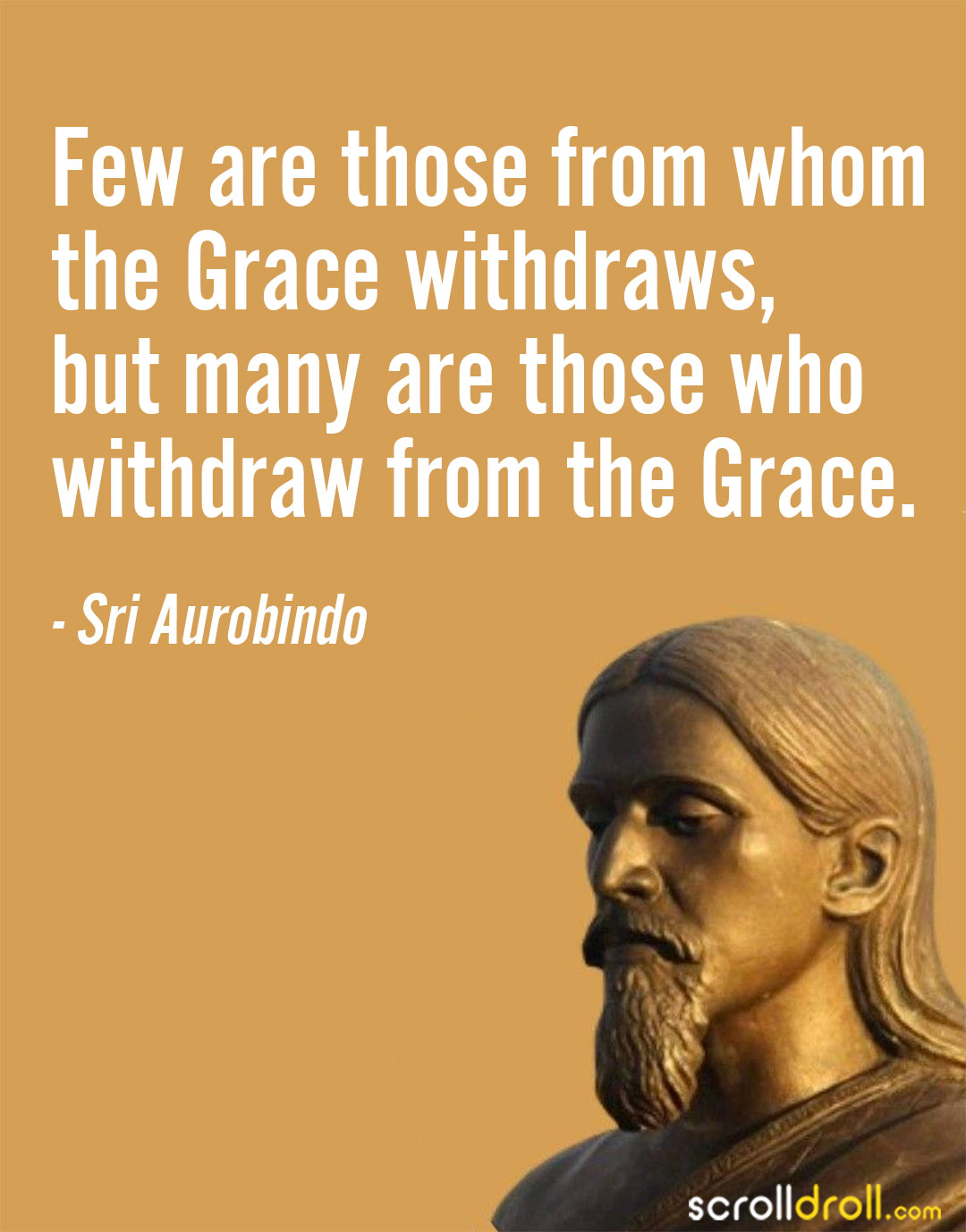 6. Courage and love are simply indispensable. 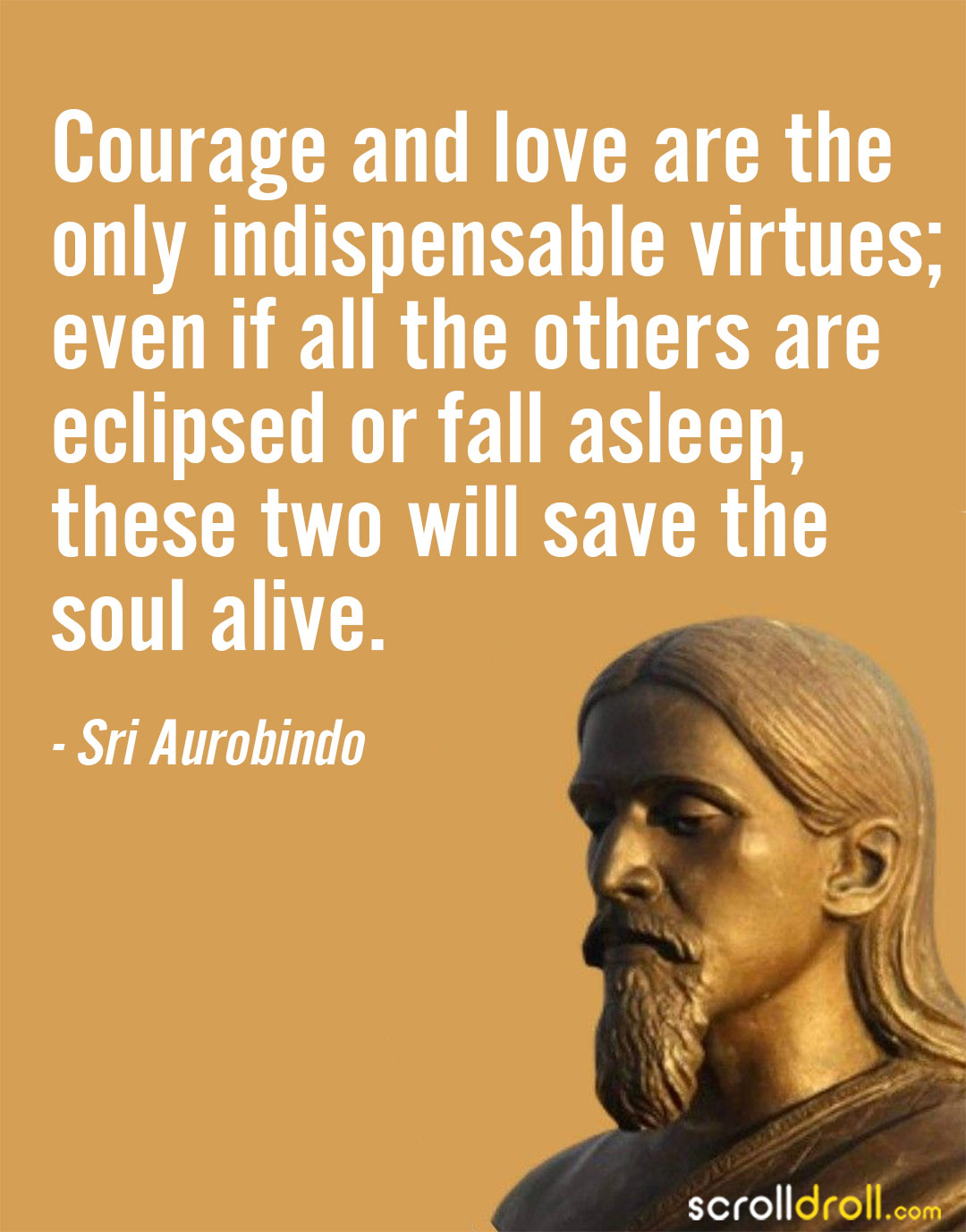 7. Nothing can be taught. 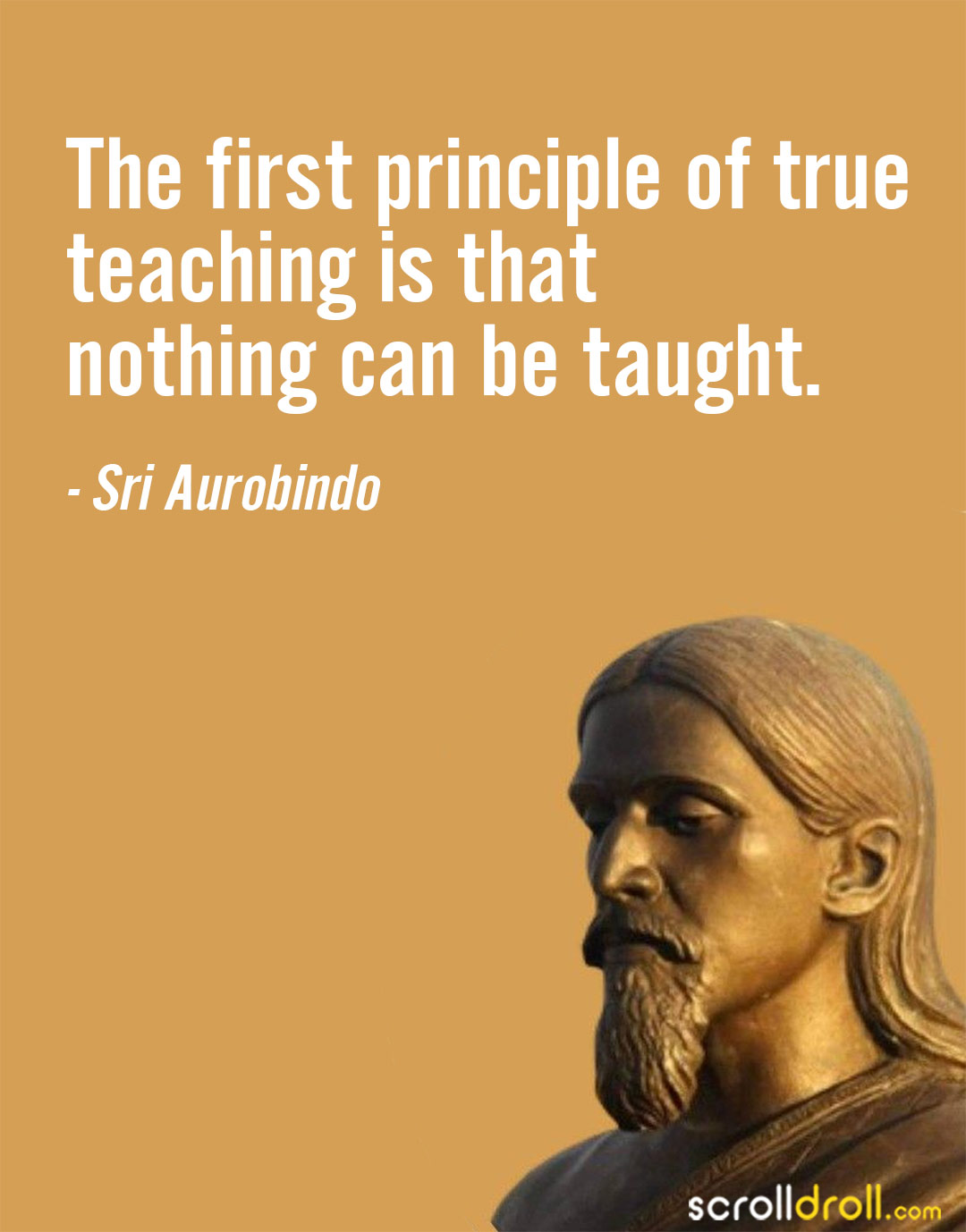 8. We yearn for freedom but are in love with the chains. This is the paradox. 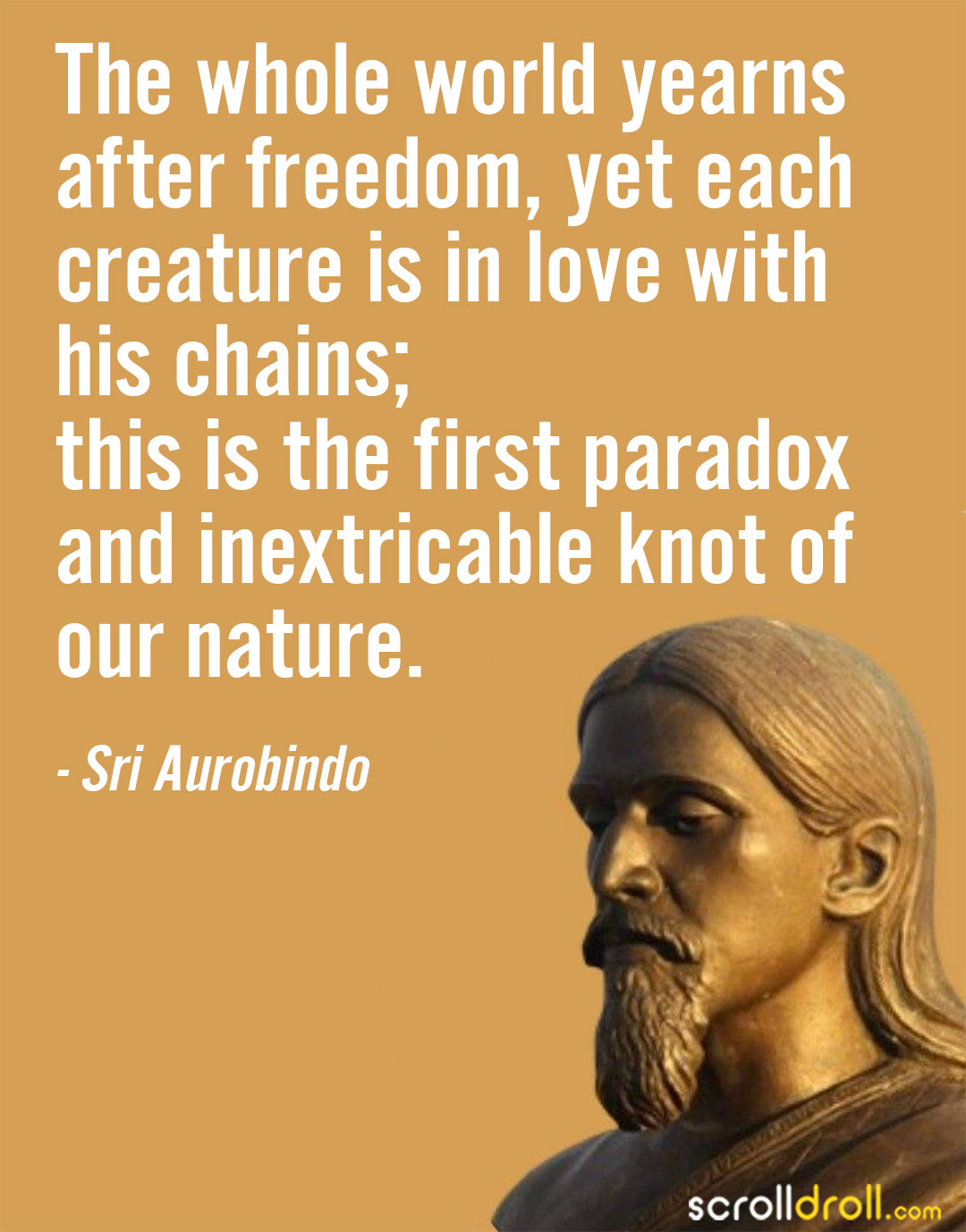 9. Divine Truth is greater than any religion. 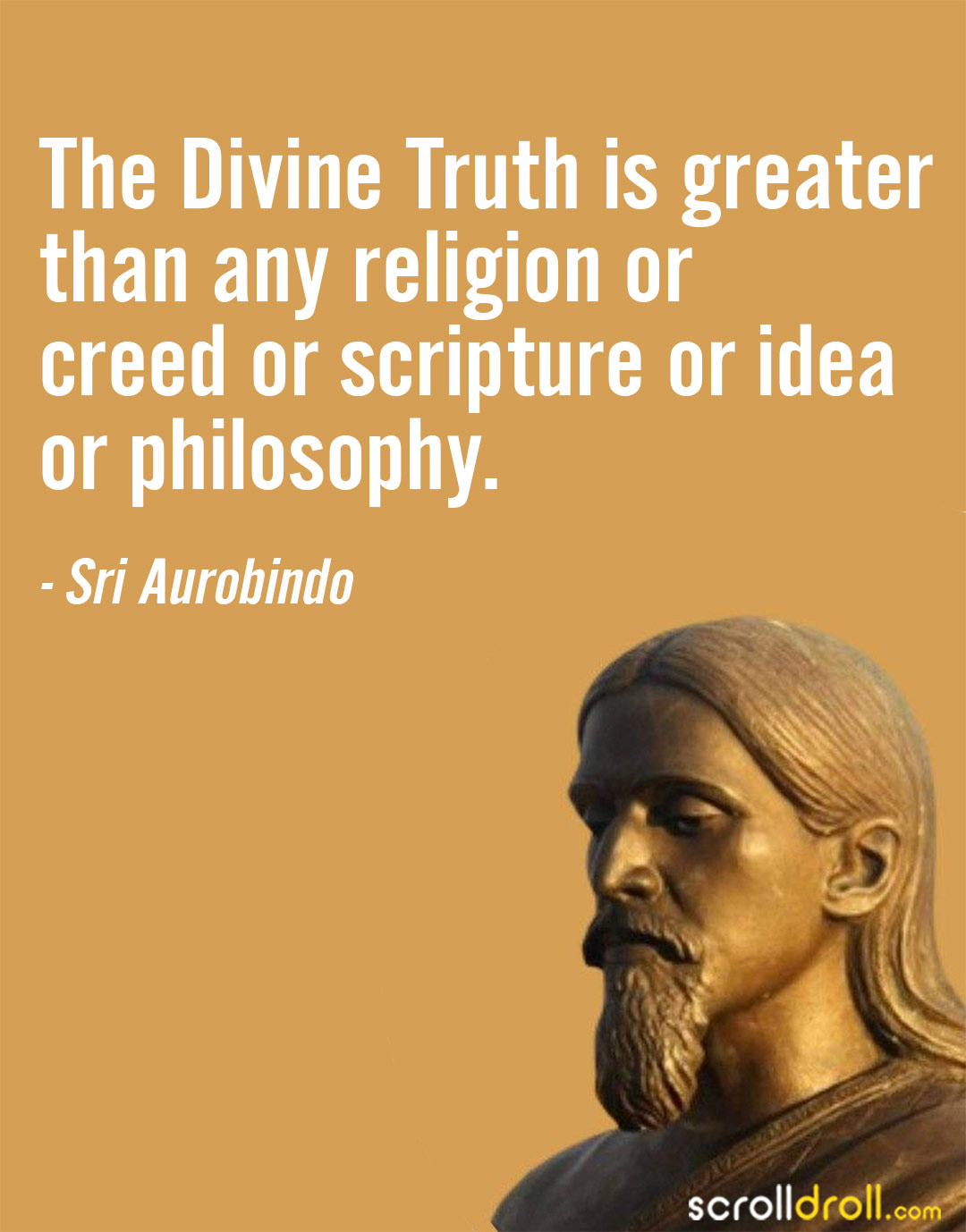 10. Each victory is strength to gain more victories. 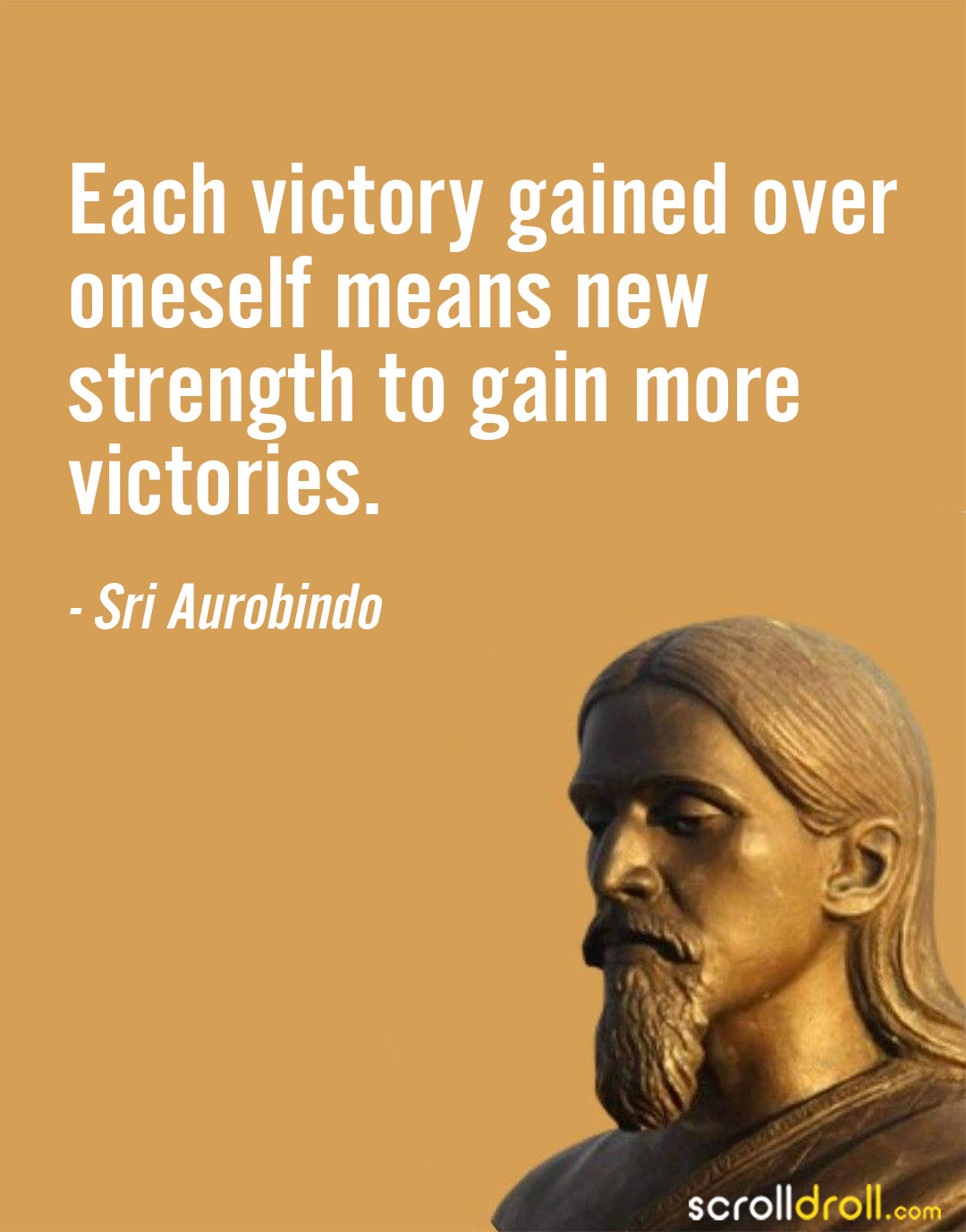 11. We belong to the noons of the future. 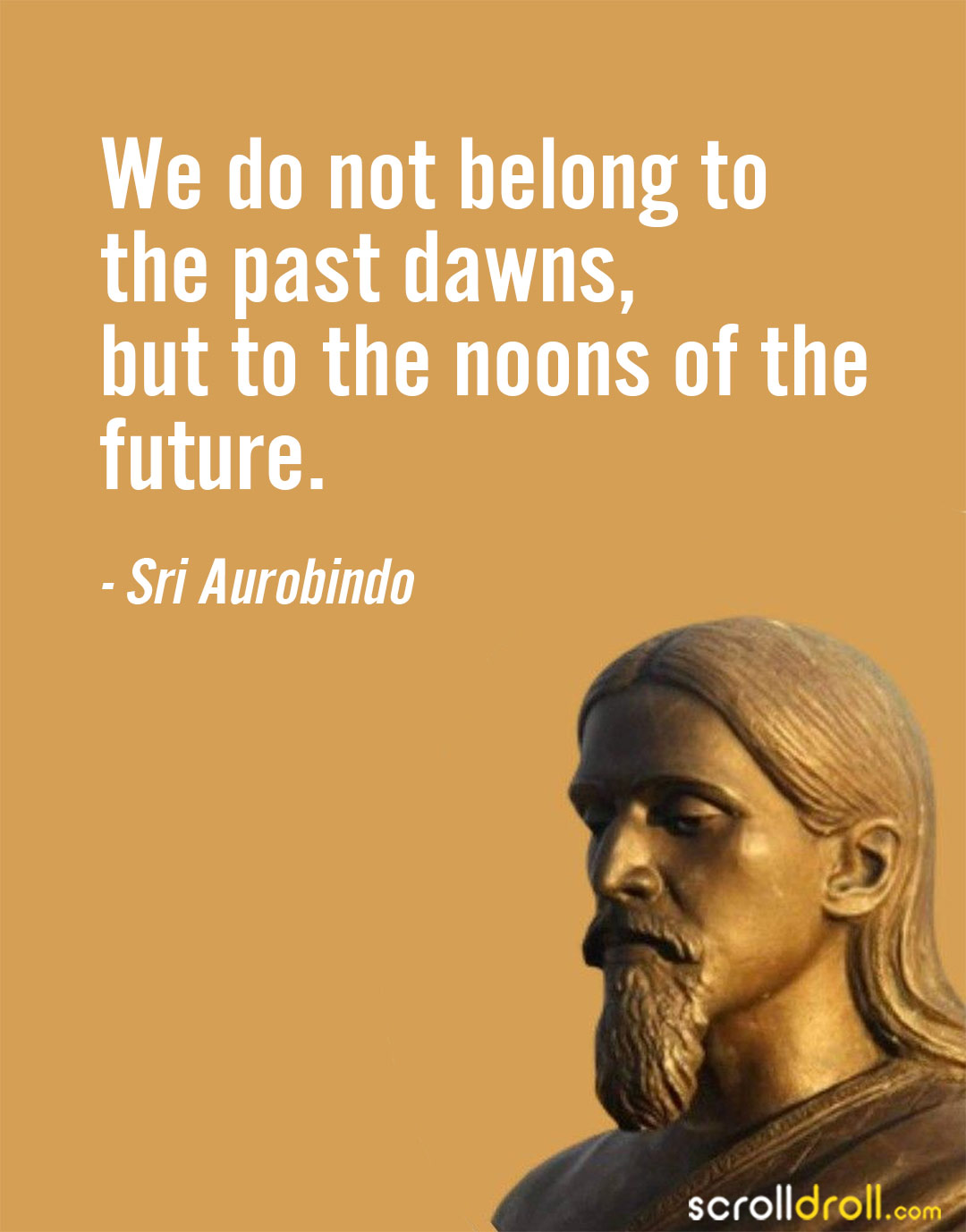 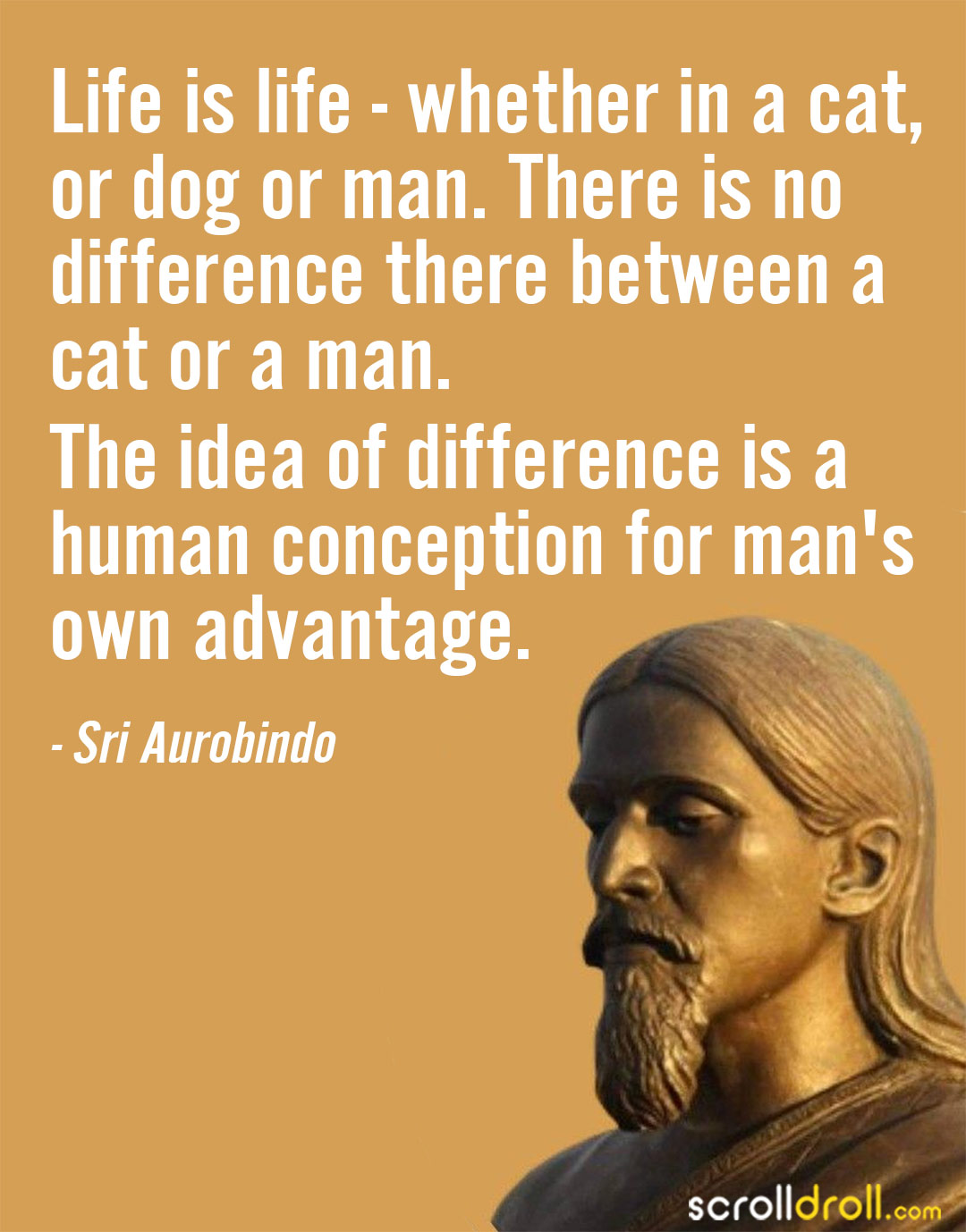 13. Our actual enemy is our own crying, weakness, cowardice, selfishness and hypocrisy 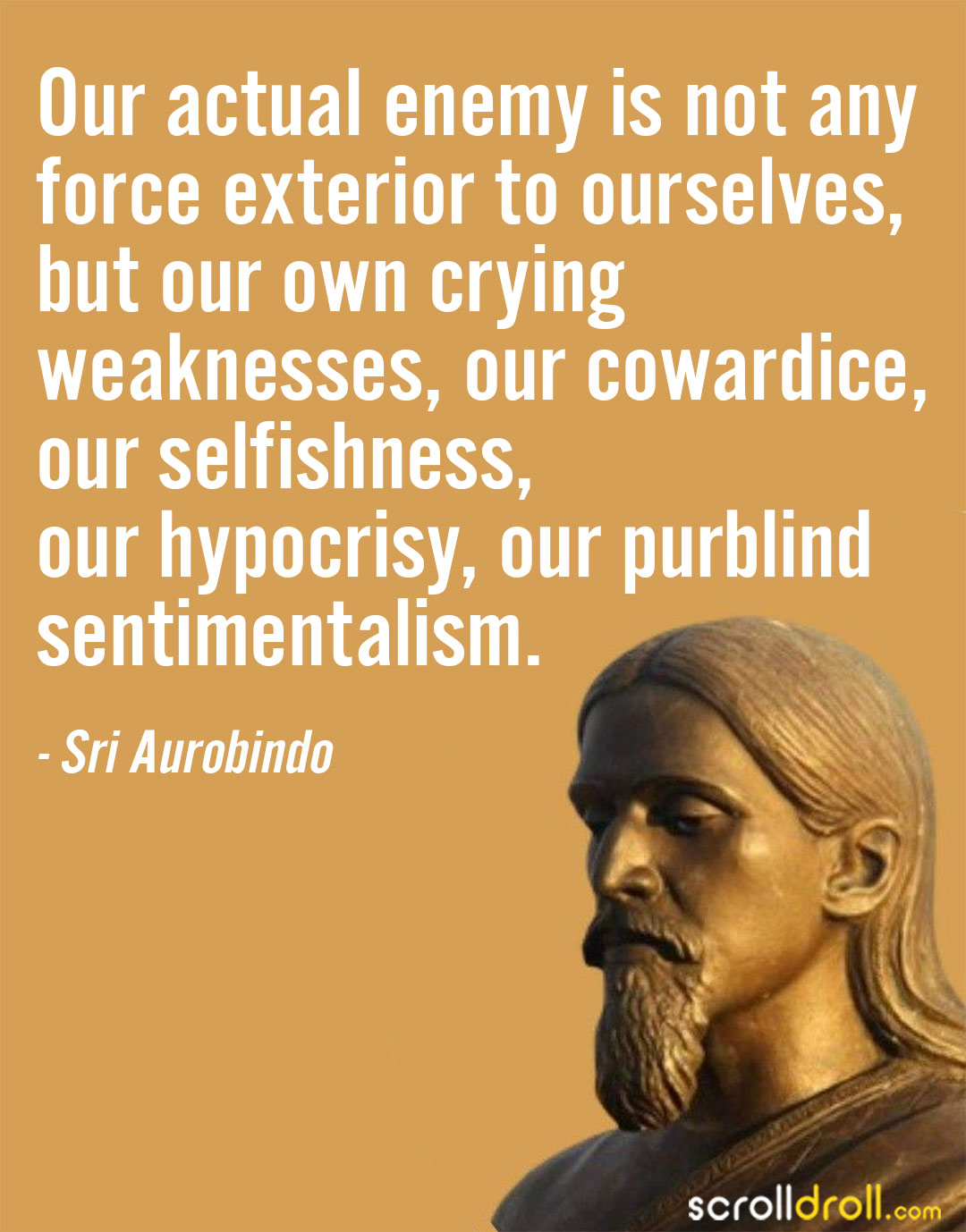 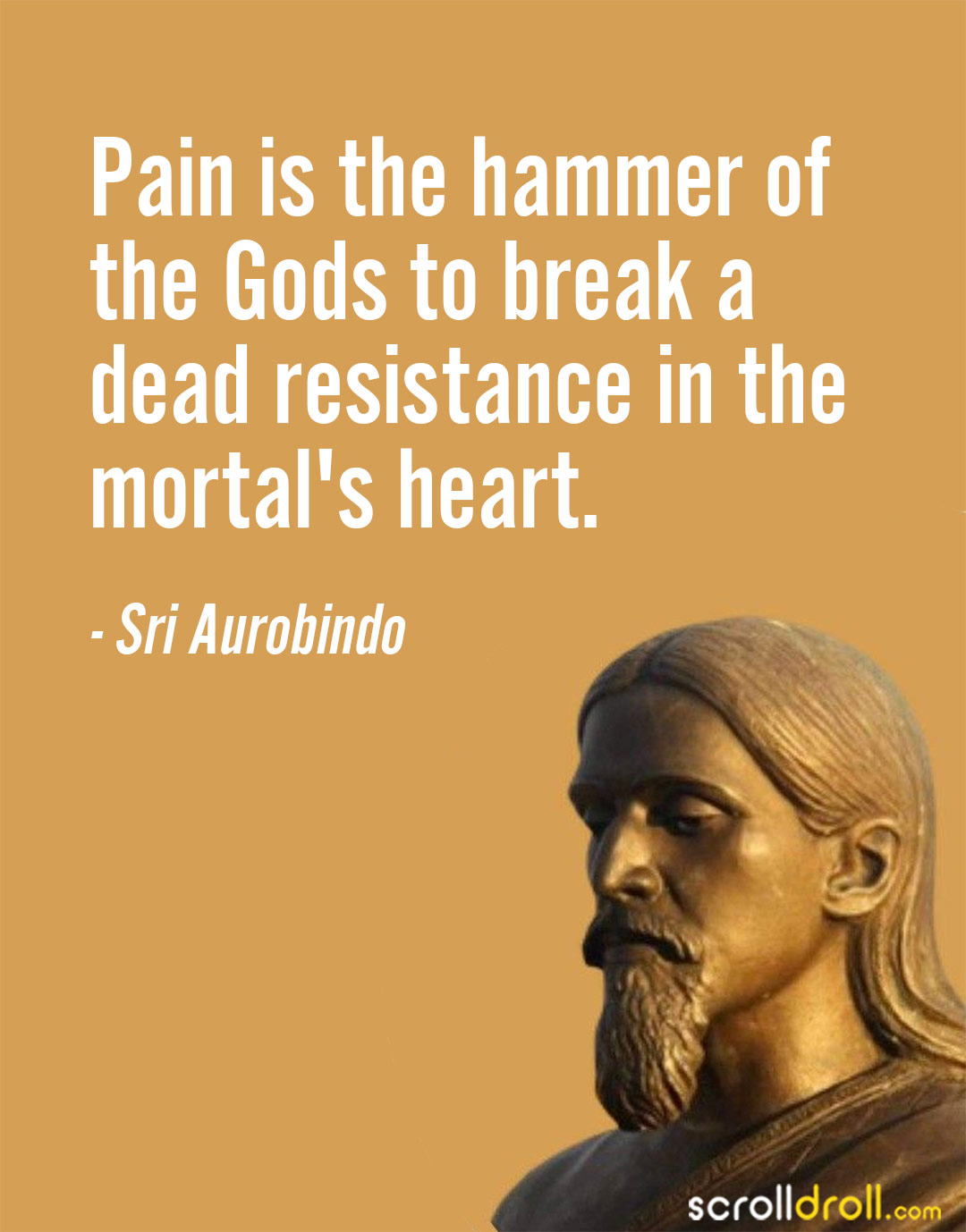 15. You cannot see the picture if you are a part of it. 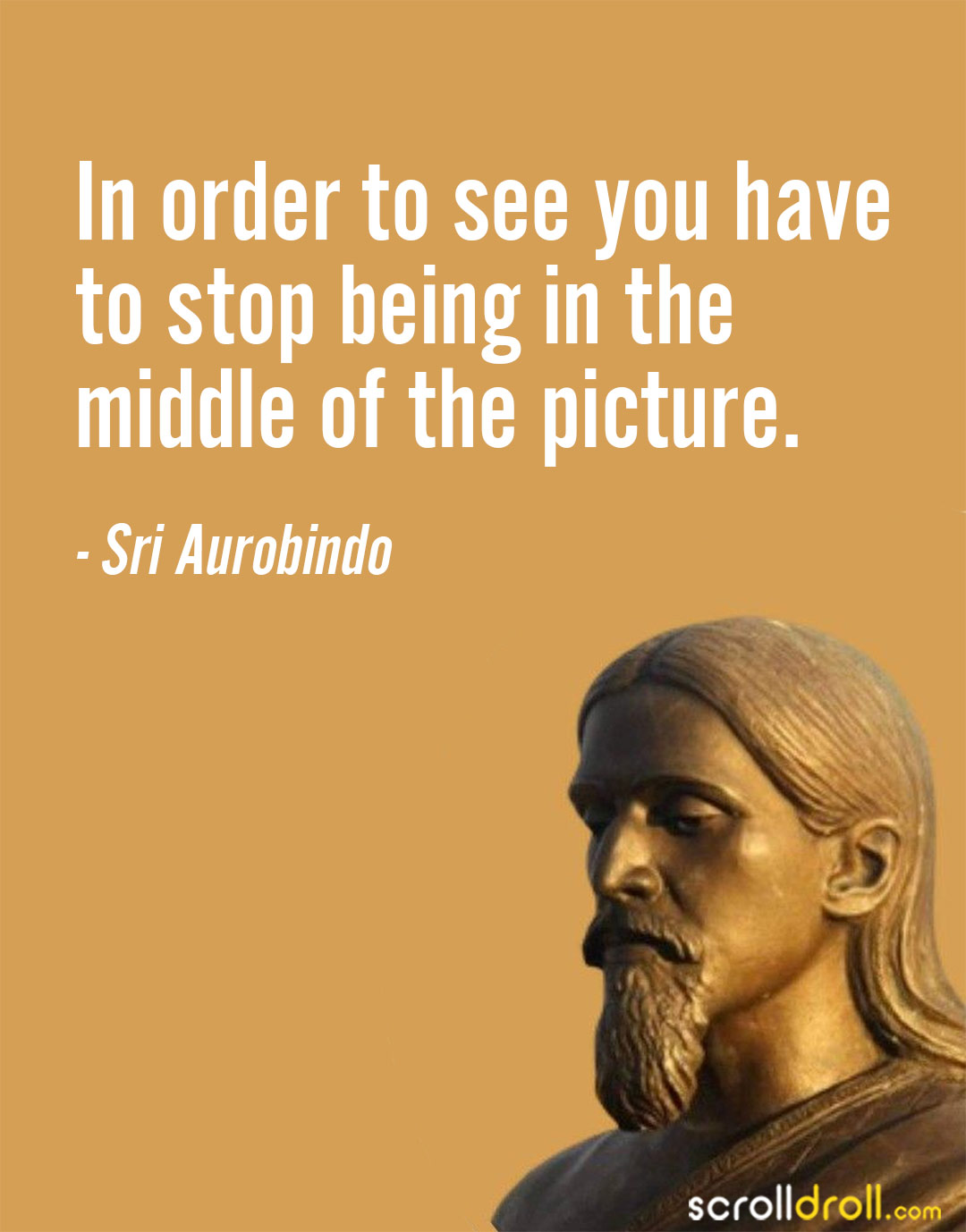 Also read: 25 Quotes From Hindu Scriptures To Start Your Day With

Which of these Sri Aurobindo quotes did you find the most enlightening? Do let us know in the comments below!