15 Best Tamil Web Series That Are a Must Watch

Tamil cinema has always had a significant influence on other Indian film industries, and Chennai has served as a secondary hub for Telugu, Malayalam, Kannada, and Hindi film production. In terms of films produced, income, and global distribution, Tamil cinema is India’s second-largest film business. Recent years have seen the distribution of Tamil movies from Chennai to foreign theatres in Singapore, Sri Lanka, South Africa, Malaysia, Japan, Oceania, the Middle East, Western Europe, and North America. Let us have a look at some of the best Tamil web series.

A population that worships Goddess Angalamman resides in the imaginary town of Sambaloor, which is located in the Nilgiris District of Tamil Nadu. This drama takes place throughout the course of the annual Mayana Kollai celebration, which lasts for ten days in the town. Parallel tales of kidnapping and arson later develop into a conspiracy and childhood trauma. 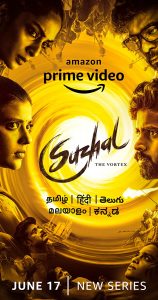 Shakthi Sheshadri’s life and development are shown in eleven episodes of the first season. This begins with her early years and the catalyst for her admission into the film industry, followed by how she learned what she knows about movies, Shakthi and GMR’s friendship, and lastly her foray into politics. ‘Queen’ is an adaptation of the novel by Anita Sivakumaran, based on the life of Jayaram Jayalalithaa, late Tamil Nadu Chief Minister, is one of the best Tamil web series. 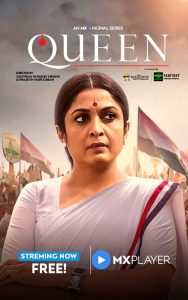 Set in Madras between 1985-95, the protagonist of the narrative is an auto driver. His life is turned upside down when he becomes involved in local prostitution and the transportation of alcohol. The protagonist of the series is a criminal “Auto Shankar.” He gradually immerses himself deeper in his illicit enterprise and establishes connections with numerous business people and officials. Police refer to him as a serial killer. The episode concludes with him facing the death penalty. 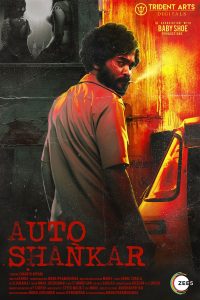 Three friends travel to Goa to solve a serious issue that could destroy their lives and businesses. Their voyage is made exciting by a loan shark, a politician looking for his daughter, an ex-wife, and a current girlfriend. ‘Triples’ is a comedy show released in 2020. It has received mixed reviews from critics. 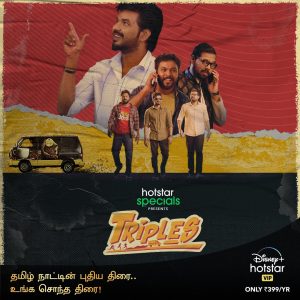 An unsettling reminder of the harmful potential of apps in the online environment. Initially, the series was anticipated to be similar to ‘Black Mirror’ which deals with futuristic technology. Unlike ‘Black Mirror’, ‘Fingertip’ deals with the issues related to the technology and apps trending in the present day. Every episode has a different story and central theme like- ‘Greed’, ‘Rage’, ‘Betrayal’, ‘Lust’ and ‘Vengeance’. Fingertip is one of the best Tamil web series and a good watch throwing light over technology abuse. 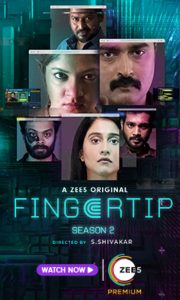 6. As I am Suffering from Kadhal

Written and directed by Balaji Mohan, ‘As I am Suffering from Kadhal’ is a 2017 rom-com. Set in Chennai, it tells the stories of three very different young couples, as well as a young divorced father and his 8-year-old daughter. It features their unconventional perspectives on the many facets of contemporary love. The series received mixed reviews and now has been renewed for another season. 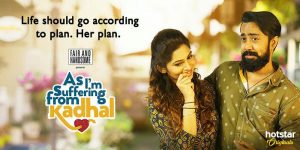 When translated to english, the title of the show is ‘Oh Moon, Run to Me’. It is a 2018 horror rom-com. What if the girl of your dreams is a vampire? Will you  sacrifice the love of your life, or will it be the other way around? We follow Om and Nila as they attempt to change each other into humans and vampires throughout the course of 13 episodes of love, passion, action, and a lot of vampires. 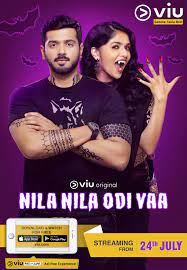 A list of ten questions is given to an actor who becomes successful after his debut film. Each query is at the heart of the intriguing occurrences that contributed to his accomplishment. Door No. 403 is where a group of friends live together where exciting things happen that will have you laughing out loud. 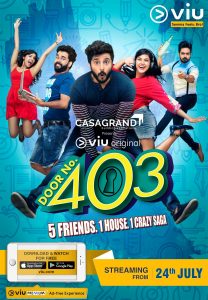 Siddharta is a talented and well-known anchor, but also endowed with a peculiar superpower. He has the ability to access a deceased person’s memories by simply touching their body. This included all of the deceased person’s wishes, experiences, desires, and secrets, as well as both positive and negative memories. Additionally, he uses his ability to assist the police in solving a number of cases where the secret clues were concealed in the memories of the deceased victims. 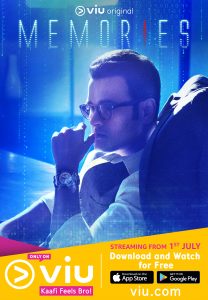 A renowned crime author with Alzheimer’s disease is discovered at a crime scene without any recollection of what occurred. His daughter must now intervene to save him. The show is a traditional murder mystery where the investigation into the incident reveals a number of previously unknown facts. 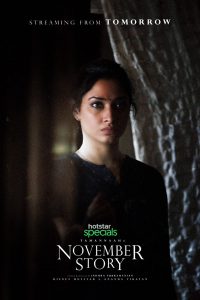 Vella Raja follows the lives of characters who get into mischief while staying at a lodge. The rest of the story revolves around Deva’s efforts to save himself from the police or the adversaries. Theresa’s determination to rid the city of drugs leads her to Deva. Deva’s path to becoming a drug lord is littered with murders and political maneuverings. Will Theresa be able to apprehend Deva and put an end to the drug war? 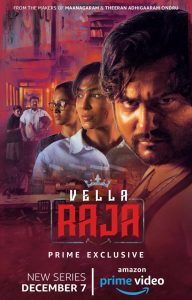 To avoid marriage, a straight guy with commitment issues pretends to be gay.Ganesh is a young man whose father constantly pressurizes him to marry. Ganesh’s gay friend suggests that he pretend to be gay in order to avoid marriage. Ganesh follows through on the plan, but there are unintended consequences. ‘American Mapillai’ is a light-hearted series. Also, the episode names are named after the colors referring it to the lgbt community. 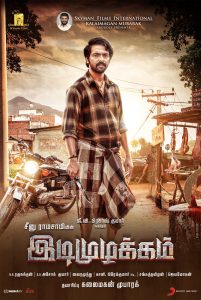 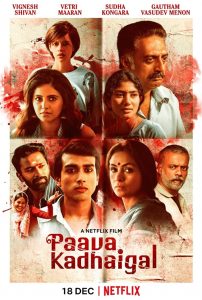 14. My Daughter Joined a Cult

The controversial life of self-styled Godwoman, Swami Nithyananda told through the eyes of those who were at the center of it all. ‘My Daughter Joined A Cult’ is a documentary series directed by Naman Saraiya. The show follows Swami Nithyananda’s meteoric rise and subsequent fall using news footage, much of it from Karnataka’s local media, talking heads of ex-devotees and journalists, and video bytes of the godman’s sermons. 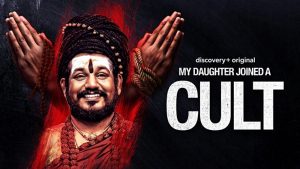 The 24-year-old Mahati is followed through a series of misfortunes that start after she is coerced into an arranged marriage in the television series. Then, following a violent fight, newlywed Mahati accidentally kills her husband while  acting in self-defense. She asks her lover to take care of the mess. This starts a series of incidents that reveal the genuine personalities of each person engaged in this marriage. Apart from the theme of love and lust, the series directed by Rohit Nandakumar also covers topics like- lust, LGBT, extramarital affair and abortion. 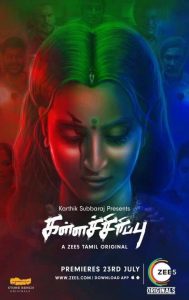 Are you also a Kollywood fan? Let us know some of the best Tamil web series according to you.

The Most Beautiful Cricket Stadiums To Visit In India