Korean dramas have always been diverse, but when it comes to thrillers, they are simply unmatched. They combine the best elements of thrill and mystery and incredible storyline and acting and churn out the most binge-worthy shows. Here we have curated the 10 best thriller Korean Dramas on Netflix you should stream right now if you are up for some major entertainment and have your brain tingled.

Also read: 15 Most Famous Romantic K-Dramas You Should Check Out

1. The Penthouse: War in Life

Lee Ji-ah, Kim So-Yeon, Eugene, Um Ki-Joon, Yoon Jong-Hoon, and Park Eun-Seok star in The Penthouse: War in Life, a South Korean television series and one of the best thriller k-dramas on Netflix undoubtedly. The series, directed by Joo Dong-min and written by Kim Soon-ok, tells the narrative of a real estate and education war in which the goal to be number one is paramount. It illustrates the camaraderie and vengeance of mothers who went to evil in order to defend their children and themselves. 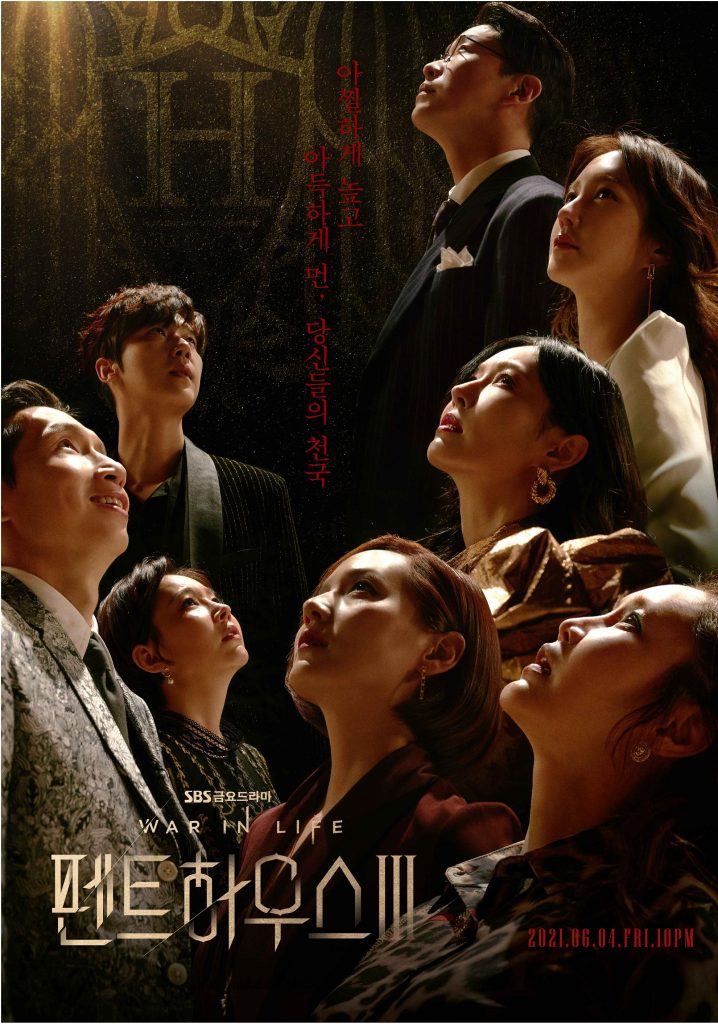 The South Korean television series Flower of Evil stars Lee Joon-gi, Moon Chae-won, Jang Hee-jin, and Seo Hyun-woo. Baek Hee-sung (Lee Joon-gi) is a guy who keeps his past and identity hidden from his detective wife Cha Ji-won (Moon Chae-won). They look to be the ideal family on the surface: a loving marriage with a lovely girl who adores her parents. Cha Ji-won and her colleagues are investigating a string of unsolved deaths when she realises that her seemingly ideal husband may be concealing something from her. 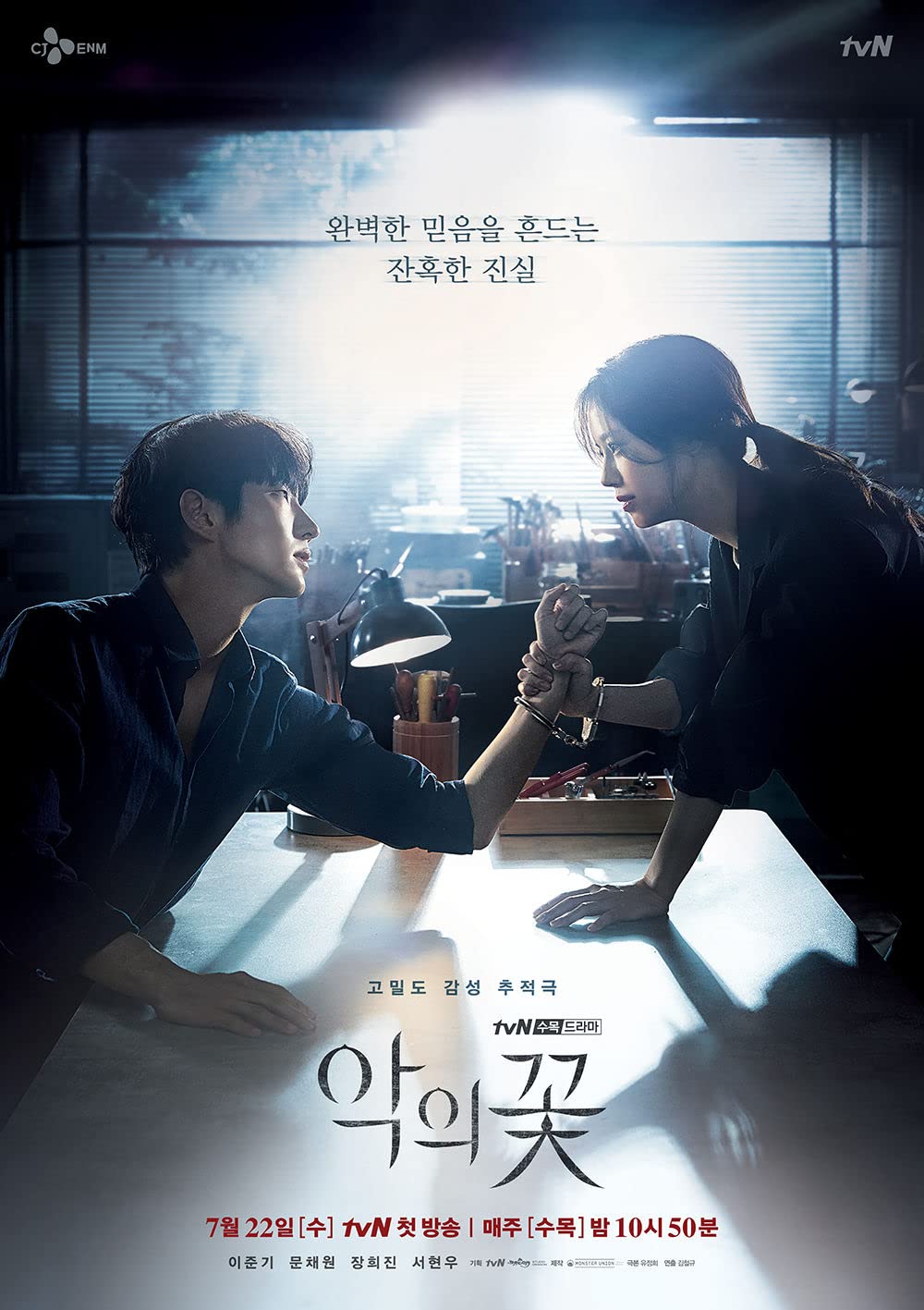 A list compiling the best thriller k-dramas on Netflix would be incomplete without this show. Squid Game is a Netflix original South Korean survival drama series developed by Hwang Dong-Hyuk. Lee Jung-Jae, Park Hae-soo, Wi Ha-Joon, HoYeon Jung, O Yeong-Su, Heo Sung-Tae, Anupam Tripathi, and Kim Joo-Ryoung are among the cast members. The show centres on a competition in which 456 contestants, all of whom are deeply in debt, risk their lives by playing a series of lethal children’s games in the hopes of winning a reward worth $45.6 billion (US$38 million, €33 million, or GB£29 million as of a broadcast). The series’ title is based on a Korean children’s game of the same name. Hwang had devised the idea based on his own early economic problems, as well as South Korea’s class gap and capitalism. 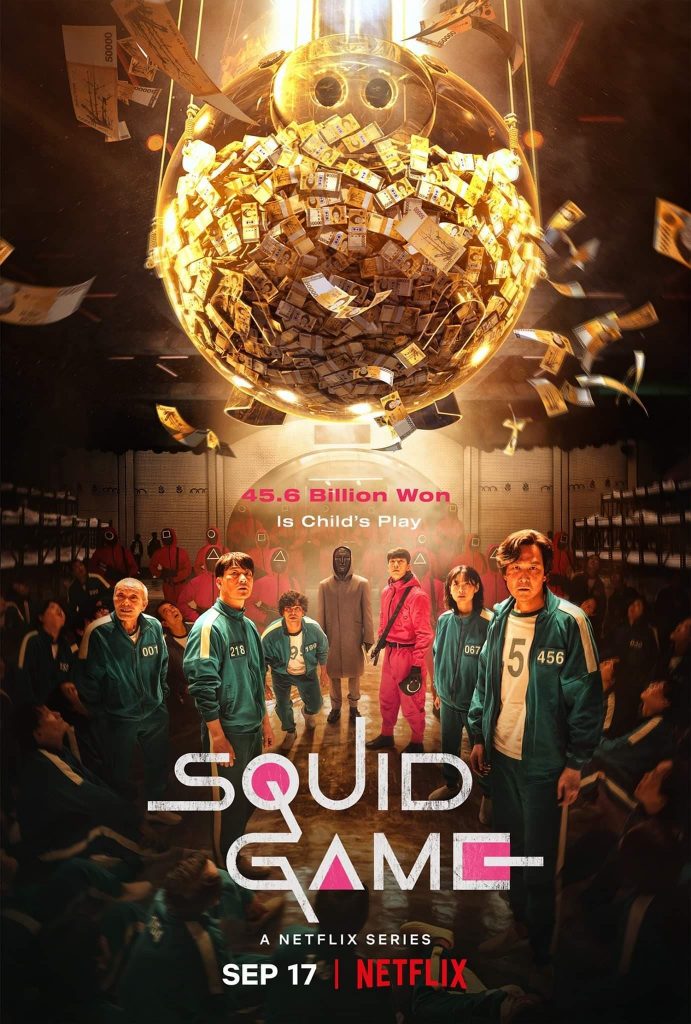 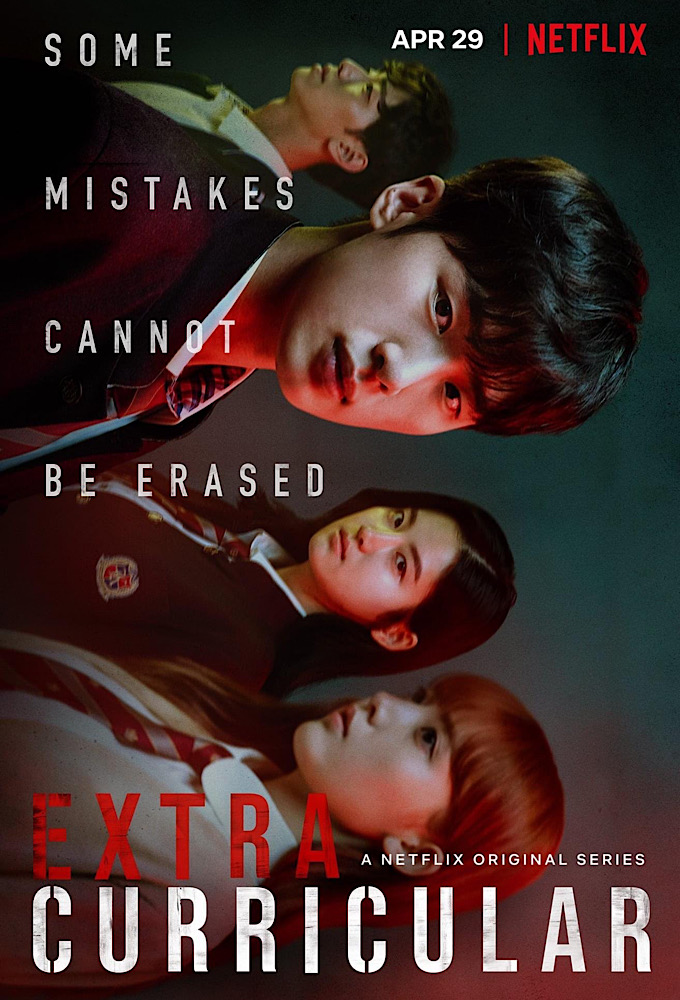 Cho Seung-woo and Park Shin-Hye feature in Sisyphus: The Myth, popularly known as Sisyphus, a 2021 South Korean television series. An inexplicable incident exposes an engineer (Cho Seung-woo) to hazardous secrets as well as a woman from the future (Park Shin-Hye) who has come to find him. It is definitely one of the front-runners when it comes to the best thriller k-dramas on Netflix, considering the impeccable storyline and the awesome performances delivered by the actors. 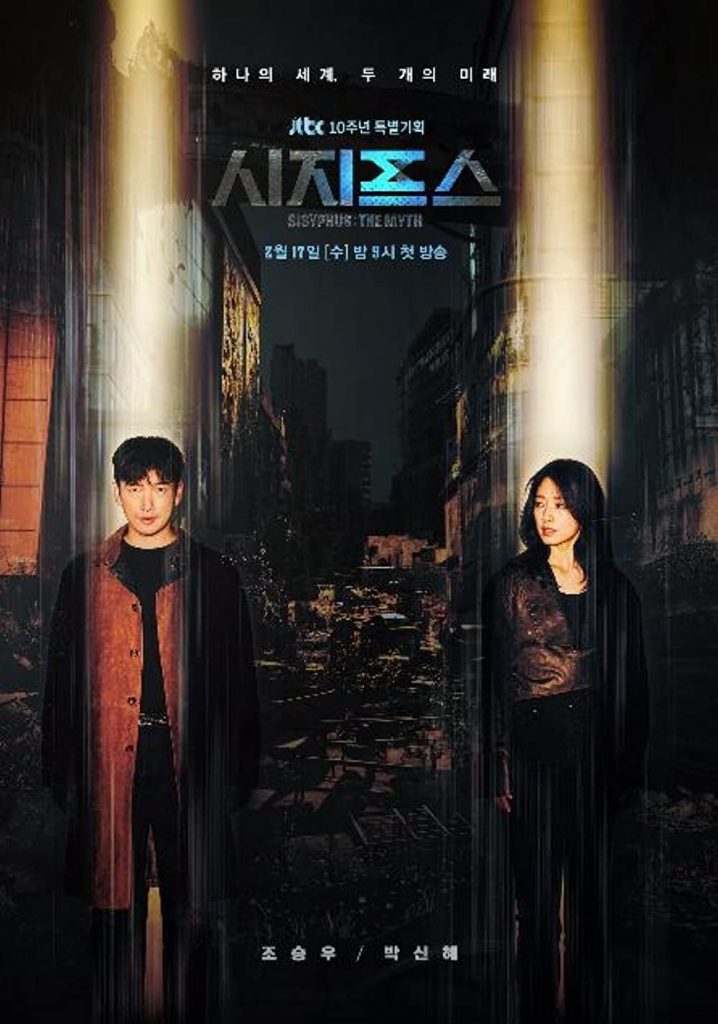 6. Memories of the Alhambra

Hyun Bin, Park Shin-Hye, and Chanyeol feature in the 2018 South Korean television series Memories of the Alhambra. The story follows a company CEO and a hostel owner who becomes engaged in a series of bizarre happenings around a new and intricate augmented reality game inspired by the stories of the Alhambra Palace. It is set primarily in Spain (but also in South Korea in later episodes). The drama was hailed for its inventive plot and unexpected twists, and it is one of the highest-rated Korean dramas in cable television history. Its title also refers to Francisco Tárrega’s Recuerdos de la Alhambra, a classical guitar tune that is featured on the series’ soundtrack. 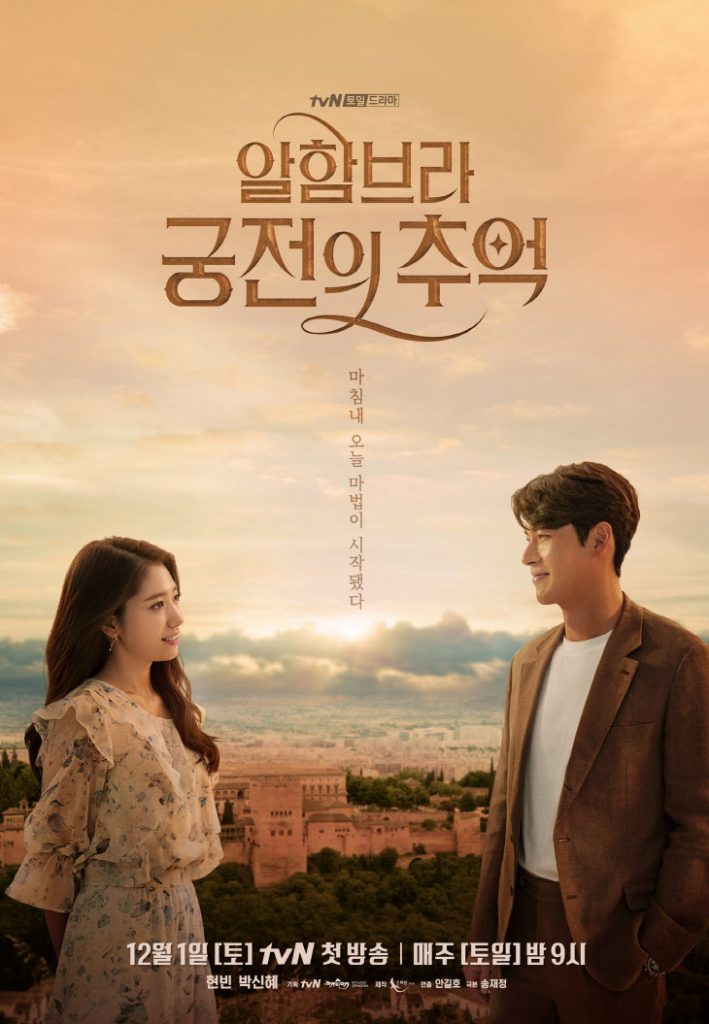 Jo Byung-Gyu, Yoo Jun-sang, Kim Se-Jeong, and Yeom Hye-ran star in the South Korean television series The Uncanny Counter. It revolves around the titular character So Mun, a high school student with a disability who is enlisted to join the Counters, a group of paranormal hunters who search for and fight evil spirits who have escaped from the afterlife to prey on humans. It is based on the Daum webtoon Amazing Rumor by Jang Yi. 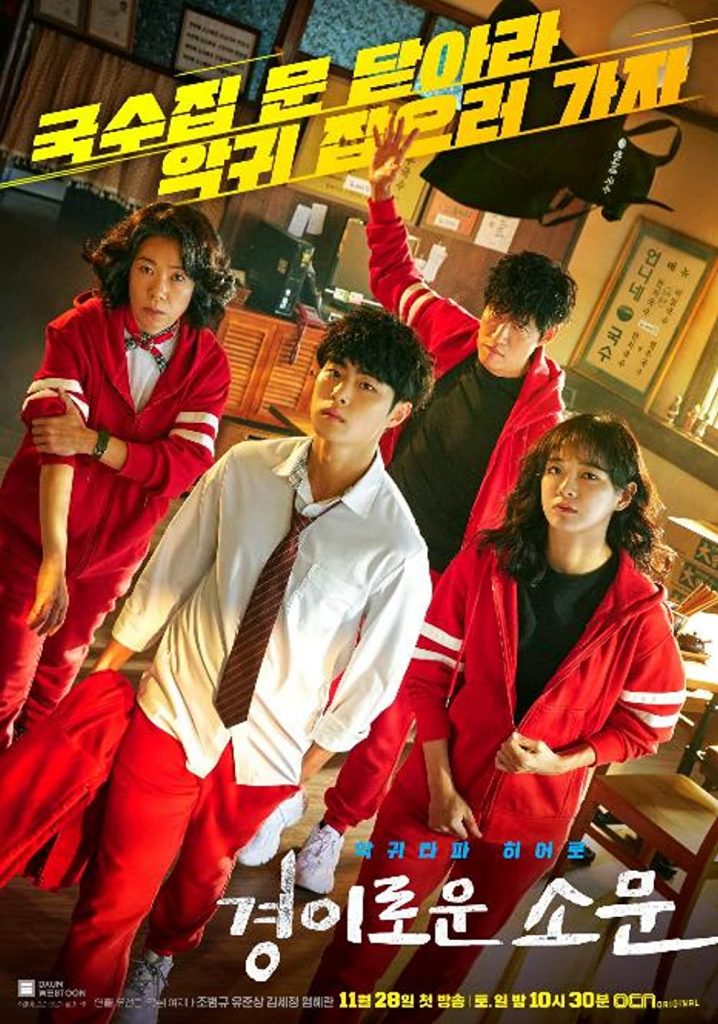 Lee Joon-gi, Seo Yea-ji, Lee Hye-young, and Choi Min-soo feature in the 2018 South Korean television series Lawless Lawyer, one of the best thriller k-dramas on Netflix. The series is set in Kisung, a fictional city described as chaotic and corrupt. The Lawless Law Firm is formed by Bong Sang-pil and Ha Jae-yi, and the series follows them. Sang-pil, a former mobster turned lawyer, seeks vengeance for his mother and opposes those in positions of ultimate authority. To attain his objectives, he frequently resorts to using his hands and using legal loopholes. After Sang-pil is suspended for assaulting a judge, Ha Jae-yi is a trustworthy lawyer who works with her. Together, they battle for justice against corrupt judge Cha Moon-sook and her cronies by using the law. 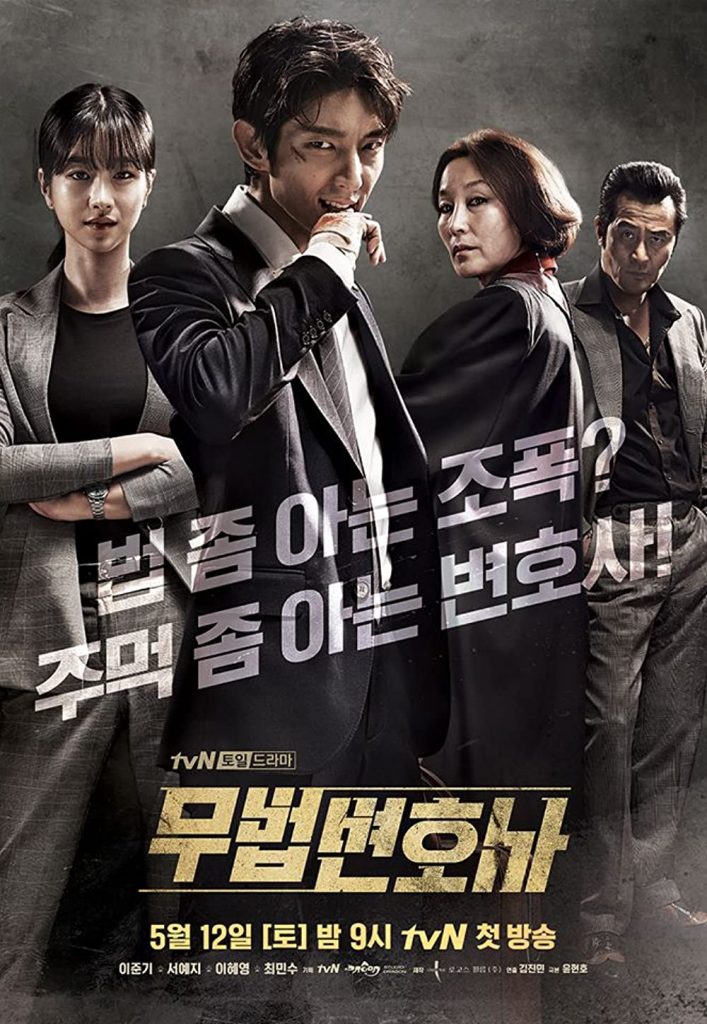 Lee Seung-gi, Bae Suzy, and Shin Sung-rok feature in the 2019 South Korean television series Vagabond. Following their debut on television, each episode was published on Netflix in South Korea and globally. It’s about a stuntman who gets caught up in a fatal plane disaster and ends up uncovering a nationwide corruption scam. 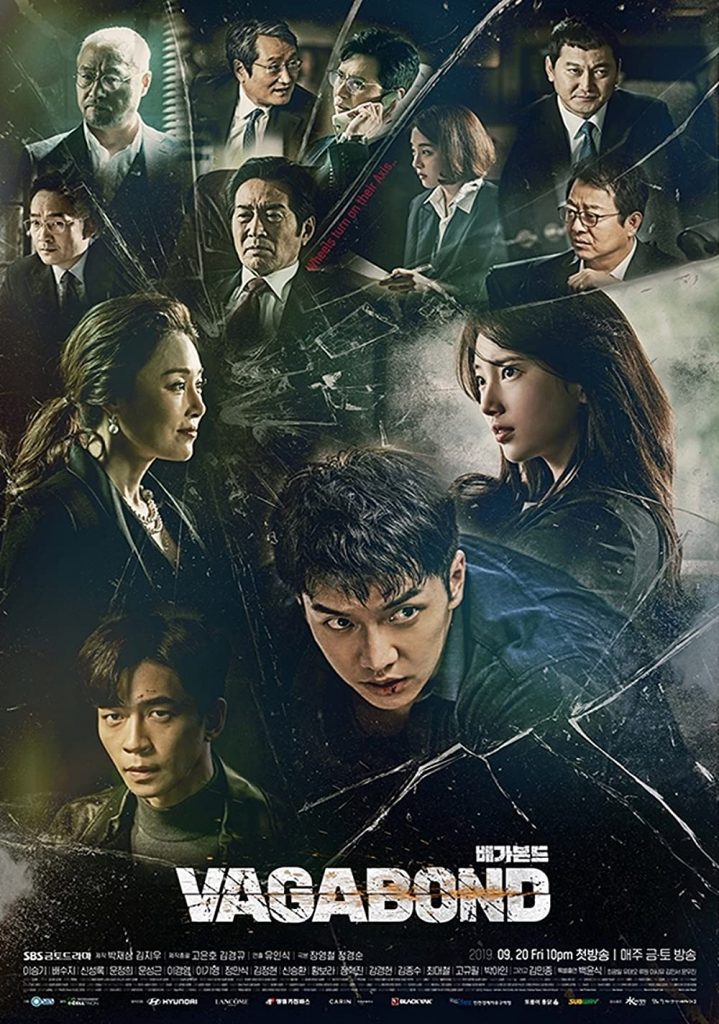 It would be remiss to not mention the show that is easily the best thriller k-drama on Netflix — Happiness. Happiness is a South Korean television series produced by Studio Dragon and starring Han Hyo-joo, Park Hyung-sik, and Jo Woo-jin. It’s a post-apocalyptic thriller set in a world where contagious diseases have become the norm. It started on tvN on November 5, 2021, and ran for 12 episodes on Fridays and Saturdays at 22:40 (KST). 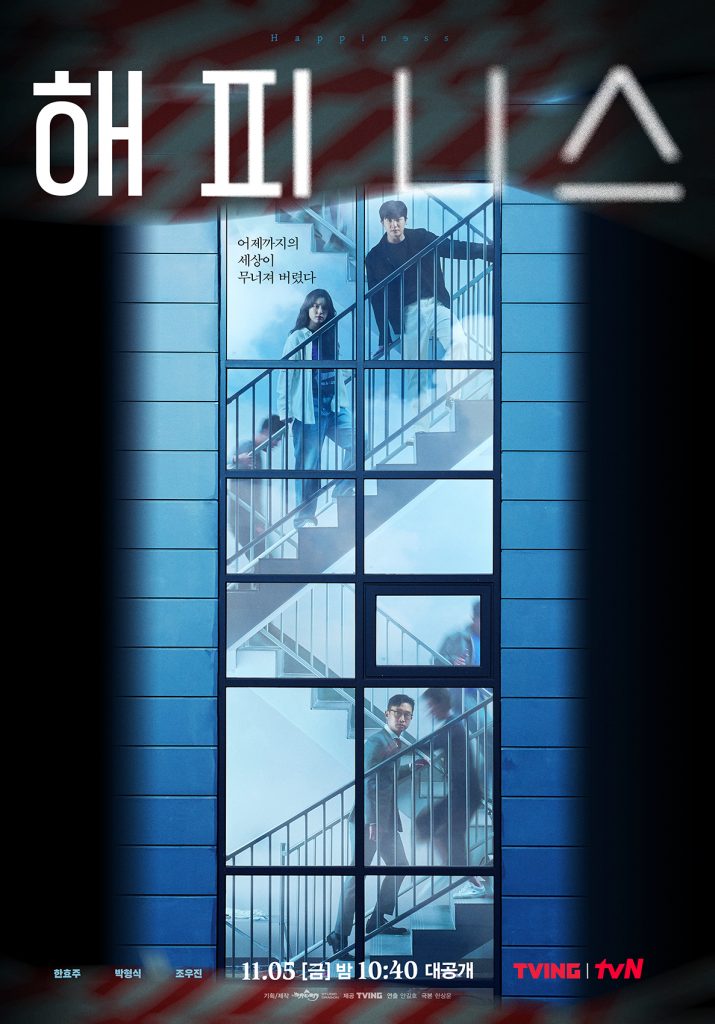 The world of thriller k-dramas is vast and expansive and filled with the most exciting content. These are some of the very best, curated by us, for you. We hope this list of 10 of the best thriller Korean dramas on Netflix introduces you to some new favorites and manage to keep you hooked.

7 Most Powerful Dialogues from K.G.F Chapter 2

Reasons You Should Not Miss Royaljeet In This IPL Season