While we all love North Indian and South Indian and food, we sometimes forget that there’s a rich culture of beautiful dishes in the western state of Gujarat (and Maharashtra, which shares many features with the Gujarati cuisine) as well. Not only are Gujarati dishes mouthwateringly flavourful, they’re also healthy to a fault – with many dishes being the perfect snack for someone trying to live a slightly fitter life. With that, we bring you 10 traditional dishes of Gujarat that you must give a try!

Also known as Patuli, Dahivadi or Suralichi Vadi, Khandvi is a Savory snack in Gujarati and Maharashtrian cuisines. Made of gram flour (Besan) and yoghurt, it consists of rolled up bite-size pieces steamed to perfection. It is a sweet and simple dish that can be whipped up in a couple of minutes, and it also happens to be very healthy – making it a perfect after gym snack! 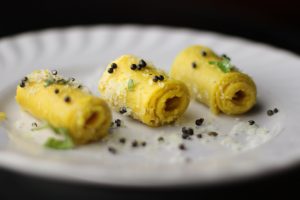 Although the ingredients of an average dhokla are pretty similar to that of the Khaman, dhokla’s batter is made of rice and split lentils like chickpea, pigeon pea and urad. Khaman, on the other hand, is made from gram flour (besan) and has become extremely popular outside of Gujarat, and is widely mistaken for Dhokla. 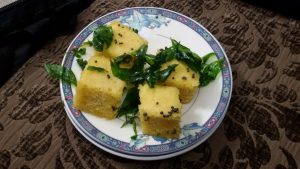 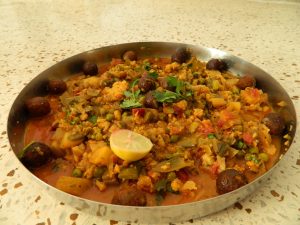 A simple recipe made with hung curd, mango pulp and sugar, Aam Shrikhand is a fairly easy recipe anyone can try because it requires zero cooking! One only needs to mix in all the ingredients in the recipe. 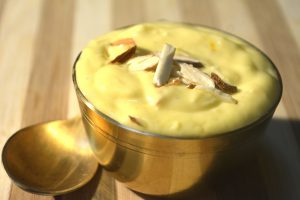 While Khichdi is more or less a staple across most Indian cuisines, Bardoli ki khichdi derives its name from the Gujarati region of Bardoli. Made with rice, toor dal, raw mango and vegetables, Bardoli ki Khichdi, like most Gujarati dishes, is a healthy treat. 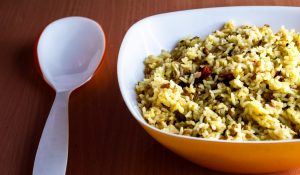 Like rotis, Theplas are savoury flatbreads that can be enjoyed as a snack. Not only do they taste delicious, they’re also fairly healthy (depending on how you make them). Made with wheat flour, besan, and some common Indian spices like turmeric and red chilli powder along with methi leaves, Methi Theplas are roasted on a tawa, much like parathas. 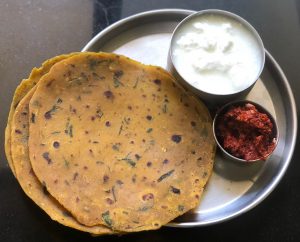 Made by boiling wheat flour pieces in a pigeon pea (arhar dal) stew, Dal Dhokli is a unique traditional Gujarati one pot meal as it contains dal as well as flatbread. 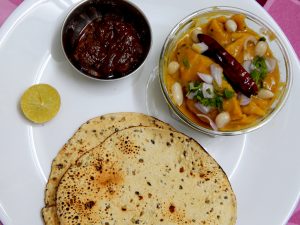 Handvo is a savory cake made with lentils and vegetables and is a part of the traditional Gujarati cuisine. It can be made with a variety of lentils, rice, as well as vegetable, making it a fairly flexible recipe that can accommodate whatever ingredients you do have at home. 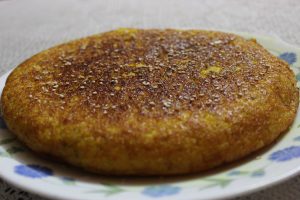 Another popular kind of farsan is gathiya, which is a deep fried snack made from Besan. To make it more flavourful, spices like cumin and carom seeds along with turmeric and red chilli powder. The batter is then deep fried, usually in an elongated shape. 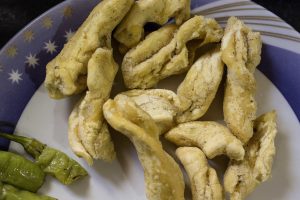 Samosa is easily one of the most popular Indian snacks – not just in India, but even outside of the Indian subcontinent. While various versions of Samosas exist and are loved, the Gujarati too have their own versions, with some using green peas as stuffing, and others using lentils and spices. 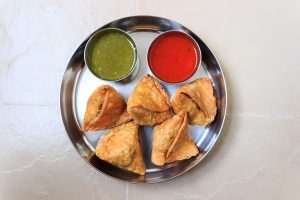 Did you like our list of the best traditional dishes of Gujarat? We hope you try some of them out soon and share your experience with us!

12 Best Dialogues From Cast Away That’ll Thoroughly Inspire You