It goes without saying that the young adult genre is easily one of the most popular out there. Packed with action and often fantastic storylines, it’s hard to keep a young adult novel down. Which is why they are perfect for people just starting to read, as they are so much easier to focus on. We bring you 15 best young adult novels that you must read if you’re just starting out as a reader!

Also read: 10 Books You Should Read If You’re Not A Reader

The Harry Potter series by J.K. Rowling hardly needs an introduction, and is easily one of the most popular book series of the 21st century. While most people have definitely watched a Harry Potter movie or two, the books still remain far superior, as any reader would tell you. The series follows the story of an orphan named Harry who, on his 11th birthday, discovers that he is a wizard, and embarks upon a wonderful journey at the Hogwarts School of Wizardry. With its imaginative storylines and captivating narration, the Harry Potter books are some of the best young adult novels out there. 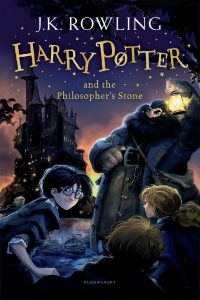 If you enjoy murder mysteries and detective fiction, Nancy Drew might just be the perfect start for you. In fact, because of how fluidly they are written, these could easily be your introduction to the world of literature, and can be read by children as well. Fun fact: Carolyn Keene doesn’t exist. Nancy Drew books are written by ghostwriters under the pseudonym of Carolyn Keene. Nancy Drew herself, of course, is a young, amateur detective who with the help of her friends tries to solve the many mysteries she finds at her quaint (fictional) town. 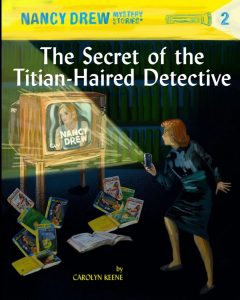 3. To Kill a Mockingbird by Harper Lee

For anyone who wants to do anything with literature, To Kill a Mockingbird is a must read. Not only does the book serve as a scathing comment against racial inequality and sexual violence, it also happens to have its heart at the right place. The reader connects to the novel at an emotional and not just cerebral level. The novel follows the story of Jean and Jem Finch, who are brought up by their father, Atticus Finch, an attorney. When a black man named Tom is falsely accused of raping a woman named Mayella Ewell, Atticus agrees to defend him in the court. Because of how historically significant To Kill a Mockingbird is, it is one of the best young adult novels to read. 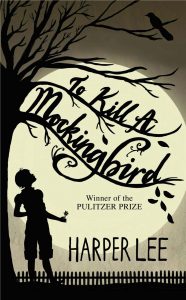 Another extremely popular series, the Percy Jackson novels follow the story of a boy named Percy, who discovers that he’s a Demigod – and that Poseidon, the Greek God of sea, is his father. The first book, The Lightning Thief, follows Percy as he first discovers his true identity and finds himself at Camp Half-Blood, a training camp for demigods. He eventually finds out that Zeus thinks that Percy has stolen his master bolt – the most powerful weapon in the universe – and that Percy must find it out, otherwise a war will break out between the gods and humanity. 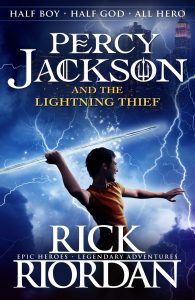 5. Little Women by Louisa May Alcott

Loosely based on the author’s own life, Little Women is a coming of age novel that follows the lives of four sisters from the March household – Meg, Jo, Amy, and Beth, all with wildly different personalities, as they begin their passage from childhood to womanhood. 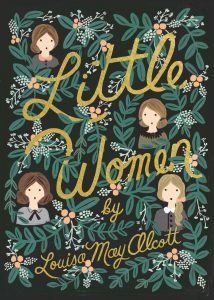 Thanks to Disney, we’re all too well familiar with Cinderella’s story – a poor, unfortunate, but beautiful woman meets a handsome prince, they fall in love, and live happily ever after. But what if Cinderella was a cyborg? Cinder is loosely based on Cinderella’s story. The author makes this playful question as her book follows the story of a cyborg named Cinder who unwittingly becomes one half of a forbidden intergalactic romance with a prince named Kai. Five Feet Apart follows the story of two teens named Stella and Will who fall in love with each other. There’s one problem, though. They both suffer from cystic fibrosis and are not allowed to stay closer than six feet from each other. As Stella waits for a new pair of lungs, Will is kicked off of the transplant list after catching an infection. Stella must do everything in her power to get herself those new lungs, which involves having to stay away from Will. 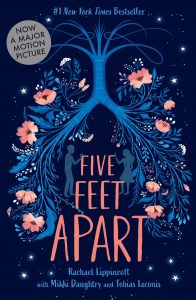 Like the Harry Potter series, the Hunger Games trilogy too is extremely popular. However, the two share nothing in common when it comes to setting and plot. The Hunger Games is set in a dystopian future where young tributes between the ages of 12 and 18 from various districts are selected to fight to death in the Hunger Games until only one of them remains. The tournament is televised for the purpose of entertainment. 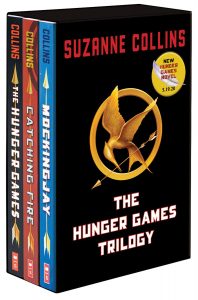 9. Bridge to Terabithia by Katherine Paterson

Bridge to Terabithia follows the story of a poor, depressed but artistic fifth grader named Jesse who becomes friends with his new neighbour, Leslie, who comes from a wealthy family. Jesse thinks highly of Leslie, and his friendship with her brings him out of his shell. One day, the two discover an abandoned space on the other side of a creek near their homes which they imagine to be a sanctuary, and name it Terabithia. 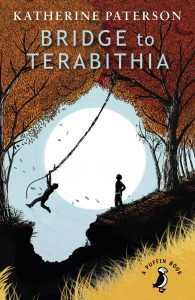 One of the most famous pieces of literature of the 20th century, The Catcher in the Rye follows the story of a depressed teenager named Holden Caulfield. Set in a post second world war America, the novel explores various young adult issues such as teenage angst, alienation, sexual curiosity, and the superficiality of society. The Catcher in the Rye has been frequently considered to be one of the greatest books ever written, making it one of the best young adult novels you could read. 11. All The Bright Places by Jennifer Niven

All The Bright Places follows the story of Theodore Finch and Violet Markey. While Finch is fascinated by the idea of death and constantly fantasizes about killing himself, Violet is still reeling from her sister’s untimely death. After the two meet, they discover that they make up for each other’s flaws. However, as Finch becomes more and more focused on his relationship with Violet, her world keeps getting bigger. 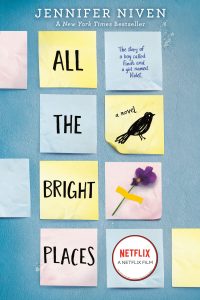 12. The Book Thief by Markus Zusak

Set in Nazi Germany, The Book Thief follows the story of a young girl named Liesel who watches her brother die in a train on the way to her new foster parents. As she grows up in a Germany that gets worse each day, Liesel forms a friendship with a boy named Rudy. On the other hand, Liesel’s foster parents harbour a Jewish man in their home, who teaches Liesel how to read. The most interesting part about the book, however, is that it is narrated by Death – who appears as a distant but caring character. 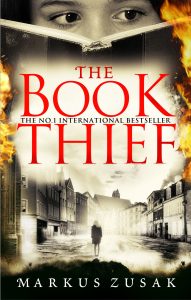 His Dark Materials is a trilogy of fantasy novels by Philip Pullman that follows the story of Lyra and Will Parry who travel through a number of parallel universes. The first novel, Northern Lights, focuses on Lyra, as she journeys towards the North in search for her uncle who has been trying to build a bridge to another world. 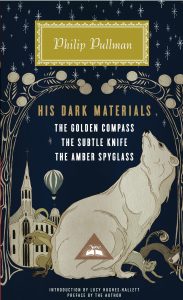 The Mortal Instruments introduces the readers to a world that has every magical creature imaginable – werewolves, vampires, fairies, wizards… and Shadowhunters – a race of half human, half angel vigilantes who keep these magical creatures from attacking or mingling with humans. The first novel in the series, City of Bones, follows an average young girl named Clary as she suddenly finds herself surrounded by Shadowhunters and discovers that she is one of them. Clare has also written several other series around the same Shadowhunter world, with The Infernal Devices trilogy being absolutely unmissable. Together, the shadowhunter novels make up some of the best young adult novels one could read. 15. I Am Not Your Perfect Mexican Daughter by Erika L. Sanchez

Julia is a young Mexican girl who struggles with her family’s expectations from her. As a Latina in the US, she finds it hard to strike a balance between her identity as a Mexican as their values are wildly different from the one she’s exposed to in America. Her elder sister, on the other hand, seems to be just about perfect. However, she suddenly dies in a tragic accident, and Julia is forced to carry the pressure from her parents. Eventually, Julia discovers that her sister might not have been as perfect – and with the help of her best friend and her boyfriend, she decides to retrace her sister’s life. 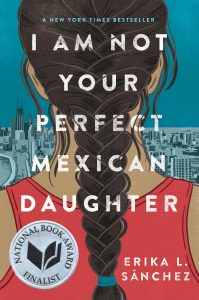 Did you like our list of the best young adult novels? Which one was your favourite? Tell us in the comments below.