To say that advertisements in India have evolved is a huge understatement. India has had many iconic advertisements over the years: think of the handdrawn Amul ads that adorn billboards across the country, or the Bajaj Chetak ad that crooned “Humara Bajaj” with a tune of familiarity, or Action’s “Action ka school time” that ran on TVs all our childhoods. But with the evolution of tech and the devices we use to consume our content, ads again internalize all that our generation stands for. Be it pop culture references, memes circulating on the internet, or some song going viral on Instagram. Because of its largely internet-based existence, Zomato’s ads are also heavily inspired from what’s happening on the internet, and what people on the internet like. These are 18 of the best Zomato ads that are absolutely brilliant for their creativity.

Also read: 31 Most Hilarious Auto And Truck Shayaris We Have Come Across So Far 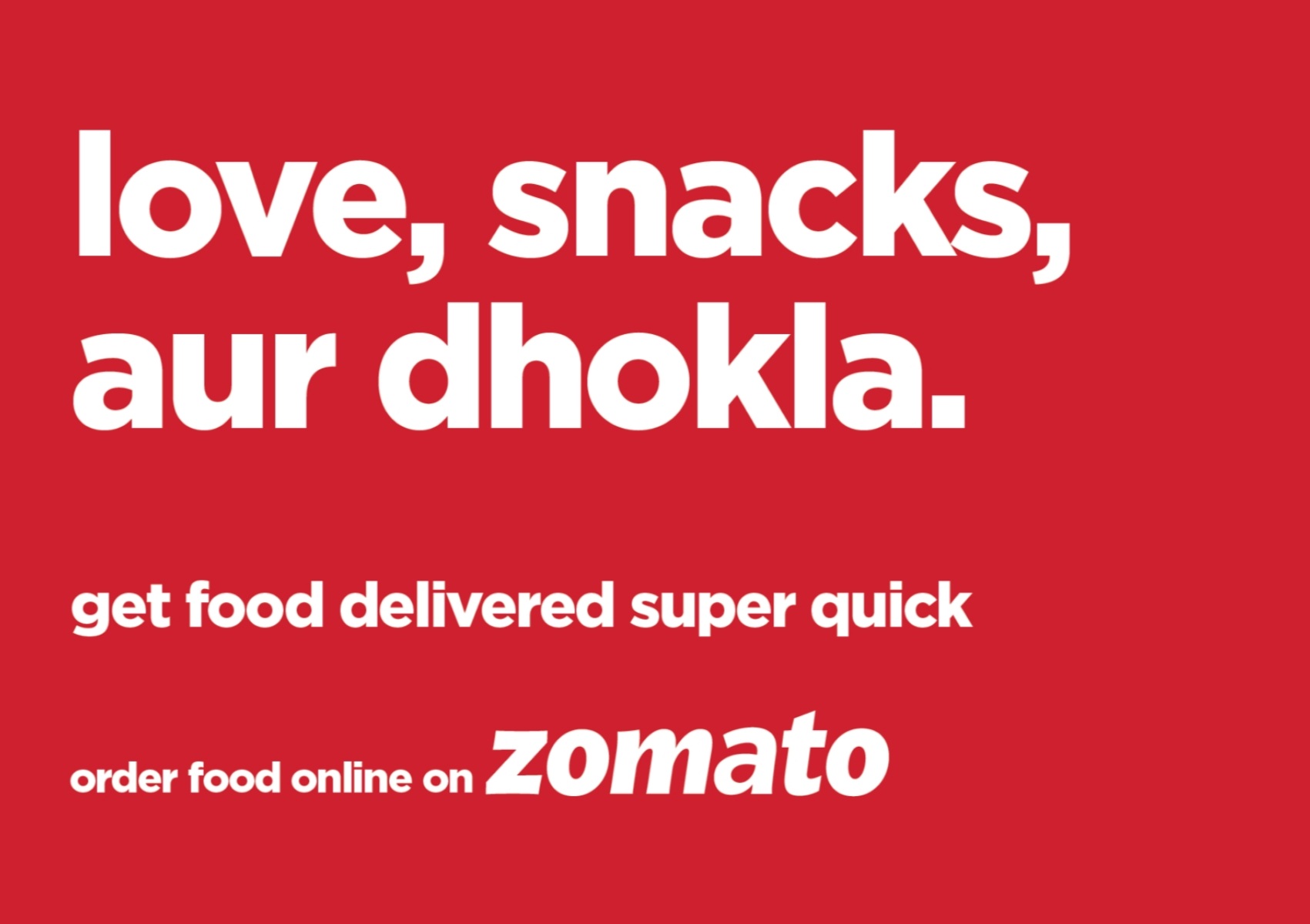 2. A witty but weirdly wholesome reference to the dark, creepy show that is Black Mirror. 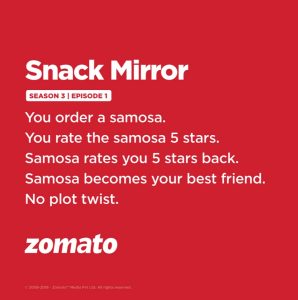 3. This amusing twist to the popular dialogue from the Blockbuster movie, Karan Arjun. 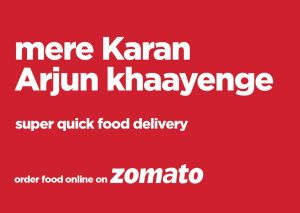 4. This ad mimicking the style of legendary actor and KBC host, Amitabh Bachchan. 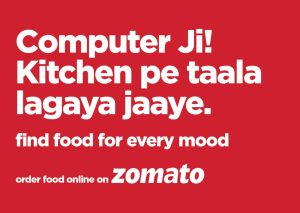 5. This ad listing the superstars of Hindi cinema, who all seem to be enjoying some good food. 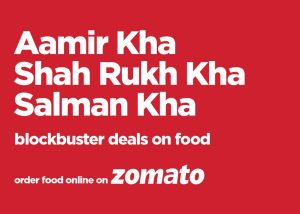 6. This ad referencing to the popular Madhuri Dixit number that speaks to Pizza lovers on a different level. 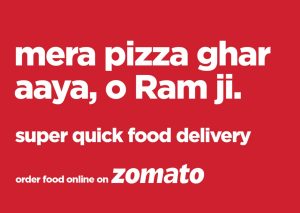 7. This reference to a banger from the 90s that ALSO speaks to pizza lovers on a different level. 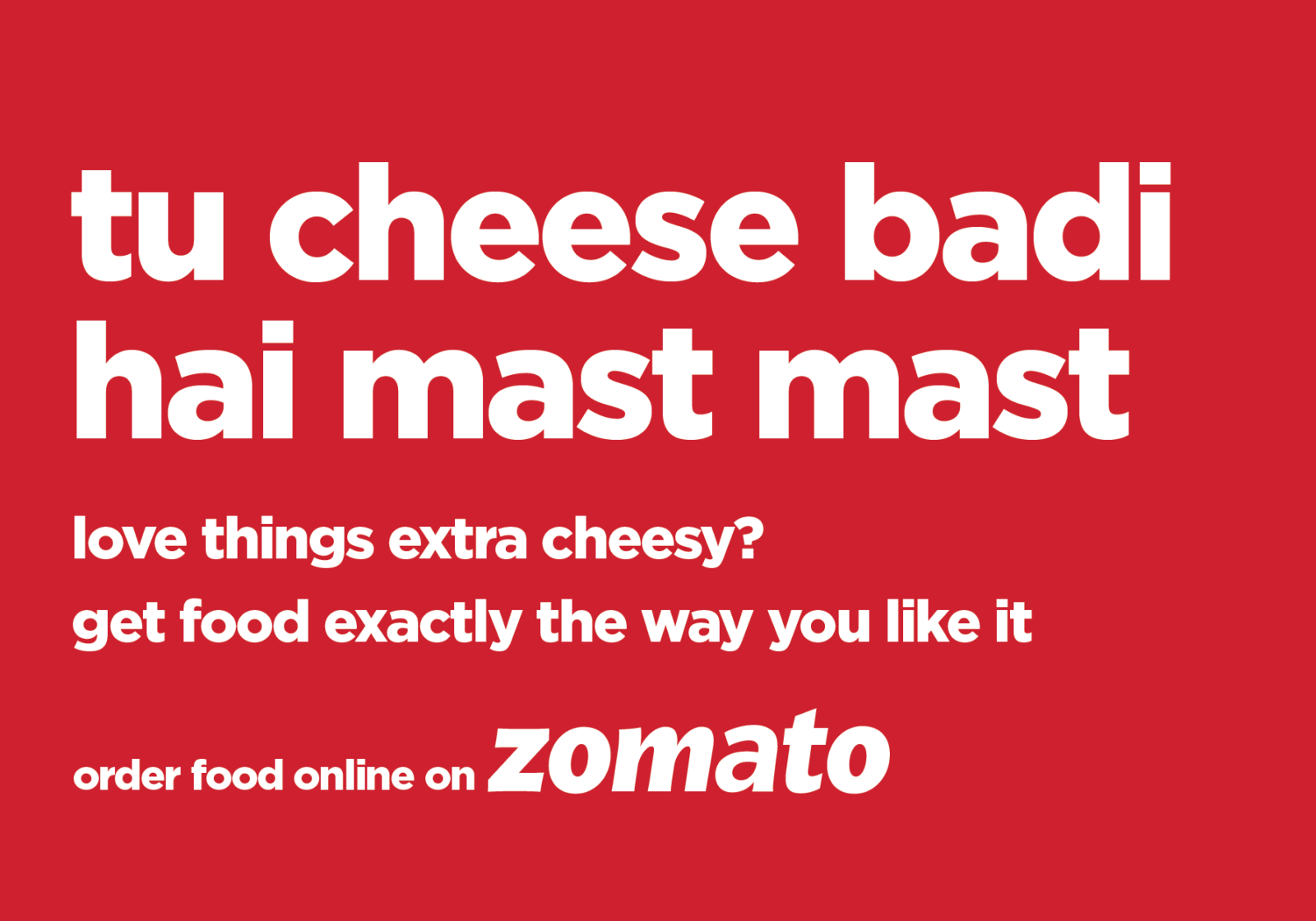 8. This play on the popular quote adorning Indian trucks. 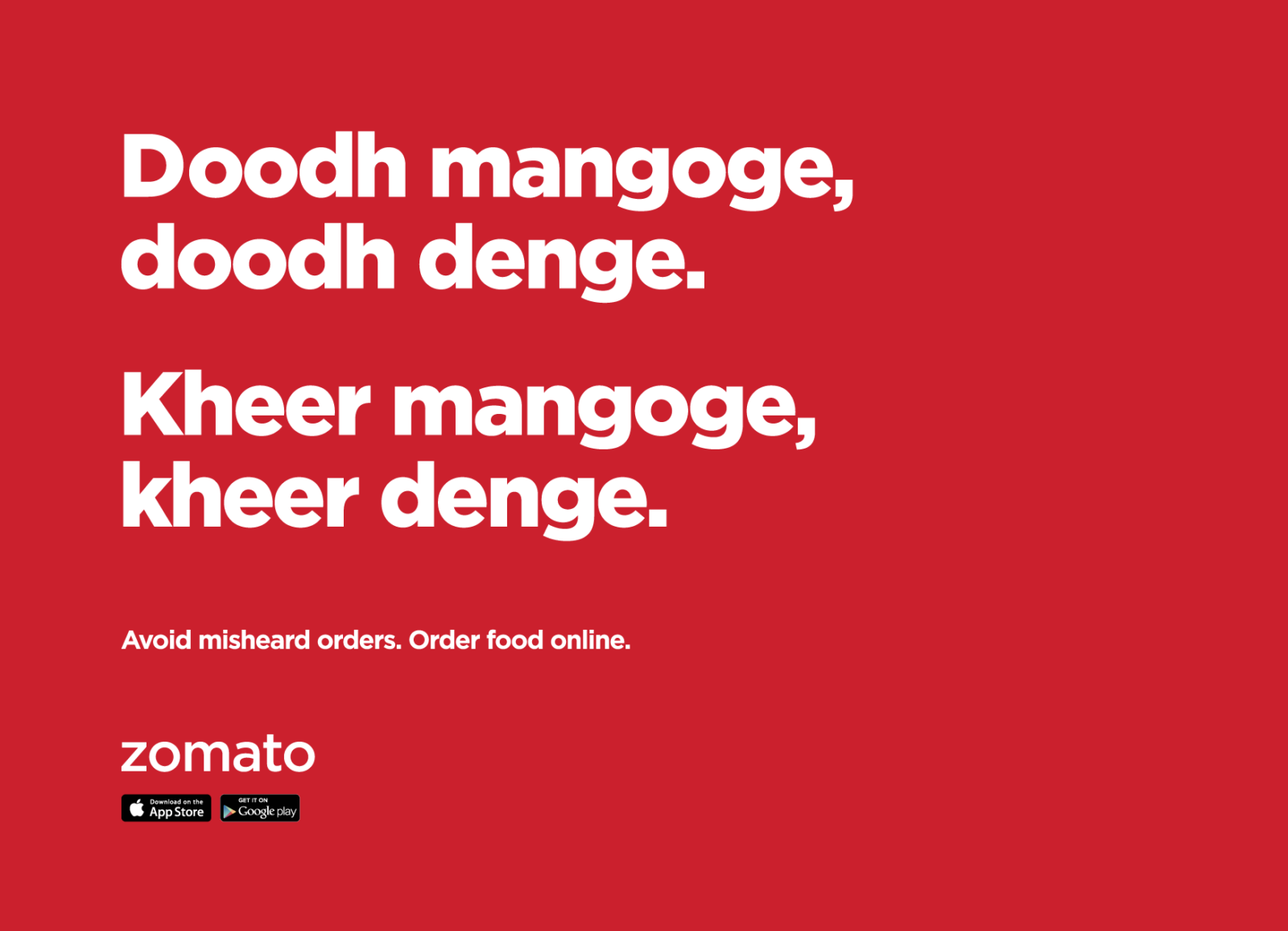 9. This one, that comes straight to the point. Chocolate cake is happiness and you can definitely buy chocolate cake. 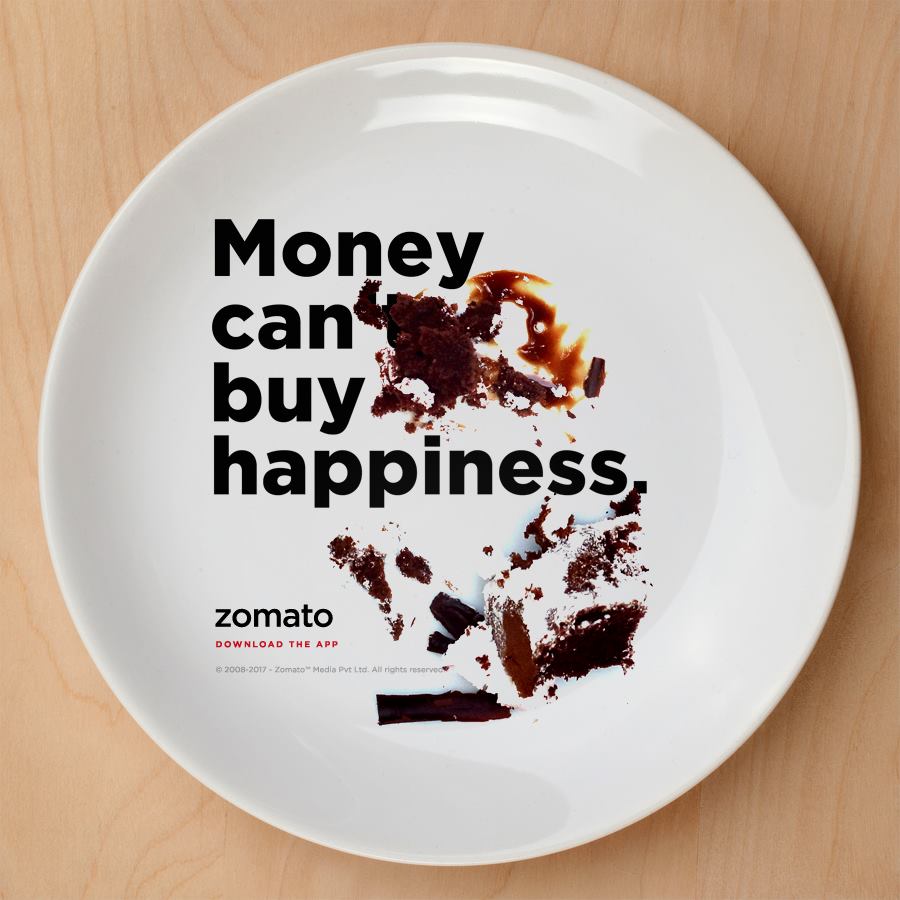 10. A hilarious reference to another banger from the 90s, because Zomato be delivering your food no matter how far up in the building you are, boo. 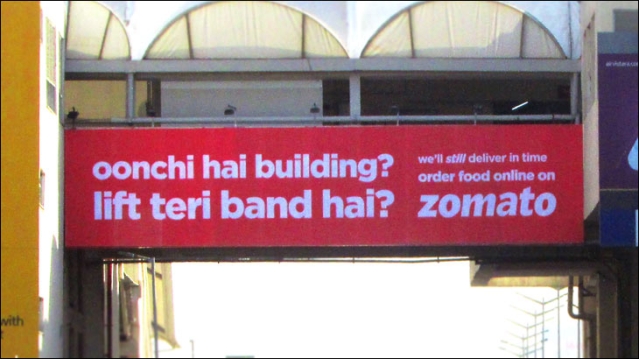 11. The only time someone was brave enough to say this and get away with it. 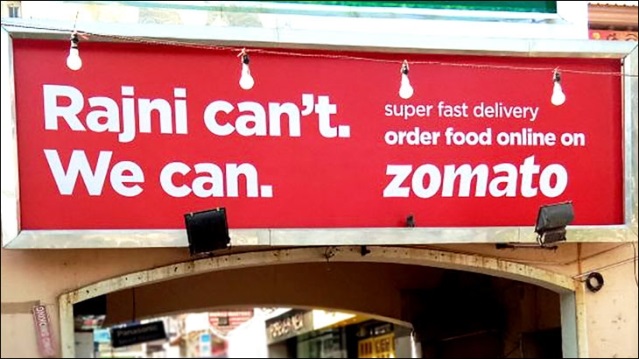 12. A good malai tikka roll has never hurt anyone. 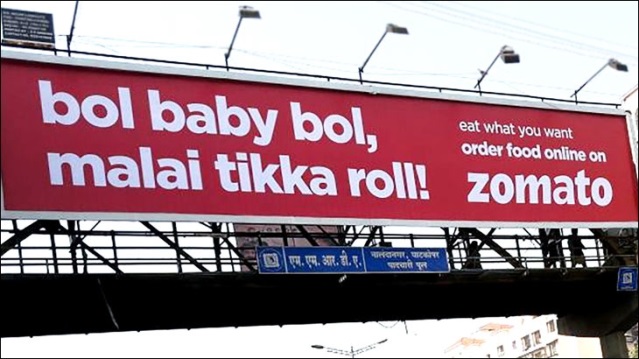 13. Everything is false. Food is the only truth. 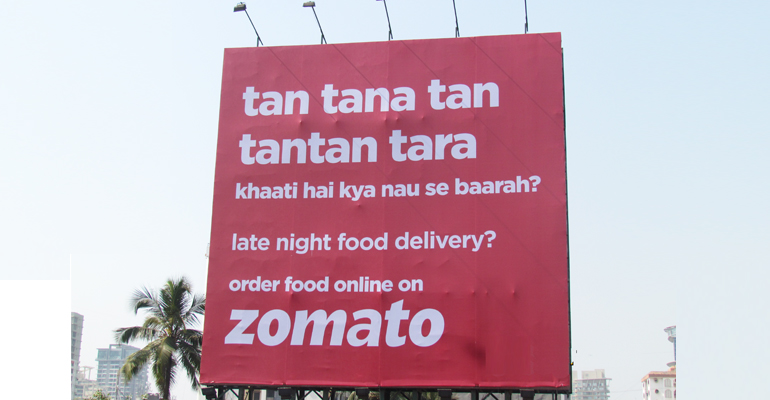 15. Biryani and deals are the two best things about Zomato. 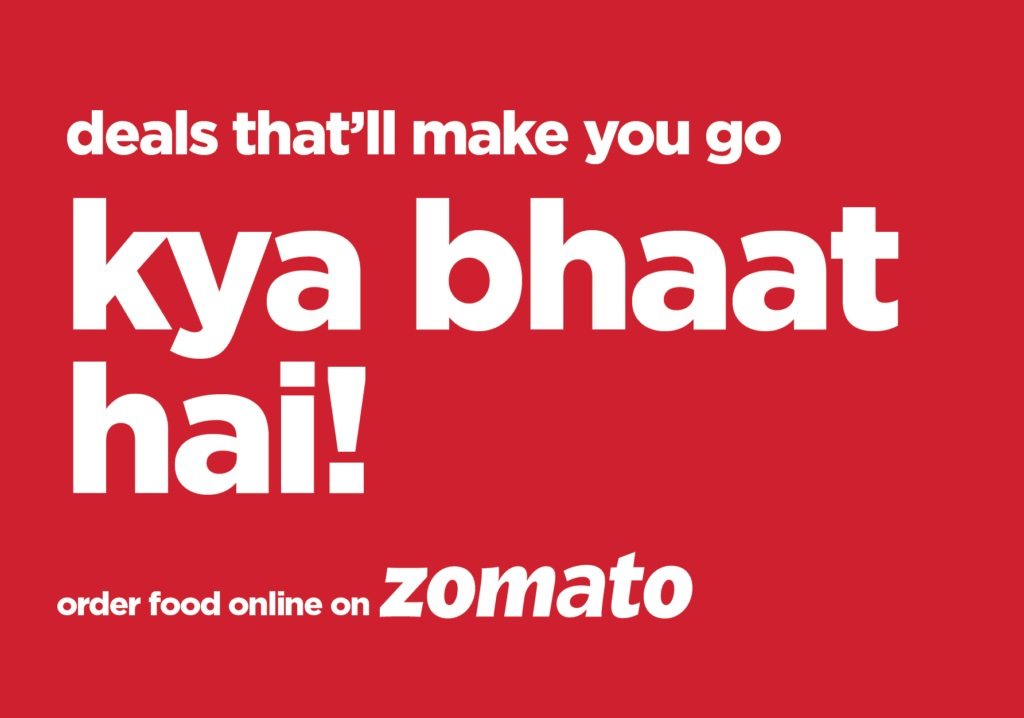 16. Everyone, and especially Rajkummar Rao wants to know if ladka nikal gaya hai. 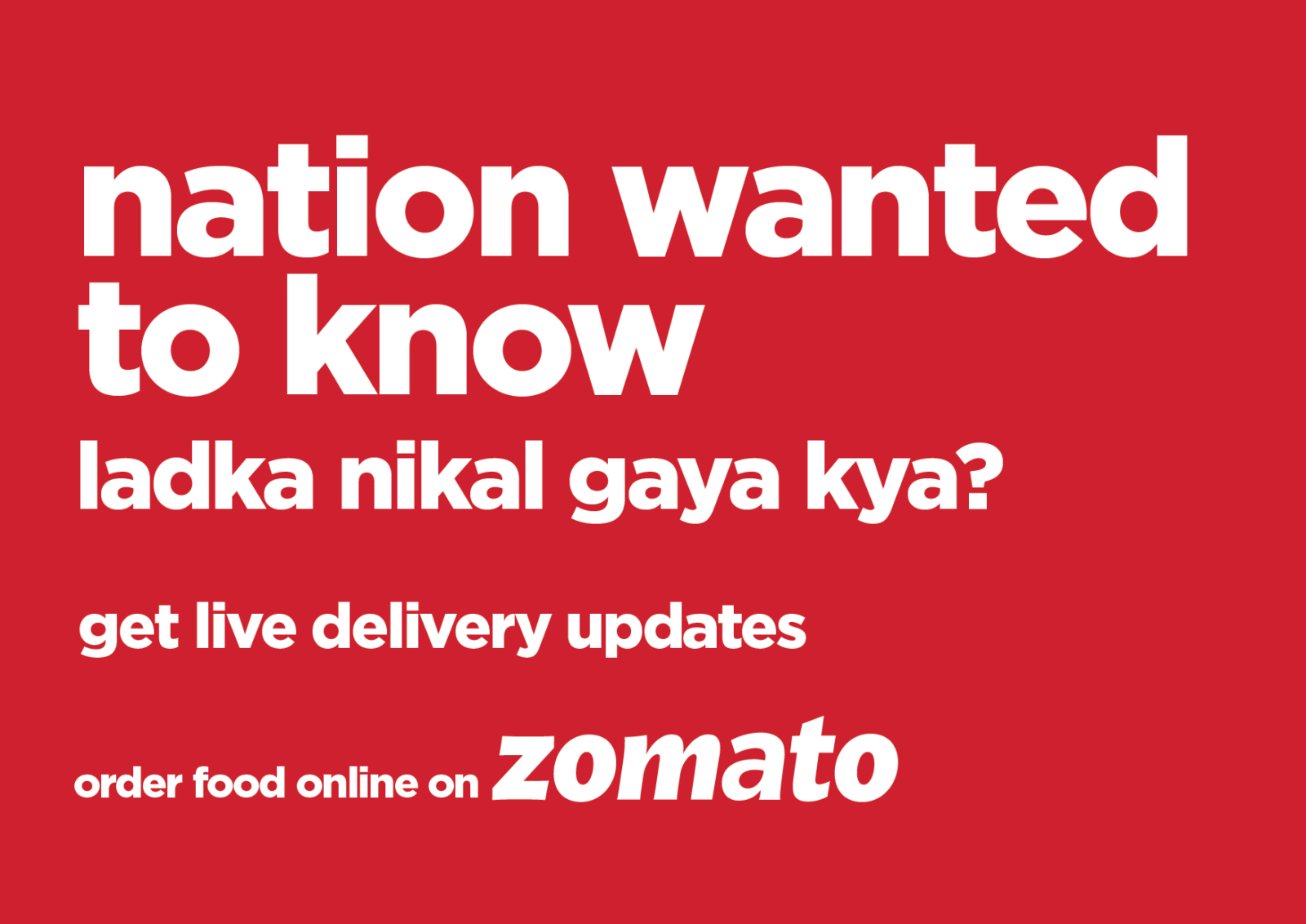 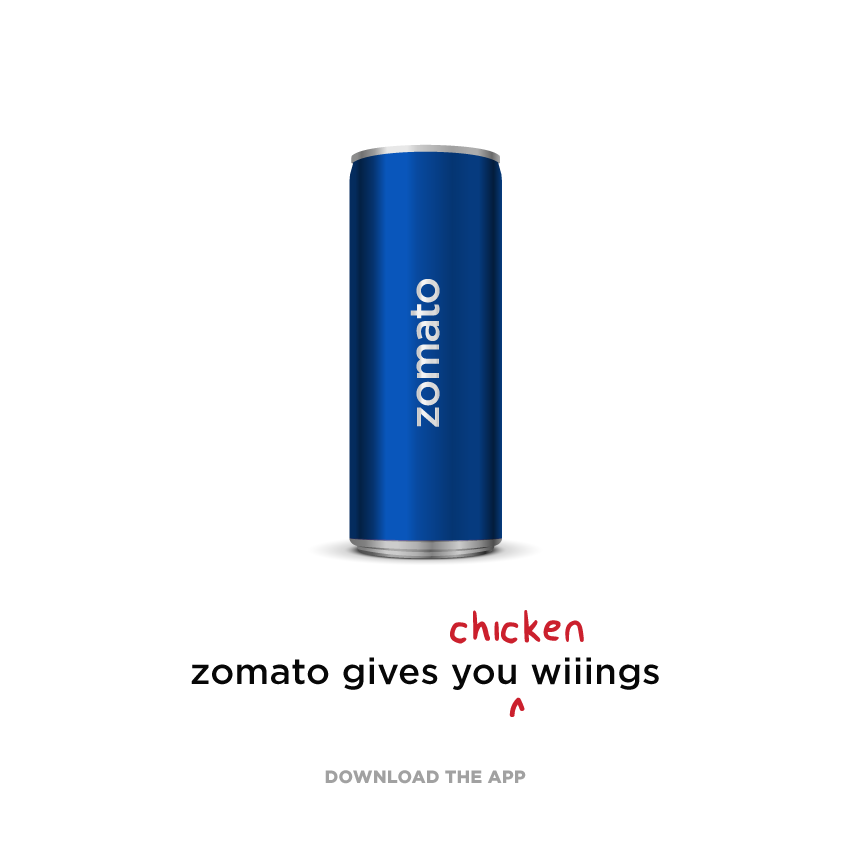 18. And this final reference to the popular CID character all to fond of breaking doors. 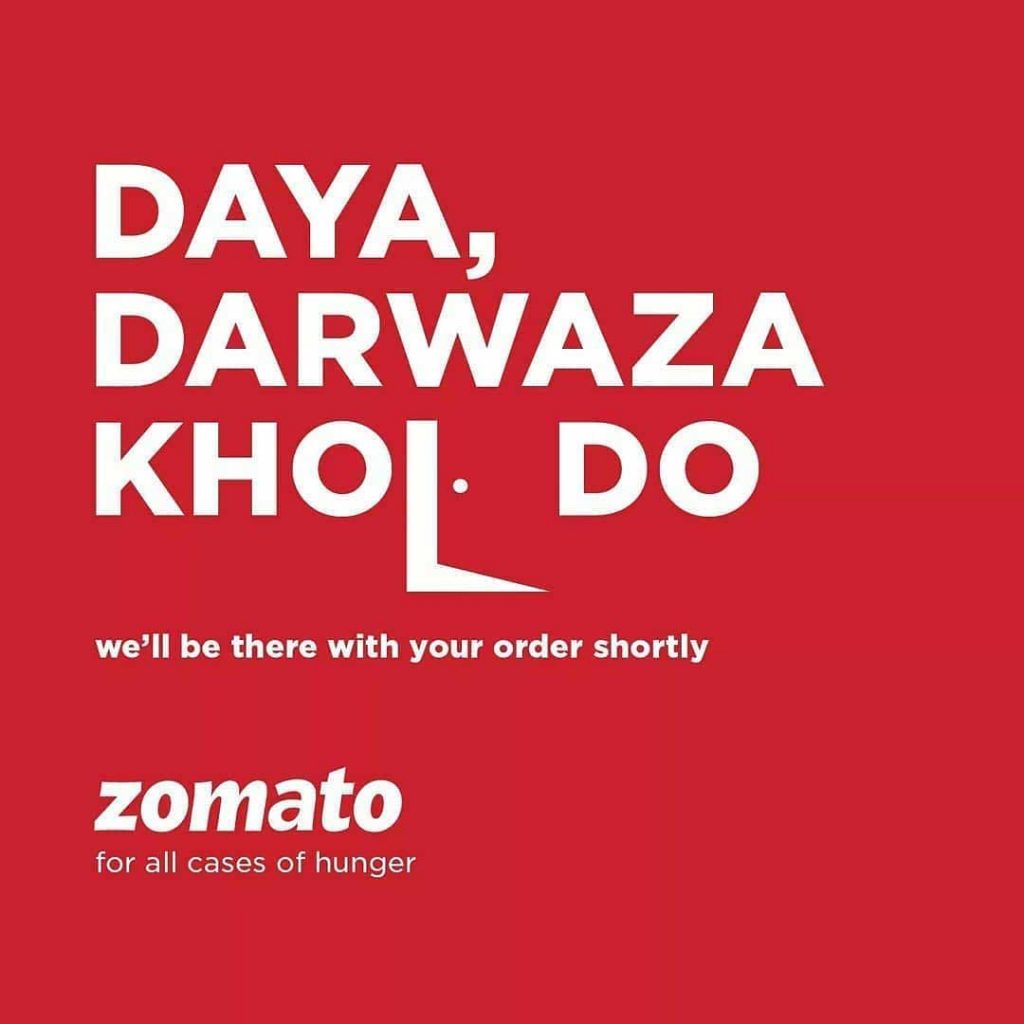