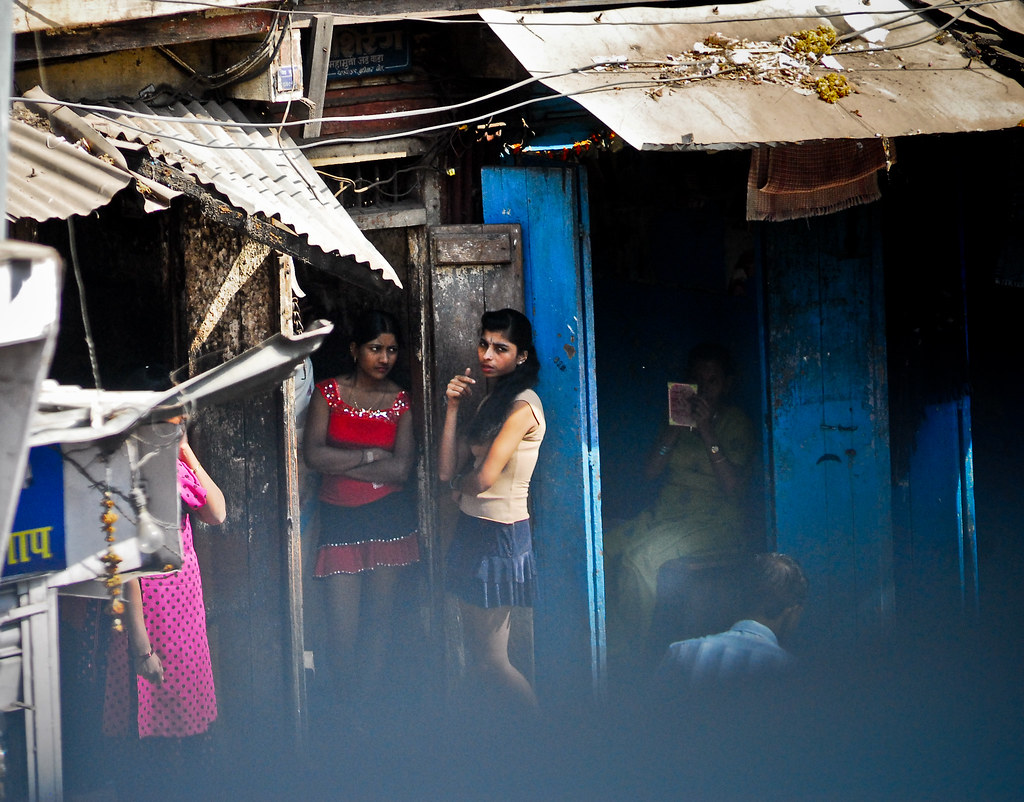 We tend to snicker upon hearing the word ‘prostitute’ or ‘red light area’. Using these as slurs and apparently obscene language is something quite commonplace. But, do we ever stop and think about the reason why? Why is it that so many people resort to make a living out of work that robs them of their dignity? And, if they do so because they have no other choice, why is it that others in society reduce them to a position of ridicule? These are tough questions we need to ask ourselves. The recent film ‘Gangubai Kathiawadi’ has sparked important conversations surrounding this issue. On that note, let’s take a look at some of the biggest red light areas in India.

Also read: 15 Most Interesting Facts About Kolkata, The City of Joy

Known widely as the continent’s largest red light area, Sonagachi in Kolkata has 11,000 sex workers as residents as of 2018. The Central Kolkata locality has been the focus of several documentaries and research projects. One such piece is born Into Brothels. A few years back, the neighbourhood was given a colourful makeover by some Bangalore-based artists who were transpersons.

The sex workers in Kolkata’s Sonagachi, Asia’s largest red-light district, are relieved that the West Bengal government has gradually eased lockdown restrictions. During the lockdown months of 2020 and 2021, they had no income due to the pandemic. The Sonagachi project is a local sex workers’ cooperative that empowers sex workers to insist on condom use and speak out against abuse. The Durbar Mahila Samanwaya Committee, which was founded in 1992 by public health scientist Smarajit Jana, is now mostly run by prostitutes.

In 2005, the film Born into Brothels: Calcutta’s Red Light Kids won the Academy Award for Best Documentary. It depicts the lives of prostitutes’ children in Sonagachi. Born into Brothels takes viewers beyond the well-known prostitute-infested streets and into the homes of children living in the “worst place on earth.” The discovery of ten-year-old Avijit, whose natural affinity for creating exciting compositions through the lens earned him an invitation to the World Press Photo Foundation in Amsterdam, is the film’s one success story.

Widely recognised as India’s second-largest red-light district, Kamathipura has become a hot topic now given the release of the film on Gangubai Kathiawadi. The region in the South was first settled in the late eighteenth century, and was formerly called ‘Laal Bazaar’. The number of sex workers in the area has dwindled as a result of tough police crackdowns in the late 1990s, coupled with the rise of AIDS and the government’s redevelopment policy, which assisted sex workers in leaving the profession and, as a result, leaving Kamathipura.

There were 45,000 sex workers in 1992, according to the Brihanmumbai Municipal Corporation (BMC), down to 1,600 in 2009 and 500 in 2018. With real estate developers taking over the high-priced real estate, many sex workers have relocated to other parts of Maharashtra. The Maharashtra government advertised for tenders to demolish and redevelop the area in 2018.

A residence to more than 3,000 sex workers, Budhwar Peth is known as one of the largest red-light areas in the country. In the last two years, the residents of the area have suffered a lot due to the pandemic robbing their means to earn a livelihood. It is estimated that there are 700 brothels and 5,000 prostitutes in the area. Sex trafficking, child prostitution, and police corruption are all problems in the area. HIV was once a major issue, but thanks to an HIV/AIDS programme that included education and condom distribution, the prevalence of HIV has dropped dramatically.

Apart from the ills of violence and local sex trafficking, Meergunj was also known for trafficking humans from across the state and even national borders. In 2016, the area was closed down in accordance with an order by the Allahabad High Court, although a few workers returned to the area after. Many were trafficked from the Indian states of West Bengal, Bihar, Jharkhand, Madhya Pradesh, Nepal and Bangladesh, in addition to local sex workers. The area is notorious for sex trafficking, gangster involvement, and violence. Sunil Chowdhary, a social worker, petitioned the Allahabad High Court in 2016 to have the red-light district closed and the trade relocated to the city’s outskirts. The petition was granted by the court. Some sex workers, however, returned to the area.

Garstin Bastion Road in Delhi is another one of the red light neighbourhoods that are infamous. Named after an officer of the East Indian Company, the area is believed to have been home to five separate such localities which eventually merged into one. G.B. Road, also known as Garstin Bastion Road, runs from Ajmeri Gate to Lahori Gate in Delhi, India. It was officially renamed Swami Shradhanand Marg in 1966. There is a sizable red-light district here. There are over 1000 sex workers and several hundred multi-story brothels in the city. It is lined with two or three-story buildings with ground-floor shops. On the first floor of about twenty of these buildings, there are about 100 brothels that open at night after the shops on the ground floor close.

Also known as the ‘Ganga-Jamuna’ area, this locality is a 200-year-old red light area. In August 2021, the region was sealed by the police and prostitution was banned abruptly following allegations of child trafficking, in the face of vehement protests by the residents. Nagpur sex workers are attempting to reopen the Itwari Chowk red light district. They claim to have implemented a standard operating procedure (SOP) to prevent disease transmission during sex work, but this will not help.

Chaturbhuj Sthan is a red-light district in the Muzaffarpur district of Bihar, India. More than 3,500 sex workers live in the area, which is said to have existed since the Mughal period. The Chaturbhuj Sthan Temple, which is located there, gave it its name. Sex trafficking is a problem in the area.

Located in Varanasi in eastern Uttar Pradesh, the region became known as a red light area ever since workers from nearby district Dalamandi here. Shivdaspur is also a census town. The red-light district in Dalamandi, near the Kashi Vishwanath Temple, was shut down in the 1970s, and the sex workers were relocated to Shivdaspur. Because of the fear of HIV, the area has declined as the number of customers has decreased. Locals and politicians have advocated for the closure of the area.

So, these were some of the biggest red light areas in India.