Scams, dishonest schemes, or frauds, are a few of the many complications of corruption. They not only rob the nation of its money, but also drive it toward the path of deteriorated political and social health. Whether it be a worldwide humiliation during Commonwealth Games or national furor during the 2G scam, the fraudulent behavior of a few has left the country hapless. We have gathered the 12 biggest scams in the History of India that have robbed us of our money.

Caused by the collapse of a Ponzi investment scheme called chit fund, run by the Saradha Group. 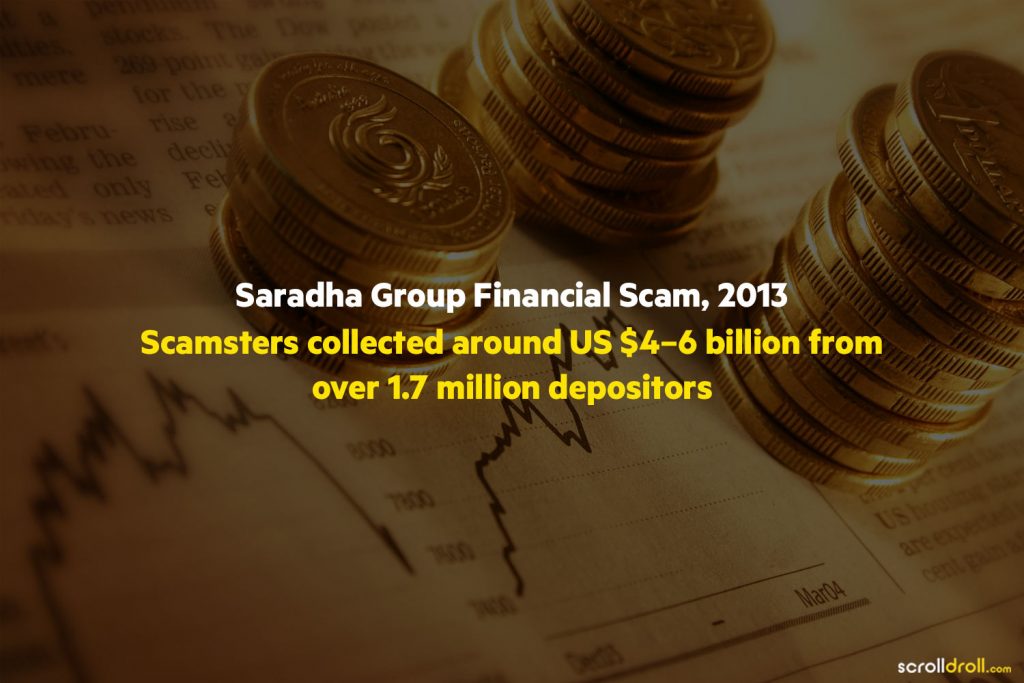 The biggest scam in size is termed the mother of all scams by the amount involved. The scam is in regards to the Indian Government’s (Manmohan Singh government) wrongful allocation of the nation’s coal deposit to PSUs and private companies without resorting to competitive bidding. 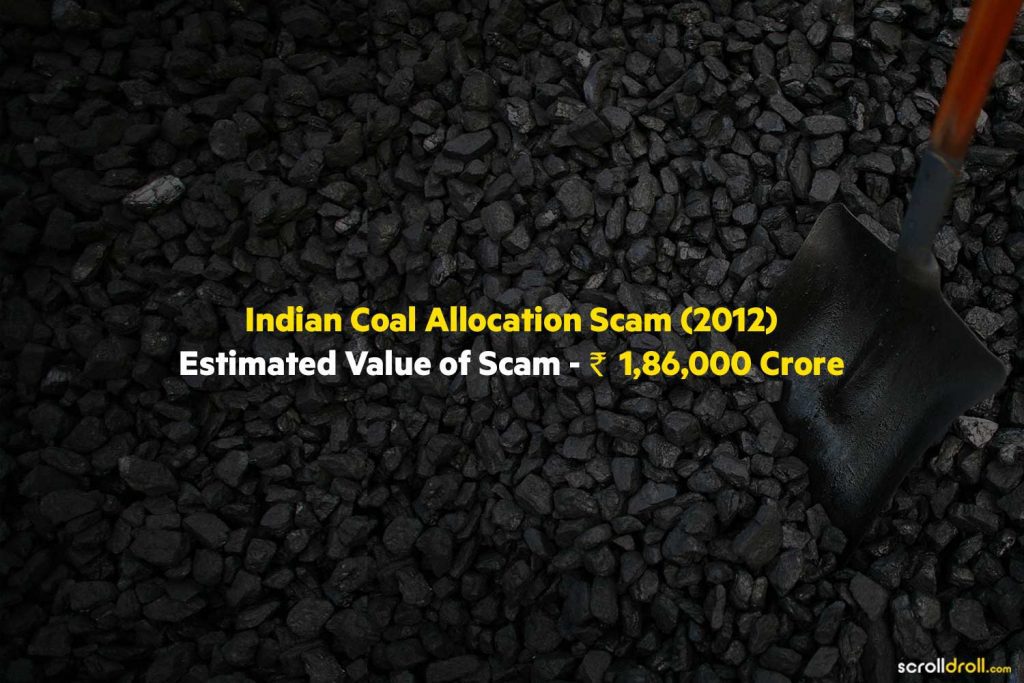 Investigated by: The Office of Comptroller and Auditor General of India (CAG).

Took place during the Commonwealth Games, 2010 in New Delhi. Out of the estimated amount, only half was actually spent on the event. Various hefty payments were made in the name of non-existent parties. 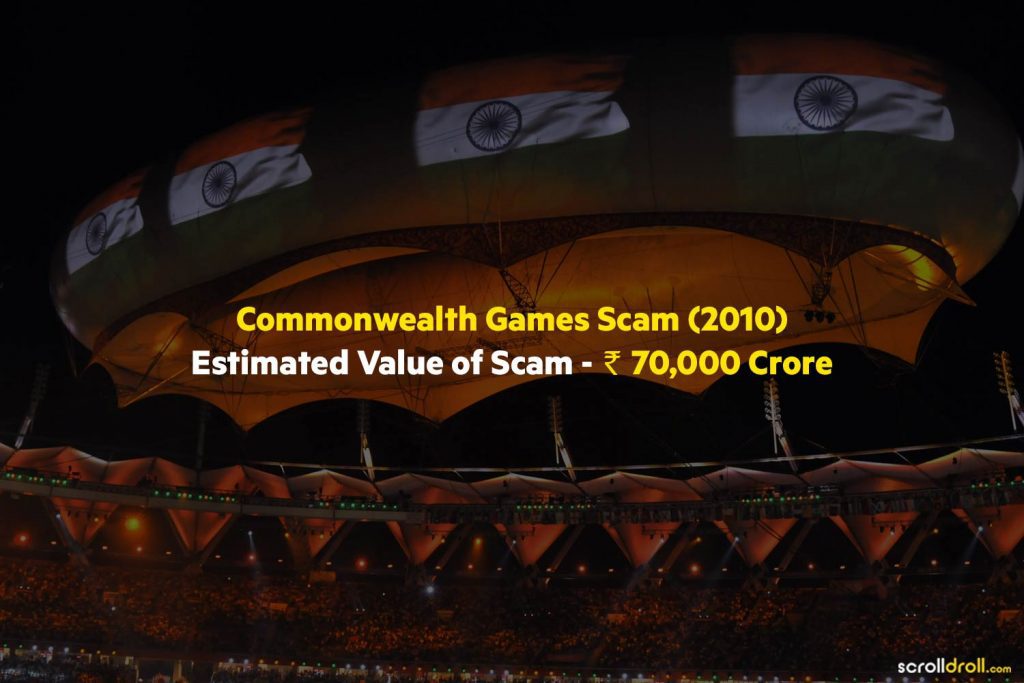 The biggest corporate scam in the history of India shattered the peace of Indian investors. The account books were fudged & the profit figures and revenues were falsely inflated for years by the Founder & Chairman of Satyam. The company was taken over by Tech Mahindra. 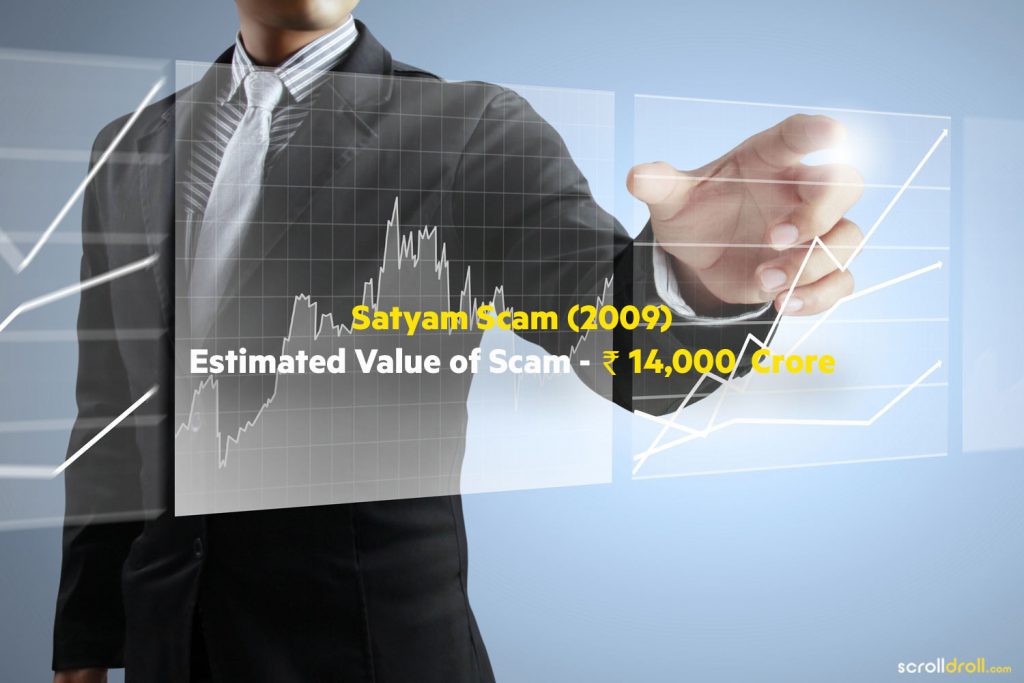 Communication bandwidth was auctioned for lower than market value by the then telecom minister. 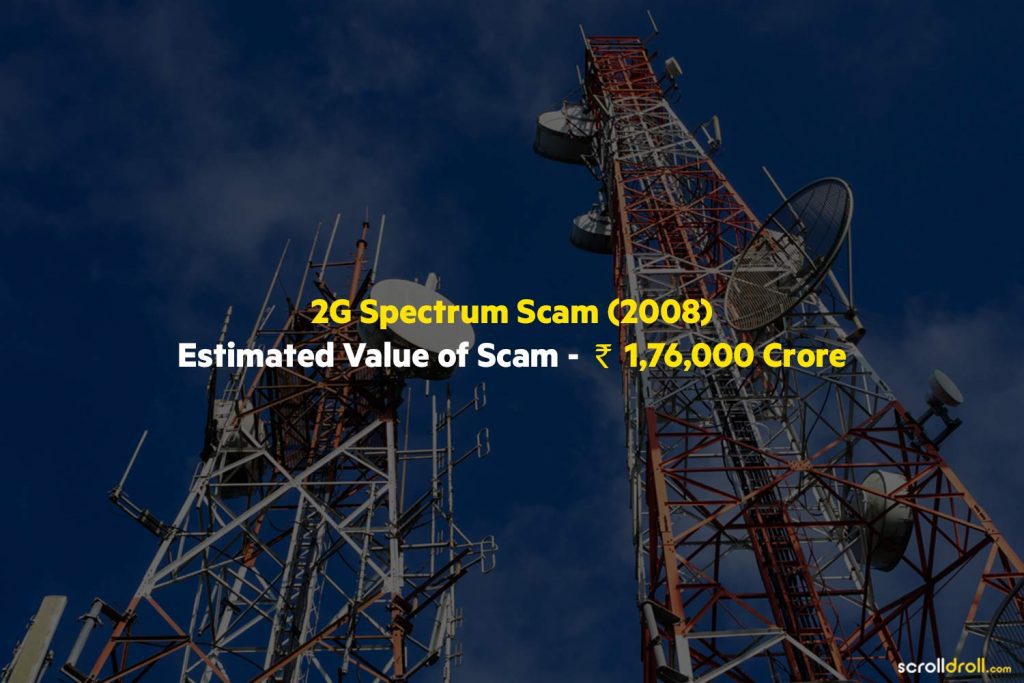 Popularly referred to as the Telgi Scam involved the printing & selling of forged/duplicate stamp papers to banks and other financial institutions. 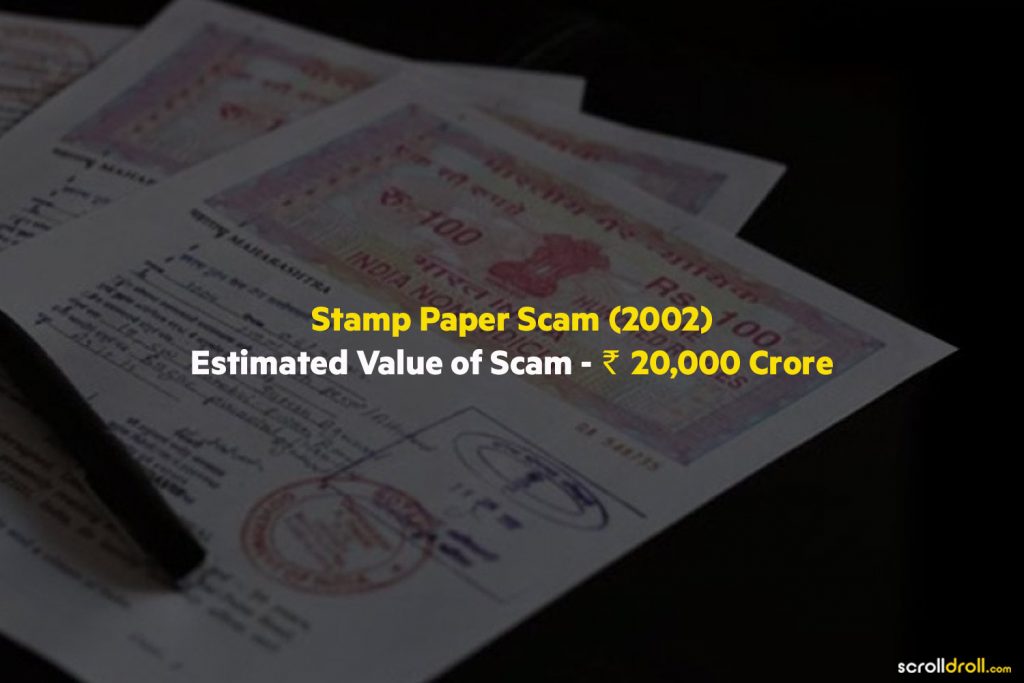 Popularly known as the ‘Chara Ghotala’, Bihar’s most famous scam involved the fabrication of “vast herds of fictitious livestock” for which fodder, medicine, and animal husbandry equipment was allegedly procured. 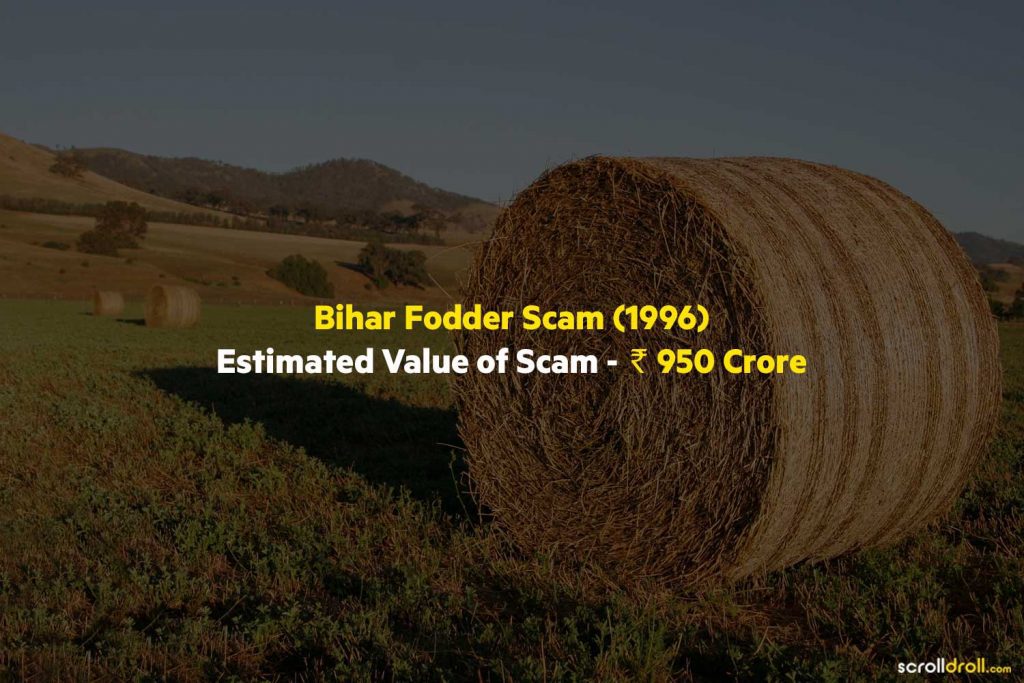 The major political players were accused of having accepted hefty bribes from the hawala brokers who basically fund terrorism around the globe and also alleged connections about payments being channeled to Hizbul Mujahideen militants in Kashmir. This scam was evidence of open political loot taking place in the country. 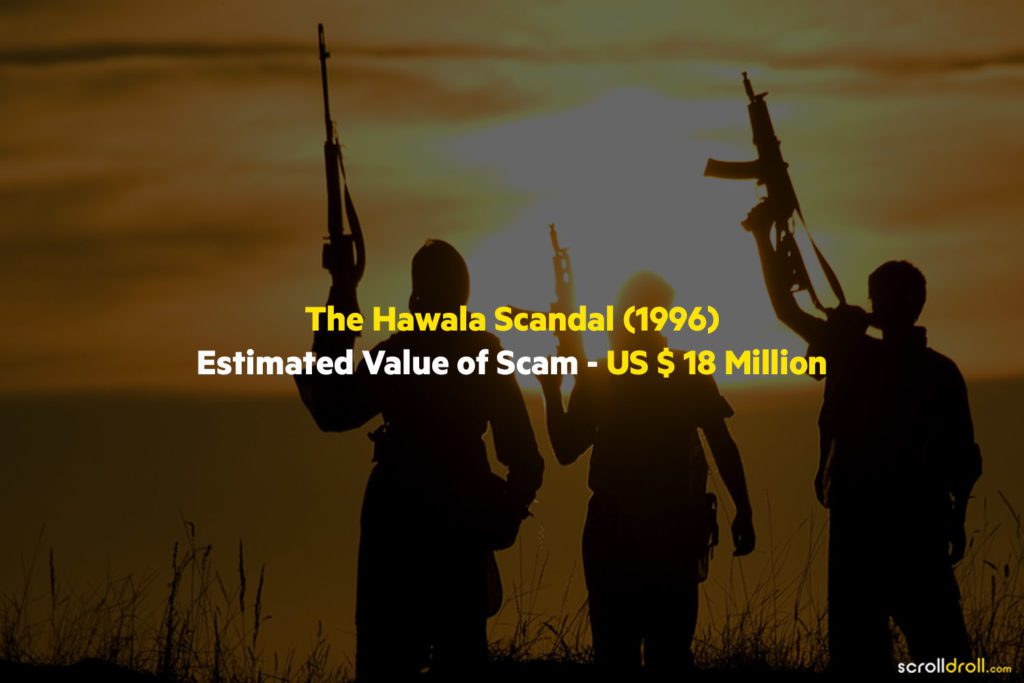 Harshad Mehta siphoned lump sum money from the banking system and raised a large fund for himself by producing seamlessly original looking fake bank receipts, many banks lent him huge amounts of money assuming that they were doing this in return for government securities.
Ketan Parekh also executed a similar scam and looted the Bank of India for around $30 million. 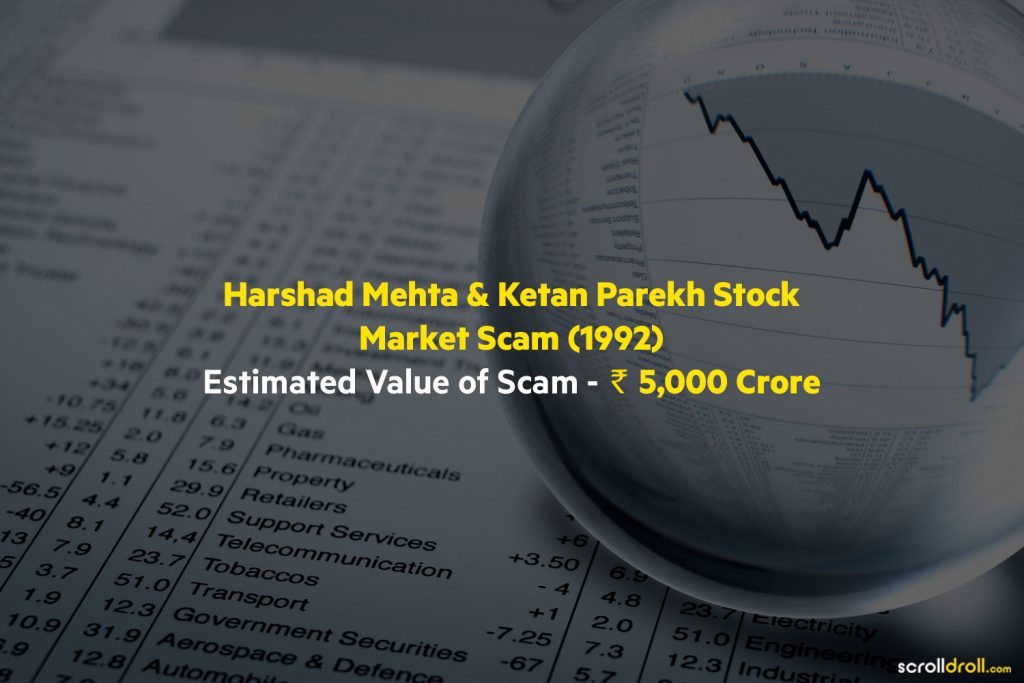 Investigated by: Securities Exchange Board of India.

Known as the hallmark of Indian corruption, a scam related to the defense services & India’s security interests $16 million was accepted as a bribe from Bofors, the largest arms manufacturing corporation of Sweden by Rajiv Gandhi’s Congress for a contract they won to supply 155 mm field howitzer to India. 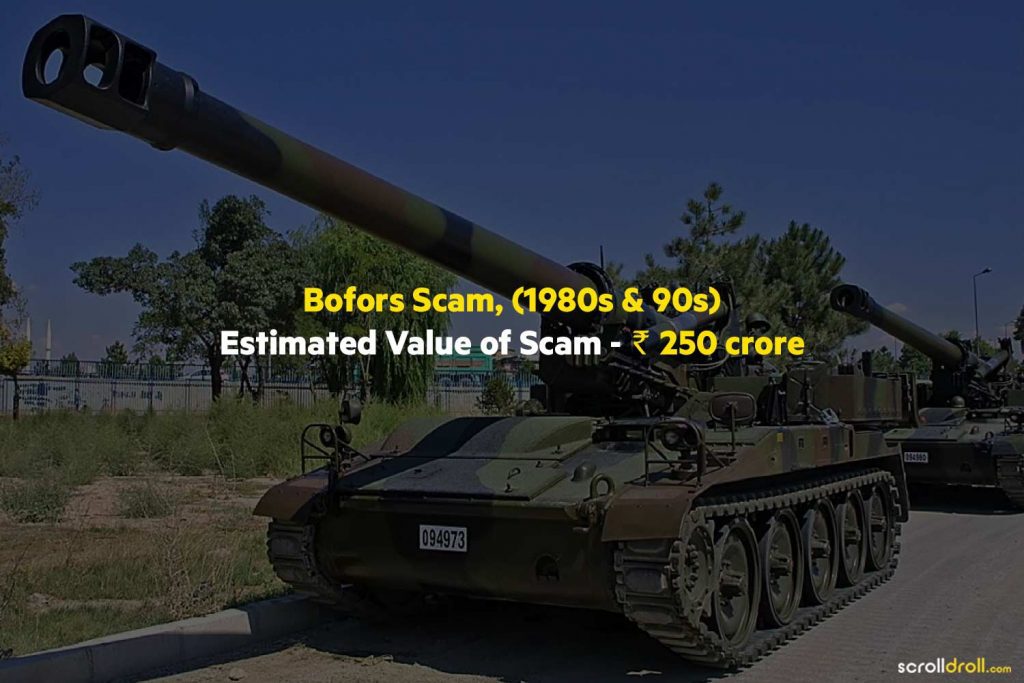 The mine owners had been illegally using fake Transit Passes to transport minerals from Orissa to other states. A large-scale Plunder involving many high-profile people from the government and bureaucracy. 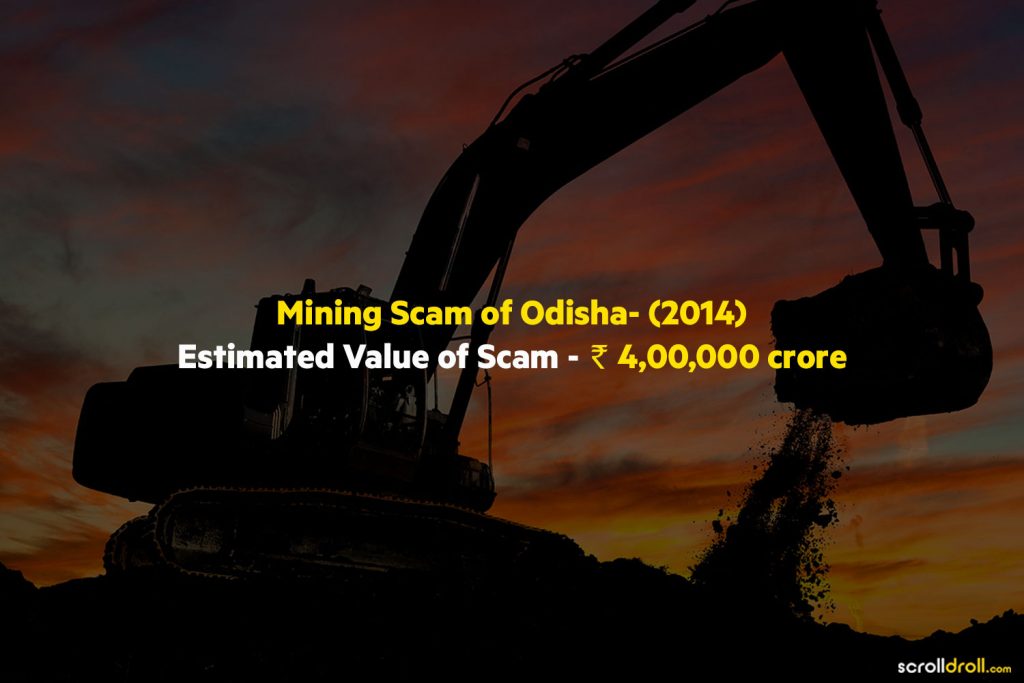 Came into focus when an Indian businessman scraped the nation of 1.65 lakh crores.  Even the authorities have lost hope of recovering this money. 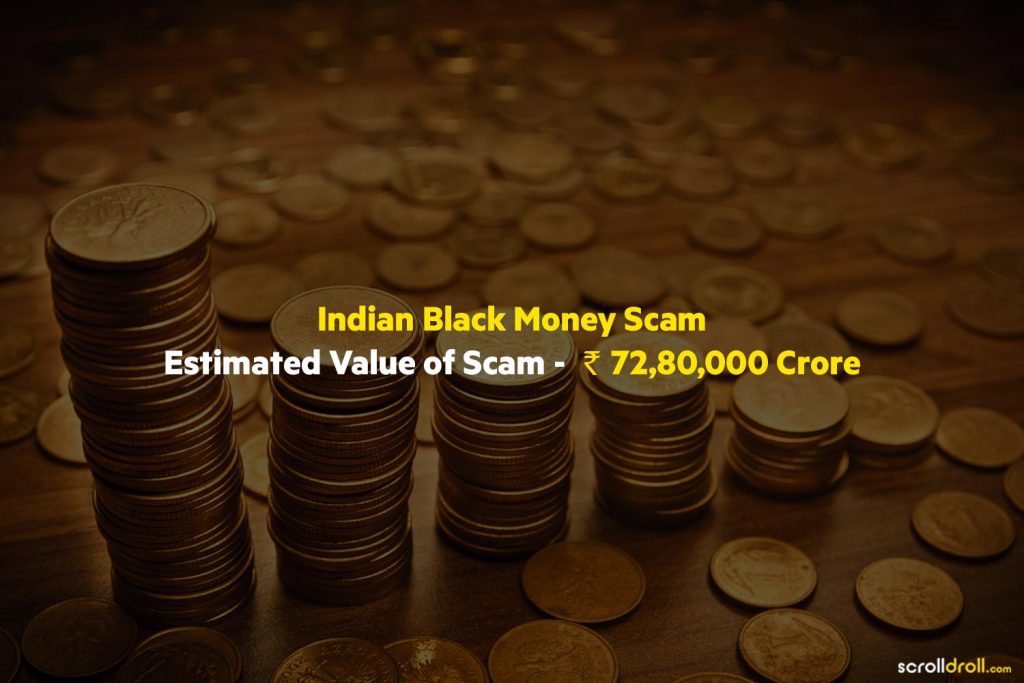 These were some of the biggest scams in the history of India. An average Indian citizen is hard-working and diligent, but it is the people in charge of the system who act as cancer spreads the venom, slowing down progress. But it is time we realise the power that lies in the hands of a common man and acts by it.