Bill Gates is a successful entrepreneur, philanthropist and owner of Microsoft.  Initial childhood curiosity to explore computer and programming laid the foundations of the establishment of one of the best software companies in the world. A billionaire with a  good reputation, abundance of fame and wealth, a nice collection of Porsche cars, a private jet are phrases that are often associated with Bill Gates. All that one could ask for, but wait here’s some more… 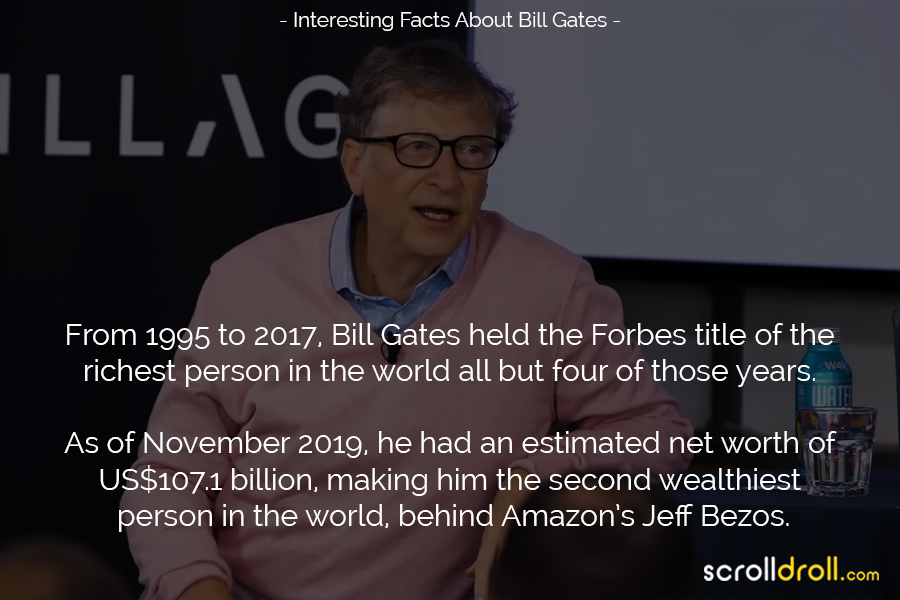 2. It’s just a matter of priority.
He dropped out of Harvard University in 1975 to pursue his career. 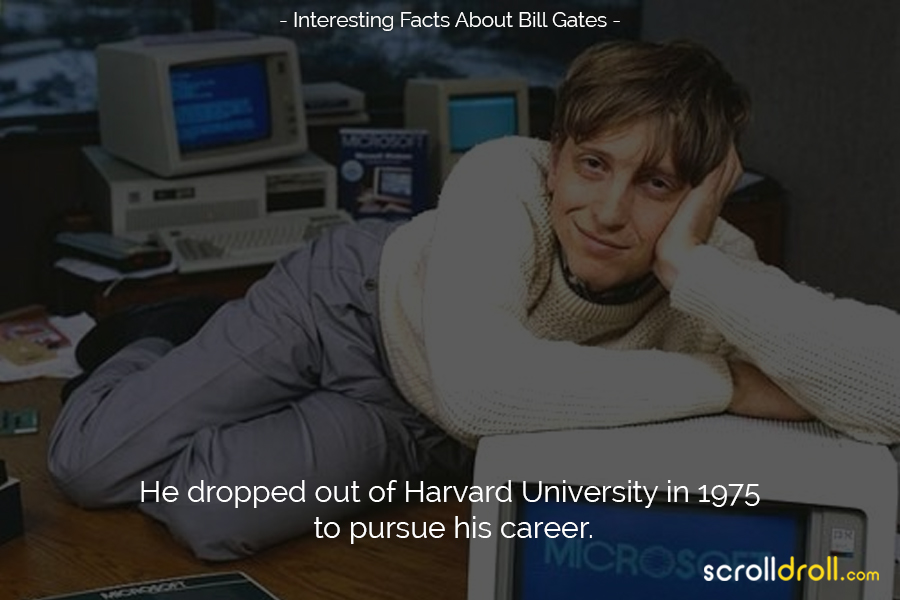 3. When Bill Gates was 22 Years Old…
He was jailed once for driving without a license and skipping  the traffic light. 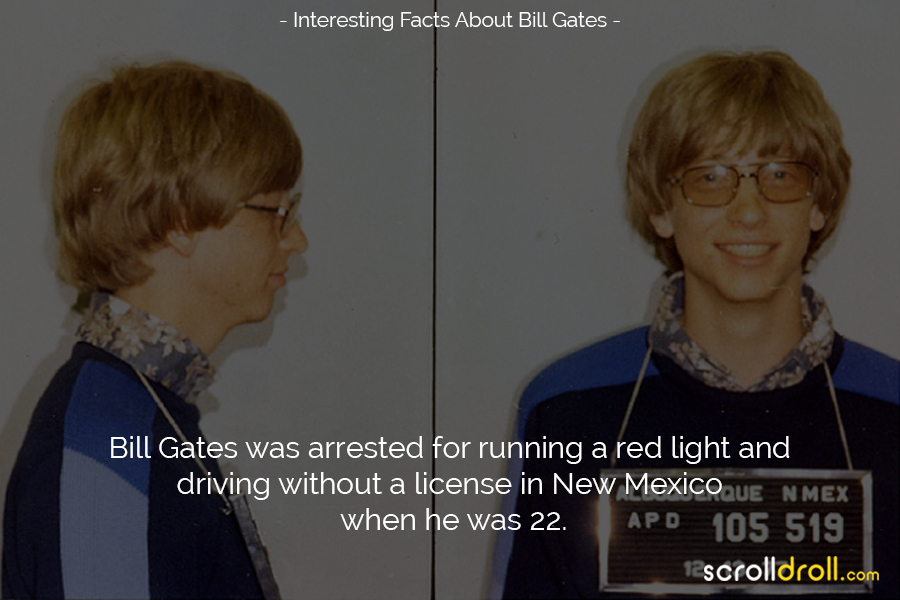 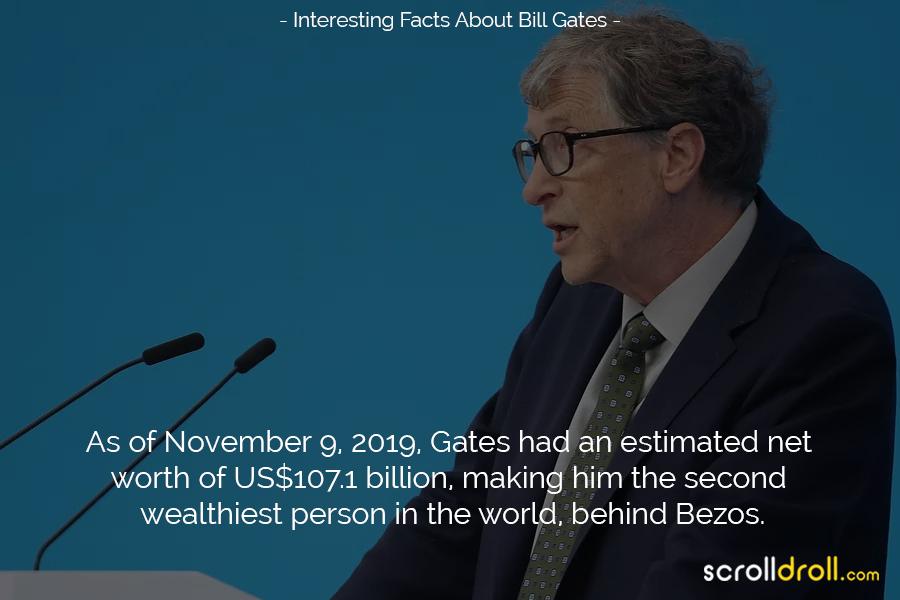 5. Now that’s called a life larger than life, itself. 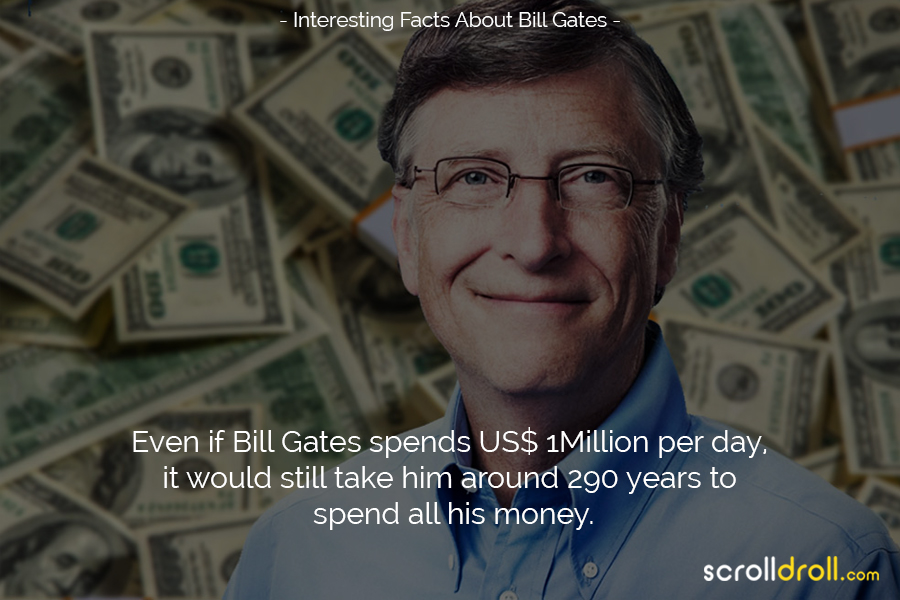 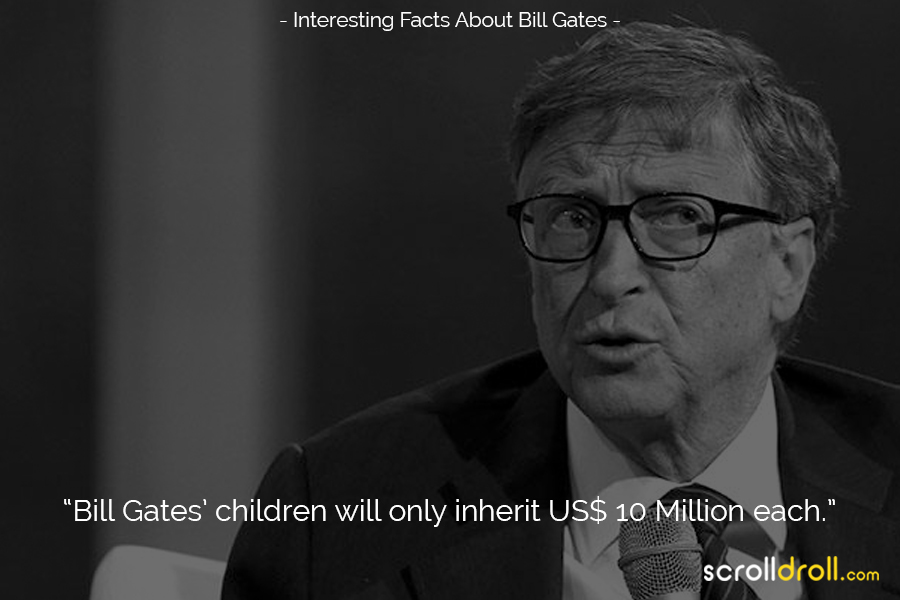 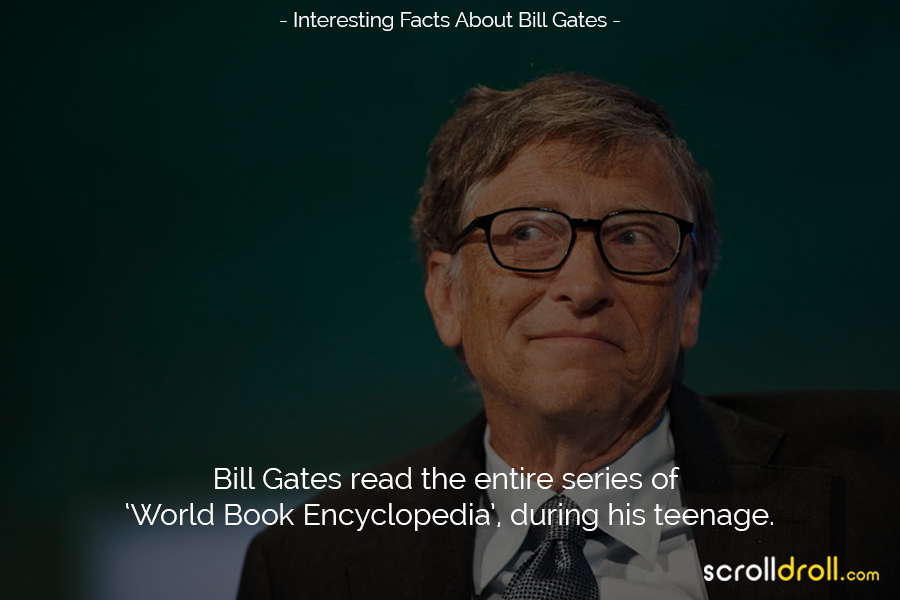 8. That’s a unique achievement!
Bill Gates net worth is more than GDP of several countries. 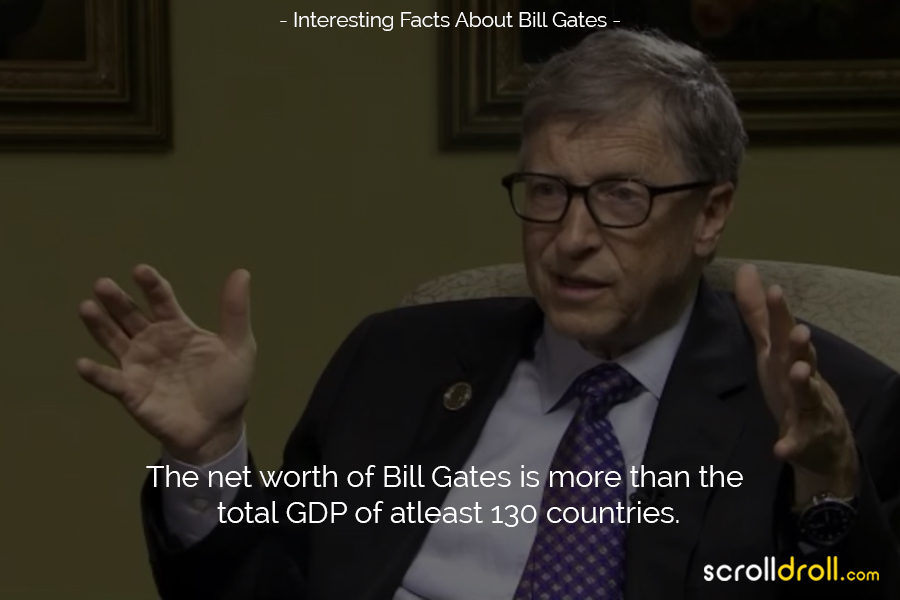 9. And yet he reaches out to people of every race and religion through his charitable work!
Bill Gates does not know any foreign language. 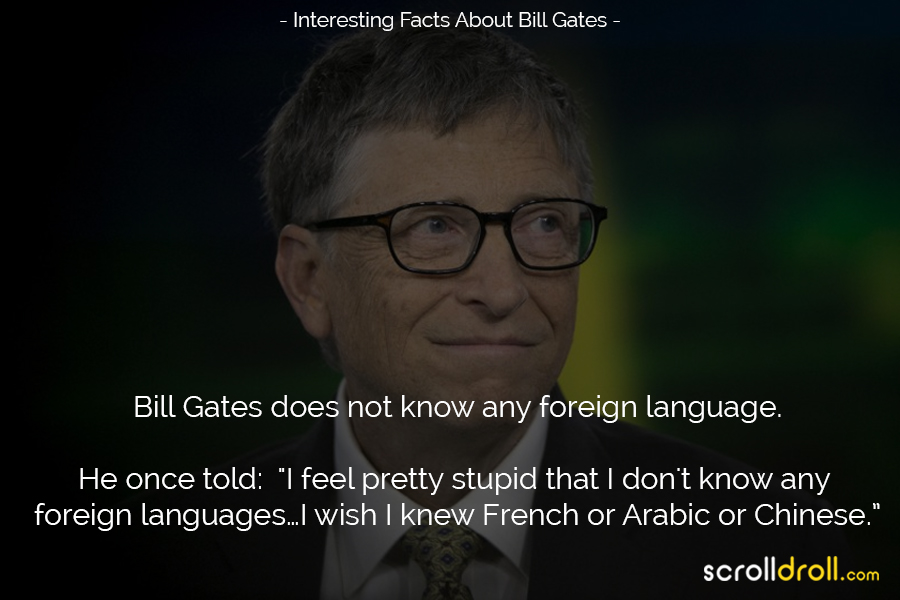 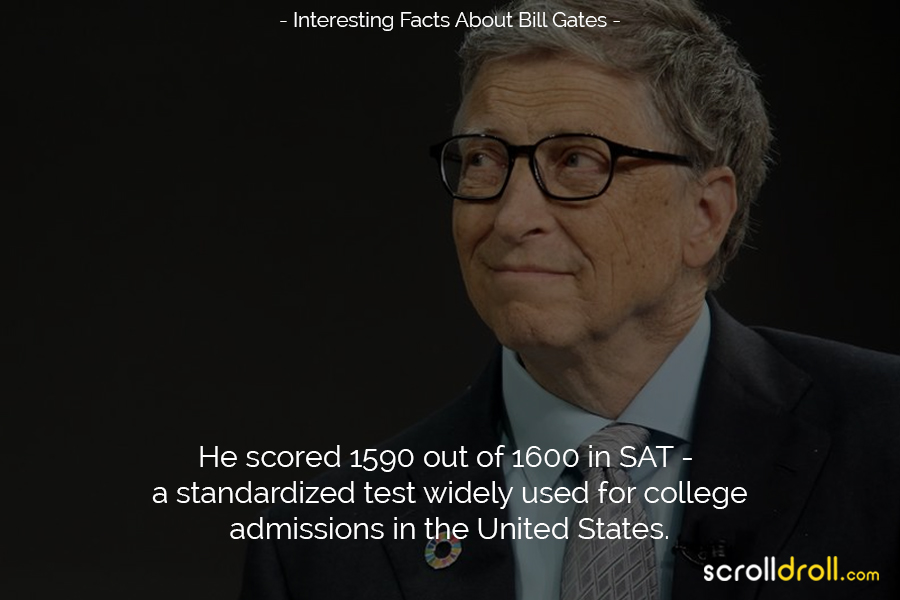 11. That’s some food for thought!
In 2013, he admitted that ctrl+alt+delete command was a mistake, there should have been a single command. 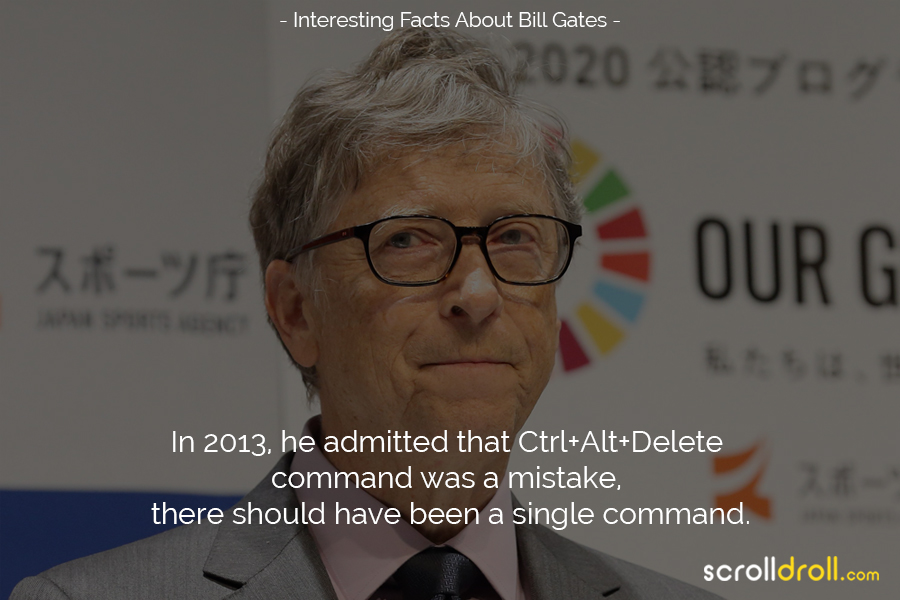 12. FYI, he drank the converted water as well…aren’t you grossed out yet?
Bill Gates sponsors a machine that converts poop into drinking water. 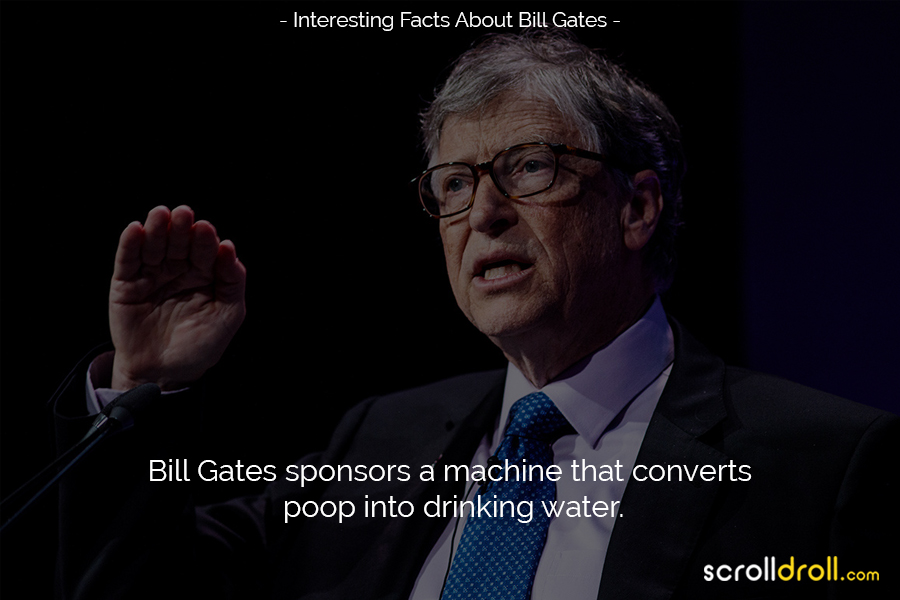 13. Smart move, mate.
He used to  tweak the program codes at school in order to be in a class with most number of attractive girls. 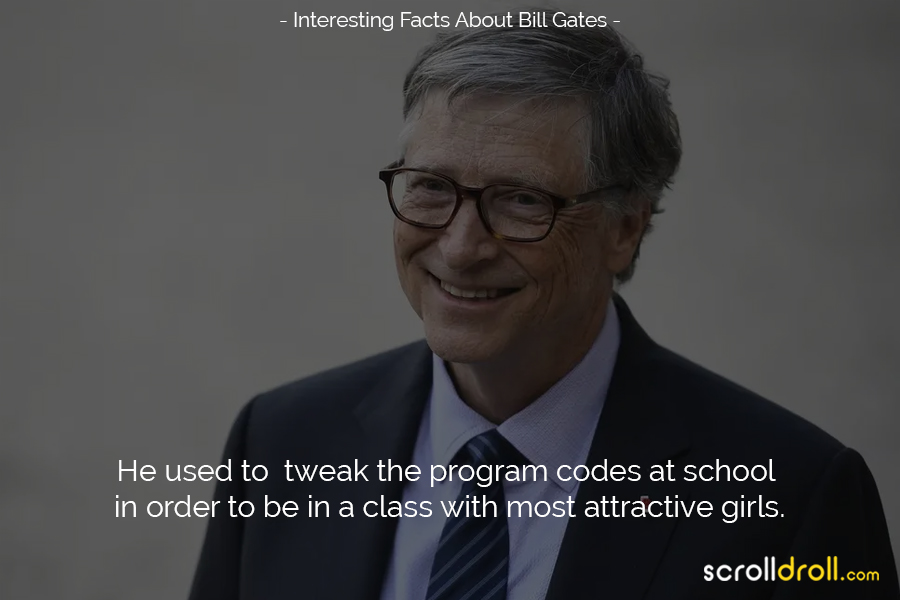 14. So that’s how you make up.
He received an honorary degree from Harvard University in 2007, thirty two years after dropping out 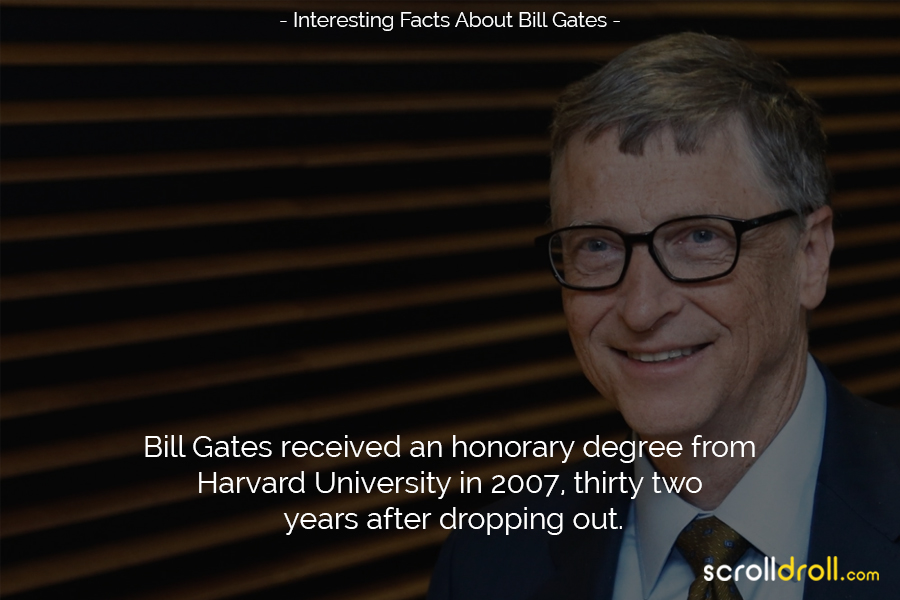 15. And you thought life was fair?
Bill Gates has a Mc Donald’s gold card for receiving unlimited free fast food 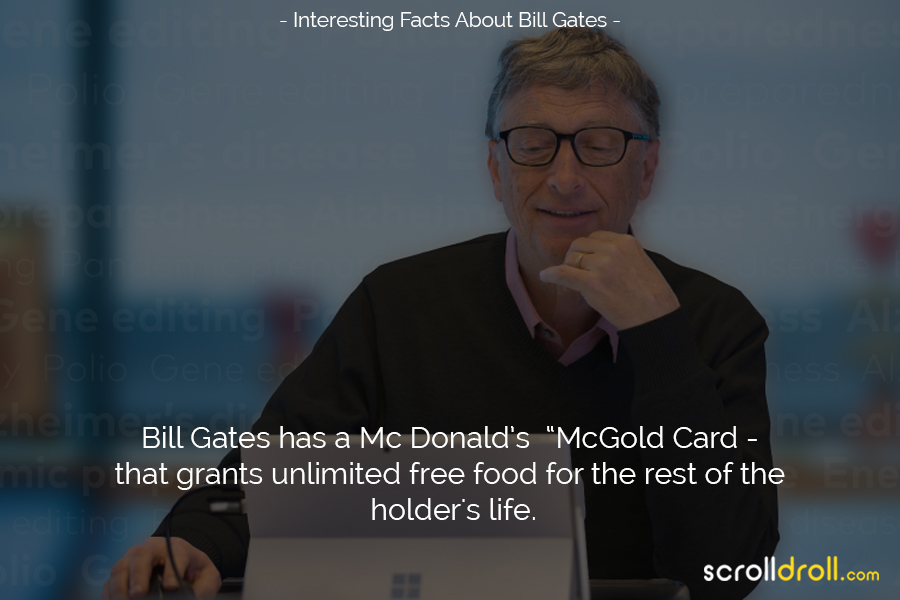 16. Oh, and where can I receive them?
Bill Gates along with Warren Buffet and Mark Zuckerberg signed the “Gates Giving Foundation”, a pledge to give away half of their wealth. 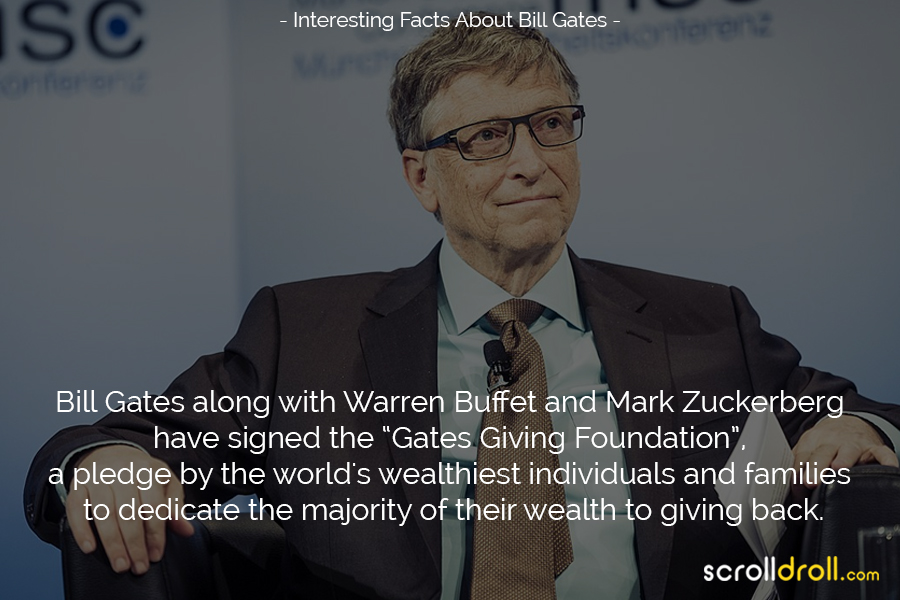 17. Centi-billionaire!!!
During the dot-com boom, when his wealth  crossed a 100 billion for a short period of time, the media coined the term centi-billionaire for him. 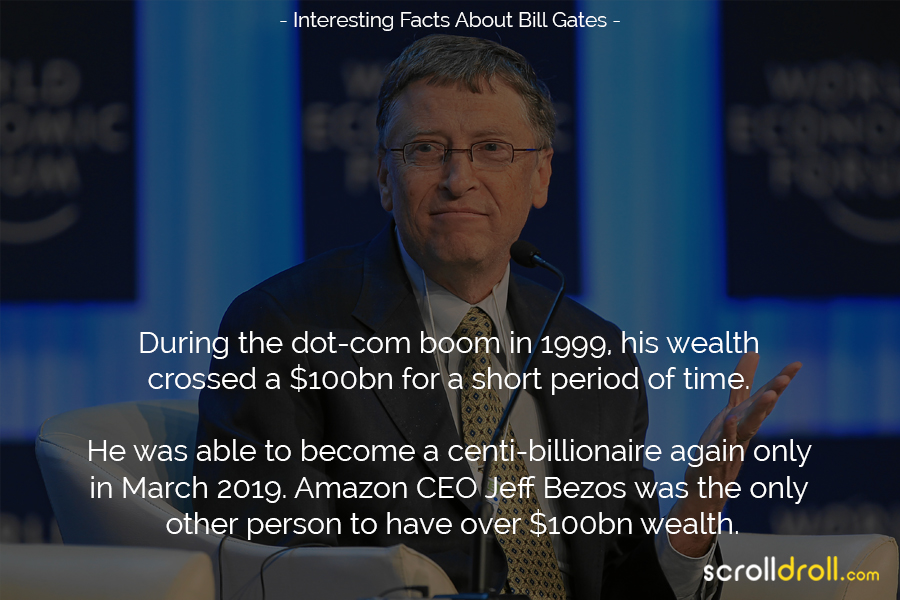 18. General Knowledge, check.
Gates was the single largest share holder of Microsoft till 2014. 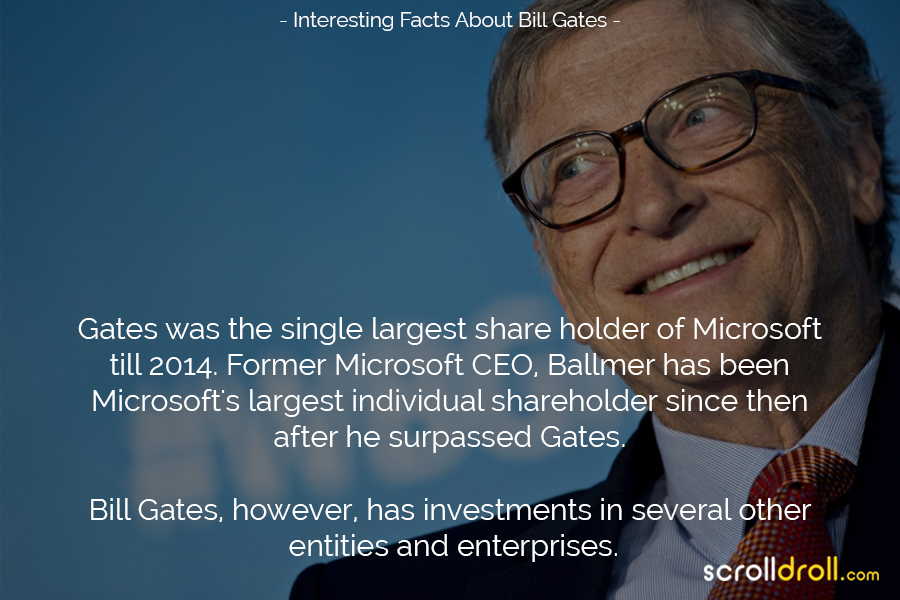 19. But destiny had other plans…
If not Microsoft, he would have worked for artificial intelligence. 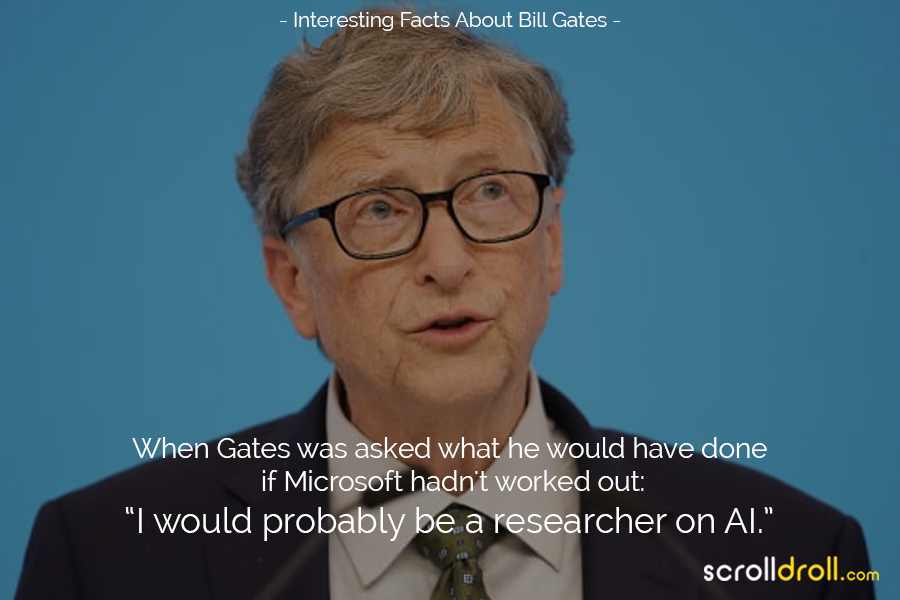 20. Sometimes you can support a cause and have some fun as well.
Bill Gates took the famous ALS #icebucketchallange of the 2014, he was nominated by Mark Zuckerberg. 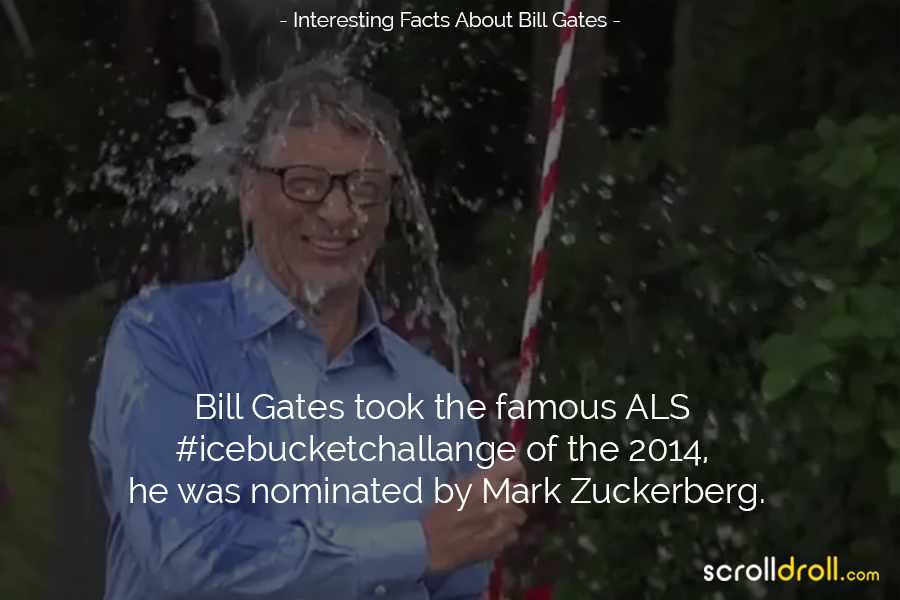 Bill Gates achievements  as an individual, entrepreneur, philanthropist seem impossible to achieve in a single life time. But, when you look closely, he was once just an ordinary man who  had the courage to follow his heart and accomplished extra ordinary mile stones in his life. He is one of those who choose their passion as their work and dare to take that extra mile instead of giving up.