It only seems like yesterday when the trailers of films like Jodhaa Akbar, Ghajini, Rab Ney Bana Di Jodi and Rock On!! hit our television screens and we looked forward to their release with great enthusiasm and excitement. This was back in 2008, and it has been 10 years since. We, ourselves can’t believe that it has been over a decade since we watched these films in the theatres. Here is a list of 10 Bollywood Films that are turning 10 in 2018. 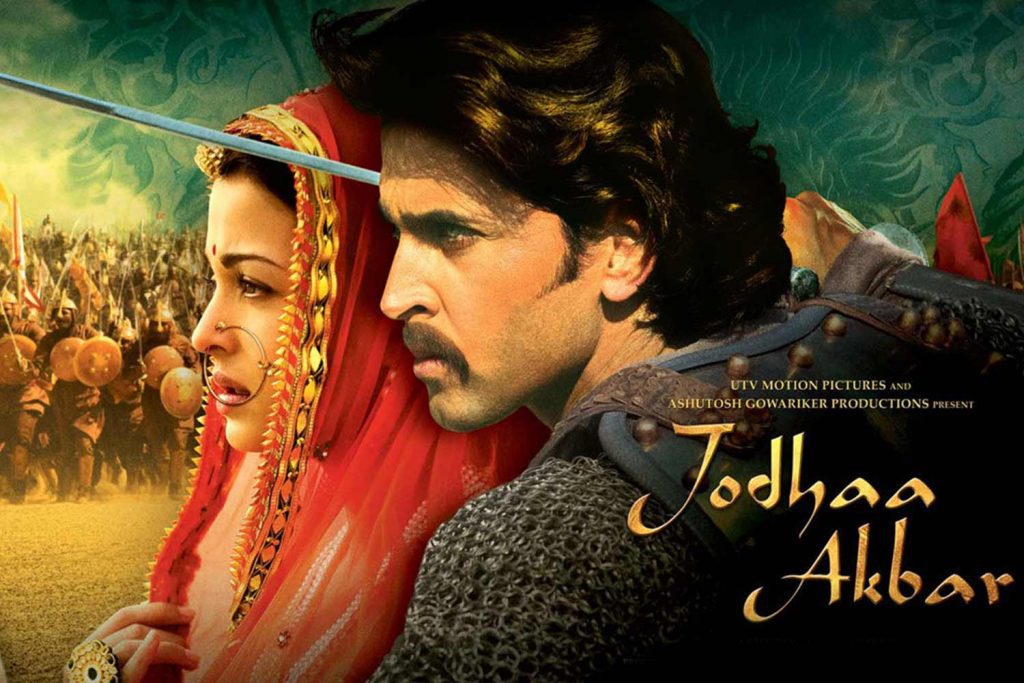 Ashutosh Gowariker’s historical drama, set in the backdrop of the Mughal Empire centred around the love story between Emperor Akbar (Hrithik Roshan) and Jodhaa (Aishwarya Rai). The Mughal empire wanted to take over the throne of Amer, and in a move to make peace, Raja Bharmal of Amer offered Jodhaa’s hand in marriage to the emperor Akbar. The story revolves around how Jodha and Akbar fall in love with each other. 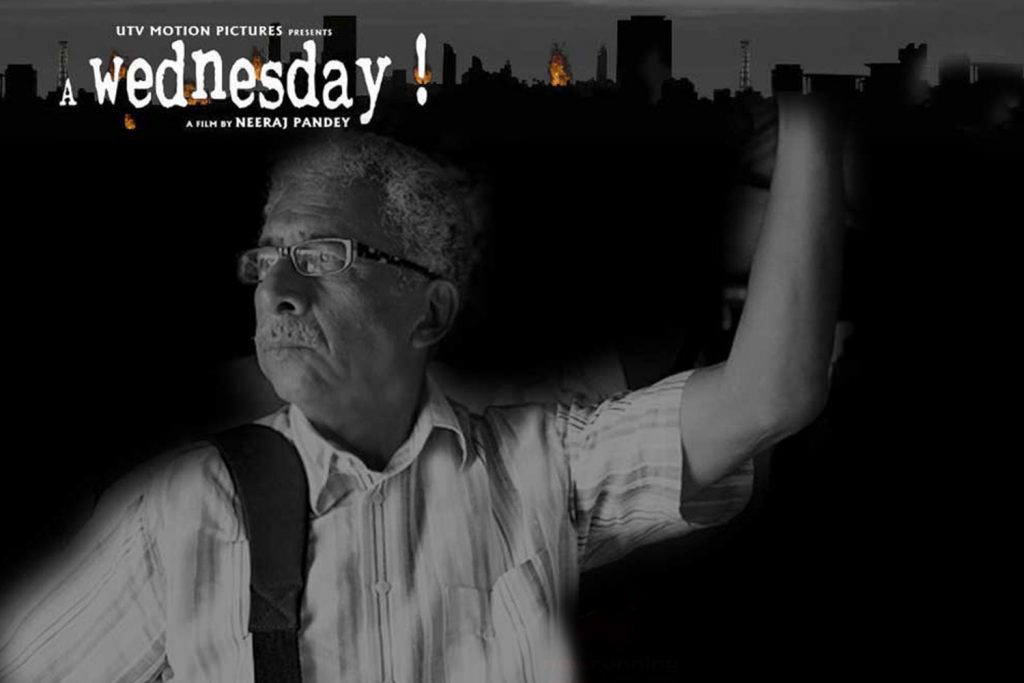 A Wednesday! proves, that you don’t need glam and glitter to make a good film

A low budget thriller, A Wednesday! grasped the attention of both critics and viewers. It stars Naseeruddin Shah and Anupam Kher in the lead roles. The acting is flawless and the twist at the end of the movie is totally worth it. There have been several remakes of the film with the most famous ones being Kamal Hassan’s Eeenadu (in Telegu) and Ben Kingsley’s A Common Man. 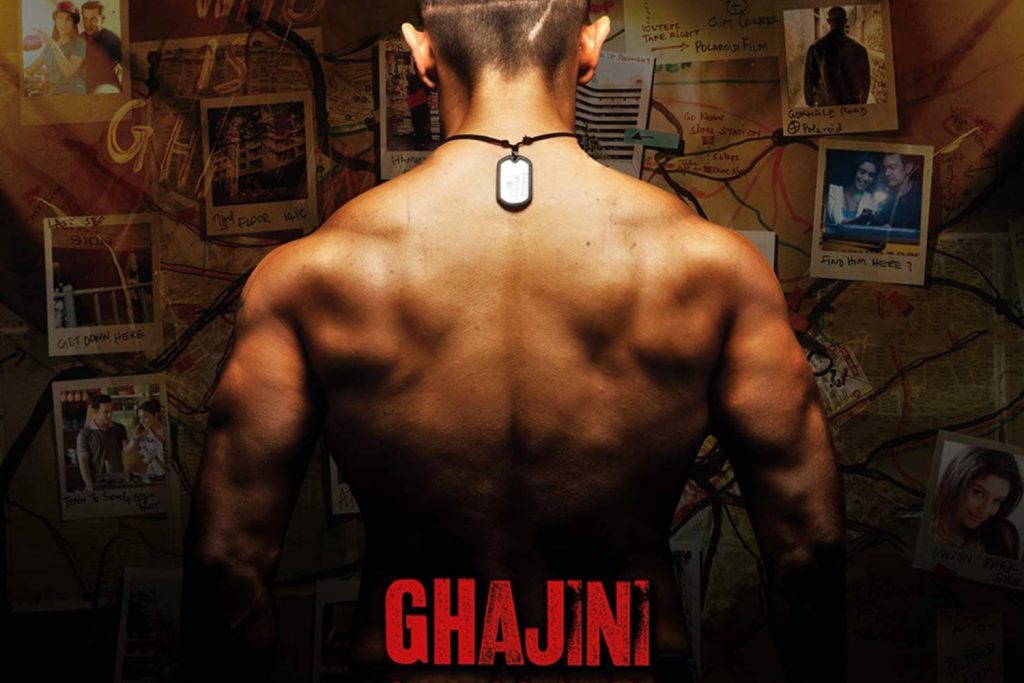 The Bollywood remake of the Nolan film Memento, Ghajini tracks the life and actions of Sanjay (Amir Khan) a retired businessman with short-term memory loss. Amir Khan’s flawless acting and six-pack abs were the centrepieces of this movie. Asin was cast opposite Amir Khan, and her character is murdered by the antagonist Ghajini. As the murder is committed, Ghajini also injures Sanjay leading to his memory disorder. The movie was a big hit and it has been remade into several regional language movies. 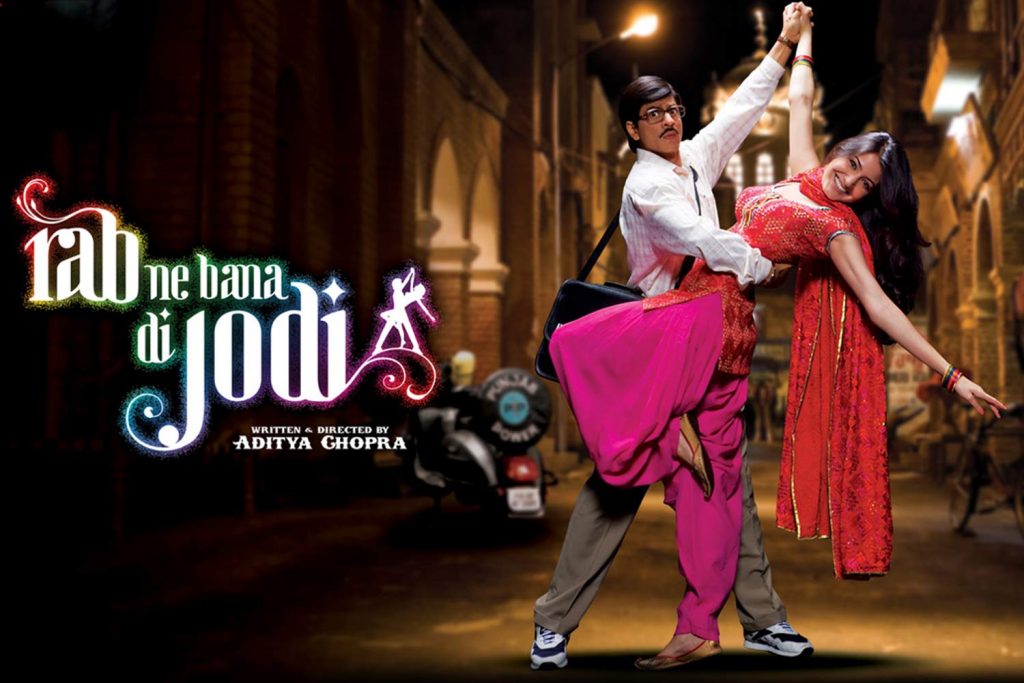 No one can romance better than our beloved King

Shahrukh Khan in a double role with Anushka Sharma playing his love interest, Rab Ne Bana Di Jodi is a romantic comedy. Shahrukh plays a soft-spoken and simple office clerk while Anushka plays a bubbly modern girl. The two characters get married and Surinder (Shahrukh) notices that his wife Taani (Anushka) is not as happy with him as she should be. He decides to change his look, to seem cooler in order to win over Taani’s heart. They enter a dance competition as Raj (Surinder in disguise) and Taani, and eventually, they end up winning and falling in love. 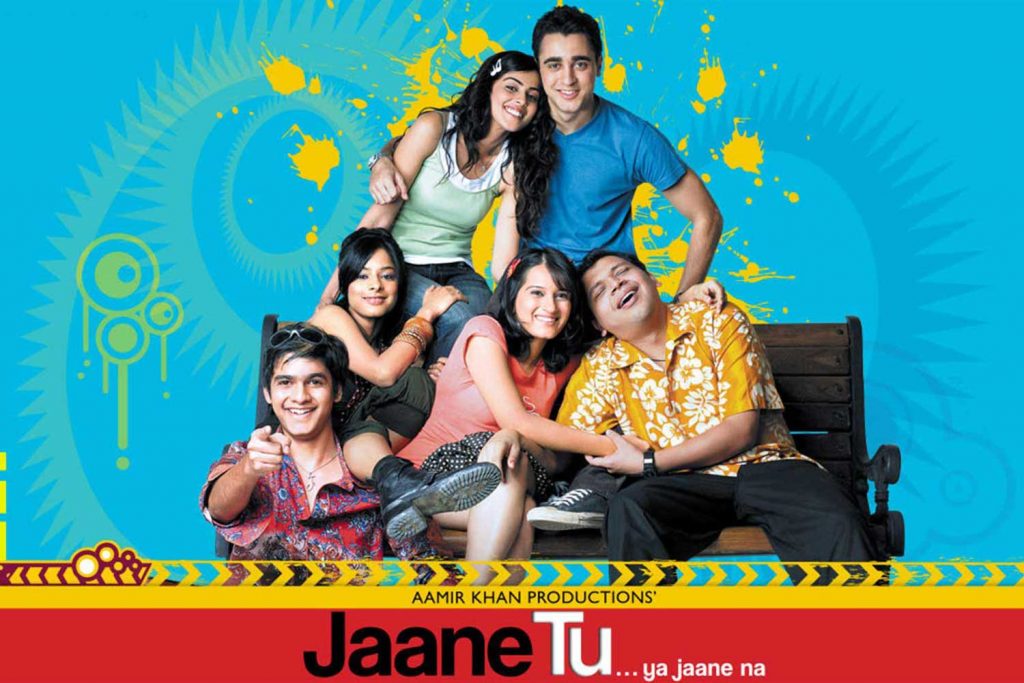 Imran Khan made his Bollywood debut with Jaane Tu… Ya Jaane Na, a coming of age romantic comedy film. The story revolves around Aditi (Genelia D’souza) and Jai (Imran Khan), who are supposed best friends. Jai falls in love with another girl and Aditi tries to get married to someone else, but both of them realise that they are in love with each other and at the end, it all ends on a happy note. The story is engaging and the humour is on point, which makes Jaane Tu… Ya Jaane Na an enjoyable watch. 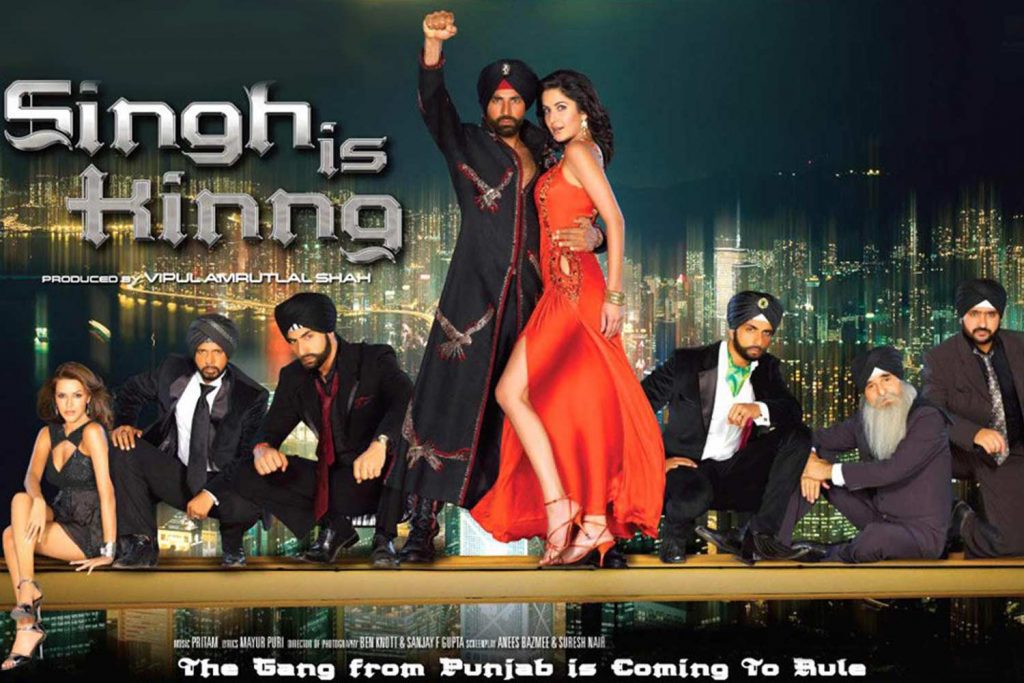 A laughter riot is exactly what this film is

Akshay Kumar plays the role of Happy Singh, a simpleton who tries to help everyone in the village but ends up breaking everything that comes in his path. To rid the village of Happy’s problematic presence the villagers persuade him to go to Sydney and to try and bring back Lakhan Singh, a fellow villager who becomes an underworld don. With insane comic timing and a hilarious plot, Singh is Kinng is one those few comedy films that can be watched over and over again. 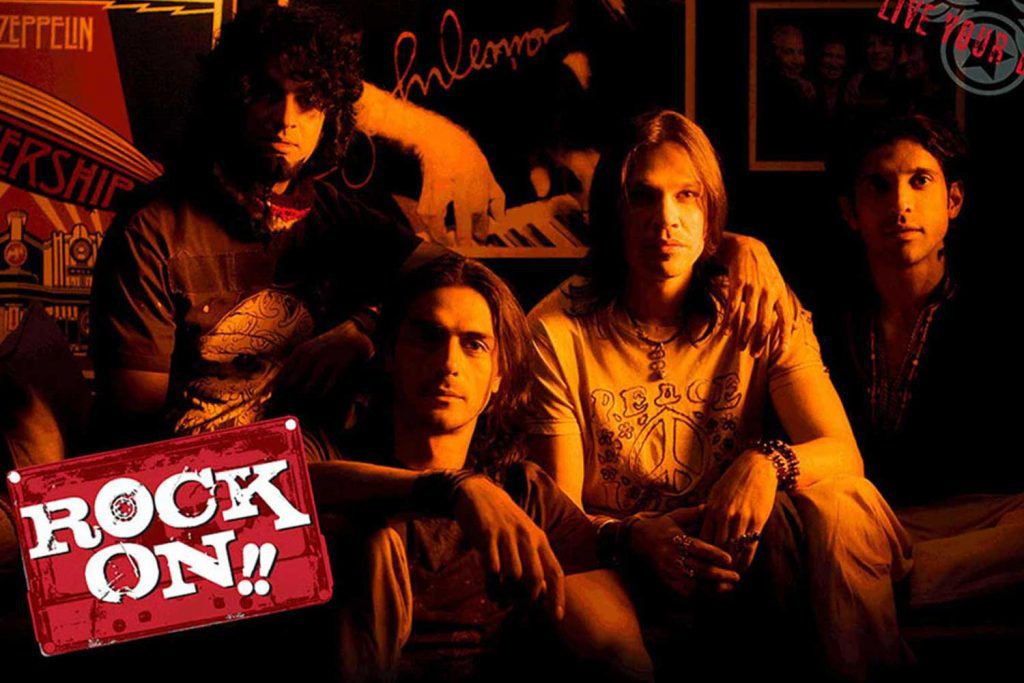 With Farhan Akhtar and Arjun Rampal in the lead, with Purav Kohli and Luke Kenny as members of the rock band called Magic. Set in the late 90’s and early 2000s Rock On!! is a musical drama film that traces the ups and downs of the band, Magik, and its members. The songs in this film are still heard at parties and find their places in many of our personal playlists. It also introduced us to Farhan Akhtar’s husky singing which seems to have won hearts around the world. 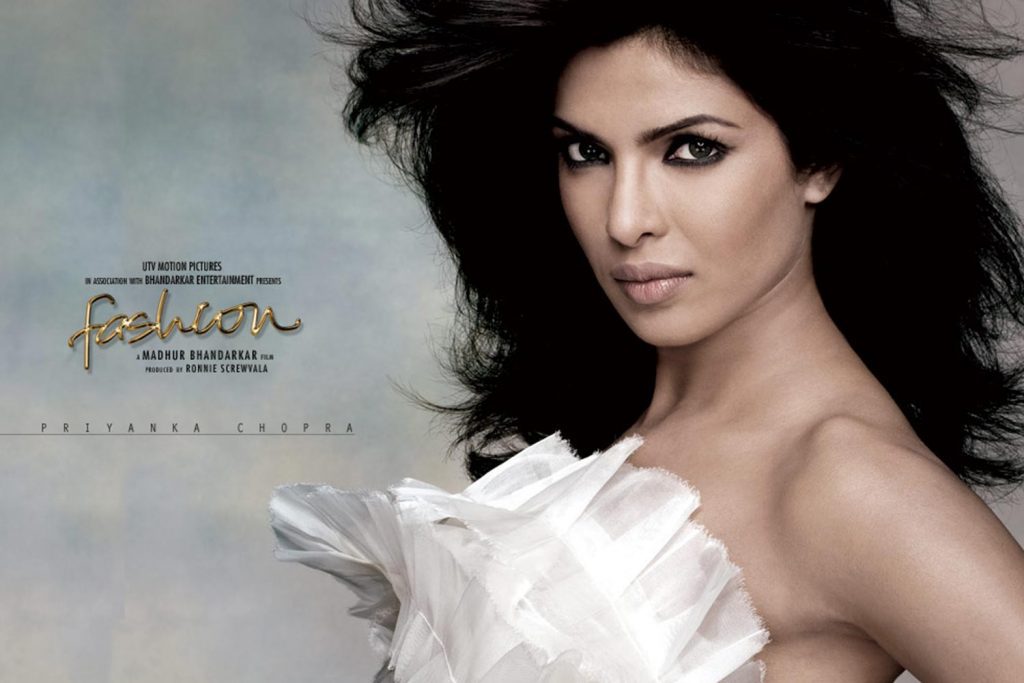 Fashion was literally the show stopper of the year 2008

Priyanka Chopra plays the role of a small-town girl turned supermodel in Fashion. Directed and produced by Madhur Bhandarkar, Fashion is a strong commentary on the modelling industry. The story revolves around the characters played by PC, Kangana Ranaut and Mughda Godse. It shows the dark underbelly of the industry which is filled with lies, drugs and sexual harassment. The film was a success at the Box Office and managed to gather positive reviews from both critics and the viewers. 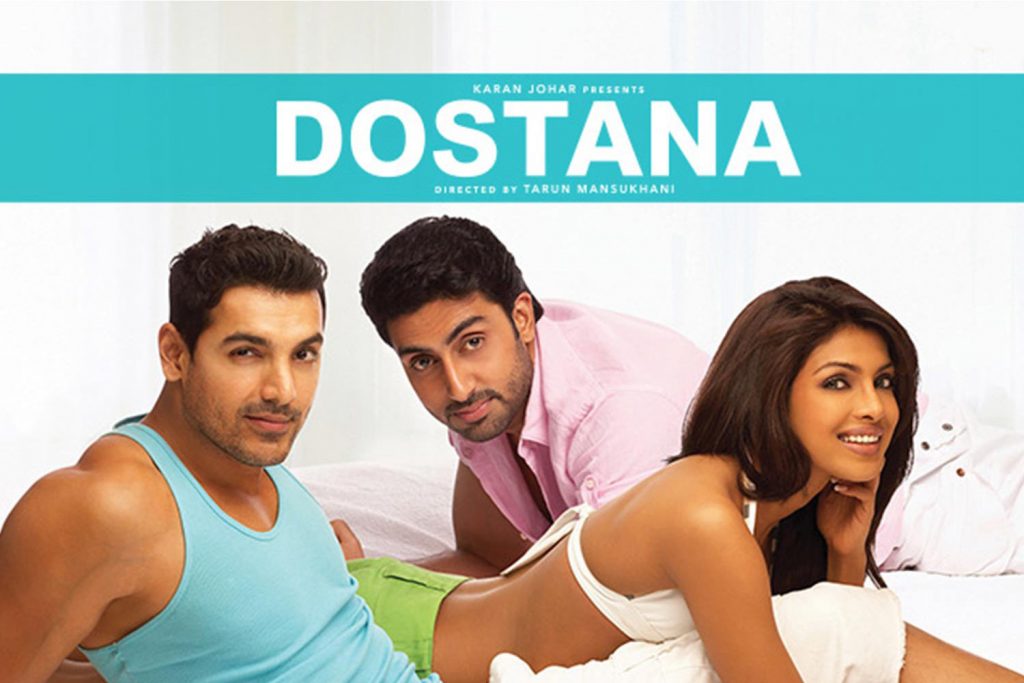 For a change, Bollywood did not disappoint

The first mainstream Indian film to be centred around the lives of two men who pose as homosexuals while looking for an apartment in Miami. Abhishek Bachchan (Sam) and John Abraham (Kunal) are in the lead, with Priyanka Chopra (Neha). The story is simple but it takes a cliched turn towards the end with the two men, falling for the same girl, Neha. Dostana is one of the few Indian films which has openly talked about homosexuality and portrayed non-stereotypical images of homosexuals. 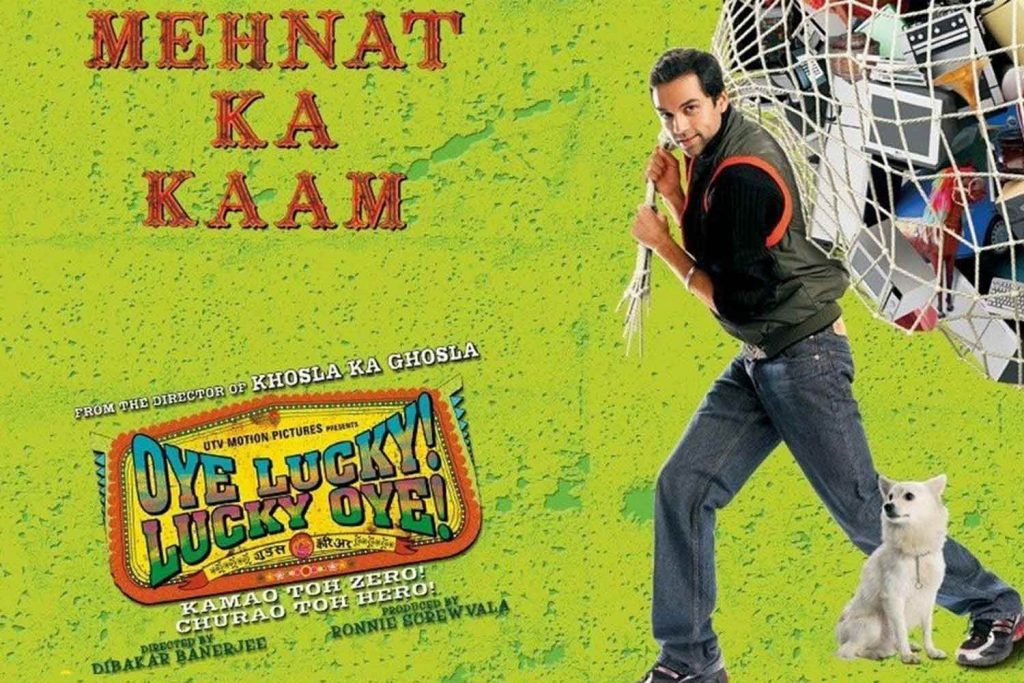 Lucky was probably the greatest robber in Bollywood

Abhay Deol’s National Award winning film Oye Lucky! Lucky Oye! was inspired by the real-life shenanigans of Devinder Singh aka Aunty, a real-life super burglar from Delhi. Abhay plays the titular Lucky, a charismatic young man who robs people not out of need but for fun. The film recounts the thievery that Lucky commits in different cities around the country when he is finally apprehended at the hands of Devender Singh (Paresh Rawal) a special branch inspector. The film is very interesting and the robberies that Lucky commits are very creative and innovative. It is a must watch for all.

All said and done, these films are now 10 years old. Ten years seem like a long time, but we are certain that you were awed by the news of some of these films being ten years old. Let us know what you think of the list and other films from 2008 which have turned 10 years old this year.

12 Bollywood Stars With Army Backgrounds We Didn’t Know About