For all movie buffs, we’ve compiled a list of major upcoming Bollywood films set to be released in 2022. We’ve compiled a list of all original Bollywood movies releasing in April 2022, as well as big-budget films and their key details. Some major South Indian films will be released in Hindi versions at the same time. The majority of these films were supposed to be released in 2020 or early 2021, but due to the covid-19 pandemic in India, filmmakers had to wait a long time and are now scrambling to find a suitable slot.

“Attack” is a Bollywood action thriller film that will be released in the near future. The film was written and directed by Lakshya Raj Anand, who made his Bollywood writing and directing debut with this film. The film will be released on April 1, 2022. In addition to producing the film, John Abraham also stars in it as the lead actor. The film’s other producers are Ajay Kapoor and Dheeraj Wadhawan. The film was co-produced by Yogendra Marge.

The lead actors in the film are John Abraham, Jacqueline Fernandez, and Rakul Preet Singh. Elham Ehsas, Amritpal Singh, Babrak Akbari, and Athar Siddiqui have all played pivotal roles in the film. 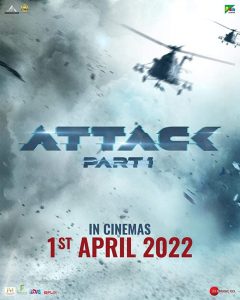 Kaun Pravin Tambe is a Hindi (Bollywood) Sports Biopic film in the works. On April 1, 2022, the film will be released directly on the OTT platform DisneyHotstar. The film is based on the true story of an Indian cricket player who debuted in the IPL (Indian Premier League) at the age of 41 when most cricketers retire. Kaun Pravin Tambe is directed by Jayprad Desai. Kaun Pravin Tambe was co-produced by Shital Bhatia and Sudip Tewari. The story and screenplay were written by Kiran Yadnyopavit.

Kaun Pravin Tambe is inspired by cricketer Pravin Tambe’s extraordinary journey. He was a right-handed leg spin bowler who wanted to be a fast bowler at first. Before making his biggest cricket league debut at the age of 41, Pravin Tambe had never played international or even first-class cricket. He can be described as a modern-day fable about an underdog who defied his fate and triumphed. 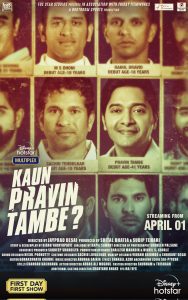 Dasvi is one of the Bollywood movies releasing in April 2022 and an upcoming social comedy film from Bollywood. Dasvi is a Hindi word that roughly translates to “tenth grade.” On April 7th, the film will be available on Netflix’s OTT platform. The film will be produced by Dinesh Vijan under his banner Maddock Films in collaboration with Bake My Cake Films. With this film, Tushar Jalota will make his Bollywood directorial debut.

The story follows the life of a powerful man. A few local issues have an impact on his image. Things take a new turn as a police officer is out to find the truth. Is she going to be able to figure out who the real bad guy is? 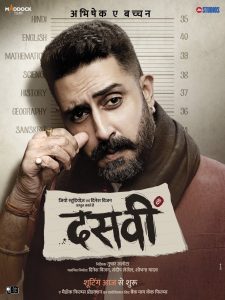 Jersey (2020) is one of the Bollywood movies releasing in April 2022 that is an official sports remake of the Telugu film of the same name released in 2019. Gowtham Tinnanuri, who also wrote and directed the Telugu version of Jersey in 2019, wrote and directed this film. The film was supposed to come out on December 31, 2021. However, due to an increase in Covid-19 cases, the release has been postponed. The next release date has yet to be announced by the producers. On April 14, 2022, the film will be released.

The story revolves around a cricket player who has reached the age when most cricketers retire. However, this man wishes to be a part of the Indian cricket team. The film depicts his feelings, struggles, and roadblocks as he pursues this near-impossible goal. 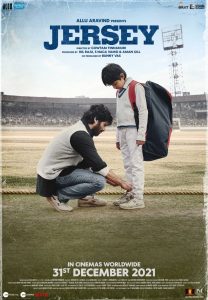 K.G.F: Chapter 2 is an upcoming Kannada language Action film. The film will also release in the dubbed version of Hindi, Tamil, Telugu, and Malayalam languages. The film is a sequel to the Kannada film KGF: Chapter 1, released in 2018. Chapter 1 was made on a budget of approximately Rs. 80 Crore. The film earned around Rs. 250 Crore on the Worldwide Box Office.

In Chapter 2, Prashanth Neel, who wrote and directed Chapter 1, reprises his role. KGF: Chapter 2 is produced by Vijay Kiragandur. He also worked on Chapter 1 as a producer. The music director is Ravi Basrur, who also composed the songs and the background score, and the cinematographer is Bhuvan Gowda. As Music Director and Cinematographer, respectively, they were also a part of Chapter 1.

“Salaar” is next among the Bollywood movies releasing in April 2022 that was shot in both Telugu and Kannada at the same time. In addition to English, the film will be released in Hindi, Malayalam, and Tamil. The film was produced by Vijay Kiragandur under the Hombale Films banner. Salaar was written and directed by Prashanth Neel, who is known for his work on KGF. The film’s music was produced by Ravi Basrur, and the cinematographer is Bhuvan Gowda. The film will be released on April 14, 2022.

The film stars South Superstar Prabhas and Shruti Haasan in the lead roles. Madhu Guruswamy plays a significant role in the film. 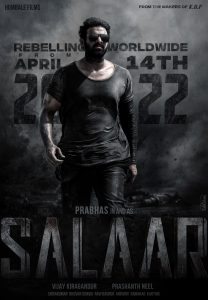 A happy relationship exists between a father and his daughter. They have a firm belief in the Almighty. They believe that God will come to their aid when they are in need. When Karma strikes and threatens to destroy the entire family, the loving father-daughter duo faces the wrath of destiny. The rest of the story revolves around whether or not God will save their family and their faith. 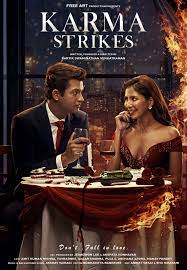 The Conversion is one of the next Bollywood movies releasing in April 2022. On April 22, 2022, the film will be released worldwide. The film was directed by Vinod Tiwari. Vinod Tiwari’s second directorial effort. In 2018, he made his Bollywood directorial debut with Teri Bhabhi Hai Pagle. The film was co-produced by Bhojraj Nawani, Raj Nostrum, and Vipul Patel. The film’s music was composed by Anamik Chauhan. The screenplay was written by Vandana Tiwari.

A love triangle is depicted in the conversion. The love story takes place in the Indian city of Banaras. Both the girl and the boy belong to different religions, which adds to the Love Jihad angle. 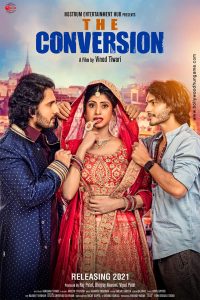 Runway 34 is a Bollywood thriller film that will be released on April 29, 2022. The film is directed by Ajay Devgn. Ajay Devgn Films, his production company, also produced the film. ‘MayDay’ was the original title of the film. The screenplay was written by Sandeep Kewlani and Aamil Keeyan Khan, who are making their Bollywood writing debut. With Jay Kanojiya, Husaini Hasnain, Kumar Mangat Pathak, and Tarlok Singh, Sandeep Kewlani co-produced the film.

Ajay Devgn portrayed a pilot in the film and played the lead role. In the film, Rakul Preet Singh plays the female lead. In the film, Amitabh Bachchan plays a pivotal role. In the film, Angira Dhar has been promoted to Co-Pilot. Supporting actors include Aakanksha Singh, Raghav Binani, Pulkit Kumar, Manmeet Singh, and YouTube sensation Carry Minati.

The film is based on true events and tells the story of some unsung heroes who are about to change the world’s fate. 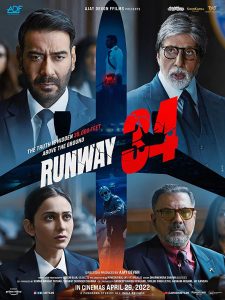 Heropanti 2 is one of the next Bollywood movies releasing in April 2022. Heropanti 2 is the follow-up to the 2014 film Heropanti. On April 29th, 2022, the film will be released in theatres. Heropanti 2 is directed by Ahmed Khan, a well-known choreographer. Heropanti 2 is produced by Qaisar Bukhsh (as Qaisar Bakhsh) and written by Rajat Arora.

The story revolves around a man who tries to assist needy people late at night. Bunty (Tiger Shroff) is the guy who comes to people’s aid at all hours of the night. It doesn’t matter if the crime is robbery, kidnapping, or something else. Bunty goes out of his way to help those in need. Bunty is discovered by the Indian government, who persuades him to go to Russia on a covert mission to kill Russian troops at night. However, things do not go according to plan, and the entire world believes Bunty is the Russian Troops’ commander. The rest of the story revolves around Bunty’s use of darkness to defeat his enemies and prove everyone wrong. 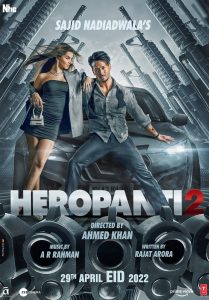 With that, we have come to the end of our list of Bollywood movies releasing in April 2022. Let us know the ones that you’re excited about.

Can Cricket Overtake Football to Become the World’s Most Popular Sport?