Bollywood has been known for remaking Hollywood movies with a desi touch. We at Scroll Droll tried to imagine what the cast of some of these movies would be like! While we found the perfect actors for some of these roles, some others were simply hilarious. But this is all in keeping with the Bollywood casting stereotypes in mind. Here is a list of some of the most popular movies of Hollywood. We reimagined these movies with a Bollywood cast. Read on to find out who they are!

Sallu Bhai is no match for Leonardo. That’s a fact. But here is a tragic love story. The chemistry that Salman and Aishwarya had in Hum Dil De Chuke Sanam would be perfect for a movie like Titanic. Aishwarya can definitely do a great job as Rose. And yes, Ajay Devgan would be the perfect Caledon Hockley, “Mujhe jhoot bardast nahi“. Lol. If Titanic is ever remade in Bollywood, I can definitely see Salman Khan singing “Tadap Tadap Ke” just as the ship starts sinking. 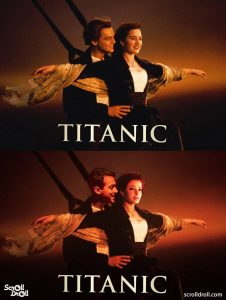 Uma Thurman’s iconic portrayal of the Bride in the Tarantino masterpiece can never be matched by any other actress. Although, it would be fun to watch Sushmita Sen trying to fill her shoes. 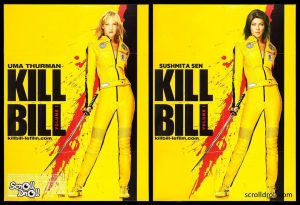 I can definitely see Imran Khan as Edward. This well-known rom-com actor has the little-explored vampire vibe to him. Alia Bhatt would make an amazing Bella with Varun Dhawan as Jacob. The Twilight series would have a talented set of actors in their cast for a change. Lol. 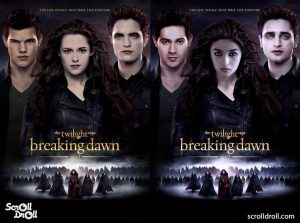 I could play safe and say no comments. But the joke is too vivid to be ignored! These two were born to play the roles of Tiffany and Pat. Can’t wait to watch the Bollywood remake of this movie starring these two. It would be crazy! 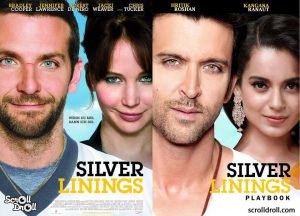 Akshay Kumar is the perfect choice for the role of Stu. His comic timing is unmatchable. The only replacement for Bradley Cooper as Phil is Hrithik Roshan. No one else can fill his shoes. And yes, that’s Pritam as Alan. I know it’s hilarious, but that’s the point, right? 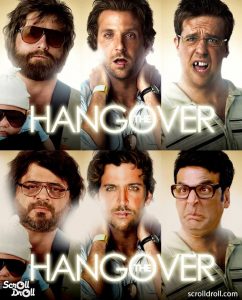 This Befikre couple would be the perfect choice for the Bollywood remake of Love & Other Drugs. They have this wild chemistry that cannot be matched by any other pair in Bollywood. The movie Befikre would actually be their audition tape for this movie. 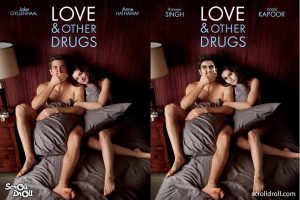 The Horrible Bosses series of movies are very popular in the comedy genre. For any comedy movie, not just Horrible Bosses, this would be the perfect cast. C’mon, Akshay Kumar, Abhishek Bachchan, Nana Patekar, Ritesh Deshmukh, John Abraham! Sugar, spice, and everything nice. 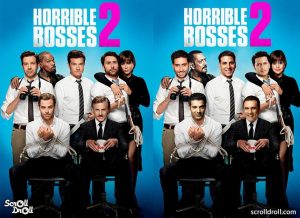 Russell Crowe won an academy award for his role as Maximus in this celebrated movie. It’s a story about power, vengeance, betrayal, and finally redemption. Akshay Kumar would do a good job if offered to play the role of Maximus in the Bollywood remake of this movie. He is the action king of Bollywood after all. 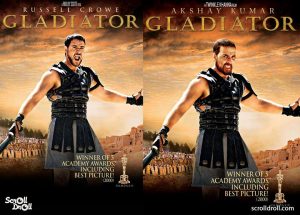 Their Angels for our angels. Lara Dutta, Bipasha Basu, and Shilpa Shetty would do a wonderful job reprising the characters of this very popular movie. It would be fun to watch them in these roles. 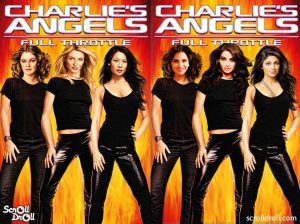 Rekha would do a far better job than Angelina Jolie in this Disney movie. It’s like the role was made for her. Just imagine her standing in front of the magic mirror and saying the famous line, “Mirror, mirror, on the wall, who’s the fairest of them all?” I just got goosebumps. 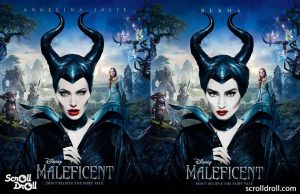 Kunal Kapoor would be the perfect choice for Hector. He has that physique, that charm, and the overall persona of a warrior. The entire Illiad war happened because Helen, the wife of Greek Agamemnon, was abducted by Paris, the prince of Troy. Although Helen is essential to the story, she doesn’t play much of a role so Sonam Kapoor it is. Sushant Singh Rajput would shine as Paris, the charmer. Salman Khan would be Achilles because we all want that arrow to hit his heels. LOL. 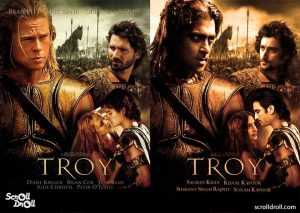 Sherlock Holmes is one of the most famous fictional characters ever! Irfan Khan would do a far better job than Robert Downey Jr. in this movie. There is no questioning this man’s talents. He would kill it in the role of Holmes. His questioning eyes, his detective demeanor, he even has a nose like Holmes, all pointed. This role is made for him. 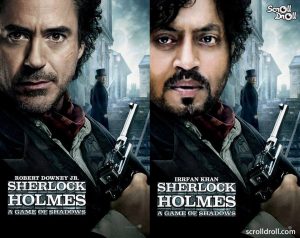 This power couple would kill it in the roles of Mr. and Mrs. Smith. Be it the sizzling chemistry, the romance, or the action, these two are talented enough to shine through it all. Deepika Padukone and Ranveer Singh- 1, Angeline Jolie and Brad Pitt- 0. 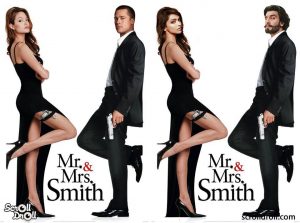 We definitely had fun creating this list, we hope that you had fun reading it too! Also that it wasn’t too harsh for your eyes and soul. Do you agree with our picks for the Bollywood cast in popular Hollywood movies? Which of these actors do you think need to be replaced with some other? Do let us know in the comments section.