After Jack Dorsey stepped down as the CEO of Twitter, Parag Agrawal took over the role, and has since been the talk of the town. However, Parag is only the latest addition to a growing list of Indian techies who are now major players in the booming American technology market. Be it Sundar Pichai from Google, or Shantanu Narayen from Adobe, it seems like immigrant Indians have learnt to hold their own in the west. Here are 9 major tech CEOs of Indian origin you should know about!

Sundar Pichai, who was born in Madurai, Tamil Nadu, is without a doubt one of India’s most successful businesspeople. He is the CEO of Alphabet Inc, which manages Google, the most visited website on the planet. Pichai graduated from IIT Kharagpur with a BTech in Metallurgical Engineering. He then earned an M.S. in materials science from Stanford University and an MBA from the University of Pennsylvania’s Wharton School. Pichai has worked on several significant Google products over his 17-year tenure, including Google Chrome, Chrome OS, Google Drive, Gmail, and Google Maps. 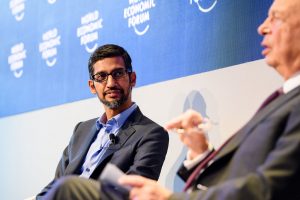 Satya Nadella is an Indian-born American business executive who became the CEO of Microsoft in 2014. Born in Hyderabad in a Telugu-speaking family, Nadella’s mother was a Sanskrit lecturer while his father was an IAS officer. He earned his BTech in electrical engineering from Manipal Institute of Technology in 1988 and then moved to the USA where he received his M.S. in computer science at the University of Wisconsin-Milwaukee. He later also got an MBA from the University of Chicago Booth School of Business in 1997. Nadella joined Microsoft in 1992, where he led several key projects. He has been credited with leading Microsoft’s move to cloud computing. 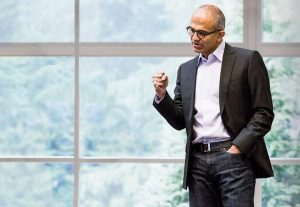 Born in Ajmer in Rajasthan, Parag Agrawal became the latest entry to the growing list of Indian techies in key positions in a major American tech company. As a young student, Parag had won the gold medal at the 2001 International Physics Olympiad. He also secured an AIR of 77 in JEE 2000, and went on to receive his B.Tech from the prestigious IIT Bombay in 2005. He moved to the USA to pursue a PhD in computer science from Stanford University. Agrawal joined Twitter in 2011, and was made Chief Technology Officer in 2017. 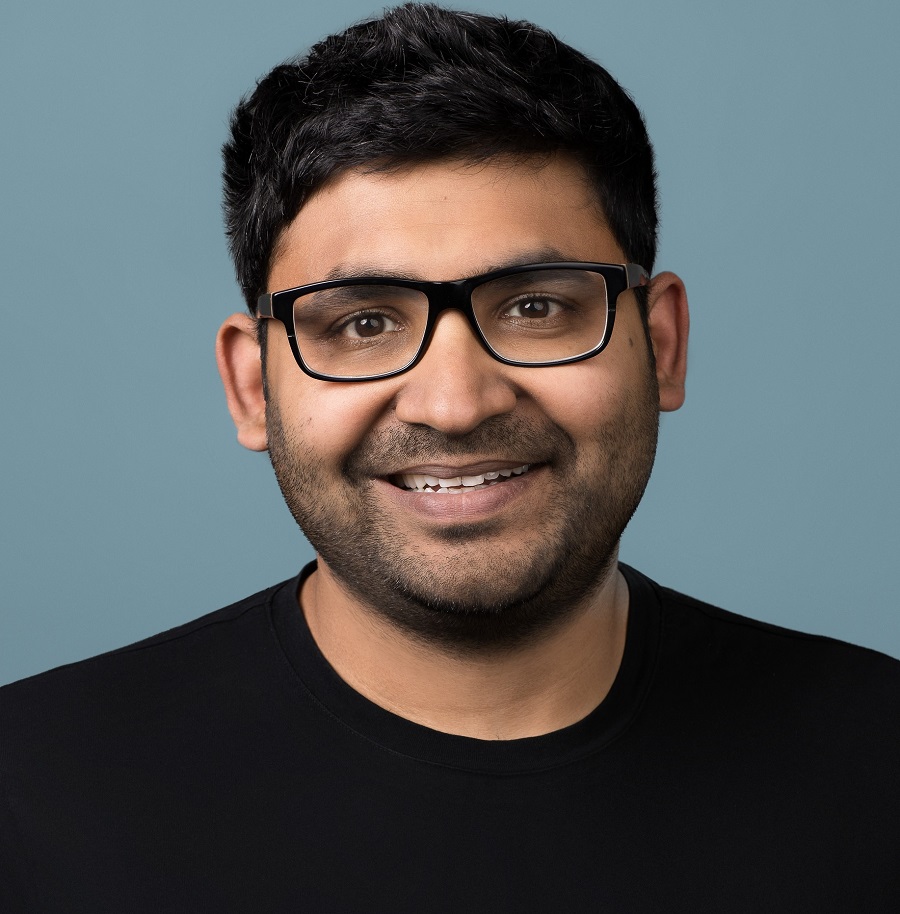 Born in West Godavari district in Andhra Pradesh, Arvind Krishna is an Indian-American business executive. Krishna received his B.Tech in electrical engineering from IIT Kanpur in 1985. He moved to the US to earn a PhD in electrical engineering from the University of Illinois in 1991. He joined IBM in 1990 at IBM’s Thomas J. Watson Research Center and continued to work there for 18 years until 2009. He then became the General Manager in Information management software and systems, a role he held until becoming the senior vice president of IBM Research in 2015. He was appointed IBM’s CEO in January 2020, joining a growing league of CEOs of Indian origin in the American tech world. 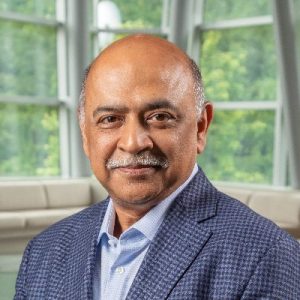 Born in Pune, India, Ajay Singh Banga received a BA in Economics from St. Stephen’s College, Delhi University, and then an MBA from IIM Ahmedabad. He began a career in business working at Nestle in 1981, where he continued to work for the next 13 years. He then joined PepsiCo, and helped launch international fast food franchises in India after the liberalisation of the Indian economy in the early 90s. Banga served as president and CEO of Mastercard from July 2010 until December 31, 2020. He currently holds the position of executive Chairman at Mastercard, and is set to retire by the end of 2021. 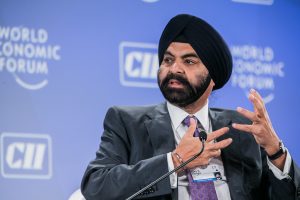 Born in Detroit to Indian immigrants, Anjali Sud grew up in Flint, Michigan. She graduated from Wharton School of the University of Pennsylvania with a B.Sc. in Finance and Management in 2005, and then received her MBA from the prestigious Harvard Business School in 2011. Before joining Vimeo in 2014, Sud had worked in various fields including finance and e-commerce. At Vimeo, she started as the Head of Global Marketing, and then went on to serve as the General Manager of Vimeo’s core creator business. She became CEO in 2017, overseeing important acquisitions like that of Livestream and Magisto. In 2018, she was named in Fortune’s 40 under 40 rising business leaders. 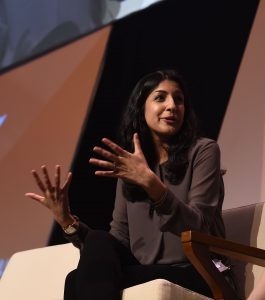 Born in London and raised in Delhi, Jayshree Ullal received her B.S. in engineering (electrical) from San Francisco State University. She then earned her master’s degree in engineering management from Santa Clara university. Ullal began her career at Advanced Micro Devices (AMD) and Fairchild Semiconductor. Before joining Crescendo Communications, she was director of internetworking products at Ungermann-Bass. After Cisco’s acquisition of Crescendo, Ullal oversaw 20 mergers and acquisitions for the company, which was valued at $5 billion in 2000. In 2008, she was named CEO and President of Arista Networks, a cloud networking company located in Santa Clara, California. For her work at Arista Networks, she was named “one of the top five most influential people in networking today” by Forbes magazine. 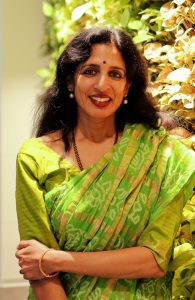 Born in Ghaziabad, Nikesh received his B.Tech from IIT BHU in electrical engineering. He then got an MBA from Northeastern University. Arora joined Google in 2004, where he held several leadership roles, including VP, Europe Operations from 2004 to 2007, President, Europe, Middle East and Africa from 2007 to 2009. He then served as Senior Vice President and Chief Business Officer of Google Inc from January 2011 to July 2014. He then was appointed as the President and COO of SoftBank Corp before joining Palo Alto Networks as the CEO in 2018. 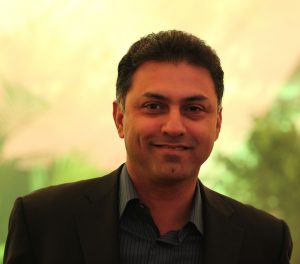 Born in Hyderabad in a Telugu speaking family, Shantanu Narayan earned his B.Tech in electronics and communication engineering from University College of Engineering, Osmania University in Hyderabad. He then received a Master’s degree in computer science from Bowling Green State University in Ohio, and then an MBA from Haas School of Business, University of California, Berkeley. He started his career working in a Silicon Valley start-up called Measurex Automation Systems, then moved to Apple, where he worked from 1989 to 1995. In 1996 he co-founded Pictra inc, a company that spearheaded the technology for photo sharing over the internet. Narayen then joined Adobe in 1998 as senior vice-president of worldwide product development. He was appointed President and COO in 2005, and became CEO in 2007. 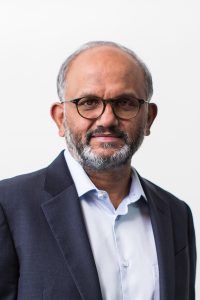 If you liked our list of major tech CEOs of Indian origin, check out the rest of Scrolldroll for more such articles!