On the banks of river Berach lies the Chittorgarh city of Rajasthan that has been an epitome of valor and courage since time immemorial. Home to the gigantic Chittorgarh Fort, the city has been named after its most striking structure. The city served as the capital for Sisodia clan of Rajputs for many years and has many legendary tales up its sleeves. 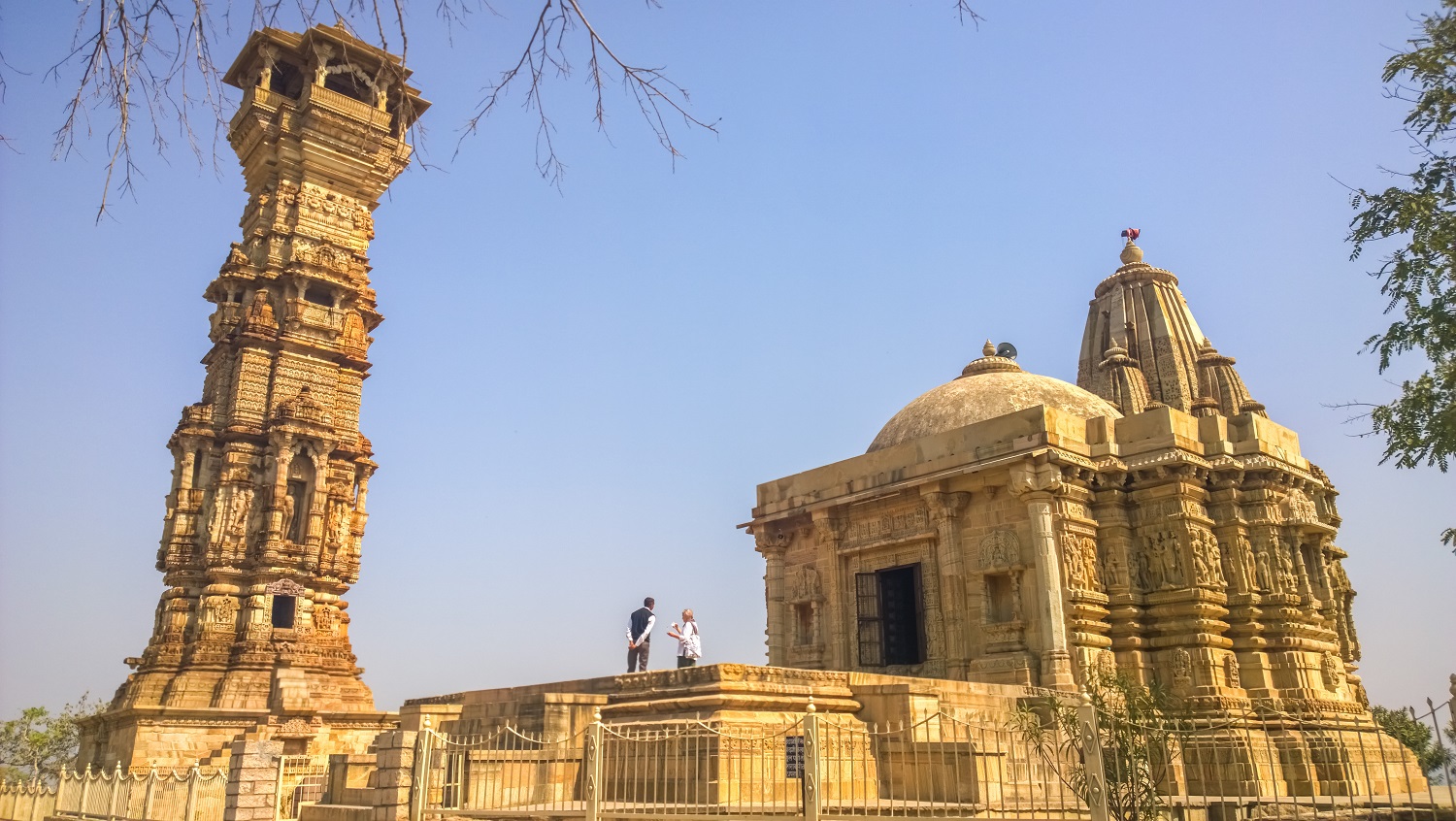 Chittorgarh city and its mighty fort are the exemplifications of Rajput bravery, courage, and sacrifice. The magnificent Chittorgarh fort, which is spread in an area of 700 acres, watches over the city. Not only is the fort the most noticeable feature of the city, the most popular legends associated with the city are about the fort.
Built between the 5th and the 8th century by the Mauryas, Chittorgarh fort was conquered by Bappa Rawal in 734. This conquest was followed by a series of Rajput and Gujarati rulers coming and going for the next eight centuries. Also, the regular attacks by Muslim rulers on the fort cannot be forgotten. The effect of being under the rule of numerous rulers is very evident in the architecture of the fort. A mix of Hindu, Muslim and Jain construction can be found at various places in the building.

A part of the desert state of India, Chittorgarh also experiences a dry and arid climate during the major part of the year. Summer, which lasts from April to June, are extremely hot. The average temperature during these months varies between 23 and 43 degrees. The winter season starts from October and lasts till February. The temperature during this season varies between 11 and 28 degrees. During the monsoon months—June to August—the city receives moderate rainfall.

Things to See & Do In Chittorgarh

Chittorgarh is all about sightseeing. A day-trip from Udaipur is enough to cover all the important locations in the city. Once in Chittorgarh, it is an easy drive to the fort. You can also hire an auto from the market which will cost anywhere between Rs. 150 and Rs. 200 for 3 hours of sightseeing. For the less bumpy ride, hire a taxi which will cost about Rs. 1200 for 3 hours.

The fort has many legends associated with it. One of the most popular amongst them is of Rani Padmavati, who chose Jauhar (self-immolation) over being held captive by Muslim invader Alauddin Khilji. Rani Padmini’s palace finds a very special in the fort. Placed right in the middle of a lotus pond, the palace was built in such a way that the queen could feel cool during summers. According to widespread belief, this is the place where Alauddin Khilji saw the reflection of Padmavati in a mirror, after which he decided to invade the fort, defeat her husband Ratan Singh and win Rani Padmavati. Despite all the finesse with the architecture, there is a perpetual sadness that can be felt in the fort. Considering its gory past, some people also believe that the fort is haunted by the spirits of the women who performed self-immolation there.

The modern side of Chittorgarh has no places that can attract tourists, except for this Dargah. The 85-year old marble structure located right in the center of the main market attracts several tourists. Its tranquility and calmness make the Dargah worth a visit.

It is always recommended that you plan a trip to these parts of Rajasthan only when the weather is right. To make the most of your trip, during the monsoon or during the winter season. Anytime between October and February is great to plan a trip. Summer months should be avoided completely.