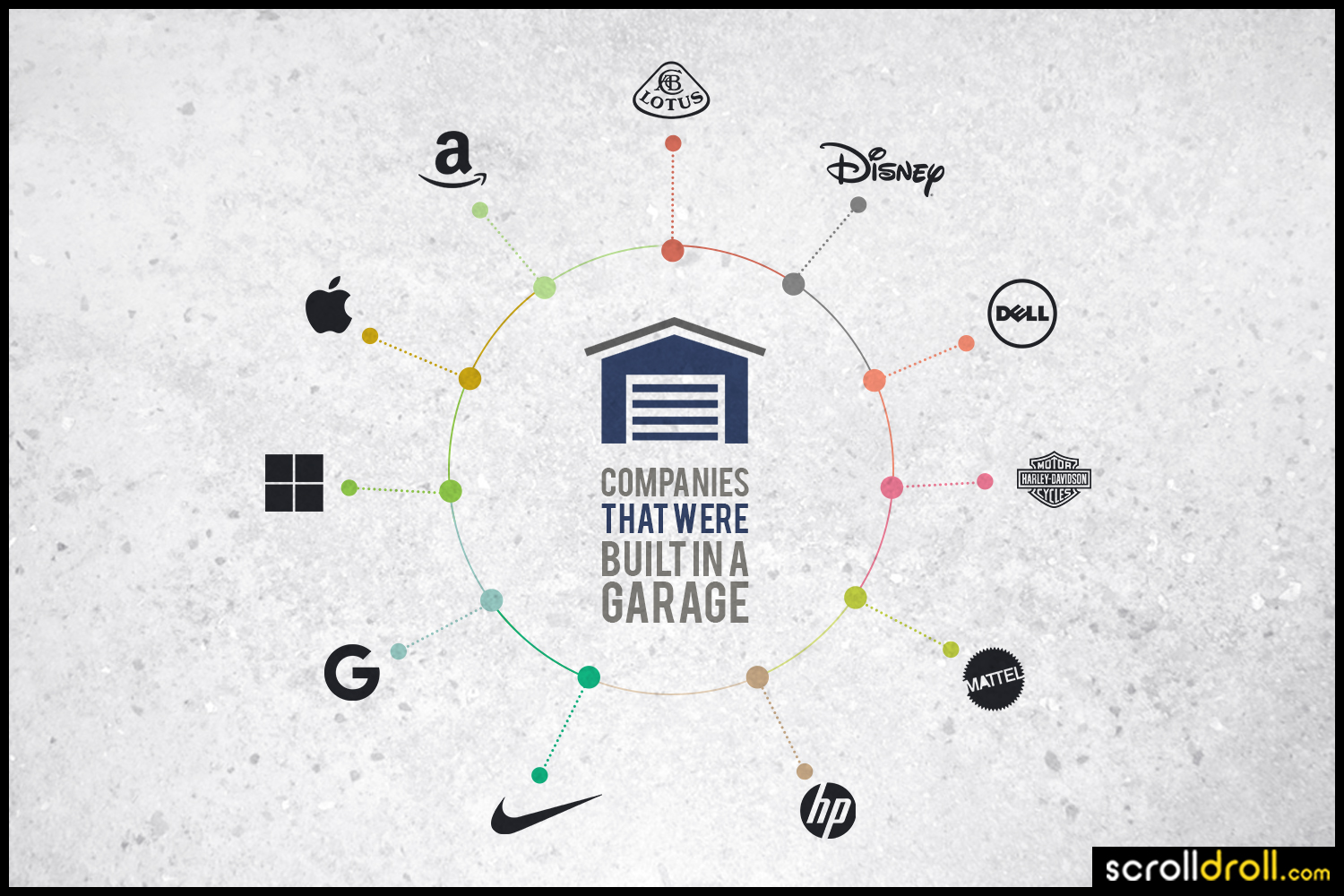 Apple – Apple started in 1976 when Steve Jobs’ partner Steve Wozniak designed the first Apple I Computer for $500. When they got their first order for 50 computers, Jobs and Wozniak got together in Jobs’ parents’ garage in Cupertino, California.

Disney – Walt Disney and his brother Roy started filming Alice Comedies, part of Alice in Wonderland in their uncle’s garage in Los Angeles in 1923.

Harley Davidson – William Harley, who always wanted to design a motorcycle got together with his childhood friend Arthur Davidson built their motorcycle in a wooden shed at Milwaukee, Wisconsin.

Mattel – Mattel, whose famous product Barrie Doll, was started in a garage by Harold Matson and Elliot and Ruth Handler in a garage in Southern California.

HP– With help from Disney, HP began their journey in a garage as well. Will Hewlett and Dave Packard started their company in Packard’s garage in Palo Alto, California. Their first product, an audio oscillator was ordered to them by Walt Disney.

Nike – This sport shoe giant was started in a place smaller than a garage, in the trunk of a car. The creators Bill Bowerman and Philip Knight sold the shoes from the trunk of their car.

Amazon – Jeff Bezos, the founder of the largest online marketplace started the company in 1994 from his home garage in Bellevue, Washington.

Every new company has to begin somewhere. Let space never be an excuse!