The music scene in India is largely dominated by Bollywood music. We know that sometimes it can get a lil irritating, but we have the cure to it. Music festivals organised at different corners of the country! We bring you a list of festivals from the north to the west to the south to the east and northeastern parts of the country. Here are the 11 Coolest Music Festivals in India.

Also check out the riyadh events for agencies that can organize festivals and electrifying events. 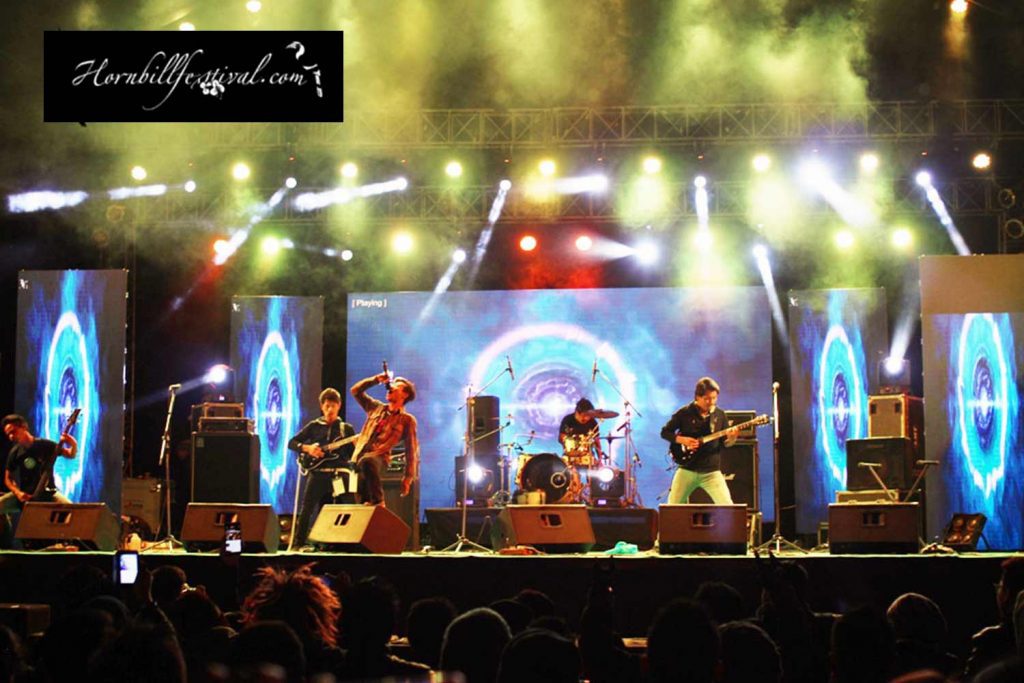 The pride of Nagaland, Hornbill Festival attracts visitors from around the globe. It is generally held at the end of the year between 1st and 10th December. The festival is named after the Indian hornbill, a large and colourful forest bird depicted in the folklore of several Naga tribes. The Festival is held at the Naga-Heritage Village near Kohima. The main attraction of the festival is the Hornbill International Music Festival and Rock Contest which was organised at Dimapur in 2017. Several well-known bands from the country, like Soulmate, Slain and Gingerfeet have headlined the festival over the years. 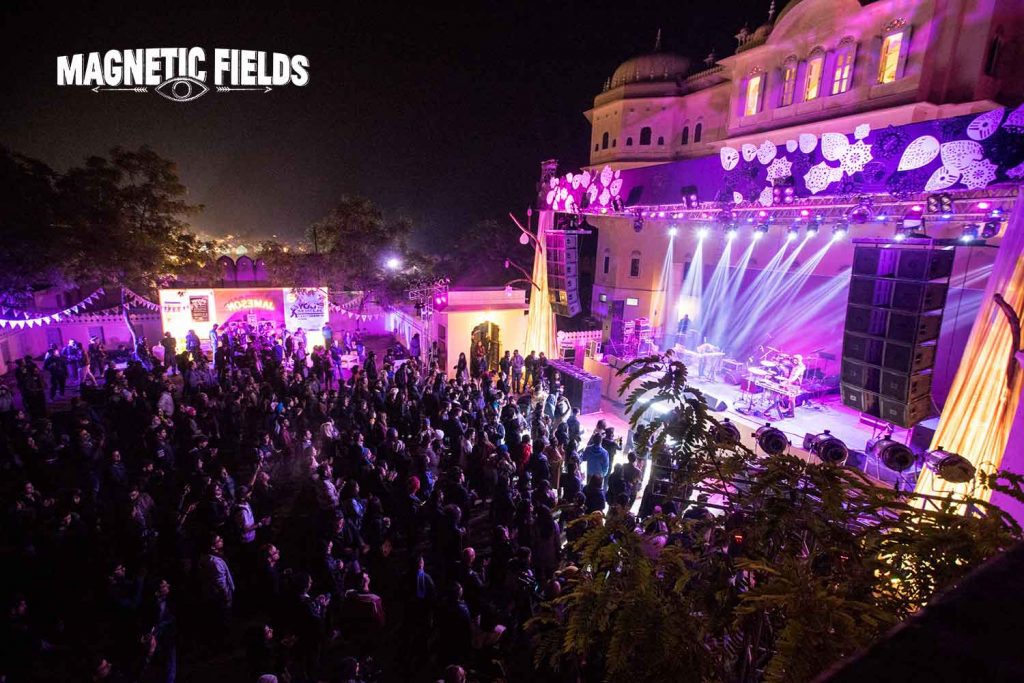 One of the most vibrant desert festivals in the entire Asian region, the Magnetic Fields Music Festival has garnered an almost cult-like status. It is organised at the Alsisar Mahal in Rajasthan, in the month of December. With internationally acclaimed artist setting the stage on fire with their electrifying stage presence, the festival has found its place among music aficionados in the country. From Monica Dogra’s hyper-lit performance to the mystic-beats produced by DJs like Mala and lo-fi ambient-music by Nicholson; there is something for everyone in the Magnetic Fields. 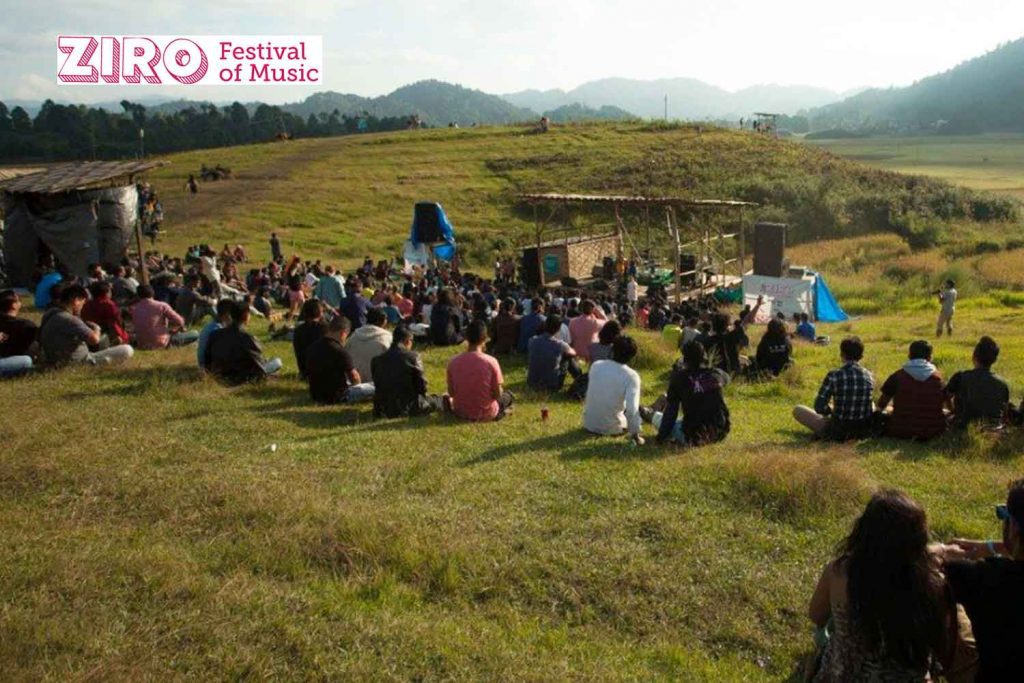 Located in the lush valley of the Subansiri district of Arunachal Pradesh, Ziro Valley hosts one of the most well known and respected music festivals in the entire Northeast. The festival is probably the best stage for the dying indie music scene and attracts fans of the genre in large numbers. Ziro Festival of Music stands apart from all other music festivals; here every stranger is a friend; every artist is an equal audience as much as the rest in a mix with nature, tradition and culture. This is not merely a music festival but a journey, and an experience to live together for 4 days as a family amidst the soulful music, food, culture and the nature. 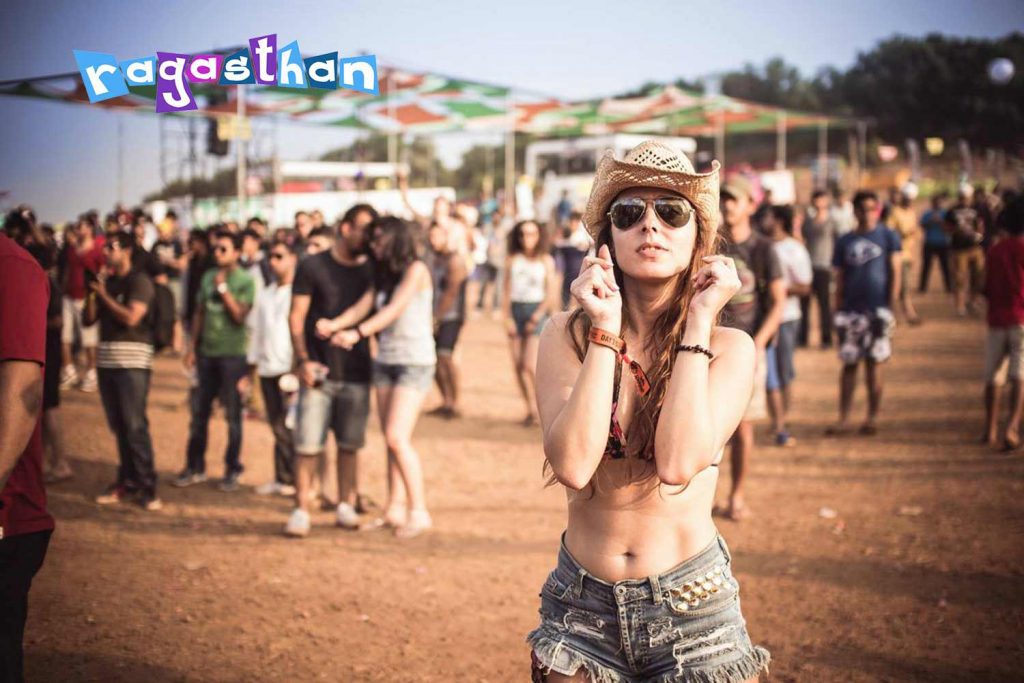 This vibrant festival transforms the deserts of Rajasthan into a magical multi-hued camping site with music, art, cinema, culture taking centre stage against the backdrop of sand dunes of Jaisalmer. Ragasthan serves people exactly what they come looking for, an enchanting aura and an ambience you never want to leave. Spread across the golden sands of the Thar, the Magnetic Fields breathes a gust of freshness into the desert. The festival has an eco-friendly outlook and the organisers banned plastic water bottles. 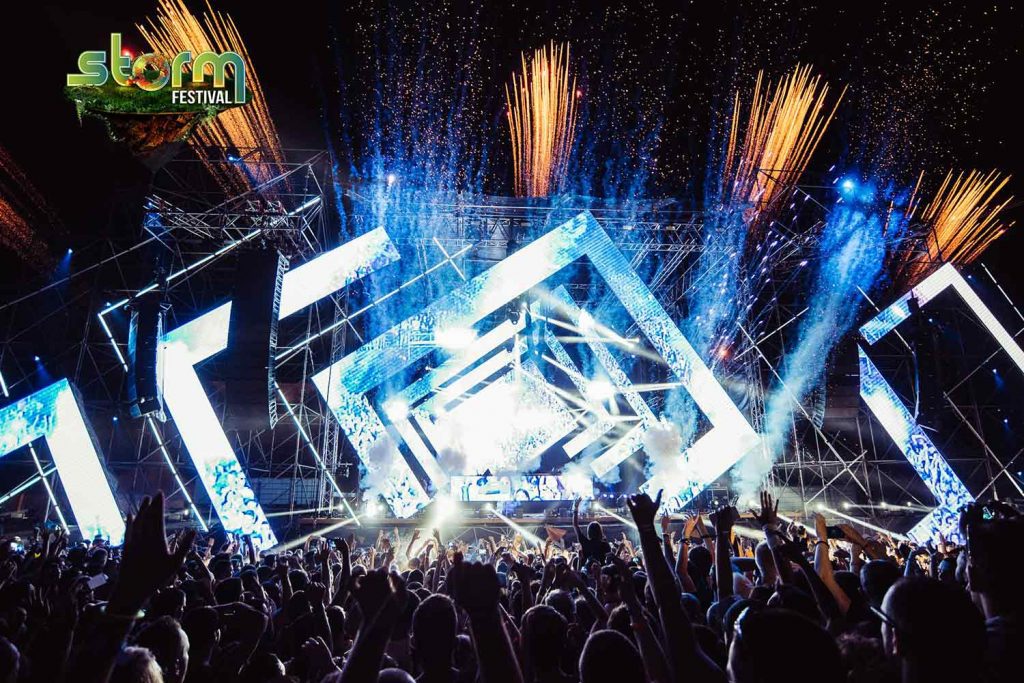 Regarded as India’s most authentic camp-out festival, Storm Music Festival is a three-day long festival that witnesses some of the greatest Indian artists and bands. You also get to camp outdoor in tents for three whole days of the festival. The festival celebrates music genres from folk, indie and non-mainstream pop to electronic dance. Its organised on the outskirts of Bangalore at the end of January every year. On the whole, it is not just about the music but being held on countless acres of lush lands outside Bangalore, it has upped its game to make for a more comfortable and open experience for campers and travellers. 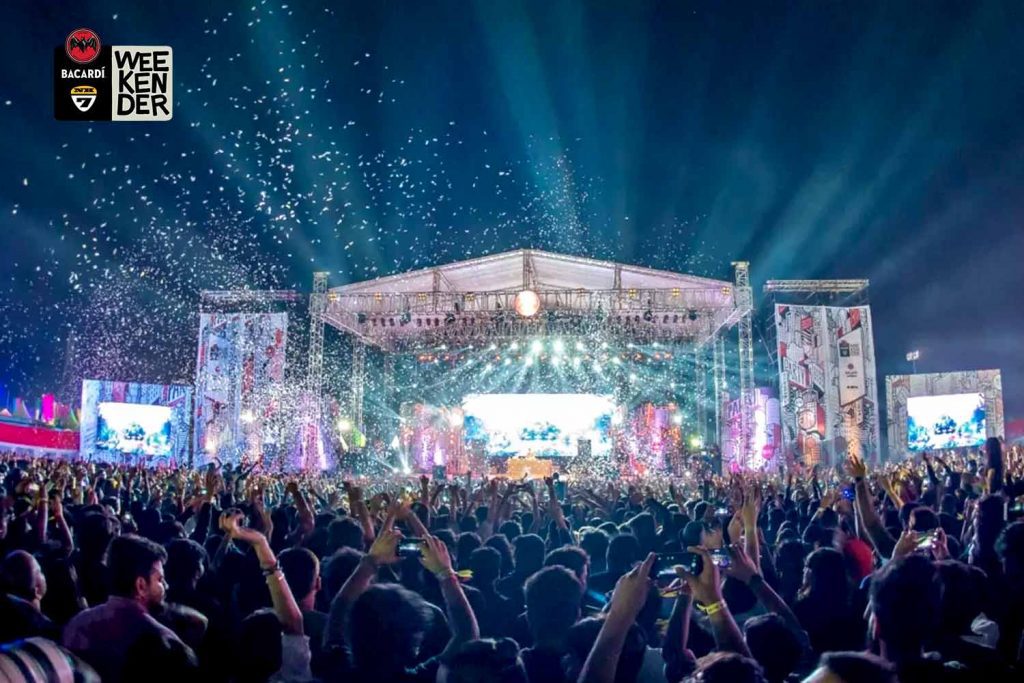 It is probably India’s most widely popular music fest and it is held annually, in 4 different cities at different times in the year. Delhi, Pune, Shillong, Bengaluru and Kolkata. 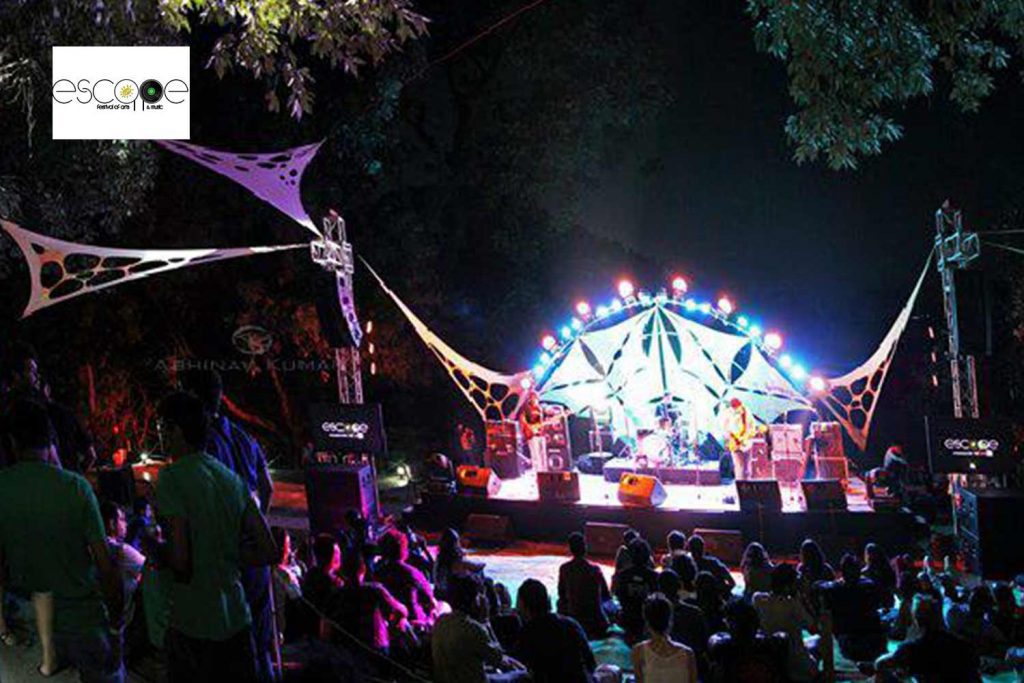 Escape is a three-day fest that promises to take you away from the mundane. It is a celebration of art and music held at the Lake Resort, Naukuchiatal in Uttarakhand. This creative retreat features bands, artists, writers, photographers, painters, graffiti artists, performance artists, tattoo artists and potters in a melange of talent and in the presence of a vibrant flea market. 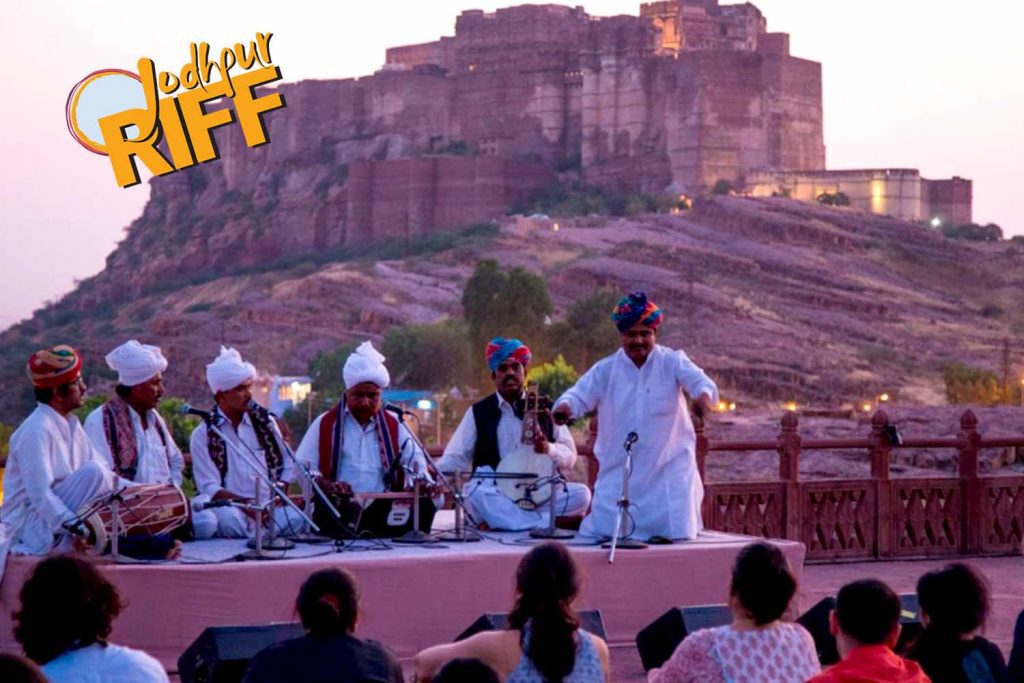 Rajasthan International Folk Festival is held at Mehrangarh Fort in Jodhpur in the month of October. It has an open-air stage which hosts acclaimed artists and musicians from India and around the world in all their exuberance and harmony. Set amidst the beautiful Blue City of Jodhpur the festival is a major tourist attraction. You will notice that the attendees comprise people from almost all walks of life and from the world over. This soul calming festival is an experience that you must have at least once in a year. 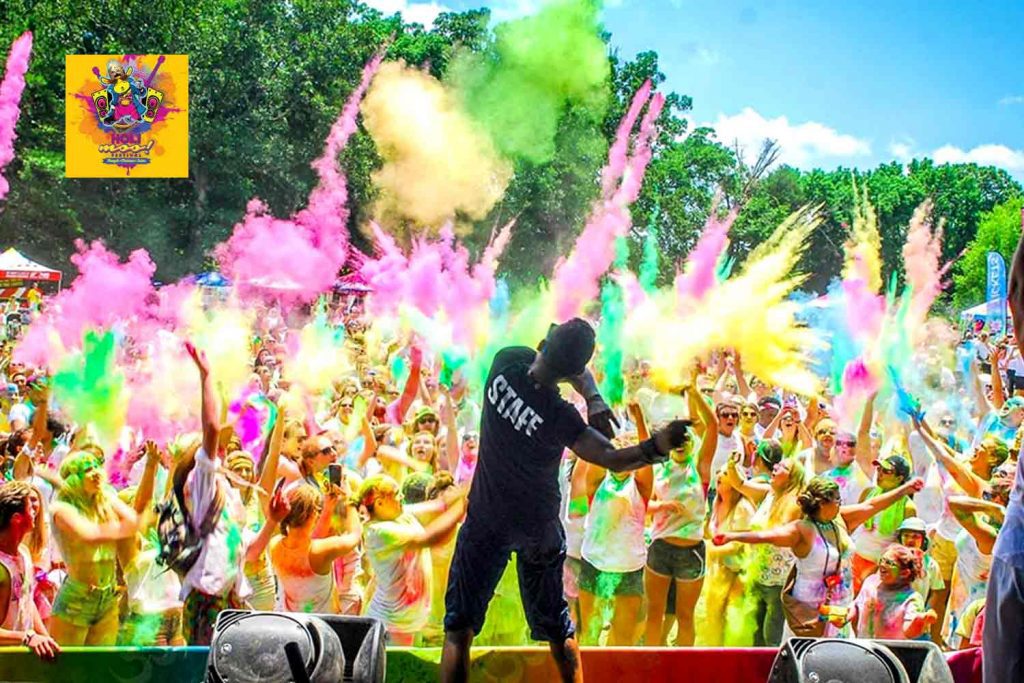 A small festival which started out as an “underground” festival in the national capital a couple of years back has grown into a vibrant extravaganza celebrating the festival of Holi. They have 4 stages, conveniently named as THIS, THAT, WHICH, and WHAT stages. In 2018 the festival’s line up had over 40 artists, and it recorded a footfall of over 5000. Holi MOO! Festival is literally “Madness Orchestrated Organically”. OR you could also say it is Delhi’s personal-Woodstock. 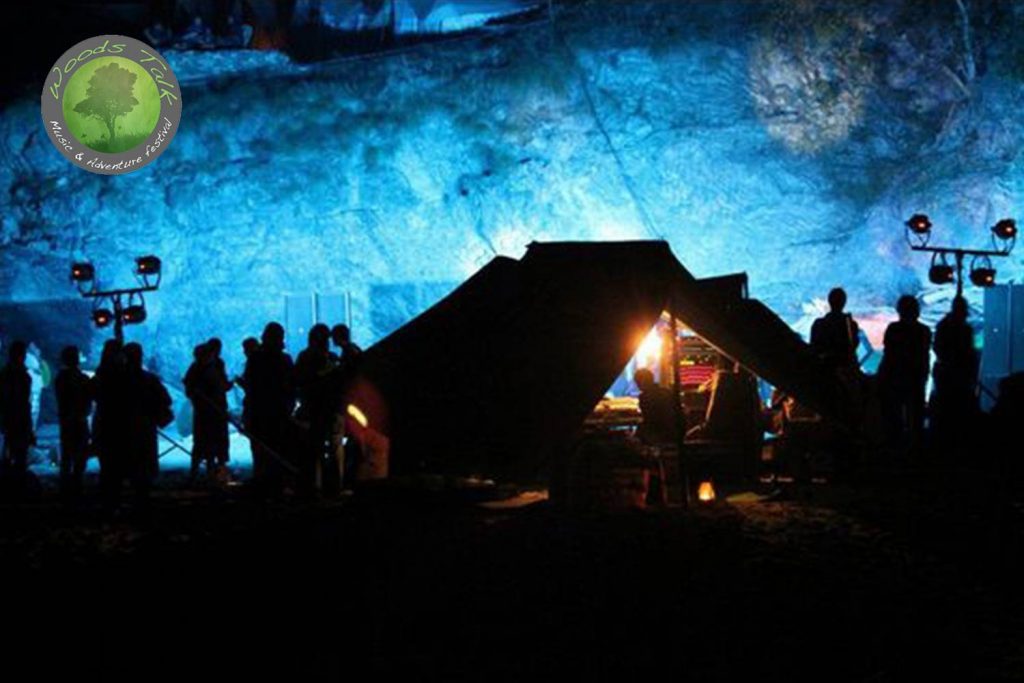 A chill open-air festival in the lush hills of Rishikesh, Woods Talk is held in the month of March annually. The gurgling Ganges gives this groovy festival a sense of adventure. The gala has been attracting quite a number of people with its cool line up of musicians. The festival also offers adventure activities like rafting, kayaking rappelling, canyoning and rock climbing around the rich landscape of the area. 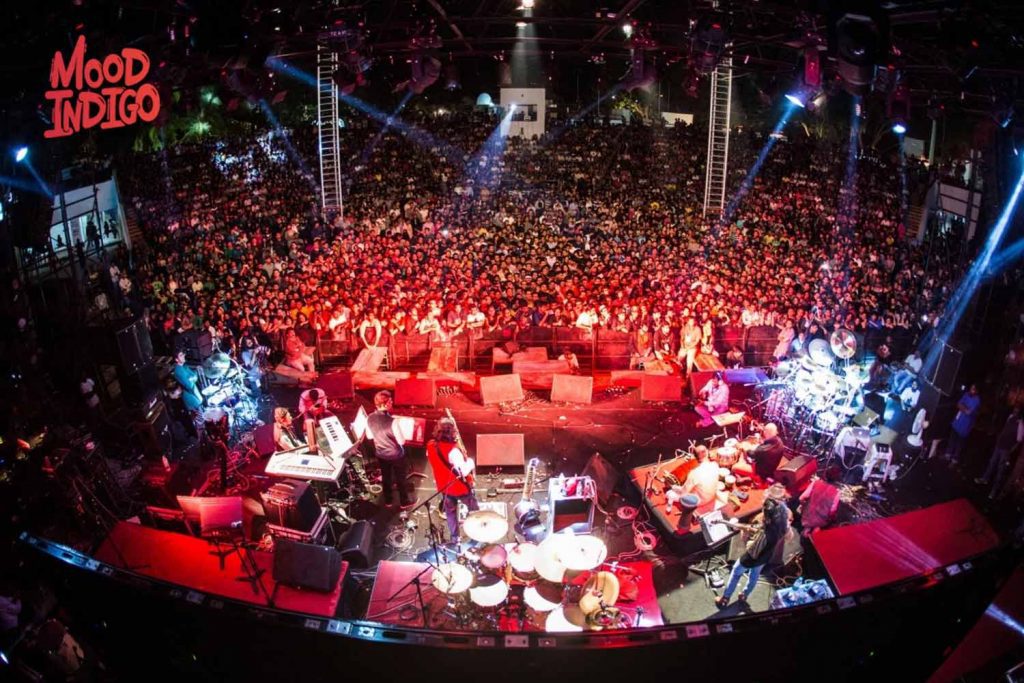 India’s largest and definitely the coolest festival held at IIT Bombay, Mood Indigo has grown into matured into the county’s coolest music festival. The four-day long annual event is organised in the month of December. Mood Indigo brought bands like Porcupine Tree and Simple Plan to perform in India for the first time, need we say more?

These events are some of the most exciting and chilled-out scenes that you will find in the country. It’s a great way to meet new people and discover new artists too. We hope you’ve found your next music get-away from our list of coolest Indian music festivals. Tell us what you think and other cool festivals that you know about in the comment section.