How would you feel if you’ve to give up your career or passion one day? Surely, it won’t the best feeling; maybe, you’ll feel like your world has gone upside down. Imagining it is one thing but going through such ordeal, must be a whole different deal. Even the world of cricket isn’t spared by such tribulation, there are many terrific sportsmen whose career faced the saddest of endings. Be it suffering injuries or facing team politics, these cricketers parted from the game too soon and left their fans broken-hearted.
So we bring you 13 cricketers who faced a tragic end to their career.

1. Retired after a chronic knee injury 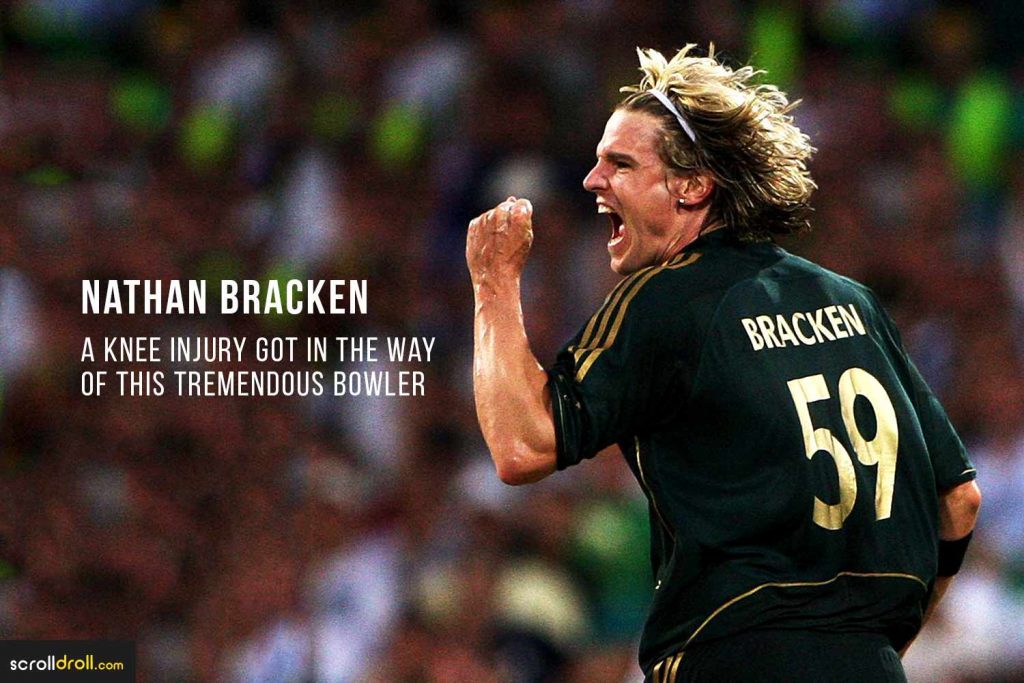 Once ranked World’s No.1 bowler, Nathan Bracken had to end his career due to a chronic knee injury. After playing his last ODI in 2009, Bracken succumbed to his painful fate and got ruled out of the ICC Champions Trophy. Even after rigorous treatment, his knee didn’t get any better; and in 2011, he announced his retirement. But the Australian pacer didn’t retreat in silence, he sued Cricket Australia for faulty medical care.

2. What made this jolly good fellow retire? 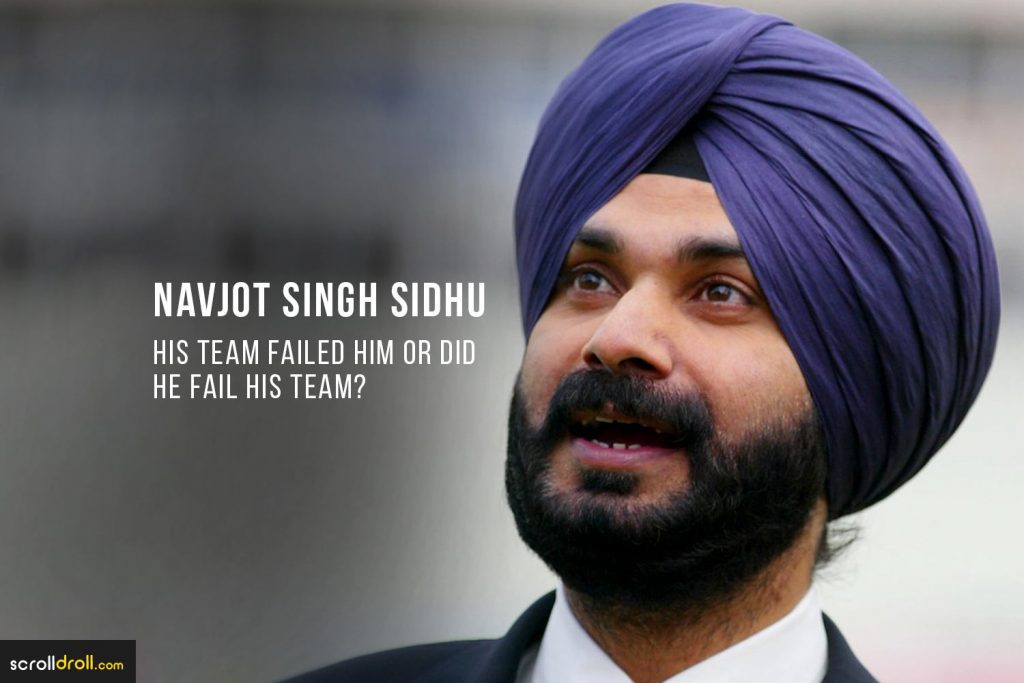 For a person as “high on emotions” as Siddhu, retirement was ever more saddening. It’s reported that he fell prey to “team’s politics”. One source revealed that he felt heartbroken when Wadekar picked another player over him and called Siddhu unfit. Another source told that Azharuddin made sure that Siddhu doesn’t qualify for World Cup. It’s unclear what forced Siddhu to bid farewell to cricket when clearly he could’ve played many more matches in future.

3. A rather ordinary retirement for this very very special cricketer 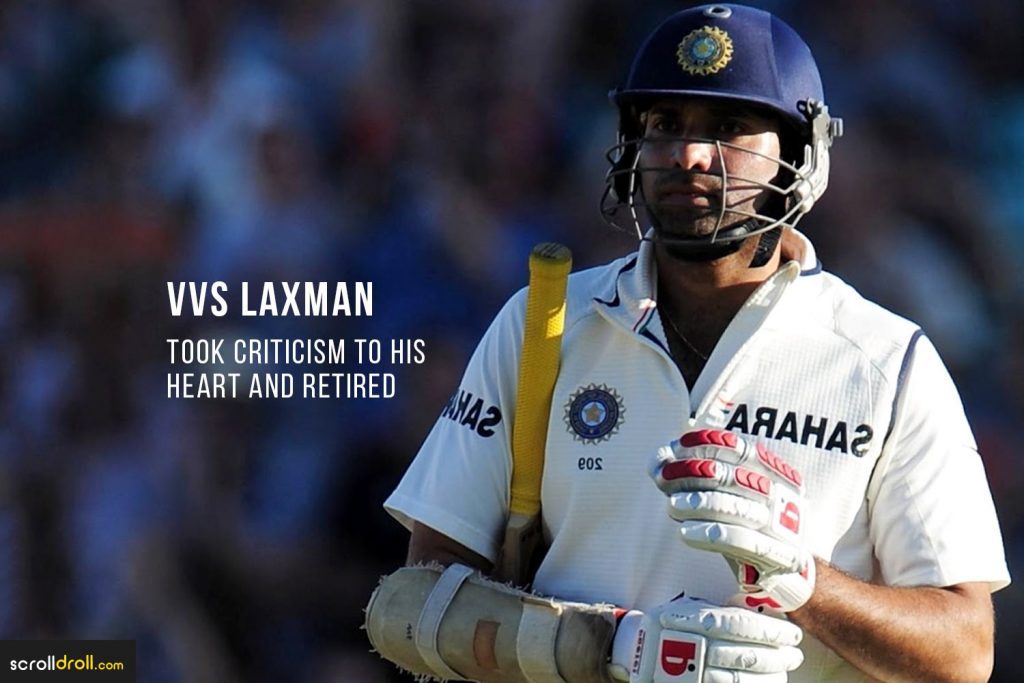 Nobody for sure knows what caused this cricket legend to retire. Sources reveal that during India’s Australian tour of 2011, Laxman didn’t perform up to the expectations and scored only two half-centuries in eight innings. After this series, media and former cricketers started remarking that it was time for “players of age” to consider retirement. Reportedly, Laxman took this to heart and withdrew from cricket, despite getting selected for the upcoming New Zealand series.

4. One bad performance proved fatal for his career 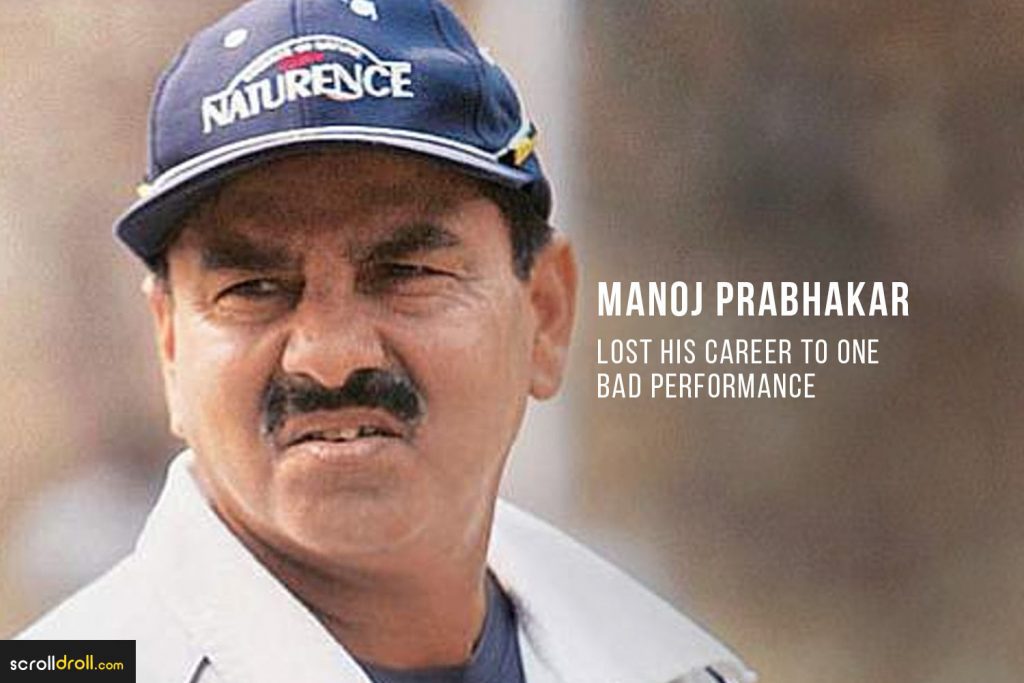 Remembered for his out swingers and slow balls, Manoj Prabhakar grievously retired from cricket. During 1996 World Cup, he was not picked by the selectors due to his poor performance in one match against Sri Lanka—where he gave away 33 off two overs. This left Prabhakar dejected who felt that he was judged on his one bad performance by the same people, who lauded him otherwise. Frustrated by this, he decided to walk out on his passion!

5. A wicket bail hit him in the eye and ended his career 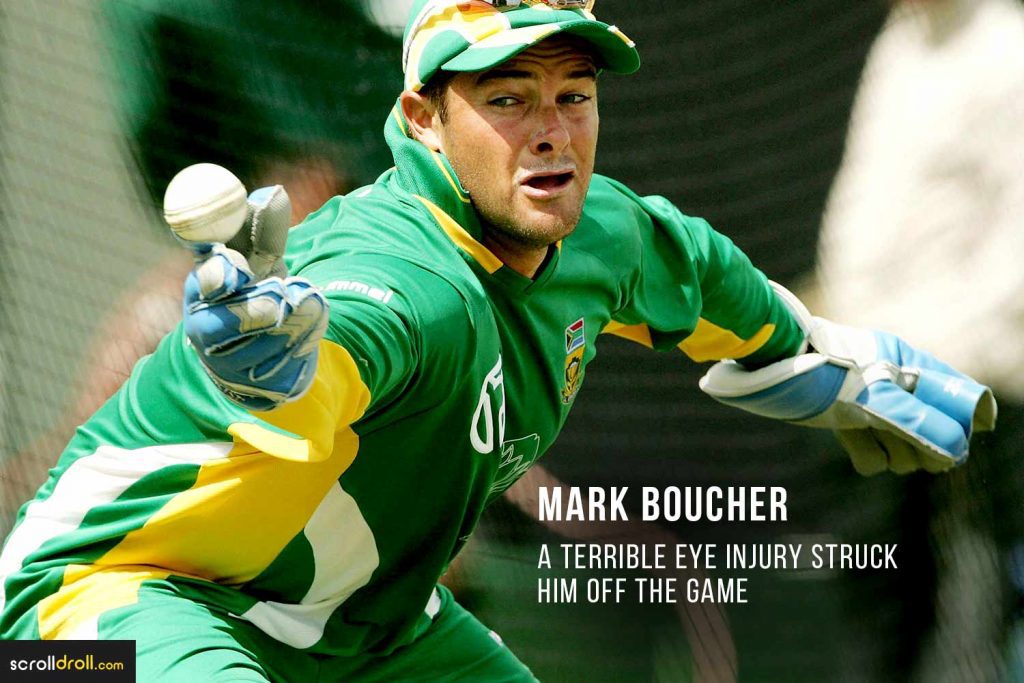 South African cricketer, Mark Boucher, went through an unexpected retirement after a dreadful eye injury. During his team’s tour match against Somerset, Boucher was wicket keeping when the tragedy struck. Imran Tahir bowled a googly which hit the stump and caused a bail to fly, and hit Boucher in the eye. Writhing in pain, he was immediately taken to the hospital and was later diagnosed with lacerated eyeball. After sustaining a 3-hour-long surgery, he soon announced his retirement. 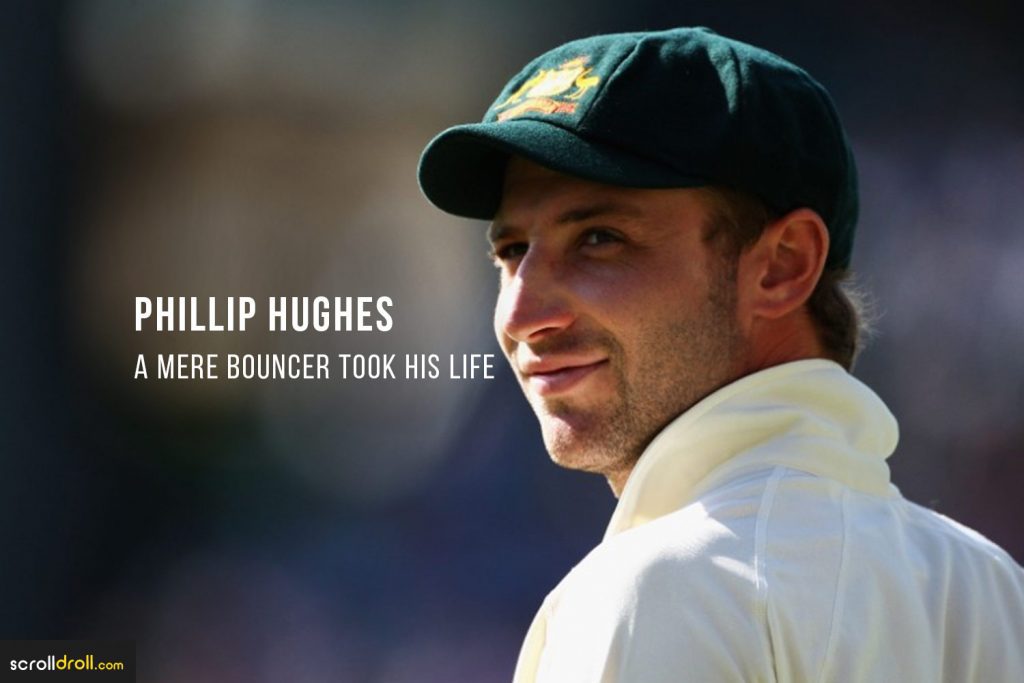 Australian opener, Phillip Hughes, scored his first test century at the age of 20. Little did he know, after 5 years he’ll lose his life in a mere bowling accident. In 2014, during a match between South Wales and South Australia, Hughes faced Sean Abbott’s bouncer. Tragically, he attempted a hook-shot and missed, got hit by the bowl below his ear (the area not protected by the helmet) and then collapsed on the ground. He was immediately taken to the hospital for surgery and later succumbed to coma, from which he never woke up. His cause of demise was later revealed to be subarachnoid hemorrhage. 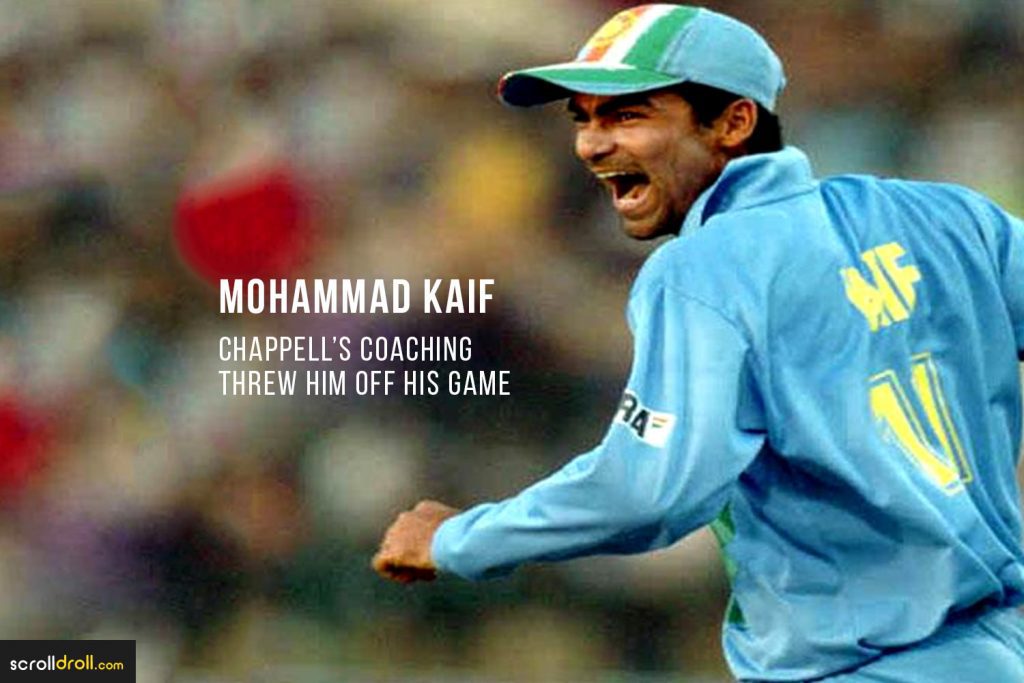 Winning everybody over with his brilliant leadership in Junior World Cup of 2000, Mohammed Kaif faced more ups than downs in cricket. After making a test debut at the age of 20, he quickly gained recognition for his outstanding fielding. In 2002, he rescued India out of England’s clutches by scoring 87 runs and helped the team triumph a score of 326. But under Greg Chappell’s coaching, the home team changed its batting order too frequently. This adversely impacted Kaif’s average and strike rate, and eventually he was dropped out of World Cup 2007. He played his last international match at the age of 26 and retired from all forms of cricket in 2018.

8. He valued family above everything 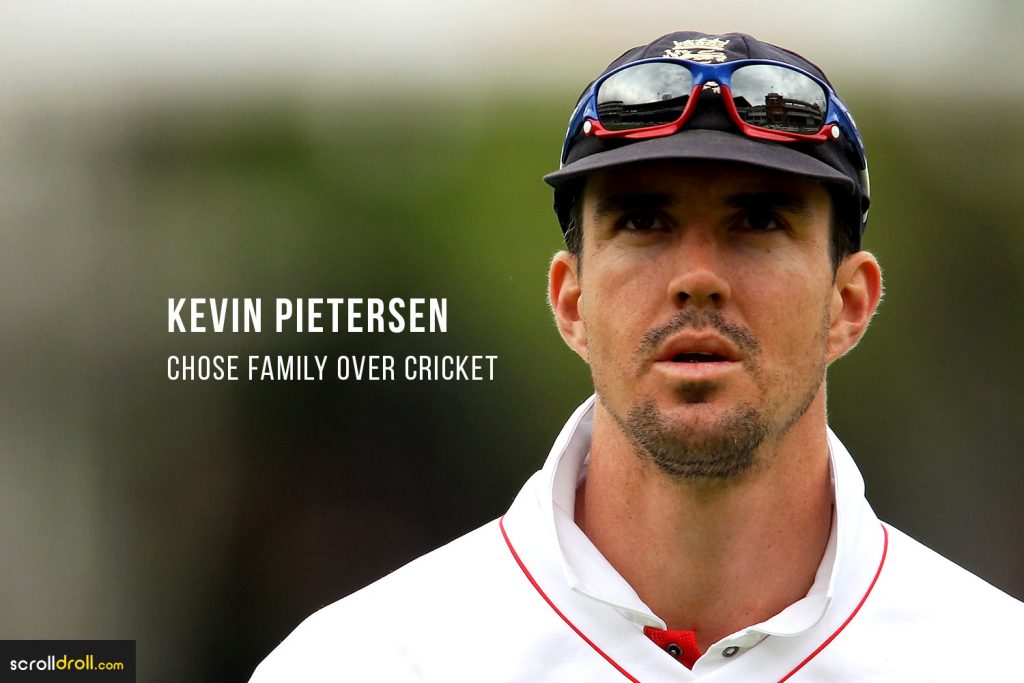 With Times calling him “the most complete batsman in cricket” and The Guardian referring to him as “England’s greatest modern batsman”, Kevin Pietersen played masterfully throughout his career. Surprisingly, in March 2018, Pietersen decided to retire from the sport. He did so through Twitter and Instagram, thanked his fans as well as his family for an ultimate run in cricket. He felt that it was time for him to move on and prioritise his family. His sudden exit from the game left his fans heartbroken and emotional.

9. His knees and “doosra” failed him in the long run 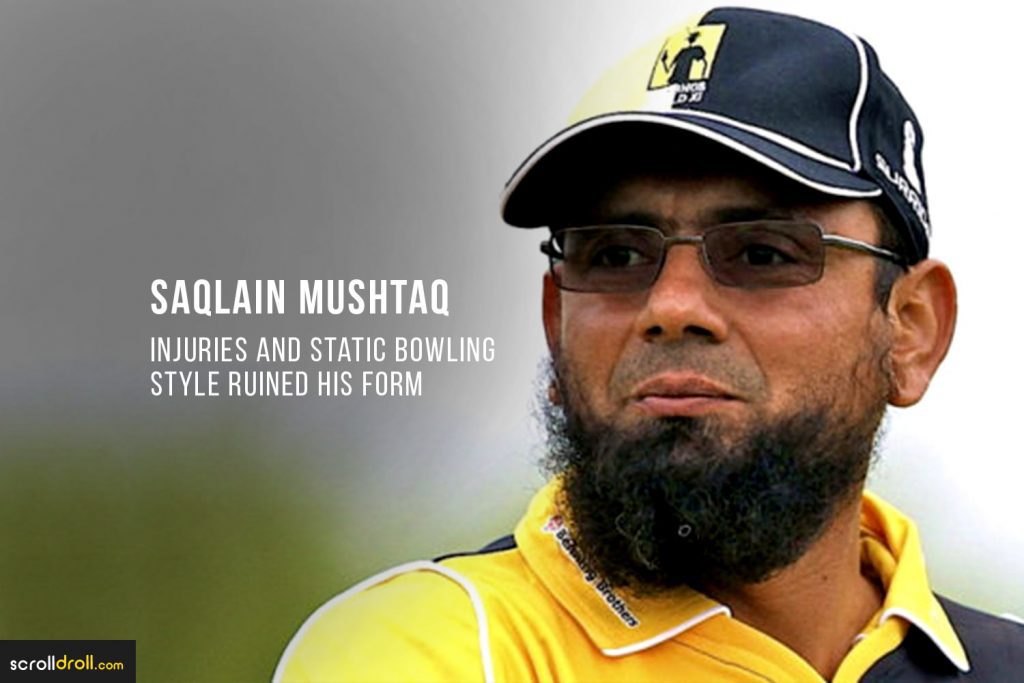 Famous for pioneering “doosra”, Saqlain Mushtaq is still regarded as one of the best spin bowlers ever. With more than 280 ODI wickets in his name, Mushtaq faced an abrupt end to his career. He was feeling excruciating pain in his knees and had to get both of them operated. Also, Mushtaq relied heavily on “doosra’; eventually batsmen figured it out and Saqlain lost his form. The unfortunate injuries and lack of innovative bowling technique must have urged him to take a step back from cricket.

10. Retired after protesting against Zimbabwe’s government 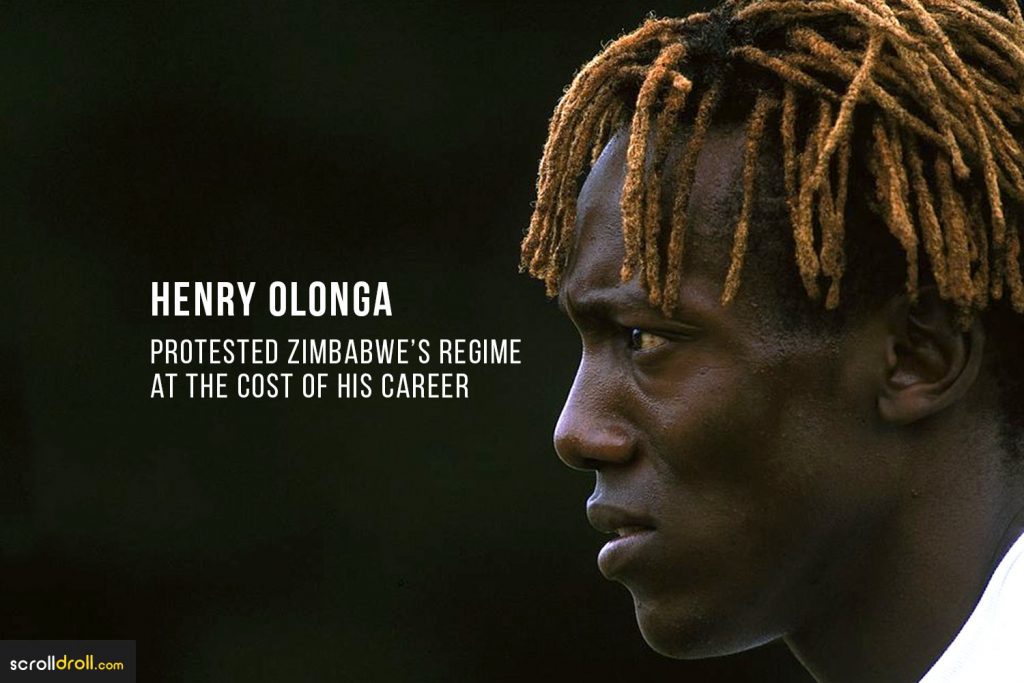 Zimbabwean fast bowler, Henry Olanga, faced an early end to his international career. During 2003 World Cup, Olanga wore a black band and issued a statement to protest against the death of democracy in Zimbabwe. This complicated things for Olanga, personally and professionally. Furthermore, authorities from his country had come to arrest him for treason, he managed to dodge them. To play for Zimbabwe would have been contradictory to his agenda and hence, he announced his retirement.

11. Left the sport to keep his heart healthy 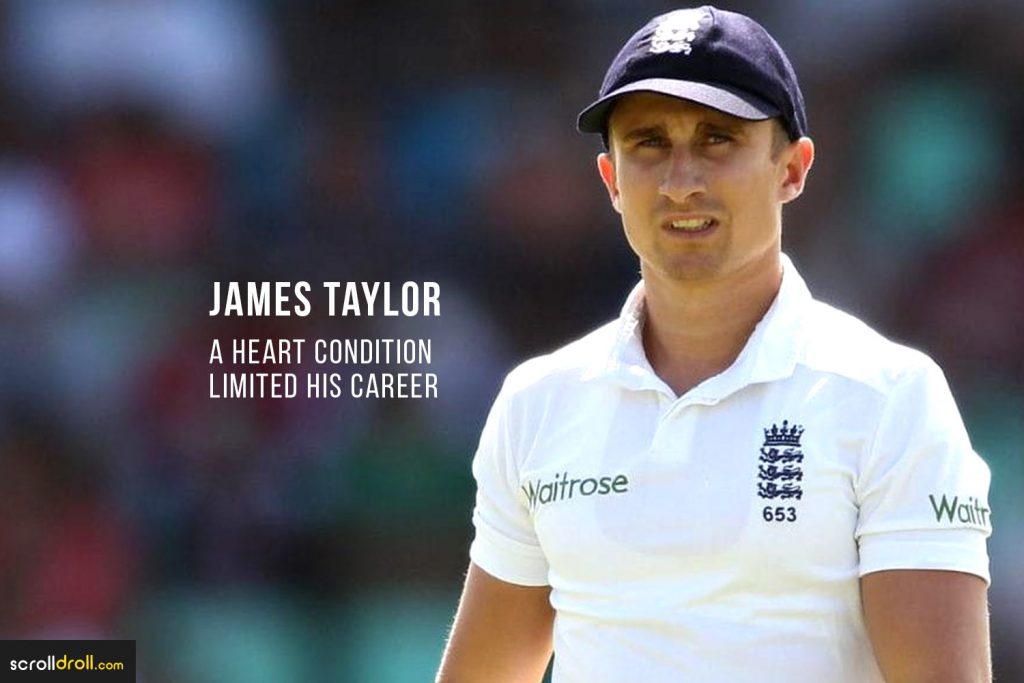 James Taylor, a tremendous fielder, was forced to step into retirement due to an insidious heart condition “arrhythmogenic right ventricular cardiomyopathy”. This English cricketer played for Nottinghamshire and England. After going through an operation for his condition, he got a defibrillator fitted which managed his heart rate. In order to keep his health intact, Taylor parted from cricket at just 26.

12. From playing internationally to representing for Guyana 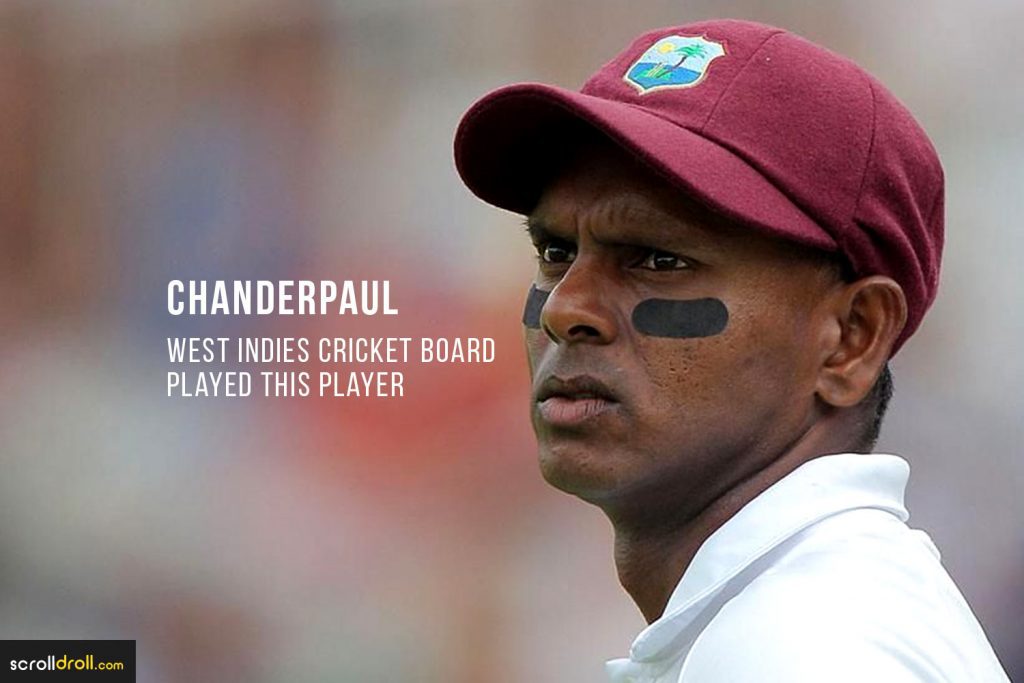 Former West Indies Captain, Chanderpaul is an exemplar of how national boards rule sportsmen. This Indo-Caribbean cricketer ranks at no. 8 amongst world’s highest run scorers, yet were forced to retire by the West Indies Cricket Board. The country issued him a No Objection Certificate only if he retired on a particular date. When that day came, Chanderpaul abruptly bid goodbye to international cricket at the age of 41. And now, he plays for his domestic team—Guyana.

13. He let the pressure of cricket get to him 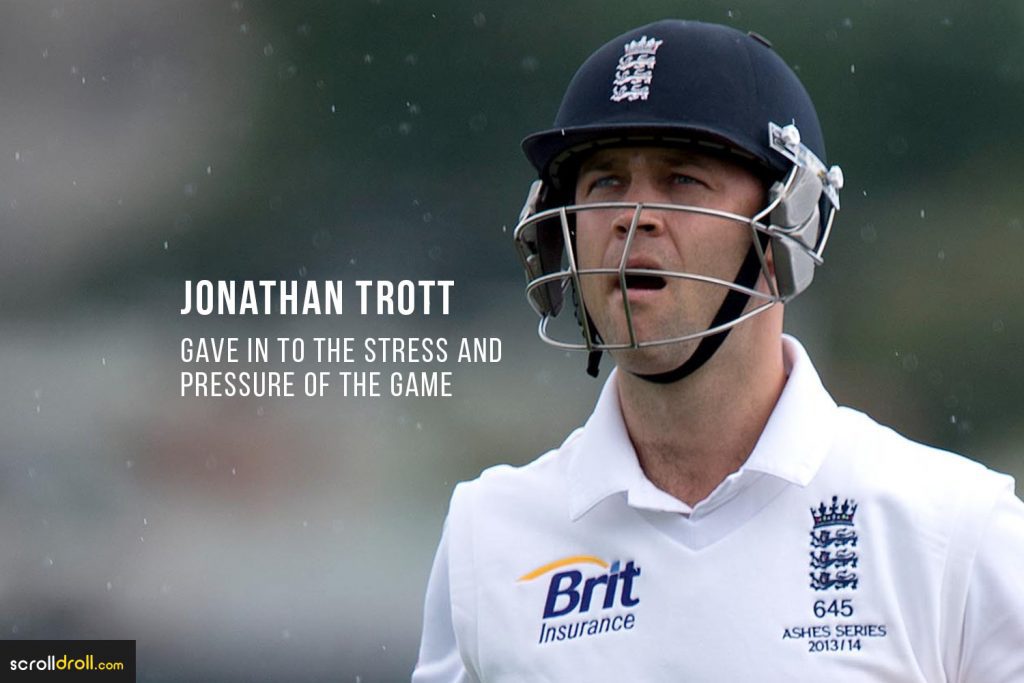 England’s former top-order batsman, Jonathan Trott, unexpectedly announced his retirement after losing a series to West Indies in 2015. He struggled to perform well in this tournament and later revealed that he was facing anxiety issues and unmanaged stress. These mental health problems forced him to leave international cricket.

Looking at these terrific players, we realise that the worst can happen to the best of us. Be it leaving the game forcibly or voluntarily, when these cricketers bid farewell to the game it was emotional for them and their fans alike. We can’t help but miss them on the pitch.