These Dialogues From Gangubai Kathiawadi Are Fierce AF!

It is without a doubt that Alia Bhatt is easily one of the most talented actresses working in the Hindi film industry today. Over the last few years, the young actress has established herself as a skilled, bankable actor who is capable of taking on challenging roles. In her latest, Alia appears as Gangubai Kathiawadi, a sex-worker who’s been thrown into a world of debauchery against her will, now in a power struggle against the system that put her there.

The movie is based on a book called Mafia Queens of Mumbai by Hussain Zaidi, which talks about a real-life woman named Gangubai Kothewali who was the madam of a brothel in Kamathipura in the 1960s. Gangubai was sold into prostitution at the age of 16 by her husband for just 500 rupees. Recently, the makers dropped the trailer of the Alia Bhatt starrer, and so far, it looks like an intensely exciting watch. We have compiled a list of some of the best dialogues from the Gangubai Kathiawadi trailer that we absolutely loved. But before you proceed, here’s the trailer of the movie we’re talking about:

Now, onto these dialogues from Gangubai Kathiawadi that are fierce AF! 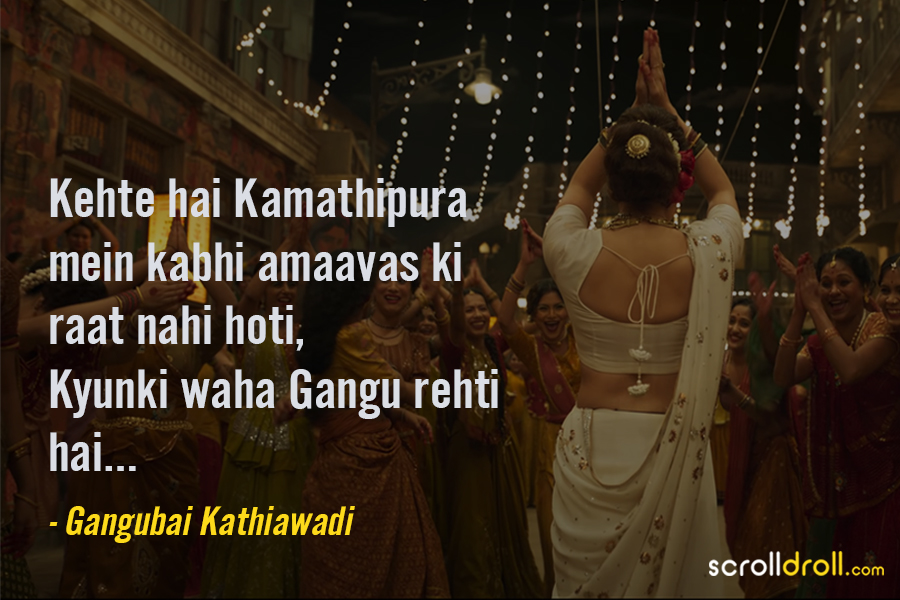 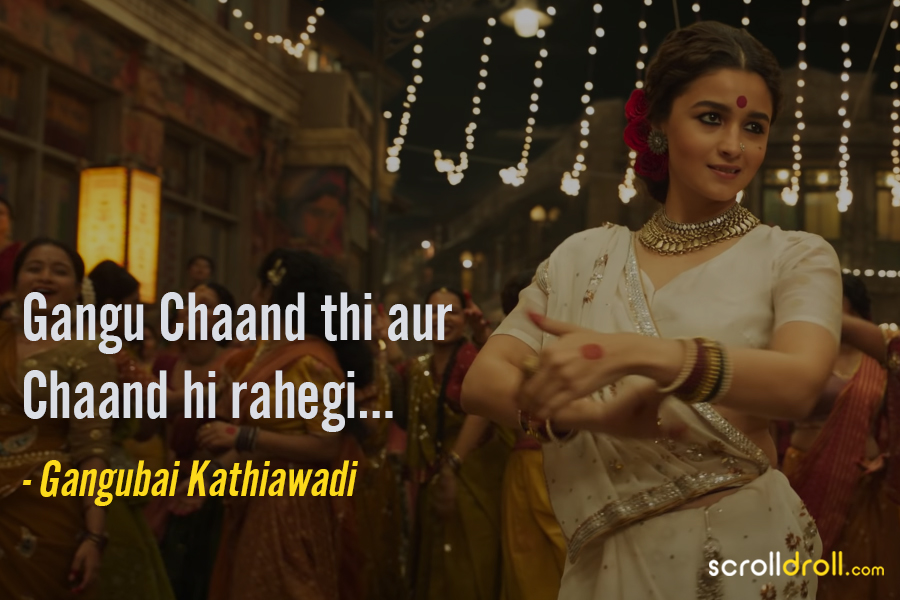 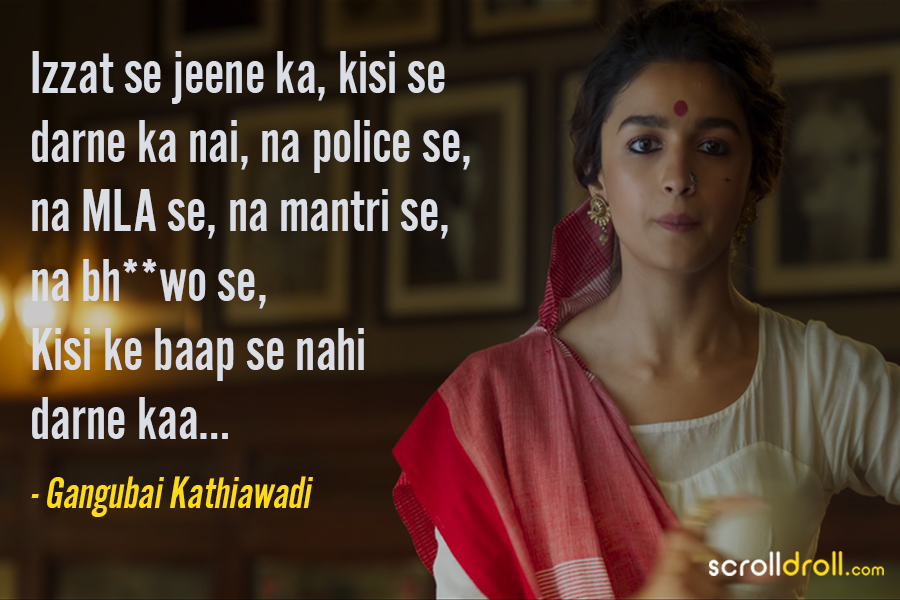 Also read: 8 Dialogues From Highway About The Journey Of Life 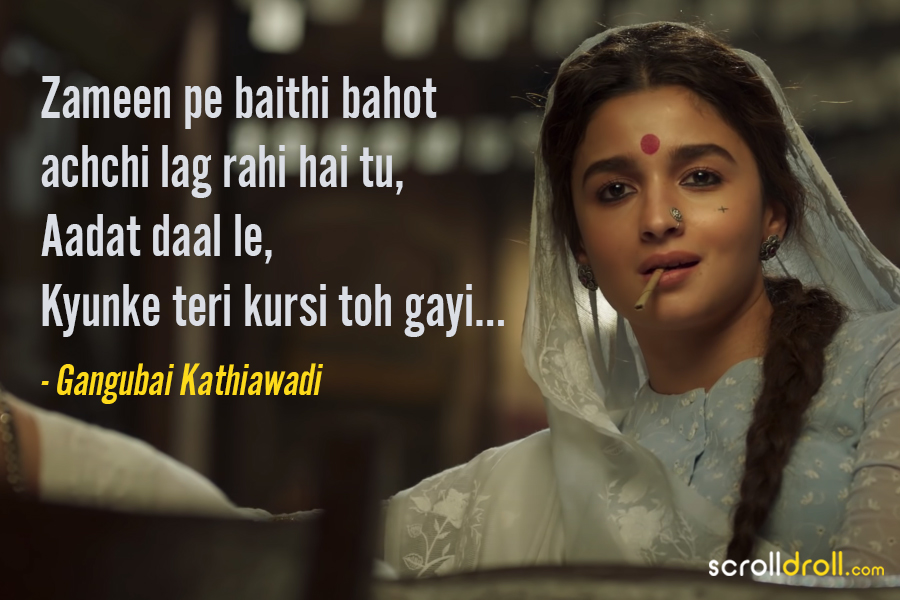 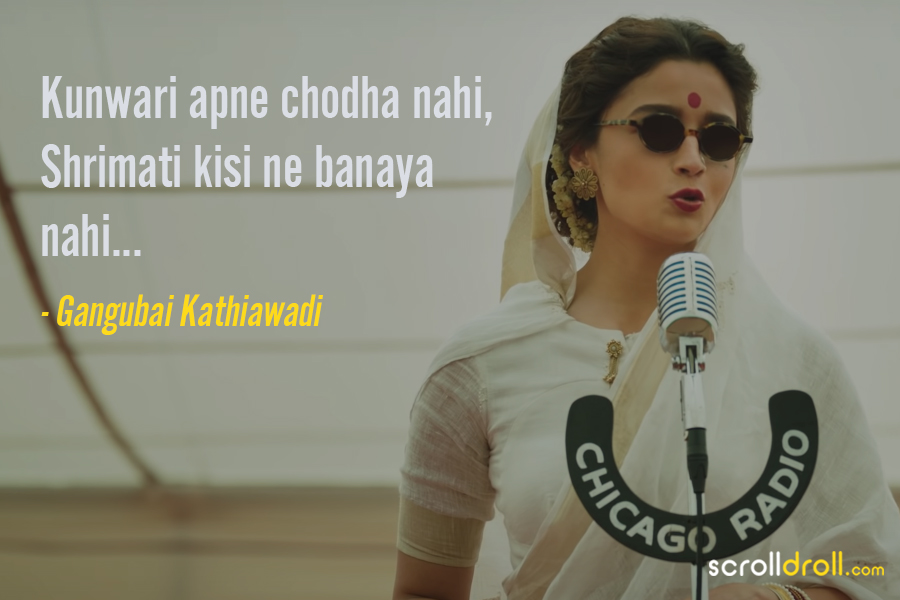 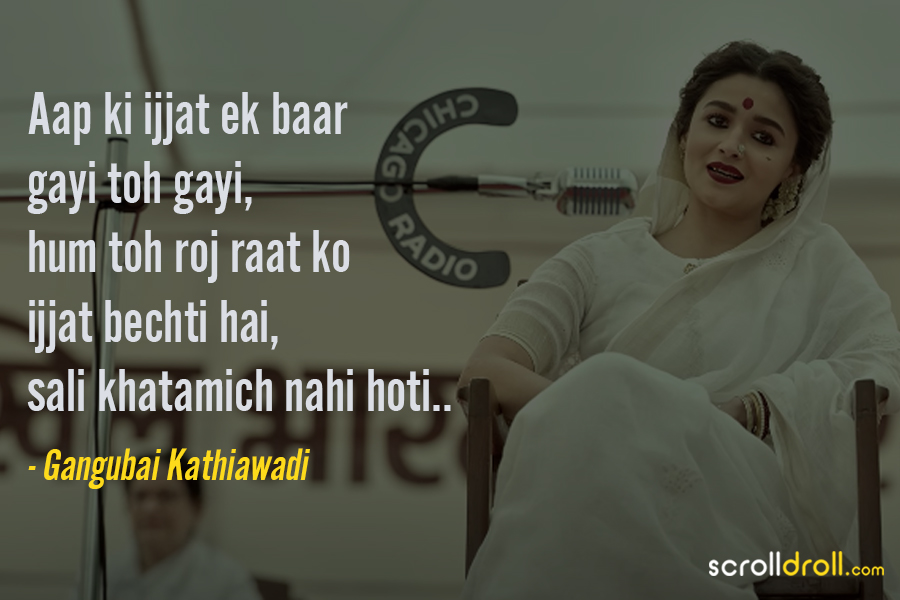 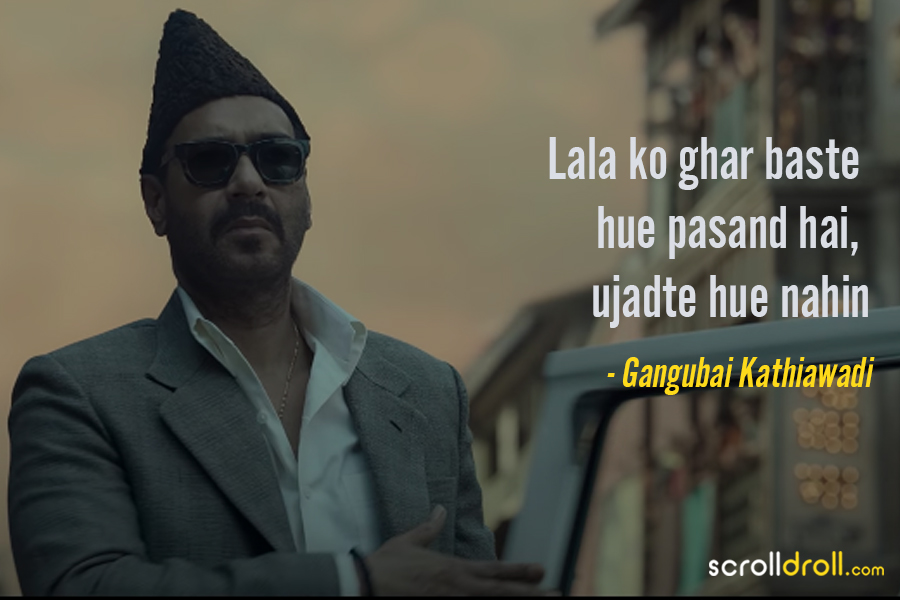 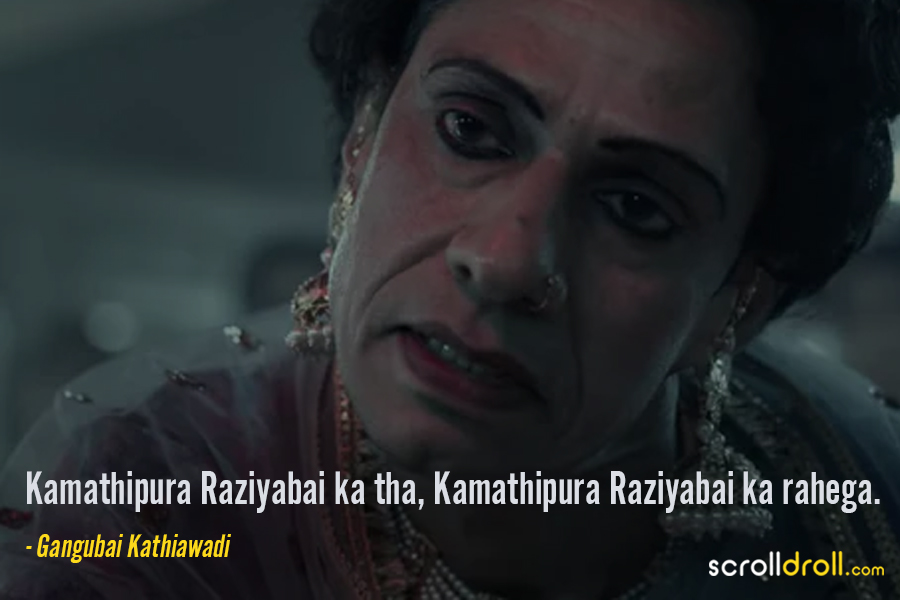 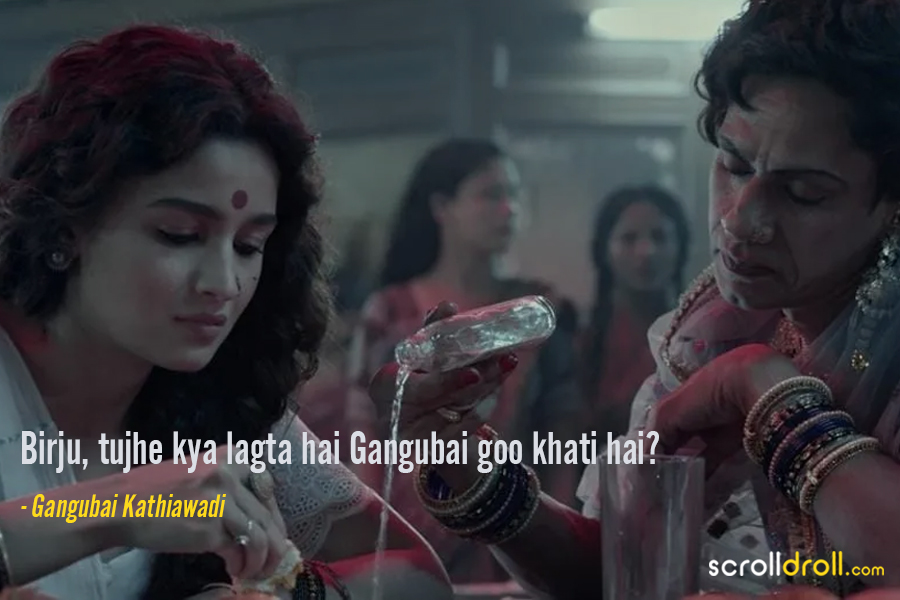 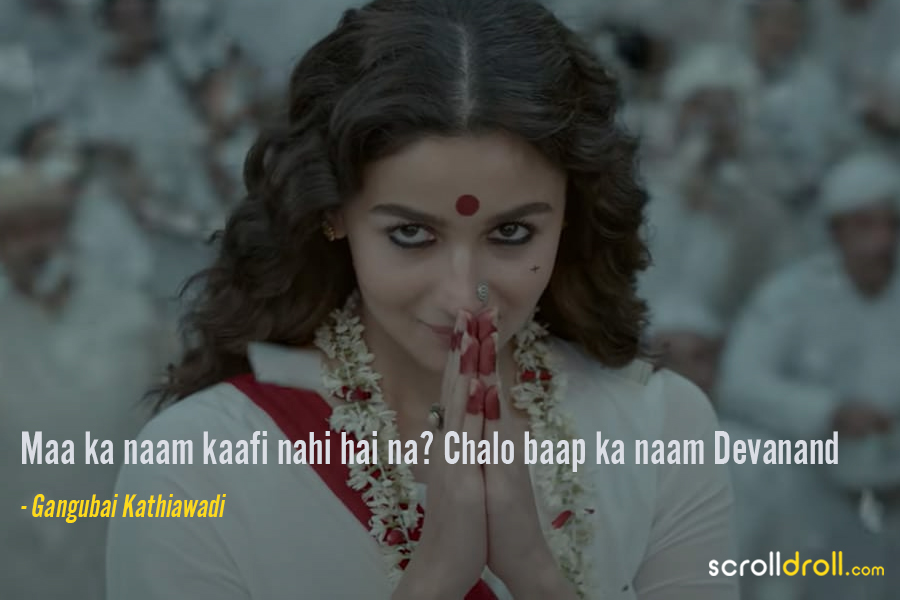 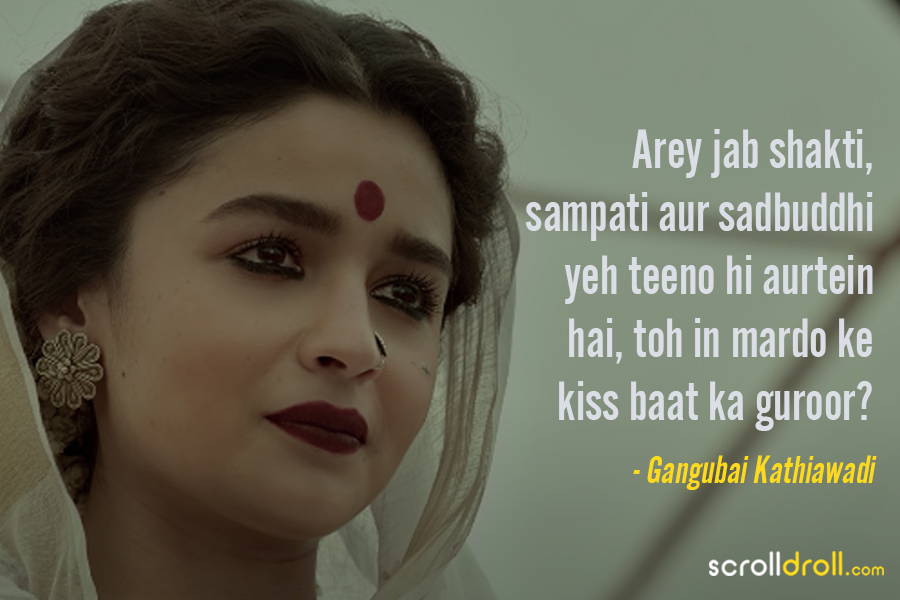 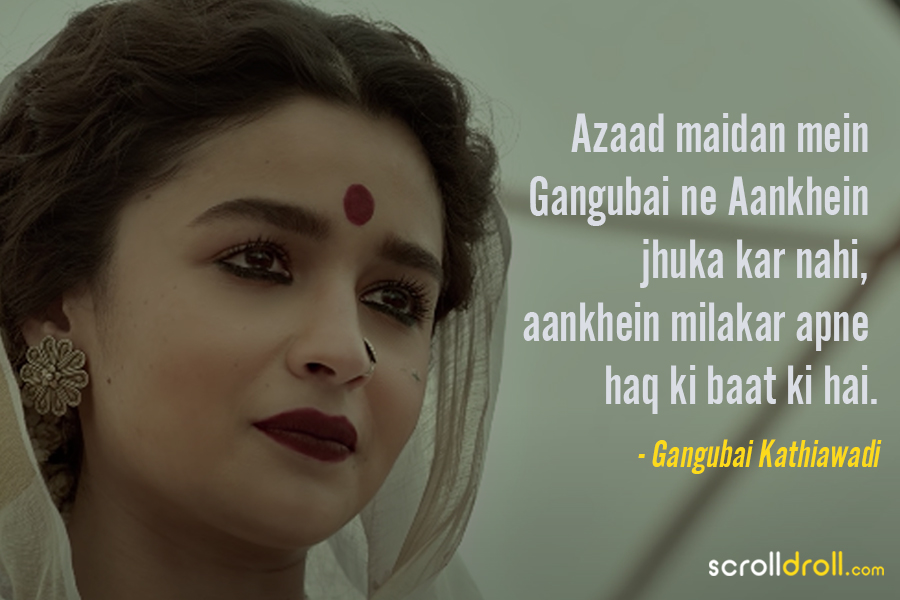 These dialogues from Gangubai Kathiawadi have us extremely excited to watch the movie. Directed by Sanjay Leela Bhansali, a director best known for his period dramas and opulent aesthetic, it would be interesting to see how the seasoned director handles the movie. The source material for the plot is intriguing to say the least, and if the performance matches the promise, this might be the first great hit of the year 2022!

10 Best Quotes from ‘A Thousand Splendid Suns’ by Khaled Hosseini