Starring Shahid Kapoor and Kiara Advani, Kabir Singh tells the story of a surgeon who finds himself in a path of self-destruction after his girlfriend marries somebody else. While several feminists and reviewers criticized the movie for promoting toxic masculinity and misogyny, the audiences loved the story, performances, music, songs and dialogues of Kabir Singh making it a massive hit that grossed over INR 379 Crores at the box office.

We bring you 10 best dialogues from Kabir Singh. 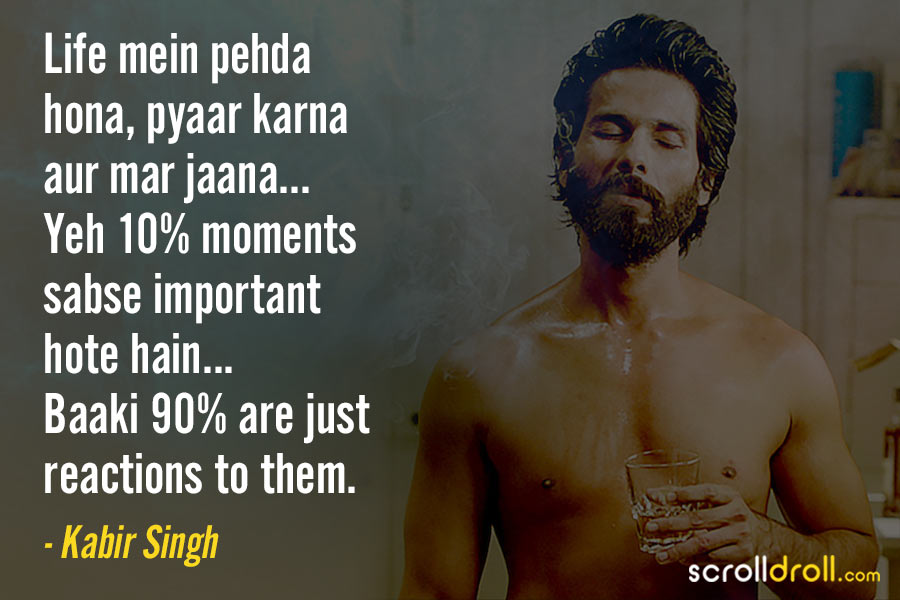 2. I’m not a rebel without a cause, Sir…nor a murderer with a hand-blade; This is me. 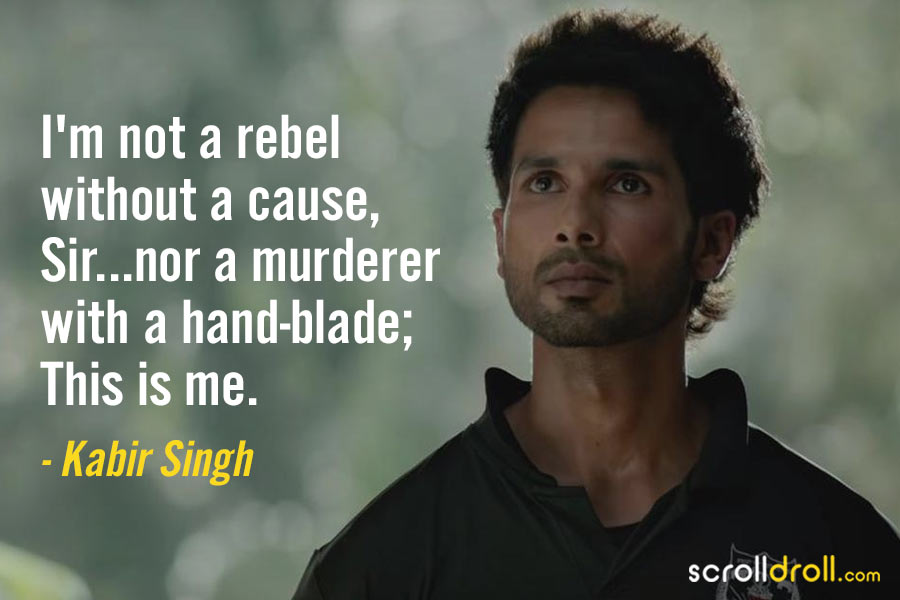 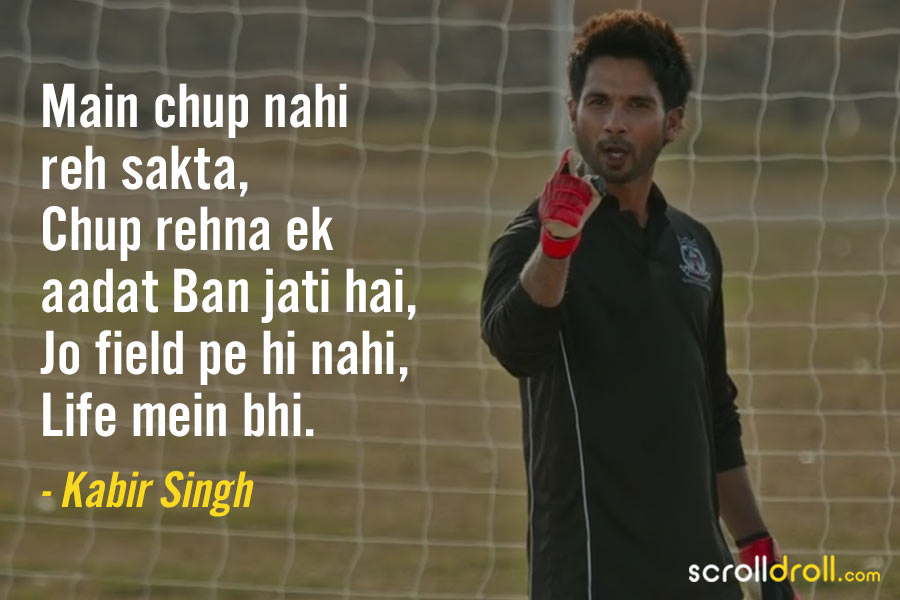 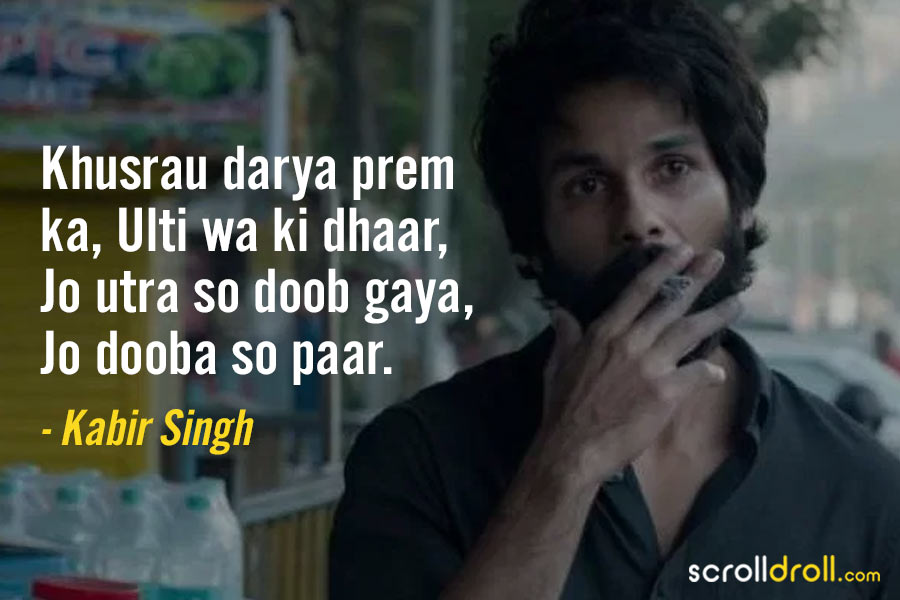 5. When a woman is in love, her priorities change! 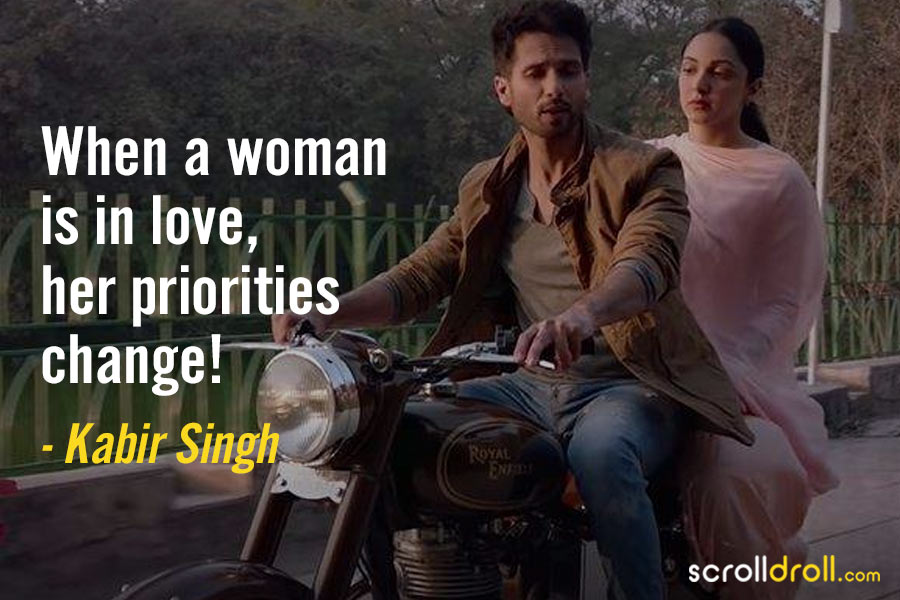 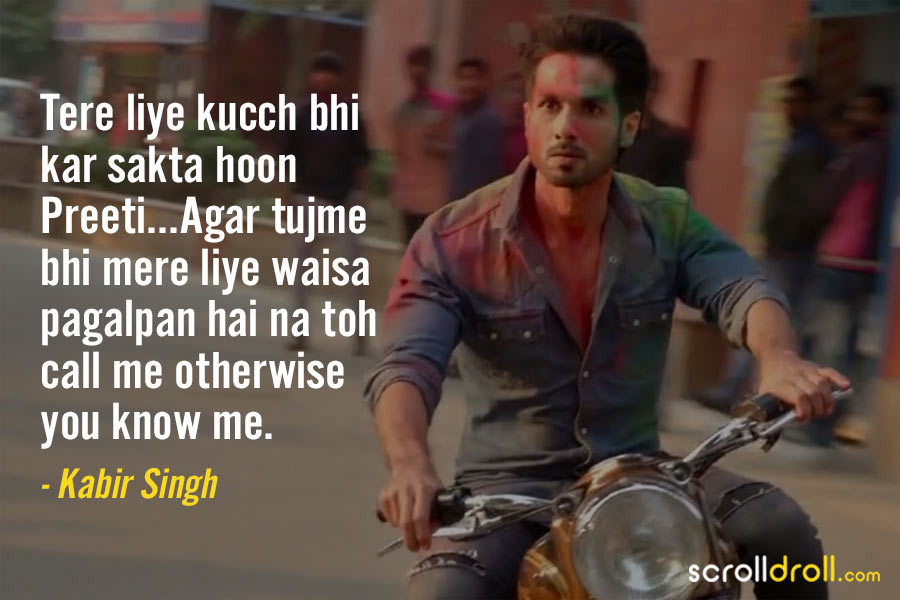 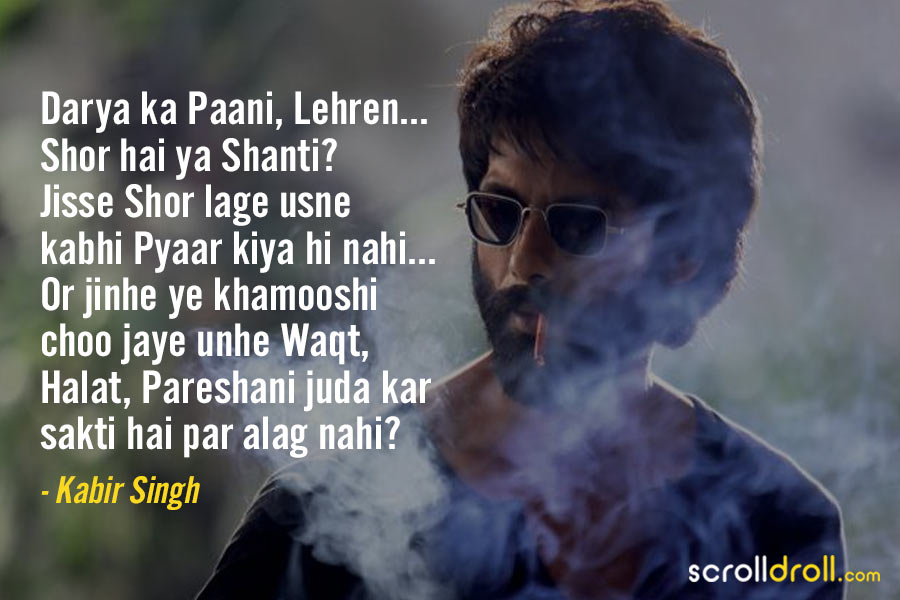 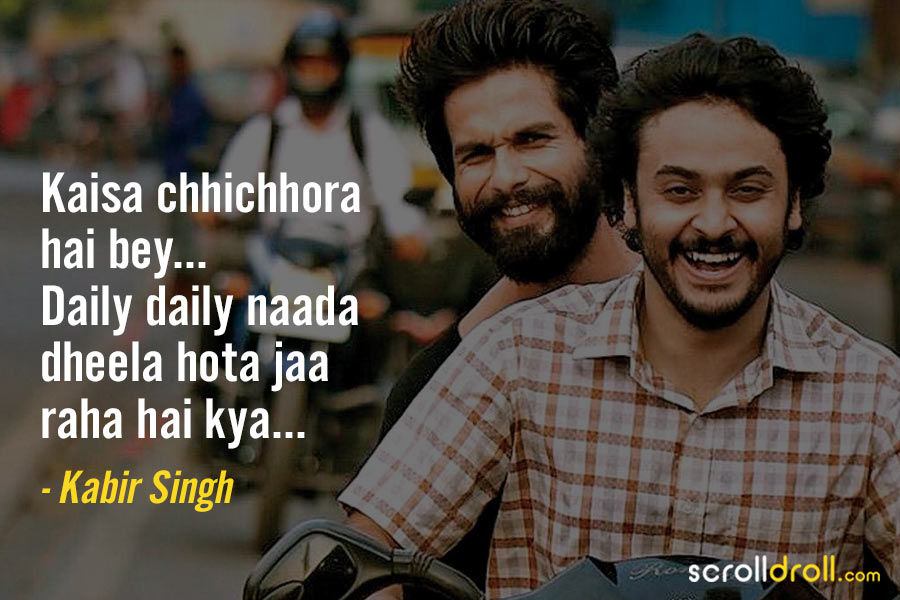 9. It’s not the goodbye that hurts, but the flashbacks that follows. 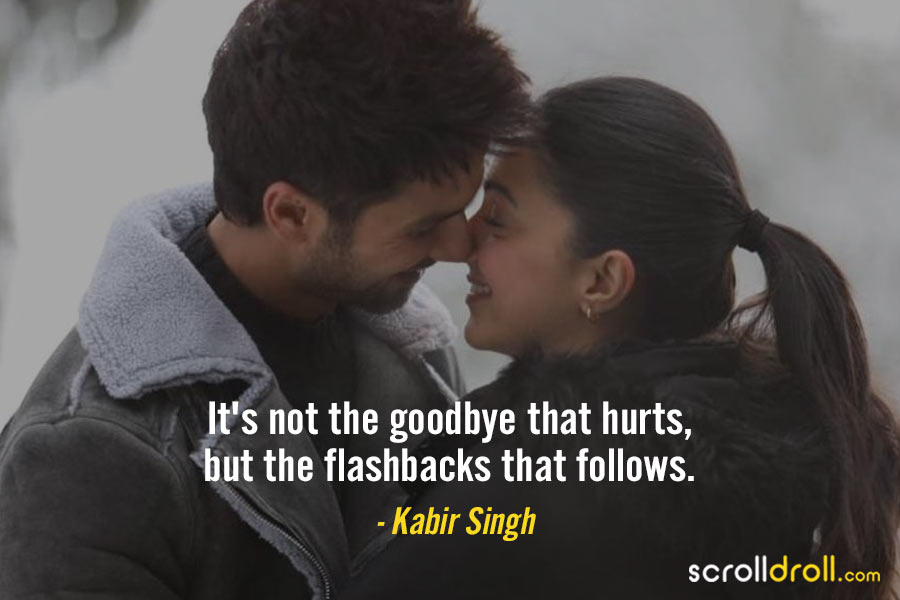 10. Suffering is personal. Let him suffer. 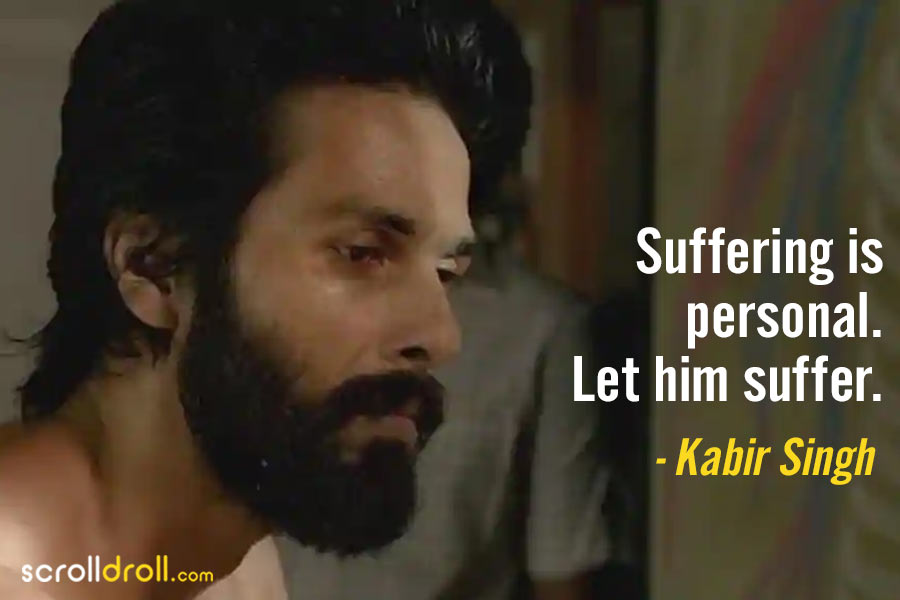 Despite all the criticism to the movie, Kabir Singh was loved for having showed a typical Indian love story with a flawed character undergoing emotions several of us have been through before. Besides its soulful music and songs were also an instant hit.

Do you remember any other good dialogues from Kabir Singh we missed out? Do let us know in the comments below!