RRR is a Telugu-language epic period action drama film directed by S. S. Rajamouli, who also co-wrote the script with V. Vijayendra Prasad. It was released in India in 2022. D. V. V. Danayya of DVV Entertainment is the producer. N. T. Rama Rao Jr., Ajay Devgn, Alia Bhatt, Shriya Saran, Samuthirakani, Ray Stevenson, Alison Doody, and Olivia Morris star in the film. It’s a fictional account of two Indian revolutionaries, Alluri Sitarama Raju (Charan) and Komaram Bheem (Rama Rao), and their struggle against the British Raj. Fans have been going crazy over some of the powerful dialogues from the RRR movie. Let’s take a look at some of the powerful dialogues from the RRR movie.

A young tribal girl is forcibly taken away from her mother by a few British soldiers in Adilabad, where RRR’s story begins. The tribe’s leader, Komaram Bheem (Jr NTR), sets out on a quest to find the lass. One of the British police officers, Alluri Sitarama Raju (Ram Charan), receives information about Bheem’s mission and plan to murder the governor, and decides to finish him off. Things take an unexpected turn, however, when the adversaries become friends over time and fight together against the British Raj and the Nizam of Hyderabad.

RRR received positive reviews from critics, who praised Rajamouli’s screenplay and performances. The film has an approval rating of 84% based on 19 reviews on the review aggregator website Rotten Tomatoes, with an average score of 7.50 out of 10. Rajamouli stated before the film’s release that he had no plans to make a sequel or turn RRR into a franchise. However, writer Vijayendra Prasad stated that they had begun discussing the possibility of a sequel, and that “if God is willing, it may happen later.” Rama Rao expressed his desire for the world of RRR to be continued as a franchise in an interview with Variety. D. V. V. Danayya produced the film under the banner DVV Entertainments. M. M. Keeravani composed the music for the film, which was shot by K. K. Senthil Kumar and edited by A. Sreekar Prasad. The visual effects were overseen by V. Srinivas Mohan. You can find some of the powerful dialogues from the RRR movie below. 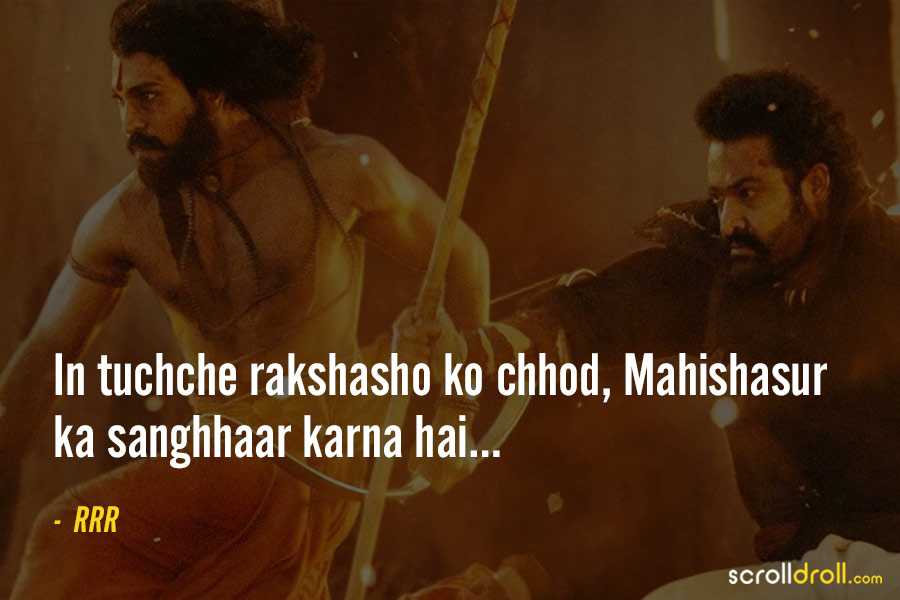 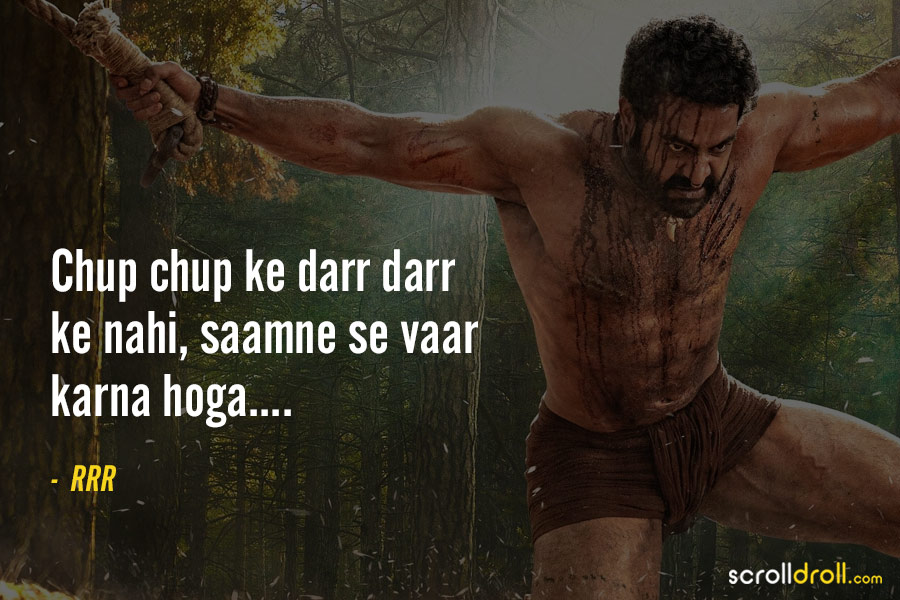 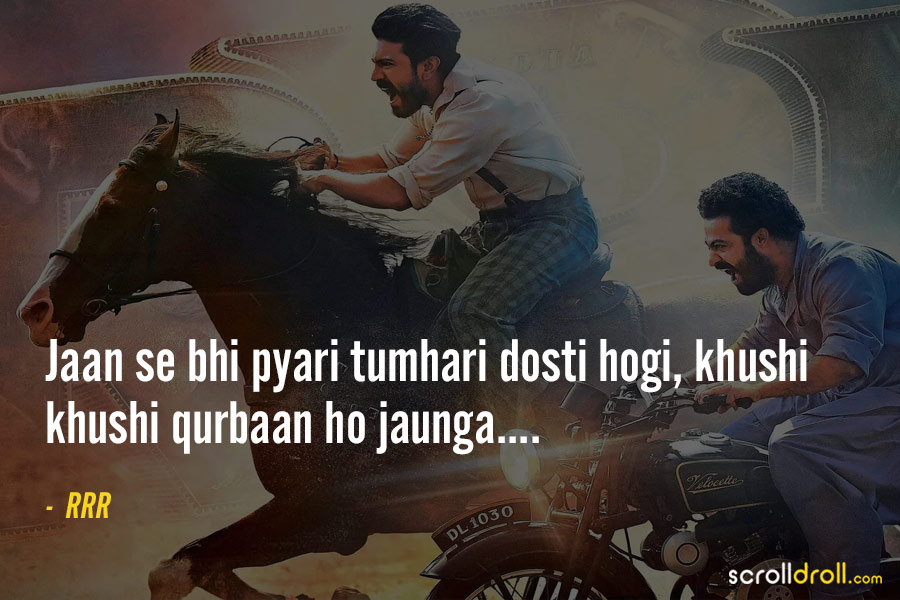 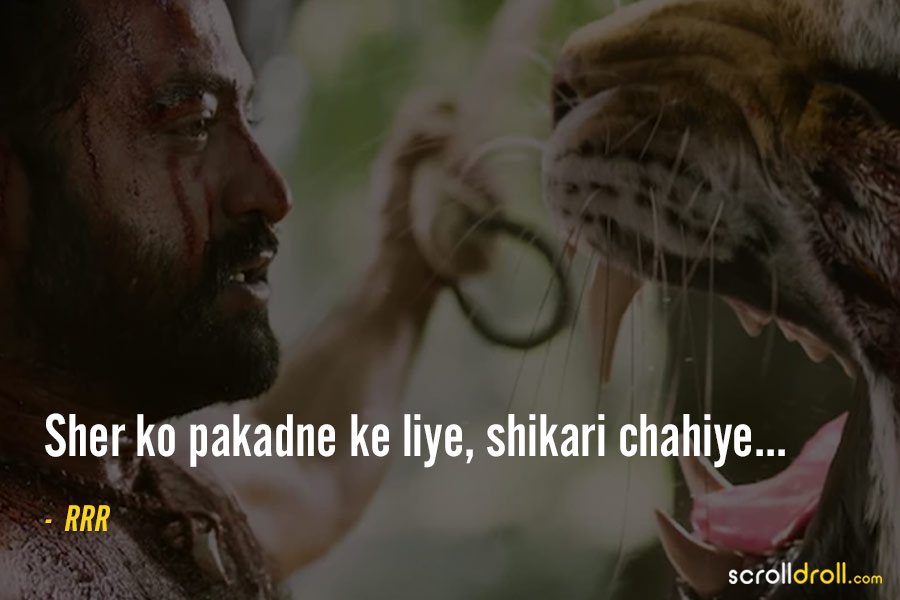 We hope you found our list of powerful dialogues from the RRR movie thrilling and exciting. RRR, an abbreviation for Rajamouli, Ram Charan, and Rama Rao, was officially announced in March 2018, with a tentative title. Rajamouli felt that a universal title across languages was essential for a film of such scale, so the tentative title RRR was later confirmed as the official title. V. Vijayendra Prasad, Rajamouli’s father, provided the original story, and Rajamouli wrote some of the powerful dialogues from the RRR movie, which he worked on for six months.