The story of a honest, courageous and fearless police office who stands strong against a goon politician, the Singham series is one of the best cop movies of recent times. Directed by Rohit Shetty, Singham was acclaimed critically and was a big hit on the box office owing to its gripping script, action-packed performances. The fiery dialogues from Singham like ‘Aata Majhi Satkli’ is still popular and has become a part of the pop culture.

The first part of Singham minted almost 150 crores on the box offfice while Singham Retuns collected over 200 Crores. The movie was noted for being a wholesome entertainer and power packed drama with good music. The action by Rohit Shetty and the power packed performance by the Ajay Devgn were loved by the audiences.

We bring you some of the best and action-packed dialogues from Singham – both the parts. 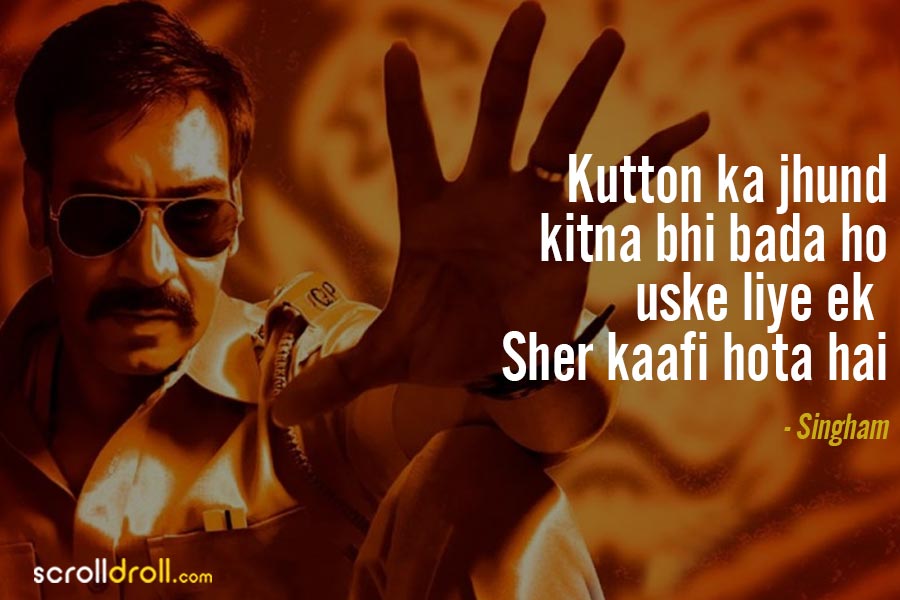 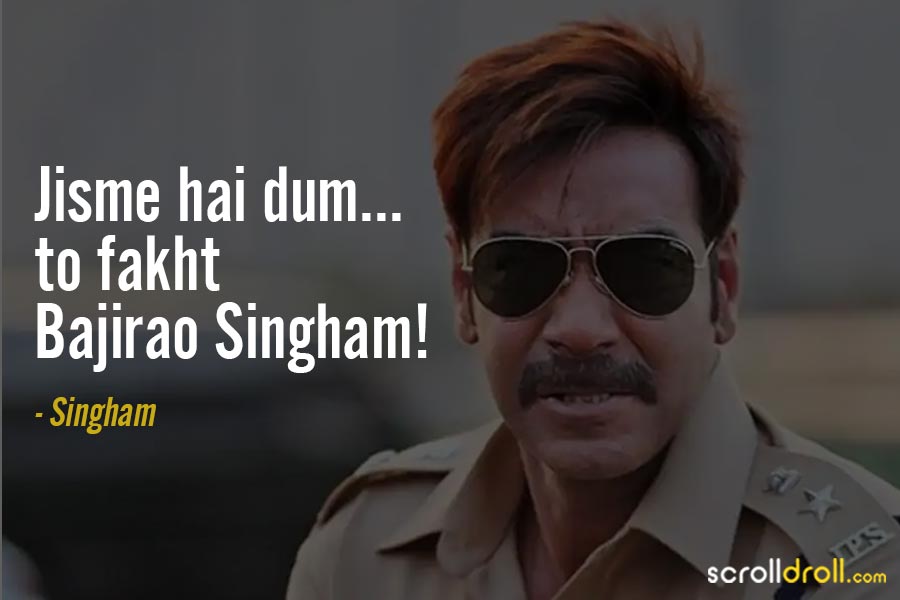 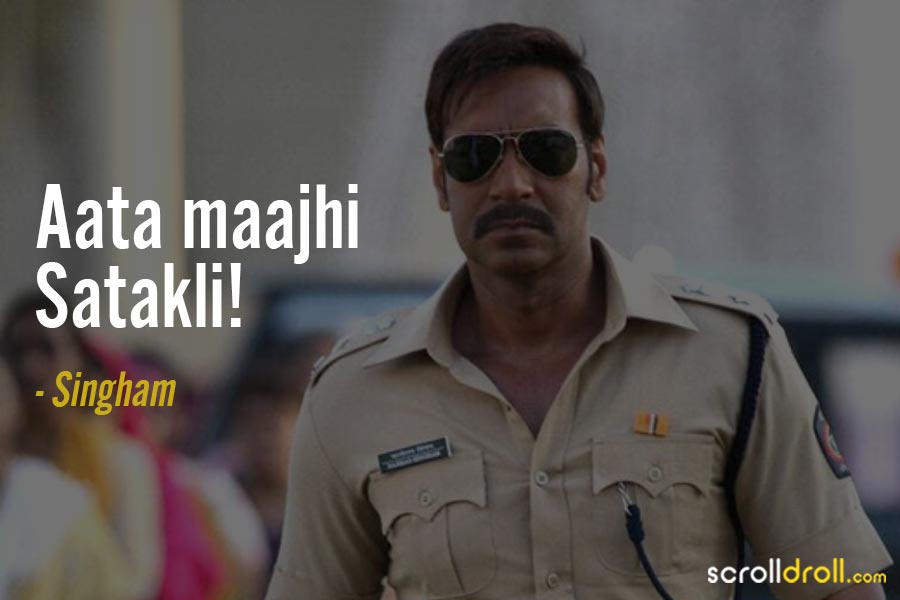 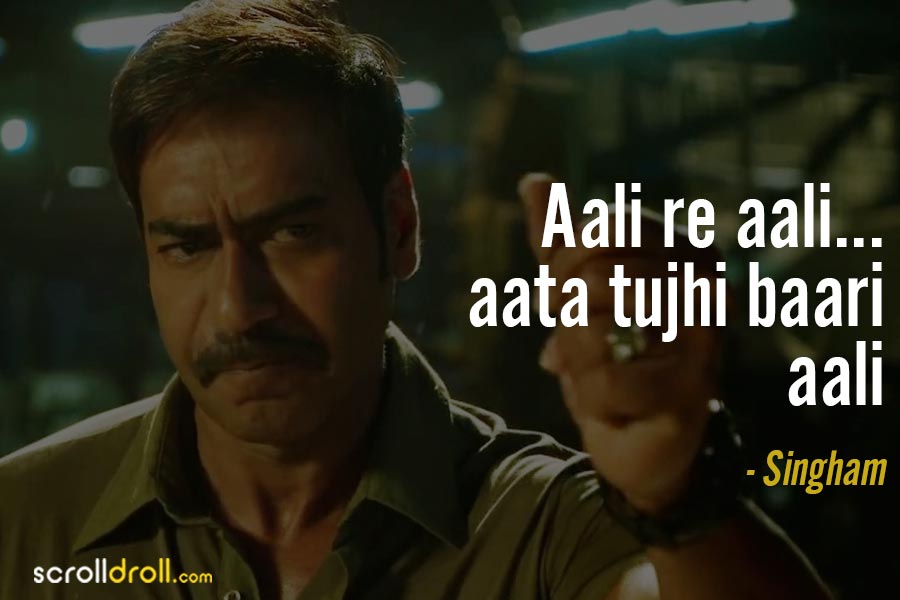 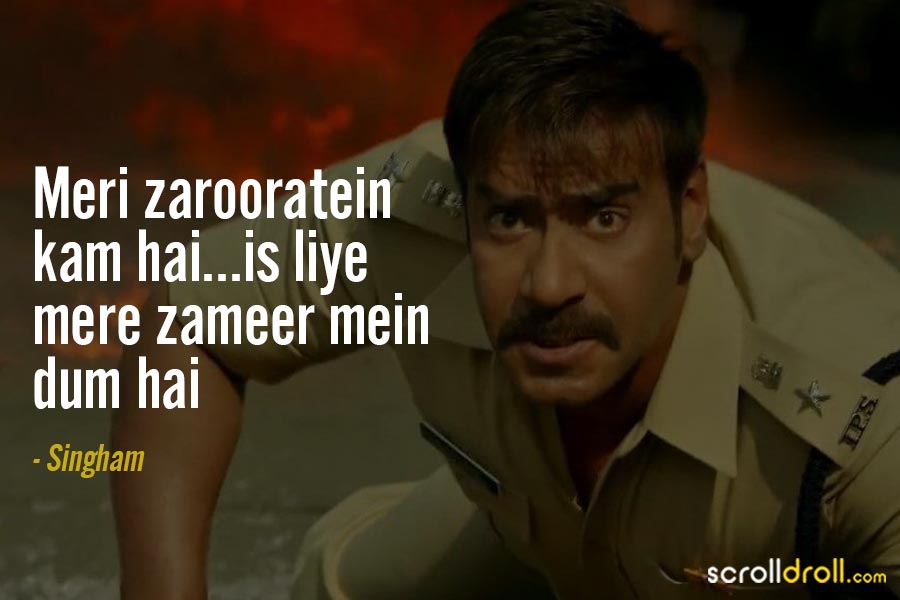 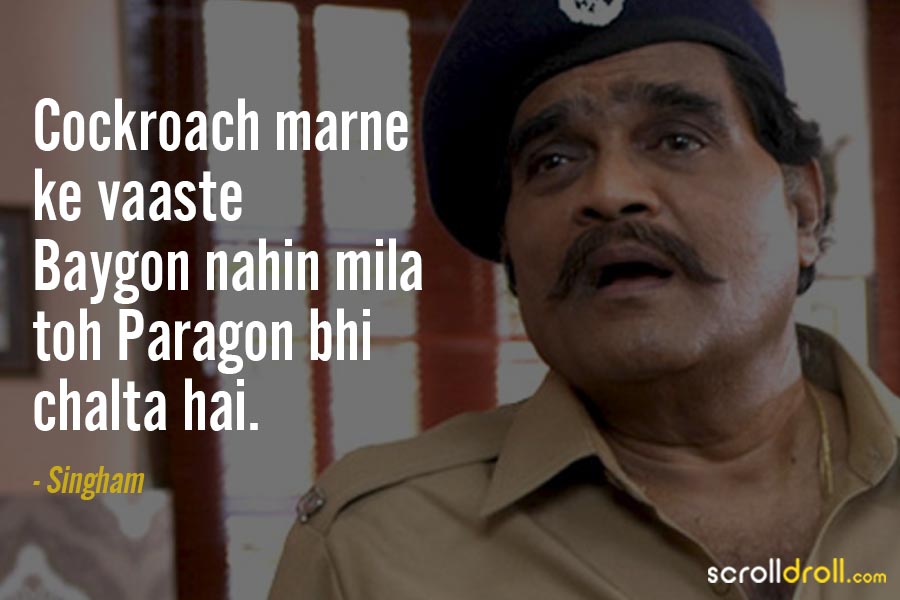 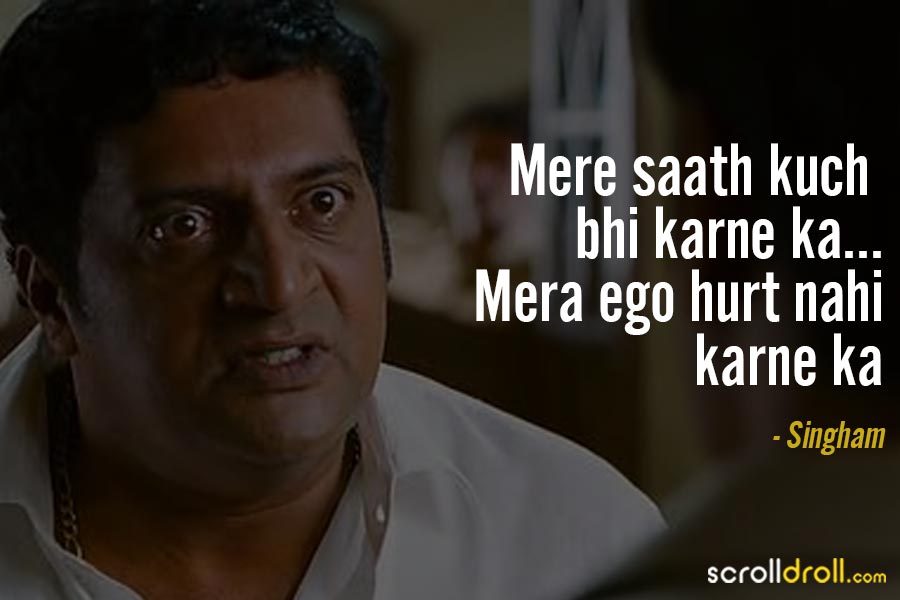 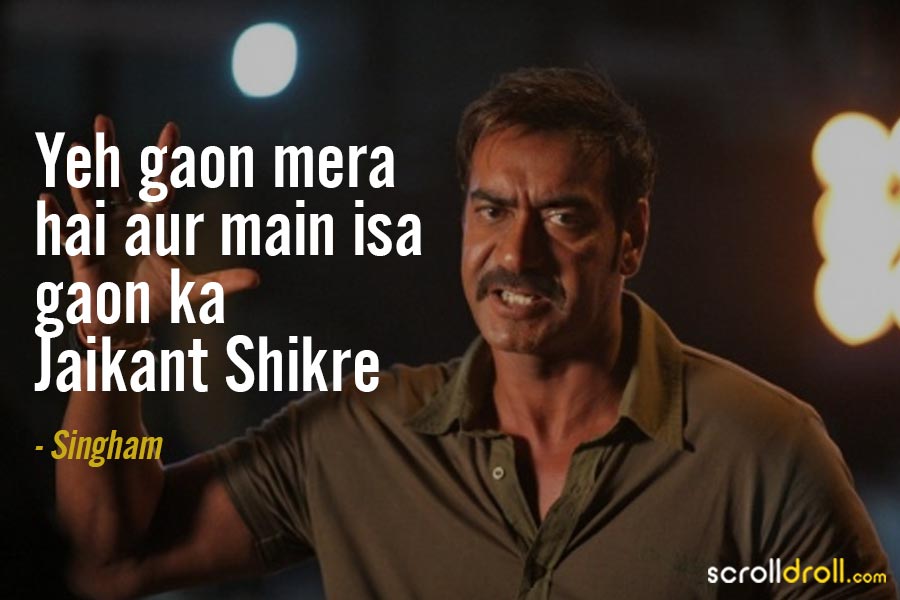 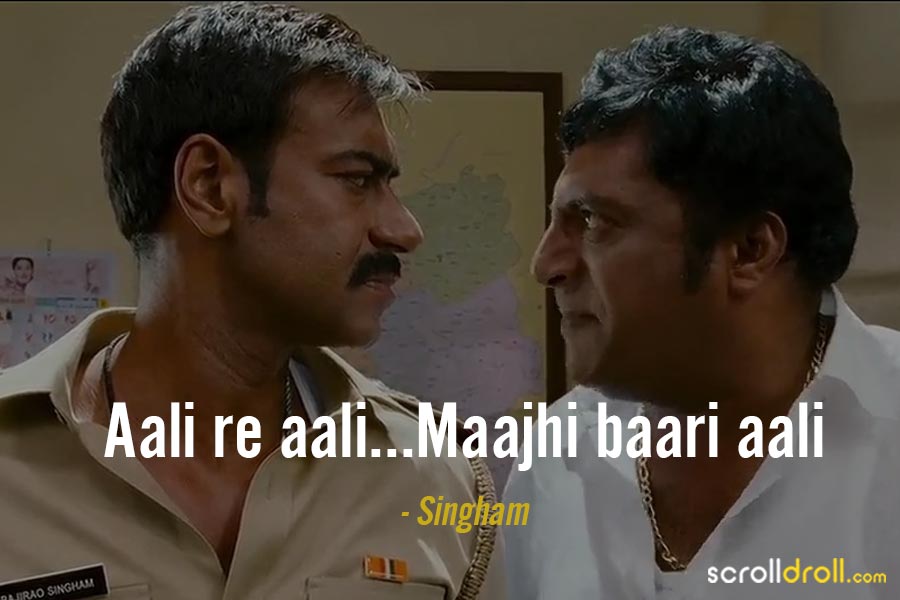 10. Life is death… but in disguise 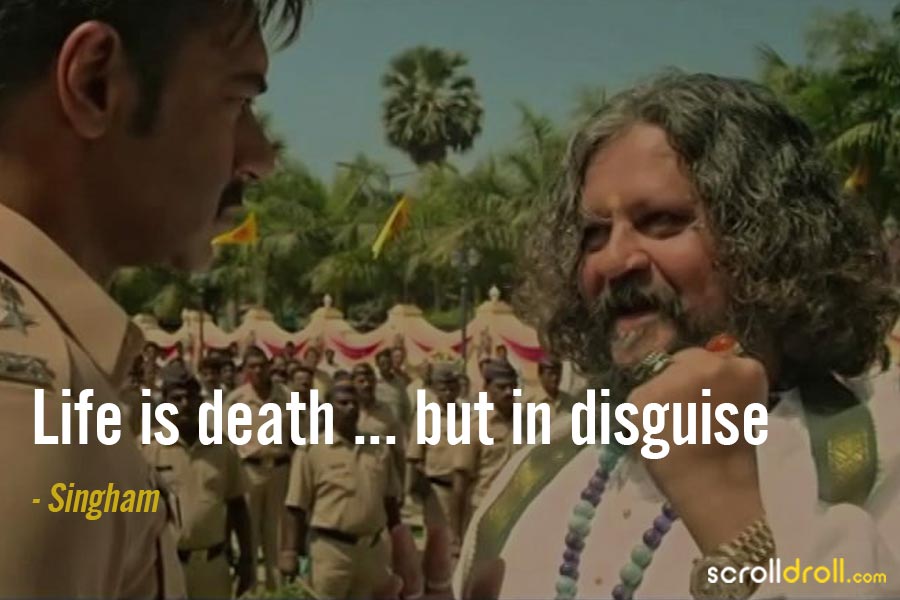 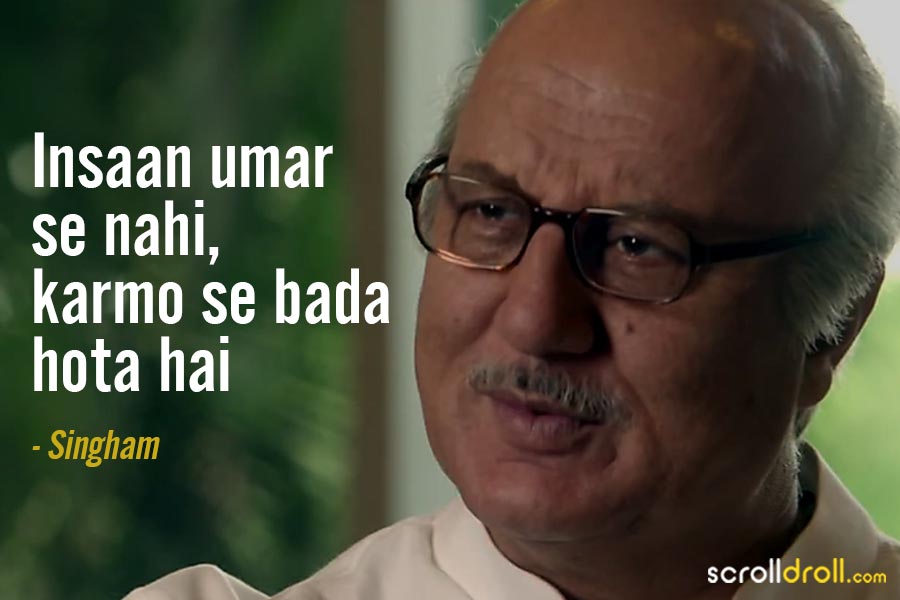 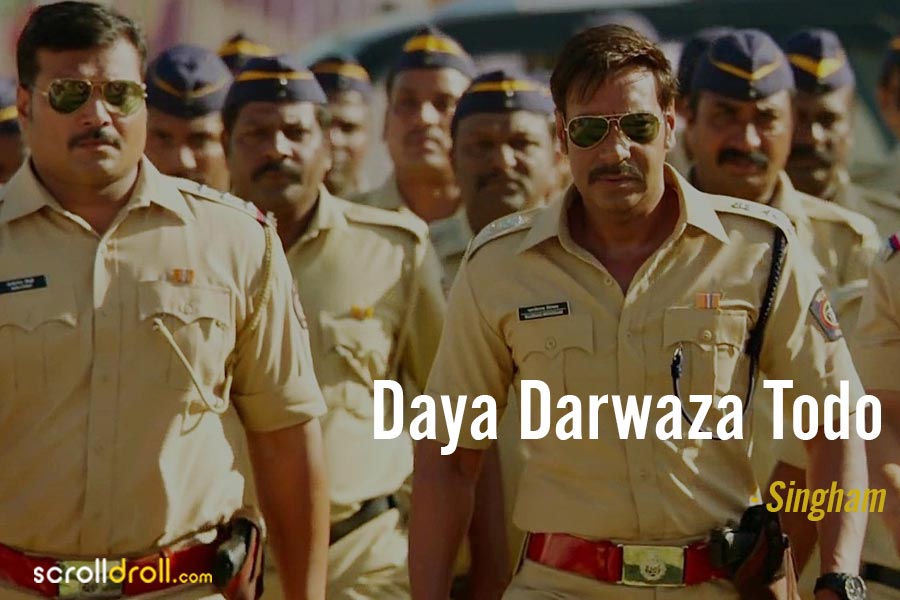 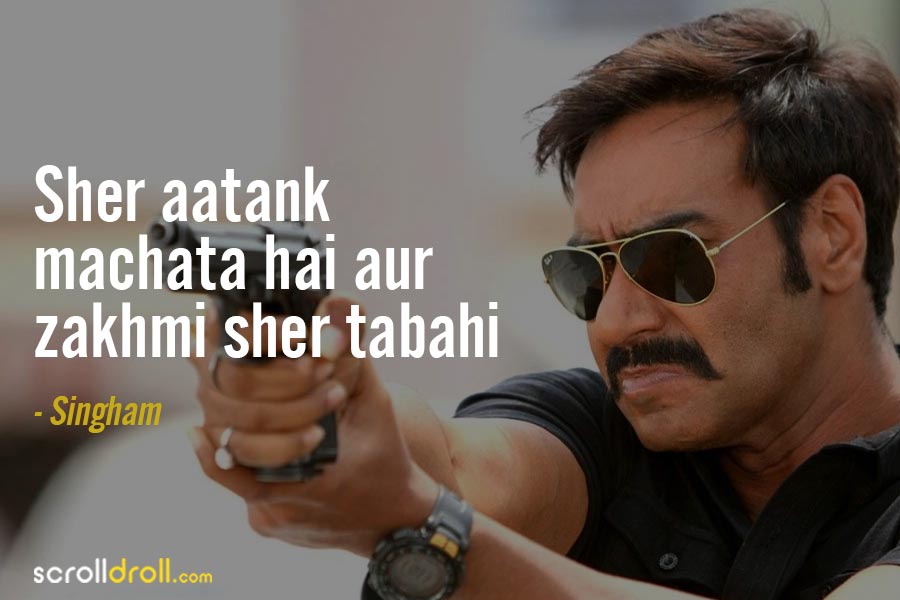 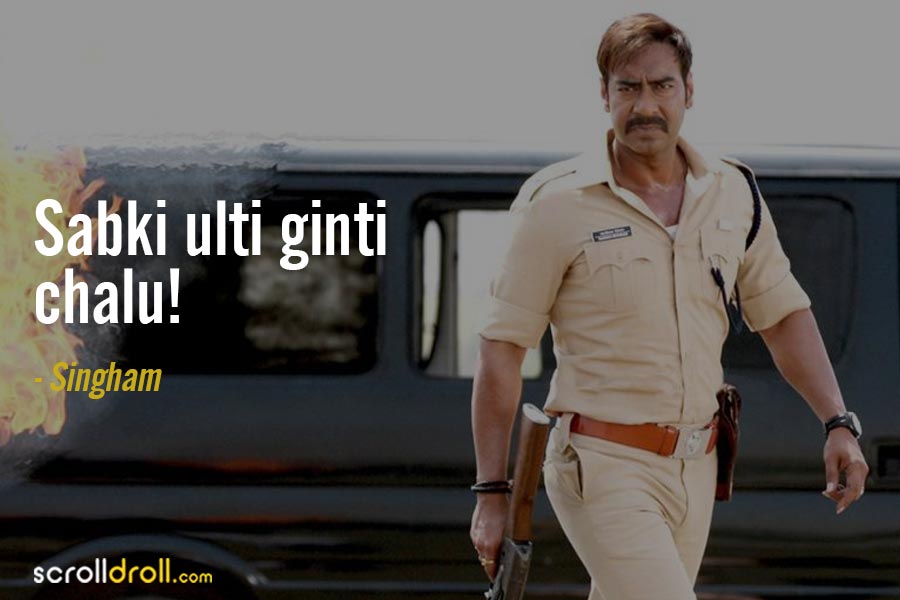 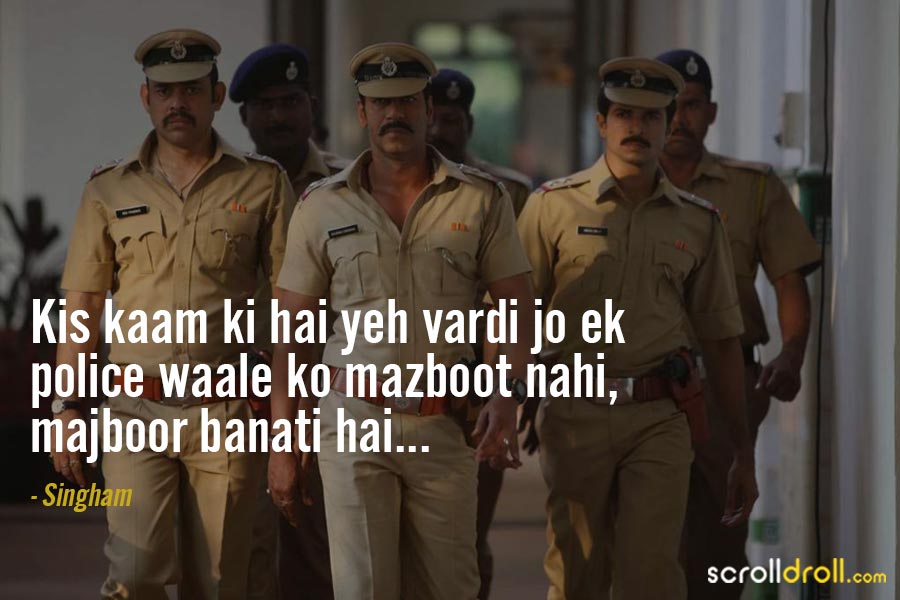 Which of these dialogues from Singham is your favorite? Do let us know in the comments below!