7 Dialogues From The Lunchbox About The Realities Of Life

In an industry when movies are shot with elaborate sequences with larger than life stars and exotic locations, The Lunchbox brings the audiences a very simple yet unusual love story. A movie that was critically acclaimed from all quarters, the beautiful script, amazing screenplay, powerful performances and dialogues from The Lunchbox also made it a commercial success at the box office.

Starring ace actor Irrfan Khan and Nimrit Kaur in lead roles, The Lunchbox is a tender story of love between Ila – a young house wife seeking her husband’s attention and Saajan Fernandes, a widower who works as an accountant. While the characters never meet, they exchange notes using a lunch box delivered by Mumbai Dabbawalas. The story celebrates tender emotions and the desire to love and to be loved.

We bring you some of the best dialogues from The Lunchbox about the harsh realities of life.

1. I think we forget things if there is nobody to tell them. 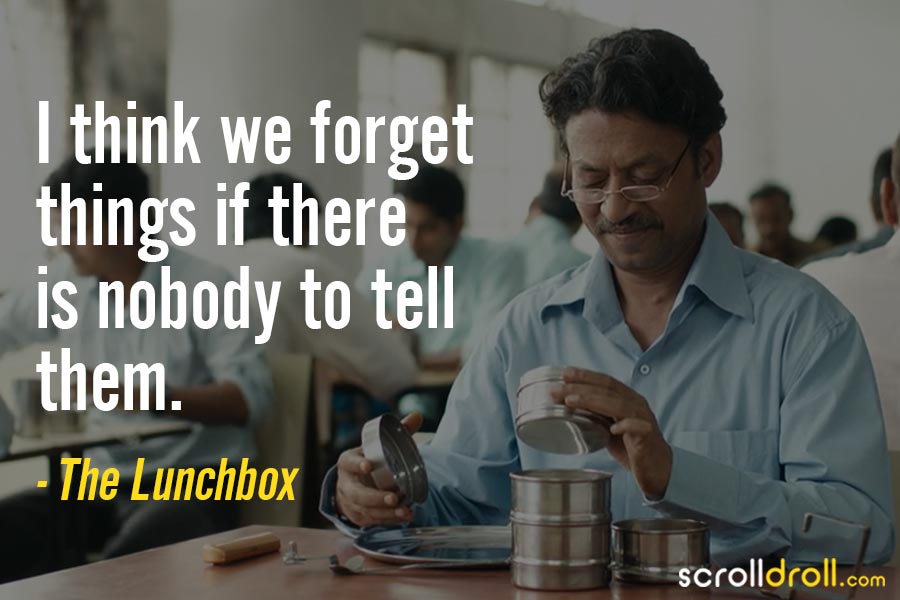 2. There are so many people in the city who only eat bananas for lunch, it’s cheap and it fills you. 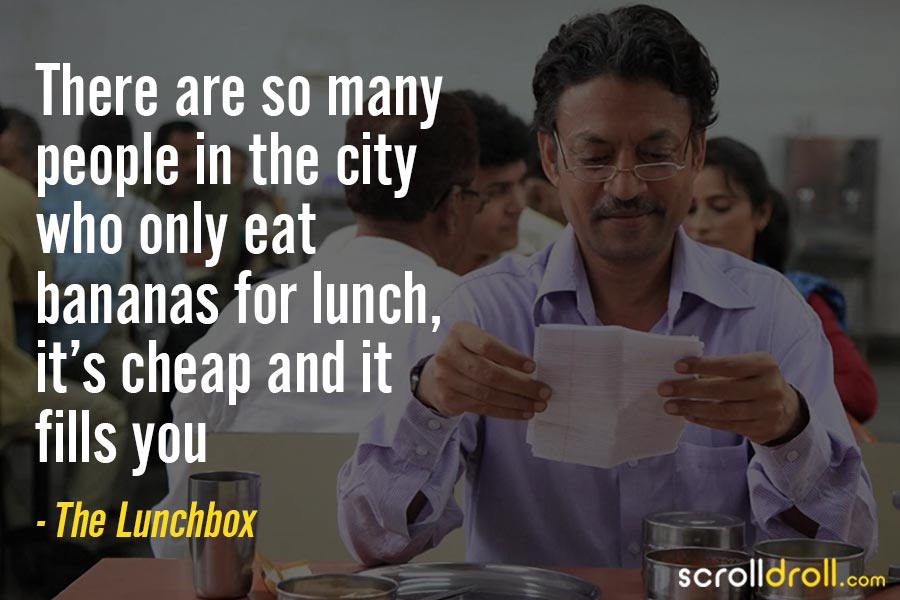 3. Life is very busy these days. There are too many people, and everyone wants what the other has. 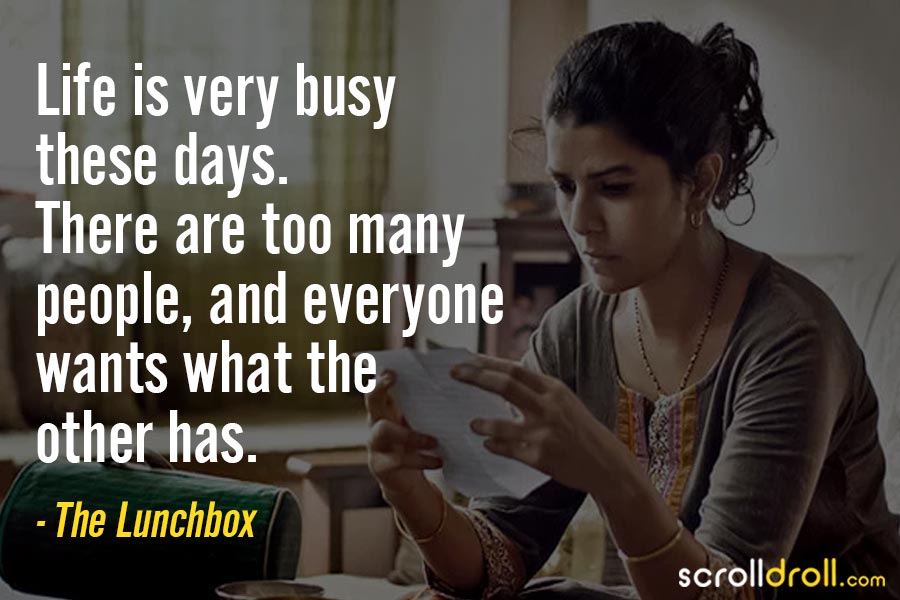 4. Sometimes even the wrong train takes us to the right station. 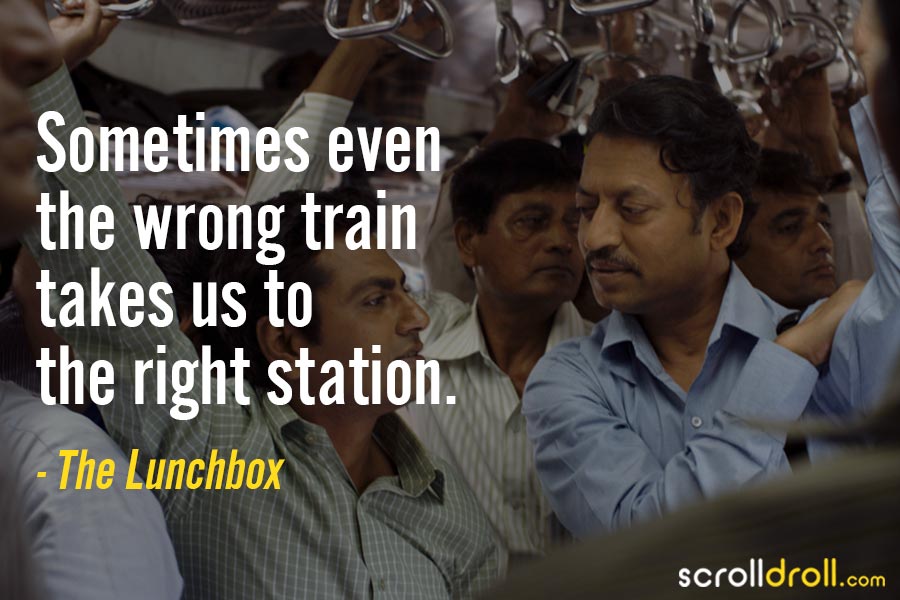 5. Things are never bad as they seem. 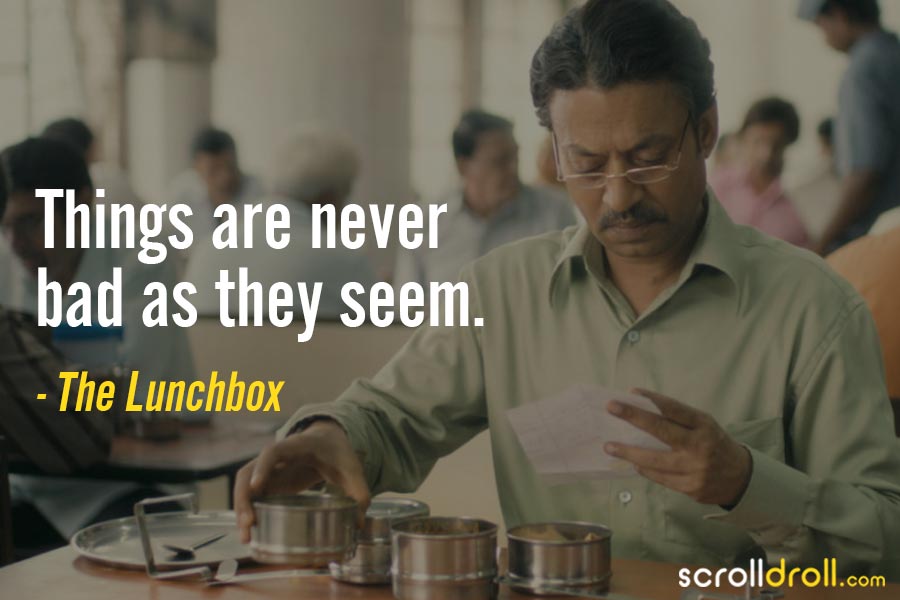 6. I wanted to come up and tell you this in person. But I just watched you wait. You were beautiful. 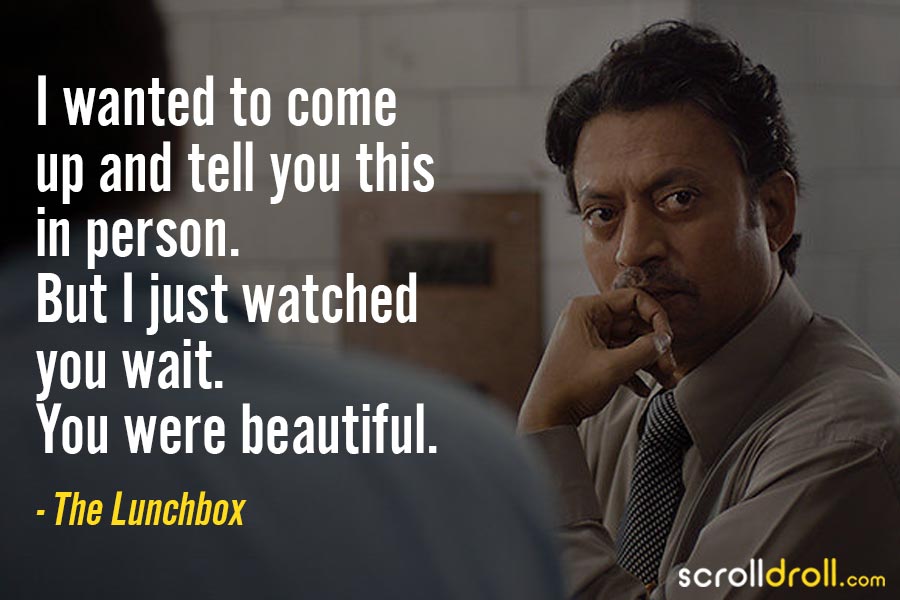 7. There is no value of talent in this country. 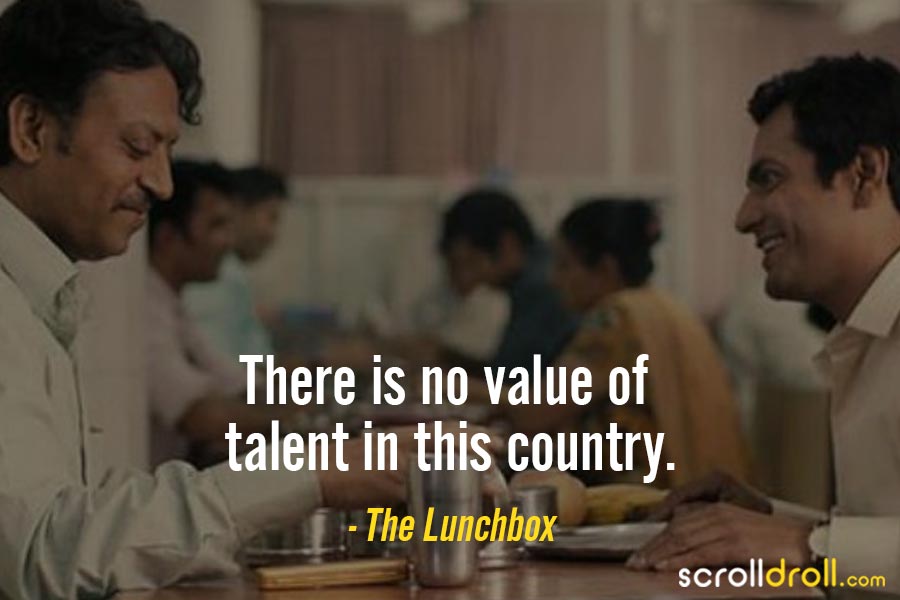 Did we miss out on any other memorable dialogues from The Lunchbox? Do let us know in the comments below.