20 Best Emma Watson Quotes That Will Inspire Every Woman

An English actress, model and activist, Emma Watson rose into prominence with the Harry Potter series where she played the role of Hermione Granger. Emma Watson hasn’t looked back since then and has worked in a number of hits like the 2017 musical romantic fantasy Beauty and the Beast and the coming-of-age drama Little Women (2019). She has also been a vocal activist for feminism and equality and Emma Watson quotes summarizes her beliefs and the causes she stands for. She was appointed as the UN Women Goodwill ambassador in 2014 and was a part of the UN Women campaign HeForShe, which advocates for gender equality.

We bring you some of the most powerful Emma Watson quotes

1.  Don’t feel stupid if you don’t like what everyone else pretends to love – Emma Watson 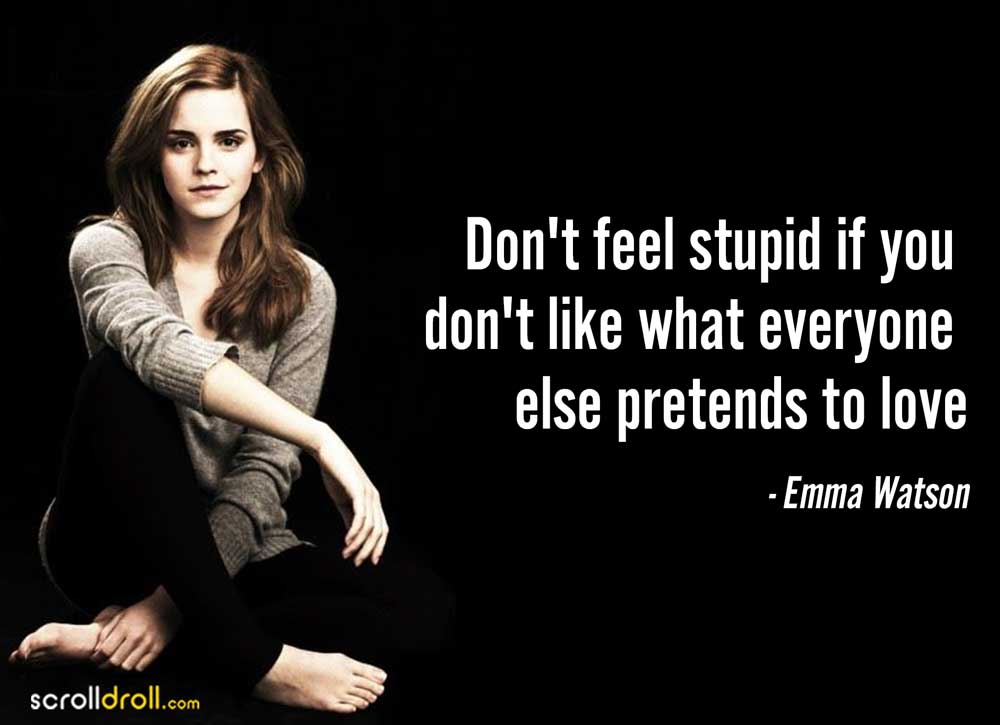 2. Girls should never be afraid to be smart. – Emma Watson 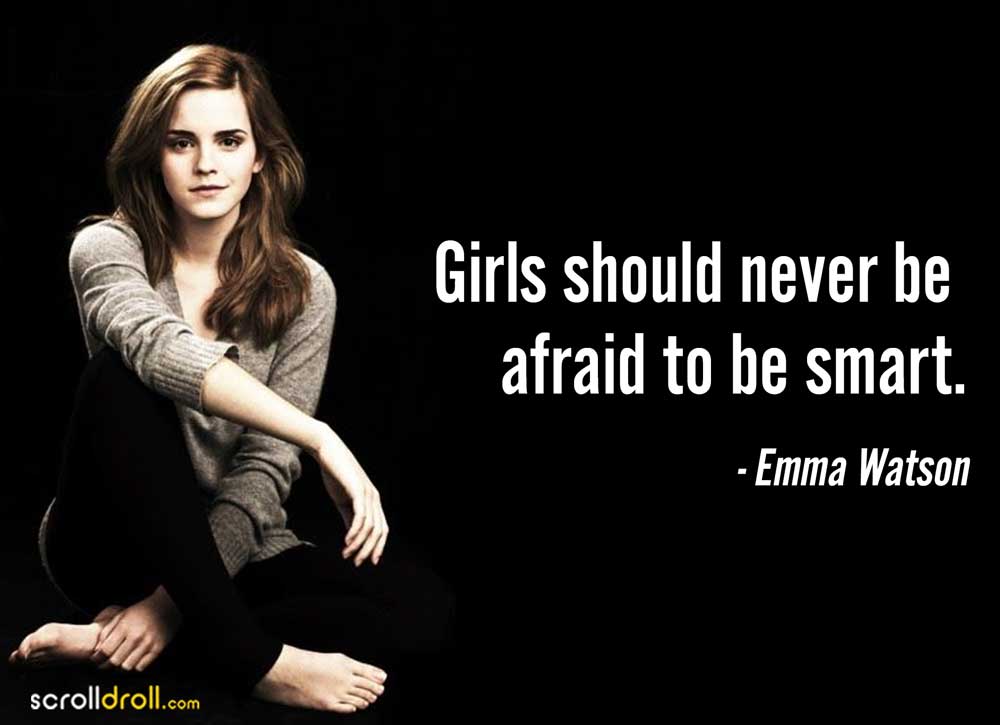 3. The less you reveal, the more people can wonder. – Emma Watson 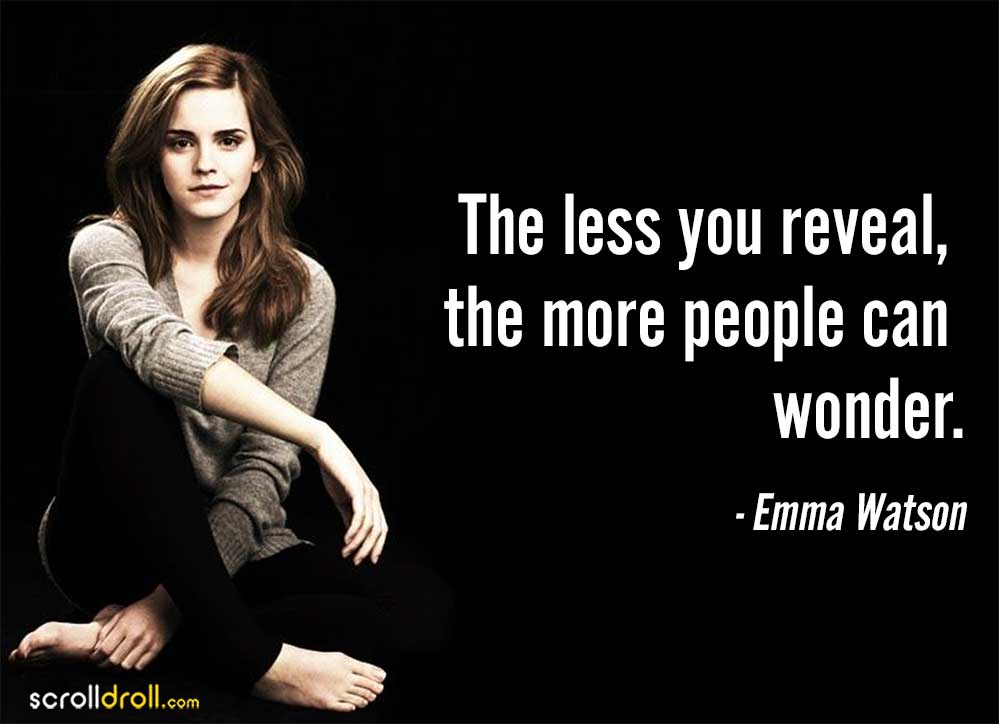 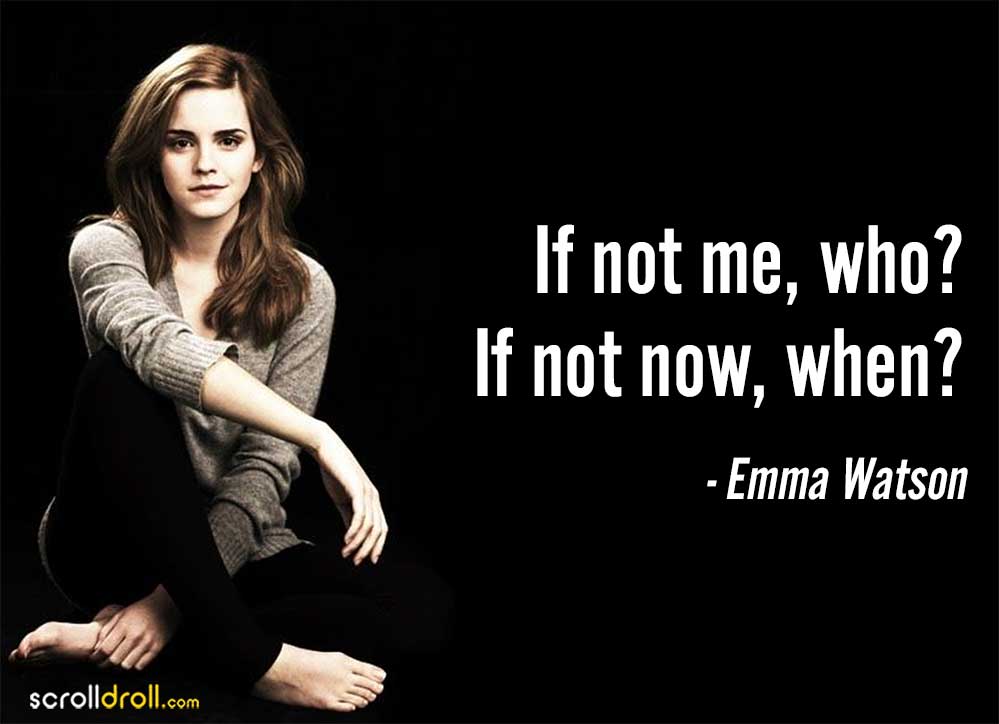 5. Feeling beautiful has nothing to do with what you look like, I promise. – Emma Watson 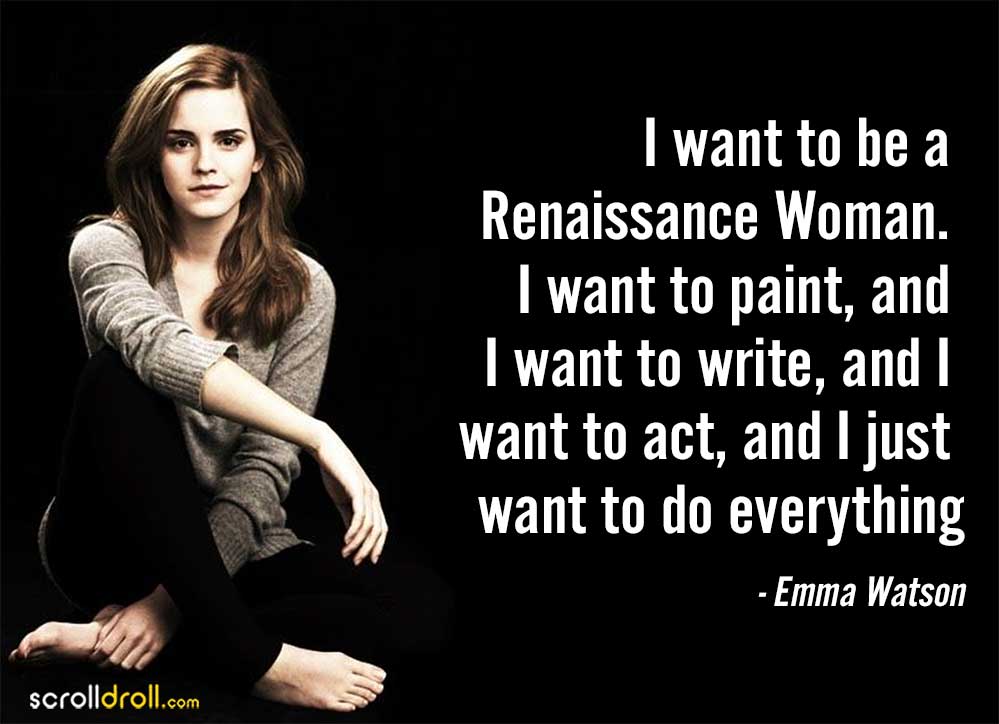 7. The saddest thing a girl can do is dumb herself down for a guy – Emma Watson 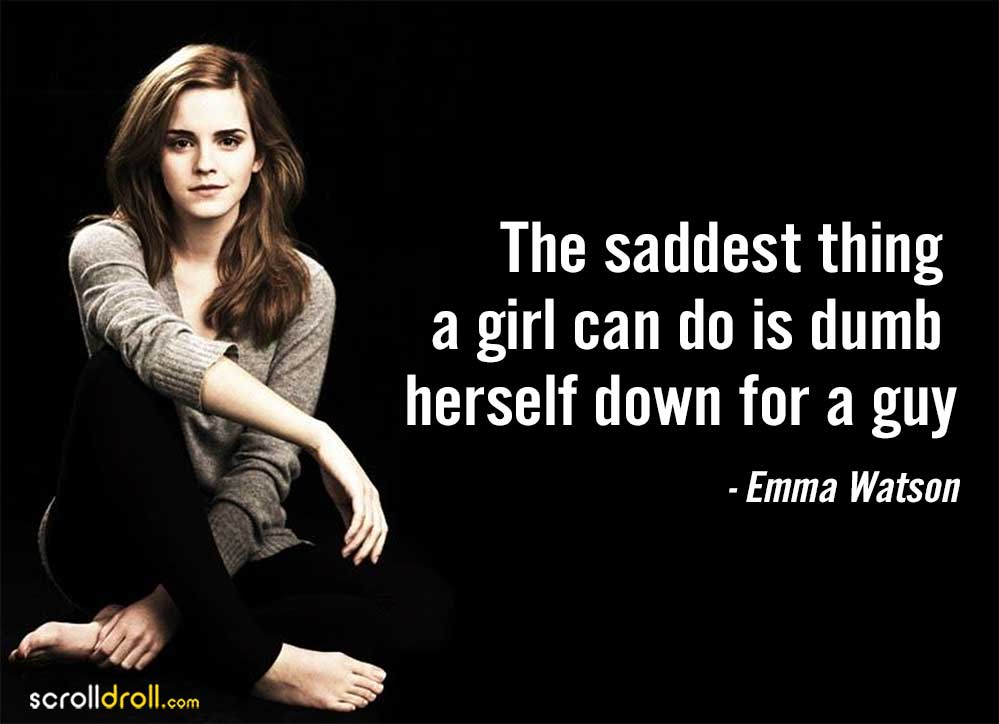 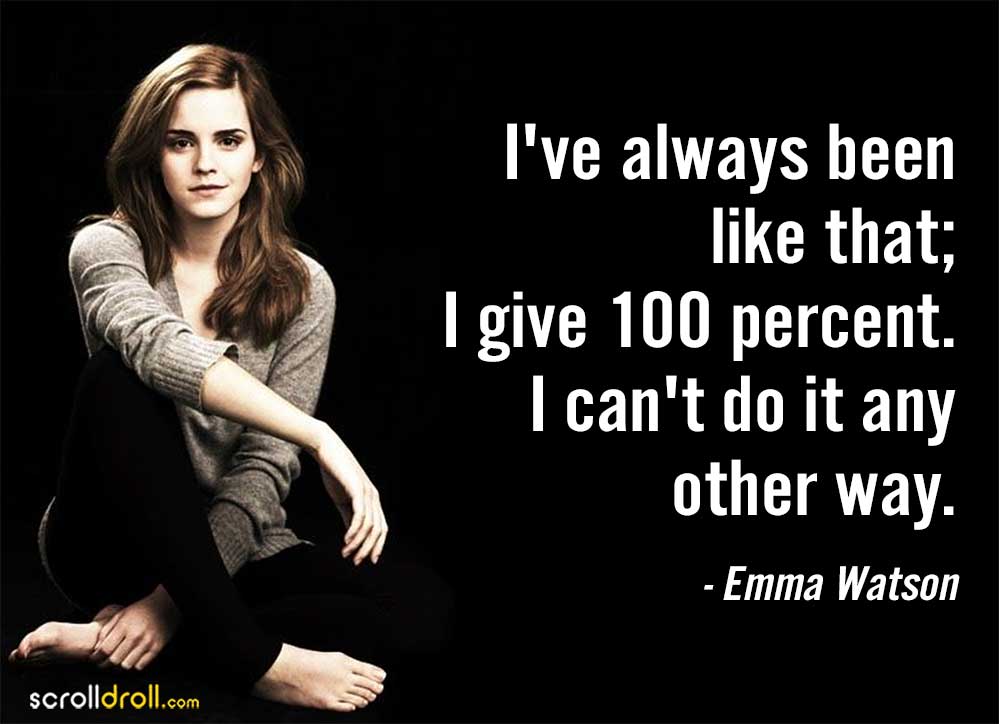 9. What gets scary is when your self-worth is tied up in what strangers think of you. – Emma Watson 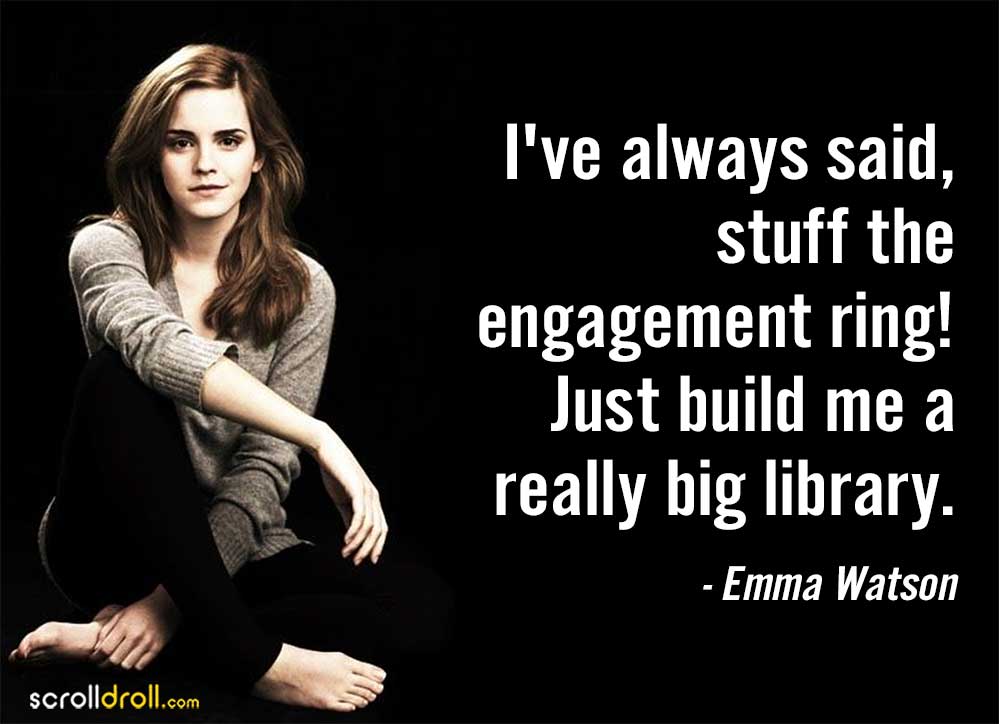 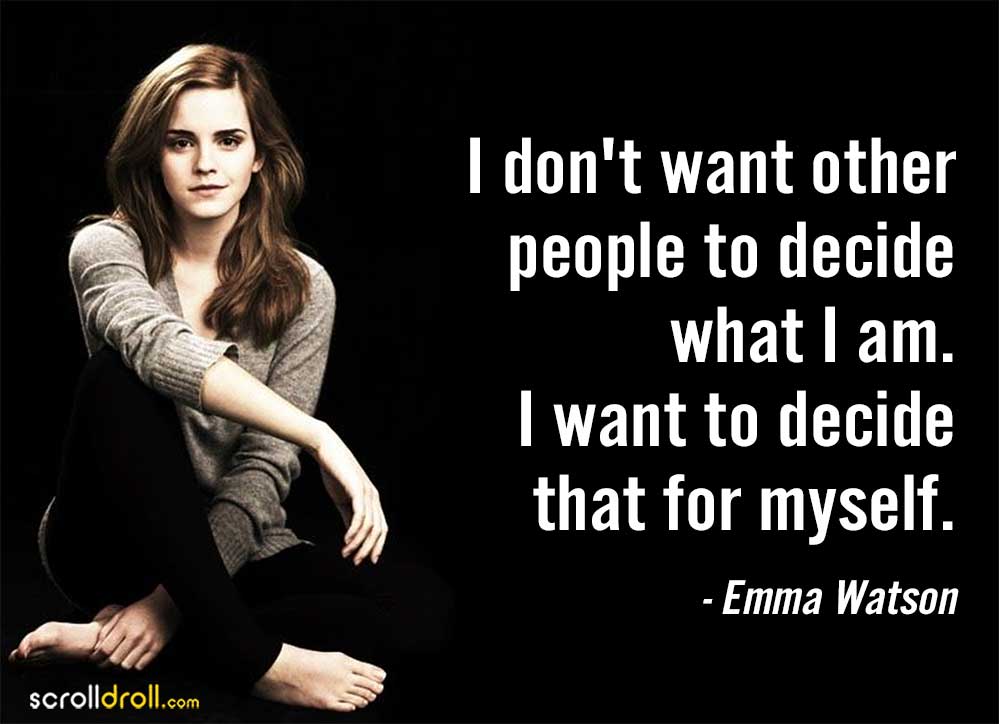 11. If you truly pour your heart into what you believe in, even if it makes you vulnerable, amazing things can and will happen. – Emma Watson 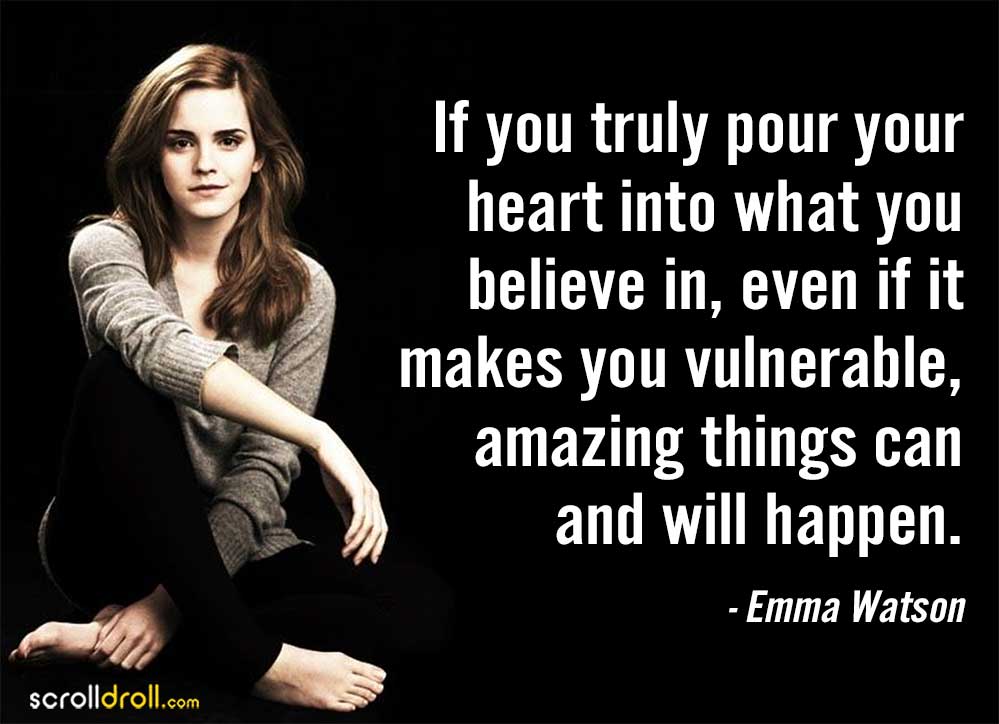 12. It’s not the absence of fear, it’s overcoming it. Sometimes you’ve got to blast through and have faith. – Emma Watson 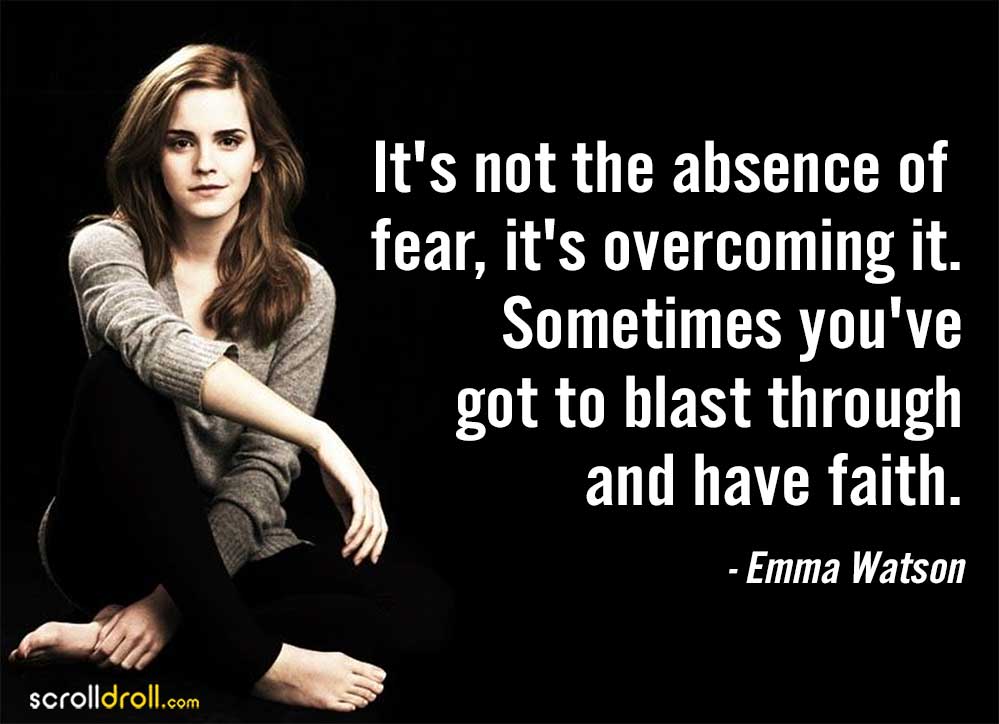 13. I don’t want the fear of failure to stop me from doing what I really care about – Emma Watson 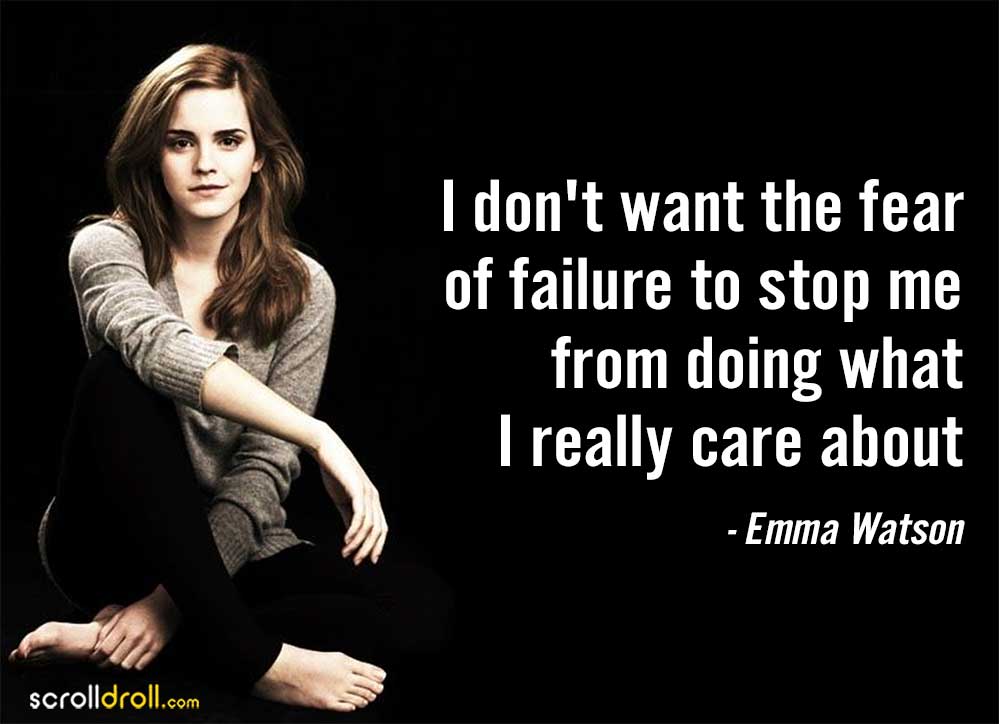 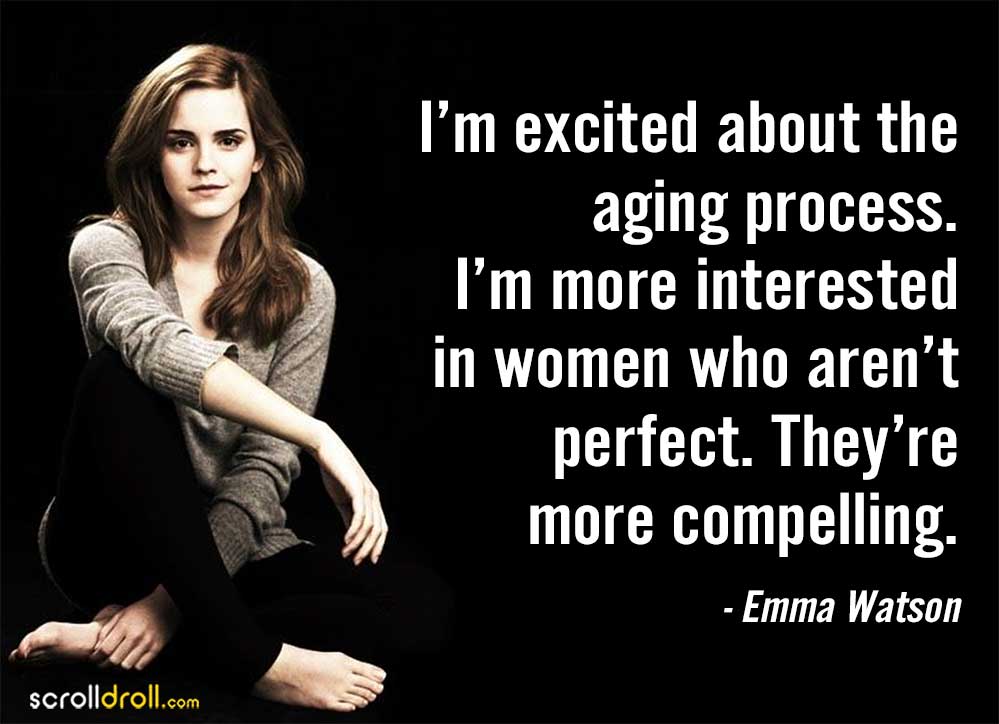 15. We want to empower people to take action and make change and translate their passion into really doing something. – Emma Watson 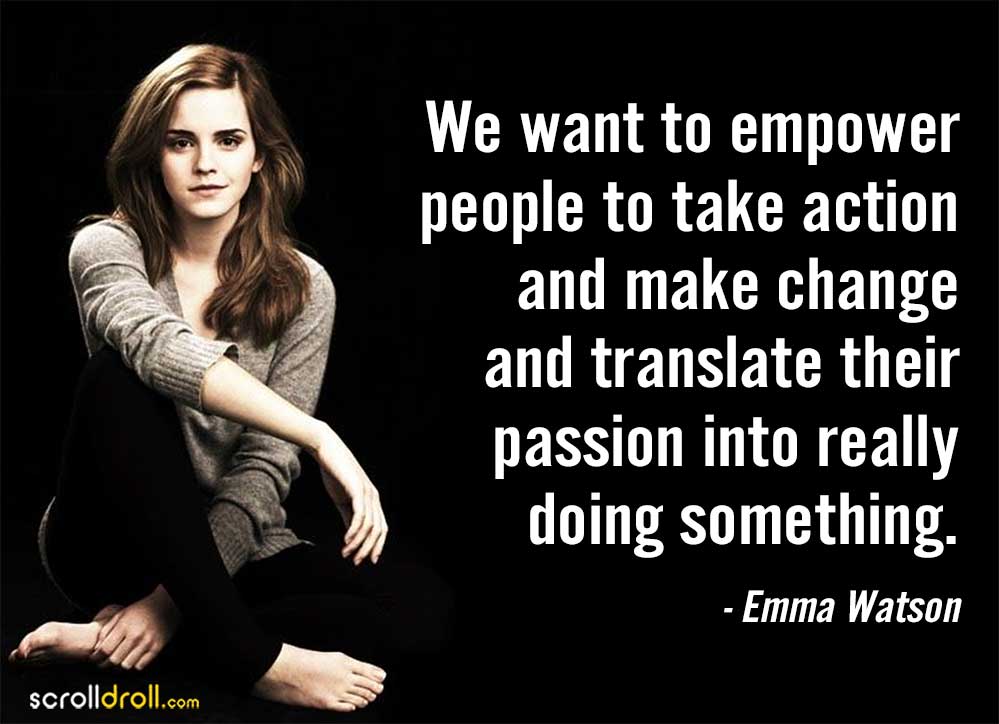 16. Don’t let anyone tell you what you can and can’t do or achieve. Do what you want to do and be who you want to be. – Emma Watson 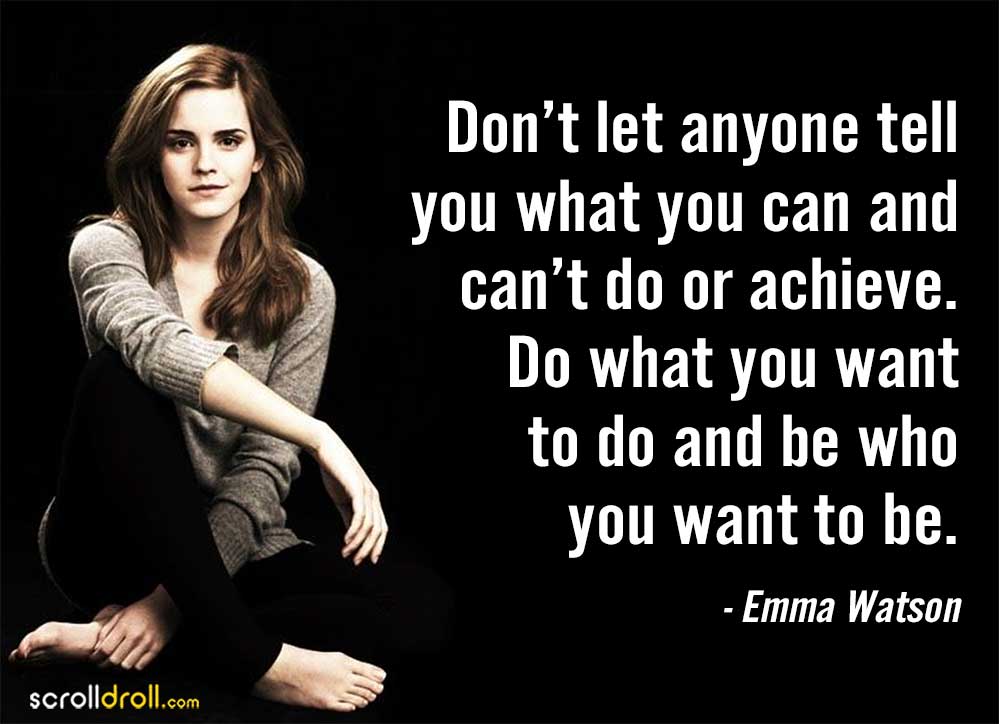 17. It’s a journey and the sad thing is you only learn from experience, so as much as someone can tell you things, you have to go out there and make your own mistakes in order to learn. – Emma Watson 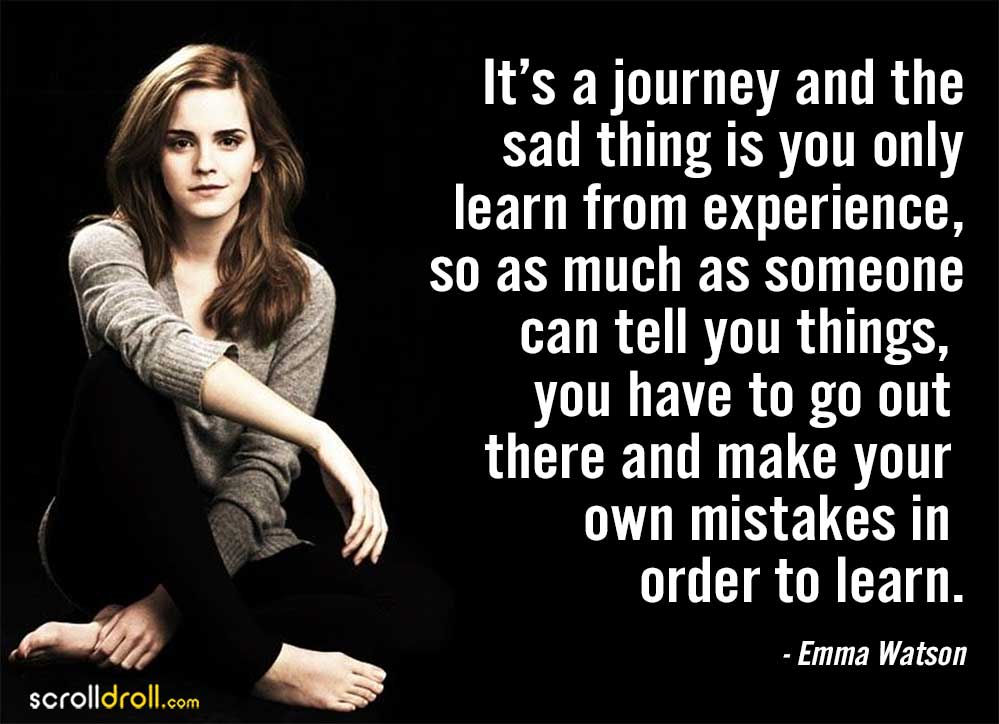 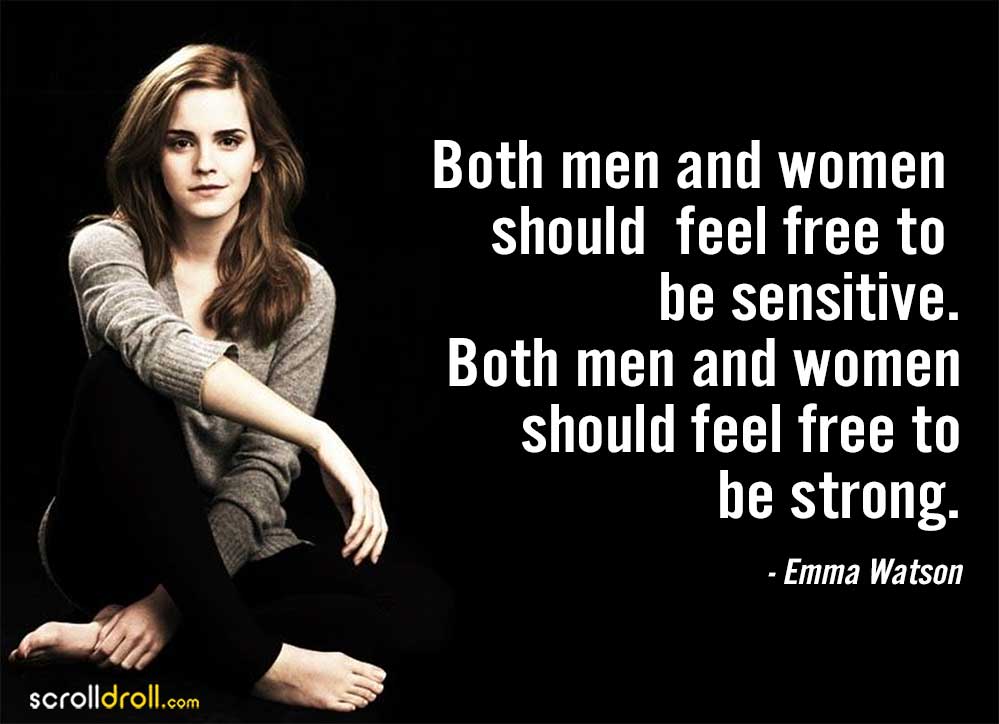 19. I’m reading so much and exposing myself to so many new ideas. It almost feels like the chemistry and the structure of my brain is changing so rapidly sometimes. – Emma Watson 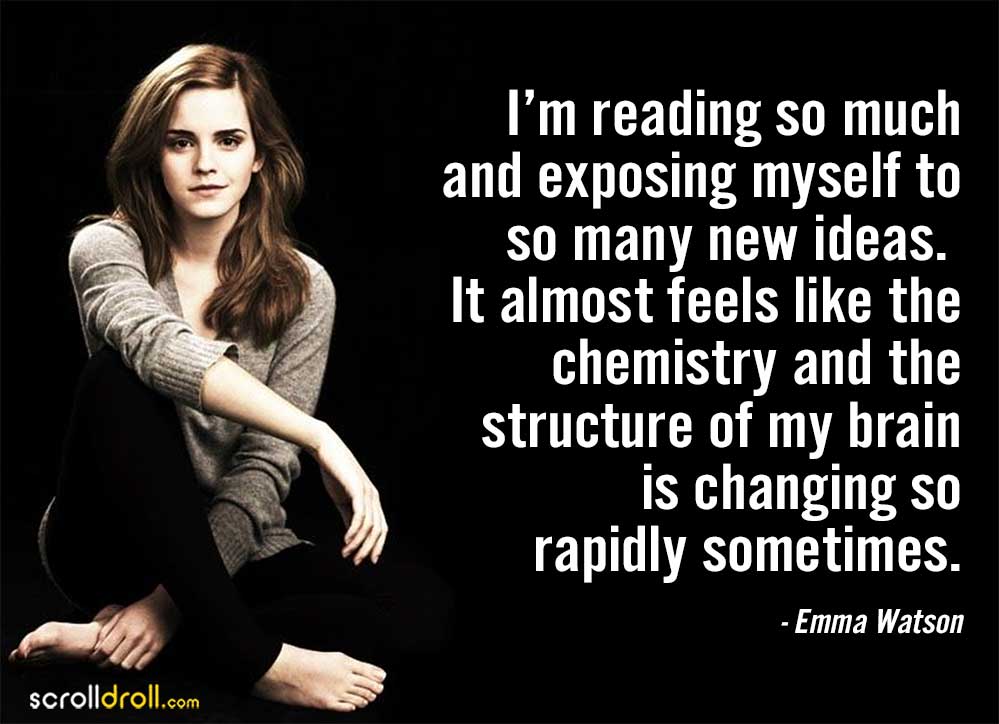 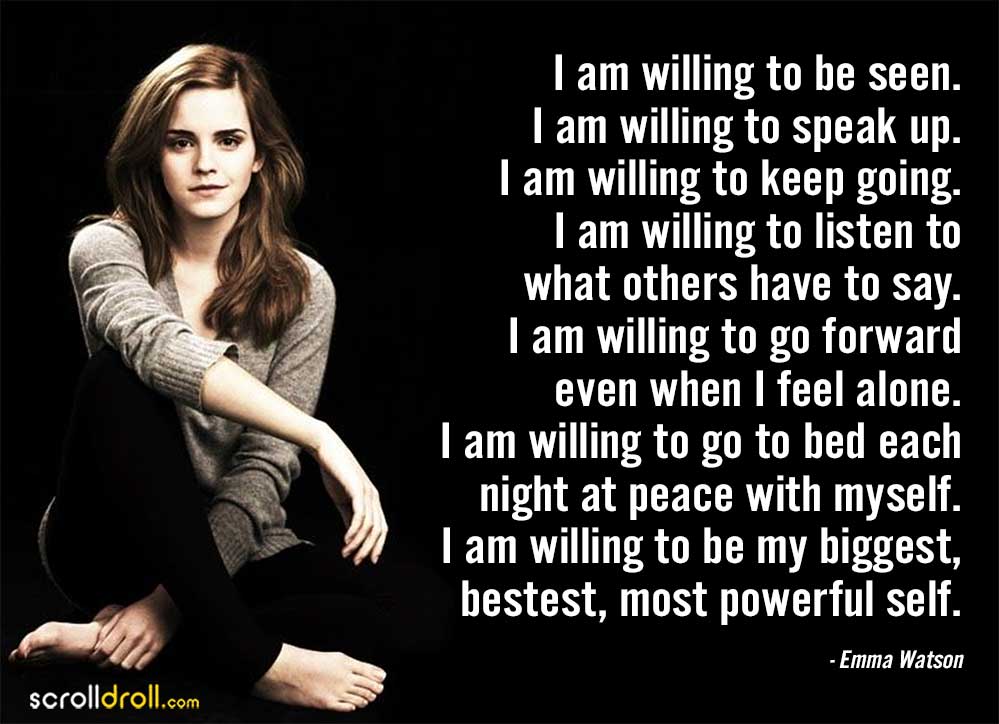 An outspoken feminist, Emma Watson has been working as an activist for several years now. She has described feminism as the belief that men and women should have equal rights and opportunities & has also said that the perception of “man-hating” is something that “has to stop.” She has also been included on the Time 100 list of the world’s most influential people.

Which of these Emma Watson quotes did you find the most hard hitting?