Anime is a multifaceted art form with unique production techniques that have evolved in reaction to new technologies. It mixes graphic design, character development, cinematography, and other creative and unique methods. Character dimensions and features can be quite different, with a common characteristic being big, expressive eyes. Different artistic techniques are employed. You can enjoy some fantastic anime by referring to this list of the best English dubbed anime series!

Also Read: 10 Most Inspirational Anime You Must Watch Immediately

1. Tokyo Ghoul
Tokyo is under attack from a hideous threat: flesh-eating “ghouls” who look like people and mix in with the local populace. Ken Kaneki, a reserved college student, hides his head in his books and stays away from the news of the escalating catastrophe. Rize Kamishiro, a gorgeous woman, walks up to him and politely asks him out on a date, breaking his seclusion. Kaneki realises she isn’t as kind as she first seemed and that she has been deceiving him while accompanying Rize home. He later awakens in a hospital after a devastating battle and learns that his life was saved by having the now-deceased Rize’s organs transplanted into his own body. Kaneki changes into a human-ghoul hybrid as his body starts to mutate in horrible ways. 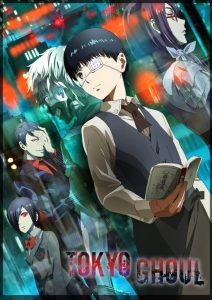 2. Attack On Titan
Humanity was nearly wiped off by monster humanoids known as Titans centuries ago, forcing people to hide in dread behind vast concentric walls. The fact that these giants’ appetite for human flesh seems to have been sparked by pleasure rather than hunger is what makes them so incredibly horrifying. After the remnants of humanity started constructing protective barriers to ensure their existence, there were no giant encounters for a hundred years. A massive Titan manages to breach the ostensibly impregnable outer wall, breaking the delicate calm, reigniting the struggle for survival against the man-eating abominations.

3. Death Note
The world of humans is tainted by brutal murders, small-time thefts, and needless violence. The world of the death gods, on the other hand, is a mundane, unchangeable gambling den. Both the cruel deity of death Ryuk and the brilliant 17-year-old Japanese student Light Yagami share the conviction that their worlds are corrupt. Ryuk releases his “Death Note” into the world of humans for his own enjoyment. The first rule Light discovers is absurd: The person whose name is listed in this memo shall perish. Light experiments by writing a criminal’s name, which disturbingly reenacts his first crime, but the temptation is too much. 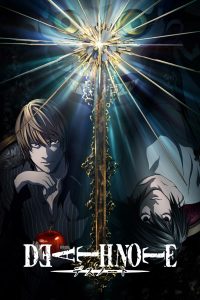 4. Fairy Tail
The vivacious Lucy Heartfilia in the enchanted Kingdom of Fiore has one wish: to join the legendary Fairy Tail, one of the numerous magical wizard guilds dispersed over the continent. Fortunately, she stumbles into Natsu Dragneel, the fabled guild’s “Salamander,” who whisks her away. Fairy Tail’s strong mages have a little propensity towards trouble, from Natsu’s competitive shenanigans with ice wizard Gray Fullbuster to the ominous presence of the unequalled battle goddess Erza Scarlet. The absolute and unwavering trust that has developed between each guild member is stronger than family and has been forged through all the lucrative odd jobs and adventures to prevent the end of the world. 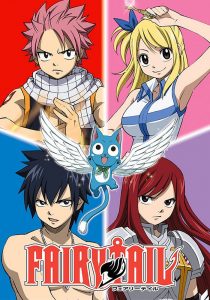 5. Naruto
A massive monster is known as the Kyuubi, the Nine-Tailed Fox, ravaged Konohagakure, the Hidden Leaf Village, just before Naruto Uzumaki was born, wreaking disaster. The Fourth Hokage, the head of the village, gave his life to stop the Kyuubi’s rampage, sealing the horrible beast inside the newborn Naruto. Now, Naruto is a hyperactive, brash ninja who continues to reside in Konohagakure. As a result of the Kyuubi inside of him, Naruto is shunned by the community and struggles to fit in. At the same time, his unquenchable ambition to succeed as Konohagakure’s Hokage introduces him to both wonderful new friends and dangerous enemies. This is one of the most iconic English dubbed anime series! 6. Hunter x Hunter
Hunters dedicate their lives to carrying out risky missions, such as exploring undiscovered regions of the earth and looking for rare objects and beasts. To become a Hunter, one must pass the Hunter Examination, a risky selection process where the majority of candidates wind up disabled or, worse, dead. Ambitious students have their own motivations for taking the infamous exam. Finding Ging, his father and a Hunter himself, is what 12-year-old Gon Freecss is driven to do. Gon starts down the route to becoming a Hunter because he thinks that by doing so, he will eventually run into his father. 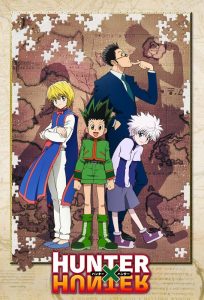 7. Overlord
The last few minutes of the well-known virtual reality game Yggdrasil are here. However, when the servers start to go down, Momonga, a formidable wizard and the leader of the evil guild Ainz Ooal Gown, chooses to spend his final moments playing the game. To his amazement, Momonga is still fully awake as his character even though the clock has struck midnight, and additionally, the non-player characters seem to have grown identities of their own! When faced with this unusual circumstance, Momonga orders his obedient followers to assist him in exploring and taking control of this new universe in order to learn what has caused this development and whether there are any other individuals experiencing a similar condition. 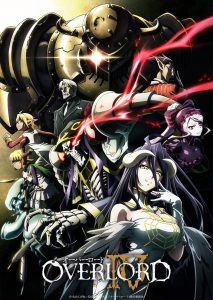 8. A Silent Voice
Shouya Ishida, an elementary school student, was a wild child who used the cruelest methods to combat boredom. Shouko Nishimiya, a deaf student, transfers into his class, and Shouya and the rest of his classmates cruelly abuse her for amusement. He is picked out and held accountable for everything that happened to her, though, after her mother alerts the school. Shouko leaving the school has left Shouya at the mercy of his classmates. He endures merciless exclusion throughout elementary and middle school, and teachers do nothing to stop it. Shouya is still troubled by his wrongdoings as a young child even though he is in his third year of high school. Sincerely repenting of his previous deeds, he embarks on a voyage of redemption in order to reunite with Shouko. 9. The Seven Deadly Sins
The Holy Knights of Britannia, adored yet feared, guard the area of Britannia and its kingdoms with incredibly potent magic in a setting resembling the European Middle Ages. To depose the monarch of Liones, a tiny group of the Knights allegedly betrayed their country and turned their swords against their allies. The Holy Knights vanquished them, but stories persisted that the mythical knights known as the “Seven Deadly Sins” were still alive. Ten years later, the Holy Knights themselves carried out a coup d’état and took control of the Kingdom of Liones as oppressive new overlords. 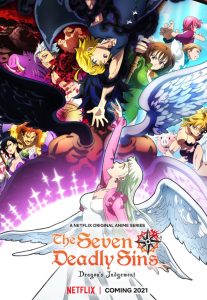 10. Black Clover
On the same day, Asta and Yuno were left behind at the same church. Growing up together, they learned of the “Wizard King,” the name given to the most powerful mage in the realm, and made a pact to battle it out to be the next Wizard King. But as they grew older, it was clear how drastically they differed from one another. Asta is unable to use magic at all and is urgently trying to develop his abilities through physical training, in contrast to Yuno, who can use magic with astounding power and control. 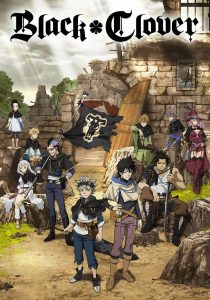 With this list of the best English dubbed anime series, we can bet that you have a new found interest in anime!