Indian Space Research Organisation, the pioneer space exploration agency of the Government of India, has bagged the prestigious record of sending a Mars orbiter in its very first attempt. ISRO was formed in 1969 with a vision to develop and harness space technology in national development while pursuing planetary exploration and space science research. The success of the Mars Orbiter Mission made India only the fourth country in the world to reach the Martian orbit.

ISRO has many secrets hidden in their sleeves. So, we bring you 10 facts about it that you didn’t know

1. All of ISRO’s equipments have the three horizontal lines of ‘Vibhuti’ and ‘Kumkum’, similar to the one seen on Lord Shiva’s forehead. 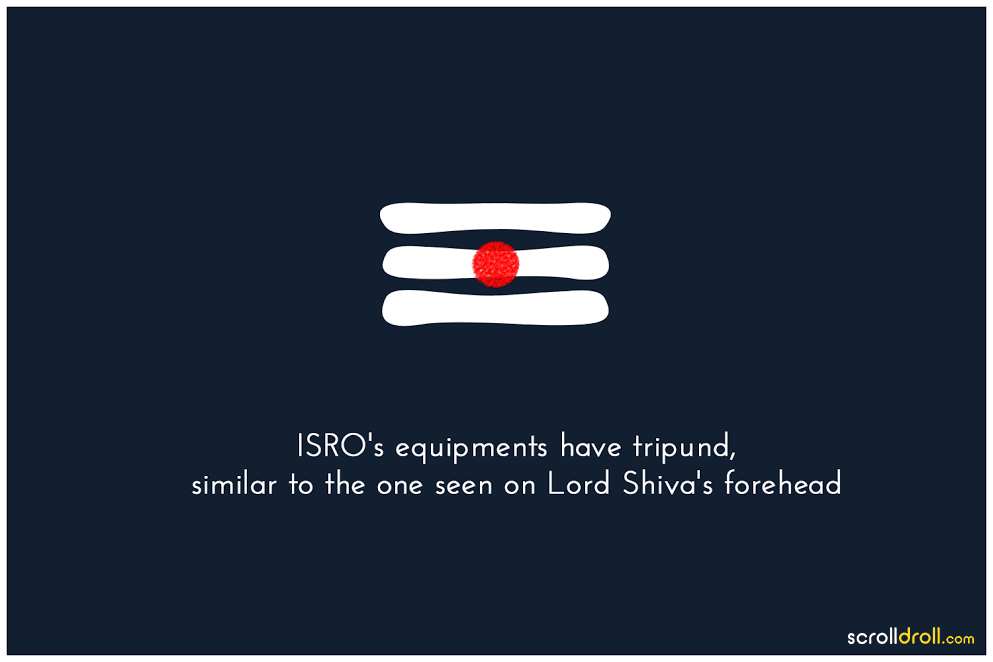 2. Before every satellite launch, scientists visit Sri Kshetra Dharmasthala and offer prayers to Lord Manjunathaswamy. Puja is also offered to a miniature model of the satellite. 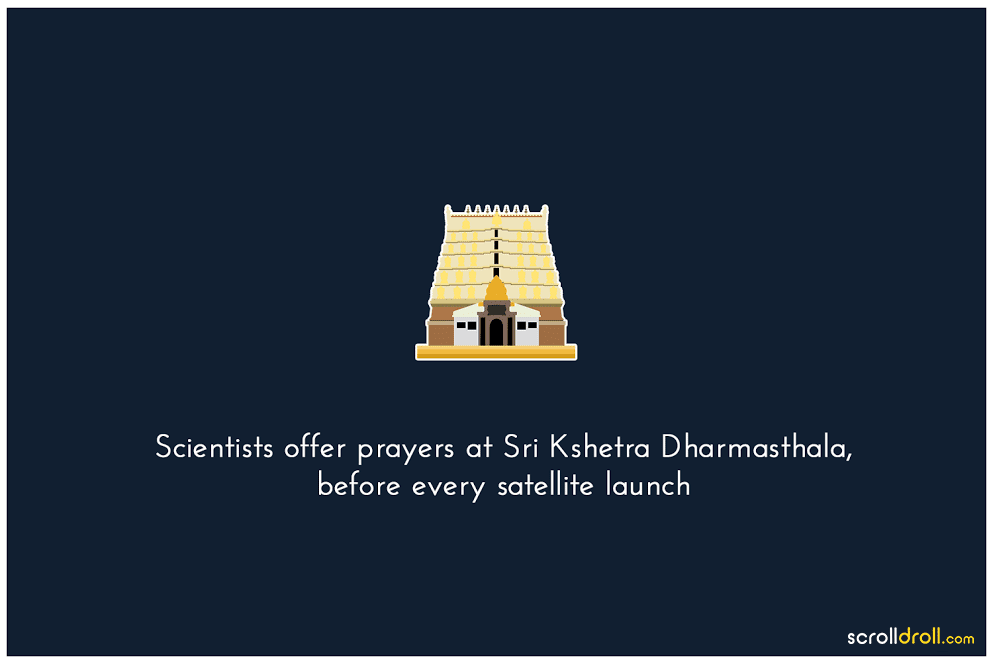 3. ISRO’s Apple Satellite was carried on a bullock cart for an antenna-range test in 1981. It was done so because bullock carts are made of wood, and the alternative trucks are made of metals, which would interfere with the signals. 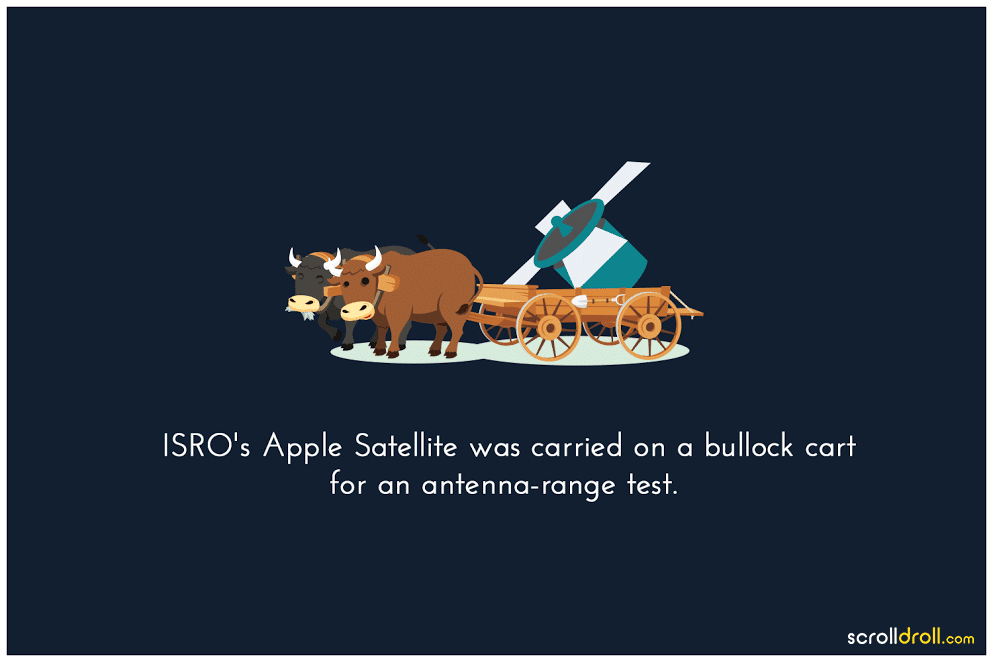 4. ISRO sent the Mars orbiter to the red planet in 2013, making India the first country to do so in its first attempt, that too in a budget less than the film Gravities. Prime Minister Narendra Modi once famously remarked, “A one-km auto rickshaw ride in Ahmedabad takes Rs 10 and India reached Mars at Rs 7 per km which is really amazing.” 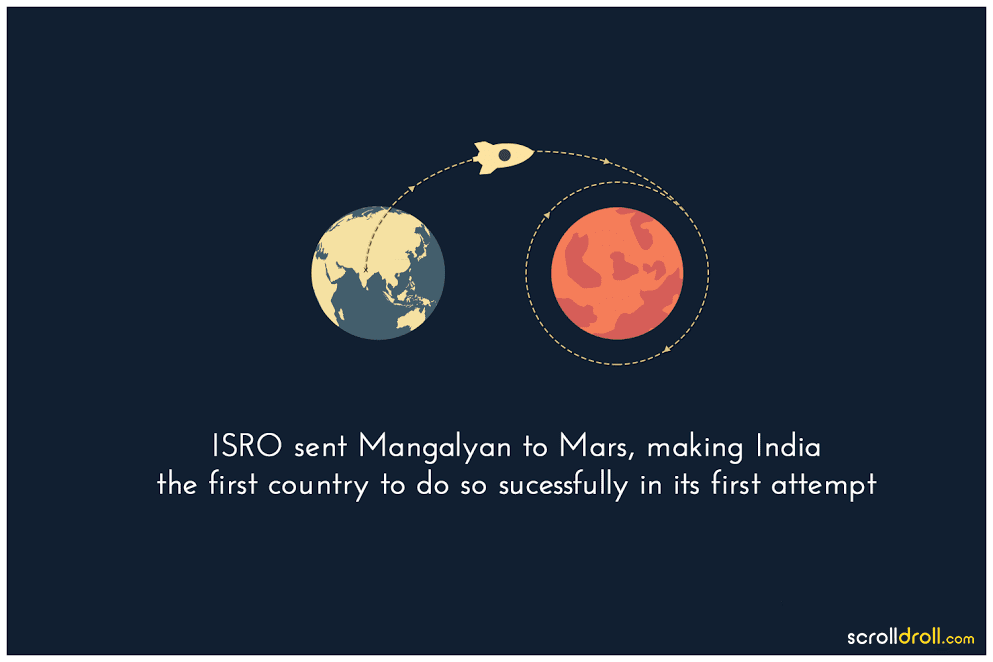 5. Chandrayan – India’s first lunar mission launched in 2008, made India the 4th country to host its flag on the moon. 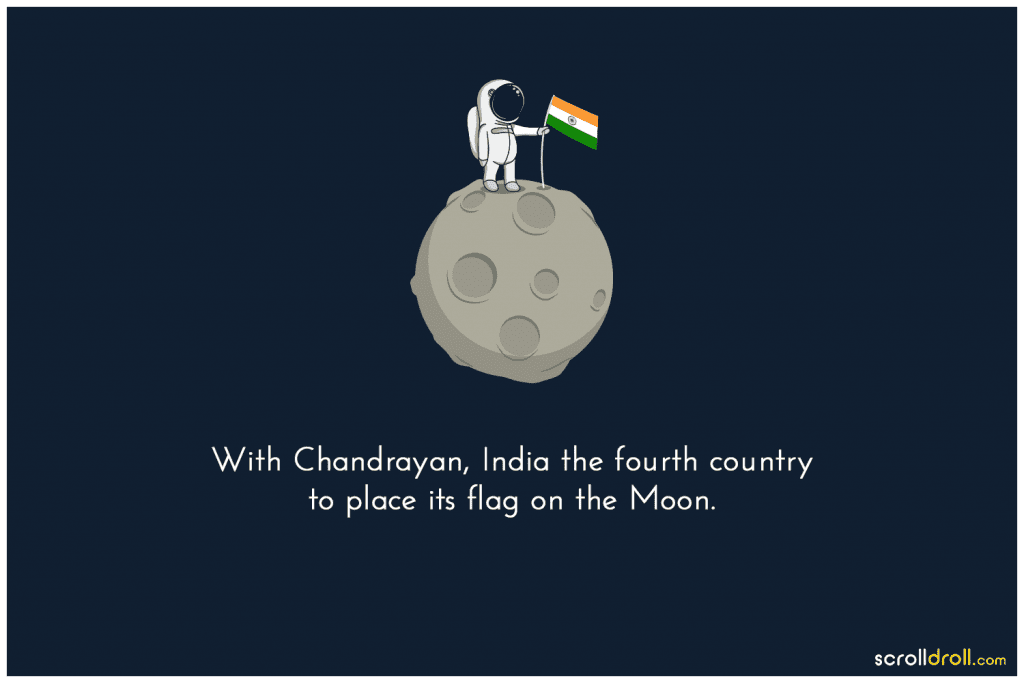 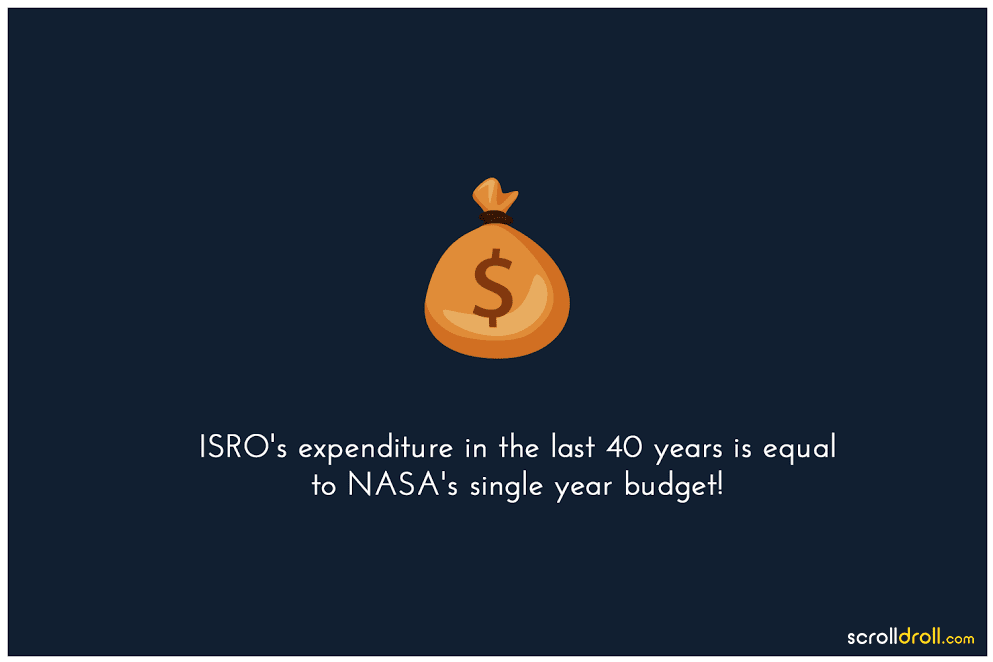 7. ISRO’s commercial arm Antrix, which promote ISRO’s products, services and technologies, achieved a turnover of Rs. 18 billion in 2014–15 and was awarded ‘Miniratna‘ status by the government in 2008. 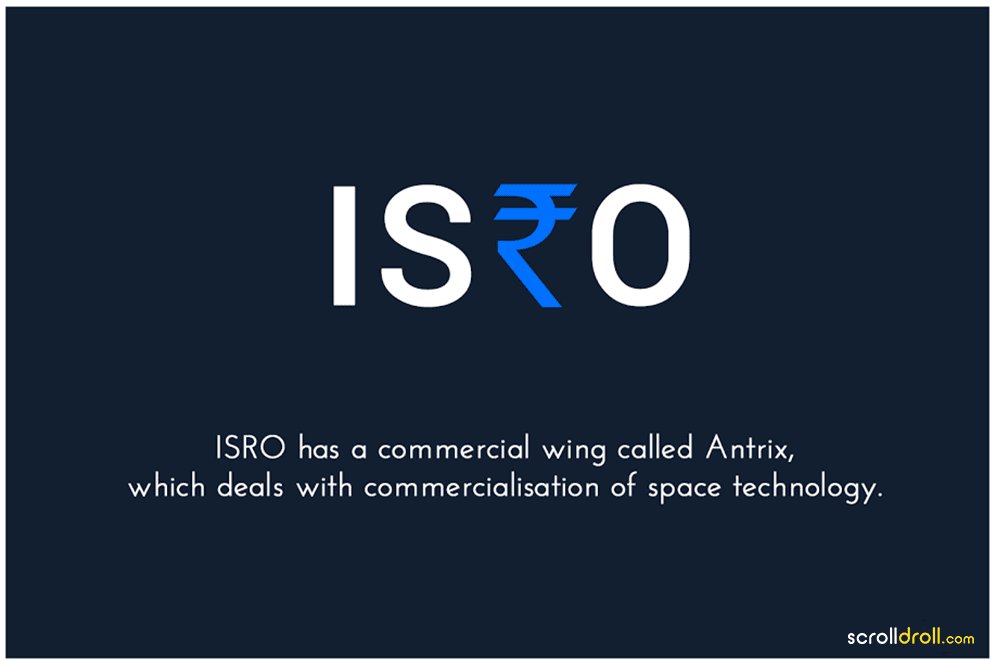 8. ISRO was established eight years after Pakistan’s SUPARCO. SUPARCO is expected to have satellite launching capability only after 2040, while ISRO expects to reach Venus and revisit Mars by then. 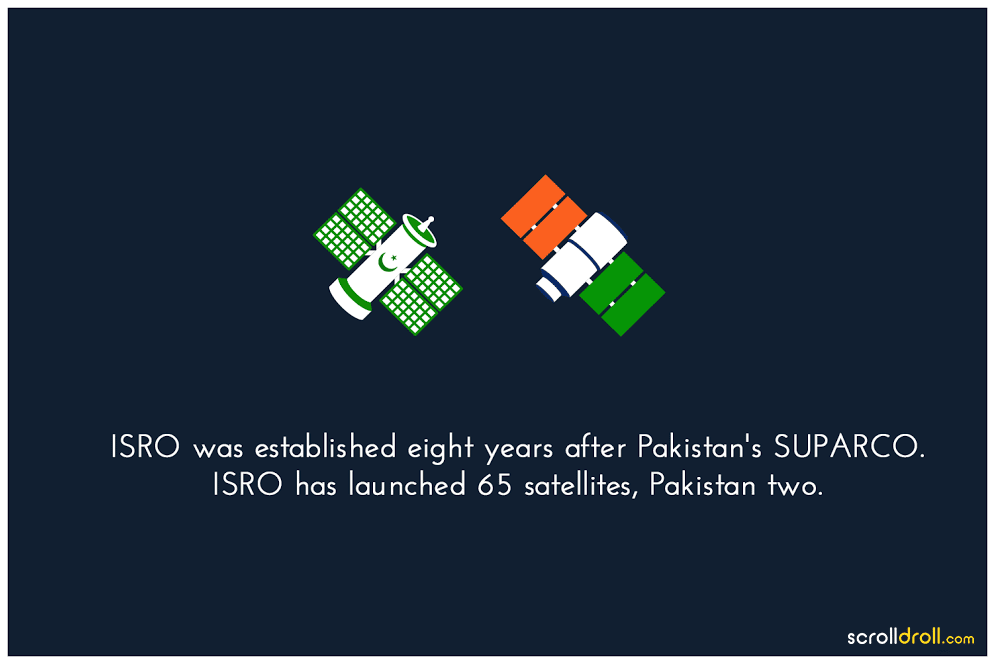 9. ISRO developed an application called Bhuvan which allows users to explore a 2D/3D representation of the surface of the Earth. 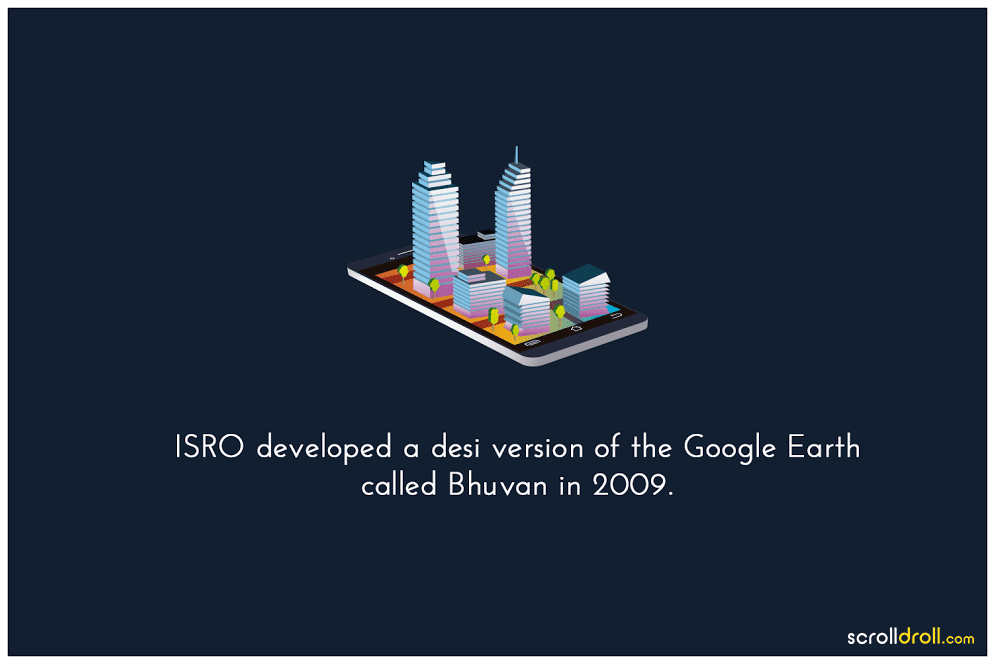 You can visit it here

10. ISRO Created a record in Feb 2017, launching 104 satellites in a single mission using the Polar Satellite Launch Vehicle (PSLV). 96 of the 104 satellites belonged to the United States. 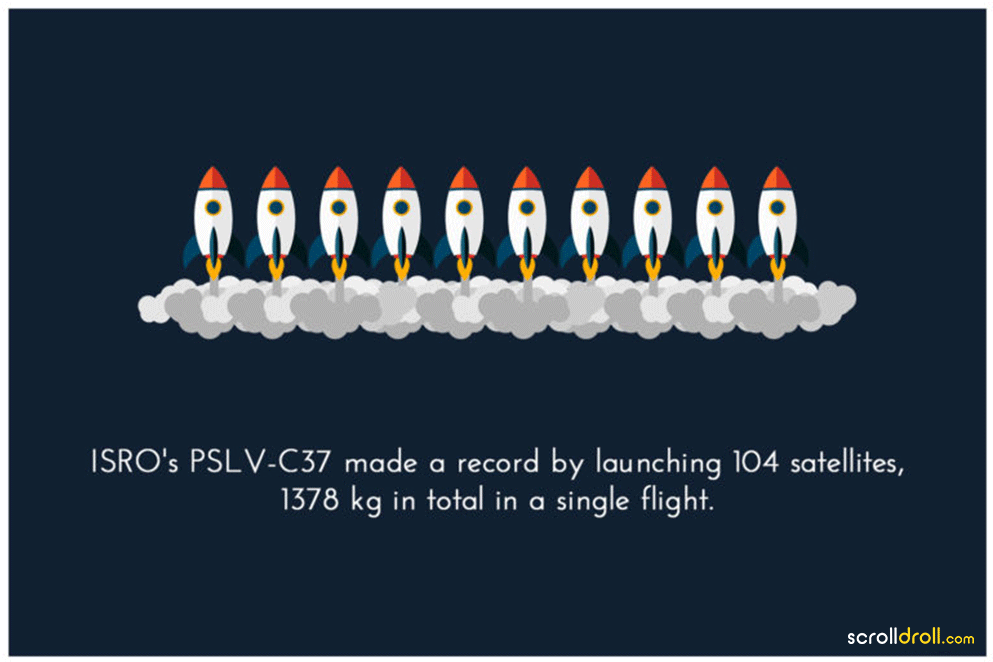 Be it sending Mangalyan to space or launching record-setting satellites, ISRO hasn’t failed to make India proud. This prime body of space exploration doesn’t eat up a lot of money to operate, as compared to space organizations of other nations. The cost-saving attribute of ISRO and its successful missions are the talk of the world and rightly so!