The Number Of Times Legends Failed Before Achieving Success

The legends of every field failed innumerable times, and that’s what made them what they are.

Read on to know how the people you idealise were once failures who nobody recognised. 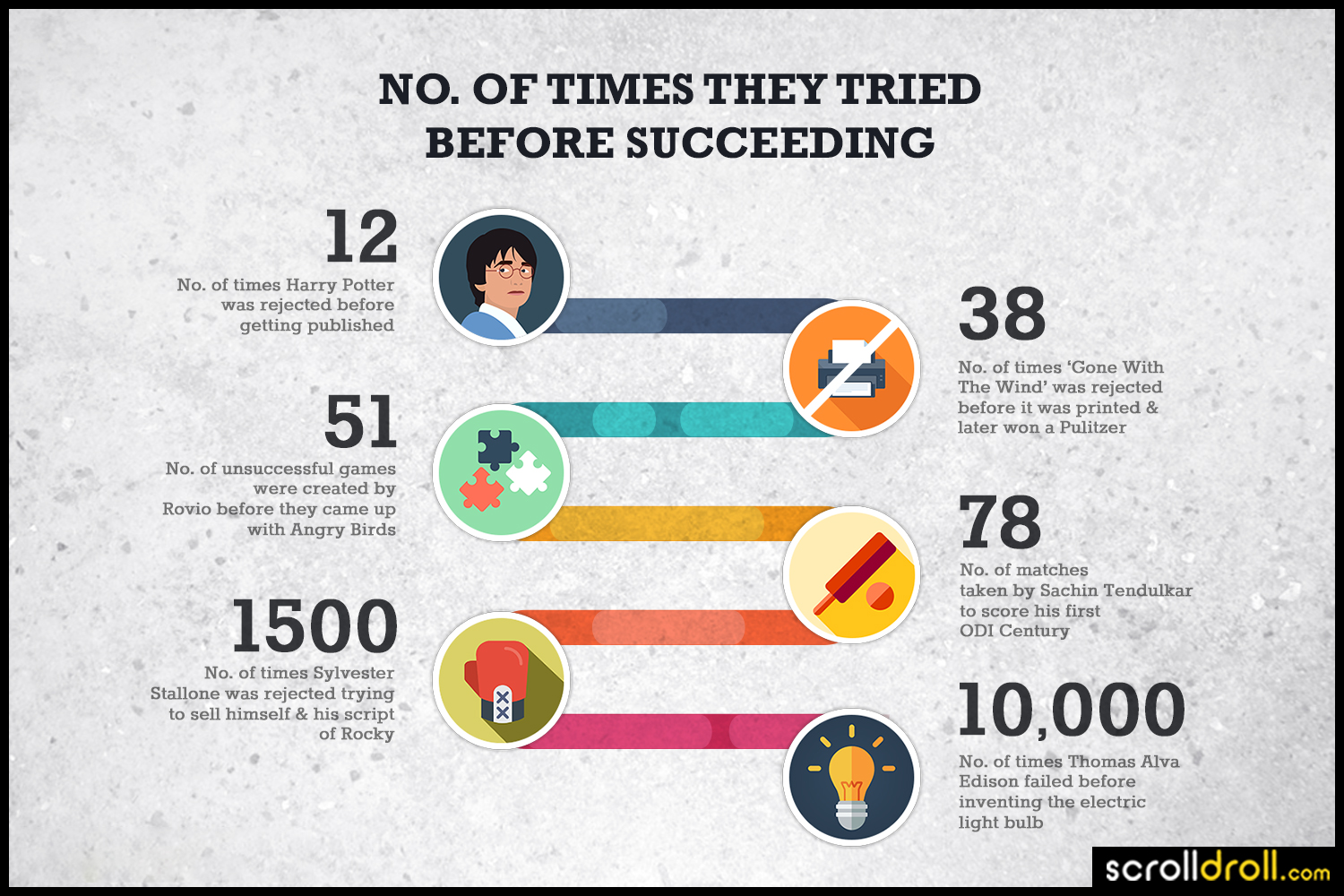 The Harry Potter series author, who is believed to have been an inspiration for any author who are struggling with their circumstances, was rejected by twelve publishers before Bloomsbury finally decided to publish it.

Gone With The Wind author Margaret Mitchell won her Pulitzer Prize in 1937 for her book, her only book that she ever wrote. The story was rejected by 38 authors before it was printed. The movie based on this book is till date the highest grossing Hollywood film of all time.

Angry Birds was created by Rovio, leading to its so called overnight success. This company spent six years toiling to find the perfect formula, producing 51 unsuccessful game before hitting the jackpot.

The only player in international cricket to have scored a hundred centuries including 51 centuries in Test cricket, took 78 matches to score his first ODI hundred.

Sylvester Stallone had to sell his dog because he had no money to survive. And after almost 1500 rejections, Stallone finally got his bit of stardom and here he is now.

Light Bulb – The famous quote, ‘I haven’t failed. I have found 10,000 ways that won’t work,’ is a quote from Thomas Elva Edison, who failed a massive 10,000 times before he made the electric light bulb we use in our homes in the 21st century.

15 Best Rumi Quotes That Will Change Your Life

How to find an LPG Cylinder’s Test Date?