A cricket blog started by Anupam Mukerjee on 18 April 2009, coinciding with the IPL season of 2009. Writing anonymously in the beginning, the blog became a social media rage giving unflattering nicknames to players, coaches, and owners of KKR and other teams, telling sordid stories, and showing most of them in a very negative light. 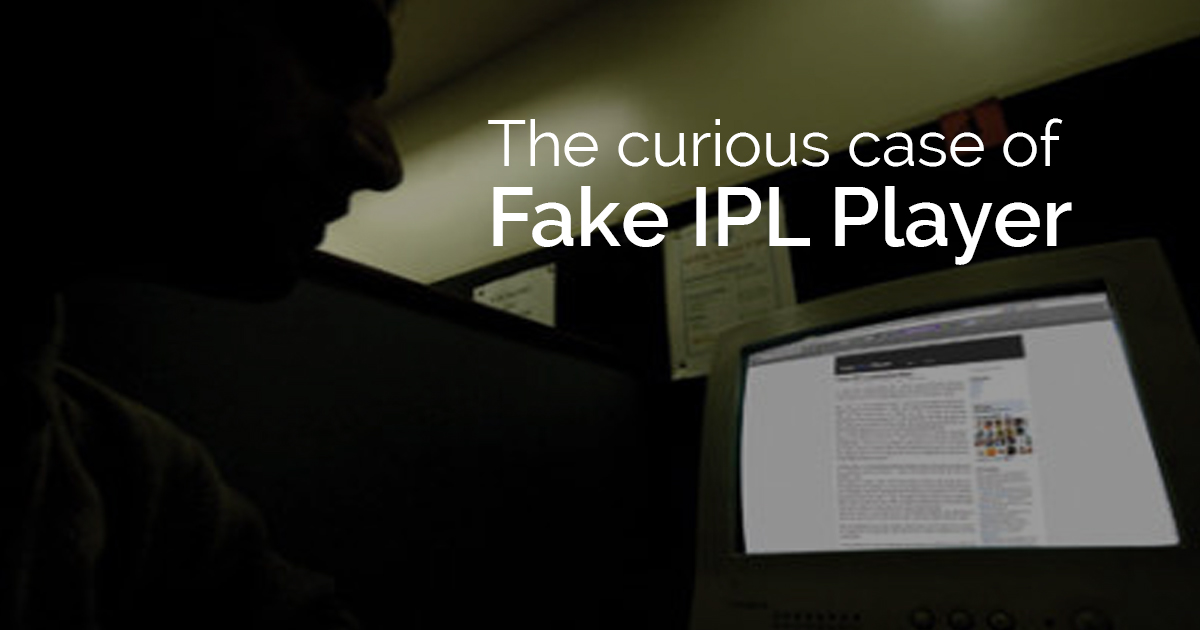 The blog, which was believed to be of a fringe KKR player who was upset at not being part of the core team. The blog worsened an already bad season for KKR, which lost most of their games, had controversies surrounding their coach, John Buchanan, and frequently changed captains, including Sourav Ganguly. Midseason, two players were sent home from South Africa, and just as most speculations get their hay, people thought it was one of those two players who were behind the blog. The team was also rumored to have banned the use of laptops by players. The management of the team termed the blog as “poison pen writing of the dirtiest variety” while denying it could have been written by an actual player.

In August 2010, Bangalore based marketing specialist Anupam Mukerji revealed himself as being the man behind the blog. He said he had never met a cricketer in his life and it was only the media that led on to make him famous.

He said he was inspired by the popularity of a similar blog by Fake Steve Jobs, and the Richard Gere movie The Hoax.

He continues to write a weekly column as the Fake IPL Player for Mirror, a Times of India tabloid in Mumbai and Bangalore.

So much for fiction!

10 Sushma Swaraj Quotes That Make Her The Minister Of Swag

25 Bollywood Actresses Who Flaunted Their Curves In A Bikini