Spiritual leaders have influenced crowds for decades, in every country. As for India, a country so deeply rooted in mysticism, it would be natural to have a large number of gurus, with their own followings and sects. Following is a list of the most famous Indian female spiritual gurus of India who have commanded their own following and left indelible marks on various communities with their teachings and principles.

Anandamayi Ma, also known as Nirmala Sundari, was an Indian saint and yoga guru who lived from 30 April 1896 to 27 August 1982. Sivananda Saraswati of the Divine Life Society referred to her as “la fleur la plus parfaite que le sol de l’Inde ait produite” (literally, “the most perfect flower the Indian soil has produced”). Her devotees credited her with miracles, faith healing, and precognition. Anandamayi is a Sanskrit term that Paramahansa Yogananda translated as “Joy-permeated” in English. She was given this moniker by her followers in the 1920s to describe her never-ending experience of divine bliss. She has been regarded as one of the most eminent and famous Indian female spiritual gurus who still commands reverence from people even to this day. 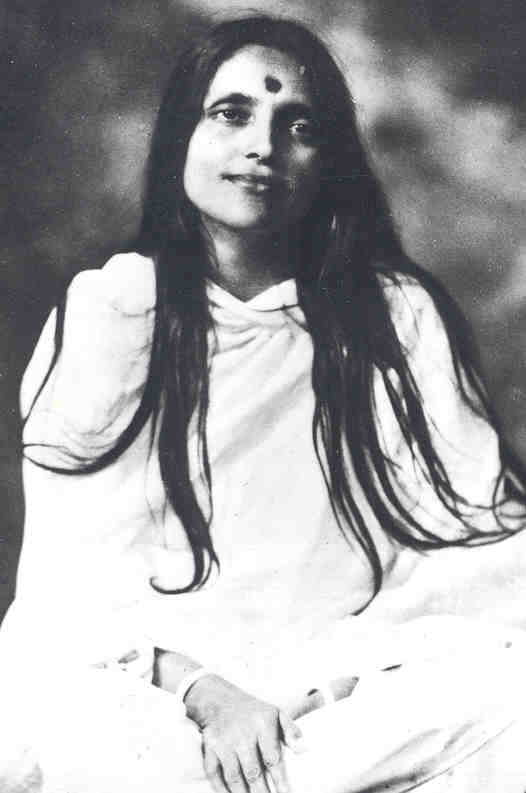 Ramakrishna Paramahamsa, a nineteenth-century Hindu mystic, had Sarada Devi as his wife and spiritual companion. Sarada Devi was born Kshemankari, Thakurmani, or Saradamani Mukhopadhyay. The devotees of the Sri Ramakrishna monastic order also reverently refer to Sarada Devi as the Holy Mother (Sri Sri Maa). Based on the beliefs and life of Sarada Devi, the Sri Sarada Math and Ramakrishna Sarada Mission is located in Dakshineshwar. She was crucial to the expansion of the Ramakrishna Movement.

Mirra Alfassa, better known to her devotees as The Mother, was a collaborator of Sri Aurobindo who regarded her as of equal yogic status to him and referred to her as “The Mother.” She was a famous Indian female spiritual guru, occultist, and yoga teacher. She was a major proponent of Integral Yoga and built the Sri Aurobindo Ashram as well as the municipality of Auroville. 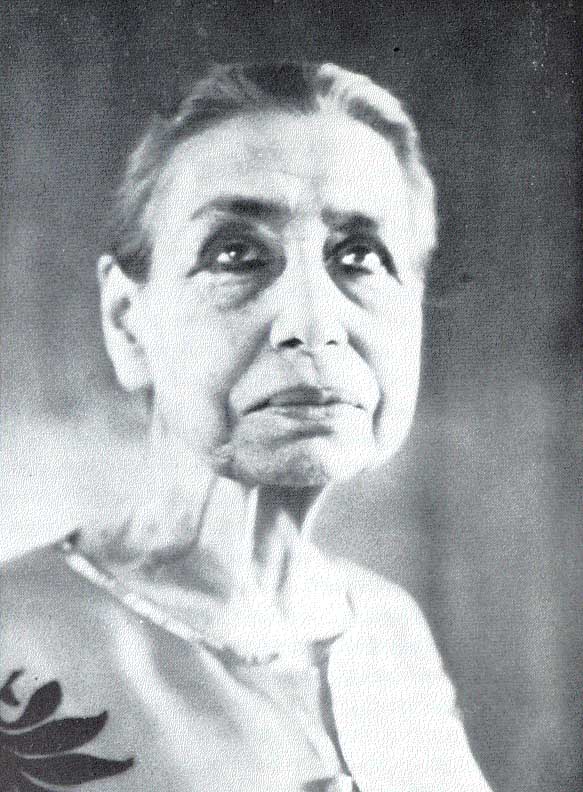 Mt. Amritnandamay Dev, sometimes referred to as Amma (“Mother”), is a respected Indian Hindu spiritual figure, guru, and humanitarian who is known to her devotees as “the embracing saint.” She was honoured by Indian Prime Minister Narendra Modi in 2018 for making the highest contribution to the Clean India Campaign Swachh Bharat Mission. She was the initial laureate of the Hindu Parliament’s Vishwaratna Puraskar (Gem of the World Award). 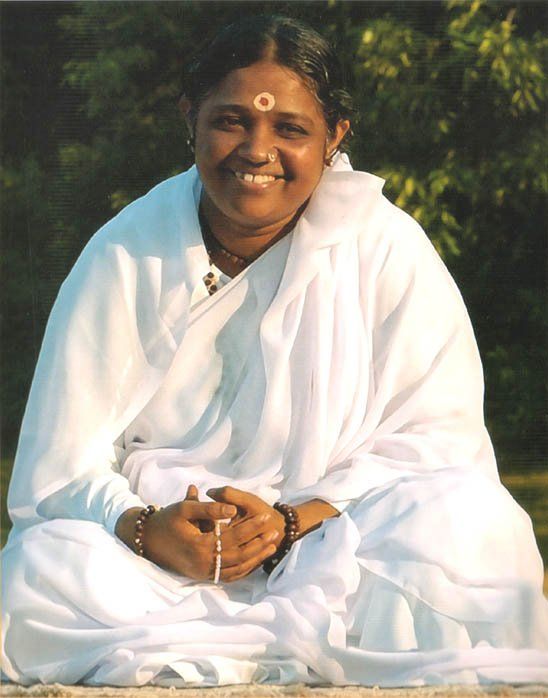 The founder and leader of Sahaja Yoga, a recent religious movement that is often categorised as a cult, was Nirmala Srivastava, also known as Shri Mataji Nirmala Devi. She insisted that she had already attained self-realization when she was born and has dedicated her life to advancing peace by creating and disseminating a straightforward method for helping others realise their own potential. 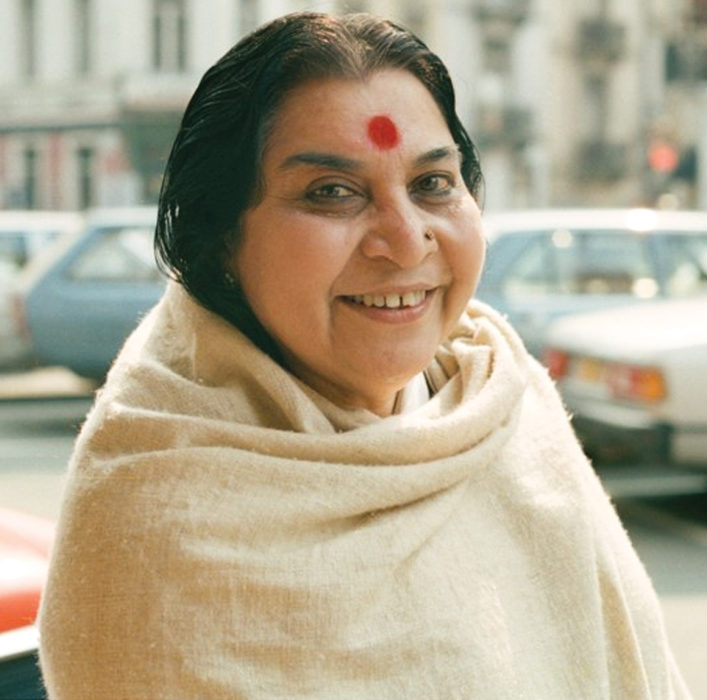 A prominent famous Indian female spiritual figure was Rajyogini Dadi Janki. The greatest female-run spiritual movement in the world, the Brahma Kumaris movement, was led by her. When Dadi Janki decided to follow a spiritual path and joined the Brahma Kumaris, she was 21 years old. She came to the United Kingdom later in 1974, becoming an ambassador for the organisation despite the fact that she did not speak English at the time. She stayed there for nearly 40 years. 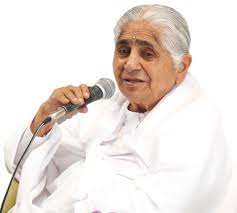 Anandmurti Gurumaa, an arts graduate from a convent yet a master of life and beyond, was born Gurpreet Kaur Grover on April 8, 1966, in Amritsar, Punjab, India. From her school days on, she had served as a mentor and a guide for those who were close to her. People with advanced spirituality were frequently seen in her home. The family was not surprised when, at the young age of fifteen, she embarked on a pilgrimage and was surrounded by admirers and seekers. Through her teenage years, she travelled, and by the time she was twenty-four, she had built a hermitage near Rishikesh. Her primary location is Gannaur in Sonepat, Haryana. Where several residential workshops are conducted and she is accessible to her disciples year-round. 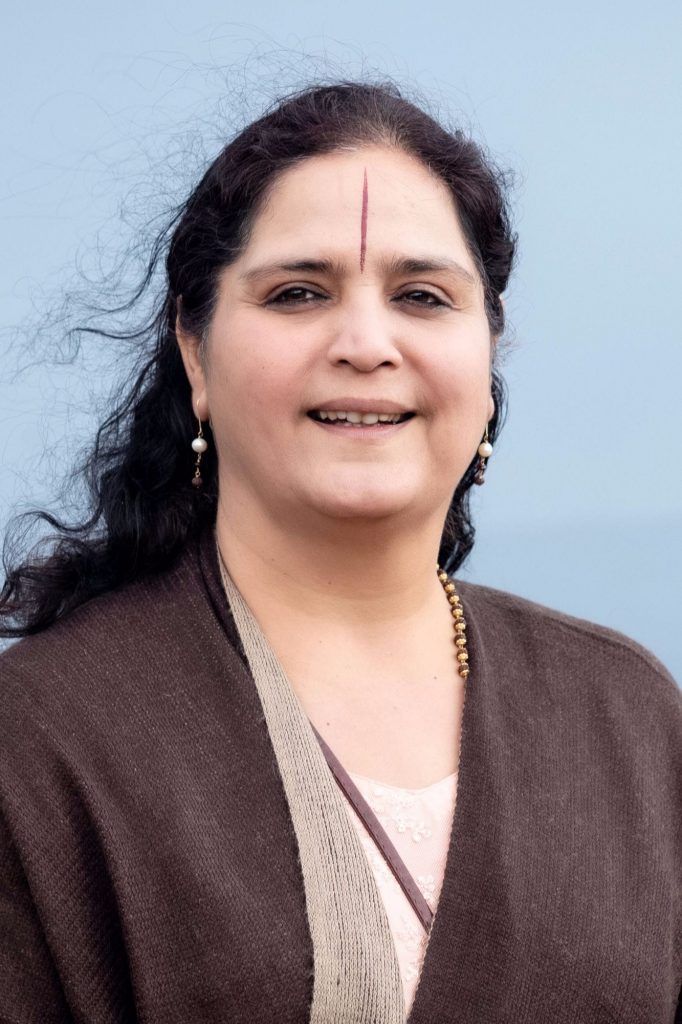 Hindu mystic poet Meera, also known as Mirabai and revered as Sant Meerabai, was a follower of Krishna in the sixteenth century. She is revered as a Bhakti saint, especially in the Hindu tradition of North India. Mirabai was raised at Merta after being born into a Rathore Rajput royal family in Kudki (the present-day Pali region of Rajasthan). She is mentioned in Bhaktamal, demonstrating that by around 1600 CE, the Bhakti movement’s culture had made her a well-known and cherished figure. The majority of stories about Mirabai focus on her brazen contempt for societal and familial norms, her love to Krishna, how she treated Krishna as her spouse, and how her in-laws mistreated her because of her religious fervour. There are several hagiographic traditions and folktales about her. 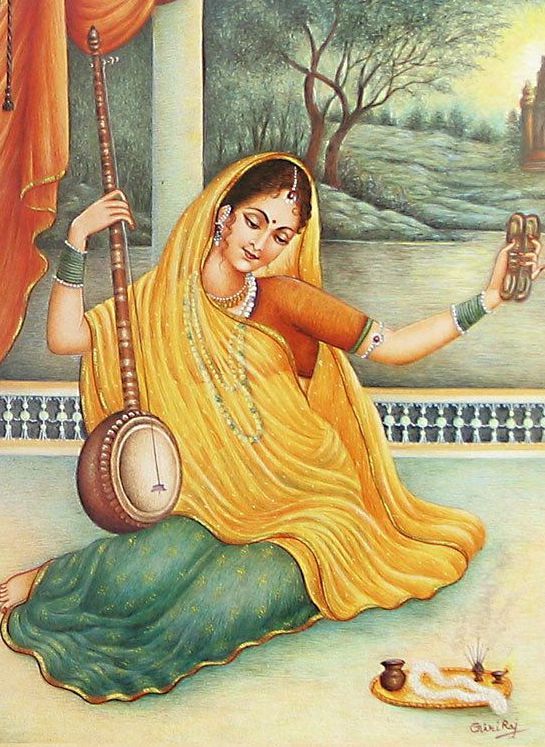 Indian philosopher Maitreyi lived in prehistoric India during the later Vedic era. She is identified as one of the two wives of the Vedic sage Yajnavalkya in the Brihadaranyaka Upanishad and is believed to have lived in the 8th century BCE. But Maitreyi is depicted as an advaita philosopher who never wed in the Hindu epic Mahabharata and the Ghyastras. She is referred to as a “brahmavadini” in classical Sanskrit literature (an expounder of the Veda). In a conversation with Yajnavalkya in the Brihadaranyaka Upanishad, Maitreyi examines the Hindu notion of Atman (soul or self), according to ancient Indian literature. 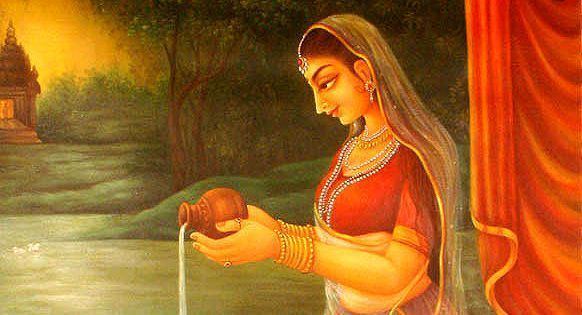 In the 12th century, Akka Mahadevi was a renowned member of the Lingayat Shaiva sect and one of the earliest female poets in Kannada literature. Her most significant contributions to Kannada literature are the 430 existing Vachana poems (a kind of impromptu mystical poems) and the two brief works Mantrogopya and Yogangatrividhi. Compared to other saints of the movement, she wrote fewer poems. Great Lingayat saints like Basavanna, Siddharama, and Allamaprabhu referred to her as Akka (“older Sister”) in appreciation of her high standing in the spiritual discourses held at the “Anubhava Mantapa.” In the history of Karnataka and in Kannada literature, she is portrayed as an inspirational woman. 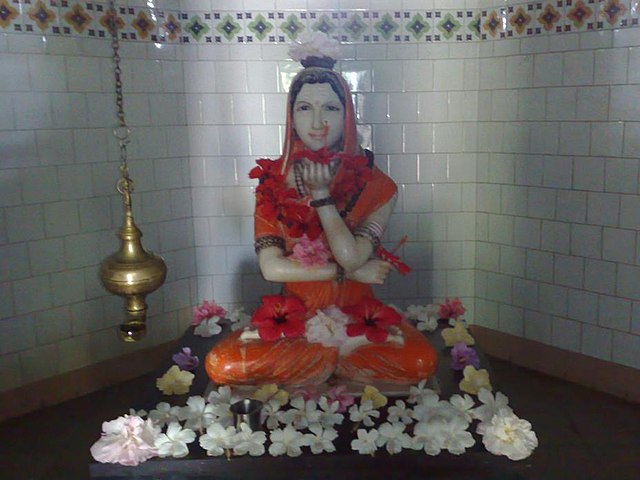 These famous Indian female spiritual gurus have all commanded a lot of respect and devotion from different communities in the Indian populace and even internationally. Their teachings resonate with a lot of people who still hold these women to heavenly standards.

Paragliding across the skies in Bir Billing

10 Beautiful Father’s Day Songs in Hindi For You To Dedicate To Your Dad!