India is an exceptionally diverse country – with people who speak different languages, look vastly different from each other and have different diets. Which is why Indian art too is just as diverse, with every region having a corresponding artform of its own. Having said that, in recent times, with scientific advancements, Indian art has been influenced by not only its own history and geography, but from global influences as well. More and more artists have made artworks influenced by Western art styles, while many have taken inspiration from Indian art itself. With that, we give you 15 famous Indian painters of modern times.

The founder of Indian ‘Indian Society of Oriental Art,’ Abanindranath Tagore was a pioneer of Swadeshi values in Indian art and was the found of the Bengal school of art, an art movement that originated in Calcutta and Shantiniketan. He was the nephew of Rabindranath Tagore, and came from a long line of artists and poets. He was also a writer, and wrote several books for children. To counter the western art taught in schools during British Raj, Tagore wanted to modernise Rajput and Mughal styles of art. 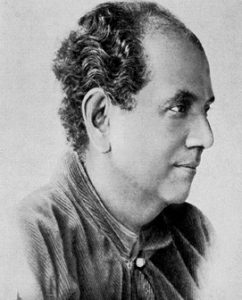 Considered to be one of the pioneers in Modern Indian painting, Akbar Padamsee worked with several mediums – from oil and watercolour, to computer graphics. His paintings are valued at one of the highest prices for modern Indian painters. He received the Padma Bhushan in 1910. 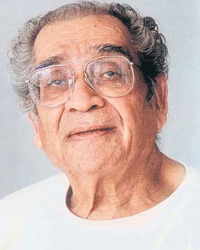 An Indian-Hungarian artist, Amrita Sher-Gil is known as one of the greatest Avant-garde women artists of the early 20th century. She first drew attention when she was 19, for her oil painting called Young Girls. While she wasn’t as highly acknowledged when she was alive, her paintings are now one of the most expensive by Indian female painters. 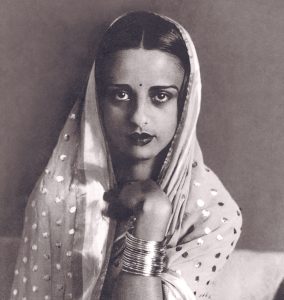 Bhupen Khakar was one of the pioneers of Indian contemporary art. He was a part of the Baroda group, a collective of artists from the Faculty of Fine Arts at Maharaja Sayajirao University of Baroda. His artwork was mostly figurative. Khakar was an openly gay man, and he tackled various gender identity themes through his artworks. 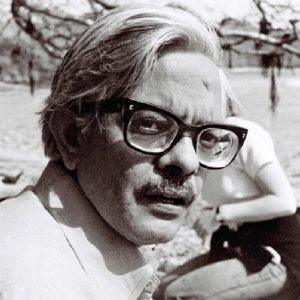 A painter from Kolkata, Bikash Bhattacharjee worked in various mediums including but not limited to oils, watercolour and acrylics. The themes he addressed in his paintings were mundane – like that of the life of a middle-class Bengali. Over the years, Bikash became internationally known and did various shows abroad. He received the Lalit Kala Akademi fellowship from Lalit Kala Akademi in 2003. 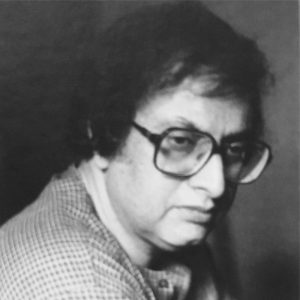 One of the first Indian artists to receive attention in the west, F. N. Souza was also a founding member of the Bombay Progressive Artists’ Group. His art often had sexual themes. Expressionist in quality, his artworks were diverse, influenced by the art brut movement and British neo romanticism. 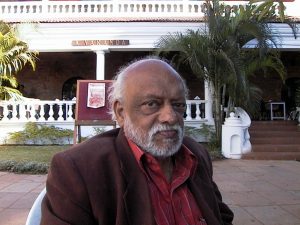 A pupil of the earlier mentioned Abanindranath Tagore, in the beginning, Jamini Roy drew from his western academic training in art. Later, he shifted to a style based on Bangla folk traditions. Jamini Roy was supremely productive – he produced over 20,000 paintings during his lifetime. His artwork was featured in various international exhibitions. He received the Padma Bhushan in 1954. 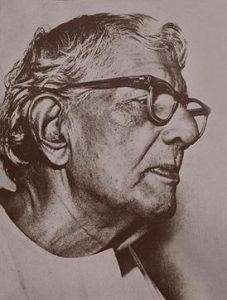 Also a part of the Baroda Group, K.G. Subramanyan’s art was heavily influenced by folk art from Kerala, Pattachitra from Odisha and Bengal, and Kalighat. Subramanyan received the Padma Vibhushan in 2012. 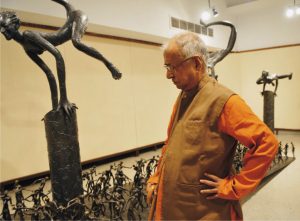 Famous for his vividly colourful cubist paintings, M. F. Husain was one of the most famous Indian painters of the 20th century. He has been recognised to be associated with Indian modernism in the 40s, and was a founding member of the Bombay Progressive Artists’ Group. He touched upon distinct themes in his work, including but not limited to the Mahabharata, the British rule in India, Mahatma Gandhi  and the Ramayana. He also garnered media attention and was at the receiving end of controversy after his nude paintings of Bharat Mata and Hindu deities drew flak. 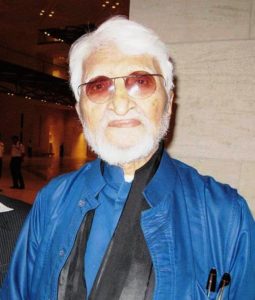 Another pupil of Abanindranath Tagore, Nandalal Bose was an important figure of contextual modernism and a pioneer of modern Indian art. His paintings are considered to be some of the most important Indian paintings. His work was mostly inspired by the murals of ajanta and the Tagore family. After Mahatma Gandhi was arrested in 1930, Bose created a linocut of Gandhi walking with a staff. This picture went on to become the symbol of the non-violence movement. 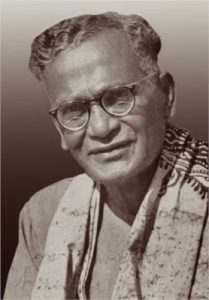 Even though he worked mostly in France since the 1960s, S.H. Raza never quite let go of his Indian roots. Along with M.F. Husain, Raza too was a founding member of the Bombay Progressive Artists’ Group. The group’s aim was to bring an Indianness to Indian art, which was otherwise heavily influenced by European realism. After moving to France, he began to experiment with his style, and eventually adopted abstraction, integrating elements of Indian tantrism in it. 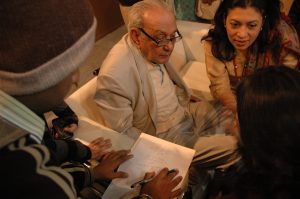 Popular for his paintings on Indian rural life, Thota Vaikuntham’s artworks mostly involve the average Indian rural landscape – scenes of paddy fields, household chores, rituals in the temple – these are the things that adorn his paintings. He works with multiple mediums, starting from charcoal and pencil drawings to transparent watercolor washes. 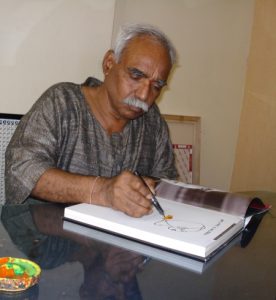 Along with being one of the most famous Indian painters of recent times, Tyeb Mehta was also a filmmaker and sculptor. He was a member of the Bombay Progressive Artists Group and also one of the first post-colonial artists in India. One can see elements of modernism in his art, with post-impressionist colours, expressionistic style, and cubist forms. His painting, the triptych Celebration, sold at Rs 1,50,00,000 (Rs 15 million). It was the highest sum an Indian painting was ever sold for at an international auction. 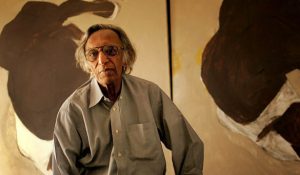 Vasudeo S. Gaitonde is best remembered as one of the most important Indian abstract painters. He was a member of the Bombay Progressive Artists Group and had several shows in India and abroad. 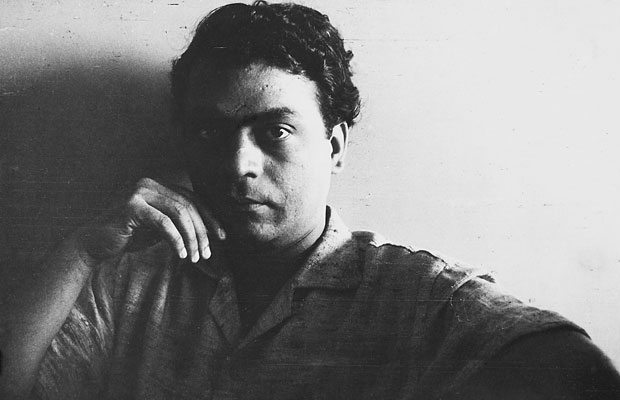 Another member of the Bombay Progressive Artists Group, Ram Kumar was a leading figure amongst Indian abstract painters. His art was also exceptionally succesful commercially. His artwork named Vagabond sold for $1.1 million at Christie’s. 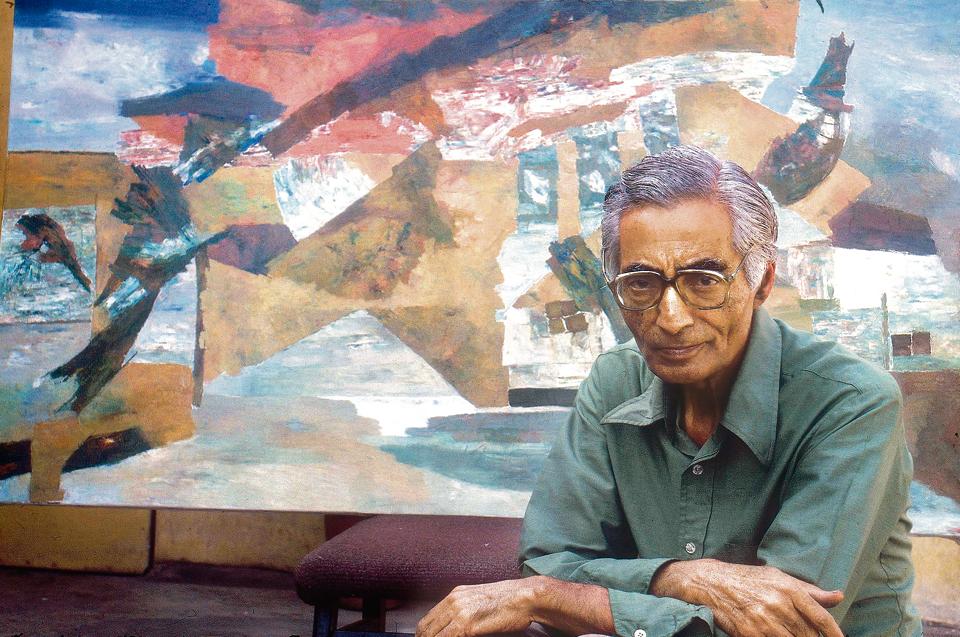 Did you like our list of famous Indian painters? If we missed any of your favourite ones, let us know in the comments below!