The opening lines of a novel almost always set the tone of the novel. It doesn’t have to be something profound or verbose, it can just be a few words, a simple sentence. But there’s an inexplicable charm in simplicity, isn’t there? It’s like a little teaser to the wonderful movie ahead. Every good novel has an effective opening line and the opening lines of a great novel are eternal. These highly impactful words remain printed in the minds of the readers for aeons together. From “Call me Ishmael” to “It was a pleasure to burn”, here’s a list of some of the most famous opening lines of novels that will keep you hooked to the book from the very beginning! 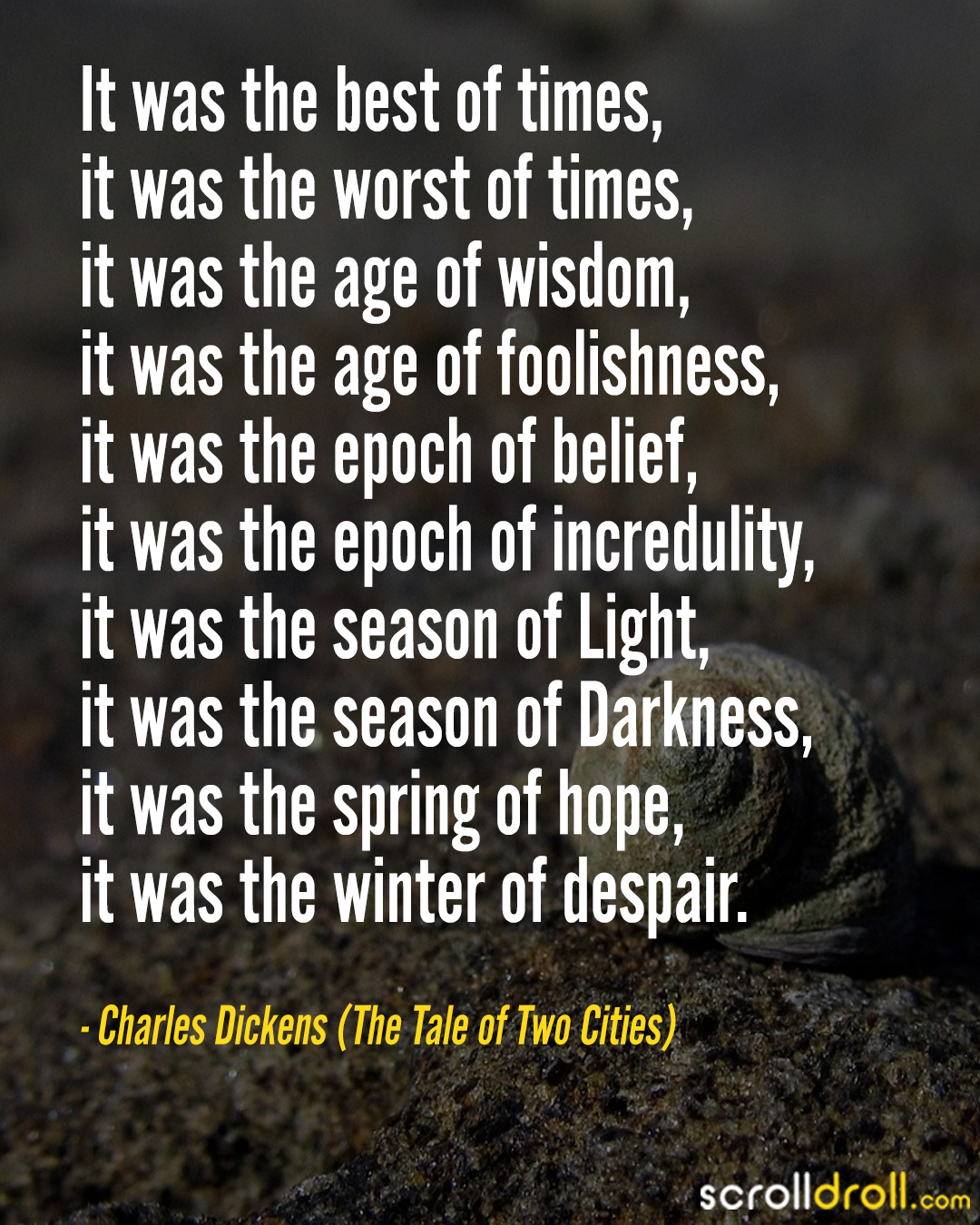 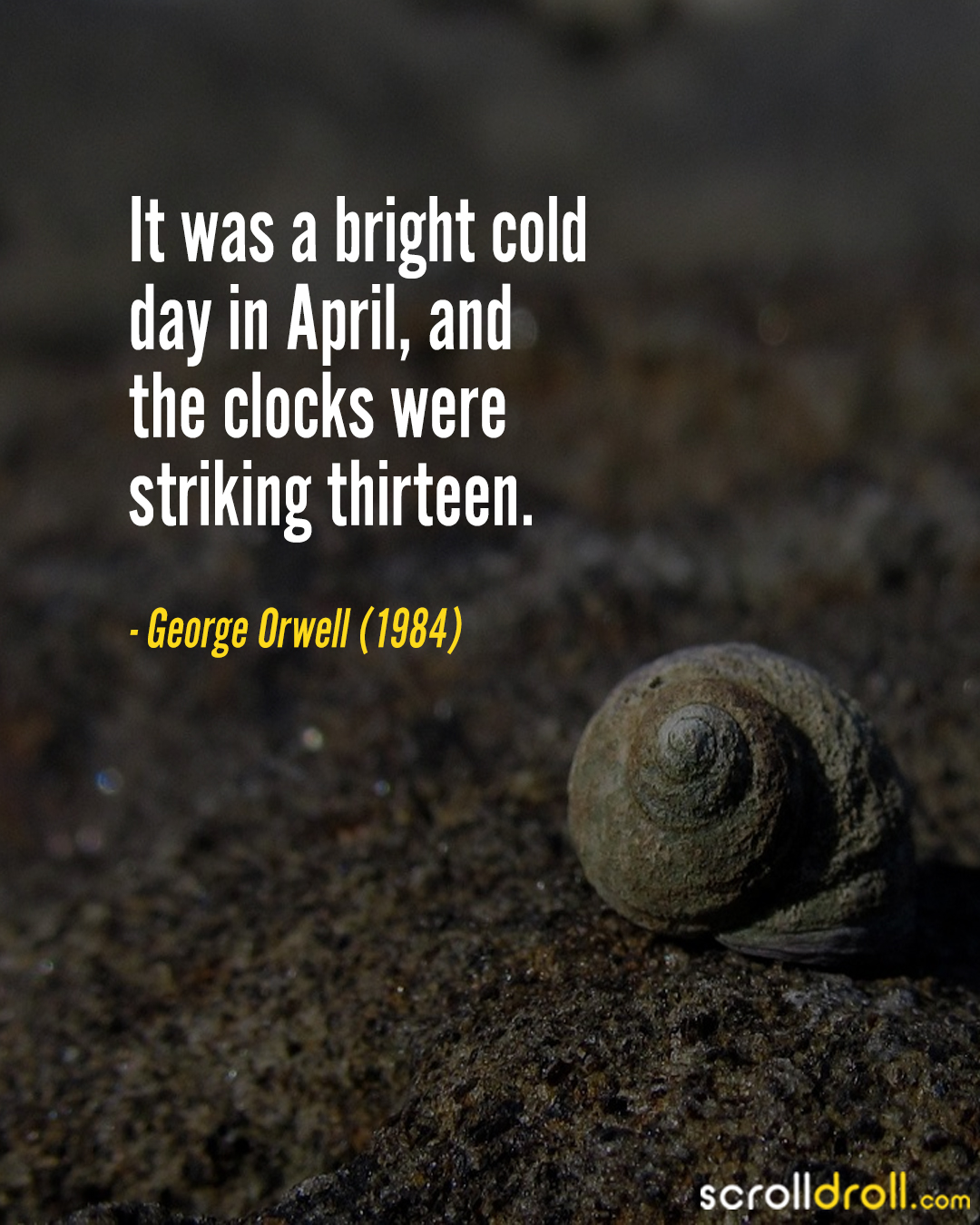 3. “Happy families are all alike; every unhappy family is unhappy in its own way.”
– Leo Tolstoy (Anna Karenina) 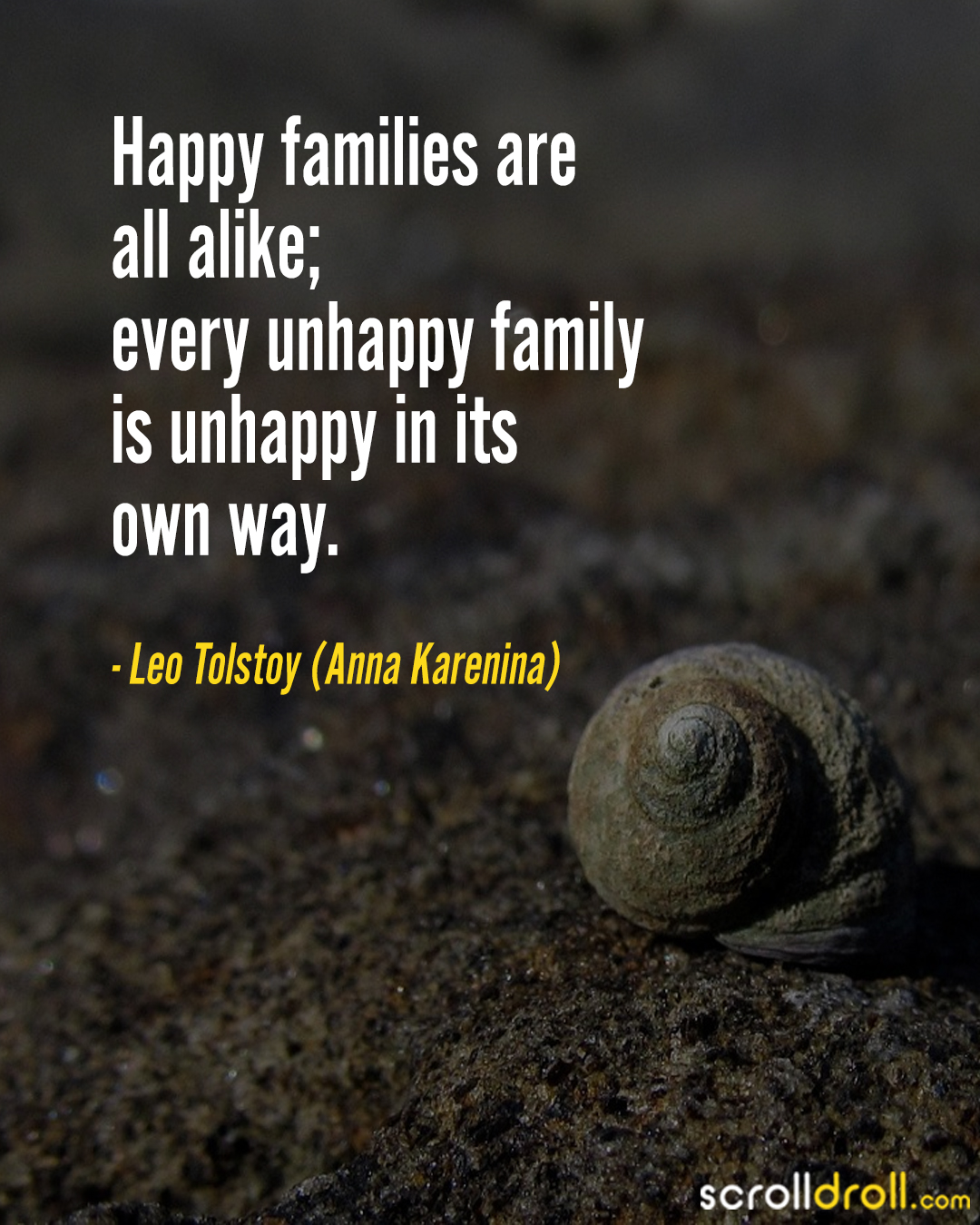 4. “It is a truth universally acknowledged, that a single man in possession of a good fortune, must be in want of a wife.”
– Jane Austen (Pride and Prejudice) 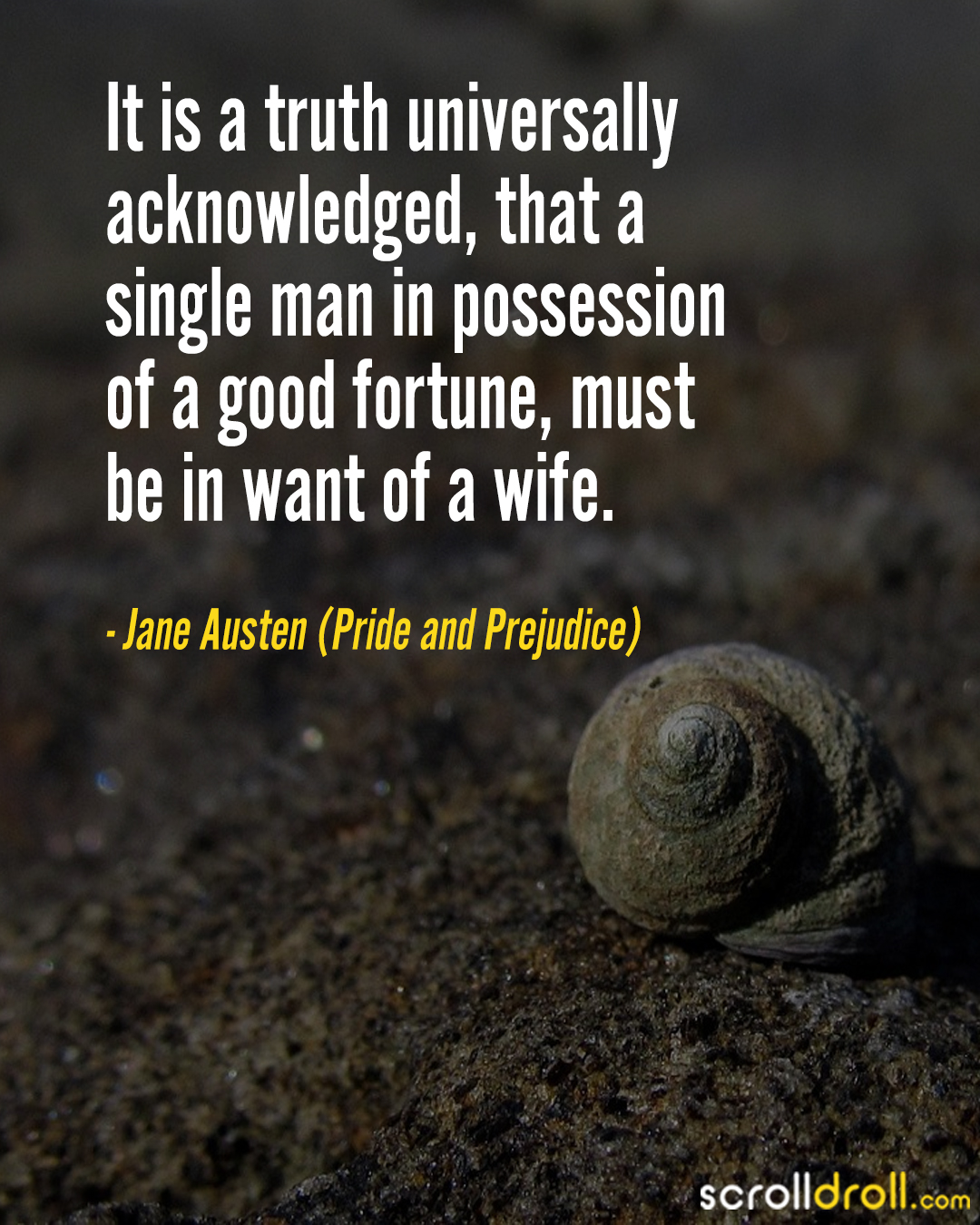 5. “You better not never tell nobody but God.”– Alice Walker (The Color Purple) 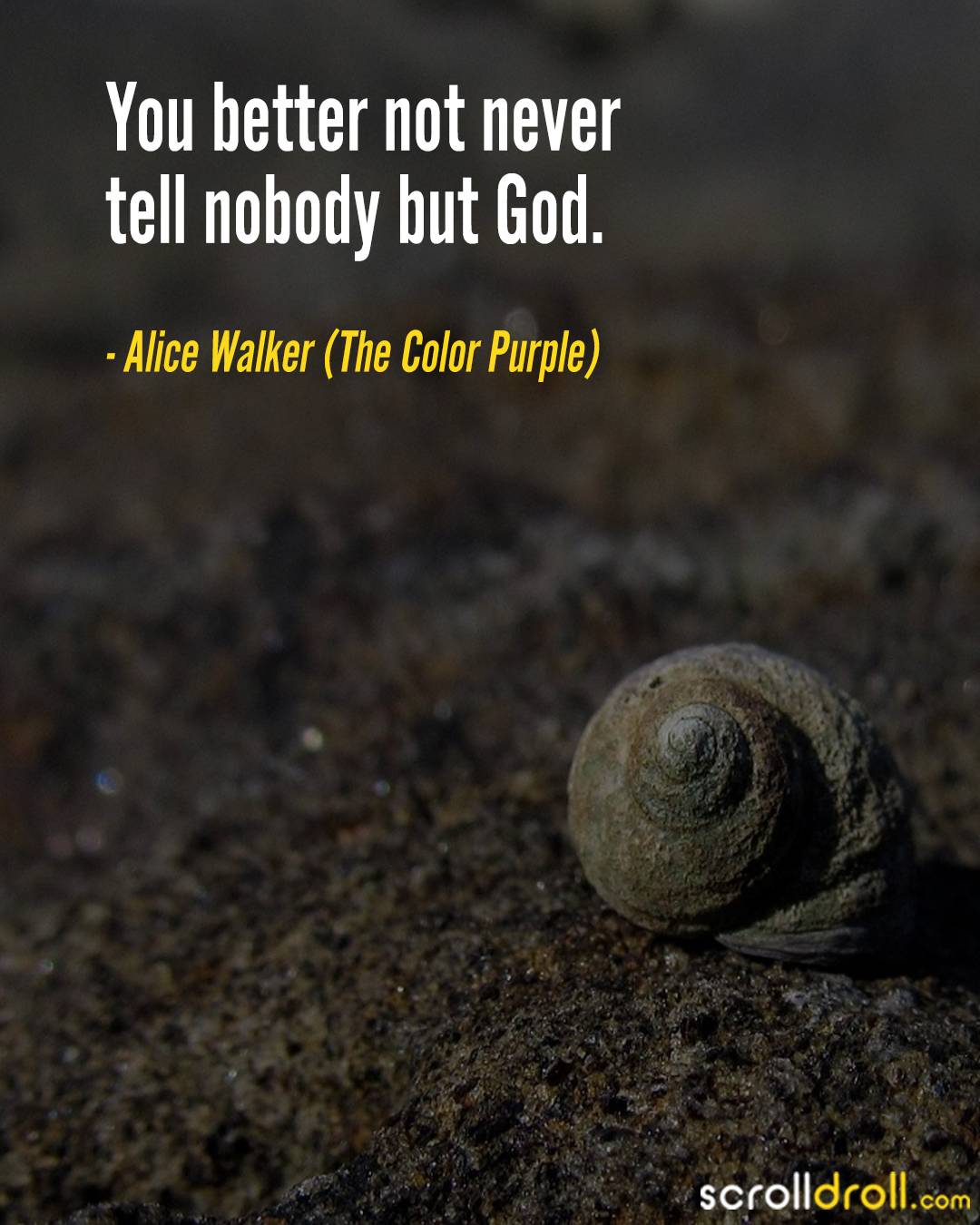 6. “In my younger and more vulnerable years my father gave me some advice that I’ve been turning over in my mind ever since. “Whenever you feel like criticizing anyone,” he told me, “just remember that all the people in this world haven’t had the advantages that you’ve had.”
– F. Scott Fitzgerald (The Great Gatsby) 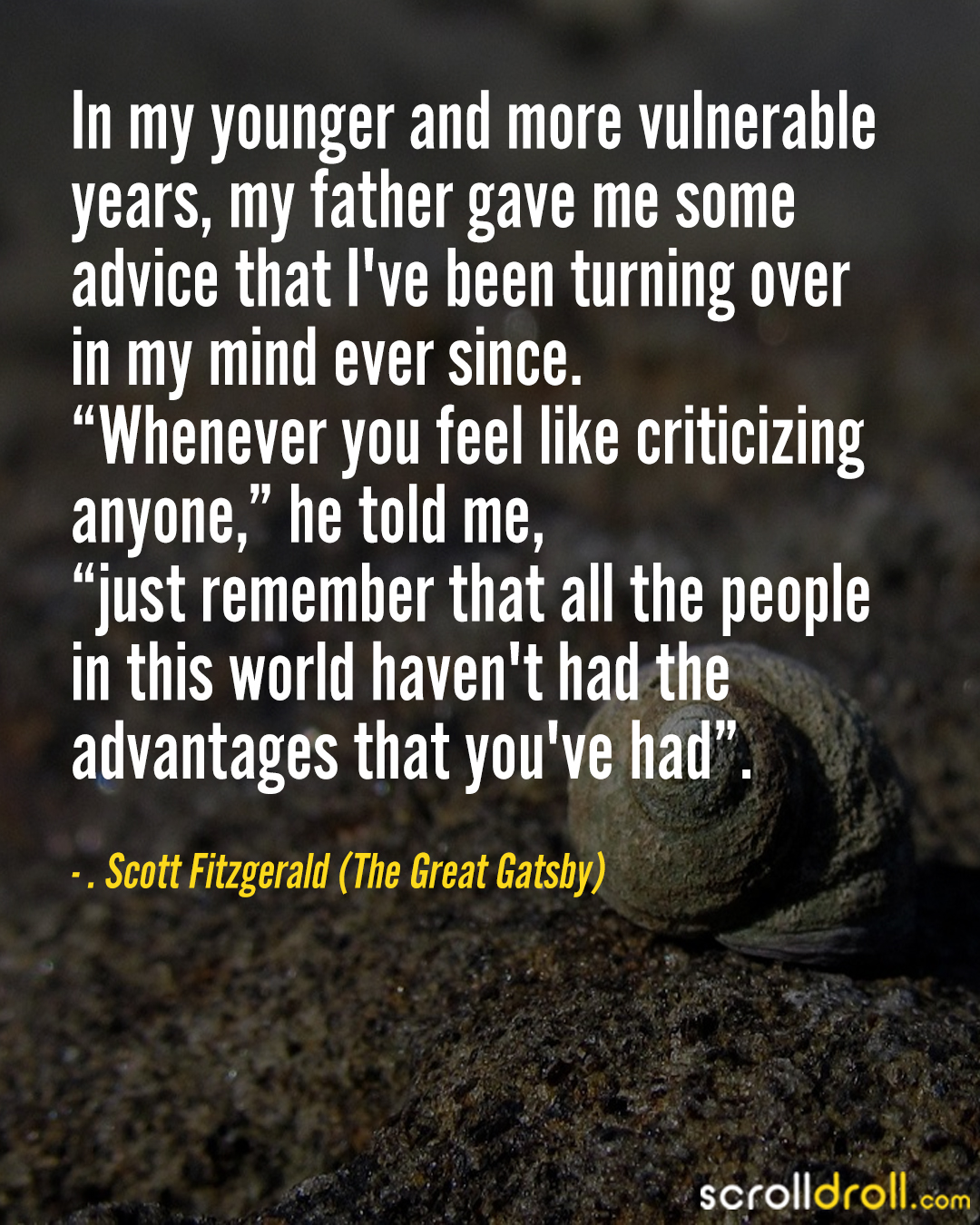 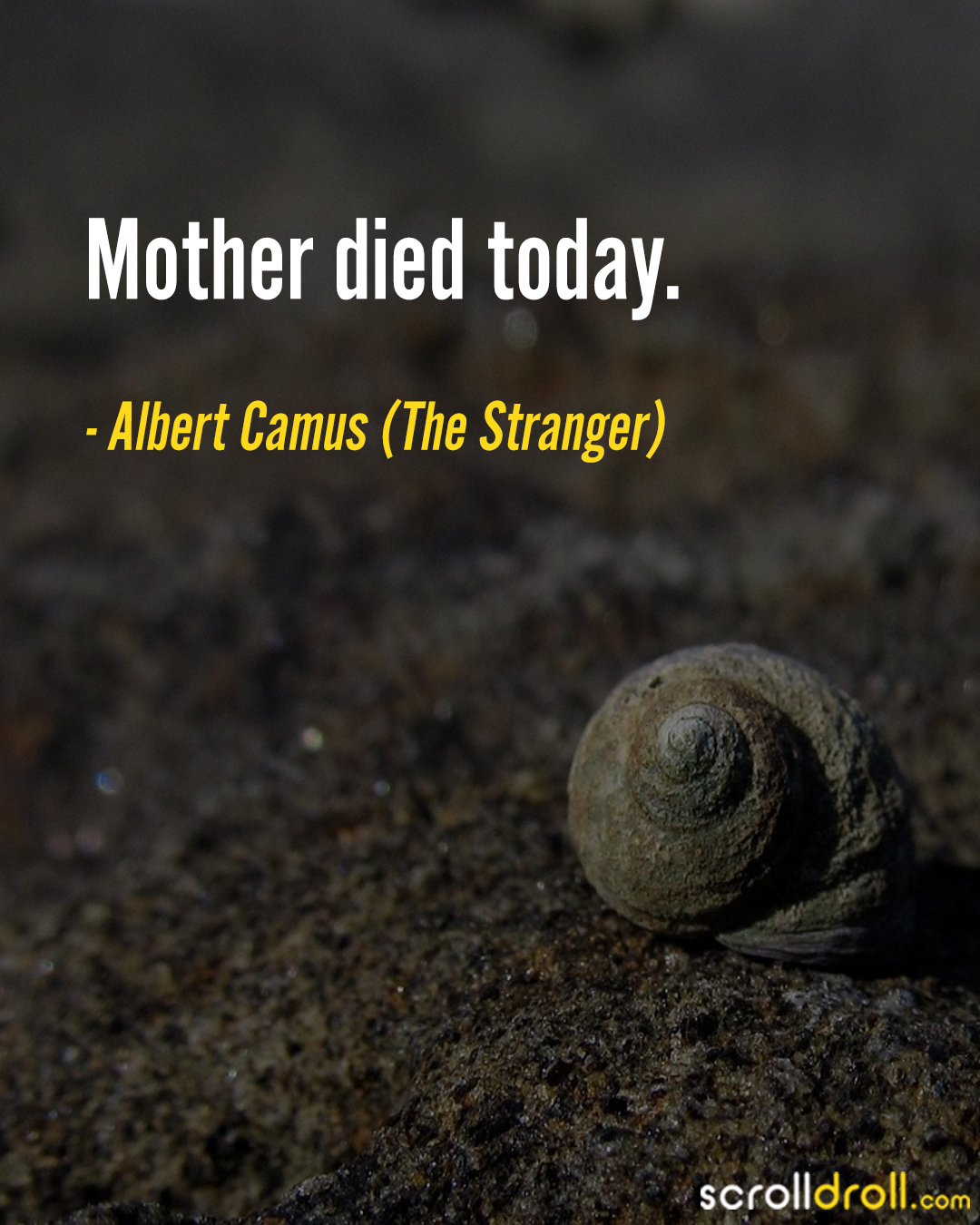 8. “Stately, plump Buck Mulligan came from the stairhead, bearing a bowl of lather on which a mirror and a razor lay crossed.”– James Joyce (Ulysses) 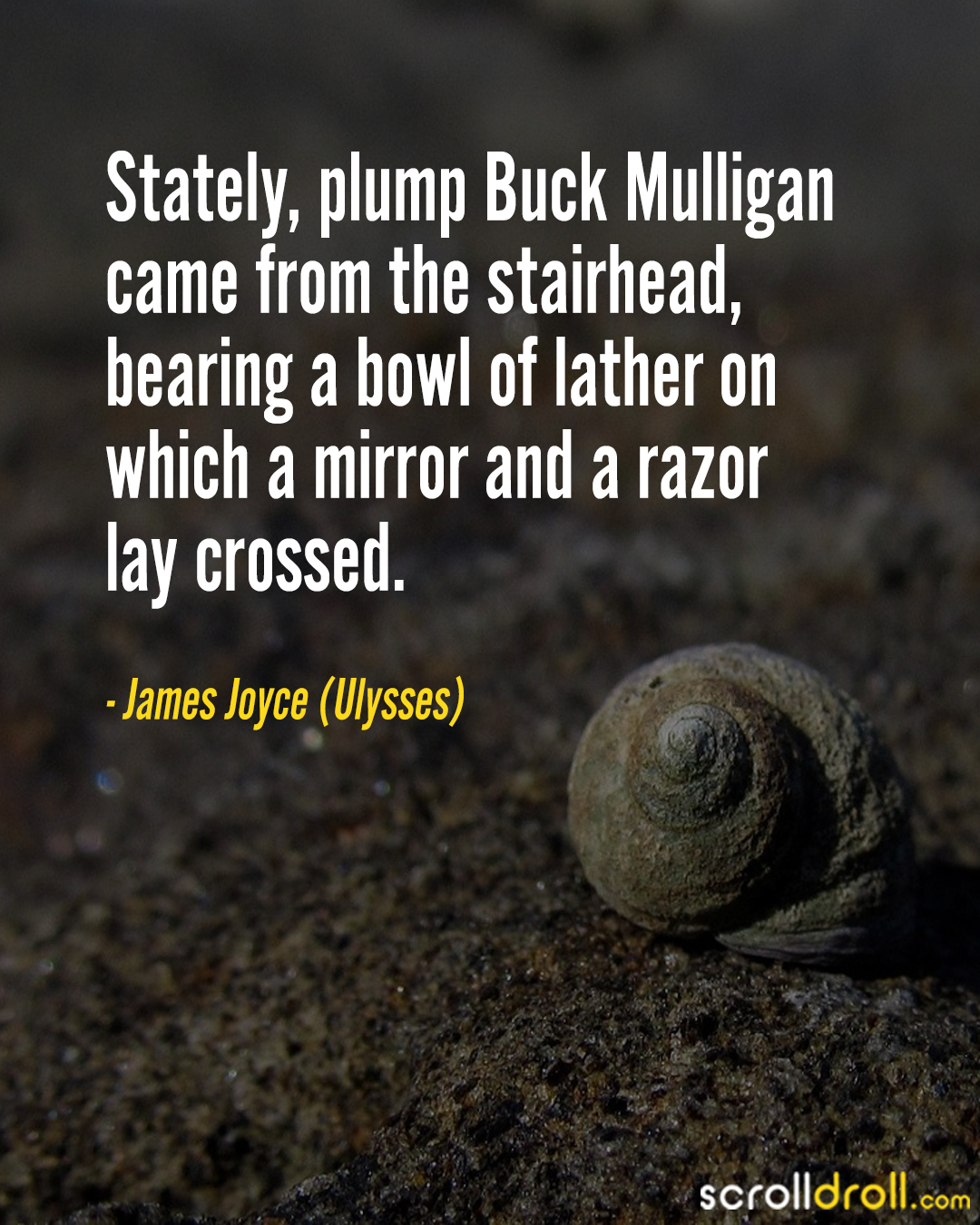 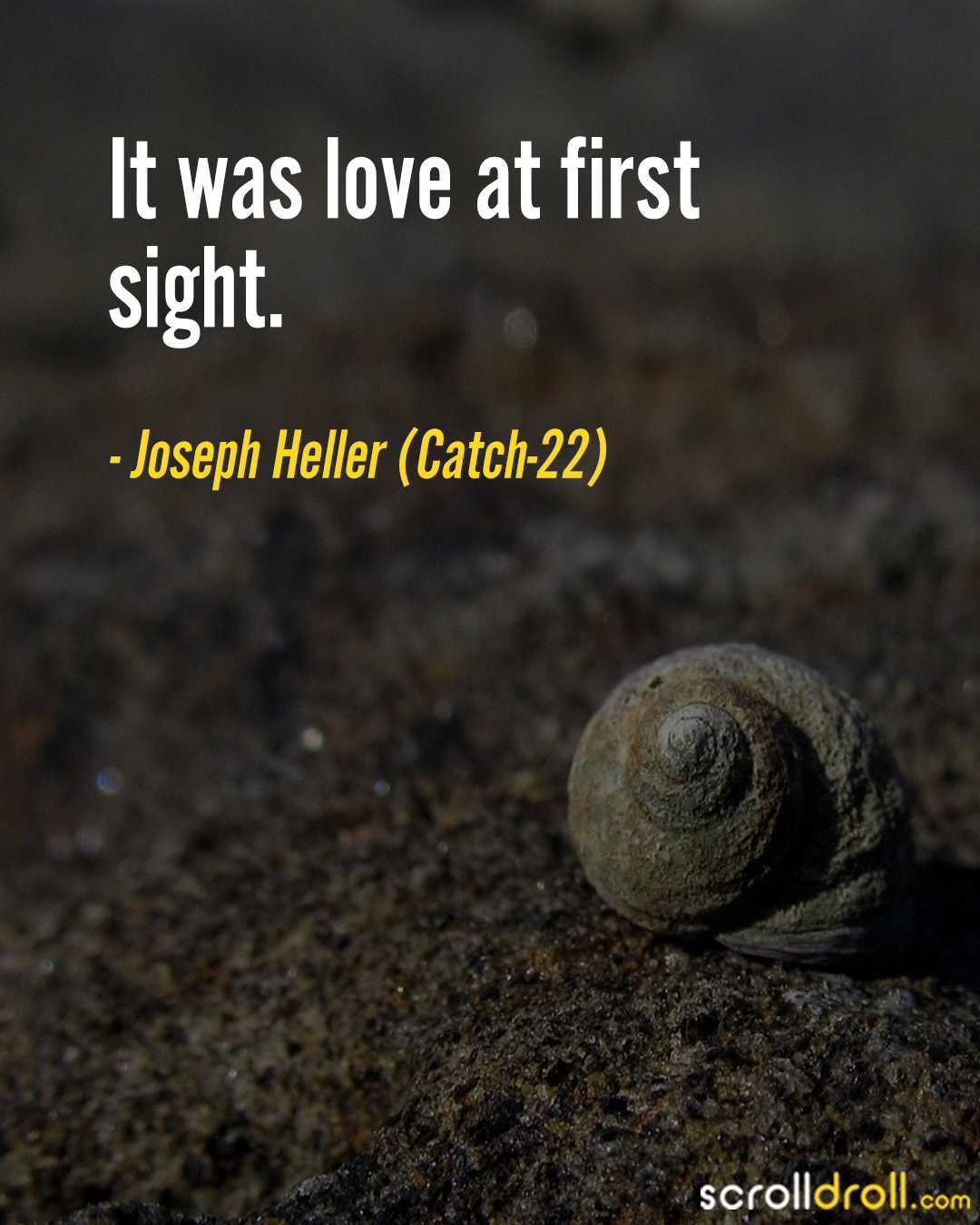 10. “It was a queer, sultry summer, the summer they electrocuted the Rosenbergs, and I didn’t know what I was doing in New York.”
– Slyvia Plath (The Bell Jar) 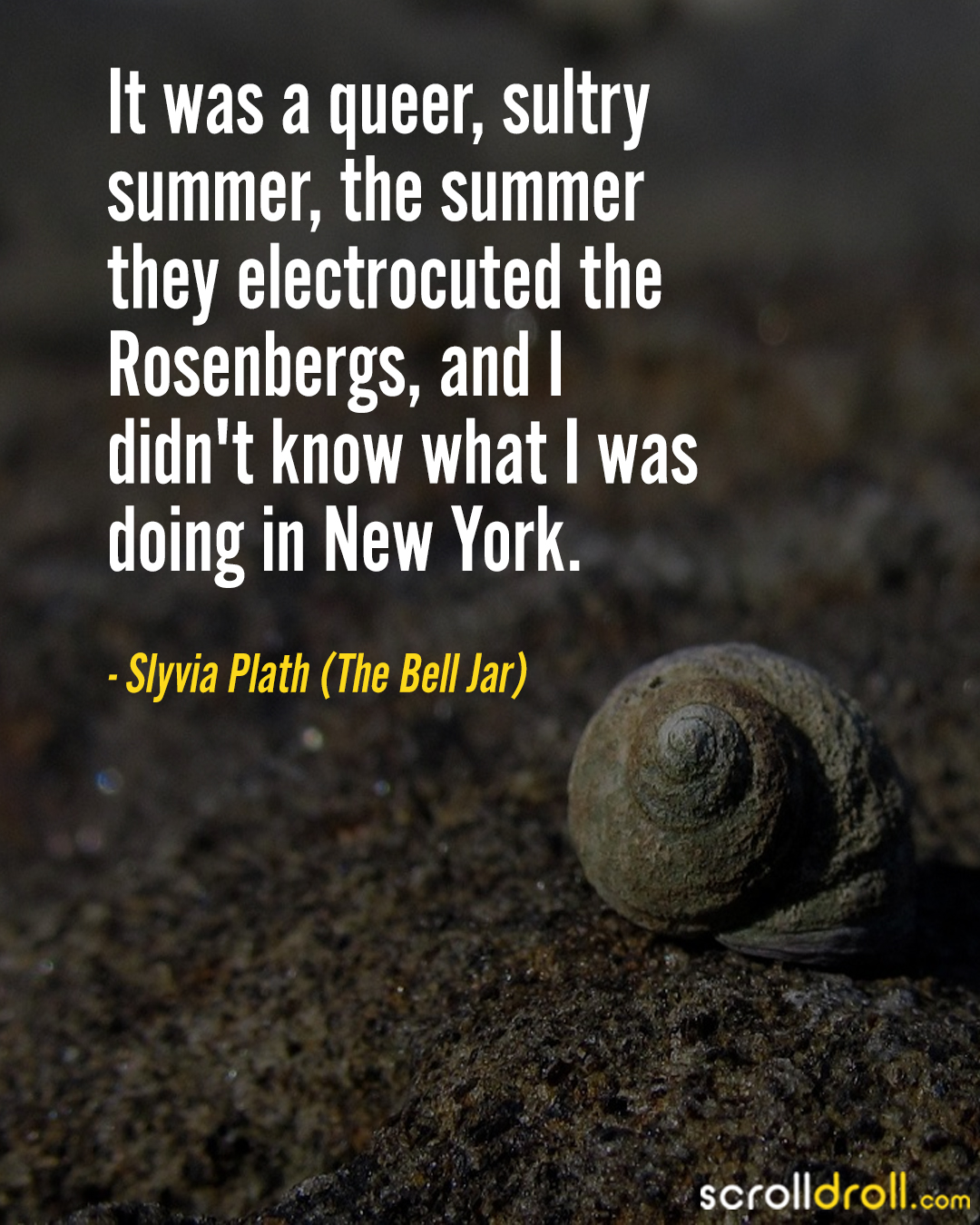 11. “If you really want to hear about it, the first thing you’ll probably want to know is where I was born, and what my lousy childhood was like, and how my parents were occupied and all before they had me, and all that David Copperfield kind of crap, but I don’t feel like going into it, if you want to know the truth.”
– J. D. Salinger (The Catcher in the Rye) 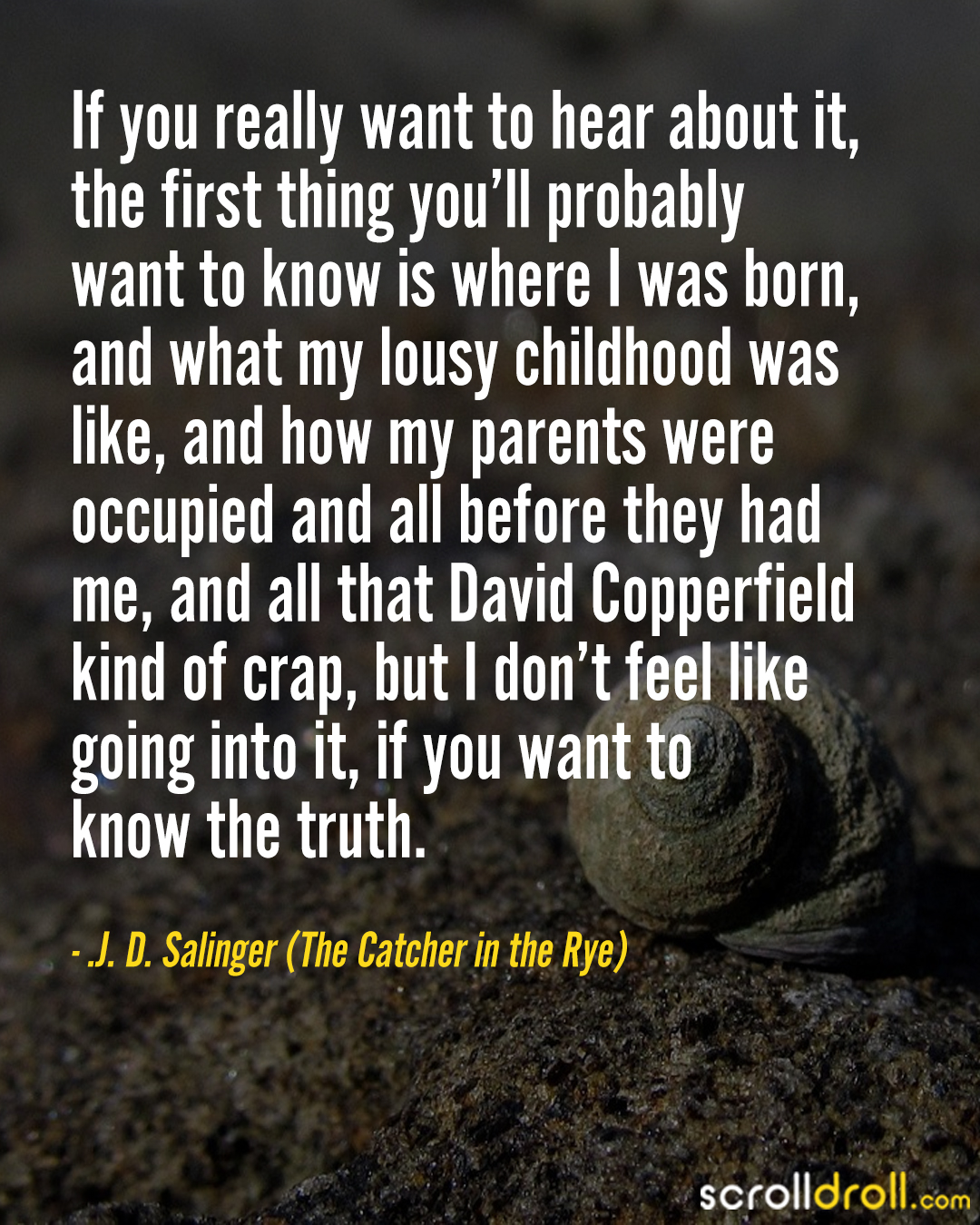 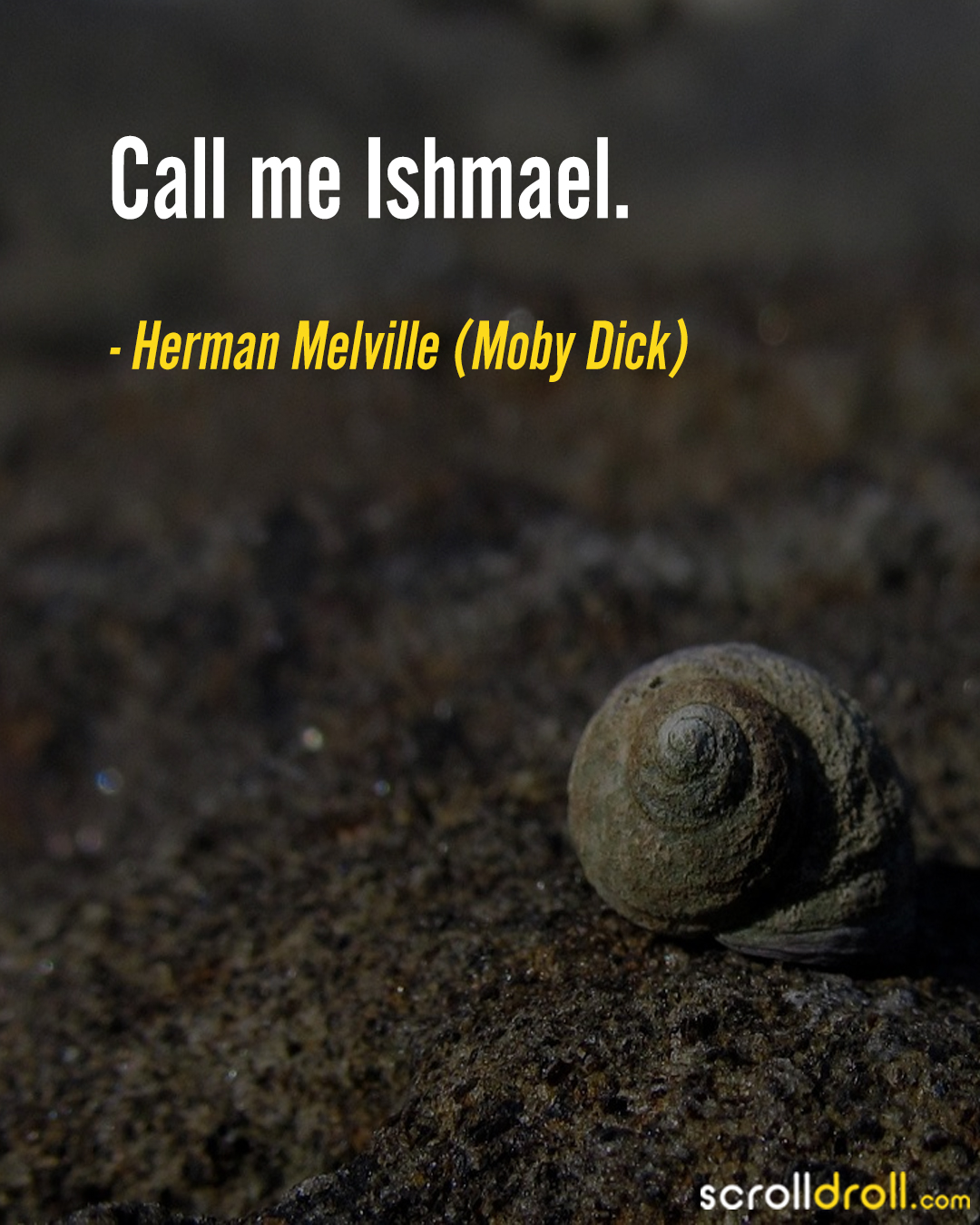 13. “Far out in the uncharted backwaters of the unfashionable end of the western spiral arm of the Galaxy lies a small unregarded yellow sun. Orbiting this at a distance of roughly ninety-two million miles is an utterly insignificant little blue green planet whose ape-descended life forms are so amazingly primitive that they still think digital watches are a pretty neat idea.”
– Douglas Adams (The Hitchhiker’s Guide To The Galaxy) 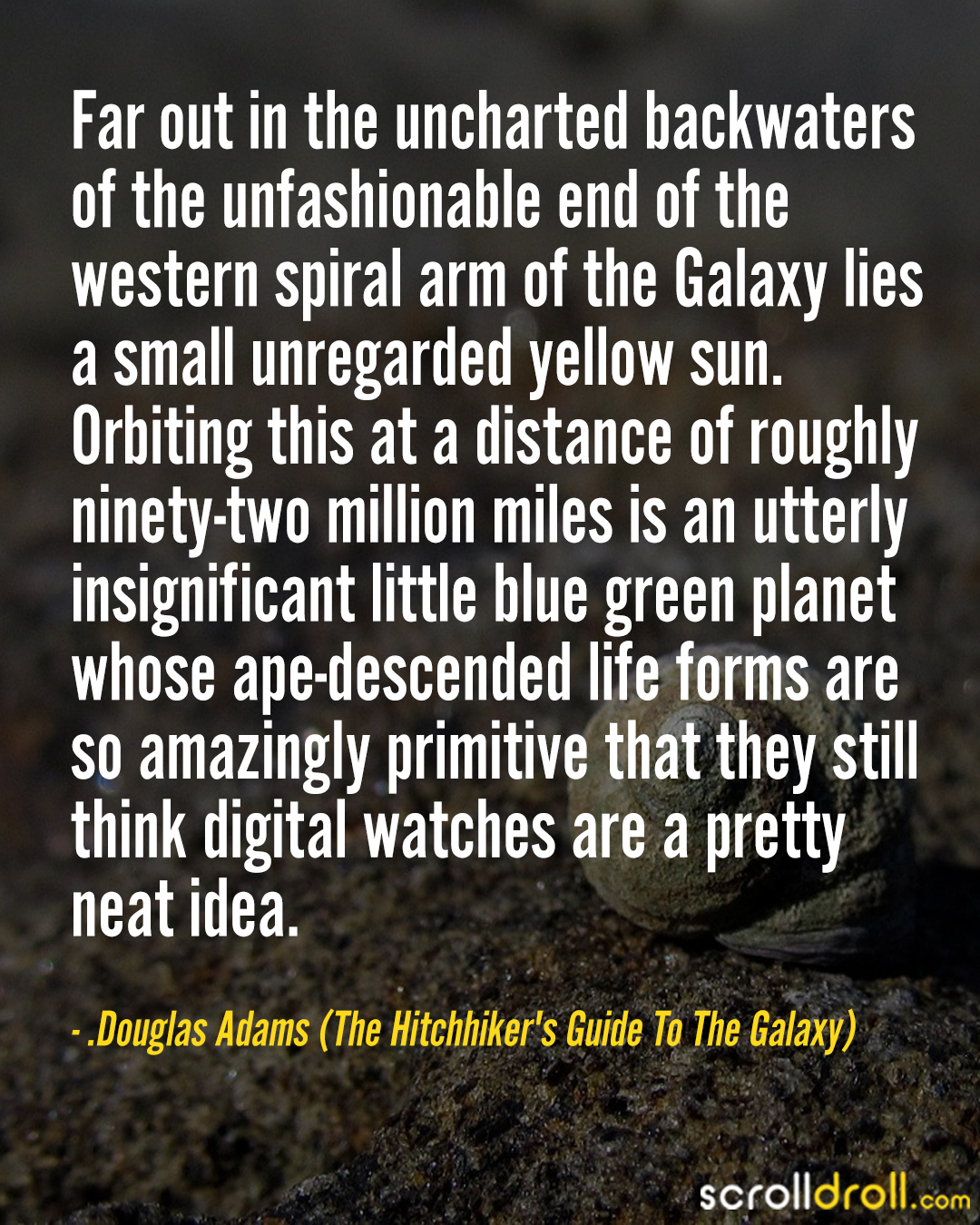 14. “Mr. and Mrs. Dursley, of number four Privet Drive, were proud to say that they were perfectly normal, thank you very much.”
– J. K. Rowling (Harry Potter And The Philosopher’s Stone) 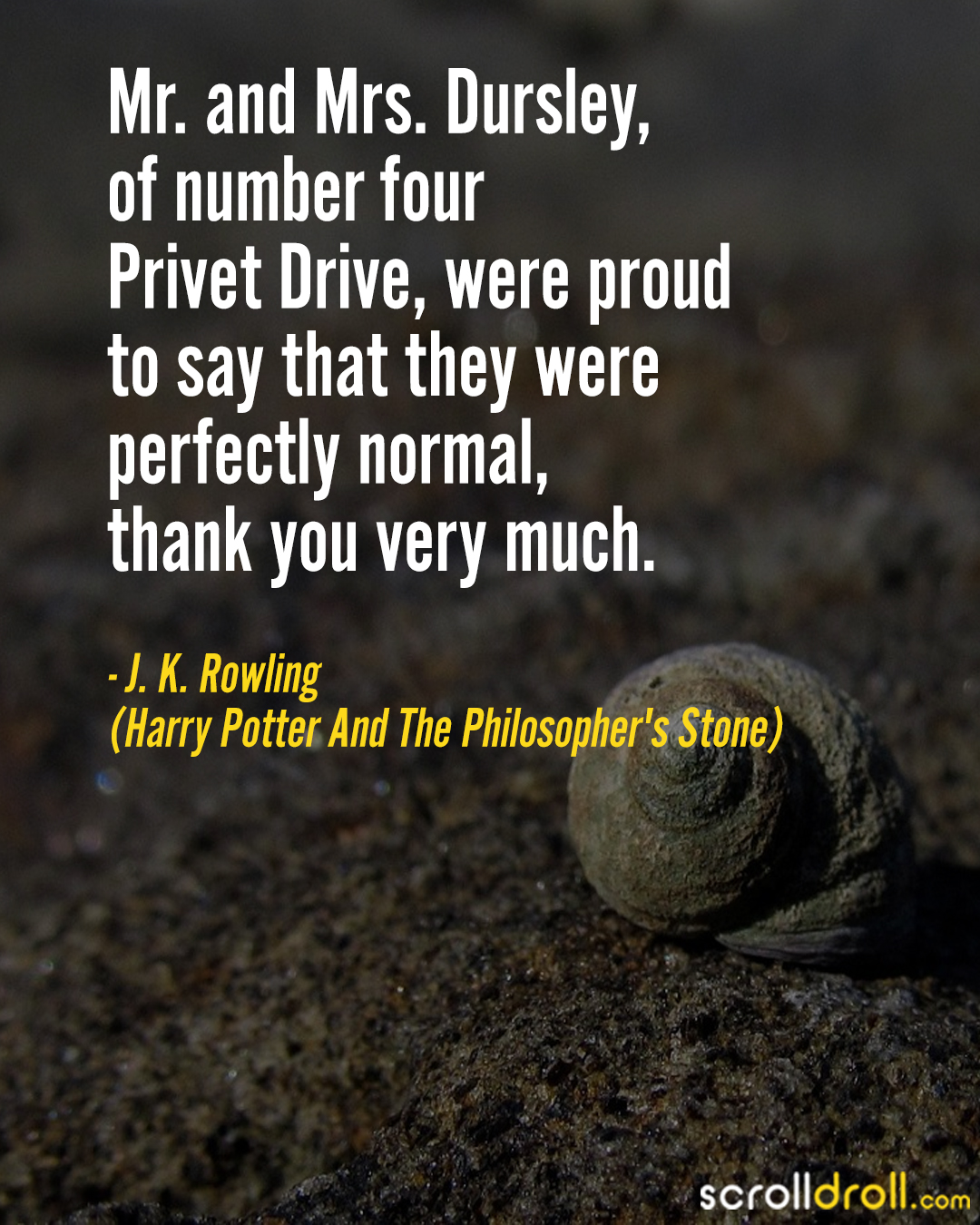 15. “All this happened, more or less.”
– Kurt Vonnegut (Slaughterhouse-Five) 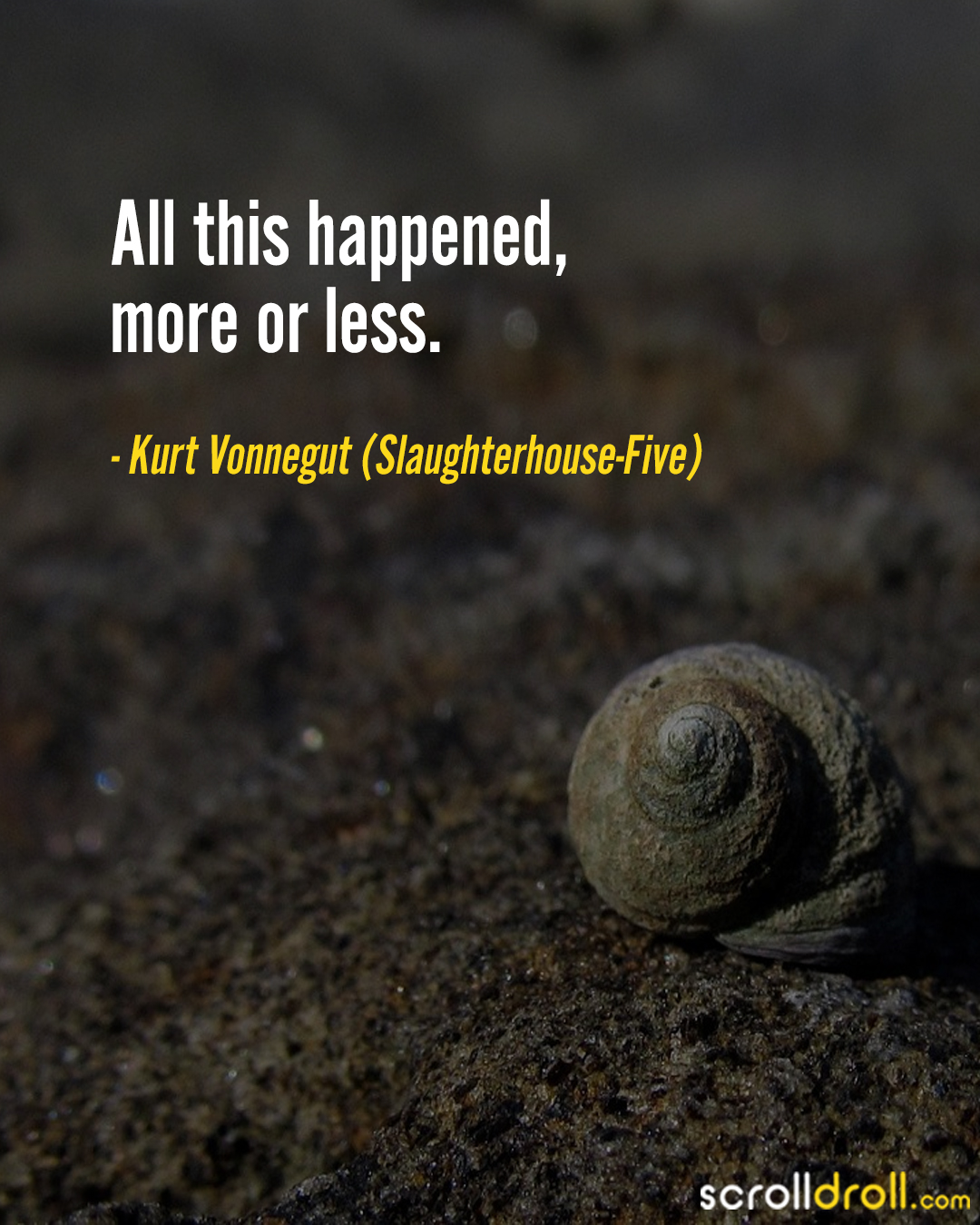 16. “Many years later, as he faced the firing squad, Colonel Aureliano Buendía was to remember that distant afternoon when his father took him to discover ice.”
– Gabriel Garcia Marquez (One Hundred Years of Solitude) 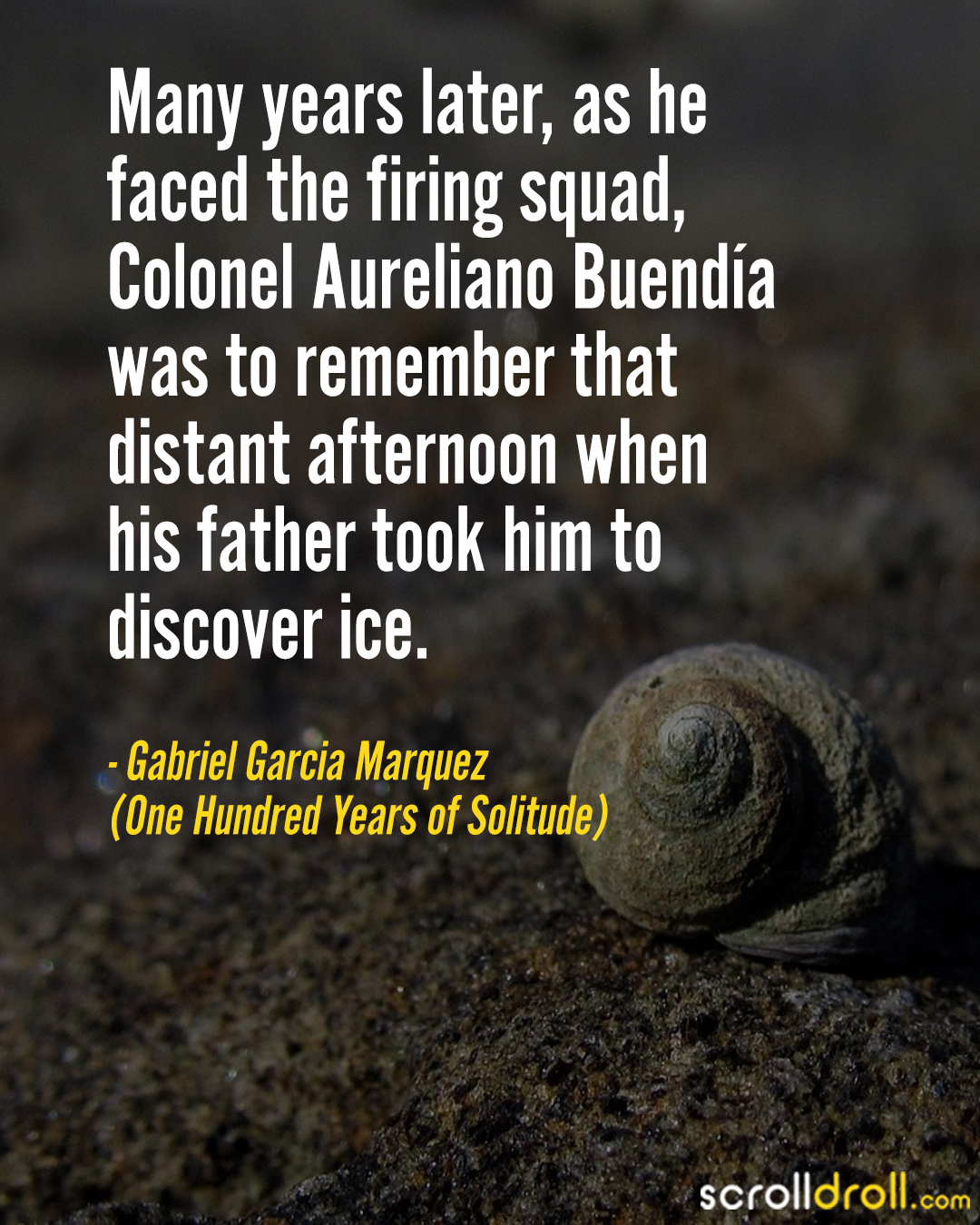 17. “Somewhere in la Mancha, in a place whose name I do not care to remember, a gentleman lived not long ago, one of those who has a lance and ancient shield on a shelf and keeps a skinny nag and a greyhound for racing.”
– Miguel de Cervantes (Don Quixote) 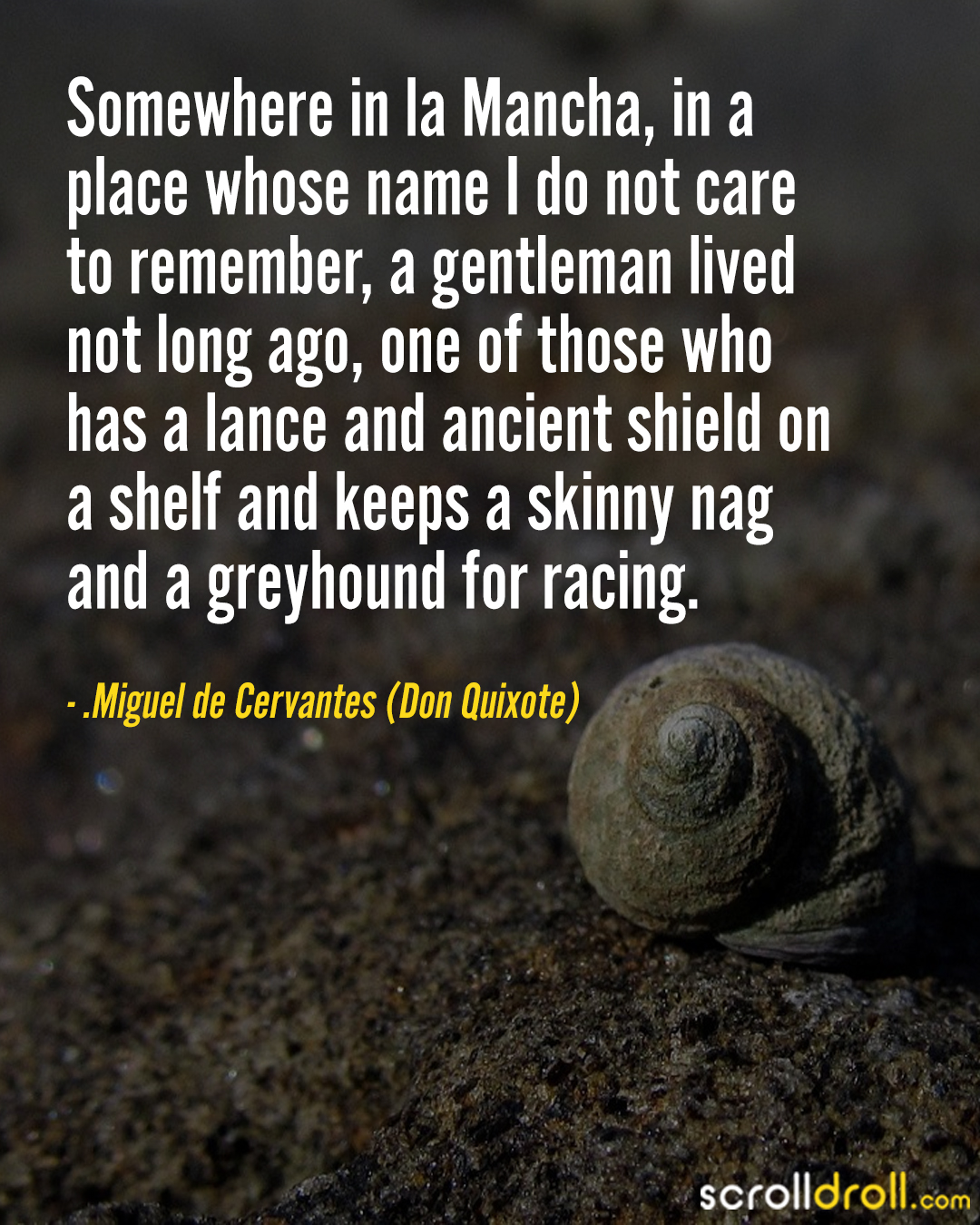 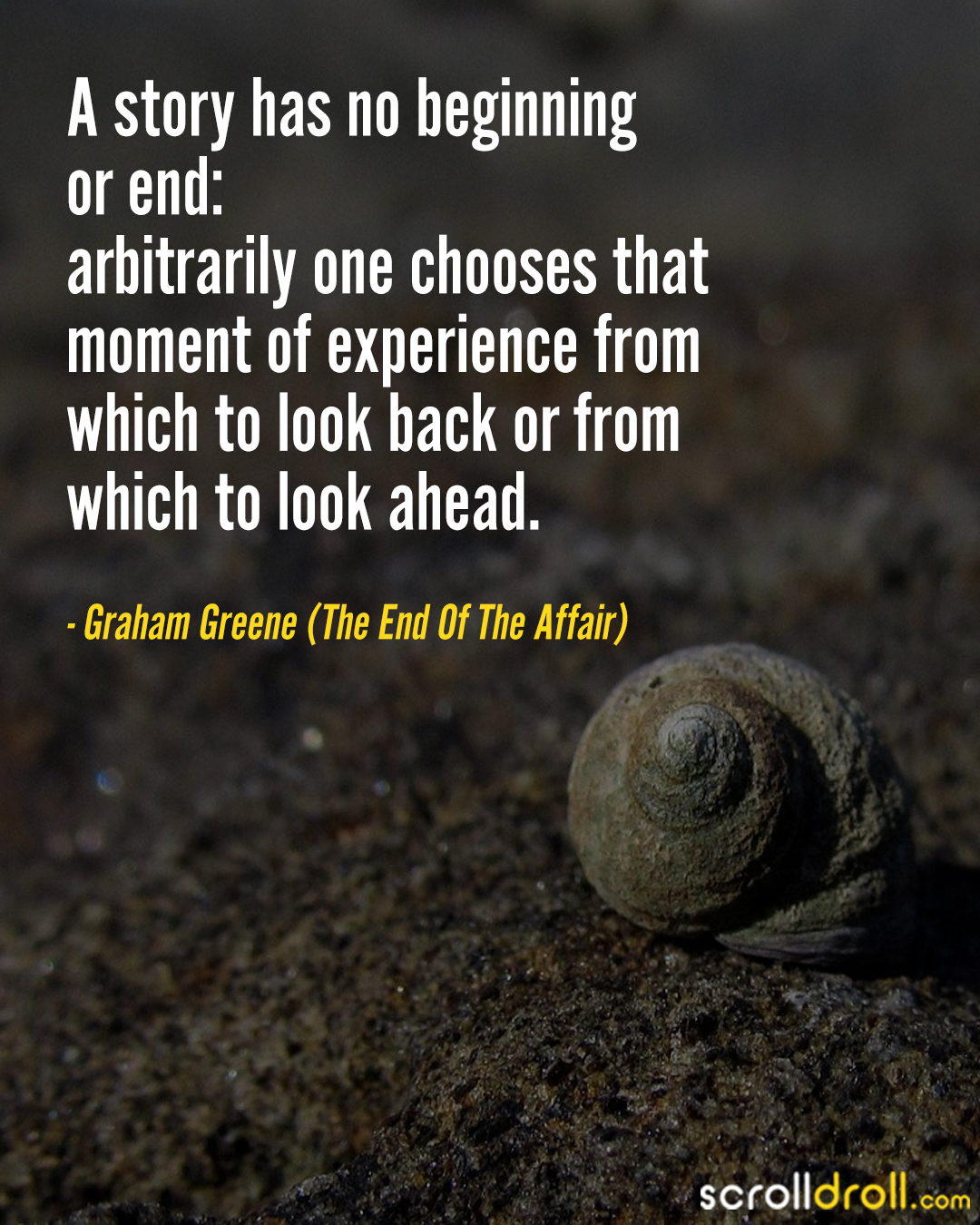 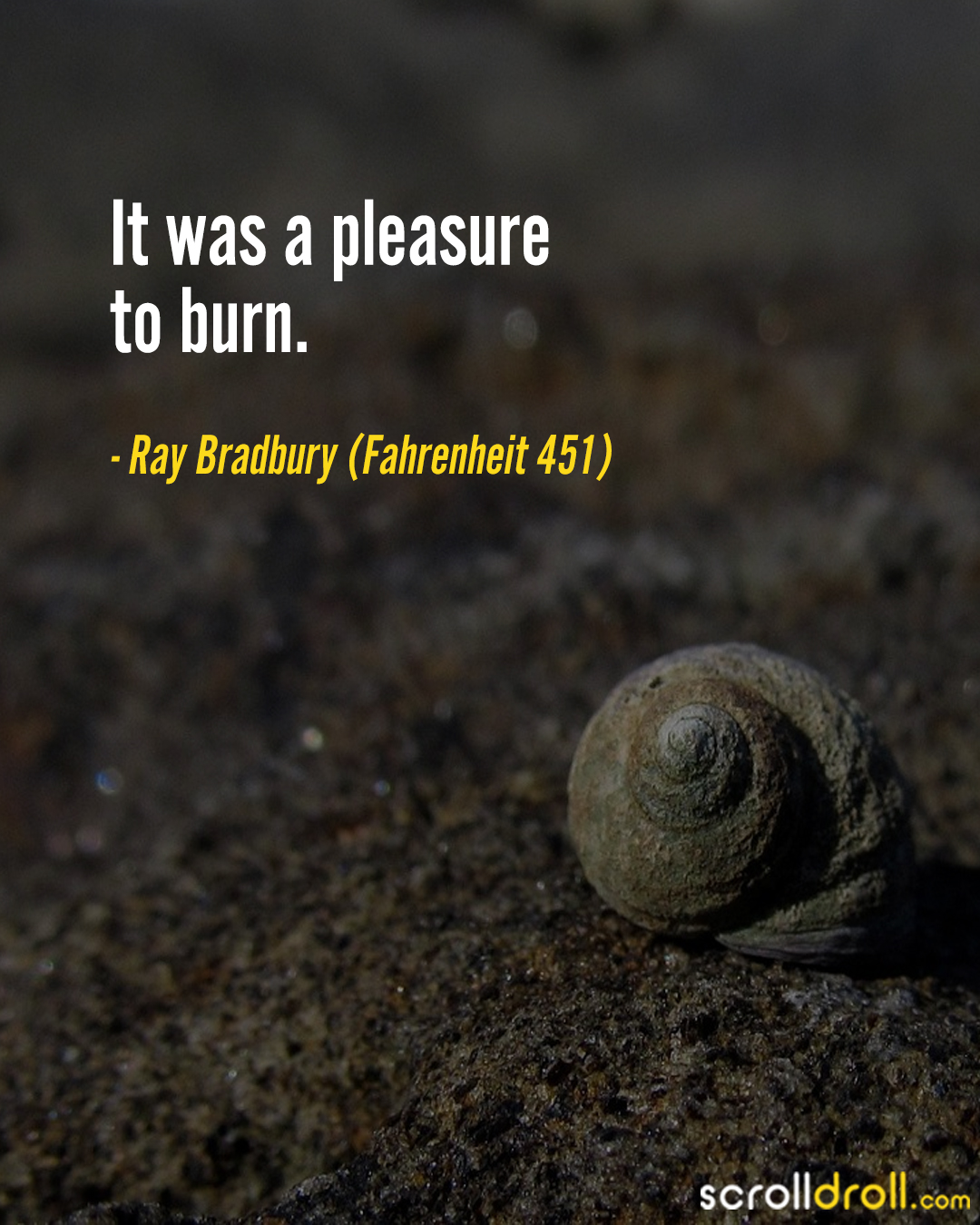 20. “Whether I shall turn out to be the hero of my own life, or whether that station will be held by anybody else, these pages must show.” 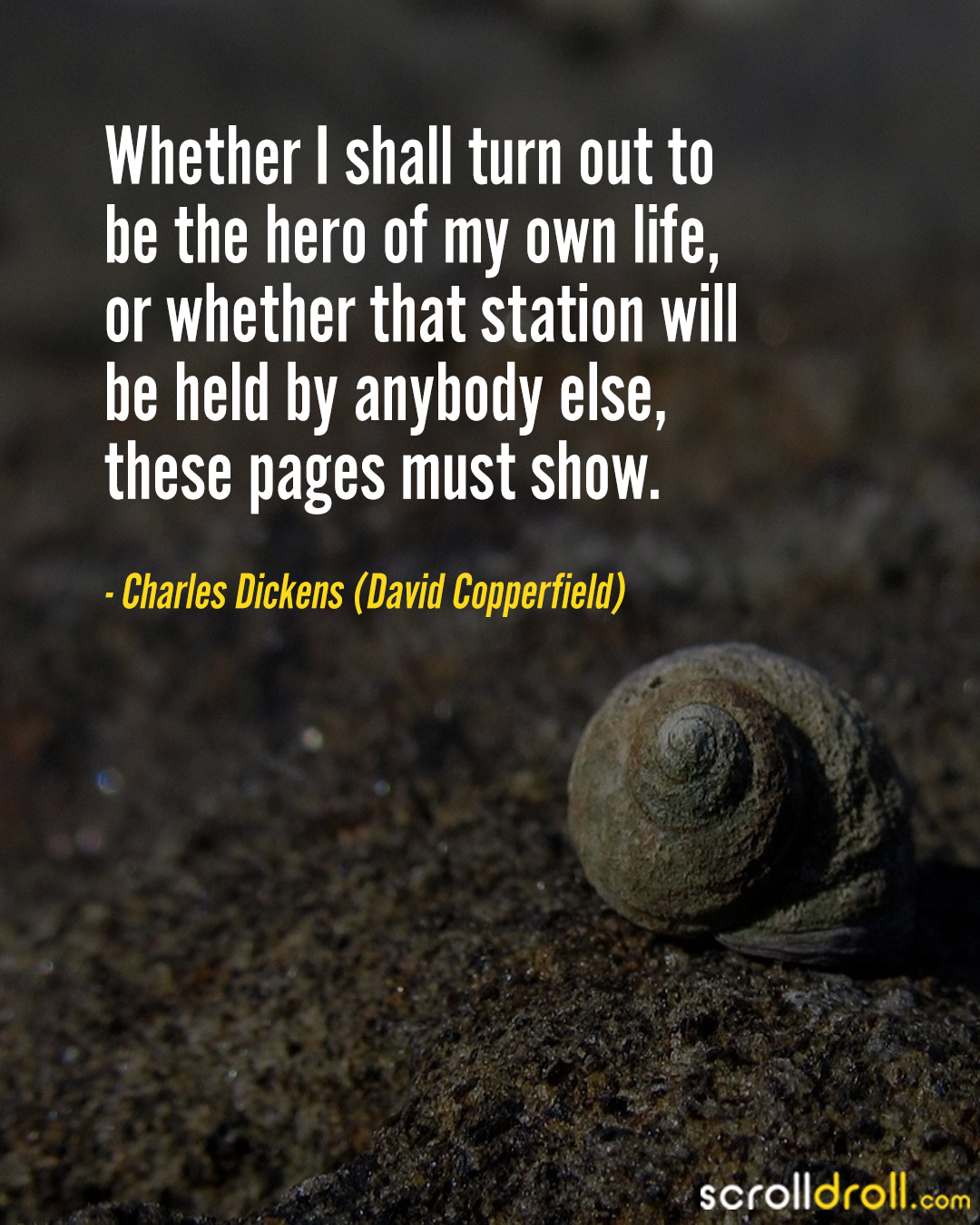 These were some of the most famous opening lines of novels that have earned the status of being classics over the years. Which of these lines lives in your head rent-free? C’mon, y’all bibliophiles, let us know in the comments section.