Kashmir’s relationship with India is rather complicated, underscored by years of violence and disconnect – so much so that one can’t help but mention it when talking about Kashmir, no matter what context. Nevertheless, Jammu & Kashmir has provided our country with not just scenic views tailor-made for a Yash Raj flick, but also some extremely talented people who have done enormous amounts of work to help in the progress of India. So has Ladakh, which has stayed vastly alienated from the mainstream for most of Indian history, but has found its own unique voice in recent years. With that, we give you 20 famous people from Jammu, Kashmir & Ladakh who deserve applause.

Also read: 16 Famous People From Himachal Pradesh We Should Know About

A Renowned Santoor player from Kashmir, Pandit Shivkumar Sharma has composed music for some of the most popular Bollywood movies. He started learning santoor at the age of 13 and gave his first public performance in the year 1995 in Bombay. He teamed up with famous flute player Pandit Hari Prasad Chaurasiya, the duo being named as “Shiv-Hari.” 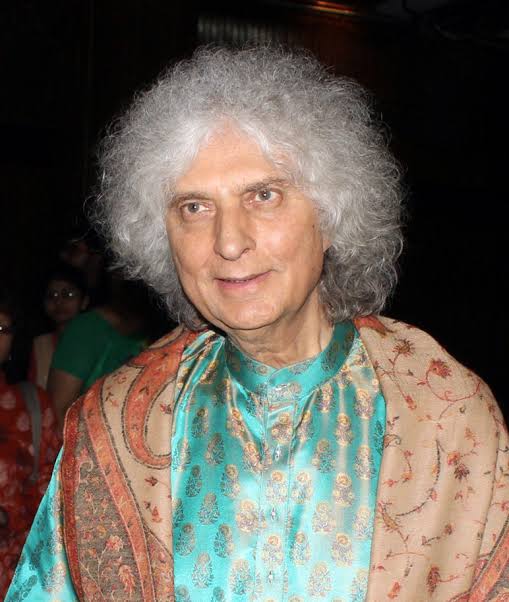 Remembered for his great contribution to the world of Hindi film and music, Kundan Lal Singh was known to be the first superstar of the Indian Film Industry. An actor & an equally talented Singer, Saigal’s most popular songs include Ik bangla bane nyara, jab dil hi toot gaya, do naina matware and babul mora among others. He is primarily remembered for his performance in the film Devdas. 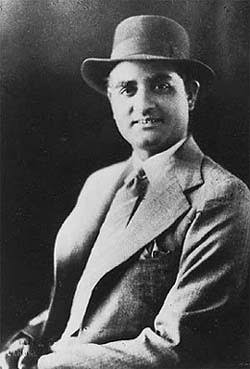 A journalist, scriptwriter, author, and political commentator, Bashrat Peer recently entered Bollywood as a scriptwriter for the film ‘Haider’, which was partially based on his book. He started his career as a reporter for ‘Rediff’ and ‘Tehelka’. His book, ‘Curfewed Night’, winner of ‘Crossword Prize for Non-Fiction’, was chosen among ‘Books of the Year by The New Yorker and The Economist. Currently settled in New York, Peer is a regular columnist for various magazines and newspapers. 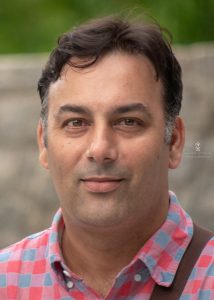 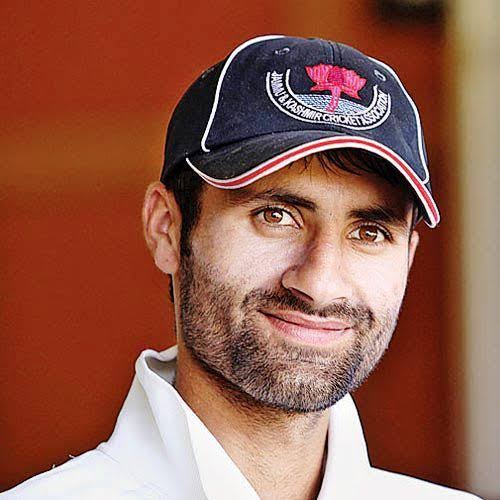 The 29th Indian Chief Justice, Adarsh Sein Anand enjoyed one of the longest tenures as Chief Justice of India. He served in the High Courts of J&K, Madras, Haryana and Punjab and was eventually appointed as a Supreme Court judge in 1991 & National Human Rights Commission’s Chairperson in 2003. He was awarded the Padma Vibhushan in 2008 and the ‘Shiromani Award – 2002’ for Outstanding Achievements in the Field of Judiciary. 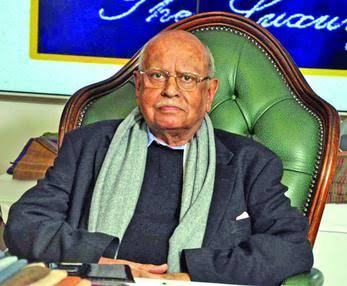 Born as Kulbhushan Pandit, Raaj Kumar was a Bollywood actor popular for his distinct style and dialogue delivery. Most famously, he appeared in the Oscar-nominated film “Mother India”. He worked as sub-inspector I.A.S. of Mumbai Police in the late 1940s before joining Bollywood. His career lasted for more than four decades, making him an unforgettable part of Indian Cinema. 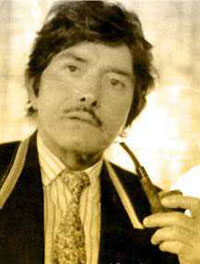 Born as Omkar Nath Dhar in Srinagar and popularly known as “Jeevan”, he is best remembered as the ultimate villain of the golden era of the Cinema. He played the role of Narad Muni in more than 60 films and later as a villain in the 60s,70s & 80s. He is the father of Kiran Kumar, who also works as an actor in Bollywood. 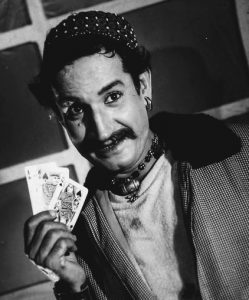 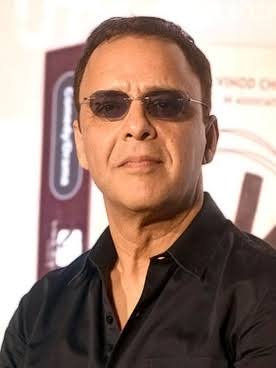 The 10th Comptroller and Auditor General of India (CAG), Vijayendra Nath Kaul worked at senior levels in the Indian government and in the United Nations. He is currently serving on the Eminent Persons Advisory Group (EPAG) of the Competition Commission of India. He joined the Core Group on Knowledge Research Initiative of the Parliament in June 2015 and was awarded the Padma Bhushan in 2014. 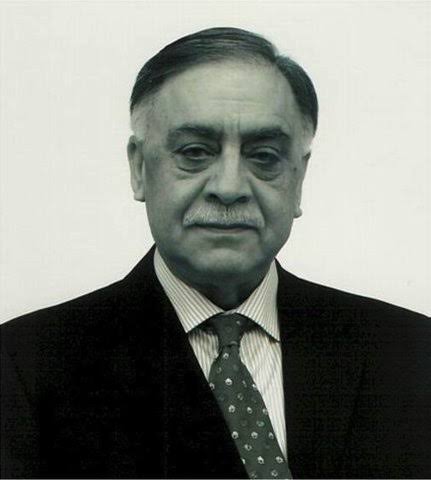 Born in Uleytokpo, near Alchi in Leh district in Ladakh, Sonam Wangchuk is an engineer and education reformist. He is the founding director of the Students’ Educational and Cultural Movement of Ladakh. In a collaboration with the government, he played an instrumental role in launching Operation New Hope in 1994, which sought reforms in government schooling. He designed the SECMOL campus that runs on solar energy, and invented the Ice Stupa technique to make artificial glaciers that can be used to store water in winter. Sonam Wangchuk inspired Aamir Khan’s character in one of the most popular movies of the late 2000s, 3 Idiots. 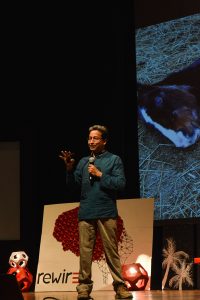 Born in Kadyal in Jammu and Kashmir, Bana Singh is an Indian soldier who received the highest gallantry award in the country, Param Vir Chakra for leading the team that took over control of the highest peak on the Siachen glacier as part of Operation Rajiv in 1987. Before this victory, this peak was called the Quaid Post (named after Muhammad Ali Jinnah). The name was changed to Bana Top after Bana Singh, and India continues to hold this post to this day. 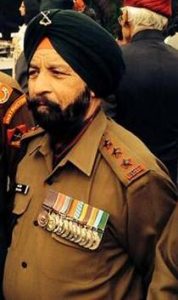 Born in Budgam, Nidhi Razdan is a journalist who was the executive editor of NDTV and its primary anchor on NDTV 24×7. Razdan has covered a variety of news events for the platform, with a main focus on political, economic, and social stories. She also wrote a book, Left, Right, and Centre: The Idea of India which was published by Penguin Random House India in 2017. 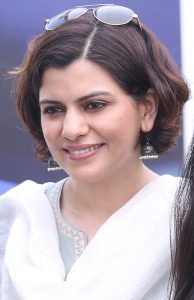 Born in Bijbehara in Kashmir and Jammu in British India, Mufti Mohammad Sayeed was a politician who served twice as the CM of Jammu and Kashmir and was Home Minister of India from December 1989 to November 1990. He founded the People’s Democratic Party in Kashmir, which is now led by his daughter, Mehbooba Mufti. 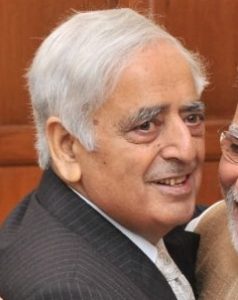 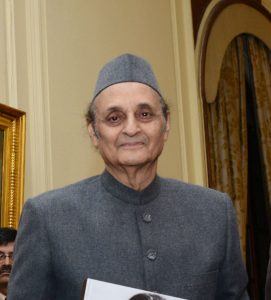 Born in Kalakote Rajouri in Jammu and Kashmir, Abdul Samad is an Indian cricketer who plays for Sunrisers Hyderabad in the Indian Premier League. He is only the third cricketer from J & K to feature in the IPL. Samad is a right-handed batsman and right-arm leg-break bowler.

Born in Matho village in Leh district, Jamyang Tsering Namgyal is an Indian politician and member of parliament from Ladakh. He is a member of the Bharatiya Janata Party and was elected to be the youngest Chief Executive Councillor of Ladakh Autonomous Hill Development Council in Leh. He gained popularity after his speech in support of the re-designation of Ladakh as a union territory that went viral on social media. 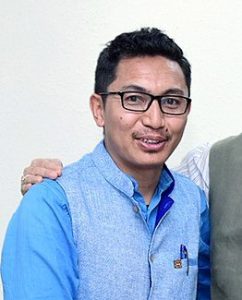 Born Ngawang Lobzang Thupstan Chognor, in the Matho branch of the royal household of Ladakh, and more commonly known as the 19th Kushok Bakula Rinpoche, he was a Buddhist lama who served as India’s ambassador to Mongolia. The thirteenth Dalai Lama recognised him as a reincarnation of Bakula Arhat, a direct disciple of Buddha. He was awarded the Padma Bhushan in 1988. 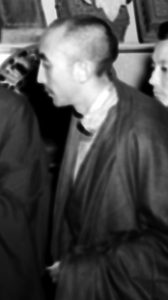 Born in Srinagar, Hina Khan rose to fame when she played the female protagonist in the long-running and extremely popular Star Show, Yeh Rishta Kya Kehlata Hai. She was also a runner-up on Bigg Boss 11 and Fear Factor: Khatron Ke Khiladi 8, and played the revamped version of the iconic villain, Komolika, in Kasautii Zindagii Kay 2. She has won several awards for her work in television. 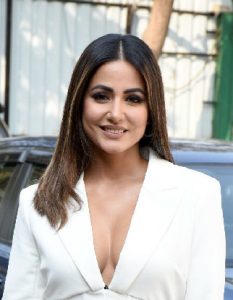 Born in Srinagar as Kunal Ravi Kemmu, he is the grandson of Padma Shri recipient Kashmiri playwright, Moti Lal Kemmu. Kunal made his debut as a child actor, appearing in several movies such as Hum Hain Rahi Pyar Ke and Raja Hindustani, and made a re-debut as a leading actor in Kalyug. He has appeared in several movies since, including Dhol, Golmaal 3 and Golmaal Again, Kalank and Lootcase. 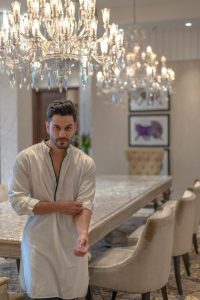 Born and raised in Jammu, Mohit Raina is an Indian actor who rose to fame when he played the leading role of God Shiva in Devon ke Dev – Mahadev. He had previously worked in other TV shows, including Chehra and Ganga Kii Dheej. He got his major Bollywood break with Uri – The Surgical Strike and recently appeared as the lead actor on Prime Video’s web series, Mumbai Diaries 26/11. 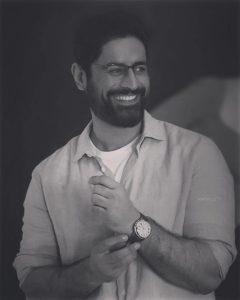 We hope to see more and more people on this list as we move forward in time!