Alcohol is as old as time, or at least as old are we are. Even thousands of years ago, our ancestors drank to forget, or at least to have some fun. And while drinking is quite enjoyable by itself, nothing helps one blow off steam like a good night of fun drinking games with friends. Here are some games you can try out the next time you’re out!

Also read: 15 Fun Indoor Family Games To Play At Home With Your Loved Ones

1. Never Have I ever

Beginning with a classic, Never Have I Ever is a fairly simple game. One player mentions a thing they have never done, and all of the other players who have done the thing, take a sip of their drink. 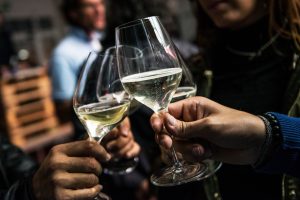 In this game, a deck of cards is dealt to a group of friends. Each card value is associated with a particular rule (eg. 2 could mean the person who drew the card has to give out two drinks to two people) and the players must perform the activity as per the card drawn. 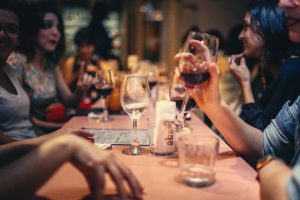 To be played in a group of at least four, in this game, one player is assigned as the “Murderer” or the “Killer” by picking a card. Once cards have been assigned to everyone, the murderer may wink at another person in the group, thereby “killing” them. The other person is required to wait a few seconds, and then leave the game, or feign death. The other players can meanwhile guess who the killer is, and if one wants to make a guess, they can begin by saying, “I accuse…”. If their accusation or guess is incorrect, they must take a sip of their drink. If it is correct, everyone must drink. 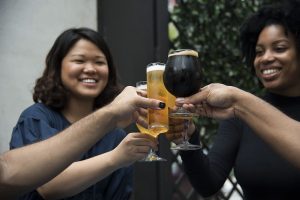 In this game, the only thing you need are paper cups with beer (unless you want to accidentally trip over a glass and make a mess.) Two players stand at opposing ends of a table, and each try to throw a ping pong ball into the beer cups. If a player successfully puts the ball in the cup, the other player has to drink all the beer in the cup. Not only is this one of the most fun drinking games, it is also one of the easiest. 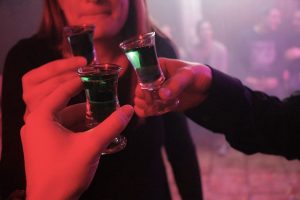 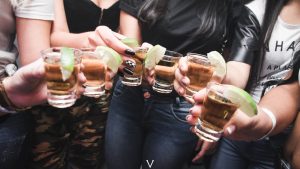 This uncomplicated game only requires a pen and a paper. A number of funny sentences are to be written on a piece of paper, and passed around so everyone can read out loud the sentences one by one. While this is done, everyone, including the reader, must keep a straight face. If any of the players chuckle, giggle, laugh, or even smile, they must take a sip of their drink. 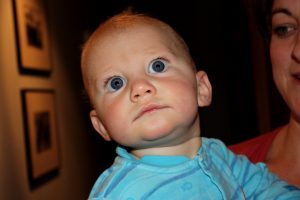 To play this game, you must first acquire (or buy) a deck of modified cards with instructions on each of them. The game is simple – a player has to draw a card. If what the card says applies to you (eg. If you like cottage cheese, take a drink), you must take a sip of your drink. 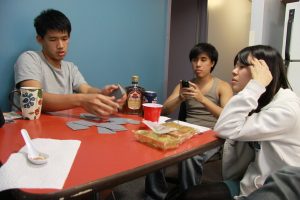 In this game, two players are required to sit with their backs to each other, while the rest of the groups asks questions (e.g. which of you two is more likely to get into a fist fight?). Out of the two players, whoever thinks the question applies to them, takes a sip. If both players take a sip, both of them have to take another sip. If neither takes a sip, the both of them have to take a sip. 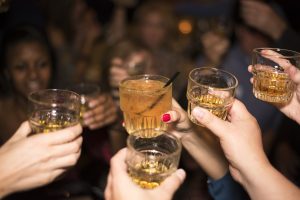 Without a doubt, any party would be incomplete without a game of Bingo. To add more fun to this popular game, one can modify the rows and columns on the Bingo card to have more drinking-related options. 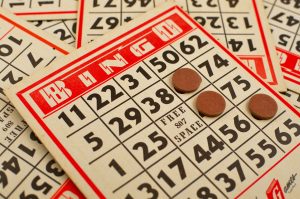 There’s no way you don’t know how this goes – but for those of you who were apparently born yesterday – in this popular game, a bottle is spun while a group of players sits around the bottle. Whoever the bottle points towards, must either choose to speak a truth, or perform a dare (a task). 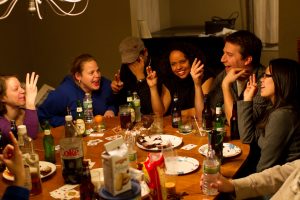