We live in an incredible world full of unsolved mysteries and wondrous things. What’s even more incredible is how little we know about the world around us. While we are busy scrolling through adorable pictures and memes on the Internet, there is so much happening around us that we are totally clueless about. There are so many startling fun facts about our world that would amaze anyone.

As a matter of fact, there are tons of unheard fun facts out there that are so outlandish and bizarre that they’d make you shake your head in disbelief and cry out loud ‘wtf?’

Here are our top 17 fun facts that sound incredibly false but are actually true!

You may not believe it but the water you drink every day in all likelihood contains at least one molecule of water that once passed through the body of a dinosaur. 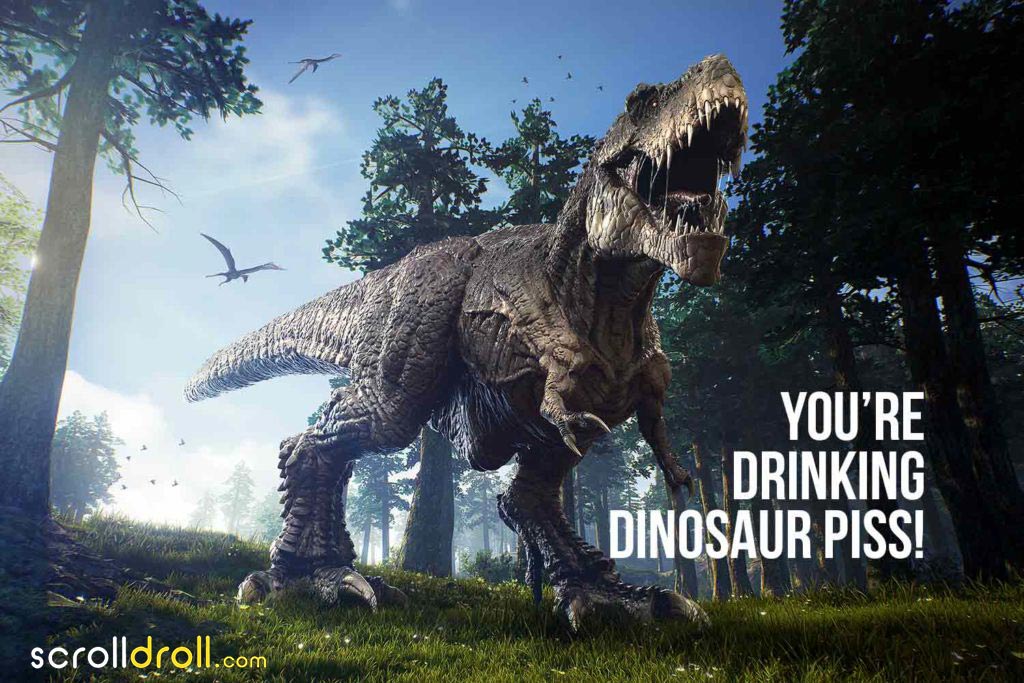 2. Koalas can unlock your phone!

Koala fingerprints are identical to that of human’s and are indistinguishable under an electron microscope. Isn’t it an incredible cool fun fact? 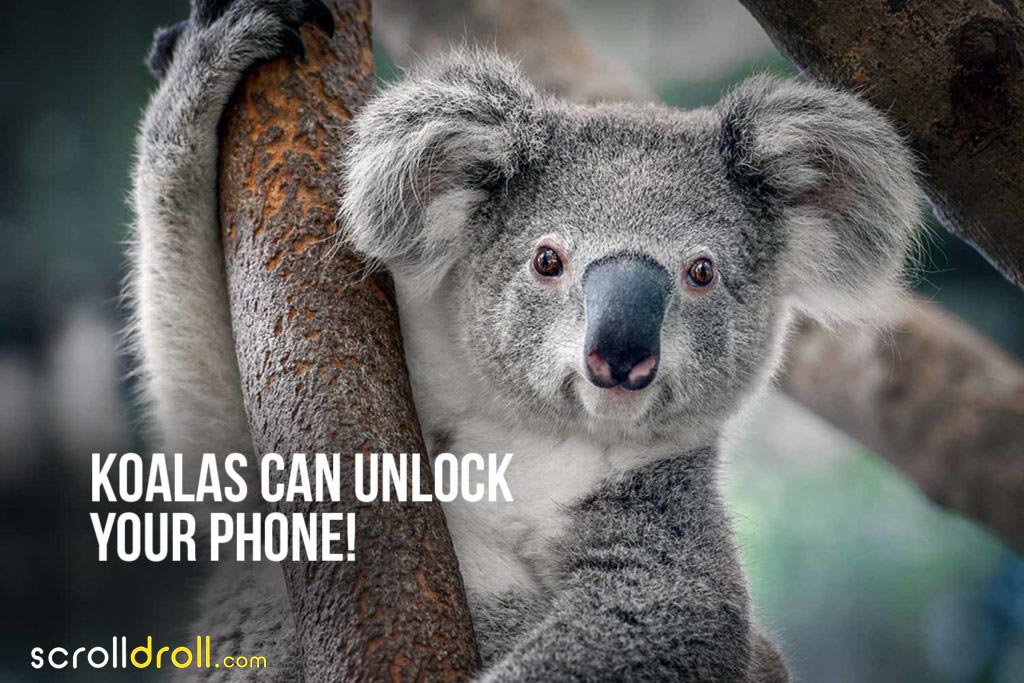 3. You’d have to clear customs for space travel!

‘Cause even Neil Armstrong had to. Those are some strict laws! 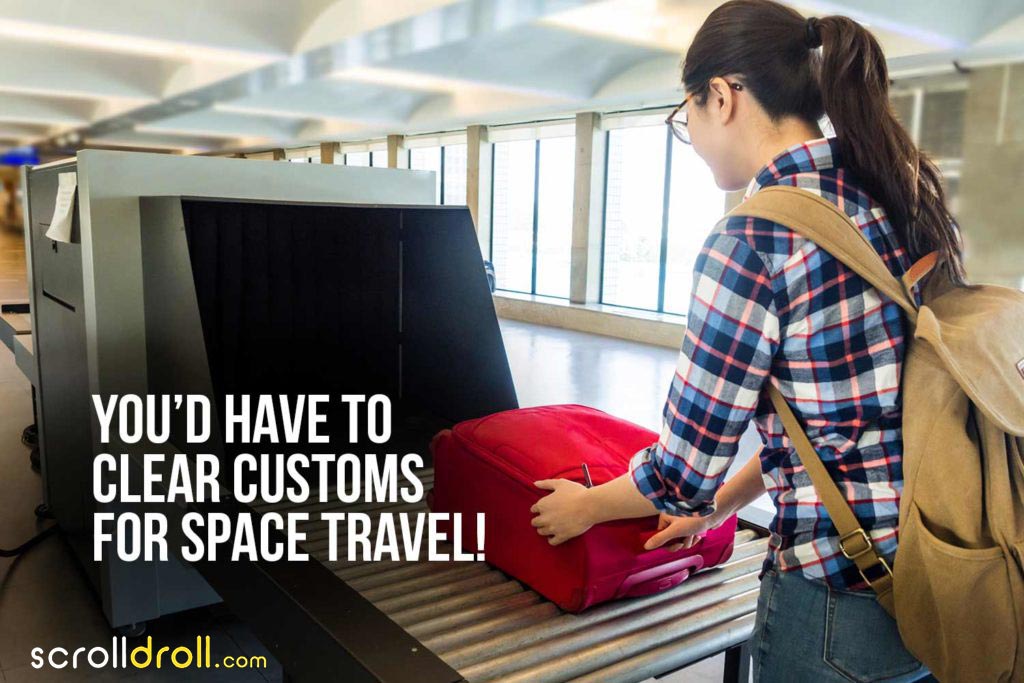 4. Shampoo was actually invented in India!

It may sound like a western product that eventually made its way to the east but shampoo actually finds its roots in India. 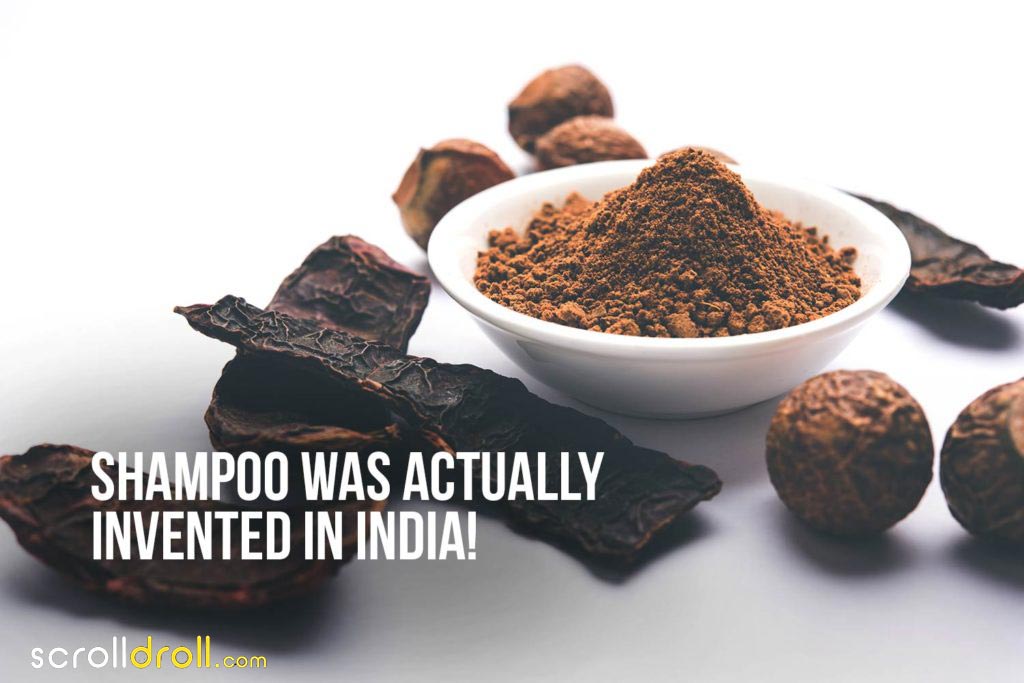 Metal expands ‘cause of heat and that’s why as temperature peaks in summer, the Eiffel Tower grows by up to 6 inches. 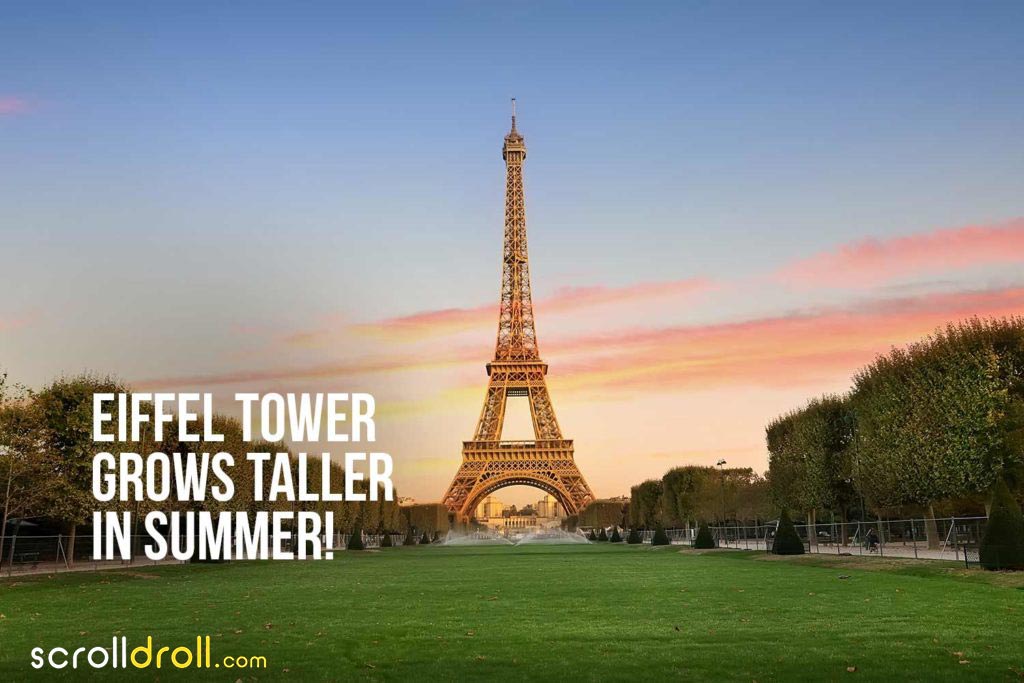 6. You have a lot in common with a banana!

Here’s a fun fact about Bananas. It might be a fruit but a banana shares 50% of its DNA with humans. 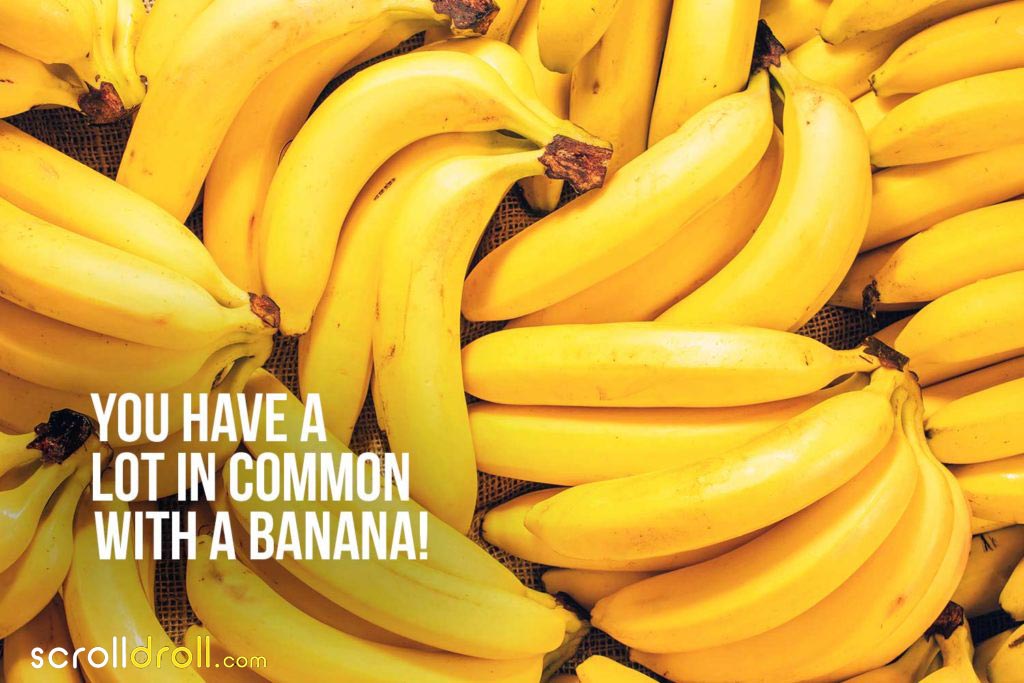 7. You can swim inside a blue whale’s heart!

Here’s my favorite fun fact from the animal kingdom. You probably wouldn’t want to but a blue whale’s heart is so big that you can literally swim through its arteries. 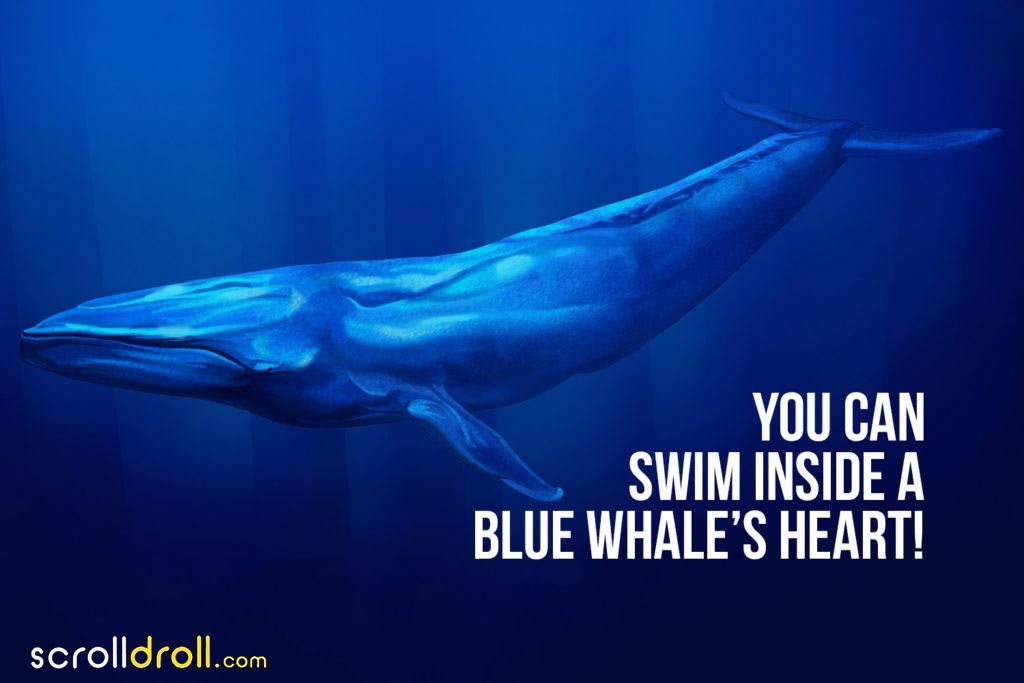 8. Kumbh Mela could once be seen from space!

Yes, it’s one of the biggest melas worldwide but the gathering of people at the 2011 Kumbh Mela was so massive that it was actually visible from outer space. 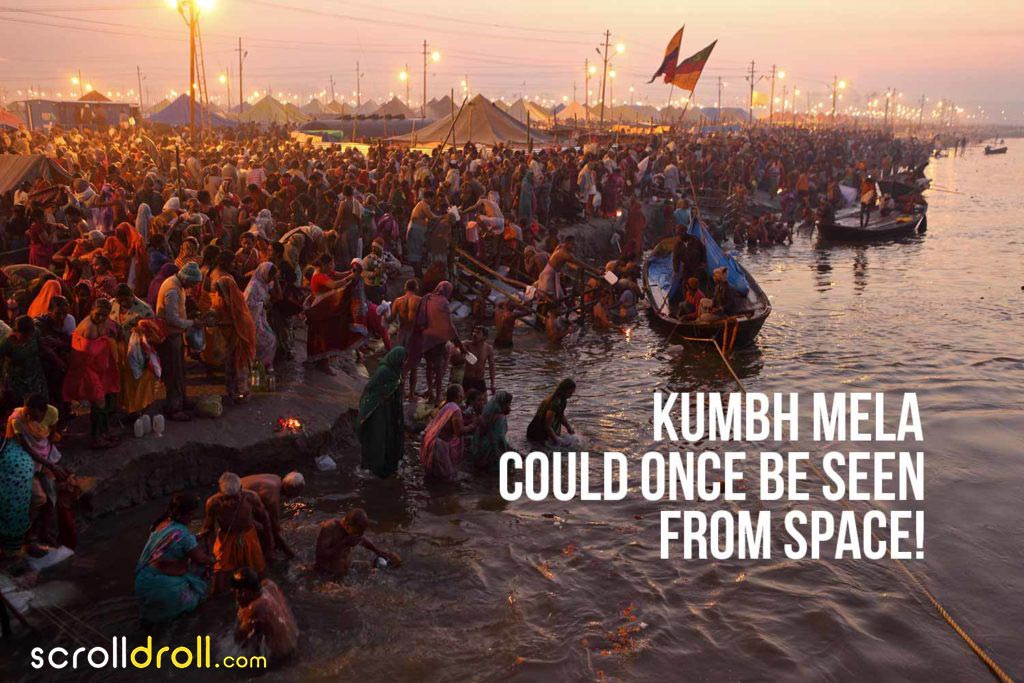 You’d think the Arabs will have enough and more camels but during Hajj, there is a spike in the demand for camel meat and hence, they’re imported from the land down under. 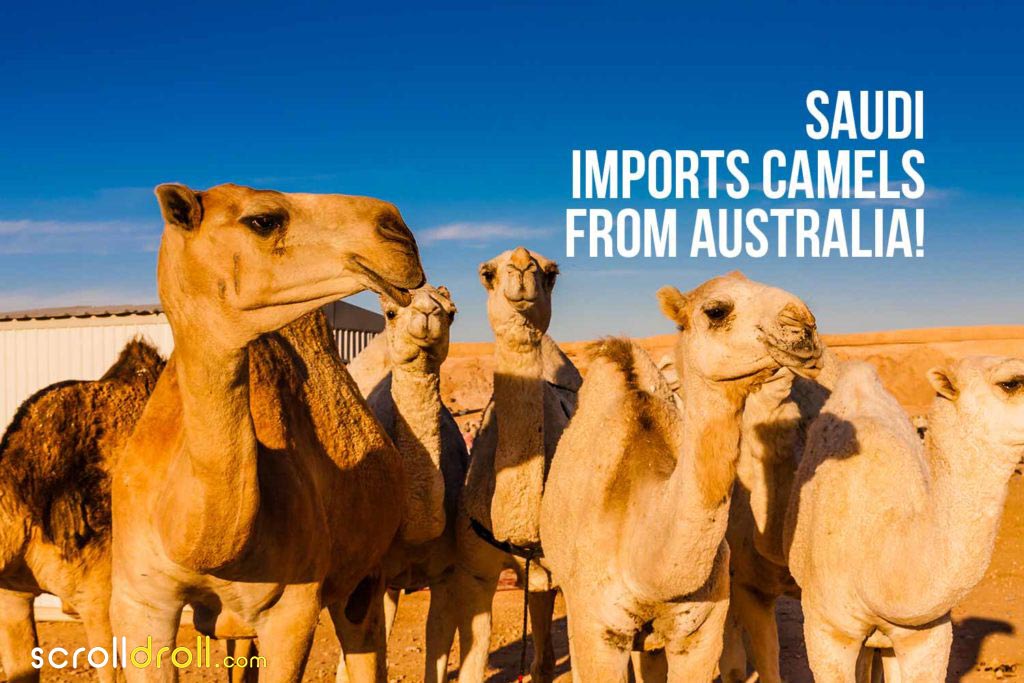 10. You can tell if the water is hot or cold by listening to it!

This fun fact about the water in your taps and glasses is unbelievable. You might think we are joking but the two sound different because hot and cold water has a different viscosity or thickness and hence, sound different when they are poured. 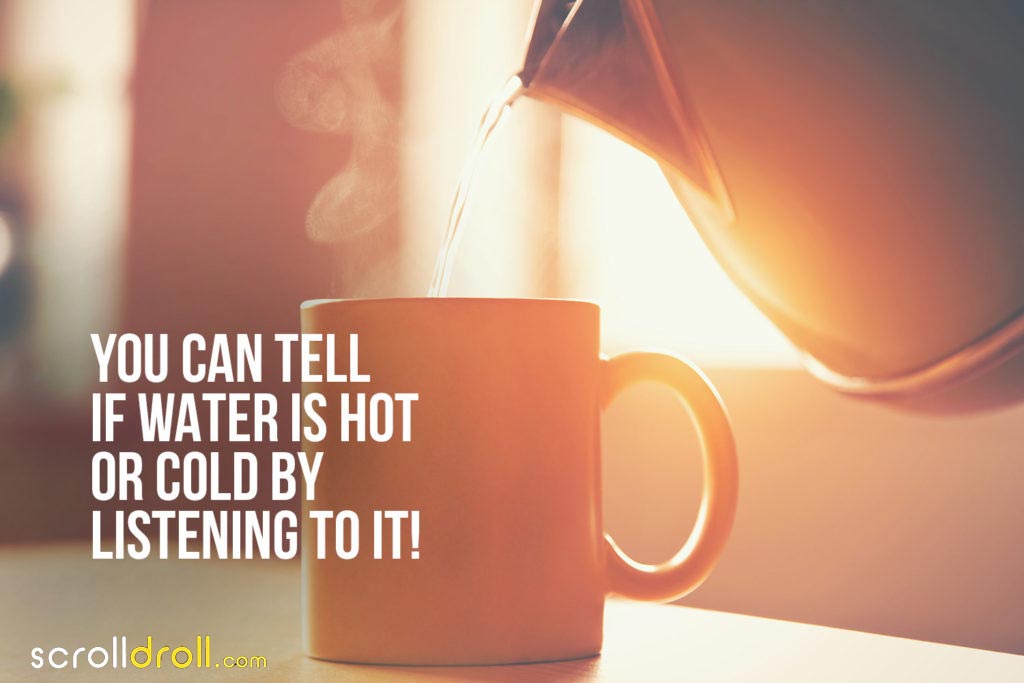 11. India was the first to discover water on the moon!

No, it wasn’t the US but India’s ISRO Chandrayaan- 1 that using its Moon Mineralogy Mapper detected water on the moon for the first time. Another fun fact about India! 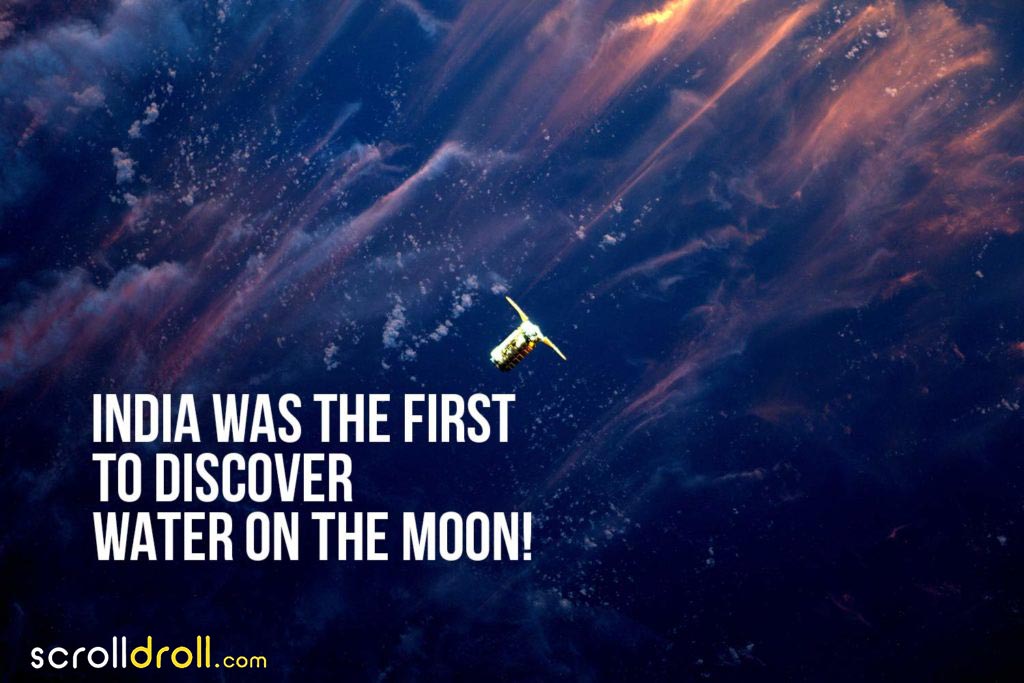 Sharks have been getting a lot of bad rep for killing people while it’s the vending machine you pass every day that’s the bigger killer. More people die every year buying (or sometimes stealing) snacks from a vending machine as compared to those killed by sharks. 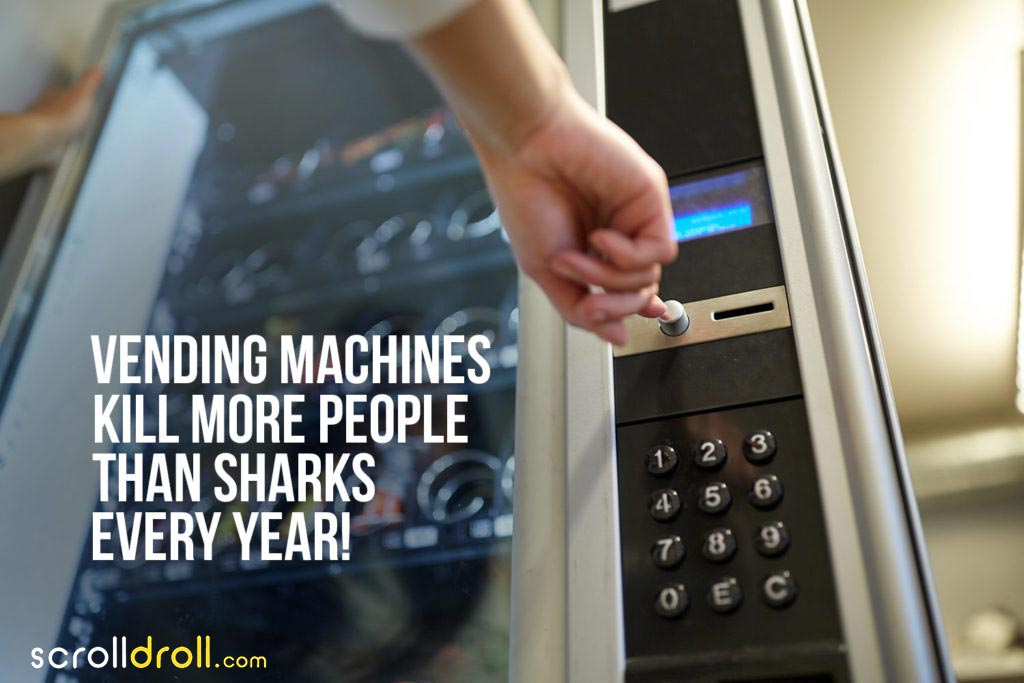 Ok, so the store-bought honey does have an expiry date but scientifically, in its purest form, honey can actually last forever. 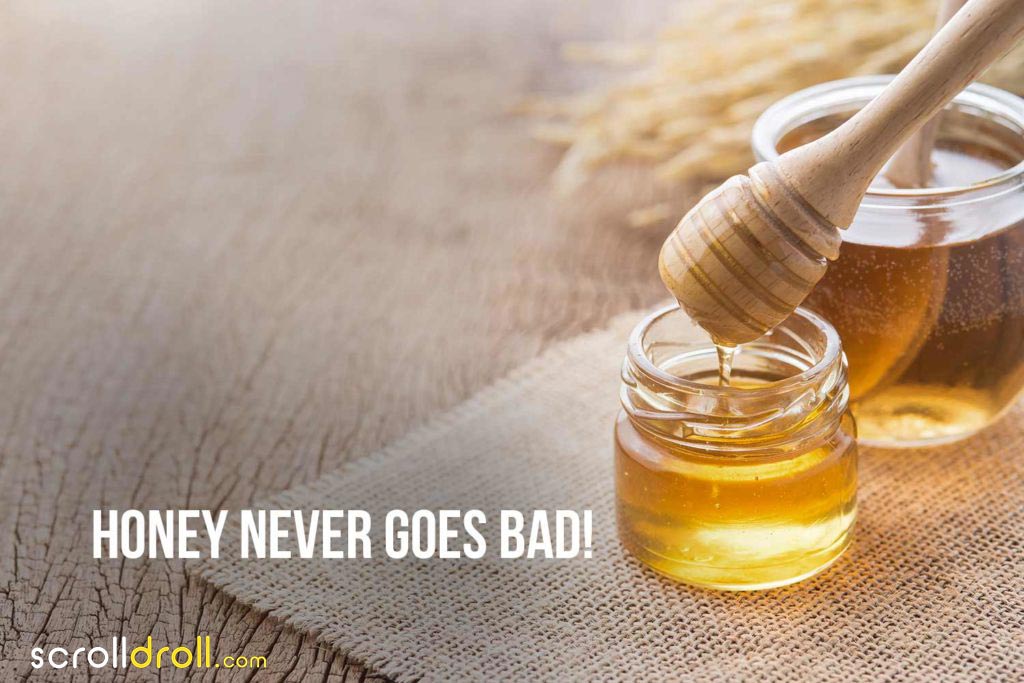 The first United States of America and the second isn’t England (the land where English originated) but India. Back in 2012, 10% of the desi population spoke the videsi language, more than England’s population. The number has only grown manifold over the years. 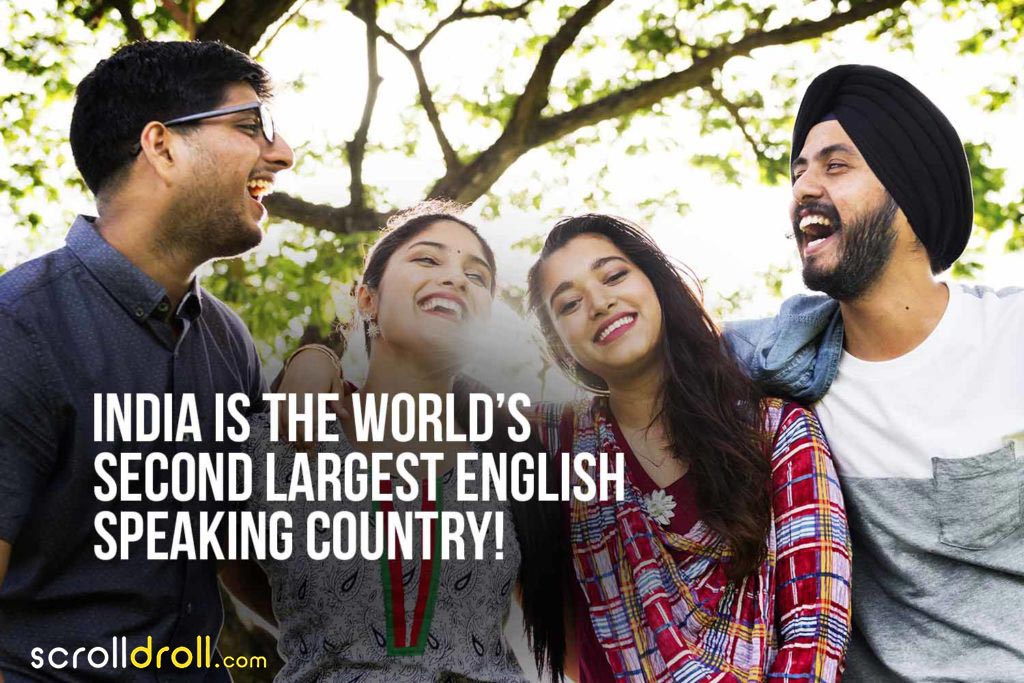 They may look like white fluffy balls of cotton that weigh next to nothing but actually, clouds can weigh as much as 1.1 million pounds. 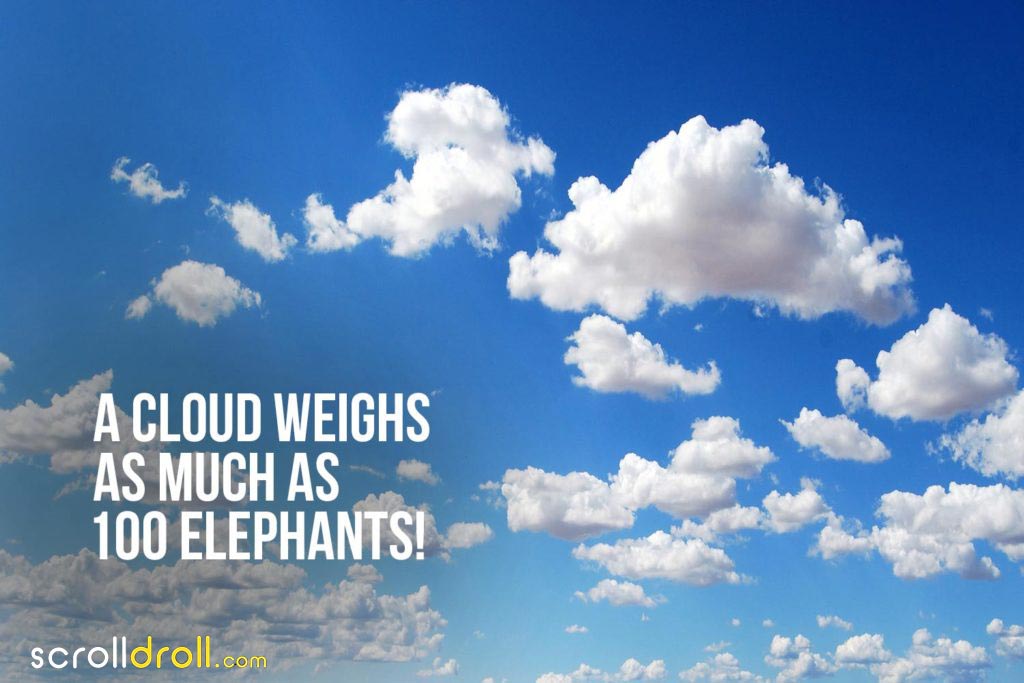 16. It rains diamonds on Saturn!

This looks more like a business plan than a fun fact! It all boils down to chemistry but technically thousands of tonnes of diamonds literally fall from the sky on Saturn every year. 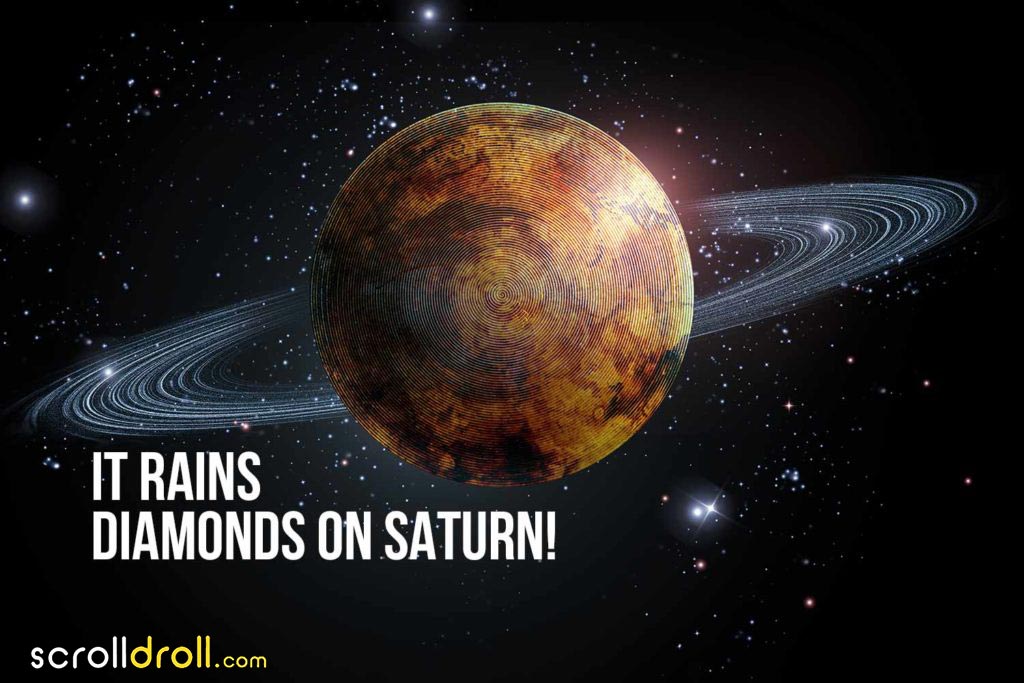 17. Indians were the first to consume sugar!

Indians have a sweet tooth but did you know that India was the first country to develop extraction and purifying techniques of sugar? The world is a sweeter place all thanks to us! 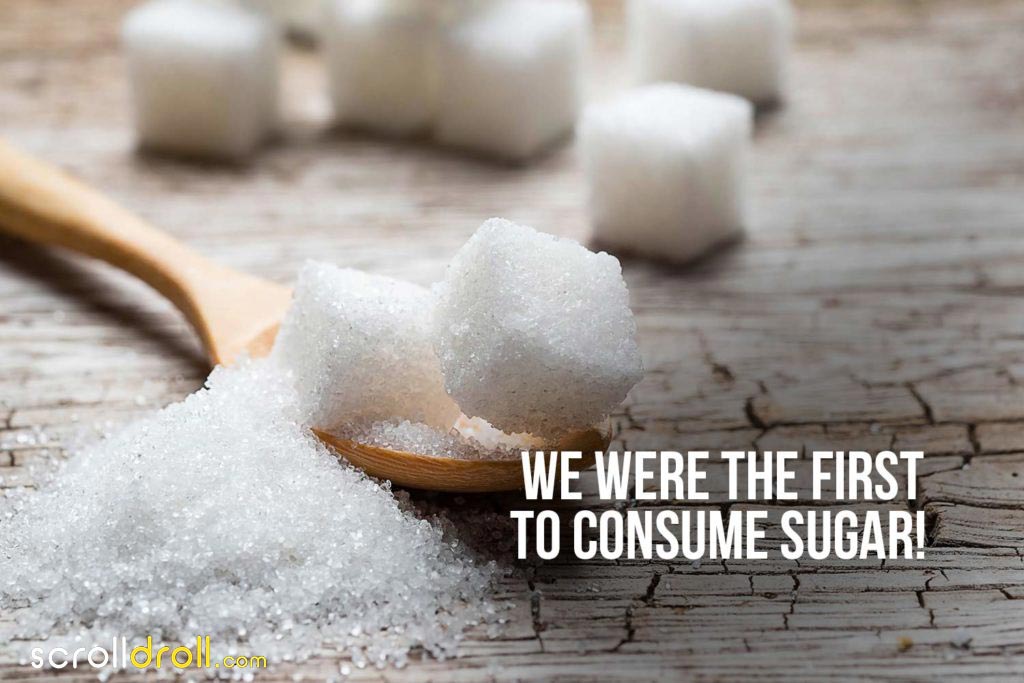 Also read: 17 Random Facts About Food That Will Make You Question Your Entire Life