The highest Gurudwara in the world, Hemkund Sahib is a popular Sikh pilgrim site located in the Chamoli district of Uttarakhand. Located at a height of 14,202 ft, Hemkund Sahib has a glacial lake and is surrounded by mountains on all sides, providing a panoramic view of the Himalayas. 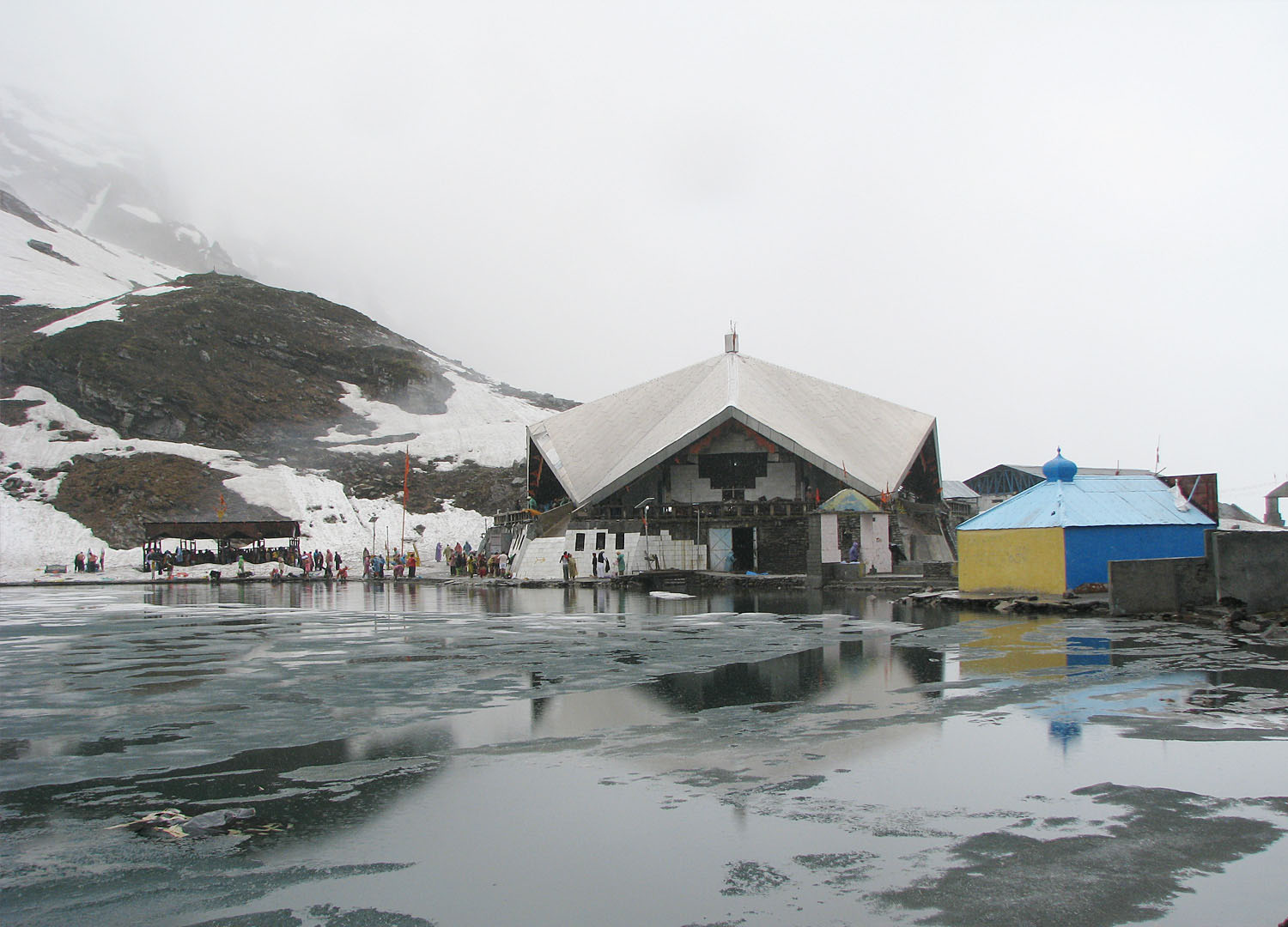 Just like its neighbor, the beautiful Valley of Flowers, Hemkund Sahib is also a strenuous trek away from the last motorable road in Govind Ghat. The glacial lake near the Gurudwara has crystal clear water and is surrounded by Brahma Kamal flowers, making it look like a place straight out of a postcard. Adjacent to the Gurudwara is a Hindu temple, known as Lakshman Lokpal, which also one of the main attractions for the devotees who visit Hemkund Sahib.

Hemkund Sahib is surrounded by seven mountain peaks and interestingly, each peak is embellished by Nishan Sahib, the Sikh triangular flag. Widespread belief about the place suggests that Hemkund Sahib was the spot where Guru Gobind Singh, the tenth Sikh Guru, meditated. 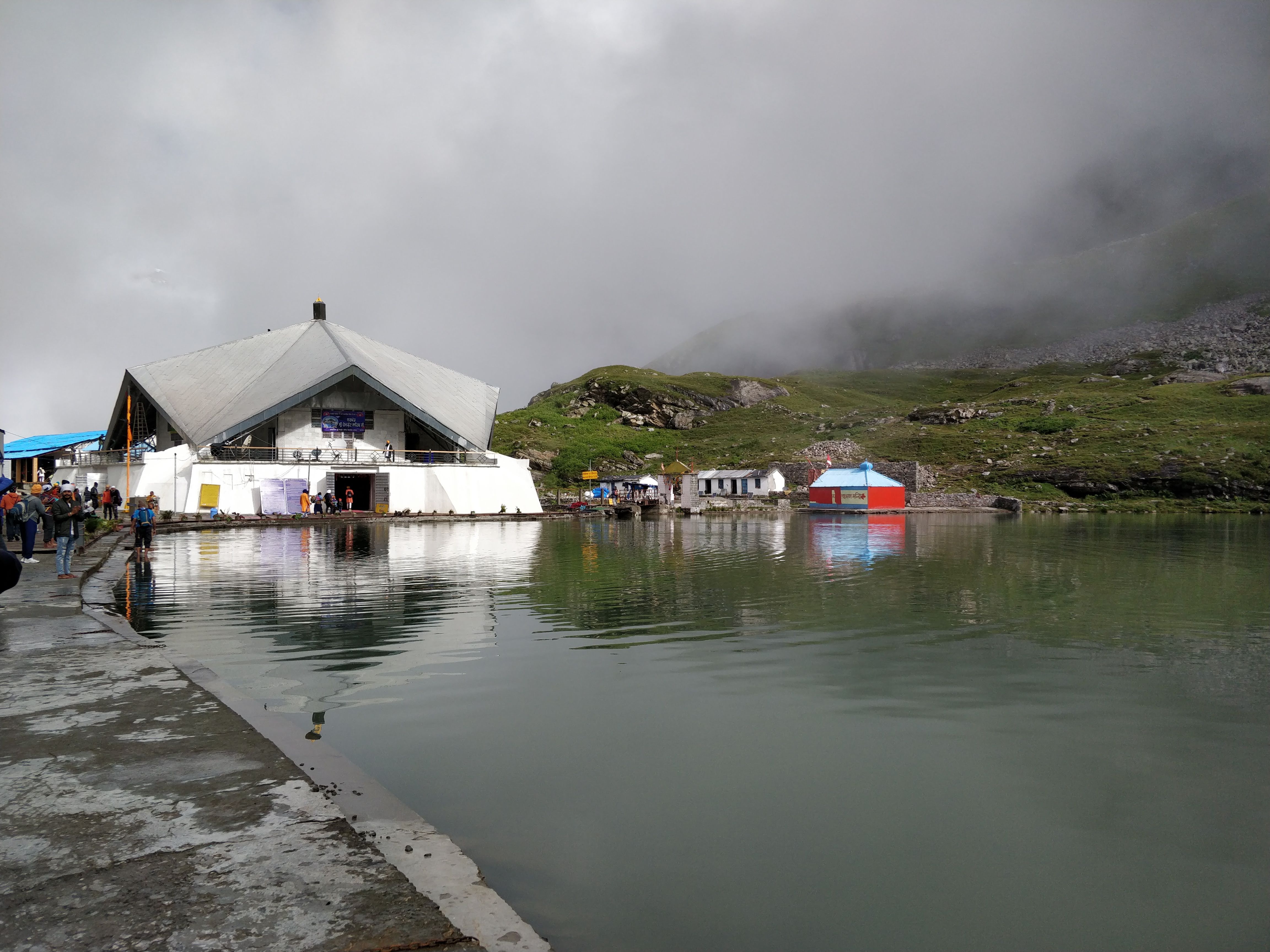 Located at an elevation of 4,632 m from sea level, reaching Hemkund Sahib is not an easy task. Govind Ghat is the place with the last motorable road. From there, an 18-km trek begins to Hemkund Sahib, which is arduous for most trekkers to cover in one day. Usually, pilgrims take an overnight-halt at Ghangaria and begin their trek early morning the next day to reach Hemkund Sahib before the last ardaas at 2 pm. Govind Ghat is 512 km from Delhi and must be covered with halts at Rishikesh and Joshimath. From Rishikesh, Govind Ghat is 270 km and from Haridwar, it is 290 km.
Nearest Railway Station: Rishikesh (2676 km away from Govind Ghat)
Nearest Airport: Jolly Grant Airport, Dehradun (284 km away from Govind Ghat)

Winter at Hemkund Sahib lasts for almost months. During the months between January and April, the place is covered under thick snow. May and June are comparatively pleasant, while July and August witnessed heavy rainfall. September to November the weather remains pleasant and with December, comes the harsh winter once again.

Things to See & Do In Hemkund Sahib

Since Hemkund Sahib is not well-equipped to host tourists overnight, most pilgrims take a day-trip to the pilgrimage from Ghangaria. The pilgrims can spend the day at Hemkund Sahib, channeling their spiritual energy and admiring the marvels created by nature.

The tranquility that one finds inside the Gurudwara, makes the strenuous trek worth it. The roof of the Gurudwara has been given the shape of an urdha kamal, an inverted lotus, which is an important image in Guru Granth Sahib. While symbolizing an unbloomed soul of a man, the inverted-lotus-shaped roof of the Gurudwara also lets it stand the test of harsh and snowy winters. Traditionally, the pilgrims take a dip in the icy water of the lake while reciting the holy Japji Sahib before entering the shrine. At the Gurudwara, ardaas’ are held thrice a day—at 10 am, 12 pm and 2 pm). 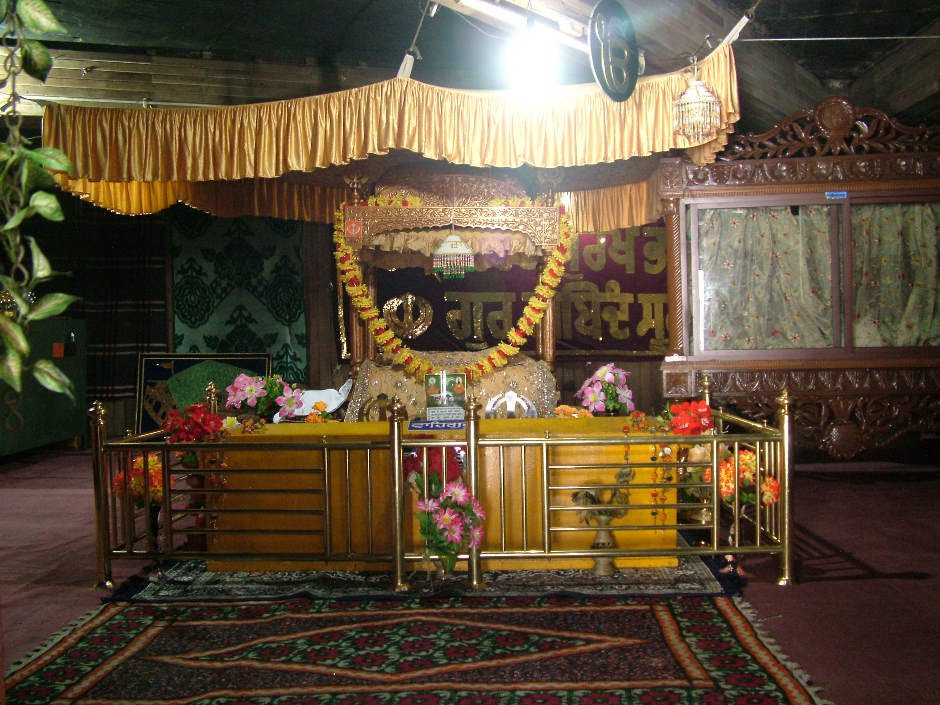 Trekkers who can extend their itinerary by a couple of days can visit the spectacular Valley of Flowers. After spending a day at the Hemkund Sahib, trekkers can return to Ghangaria for the night and next day, head out for the Valley, which is a 15-km trek from Ghangaria. The unspoiled beauty of the Valley will make every bit of the steep trek worth it. 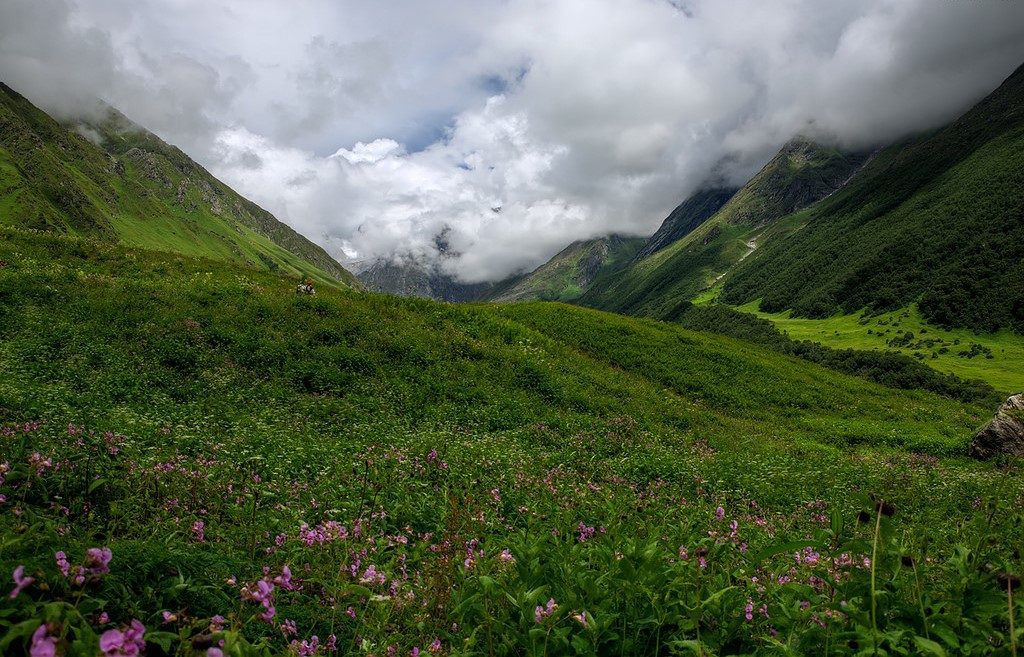 Hemkund Sahib is open for pilgrims from 1st June to 4th October every year. During mid-June, when the weather is pleasant and the sky is clear, tourists start to flock to Hemkund Sahib. However, adding Valley of Flowers to the itinerary during this time is not recommended.

15 Famous Indian Scientists Who Contributed to the Progress In Science