An American business tycoon and industrialist, Henry Ford is renowned for founding the Ford Motor Company in 1903 which is one of the top automobile firms globally today. The vision of the Ford Motor Company was to make automobiles that even the middle classes could afford. He was one of the richest and most famous people during his time not only in the Unites States but also across the world. Henry Ford quotes are an insight into his vision and a source of inspiration for budding entrepreneurs across the globe.

1. You can’t learn in school what the world is going to do next year. – Henry Ford 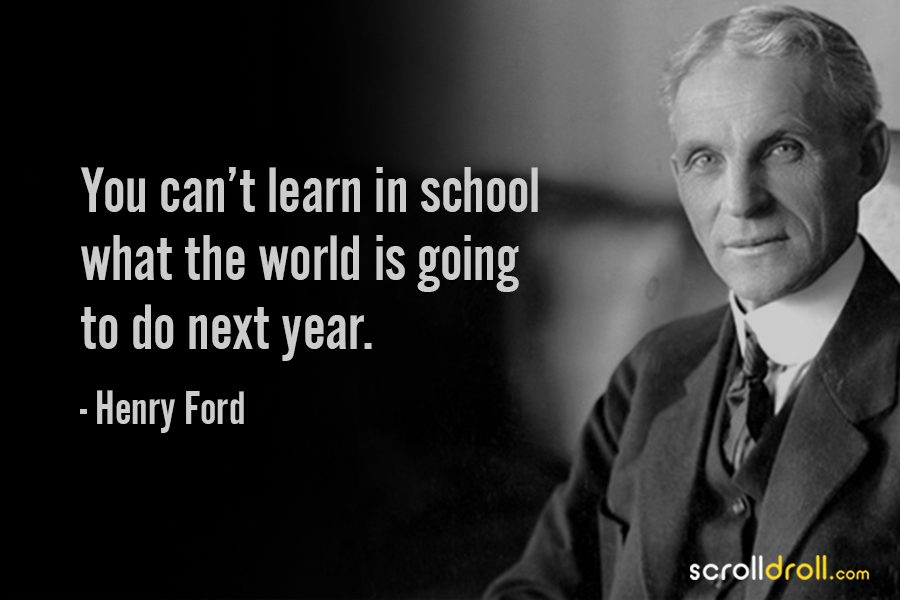 2. There is no man living who isn’t capable of doing more than he thinks he can do. – Henry Ford 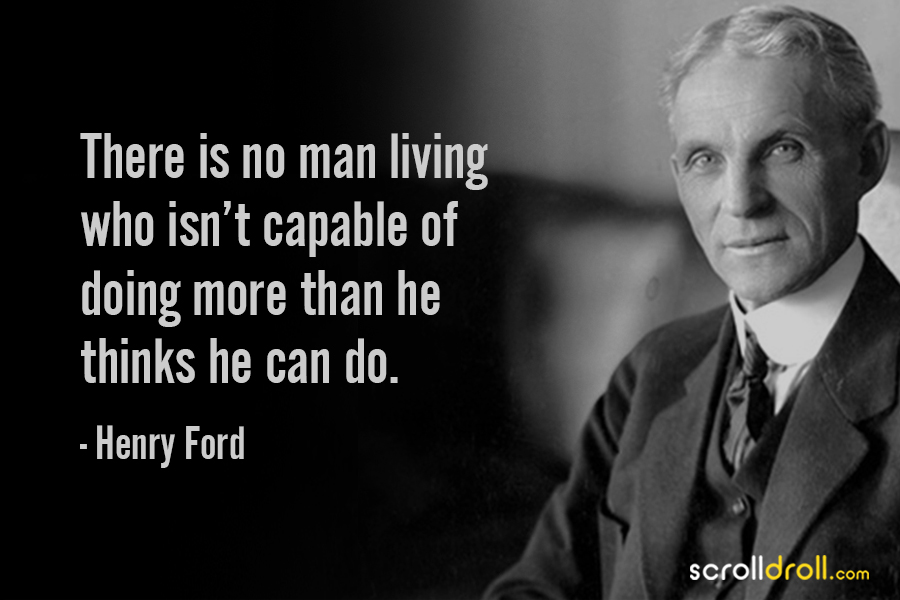 3. The whole secret of a successful life is to find out what is one’s destiny to do, and then do it. – Henry Ford 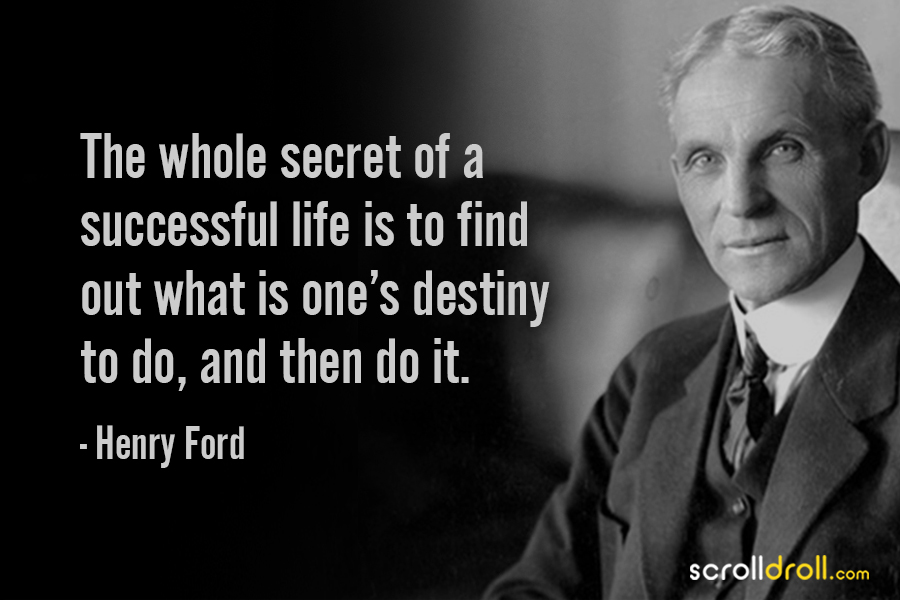 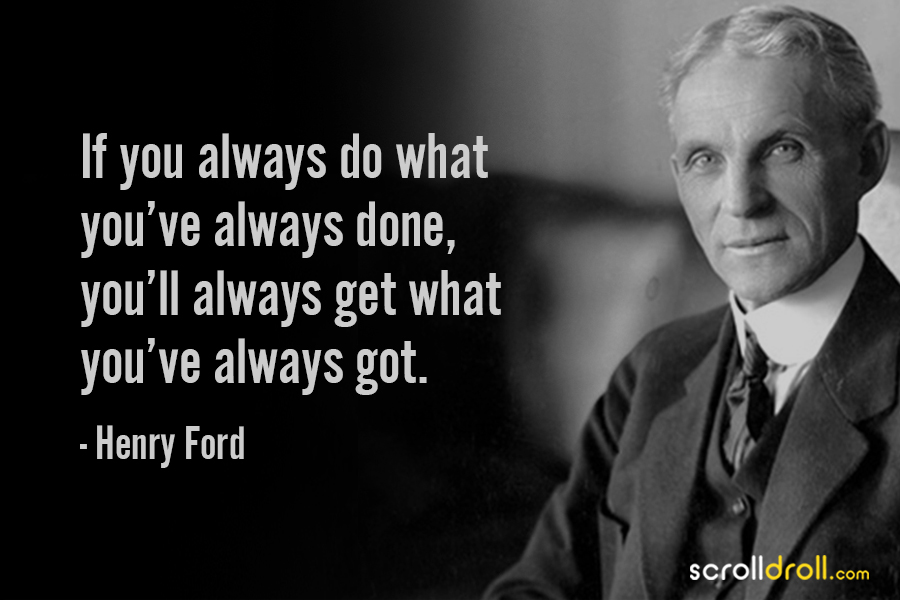 5. Most people spend more time and energy going around problems than in trying to solve them. – Henry Ford 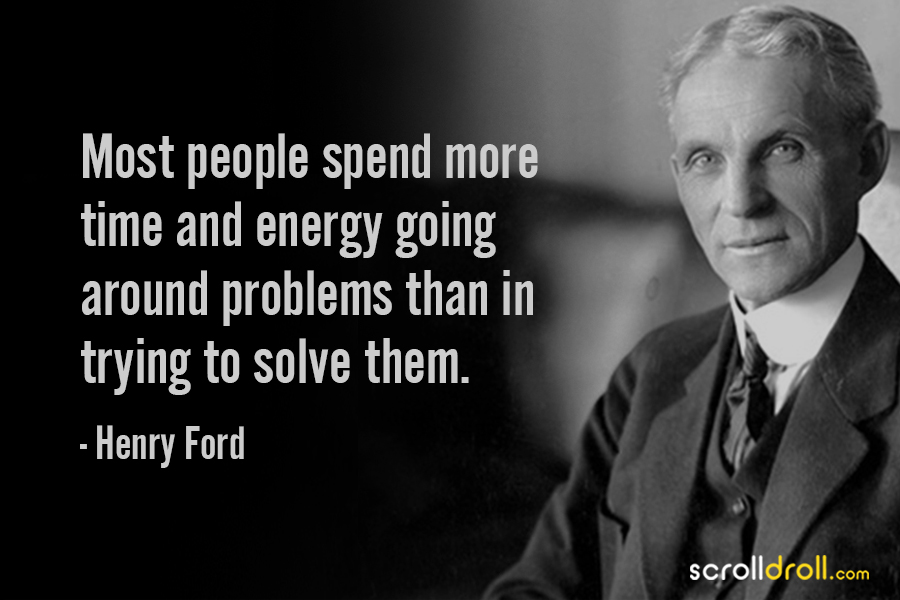 6. One of the greatest discoveries a person makes, one of their great surprises, is to find they can do what they were afraid they couldn’t do. – Henry Ford 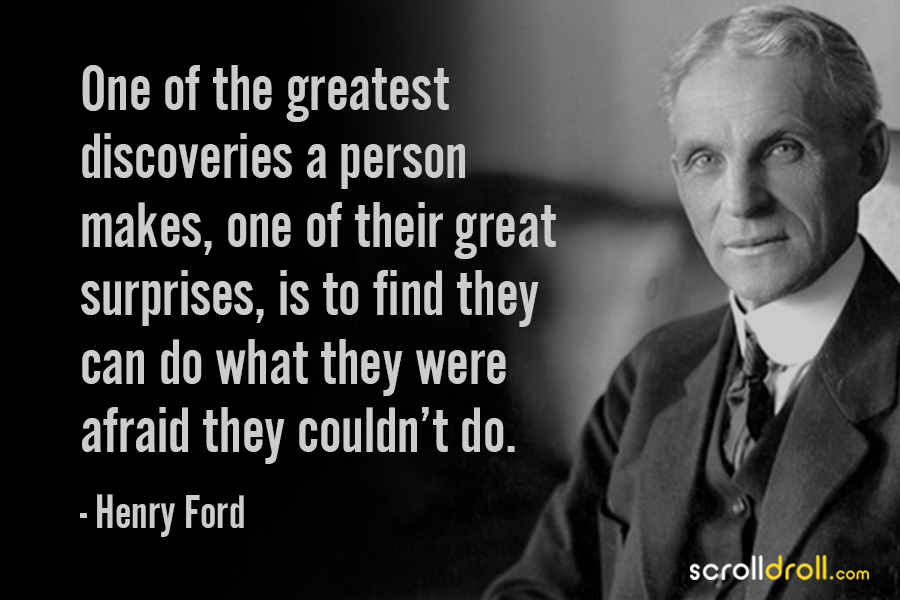 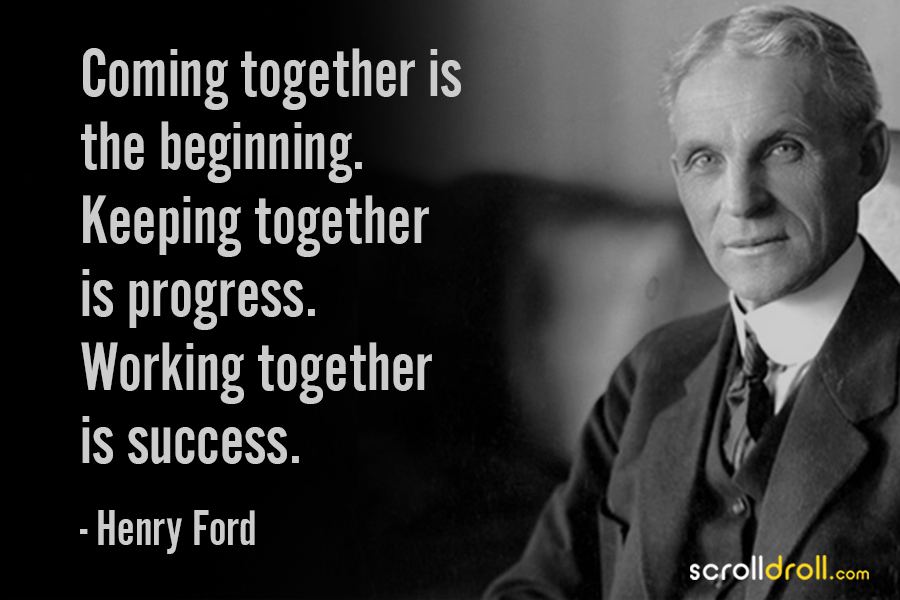 8. Nothing is particularly hard if you divide it into small jobs. – Henry Ford 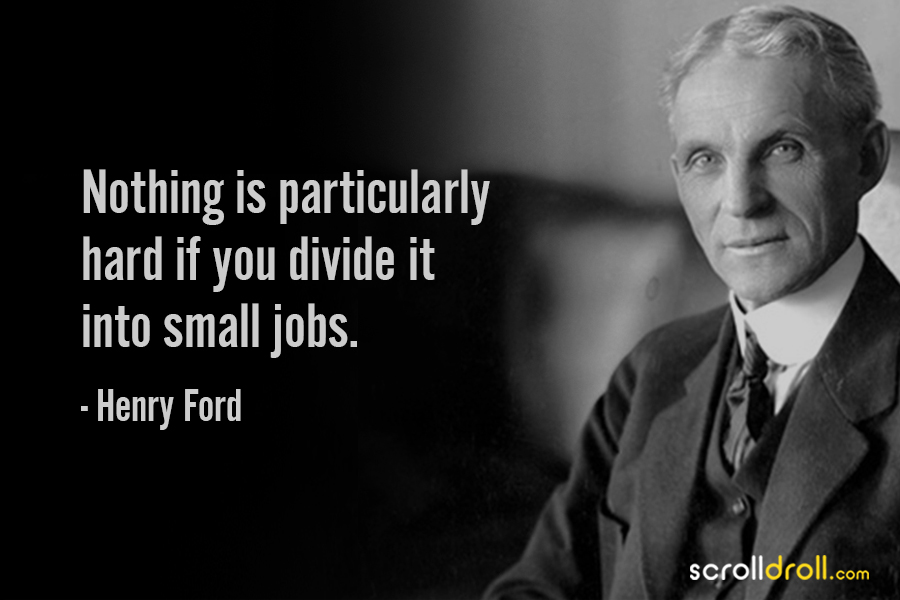 9. Chop your own wood and it will warm you twice. – Henry Ford 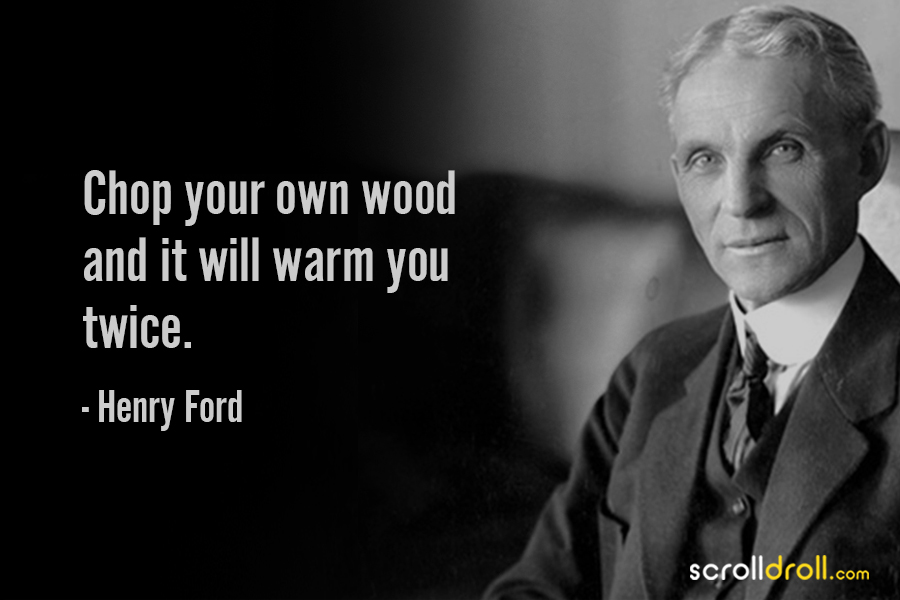 10. It has been my observation that most people get ahead during the time that others waste. – Henry Ford 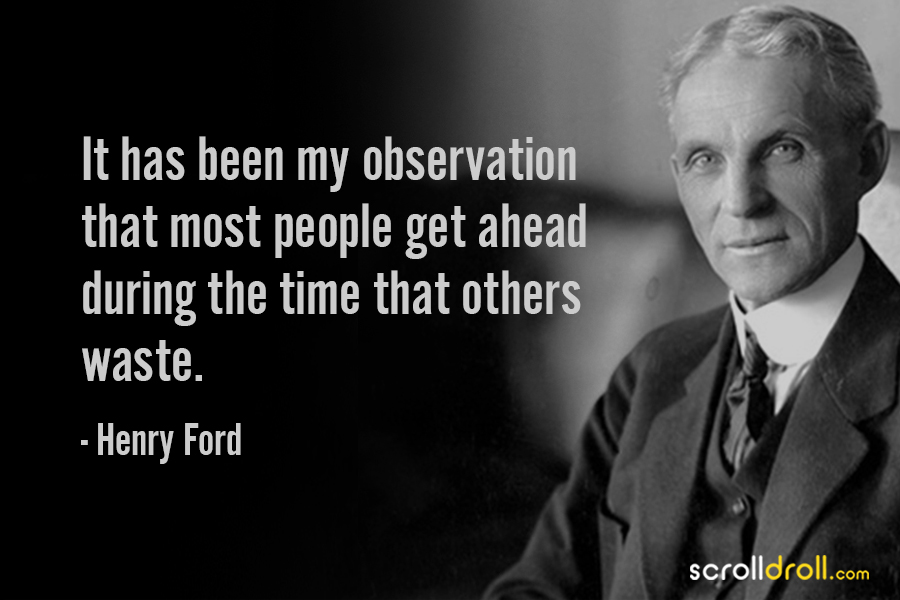 11. When everything seems to be going against you, remember that the airplane takes off against the wind, not with it. – Henry Ford 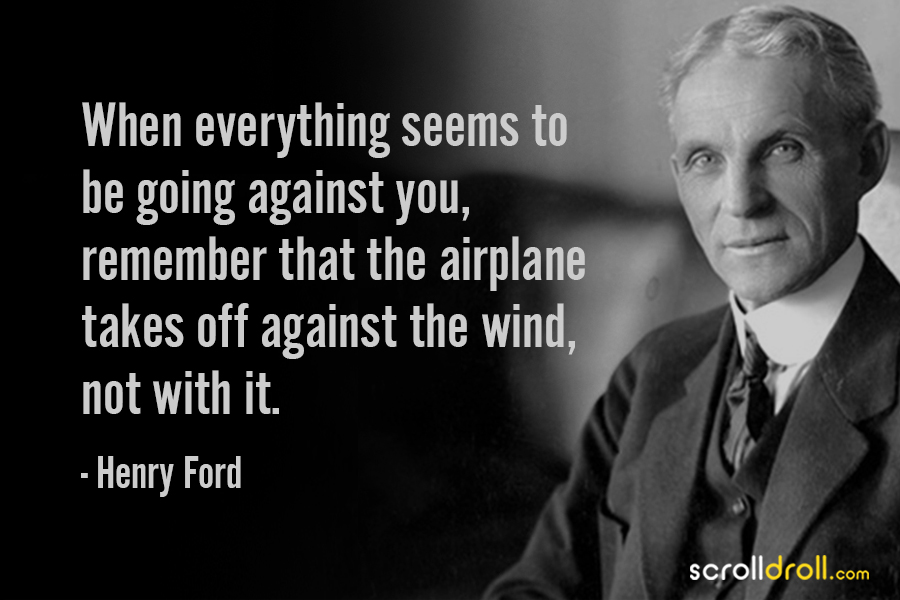 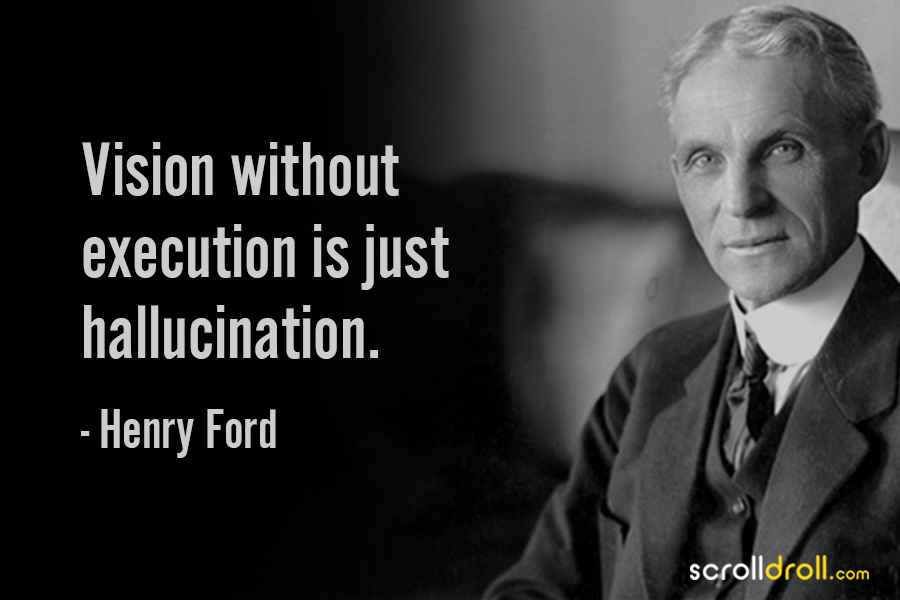 13. Obstacles are those frightful things you see when you take your eyes off your goals. – Henry Ford 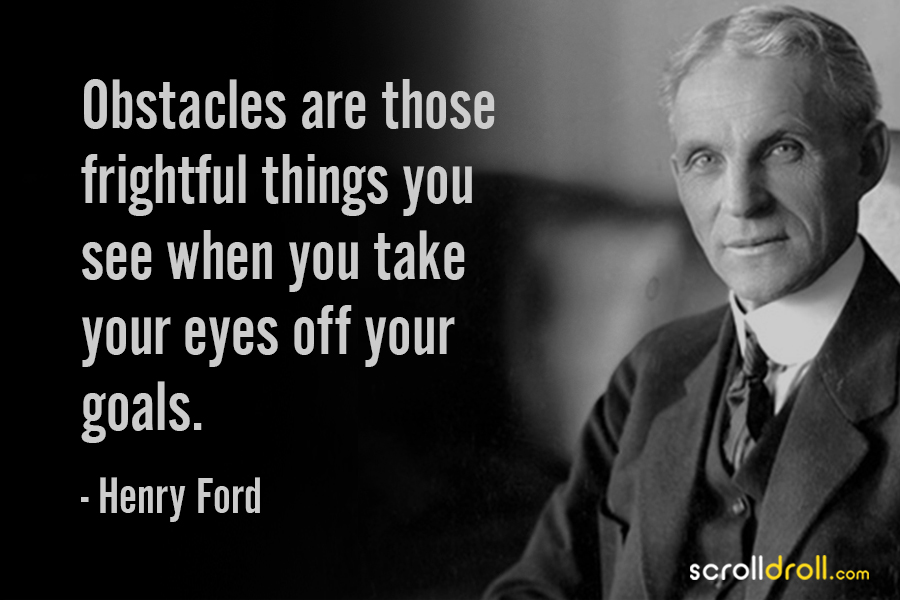 14. The only real mistake is the one from which we learn nothing. – Henry Ford 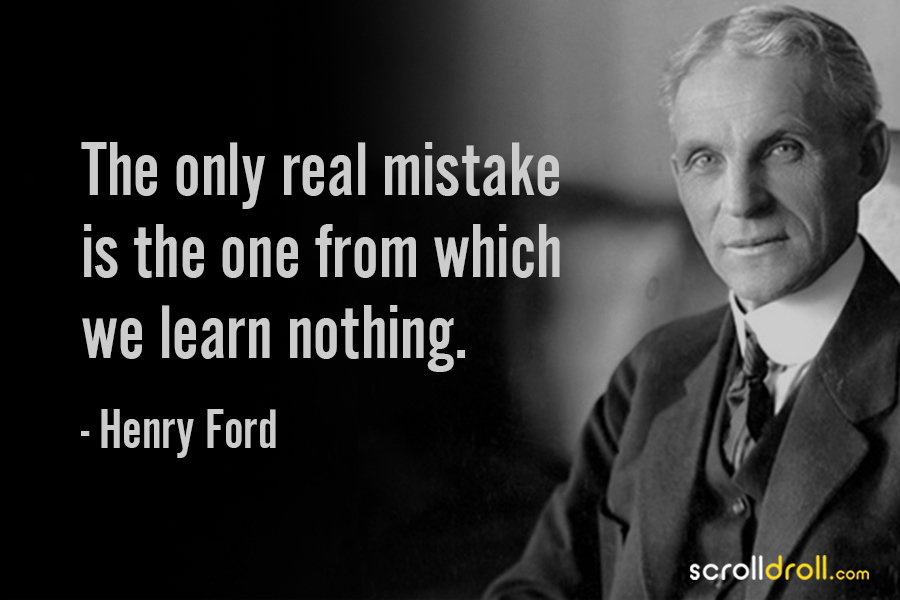 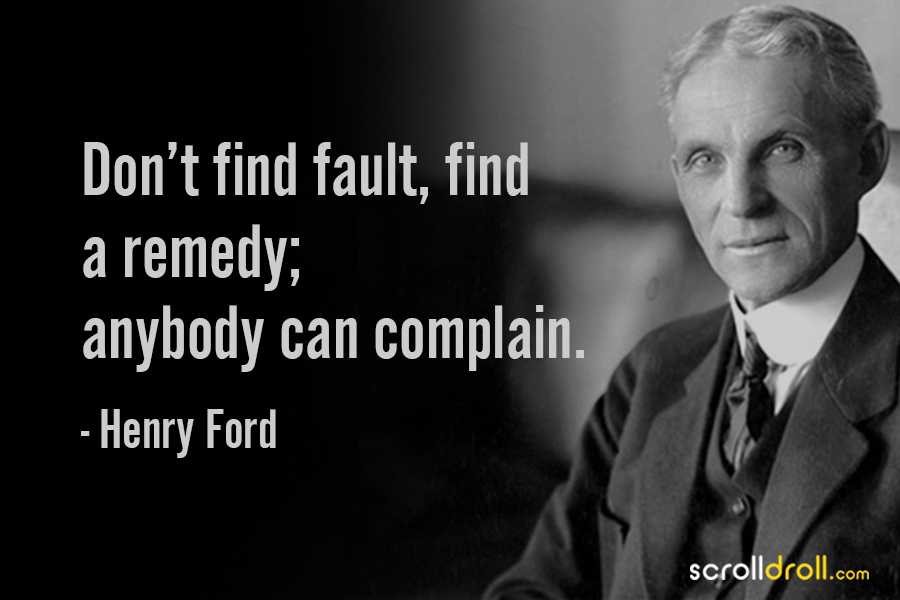 16. You can’t build a reputation on what you are going to do. – Henry Ford 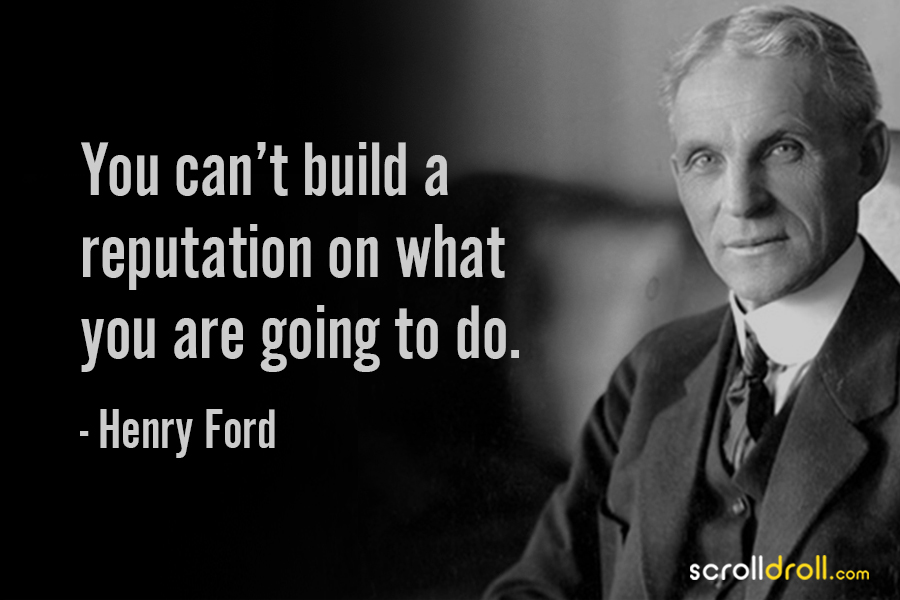 17. Failure is only the opportunity more intelligently to begin again. – Henry Ford 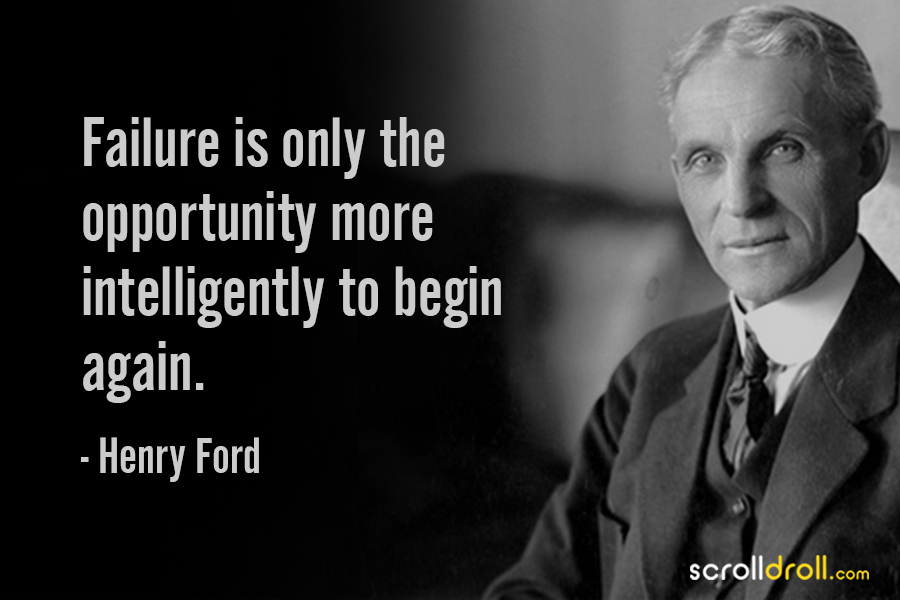 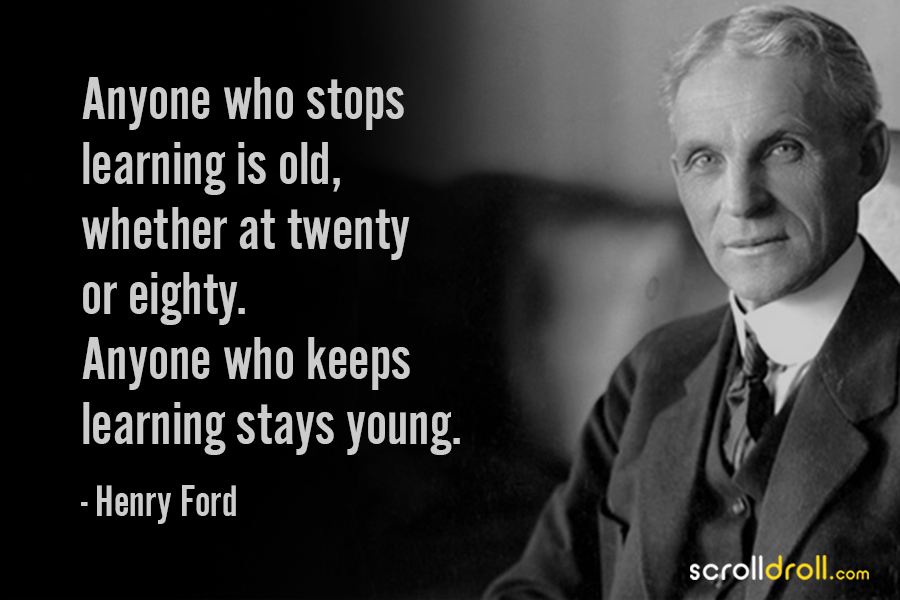 19. You don’t have to hold a position in order to be a leader. – Henry Ford 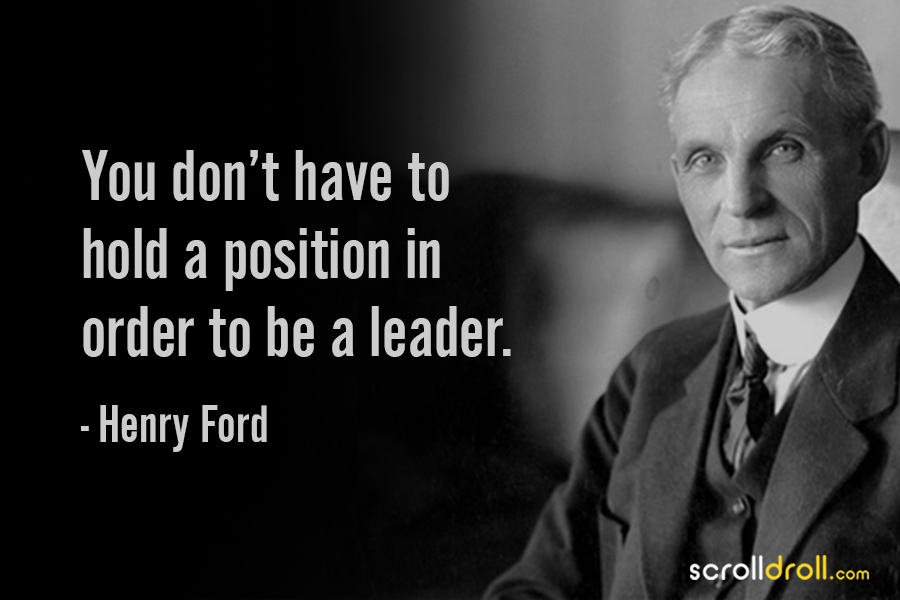 20. To do more for the world than the world does for you – that is success. – Henry Ford 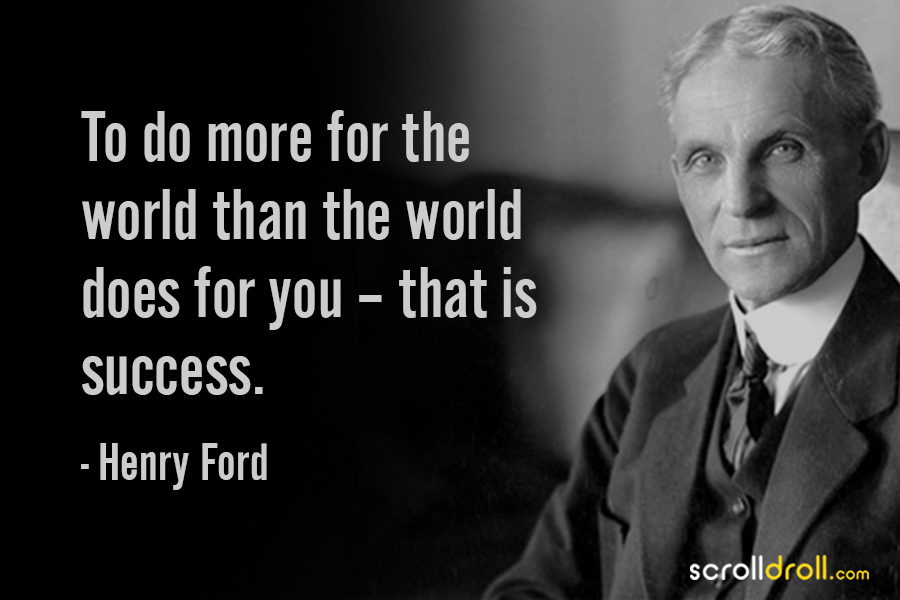 Also read: 12 Powerful Leadership Quotes To Ignite The Leader In You

Which of these Henry Ford quotes is the most hard hitting?