Thousands of tourists throng our beautiful beach State of Goa every year. With all the major beaches crowding up, don’t you feel the need to just sit back on the beach and relax in solitude, hearing to the tides and having a coconut drink perhaps. Well do not worry, we have compiled here 10 beaches of Goa that are completely unspoiled and untouched that would let you have some nirvana time.

Also known as the Tiger beach, Kakolem beach in South Goa is one of the most secluded beaches in the coastal state with abundant scenic beauty. The surrounding views from the cliffs at this beach is astounding. This beach is generally visited by adventurers and nature lovers. It is one of the best places to relax and spend time away from the hustle – bustle of Goa. 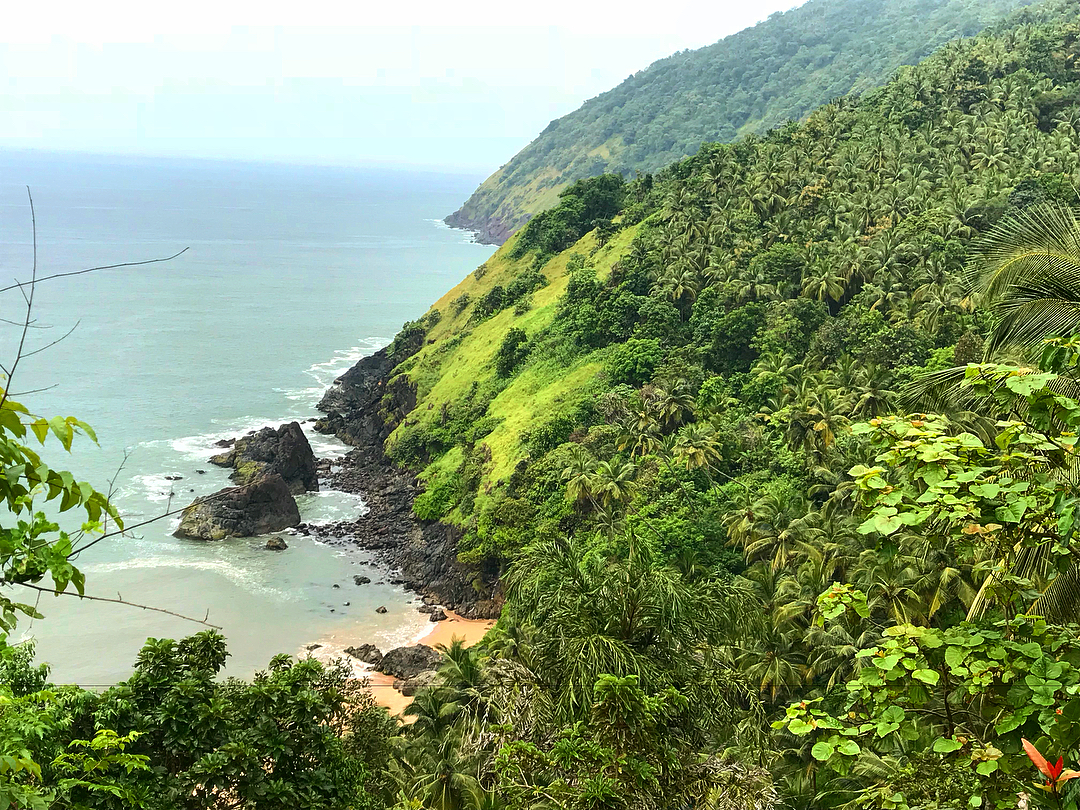 One of the most remote beaches of Goa, Cola beach is nestled in South Goa with the vast Arabian Sea on one side and Mountains on the back side. It is completely unspoilt and one the most beautiful beaches of Goa, visited by only a few people. The other attraction of this beach is a natural fresh water lagoon with the backdrop of palm trees located only a few metres away from the sea. 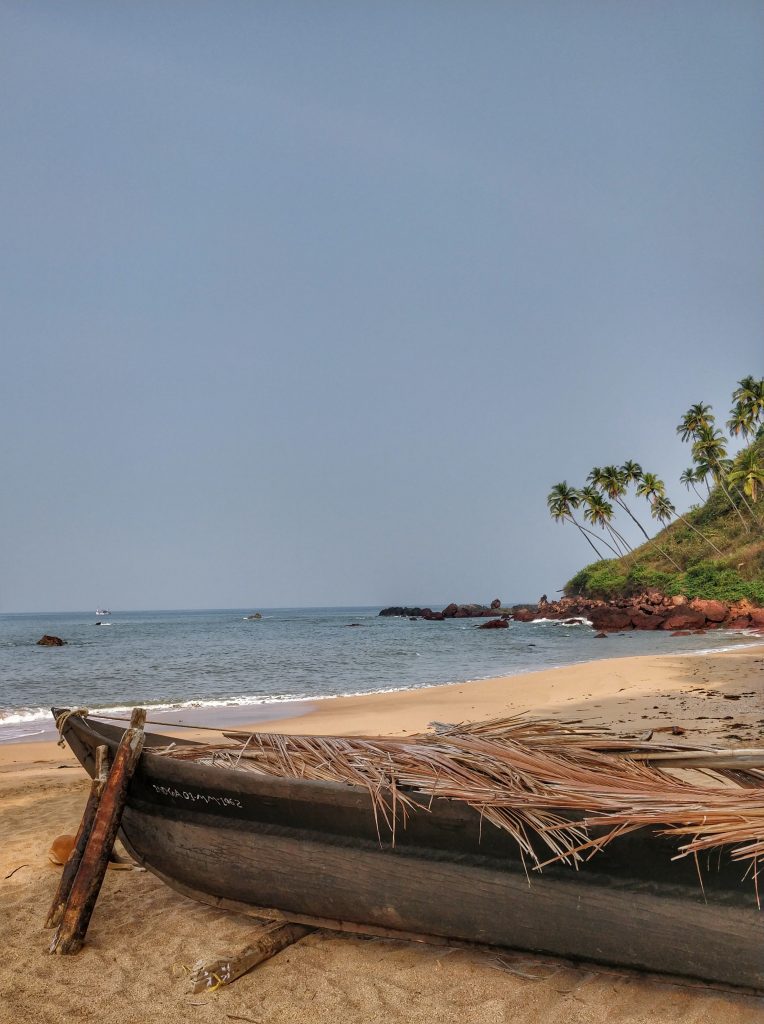 A hidden beach cove at the northern end of the Palolem beach in South Goa, the Butterfly beach is the home to some of the most exotic species of butterflies, crabs, fishes and aquatic life. Dolphins have also been spotted around this beach. One can take a small boat ride from the Palolem beach or go through a 2 hour trek through woods to reach this place. With blue water, golden sand, swaying palm trees and cool sea breeze, this place is one of the most picturesque places in the entire country. 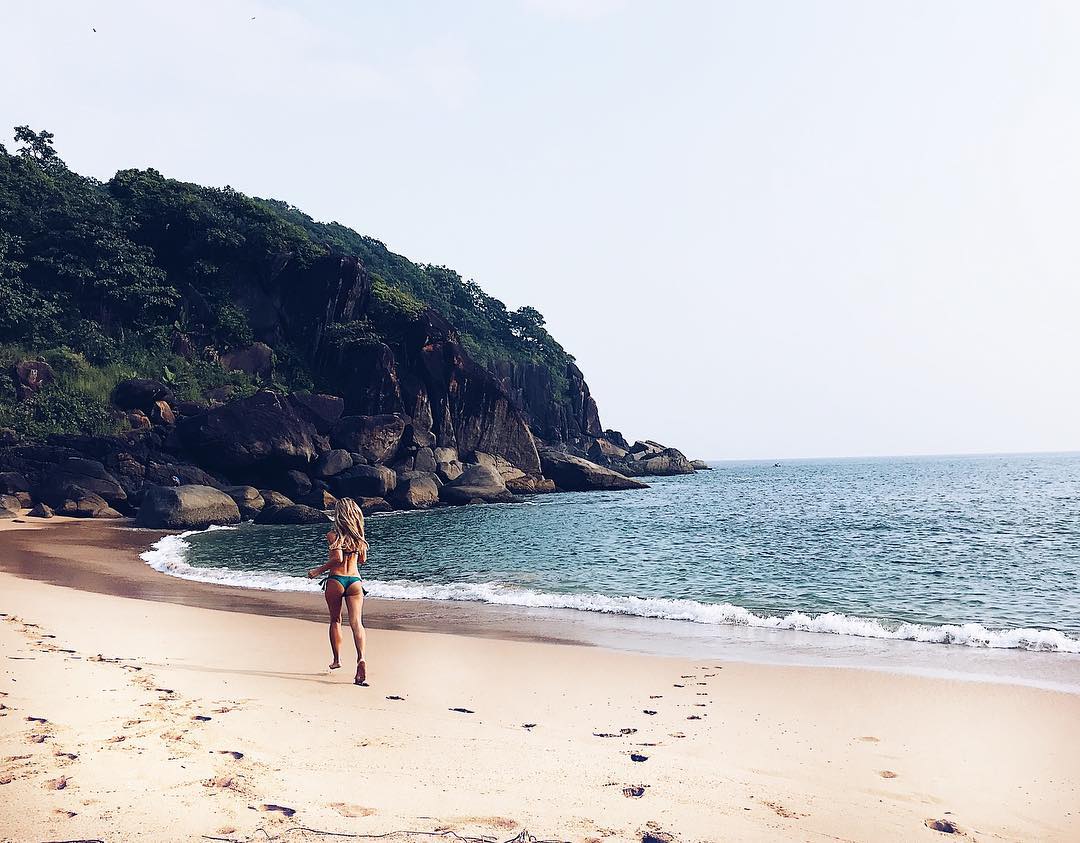 You might have heard of Cola beach or even Kakolem, but Mandrem is a name that’s going to sound foreign to you.  Part of a quaint coastal town by the same name, Mandrem is located north of Ashvem and south of Arambol and is about 21 km from Panaji. Getting here isn’t very difficult and once you walk up to the beach, you are greeted by sparkling blue water and white sand. The relatively isolated beach is a haven for those seeking some calm and peace. While here, don’t miss the surrounding greenery and spend some time walking around. Or just laze around while you sip on some cold beverages courtesy the handful of shacks located along the beach. 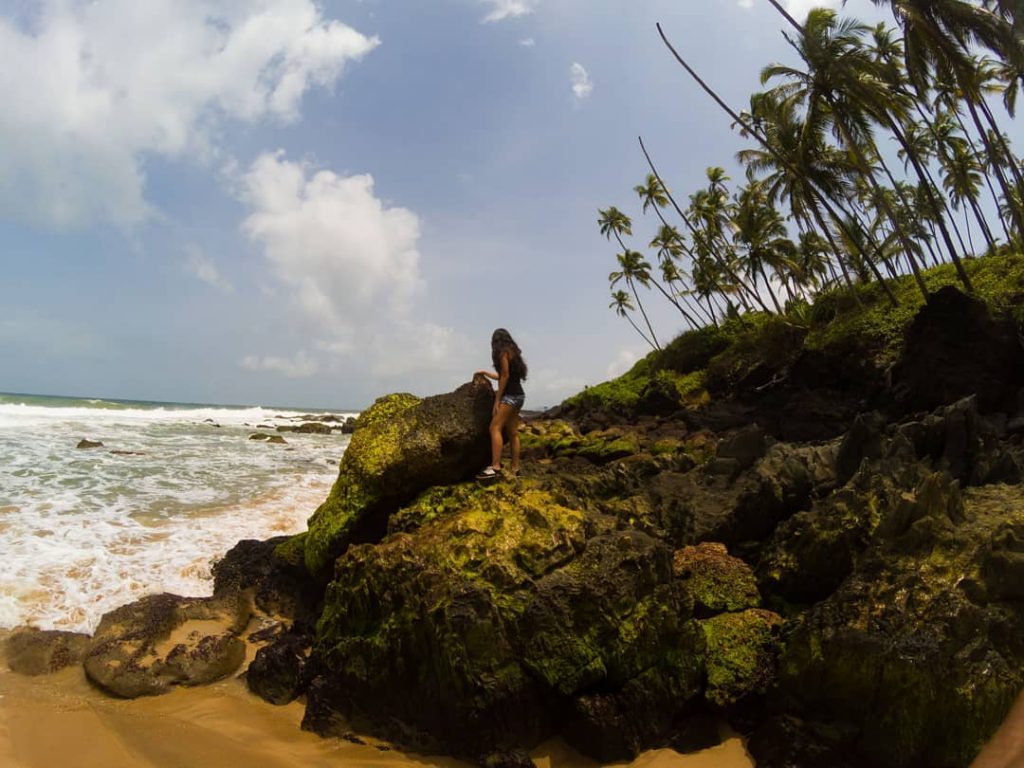 Among the very few of Goa’s unbridled beaches, Galgibaga is a name synonymous with natural beauty in al it abundance. Also known as Galgibagh Beach, this hidden gem is located in the south of Goa in the Canacona region and is a mere 7 km from the famous Palolem Beach resort. Once you are here, you are greeted by a solemn watch tower, white sands and the vast blue ocean. Besides that, you are pretty much on your own! Flanking the beach is dense pine vegetation and a few modest shacks. Oh, if you are into aquatic wildlife, you’d be happy to know that this beach is the nesting ground of the endangered Olive Ridley Turtles, and hence, is also called the Turtle beach. 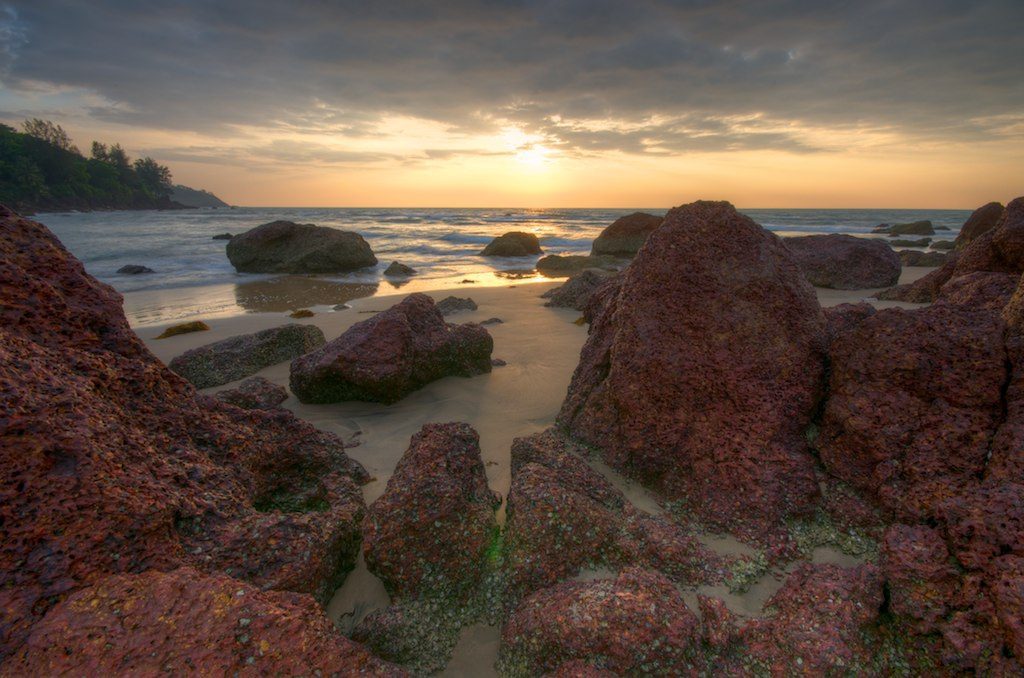 Polem beach is the southernmost beach of Goa lying along the Goa-Karnataka border. Almost 60 kms from the Dabolim airport and 70 kms from Panaji, Polem is generally visited only by the locals because of its far flung location. That’s probably the reason why you won’t find too many tourists frequenting this gem of a beach and hence, it remains far from being commercialized. Besides the clean sandy beaches to roam around and the frothy ocean water, one can enjoy the view of the island of Anjdiv in the distance protruding out from the sea a few kilometers off the beach. The island is where the future Naval base of India on the West Coast will be built. The beach is sparsely crowded with only a few shacks on the shores and is a good option for people who wish to stay away from the otherwise crowded and buzzing Goa. 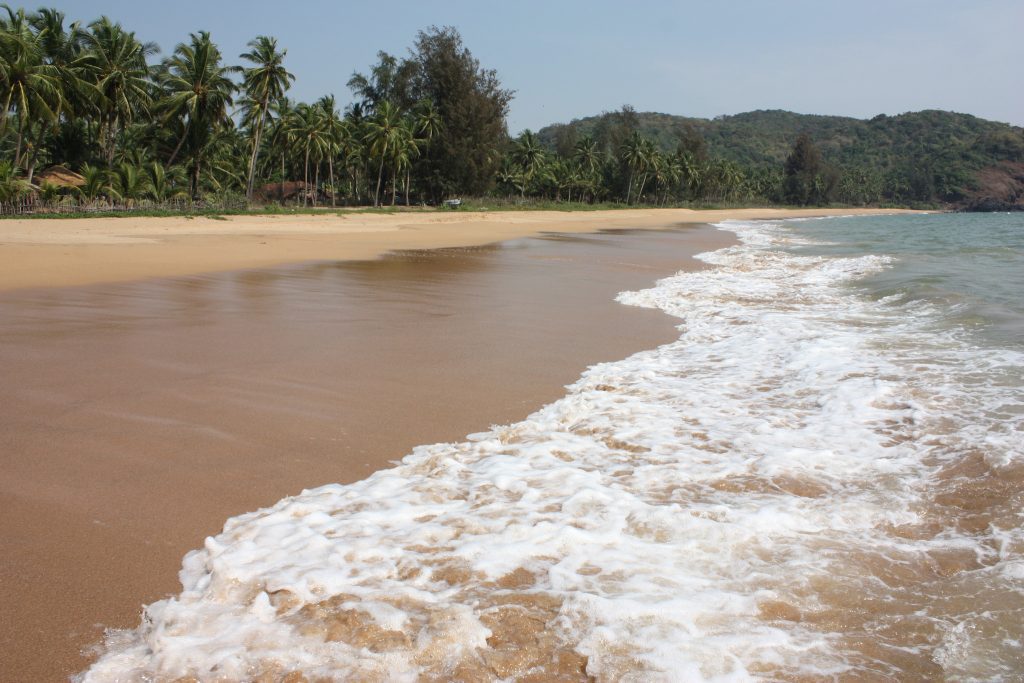 Another remote beach located in the calm Cancona region, Talpona Beach is a quaint paradise and a dream come true for anyone looking for an escape from the busy cit life. This beach is located near a river by the same name and a fishing village. The Talpona river joins the Arabian sea here. The beach itself is pristine with clean sandy coastline covered in a golden hue. From both its sides the Talpona beach is covered in a canopy of greenery. With a couple of shacks on its shores serving reasonably prices food and drinks, Talpona is an ideal place to enjoy some quite time while being surrounded by stunning views. The Talpona river nearby is also an abode for bird watchers. 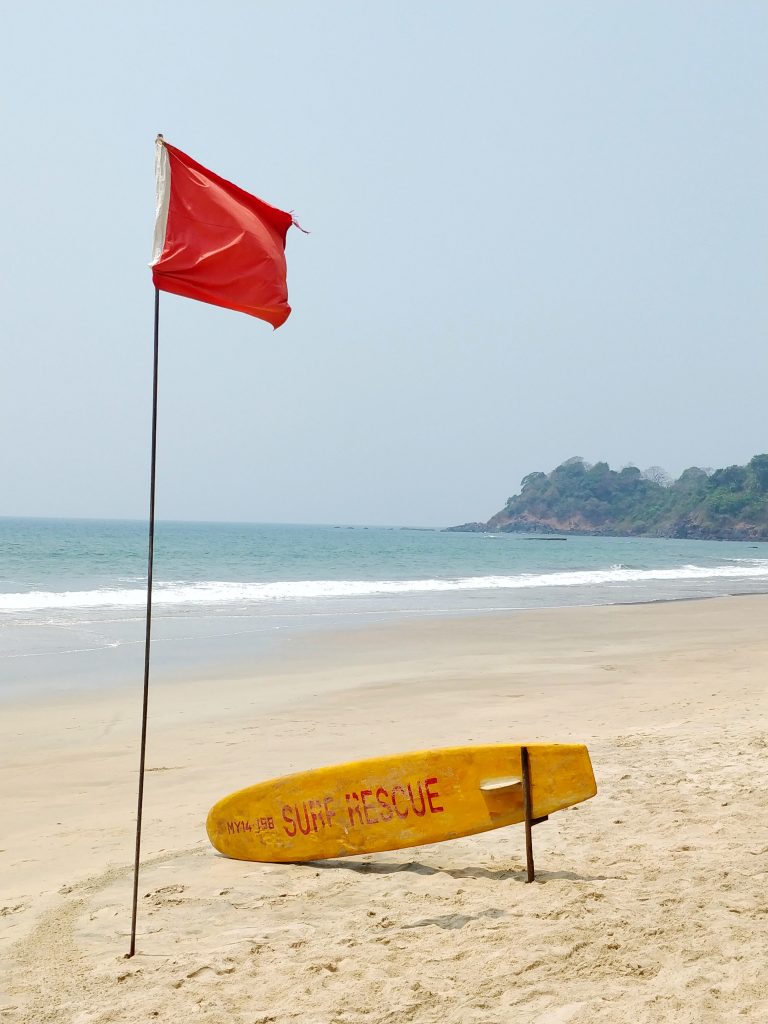 A mere 2 KM from the popular Cabo de Rama Fort you will find the stunning and yet, completely untouched Cabo de Rama Beach. Considered among the most beautiful beaches in Goa by locals and tourists alike, this beauty is known for its blue green waters and a strip of lush palm groves stretching alongside the beach. With a perfect setting for picnics and leisurely strolls, Cabo de Rama will transport you to a place where solitude takes over and your worries are left behind. The ocean water here is relatively calm and you may consider a dip, but do know that the beach lacks much of tourist infrastructure and lifeguards. Overlooking the beach is the historic masterpiece of Cabo de Rama Fort which offers a spellbinding panorama onto the Arabian Sea. 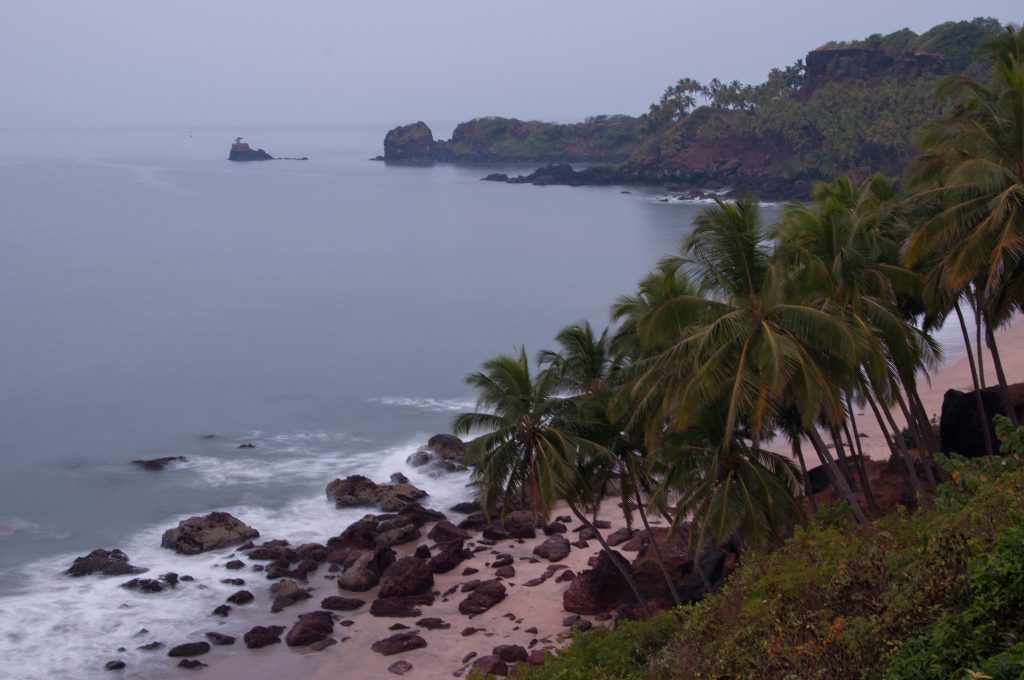 South Goa is the place to be if you are seeking solitude while in Goa, and Betul is a fine example of that. Located in the lesser known Salcete region, this beach is located 24 km from Margao city and is a popular fishing port for locals. The beach has a village by the same name alongside, where most of the local fishermen reside. The beach itself is located on the opposite bank of the River Sal, right where its delta is, and the river acts as the separation between the beach and the village. The pristine beach also has a small lagoon and a river that flows to the sea, so if you are looking for a dip, you are in luck! 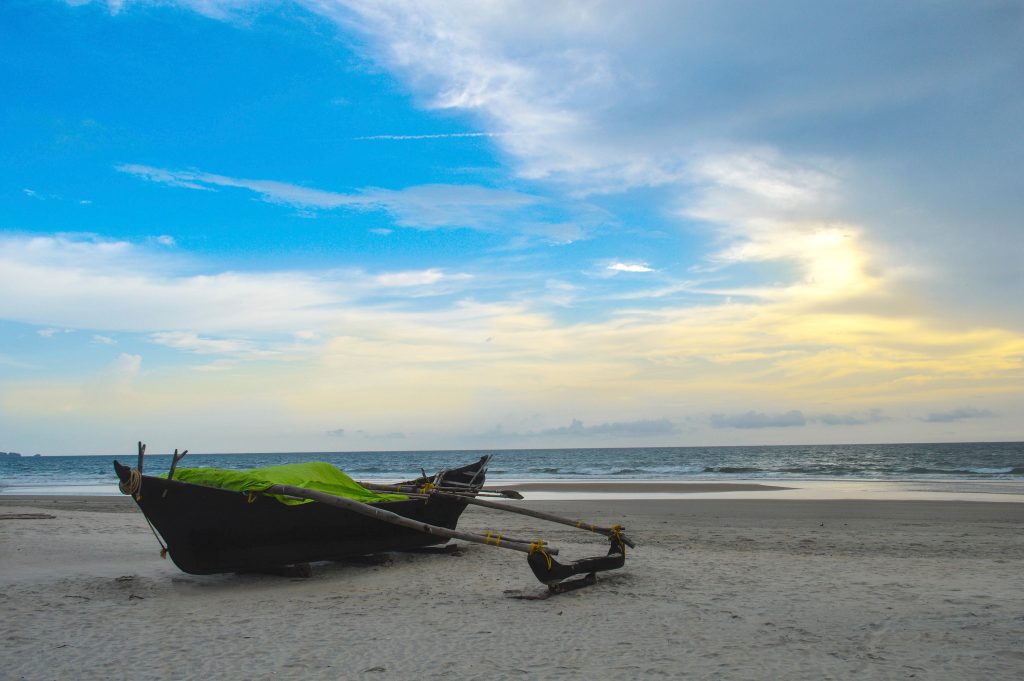 Looking for a cute little beach destination you can call your own? Kalacha Beach is your answer! Not among the easiest beaches to reach but definitely among the best, Kalacha lies north of Arambol on Goa’s west coast and can only be accessed on foot from the neighboring village. Kalacha is known for its sweet water lagoon and a high hilltop which is a favorite spot amongst adventure sports enthusiasts and thrill seekers for paragliding and hang gliding. With a remarkable bohemian vibe, the beach is popular among westerners. During nights, you’re likely to find a bonfire lit with someone strumming on their guitar while enjoying the gushing sound of ocean waves and the swaying coconut trees. 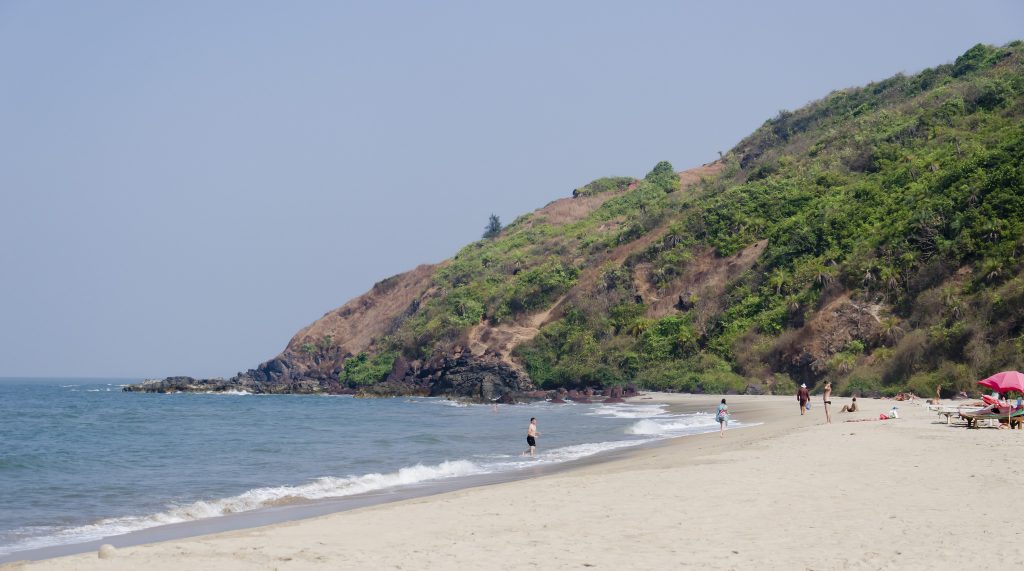 Another picturesque coastal village in the North of Goa, Sinquerim is home to the unspoilt Sinquerim Beach. If you haven’t heard of Sinquerim, you must have heard of the famous Fort Aguada that flanks this beach’s southern tip. This imposing fort and the overlooking Sinquerim Beach have played the setting for scores of movies, and yet they remain untouched from heavy tourist influx. With pristine sands and calm blue waters, it is an ideal place to swim and then laze on the beach. And when you are finished, you can devour some fresh seafood prepared by the nearby shacks and restaurants. 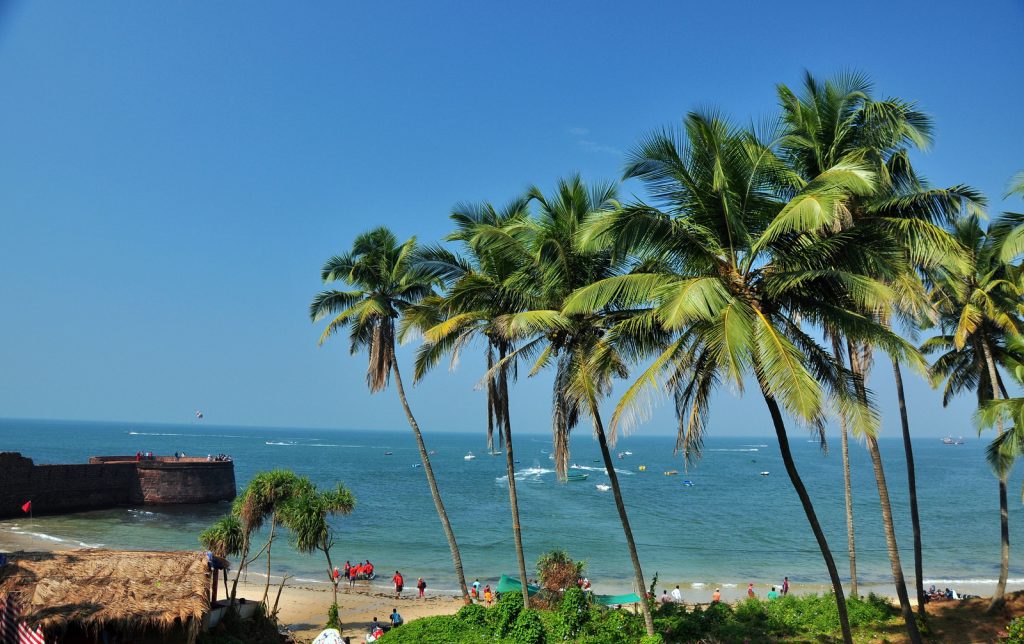 And finally, we come to Canaguinim Beach, a wild beauty located in South of Central Goa (and for all practical purposes, in South Goa). Technically two distinct beaches, Canaguinim consists of North Canaguinim and South Canaguinim, each blessed with clear blue waters, golden sands and surrounded by lush wild greenery. However, South Canaguinim is mostly rocky and hence, unsuitable for a beach sojourn. That said, both have calm ocean waters and are suitable for a swim. The beach is meant for those who are seeking solitude and not comforts, as there are hardly any amenities available here and for pretty much anything you’d need, you’ll have to walk up to the neighboring village. So if you are planning a meal by the beach, better pack one with you. But remember to take all remnants and waste back so that the beach continues to remain unspoilt and pristine. 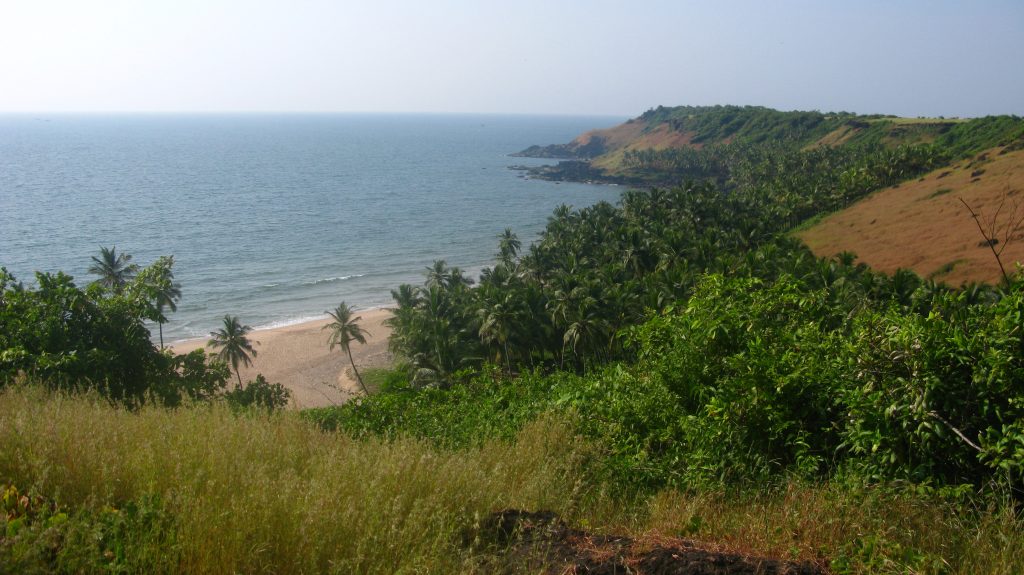 Aren’t these places worth checking out? With a little dose of peace and leisure, these places can surely make you feel the true bliss. Make sure that you note these places down the next time you are planning a vacation to Goa and want a getaway from the bustle.

10 Dog Quotes That Show They Are Our Best Friends Indeed!