Hindi movies have been dubbed into every language, and it only makes sense that they would be dubbed for the huge chunk of Tamil spectatorship. The dubs help people to get through the language barrier and watch iconic movies, and this applies to movies from both movie industries: Hindi and Tamil. Here is a list of the best Hindi movies dubbed in Tamil: 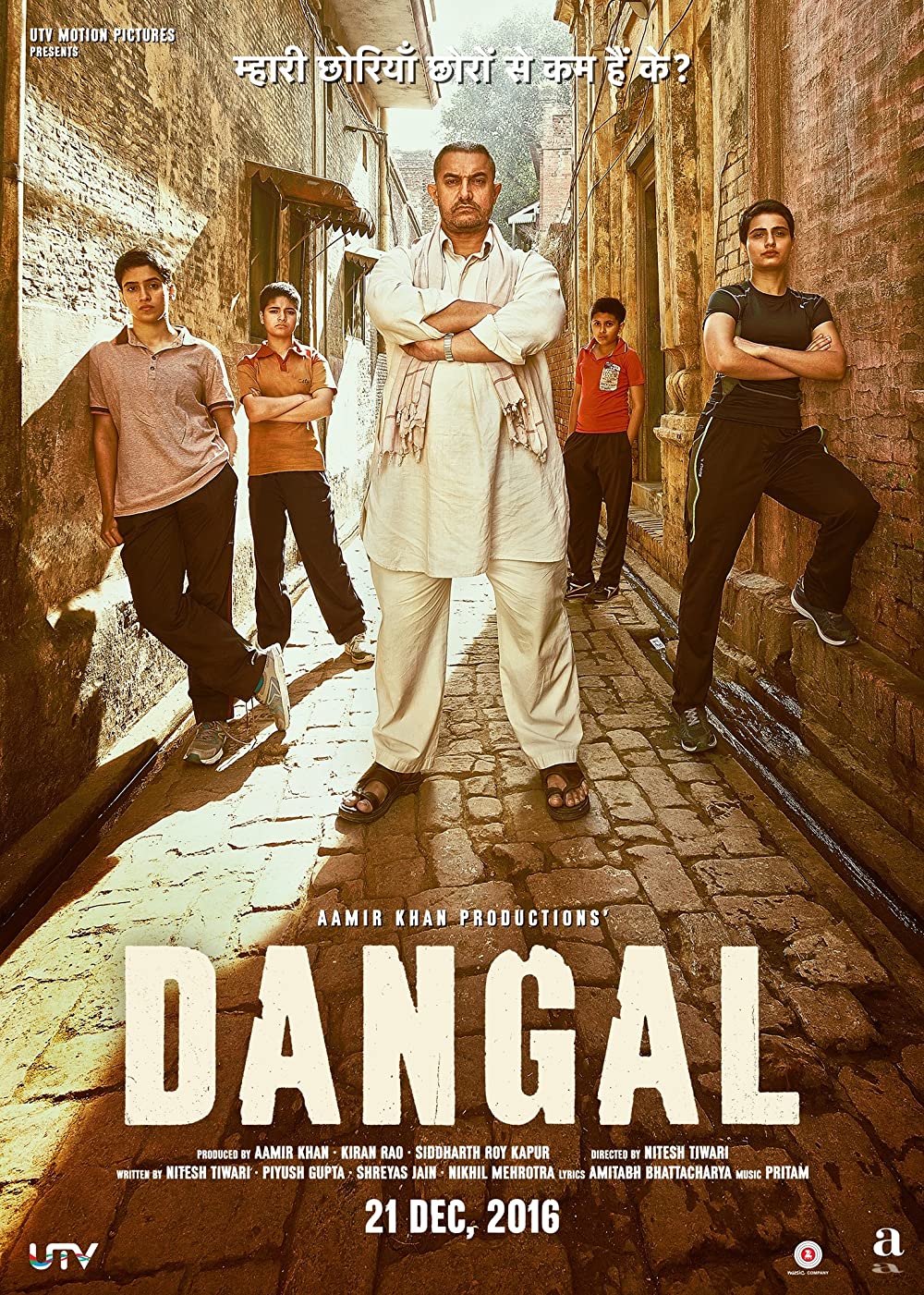 Sanjay Leela Bhansali directed and wrote the soundtrack for Bajirao Mastani, a 2015 Indian Hindi-language epic historical romance film. The film stars Ranveer Singh, Deepika Padukone, and Priyanka Chopra and is co-produced by Bhansali and Kishore Lulla of Eros International. Tanvi Azmi, Vaibhav Tatwawaadi, and Milind Soman are among the supporting cast members. Bajirao Mastani tells the narrative of Maratha Peshwa Bajirao I (1700–1740 AD) and his second wife, Mastani, and is based on the Marathi novel Rau by Nagnath S. Inamdar. 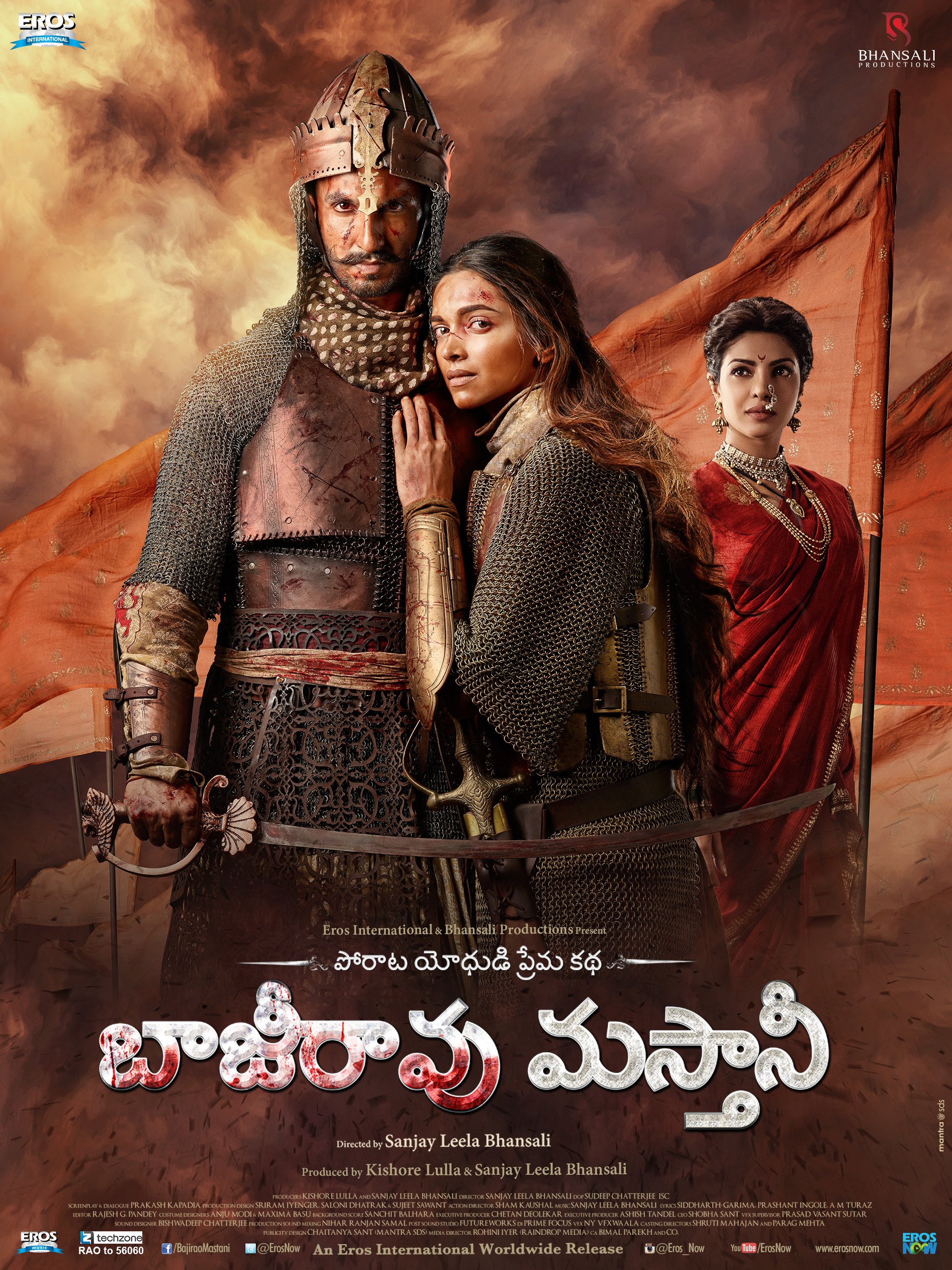 Neeraj Pandey wrote and directed M.S. Dhoni: The Untold Story, a 2016 Indian Hindi-language biographical sports drama film. It is based on the life of Mahendra Singh Dhoni, the Indian national cricket team’s former Test, ODI, and T20I captain. The late Sushant Singh Rajput plays Dhoni in the film, which also stars Disha Patani, Kiara Advani, and Anupam Kher. The film follows Dhoni’s life from an early age through a sequence of events. Dhoni’s manager, Arun Pandey, proposed the biopic after seeing an incident at an airport during the 2011 Cricket World Cup Final. With Dhoni’s permission, construction proceeded two years later. 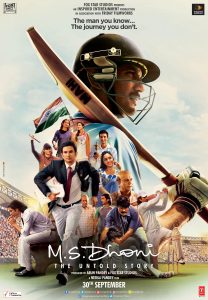 Pink is a legal thriller film directed by Aniruddha Roy Chowdhury and written by Shoojit Sircar, Ritesh Shah, and Aniruddha Roy Chowdhury that was released in India in 2016. The film is being produced by Rising Sun Films on a budget of 30 crores, with Shah writing the screenplay and Shantanu Moitra and Anupam Roy composing the music. Taapsee Pannu, Kirti Kulhari, Andrea Tariang, Amitabh Bachchan, Angad Bedi, Tushar Pandey, Piyush Mishra, and Dhritiman Chatterjee are among the ensemble cast members of Pink. 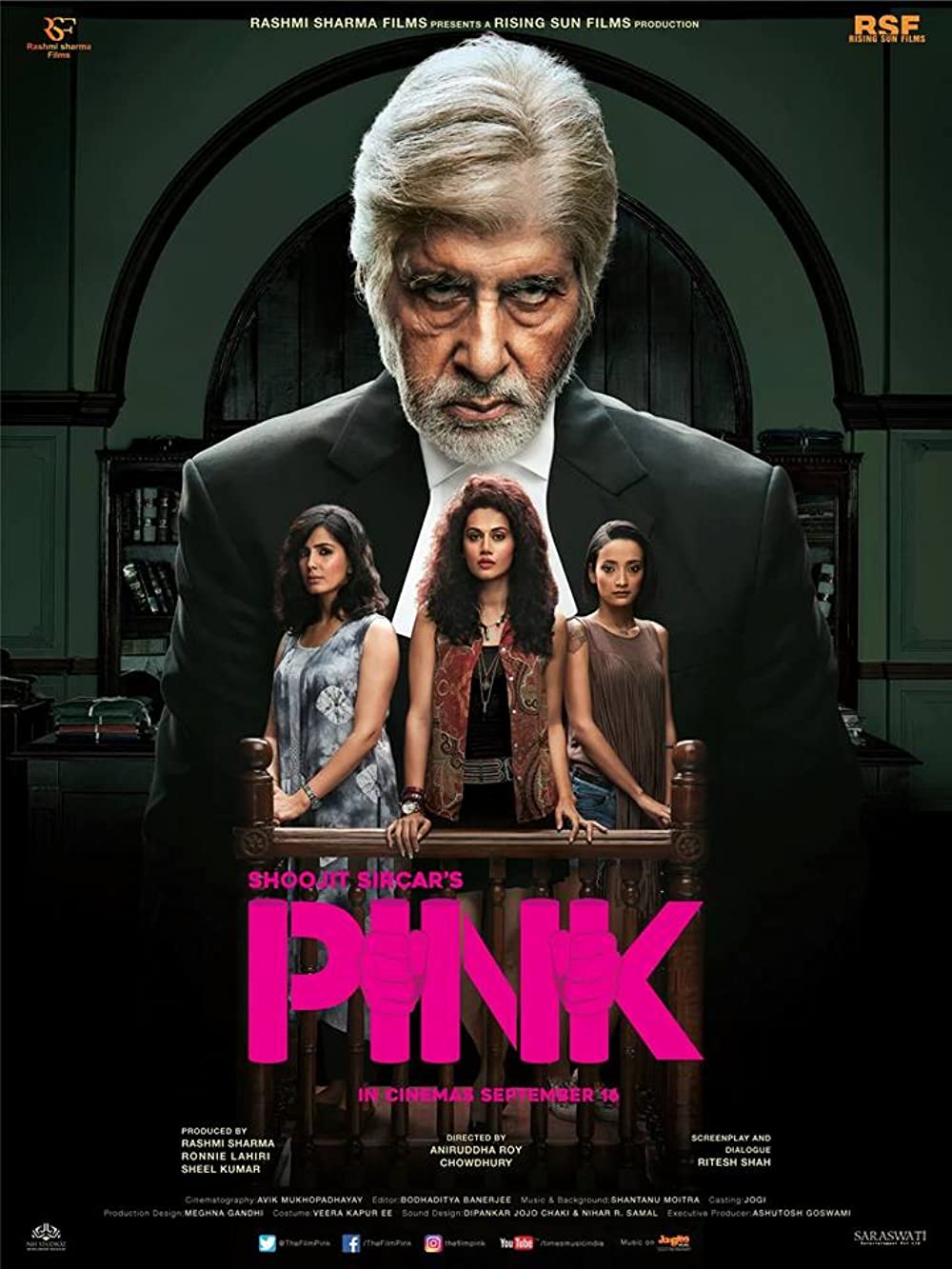 Sultan (English: King) is a Hindi-language sports drama film directed by Ali Abbas Zafar that was released in 2016. Salman Khan plays the title character opposite Anushka Sharma in the film, which is produced by Aditya Chopra under the Yash Raj Films banner. Sultan Ali Khan, a fictitious pehlwani wrestler and former world wrestling champion from Haryana, suffers a rift in his personal life as a result of his brilliant profession. On July 6, 2016, the film was released globally. It is one of the highest-earning Indian films of all time, grossing 623.33 crores ($93 million) worldwide. 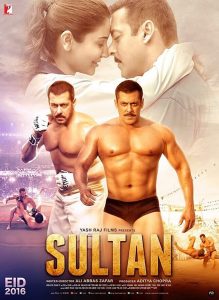 Haseen Dillruba (Taapsee Pannu, Vikrant Massey, and Harshvardhan Rane feature in the film. The film was released on Netflix on July 2, 2021. In 2021, Haseen Dilruba became the most-watched Hindi film on Netflix, hitting the top ten in 22 countries. 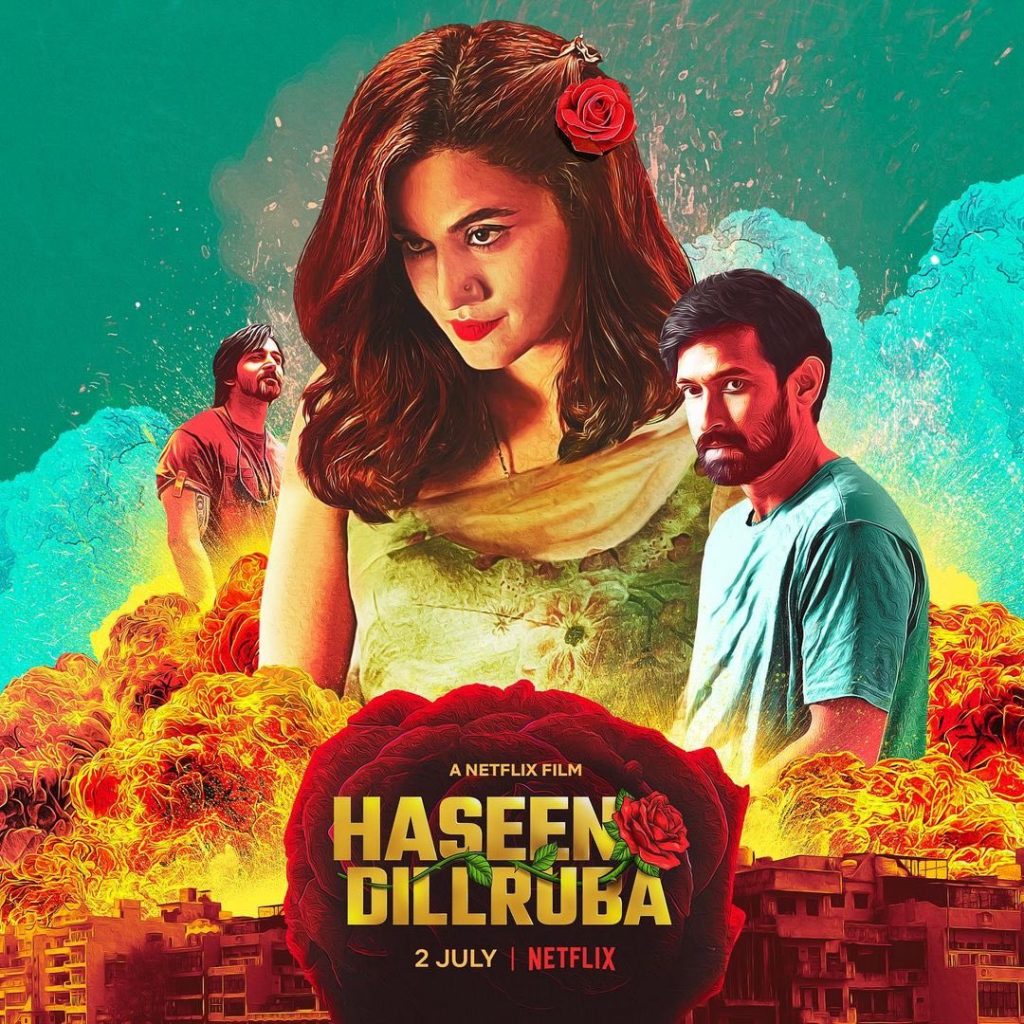 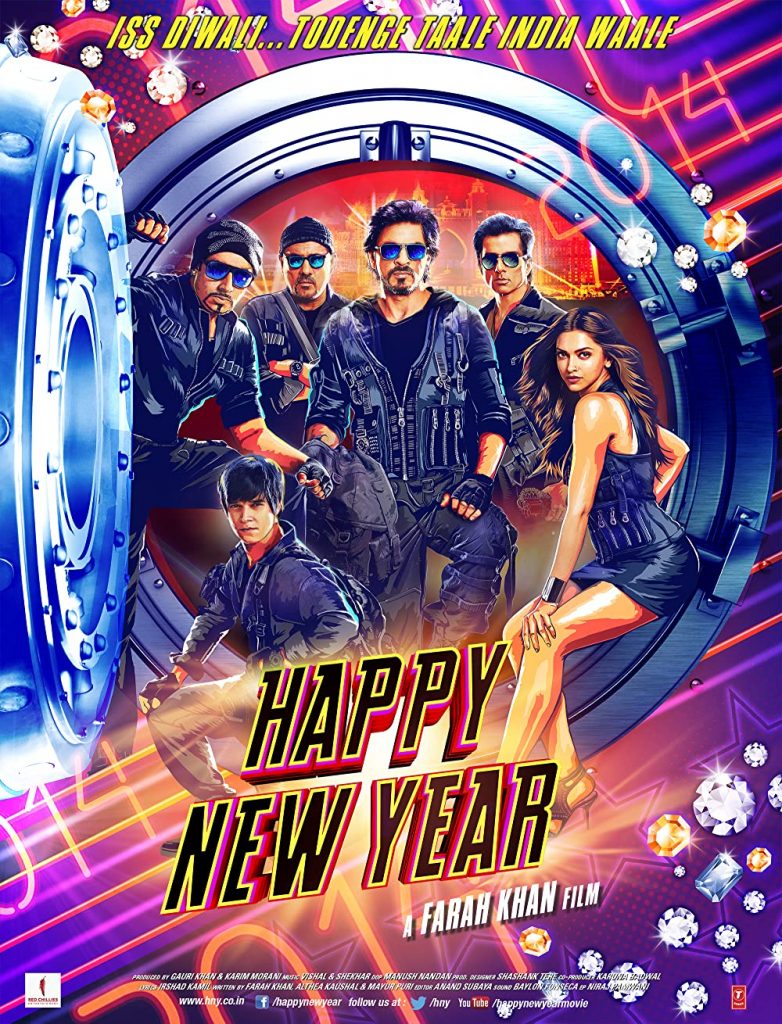 Krrish 3 is a 2013 Indian Hindi-language superhero film written, produced, and directed by Rakesh Roshan, with Honey Irani and Robin Bhatt co-writing the screenplay. Following Koi… Mil Gaya (2003) and Krrish (2005), this is the third installment in the Krrish series (2006). Hrithik Roshan, Vivek Oberoi, Priyanka Chopra, and Kangana Ranaut feature in the film. The plot follows Krishna Mehra, a.k.a. Krrish, and his scientist father as they battle the evil genius Kaal and his gang of mutants, lead by the merciless Kaya, in an extensive plan. 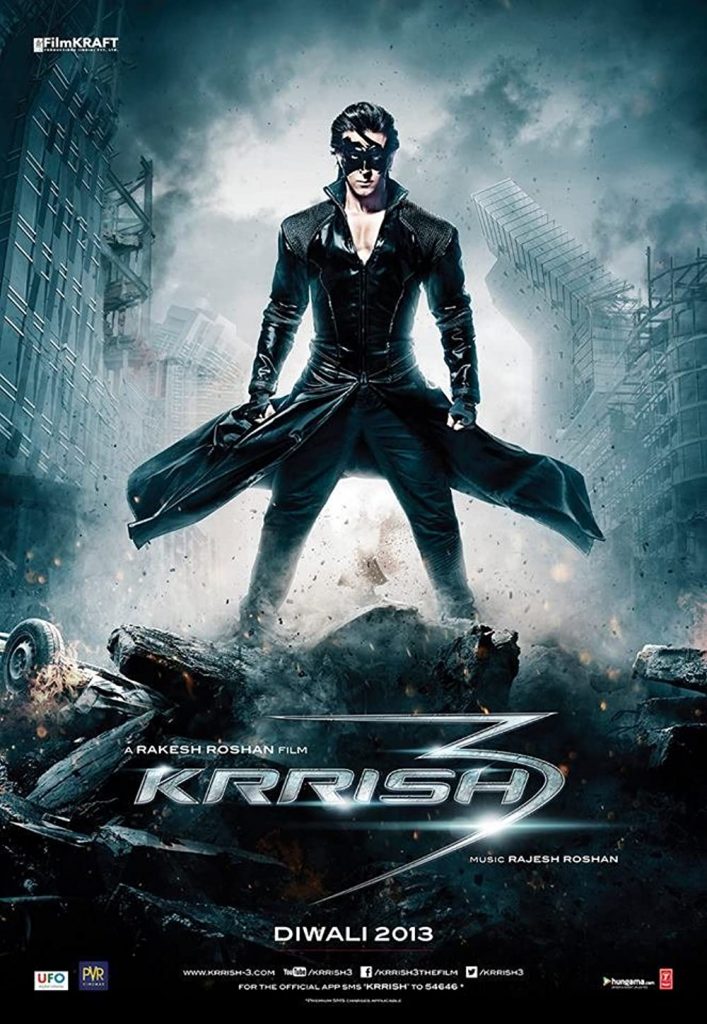 Chennai Express is a 2013 Indian Hindi-language action comedy film directed by Rohit Shetty and produced by Ronnie Screwvala, Siddharth Roy Kapur, Gauri Khan, and Karim Morani, based on a story by K. Subash and written by Yunus Sajawal with Farhad-Sajid dialogues. The film stars Shah Rukh Khan as Rahul Mithaiwala, a guy who boards the namesake train by accident and travels from Mumbai to Rameswaram with Deepika Padukone, the daughter of a local don. Supporting roles are played by Nikitin Dheer and Sathyaraj. 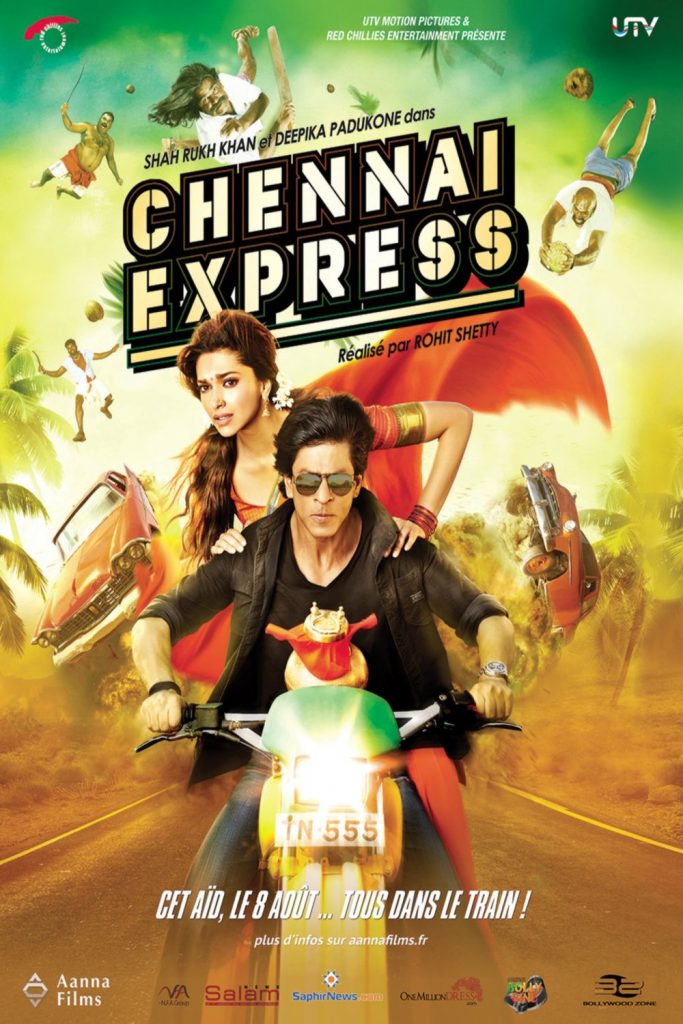 Dhoom 3 is a 2013 Hindi-language action thriller film directed by Vijay Krishna Acharya and produced by Aditya Chopra, who also co-wrote the script. Aamir Khan, Abhishek Bachchan, Katrina Kaif, Uday Chopra, Jackie Shroff, Tabrett Bethell, and Tabrett Bethell feature in the film. It is the third film in the Dhoom franchise and the sequel to Dhoom (2004) and Dhoom 2. (2006).
Abhishek Bachchan and Uday Chopra reprise their roles as Jai and Ali, respectively, in the film. The adversary is played by Aamir Khan. In supporting roles, Tabrett Bethell and Andrew Bicknell appear. Dhoom 3 was the first Indian film to be released in the IMAX motion picture film format with Dolby Atmos surround sound on December 20, 2013. 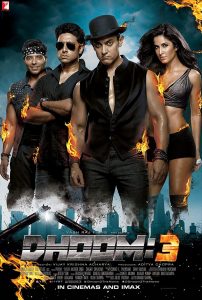 It is hoped that this list helps you chance upon some new favorites that you might have avoided due to the language differences, and ease out those struggles for you and help you know better.

10 Best Malayalam Movies on Netflix You Should Stream Immediately

House of the Dragon and Rings of Power: Battle of the Fantasy Epics