25 Hollywood Biopics We Want You to See Right Away

The reason biopics have a longer-lasting impact than your ordinary run-of-the-mill movies is that they’re rooted in facts. Consequently, they have more realistic storylines, and you’re more likely to be inspired by somebody who actually existed than a fictional character who’s a figment of someone’s imagination. With the beginning of a new year, we hope you watch some of these Hollywood biopics and feel inspired to live your best life.

Also read: 50 Must Watch Hollywood Movies Of All Time For A Movie Marathon

Steven Spielberg’s Schindler’s List isn’t just a great biopic, it’s one of the finest movies ever made. The story follows the life of Oskar Schindler, who, during the second world war, tries to save his Jewish employees from persecution by the Nazis. 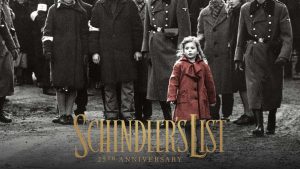 The movie follows the story of a woman named Erin Brockovich, an unemployed single mother of three children who becomes a legal assistant to her lawyer. When she discovers that a company has been poisoning a city’s water, she decides to do something about it. 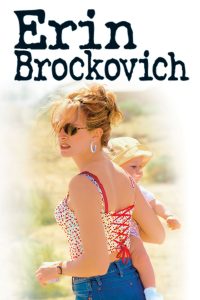 Freddie Mercury had a larger than life personality. His god-like demeanour on stage would make it hard to believe that the man had a very vulnerable side to him. Bohemian Rhapsody is a decent biopic; Rami Malek does his best at playing Mercury. However, what really carries the movie is Queen’s energetic music. 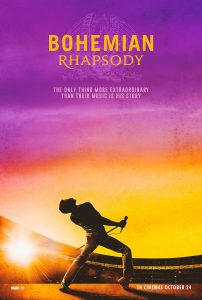 Late actor Chadwick Boseman is known all over the world for playing Black Panther in Marvel Cinematic Universe. However, he has had a far more illustrious career than you would imagine. Boseman plays the titular character in Marshall, a movie based on the life of Thurgood Marshall, the first African American Supreme Court justice. 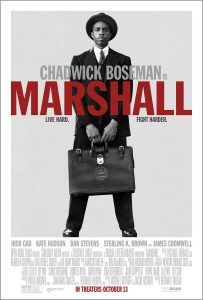 Benedict Cumberbatch plays Alan Turing, a brilliant but socially awkward British mathematician who leads a team of cryptographers trying to break Germany’s enigma code. The movie makes for an engaging watch as it follows the thrilling process of the team trying to make sense of the Enigma, however, the film could have done a better job covering Alan’s personal life. Nevertheless, the movie will stay with you for a long time, and the performance by the cast makes it to our list of must-watch Hollywood biopics. 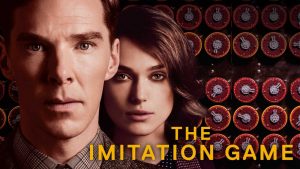 When King Edward VIII decides to abdicate the British throne to marry a divorcee, the crown lands on the head of Bertie, who goes on to become King George VI. The new king is untrained for the job and has a noticeable stammer. With war around the corner, he must address the British people with a fitting speech, even though the idea terrifies him. 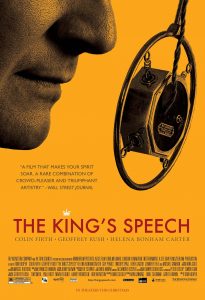 This 2015 movie is loosely based on the lives of artists Lili Elbe and Gerda Wegener, whose marital life turns upside down when Gerda’s husband begins to question the gender identity they associate with. 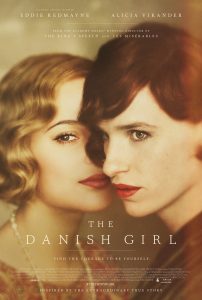 The movie takes its title from Elton John’s magnum opus and follows his life through the ages as he struggles with an absentee father, unfeeling mother, drug addiction, and coming to terms with his own sexuality. 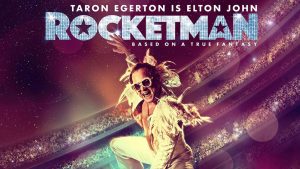 With an exceptionally talented cast that includes Charlize Theron, Nicole Kidman and Margot Robbie, Bombshell is an American drama film that follows the story of women who came out with reports of sexual harassment against Fox News CEO Roger Ailes.

Before Facebook was Facebook, it was Facemash, Zuckerberg’s juvenile attempt at getting back at his ex who dumped him. The Social Network follows the story of Zuckerberg as he works on his dream project while becoming increasingly alienated. 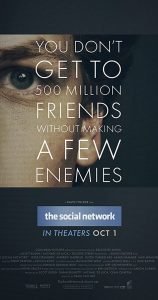 Helen Mirren stars in and as The Queen, a movie that begins immediately after the death of Princess Diana. The princess’s death leaves the rest of the royals in a strangely uncomfortable situation, while the newly appointed Prime Minister tries to control the damage. 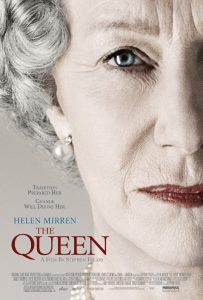 This 2017 black comedy follows the life of figure skater Tonya Harding whose reputation takes a hit when it is discovered that she is connected to the attack against her rival, Nancy Kerrigan. 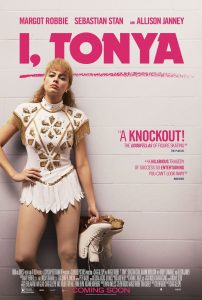 When three black women are hired at NASA in 1961, they face racism and gender discrimination but must work nonetheless to further the US space program. 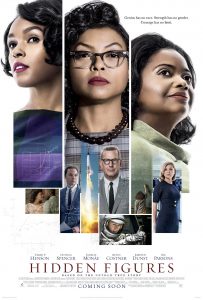 14. The Theory of Everything

Named after the famous book written by physicist Stephen Hawking, the film follows the physicist’s life as he struggles with a life-threatening illness but continues to work nevertheless. Eddie Redmayne shines as the world-renowned physicist and gives a career-defining performance. 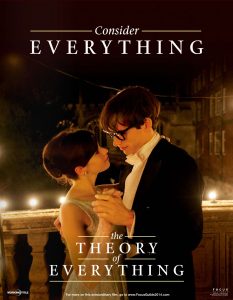 The movie follows the life of controversial black rights activist of the same name who became Muslim, and then a leader of the Nation of Islam. 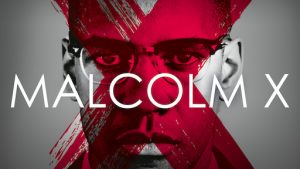 This 2016 movie follows the story of an Indian boy who is accidentally separated from his biological family and is adopted by an Australian couple. As a young man, he decides to search for his hometown. With a stellar cast that includes Dev Patel and Nicole Kidman, Lion is a biopic you must not miss. 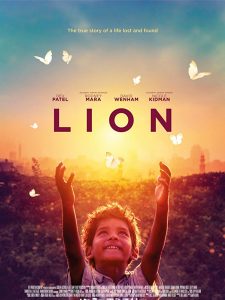 Queen Anne has been sick lately and her close friend and secret lover, Lady Sarah, has been looking after the empire. All is well until Lady Sarah’s cousin arrives at the Queen’s doorstep, and the two ladies vie for the Queen’s preference. The film is carried by an excellent screenplay and phenomenal performances from the supremely talented cast. 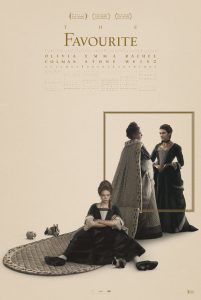 Based on the 1973 tennis match between legendary tennis players Billie Jean King and Bobby Riggs, and with a spectacular cast that includes Emma Stone and Steve Carell, Battle of the Sexes is a thoroughly enjoyable movie.

Based on the tragic life of Tejano singer Selena Quintanilla, Selena follows the highs and lows of the singer’s life as she starts her music career. Jennifer Lopez plays the titular role with a conviction that makes the movie an absolute tear-jerker. 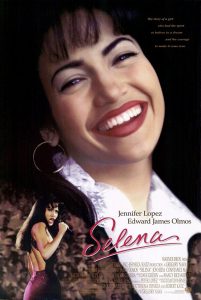 John Nash, a gifted but socially awkward mathematician, finds his life turned upside-down when he accepts a job as a cryptographer. 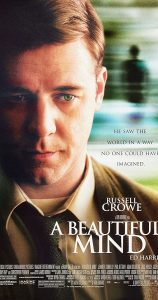 21. The Pursuit of Happyness

A homeless Chris Gardner finds himself at absolute rock bottom after blowing up his entire life’s savings on a product that doesn’t sell. The financial crisis takes a toll on his marriage and he is left to take care of his young son alone. Even as he struggles to make ends meet, he accepts an unpaid internship at a brokerage. 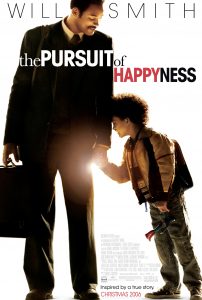 Successful business magnate Howard Howes is a man of many talents. He’s a filmmaker, a philanthropist, and a pilot among other things. His seemingly charming personality, however, hides crippling symptoms of Obsessive-Compulsive Disorder. As his mental health continues to deteriorate, his romantic life takes many hits. 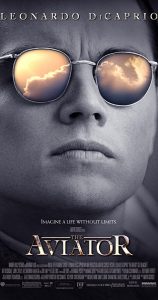 23. The Wolf of Wall Street

Jordan Belfort seems to have cracked the code when he makes an insane amount of money with stockbroking. He soon begins to give in to a life of promiscuity and drugs even as government bodies begin to investigate his earnings. 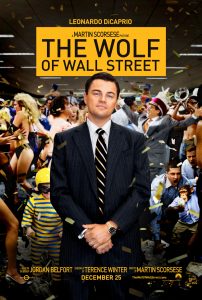 Before Muhammad Ali converted to Islam and became the biggest ever name in boxing, he was a young boy named Cassius Clay. The movie tracks the various ups and downs of the controversial man’s life and his larger than life story makes this movie one of the best Hollywood Biopics ever made. 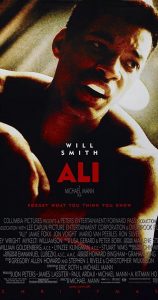 When college graduate Christopher MaCandless decides to leave his possessions behind and lead his life hitchhiking through America, he doesn’t realise he’s about to embark upon a journey that will change him as a person. 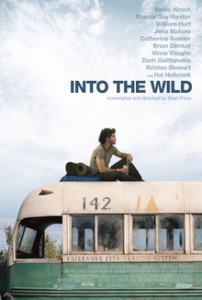 With this list of must-watch Hollywood biopics, we hope you begin the year with a rush of positive energy and give it the best you got. Did we miss out any of your favourite Hollywood biopics? Comment below!

32 Hindi AR Rahman Songs That Will Make your day

20 Most Awaited Bollywood Movies Releasing in 2021