Upcoming Hollywood Movies in January 2023 That Will Keep You Excited

It’s a new year and it’s time for some new fun and entertainment. 2023 for Bollywood is going to be an action-packed and drama-filled year. Hollywood is not too far from that either. With a lineup of several Marvel movies, 2023 is certainly going to be an eventful year for Hollywood and its fans all around the world. Though you’ll have to wait a little longer for the Marvel movies, you have nothing to worry about because we are here with a list of Hollywood movies in January 2023 that will keep your new year fresh and exciting!

Dog gone is a heart-touching story about the dysfunctional relationship between a son and his father who try to make amends when their dog gets lost. Based on a true story, it is a wholesome must-watch and is set to release globally on 13th January only on Netflix. 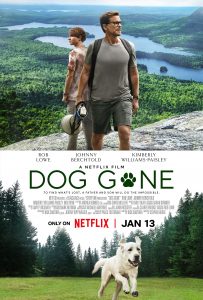 2. The subtle art of not giving a fuck

It is an adaptation of the famous book of the same title written by Mark Manson. This book has probably helped a lot of teenagers develop a pragmatic and reasonable approach towards life. Watching it in the form of an interesting documentary would already mean ticking off one of your many new year’s resolutions- that of not giving a f*ck! It is the first of its kind self-help movie and is one of the most awaited Hollywood movies in January 2023

After Chucky and Annabelle, we have another doll in the horror universe that will make you think twice before you enter Hamley’s. The movie deals with what happens after the creator of an AI doll hands a prototype over to her 8-year-old niece. It had a theatrical release on 6th January.

Starring Nicholas Cage, the movie depicts a typical Western American tale. It’s about a gunslinger who has to get back to business to fight the son of a man he had killed, only this time with his daughter. It is a promising Hollywood movie in January 2023 that was released in limited theatres on the 6th of January.

Produced by Christian Bale, Scott Cooper, Tyler Thompson and John Lesher, this is an intriguing crime-mystery drama.  It follows the story of a skilled detective who investigates some gut-wrenching murders with the help of his apprentice- who later goes on to become world famous mystery writer- Edgar Allan Poe. It was released theatrically on 23rd December 2023 and was scheduled for a Netflix release on 6th January. 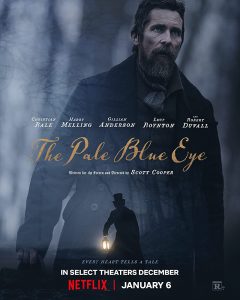 It was one of the most awaited Hollywood movies in January 2023. Directed by the celebrated Hollywood director, Guy Ritchie, the movie was released on the 3rd of January. It is a thrilling action spy comedy that involves a lot of chaos and will not fail to keep you excited and wanting more. 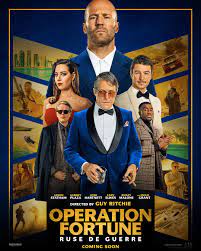 Plane is an upcoming action thriller movie starring 300 actor Gerard Butler, Mike Colter and Lilly Crug. With a brilliant plot and an even amazing casting this movie will surely keep you on the edge of your seats. It is scheduled for a theatrical release on the 13th of January. 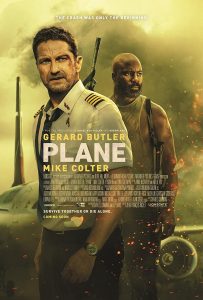 Such stirring and promising movies are sure to guarantee you a bashing beginning to this new year. There’s much more to come in the remaining months of 2023. Stick around to find out!

Also read: Upcoming Bollywood Movies You Need To Look Out For In January 2023

Saying ‘I Do’ in Style: The Top 10 Most Expensive Indian Weddings