Hollywood Movies Releasing in April 2022 To Watch Out

The film weaves together the perspectives of the mission’s astronauts and a kid growing up in Houston, Texas, around the historic moon landing in the summer of 1969. It captures the grandeur of the triumphant moment as it occurs, as well as how the youngster—a space enthusiast—imagines it. Apollo 10 12: A Space Age is based on the life of filmmaker Richard Linklater. Childhood is a coming-of-age story, a societal commentary, and an out-of-this-world adventure that captures American life in the 1960s. 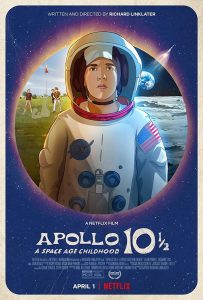 2. Better Nate Than Ever

In the next movie among the Hollywood movies releasing in April, Nate Foster (Rueby Wood), a socially awkward 13-year-old from Pittsburgh, aspires to be a Broadway musical star. He flees to New York City with his best friend and fellow theatre enthusiast Libby, tired of being overlooked and never being cast as the lead (Aria Brooks). The two run into Nate’s aunt Heidi in New York (Lisa Kudrow). She assists them in turning their lives around for the better, but not without some absurd and comical hiccups. 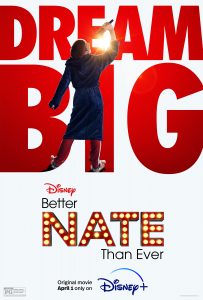 Yusuke (Hidetoshi Nishijima) is given the task of directing a new play, for which he is also given Misaki (Tôko Miura) as a chauffeur. As the show’s opening day approaches, tensions between the cast and crew rise, and Misaki proves invaluable in bringing the situation back into balance. But that isn’t the case. When they meet Koshi Takatsuki, a dashing and popular TV star who had an unwelcome connection with Yusuke’s late wife, Misaki assists Yusuke in confronting his past. 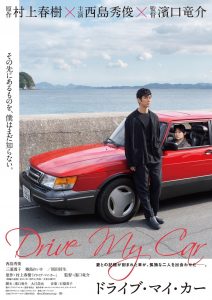 Dr. Michael Morbius (Jared Leto), based on the Marvel Comics character of the same name, is a dangerously ill man with a rare blood disorder who is determined to save others. He inadvertently infects himself with a form of vampirism while trying to find a cure. 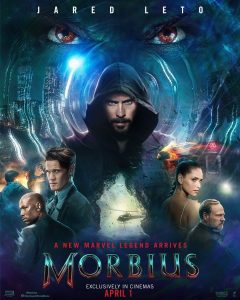 While quarantined and trapped inside a pandemic bubble at a posh hotel, the actors, actresses, and crew of a blockbuster action franchise about flying dinosaurs attempt to shoot a sequel. 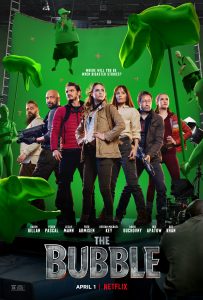 6. All the Old Knives

This modern-day espionage thriller is next on the upcoming Hollywood movies releasing in April. It is based on Olen Steinhauer’s novel of the same name, reunites two CIA operatives and former lovers in idyllic Carmel-by-the-Sea to re-investigate a mission carried out six years ago in Vienna. Celia (Thandie Newton) is being investigated by Henry (Chris Pine) for being a double agent, in addition to being his former lover. Flashbacks reveal the truth behind a devastating terrorist attack and peel back the layers of their past romance. 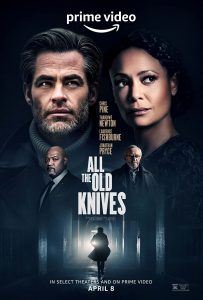 7. Fantastic Beasts: The Secrets of Dumbledore

Fantastic Beasts: The Secrets of Dumbledore transports you back to Hogwarts for new adventures and a fascinating look into Albus Dumbledore’s (Jude Law) youth and how he came to be. Dumbledore’s other brother is also introduced in the trailer for the third installment of the Fantastic Beasts film series, hinting at some exciting revelations. And Dumbledore sends Newt Scamander (Eddie Redmayne) on a new mission to Brazil to stop the dark wizard Gellert Grindelwald’s plans (Mads Mikkelsen). 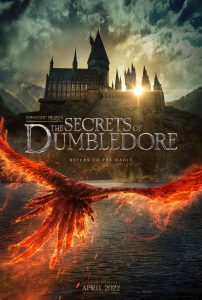 In the next from our list of upcoming Hollywood movies releasing in April, Hunter (Adrian Greensmith), a diehard metal fan who is well aware of his history and shreds, doesn’t fit in with the other students at Glenwood Lake High. Hunter wants to win the Battle of the Bands, which is coming up soon. Kevin (Martell), Hunter’s closest friend and drummer, is a quiet, loner percussionist in SkullF—-er, the school marching band, and is learning to adapt his musical skills as the drummer. But Hunter thinks he’ll never find a bassist for them until he overhears Emily (Isis Hainsworth) playing her cello. The adolescent misfits turn to metal in order to win the Battle of the Bands and are worshipped as gods. 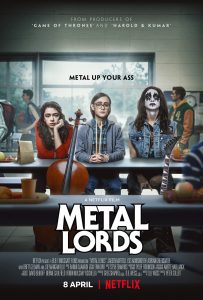 Sonic (voiced by Ben Schwartz) is ready for more freedom after settling in Green Hills, so Tom (James Marsden) and Maddie (Tika Sumpter) agree to leave him at home while they go on vacation. Dr. Robotnik (Jim Carrey) reappears, this time with a new partner, Knuckles (Idris Elba), in search of an emerald with the ability to both build and destroy civilisations. Sonic teams up with his own sidekick, Tails (Colleen O’Shaughnessey), on a quest to recover the emerald before it falls into the wrong hands. 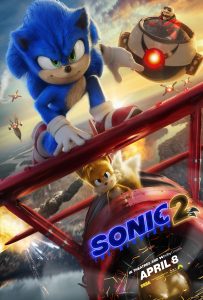 An eccentric billionaire (Daniel Radcliffe) becomes engrossed in Sage’s work to the point where he believes she knows where the treasure mentioned in her last adventure book is hidden. Sage is kidnapped and transported to a jungle, with the billionaire pressuring her to reveal the location of the treasure. Soon after, Alan sets out to save Sage and prove that he can be “Dash” outside of the fictional world. As a result, the unconventional duo embarks on a hilarious quest for survival in the wild. 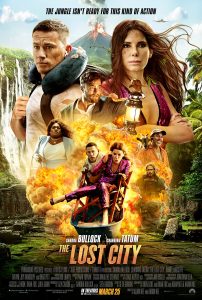 This computer-animated crime comedy film is based on author Aaron Blabey’s popular series of children’s graphic novels of the same name. After a lifetime of legendary heists, Mr. Wolf (Sam Rockwell) and his gangmates Mr. Snake (Marc Maron), Mr. Piranha (Anthony Ramos), Mr. Shark (Craig Robinson), and Ms. Tarantula (Awkwafina) are apprehended. Mr. Wolf proposes a deal to avoid the prison sentence and live the rest of their lives behind bars: they will leave the criminal life and become law-abiding model citizens, making it their most difficult con yet. 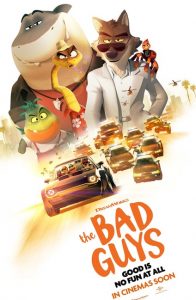 12. The Unbearable Weight of Massive Talent

In this action-comedy satire which is also next on our list of Hollywood movies releasing in April, Nicolas Cage plays a version of himself. Due to a lack of funds, he agrees to make a paid appearance at a billionaire super fan’s birthday party, but the billionaire fan is actually a CIA informant. 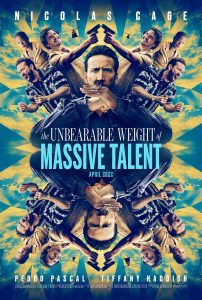 13. Prayers for the Stolen

In Guerrero, a Mexican village dominated by drug trafficking and human trafficking, three young girls reach puberty. The film captures these girls’ feelings and experiences, as well as their perceptions of their surroundings. 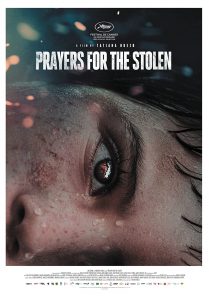 This concludes our list of Hollywood movies releasing in April 2022. Make sure you don’t miss your favourite actor in the theatres or on any streaming services. Let us know the best ones to look out for!

Nations to watch at Eurovision 2022