One can find 100s of Hollywood movies on space out there. There are only a few which leave a deep impact on the audience. Some of these movies have plenty of scientific and technical goof-ups but still, they remain etched in our minds. While there are a few movies that are based on real events, most of them are purely fictional. Maybe that fictional element is what draws us the most towards such movies, gives us a scope to let our imaginations run wild, to wonder what’s beyond the great blue sky. Deep-down, all of these movies are grounded on the concept of survival. Let’s have a look at 10 Hollywood movies on space that tickle our sense of wonder and inquisitiveness. I promise, there will be no spoilers.

The first movie that comes into our mind when we think about the best Hollywood movies on space is Interstellar. It is an astounding story about a group of astronauts that travel across the universe to find a habitable planet for the survival of the human species. The way it deals with the theme of family is heart-touching. It dives into the dark recesses of human nature and explores just how far a person can go for the sake of survival. At the same time, it celebrates the power of sacrifice that humans possess. It is the movie that has immortalized the Dylan Thomas poem- Do not go gentle into that good night. This movie is marvelously breathtaking on so many different levels. 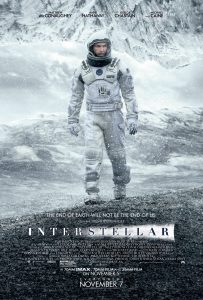 When you read a book, you hope and pray that the movie adaptation is nearly as good as the original. The Martian doesn’t disappoint. It is the story of an astronaut stranded on Mars and his unbelievably wonderful efforts to survive and let the people on earth know that he has survived. Matt Damon with his brilliant portrayal of Mark Watney redefines the idea of hope and survival.  The movie has the perfect balance of humour, drama, thrill, and fantasy. If you love science fiction, then you should try this movie (and also the novel, it’s too good). 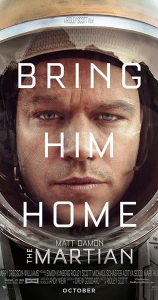 An asteroid is about to destroy the earth, millions of people are going to die. A group of deep-core dwellers is recruited as astronauts to go and destroy the asteroid itself. I agree, it’s unrealistic. But this film still is one of the most popular Hollywood movies on space. It has Ben Affleck and Bruce Willis as the saviour figures. It makes you laugh and it makes you cry. It is a full package. And c’mon, you are already humming I don’t wanna miss a thing as you read this! Aren’t you? 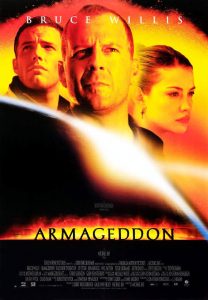 This movie was adapted from the book, Zathura, written by the author of ‘Jumanji’, Chris Van Allsburg. So yes, this is also a board game gone wrong movie. Two brothers, their elder sister, and a stranded astronaut go through a space adventure of a lifetime to finish a game so that they can return home. One of the most popular children’s movies of the century, Zathura is equally loved by adults. 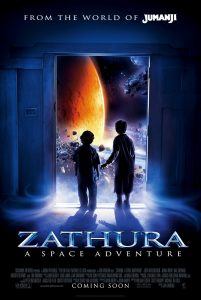 This 1968 science fiction classic is a masterpiece by Arthur C. Clarke and Stanley Kubrick. Take my word for it, if it counts, this movie is incredible. It is a jamboree of artificial intelligence, the possibility of extraterrestrial life, and space travel. It has almost every ingredient that makes a perfect space movie. The background music will take you to another world, you will feel like you are in space. Just go ahead and watch this beautiful piece of art. You can thank me later. 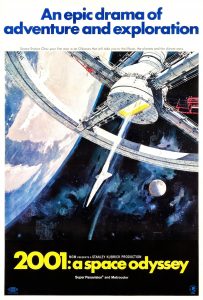 6. Guardians of the Galaxy

It is, without a doubt, one of the most loved Marvel movies (if we can agree to forgive Star-Lord for his goof-up in Infinity War). On the surface, it is a superhero movie, but deep down it is a movie about adventure, friendship, love, and so much more. It has the craziest bunch of characters including a friendly raccoon and a tree called Groot who can only say one word- Groot. And we all love Groot. We do. It is a brilliantly paced movie, with the right amount of nerd factor. This movie also introduces us to the infinity stones. It also has a bunch of different mutants, aliens, and the protagonist is an extraterrestrial criminal! Can this movie BE any more about space? 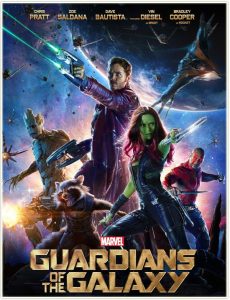 7. A Hitchhiker’s Guide to the Galaxy

Feel like visiting the Restaurant at the end of the Universe? This hilarious, silly, and an oddly satisfying movie will take you there. On the surface, it looks like an easy-breezy movie, but in fact, it deals with mind-bending themes and ideas. It shoves the destruction of a planet In your face with a goofy smile. I think the last line pretty much sums it up. 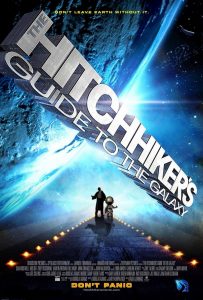 A group of astronauts goes on a mission to re-ignite the dying sun to save the earth from freezing. Okay, now that’s something amazing, isn’t it? The movie is quite intense, even overwhelming at times, but never boring. It is a visual treat, like most other films on the list. It has a huge ensemble cast but still, each character is highlighted beautifully. It is considered to be a highly underrated sci-fi by most people. But it has its shortcomings. All in all, investing 2 hours to watch this movie is worth the time. 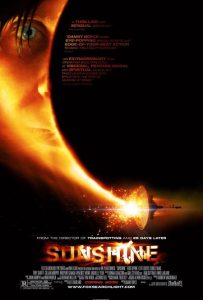 This 2013 space thriller was a rage at the Oscars, being nominated in 10 categories and bagging 7 of them. It is a movie that is not only appreciated by the critics but also loved by the audience. And man, oh man does it deserve all of the praise. Two astronauts get stranded in space when their shuttle gets destroyed by debris. The movie is about their struggle to survive by helping each other.  The movie is a visual spectacle, with beautiful visual effects occupying almost 90% of the screen-time. Not to forget the brilliant performances by both Sandra Bullock and George Clooney. This movie is hands down one of the best Hollywood movies on space ever made. 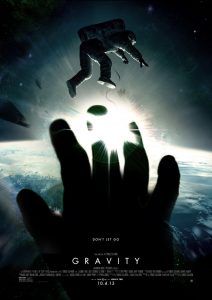 The only Pixar movie on this list, it is undoubtedly the most endearing space movie that one can think of. A lonely robot named WALL-E falls in love with an unmanned probe named EVE. They travel across the galaxy with their love and their hope to make the earth survivable again. The movie is a metaphor for life itself as it presents it in the most magnificent adorable manner. Like all Pixar movies, this movie will make you cry out of happiness. 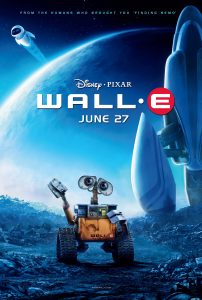 I am the only person singing Space Oddity after going through this list? Can you hear me, Major Tom? Let me know in the comments section if you can, and also, what are some of your favourite Hollywood movies on space?

15 Best Indian YouTubers You Should Be Following Right Now!