2020 was a year that changed and challenged sports in one way or another. With the absence of live sports, viewers were left wondering what would become of their favourite sporting events. As the world began shutting down due to the pandemic, sporting events’ resumption seemed like a distant miracle. On the other hand, it revitalized the love for the game, and many lessons were learned. Here is how 2020 changed cricket. 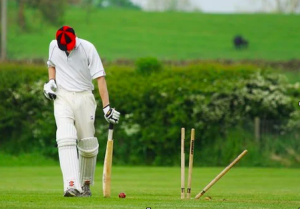 As governments started shutting down due to the pandemic, many sporting events were also suspended, including cricket. The ICC decided to cancel the T20 World Cup, instead opting for the IPL. However, sporting events started returning later in the year, but the absence of fans. It first started with the England Cricket Board coming up with bio-secure safe solutions to ensure cricket’s safe return. The Board of Control for Cricket India also followed suit and organised a successful IPL. The mega tournament was a breath of fresh air as it set the record for its largest audience in terms of minutes since it started 13 years ago. Mumbai Indians emerged winners for the 5th time, highlighting the growing rift between MI and other teams playing in the tournament. While Mumbai Indians basked in their victory, it was heartbreak for the three-time IPL winners Chennai Super Kings as they were a pale shadow of their former past. MS Dhoni also came under intense criticism for his leadership style and batting, with others, even calling for his omission from the Indian side for the upcoming T20 World Cup. If you fancy your chances for your favourite team, then you may want to consider visiting www.hindislots.com, for a wide range of betting options. The Caribbean Premier League and the Lanka Premier League were also completed, and as the year came to an end, crowds had started being allowed to grounds in Australia and New Zealand.

One of the biggest impacts the pandemic had on cricket was in terms of funding. Since it heavily relies on broadcast revenues, cancellations greatly affected funding. This model is becoming unsustainable, and cricket authorities will have to reconsider how the sport is funded. Since fans only cared about marquee Test Cricket games such as fixtures involving India, England, and Australia, sponsors are more interested in these games. This means there is a growing financial disparity between cricket boards in other parts of the world.

The death of George Floyd prompted calls for an end to racism. Most sporting events now start with players taking a knee as a symbol against racism. 2020 will also be remembered when one of the most vocal Black Lives Matter supporters, Michael Holding, gave a moving speech in Southampton about racism. He also highlighted the importance of educating young people of colour, so they do not grow thinking there are lesser important than others. While his speech prompted England and West Indies players to issue a statement condemning racism by taking a knee, South Africa, which has suffered greatly from the vice gave conflicting signals.

Top Moments That Defined Cricket In 2020