10 Hard Hitting Posters That Reveal The Hypocrisy In Our Society

People, their customs and beliefs, constitute a society. With strong opinions, concrete thoughts and eloquence, Indian societies drive the nation. However, a common but shameful occurrence that our society is now plagued with is hypocrisy. At times, we tend to contradict ourselves in order to project intellectualism.

So, ScrollDroll in association with The Logical Indian presents the two-facedness prevalent amongst the educated and so-called modern & intellectual society.

1. My choice empowers, his choice harasses 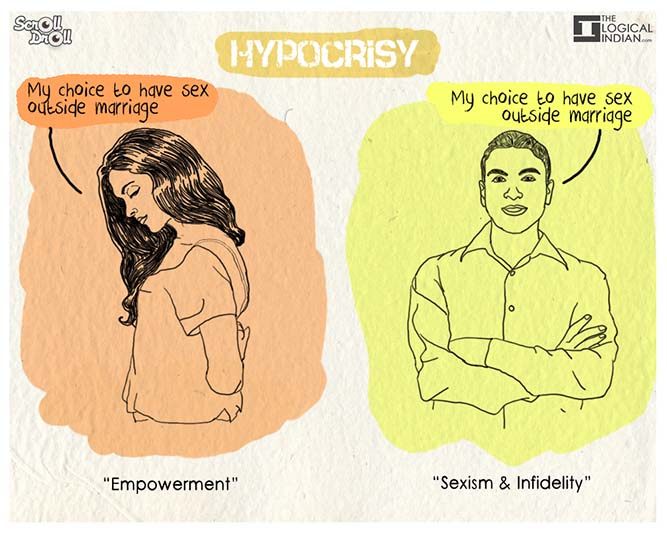 2. Reservations are fine till we benefit out of it, else who cares 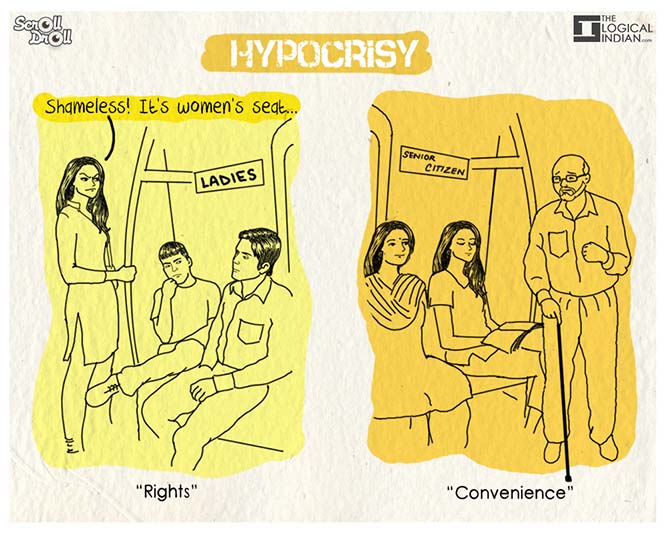 3. It’s ok for us to stereotype others but others shouldn’t do the same to us 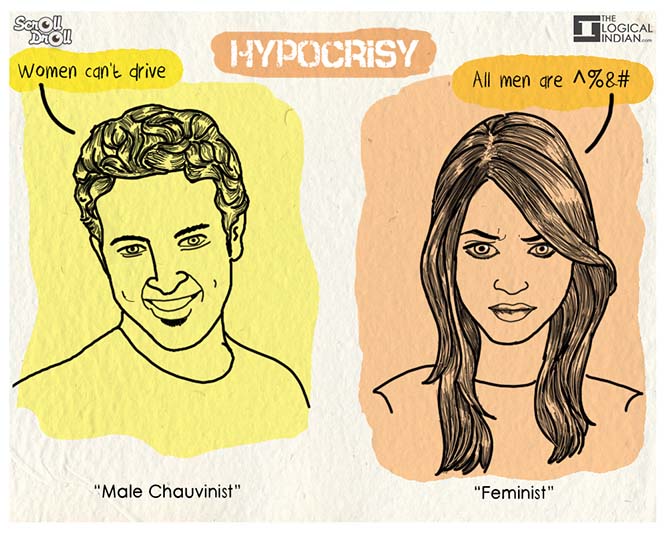 4. What you preach and what you practice need not be the same 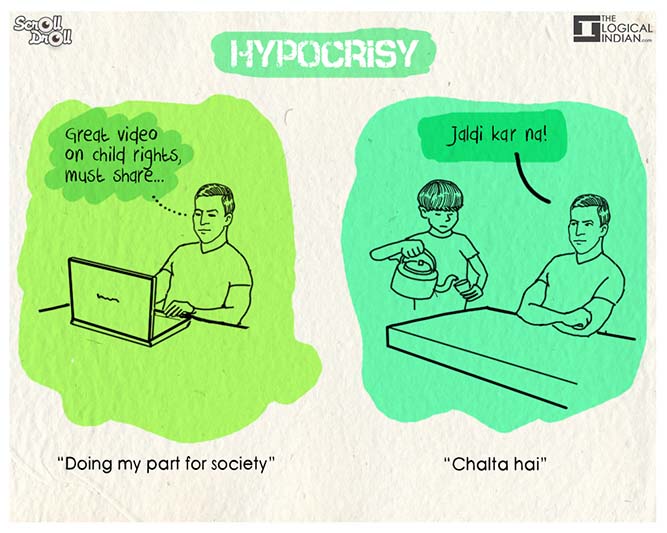 5. It’s not racism until we are at the receiving end 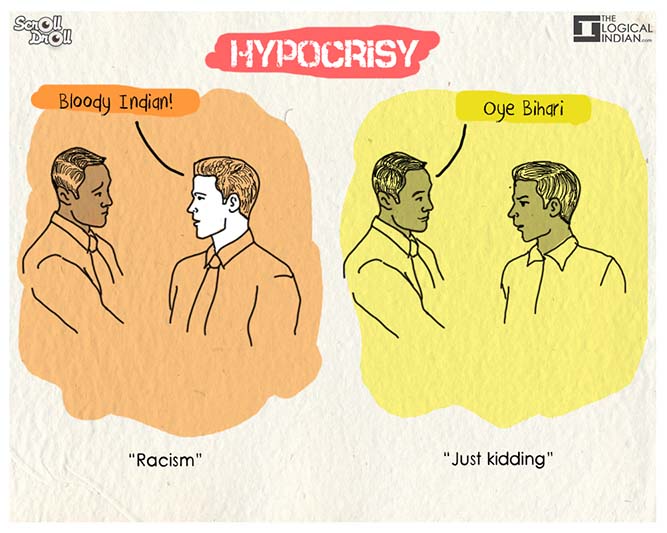 6. A man in a dhoti is a ‘ganwar’, a few girls can be called  ‘Jhallis’ but short skirts shouldn’t be judged 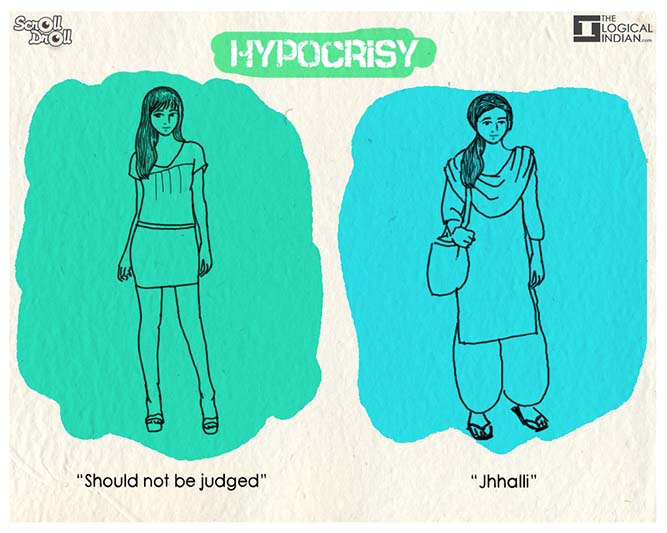 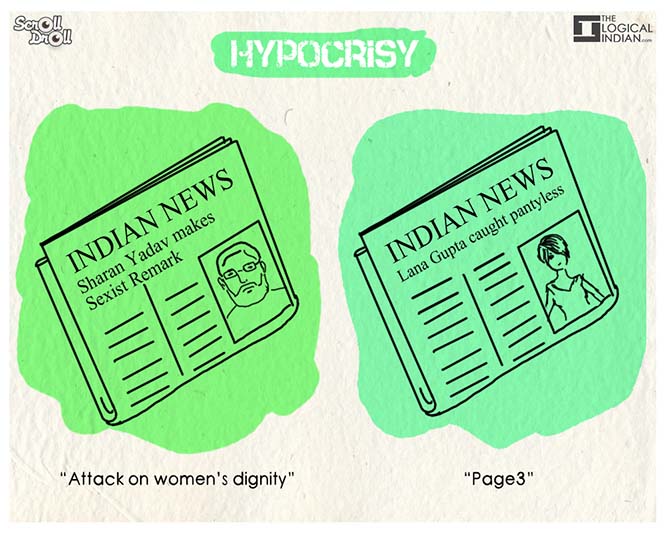 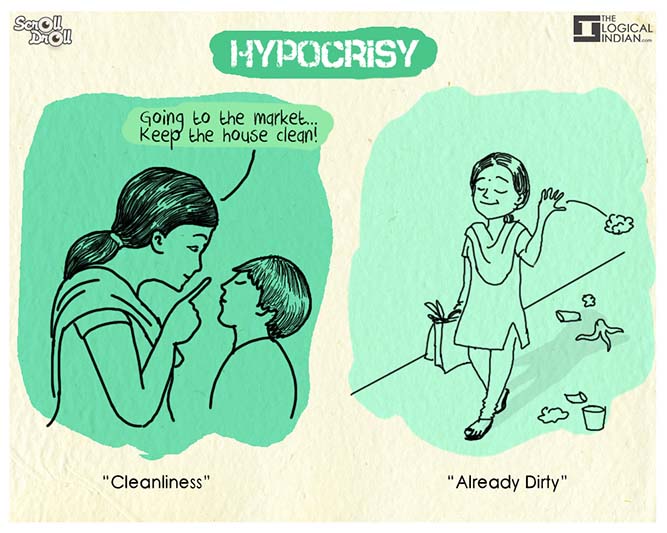 9. Our favourite video ban concerns us more than the death of thousands of our fellow countrymen. 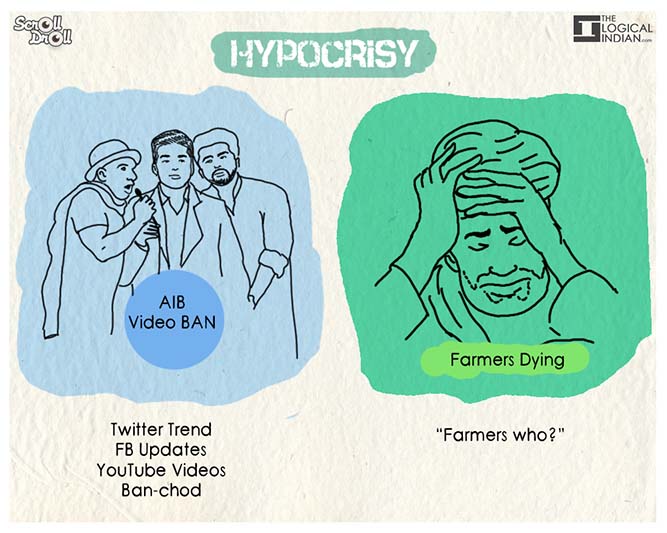 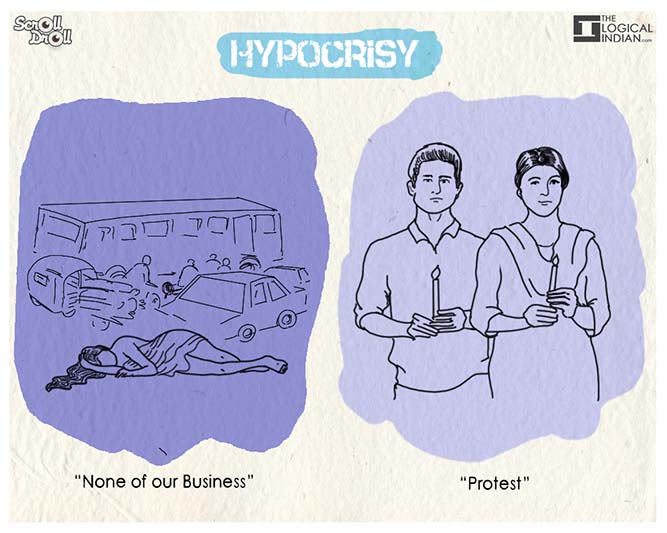 If we continue to be two faced, then we’re building nothing but a shallow nation. We must squelch a social evil when we see one, tweeting about it later won’t solve the problem.

So, let’s try not be a hypocrite and practice what we preach.

That’s how you become an ‘Adarsh Girlfriend’!